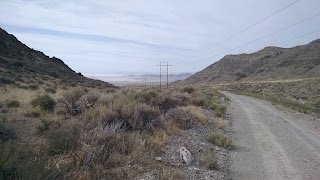 Shari, her mom and I were looking for something to do this weekend and during midweek I logged into the WendoverFun website and read that they were having 5x comps on Saturday night.  Normally 5x is almost an instant given we'll be there.  We looked at prices of the hotel and it was about $130.  Ugh... too much.

Then we had my mother in law call and she plays more aggressively than we do.  Turns out they were willing to throw her a $30 room for Saturday night.  So we booked it.  I later checked the calendar on the website again and discovered I had misread the day -- no 5x comps.  Womp.  We decided to go anyways and just enjoy the time out there.

So on Saturday at about 1pm we pointed the car west and made the 126 mile to Nevada.

Normally when we arrived in Wendover, we are ravenous and ready to eat.  However, with us arrived at about 2:45 and the buffet closing at 3pm for their lunch to dinner transition we headed over to the Rainbow and managed to check in.

Normally I have zero luck at the Rainbow, but being we had a bit of time to kill I jumped on Fu Dao Le and managed to get some decent bonuses including this gem:

By the time we took off for Montego Bay, our stomach's were growling and my wallet was a little fatter.  Since I was ahead I put $25 on the red hot Royals over the Rays and another $25 on the Cubs over the Dodgers.  Note to self: the Cubs may be hot, but they are guaranteed to lose when you bet on them.  I wound up splitting the ticket.  Fun but it cost me about $2. 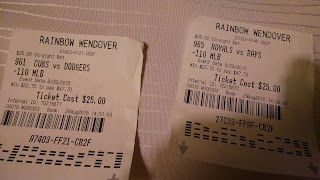 I did pretty good damage to the buffet.  Shari and I ate for about $30 since we had comps we could use to help put a dent in the bill.  Shari's mom ate for $2 since she had comps too.  Wendover continues to treat us well: 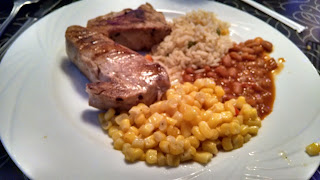 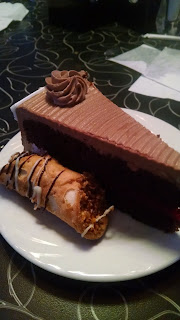 After eating, and seeing someone make a killing on a Fu Dao Le near the buffet, I wound up jumping on one and nailed some pretty good bonus rounds: 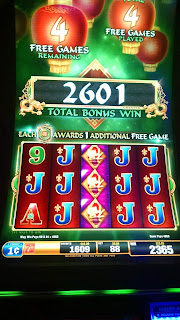 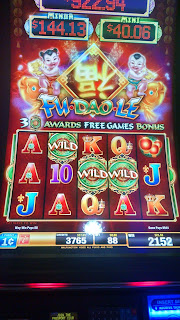 The machines started to go south on me so I opted to hit the pool.  Shari and her mom wound up driving themselves back to the Rainbow.  I did some swimming and hung out in the sauna.  A pretty nice night actually and very relaxing: 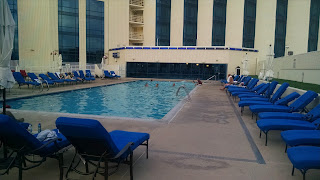 After cleaning up I wandered around Montego Bay a bit more before hitting the road.  It was a really nice night to walk:


I popped into the Peppermill and sort of broke even before returning to the Rainbow.  I wound up finding Shari and her mom.  Her mom was doing quite well and was up about $100 or so.  I was up about $60 or so.  Around 10:30 I was starting to get tired, so I bought some snacks at the (overly priced) gift shop and went to sleep by 11.

I actually slept pretty well.  Having gone to sleep at 11, I managed to stay pretty much asleep until 8AM.  Knowing that Shari and her mom take forever to get ready, I popped on my running shorts and headed out.

I am sort of in taper mode and running the trails north of town is a tough run.  Looking at MapMyRun.Com, I did about 10 miles total, which is about 5 miles more than what I wanted to.  As usual, wanderlust got the best of me and I thought Pilot Peak was just another quarter mile ahead.  Boy was I wrong!

Either way the run started at the Rainbow Casino, about 4400 elevation and I wound up peaking at about 5675 feet.  Wow, 1200 feet.  No wonder I was dragging.

I did get to see Pilot Peak again, but the day was really hazy, so I didn't get any great pictures.

I didn't bring any water and time was somewhat limited so I didn't attempt to get too much closer.  Besides, I am supposed to be tapering.

Luckily, however, a friendly ATV rider saw me and while I could've finished the run without support, he did give me a spare bottle of water, which I did take and greedily drink.  I should know better than to run in the desert without water.

The run heading back was awesome, since it was primarily downhill and I fly back in nothing flat.  I did snap a bunch of photos:


Once I was cleaned up, we loaded up the car and headed back to Montego Bay for breakfast.  Shari and I had a 2-for-1 pass and my mother in law earned another free buffet.  Score.

After eating, I jumped on Fu Dao Le near the buffet.  Since we've eaten at the buffet, I've seen how "hot" this machine can be.  The first twenty I put in yielded nothing, but the second twenty got me the pick'em bonus and I managed to nail a minor $119 win.  Sweet!

I did okay on some other machines at Montego Bay but mostly managed to break even for the rest of the morning.

A little bit later we opted to head over to the Peppermill.  Shari and her mom hadn't been there this trip.  I wound up getting a decent bonus round or two, but anytime I won something I chased it away in a different machine.  Shari's mom's experience was a bloodbath and anything she was ahead by, she gave to the Peppermill and then some. 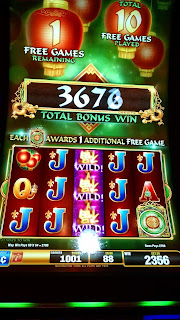 Well, I had a good trip.  I wound up coming home with a few extra bucks in my wallet.  I didn't get an accurate count before I left, but after tips, money I gave to Shari and my profits, I figure I won around $75 - $100.  I am a pretty conservative gambler and I have some trips planned in September, so I am glad to have come home with a little extra spending money.
Posted by Eddie Gaul at 5:51 PM