With all the buffets I've been eating on my Reno trip I knew I needed to burn a few extra calories.  I woke up early on Friday morning and decided to go run a few laps around the Virginia Lake Park.  However, my curiosity got the best of me (as usual) and one turn lead to another.  Before I knew it, I was heading towards downtown via Plumas Street.

Plumas is lined with older houses and is definitely a main thoroughfare in the early morning.  There was a nice sidewalk there and I only had to wait at a few lights.  It also had a suburban feel and definitely less commercial than the run I had done a few days ago along Virginia Street.

I made it downtown and decided that I was going to run along the Truckee Bike Trail.  This trail is part of the early miles of the Reno Marathon.  I've wanted to run the Reno Marathon for a while now but it hasn't fallen into my plans.

The bike trail actually is more of a walking / running trail.  There were signs saying "no bikes", which was nice.  Like any other urban city there were quite a few homeless, but I didn't see any signs of vandalism.  The trail was lined with tall and stately trees.  To the south of the trail was some mansions overlooking the Truckee River.  The north side of the trail consisted was mostly businesses.

Being that I was on a time constraint, hadn't eaten, and wasn't carrying any fluids, I did venture a mile or so down the trail before heading back to the hotel.  This is definitely an ideal paved trail and I would've loved to have explored it further. 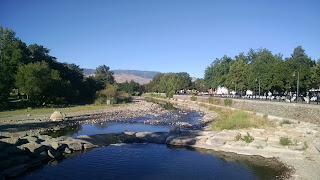 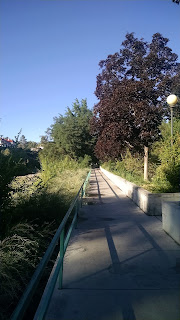 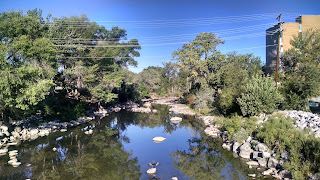 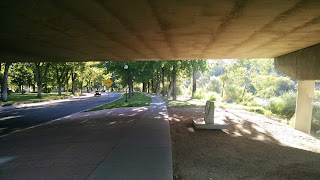