One of my favorite things to do when I am in a new town is to take a run and go exploring.  I had gone to bed pretty early the previous night as I was exhausted from my half marathon and all the sight seeing I had done the previous day.  Not only that, I had spent most of the evening wandering around the older casinos.

I actually slept pretty well and was up just before 6AM.  I tossed and turned a bit debating on whether I really wanted to go for a run.  After about 15 minutes I threw on my shorts and headed out.  I needed to get some miles in, I needed to burn a few calories in anticipation of eating some buffets later in the day and I really wanted to explore and get more photos of Ely.

It had rained in the night and the roads were all water slicked. However, it wasn't raining as I took off.  There were some really awesome cloud formations over the mountains and I quickly snapped a picture of that as I took off from the east side of Ely: 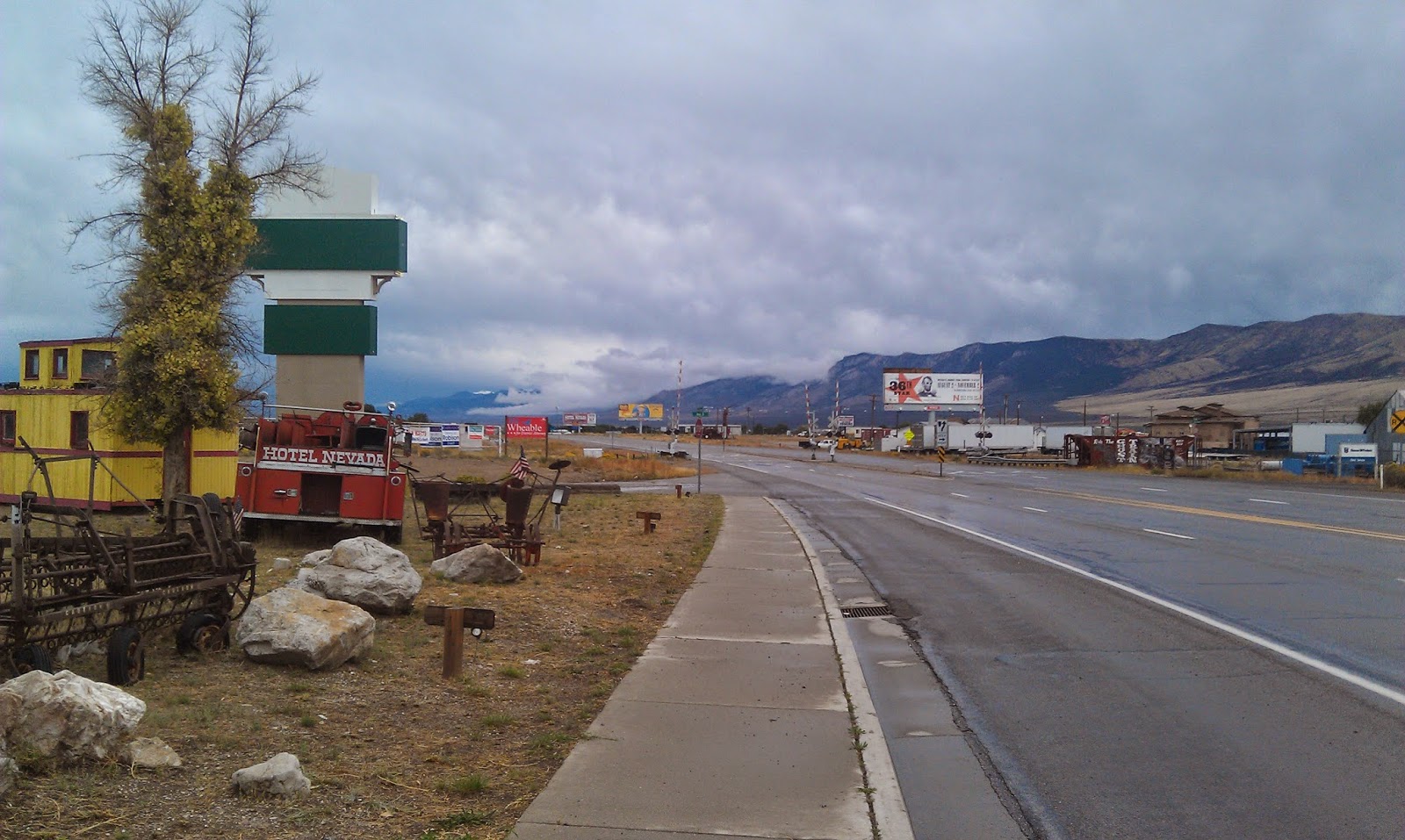 I followed the main drag west towards the downtown area shooting pictures of whatever struck my fancy.  My main goal, however, was to see what the old casinos looked like in the early morning.

I ran primarily on the sidewalk and there was little traffic to worry about.  It was like the entire town was still asleep.  I only saw a handful of people walking their dogs.

My first stop was to the cemetery.  The cemetery is right off the main street and offered a glimpse of history.  There were a few graves that were recent, but a great many of them were from the 1920's: 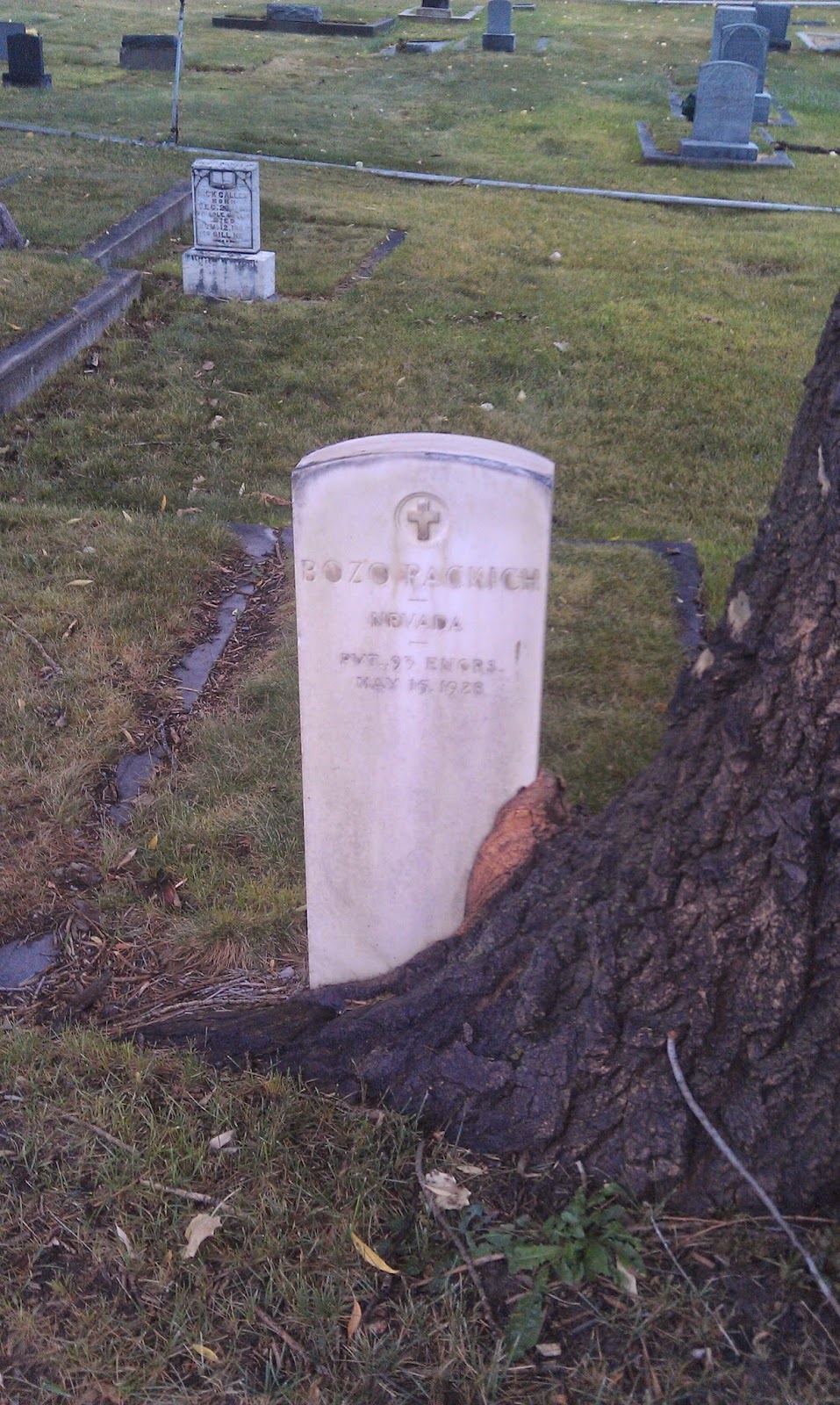 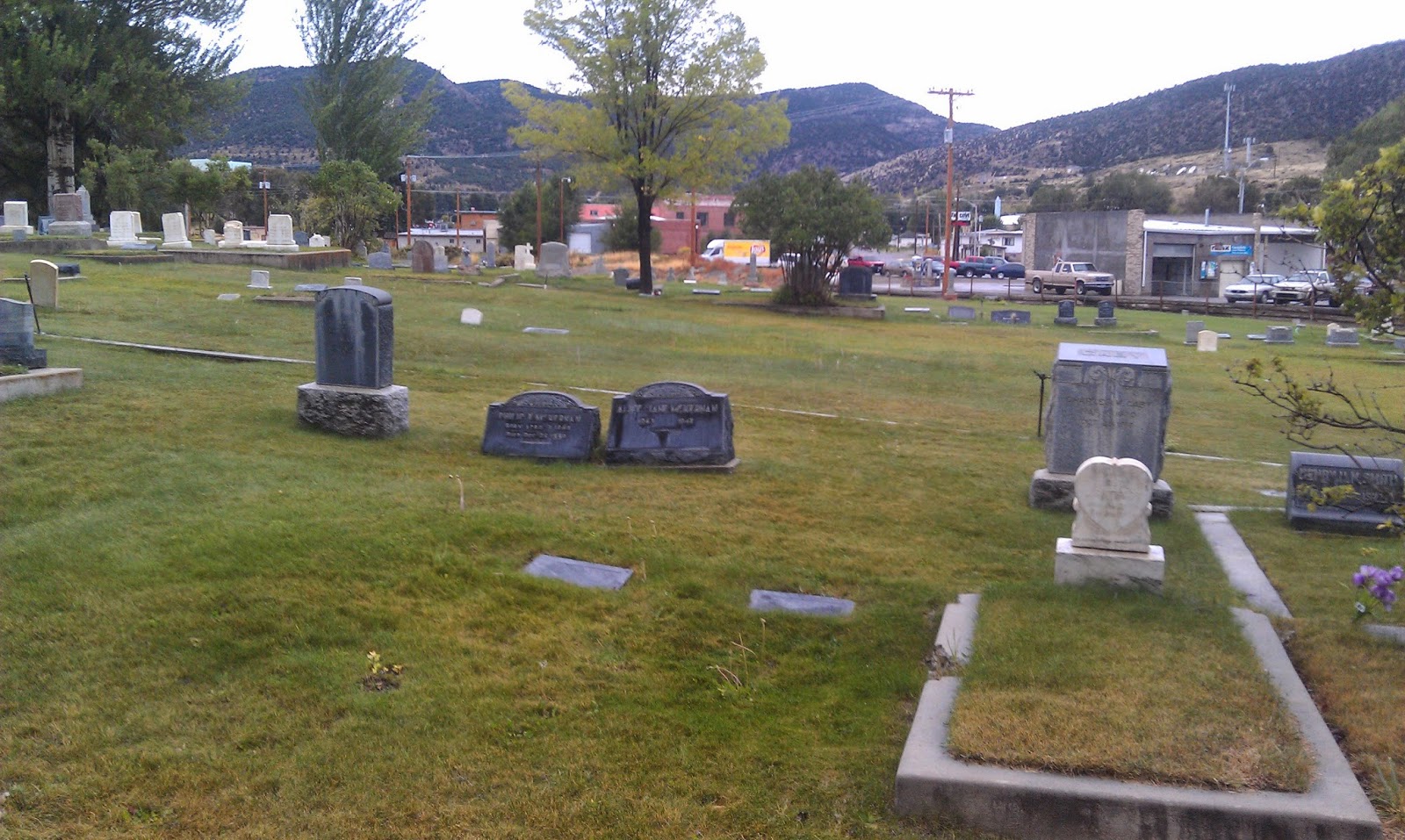 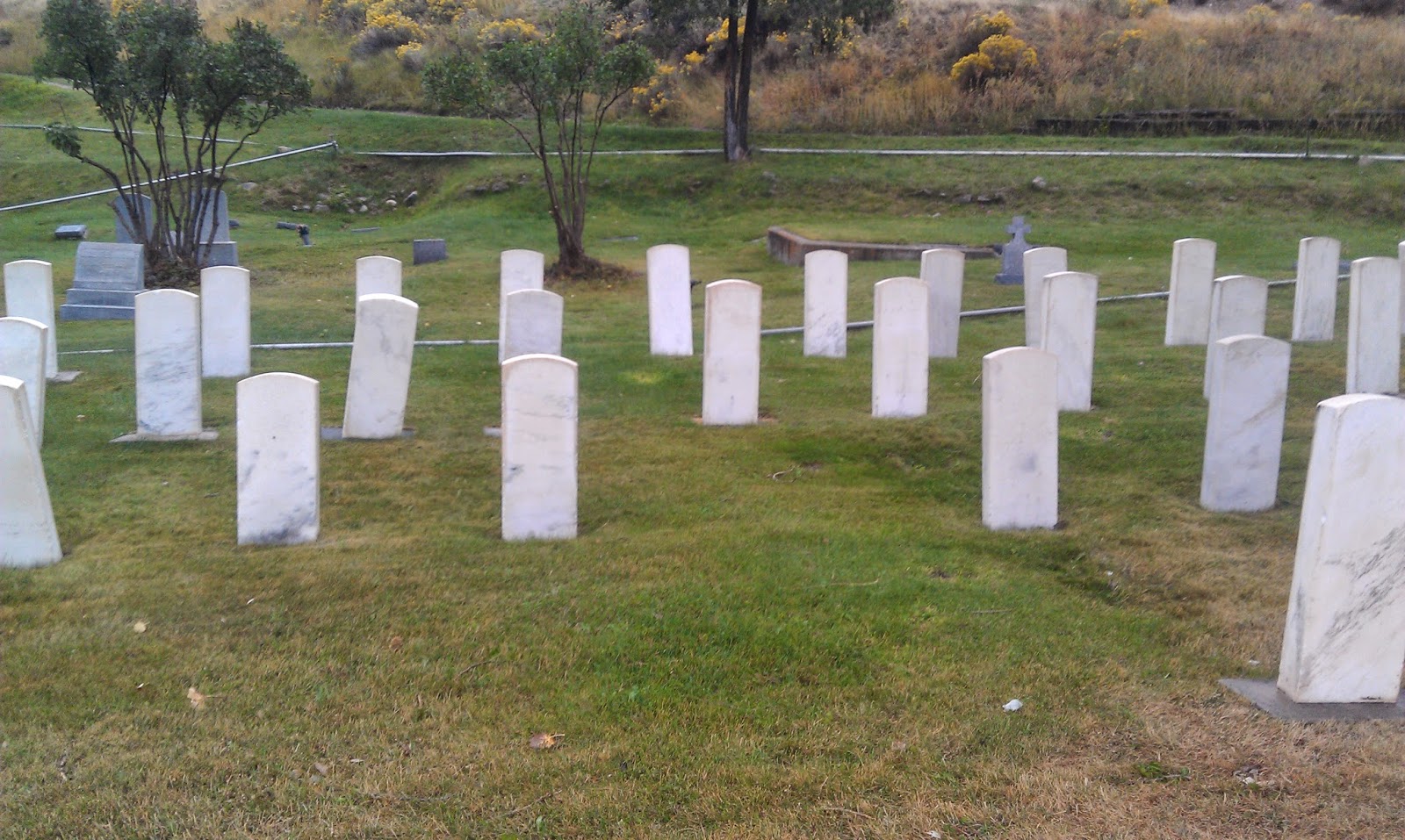 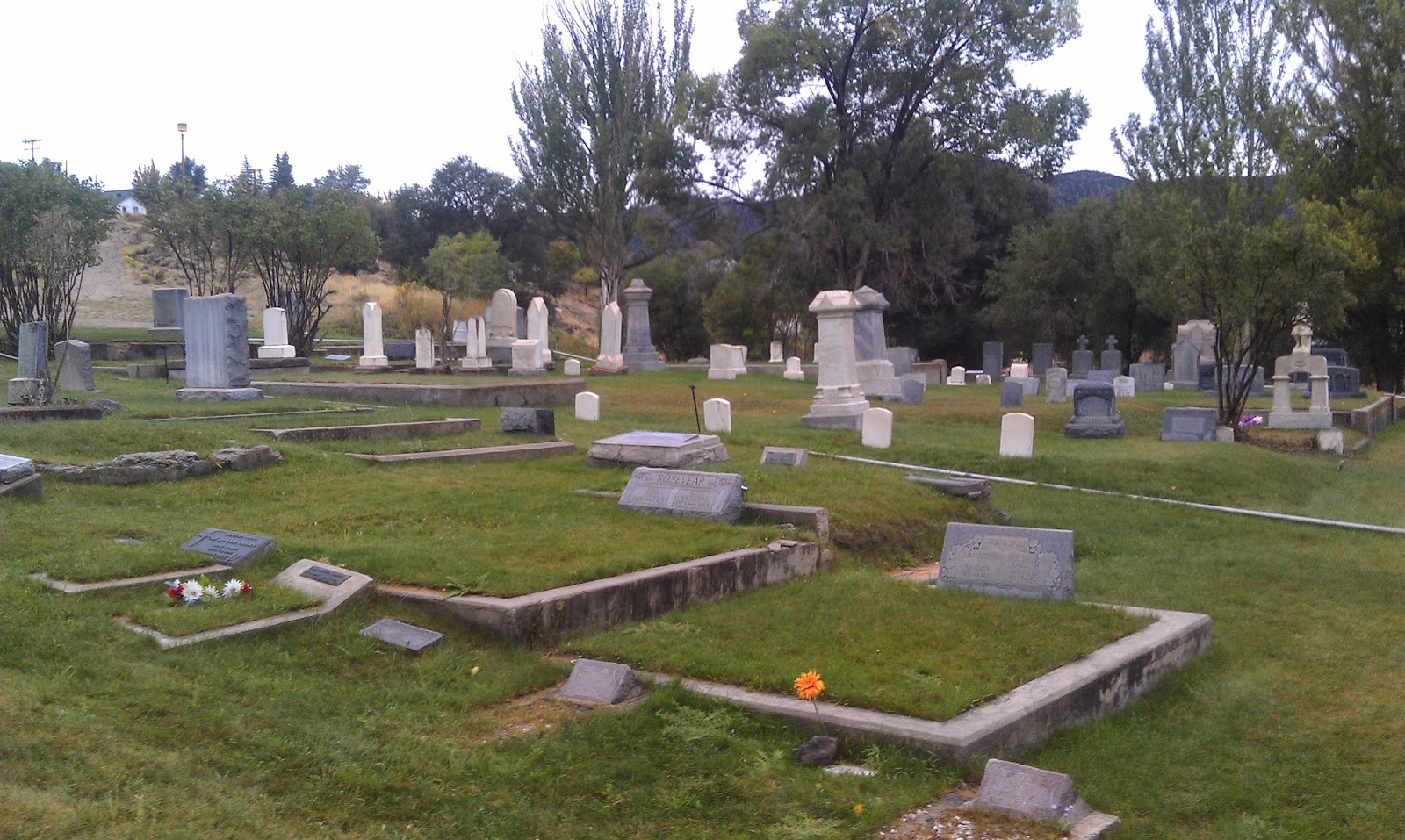 I rounded the corner and started to descend into the older section of town.  One of the more charming areas was the courthouse park and the White Pine Middle School.  The park had a little creek running through it and looked like a community gathering place.  The school looked like a fairly big but older building.  I am sure it had been around for a while: 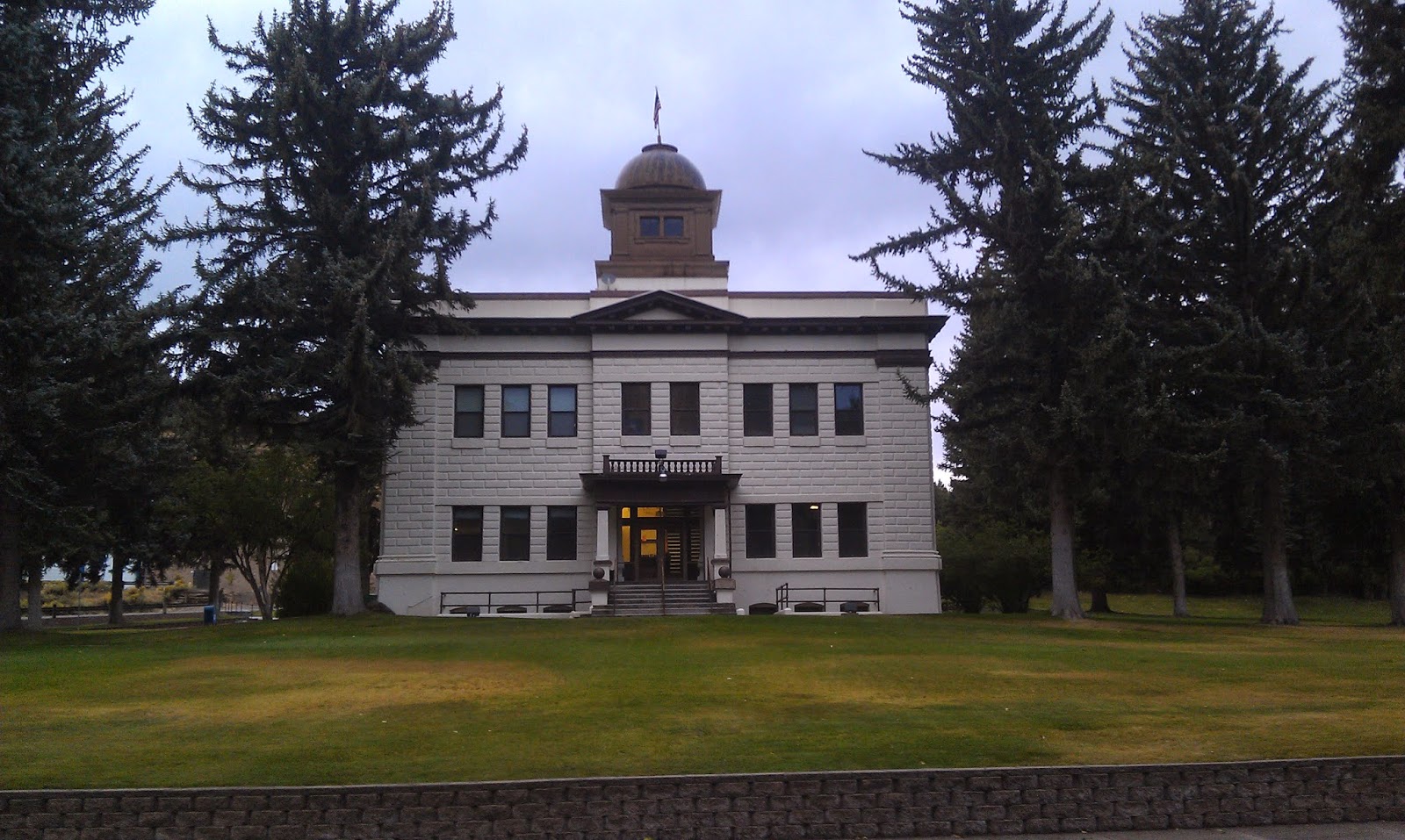 After going through the park I was greeted by the older hotels and shops, including the famous Hotel Nevada: 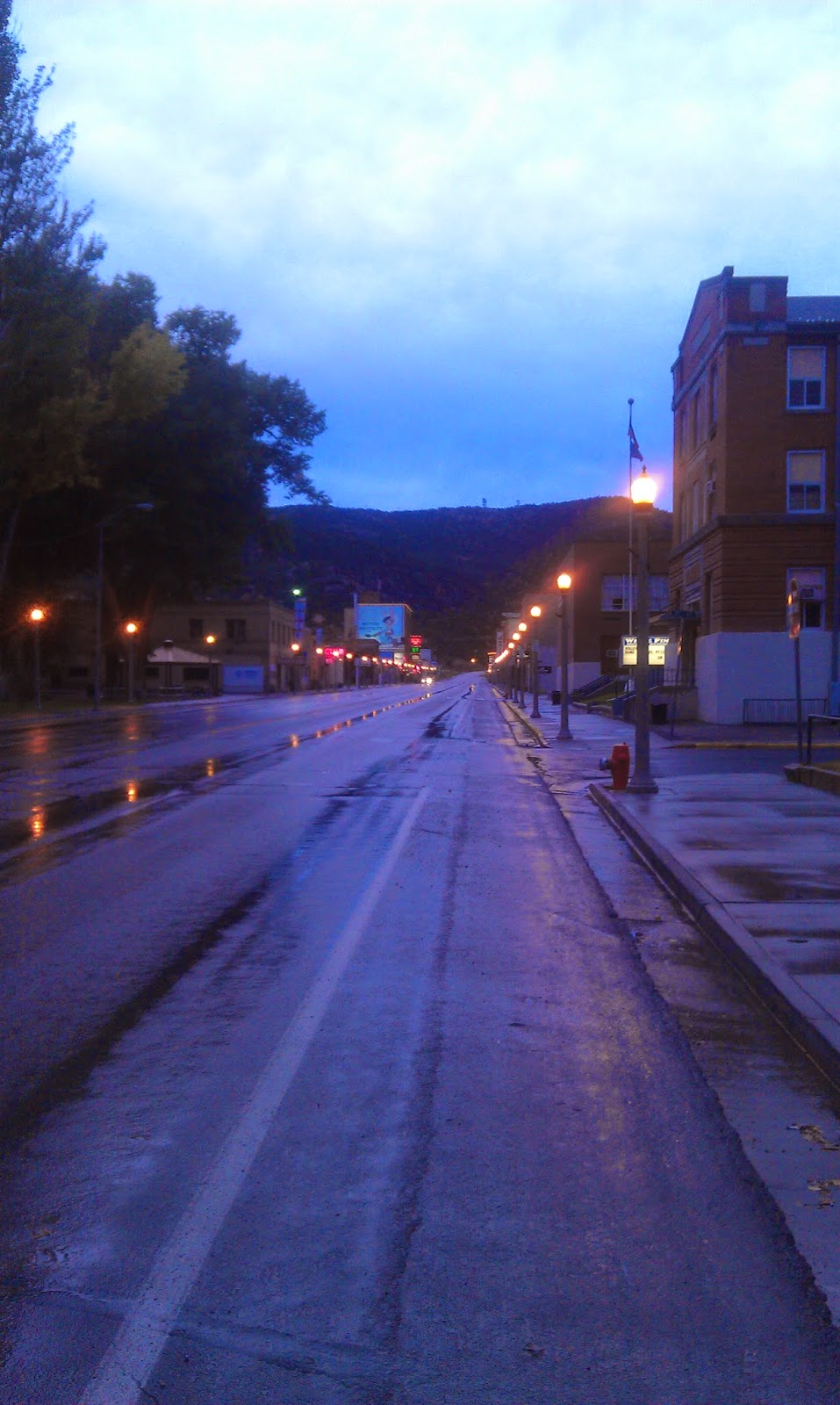 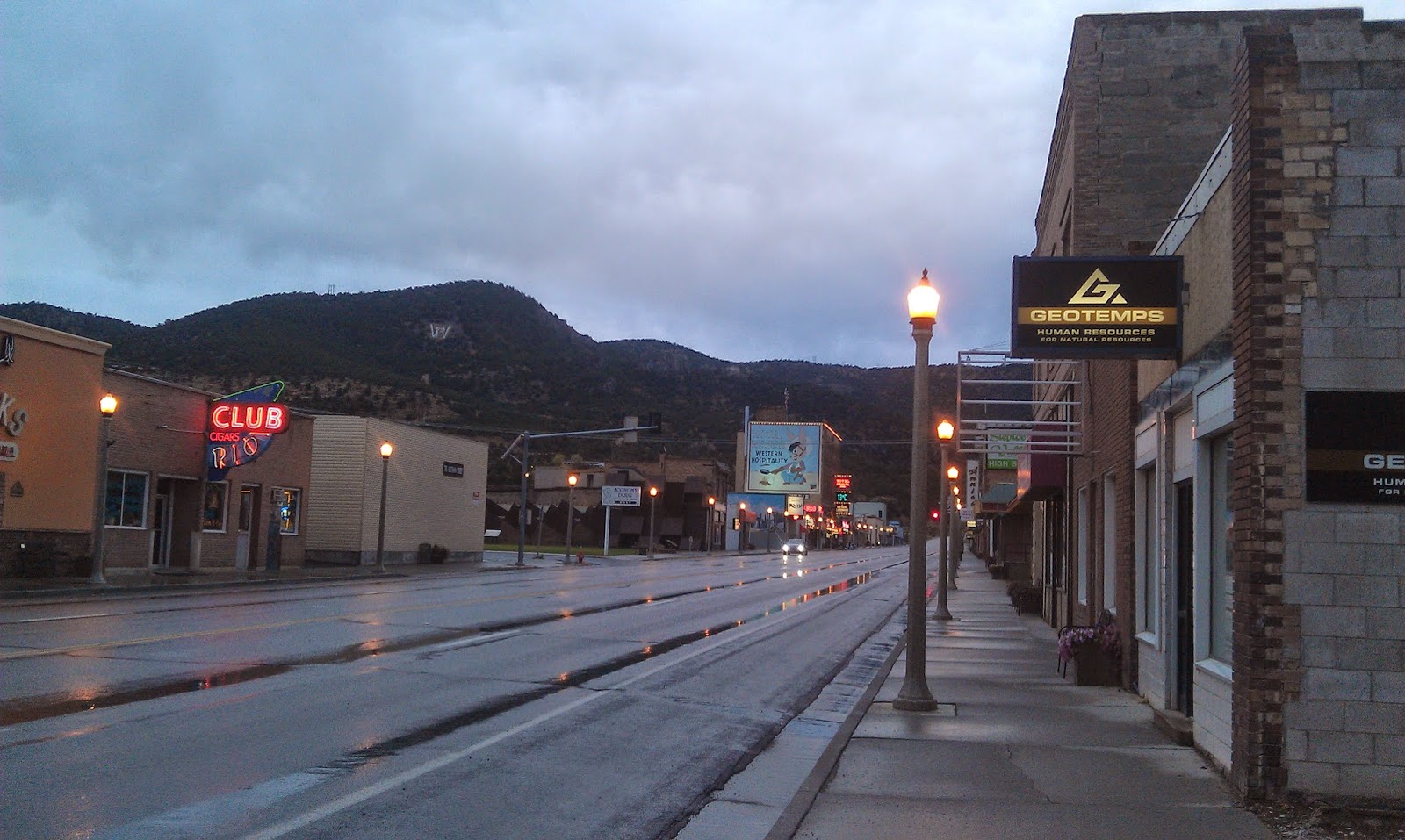 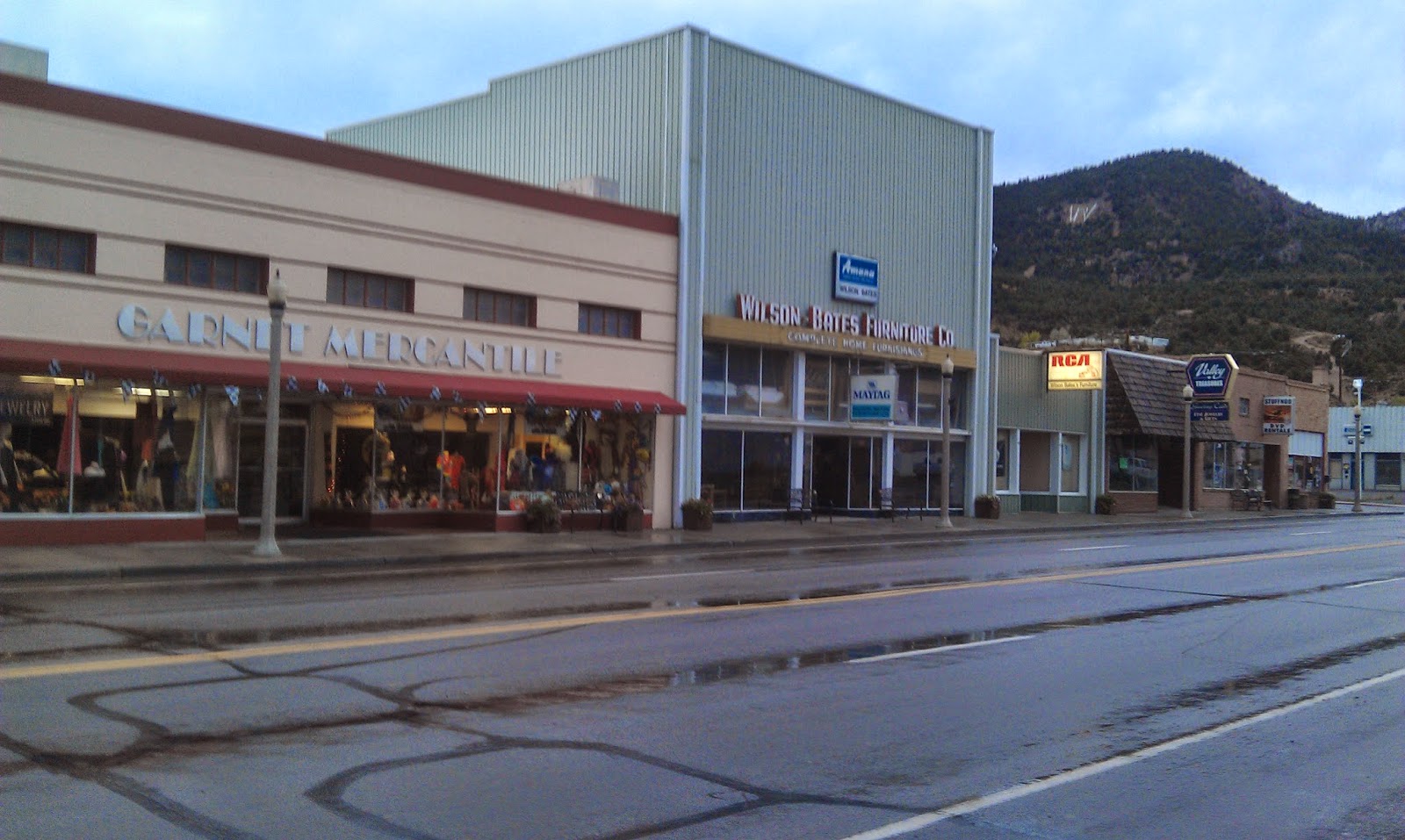 After running down the Ely Strip, I decided to go exploring a bit to the north.  I had spotted the brothels on the train ride and wanted to see them a bit closer.  They were closed but it was interesting seeing something that is legal only in rural Nevada counties:


After satisfying my curiosity I went along the south down of downtown and captured the Ely Fire Department and City Hall. 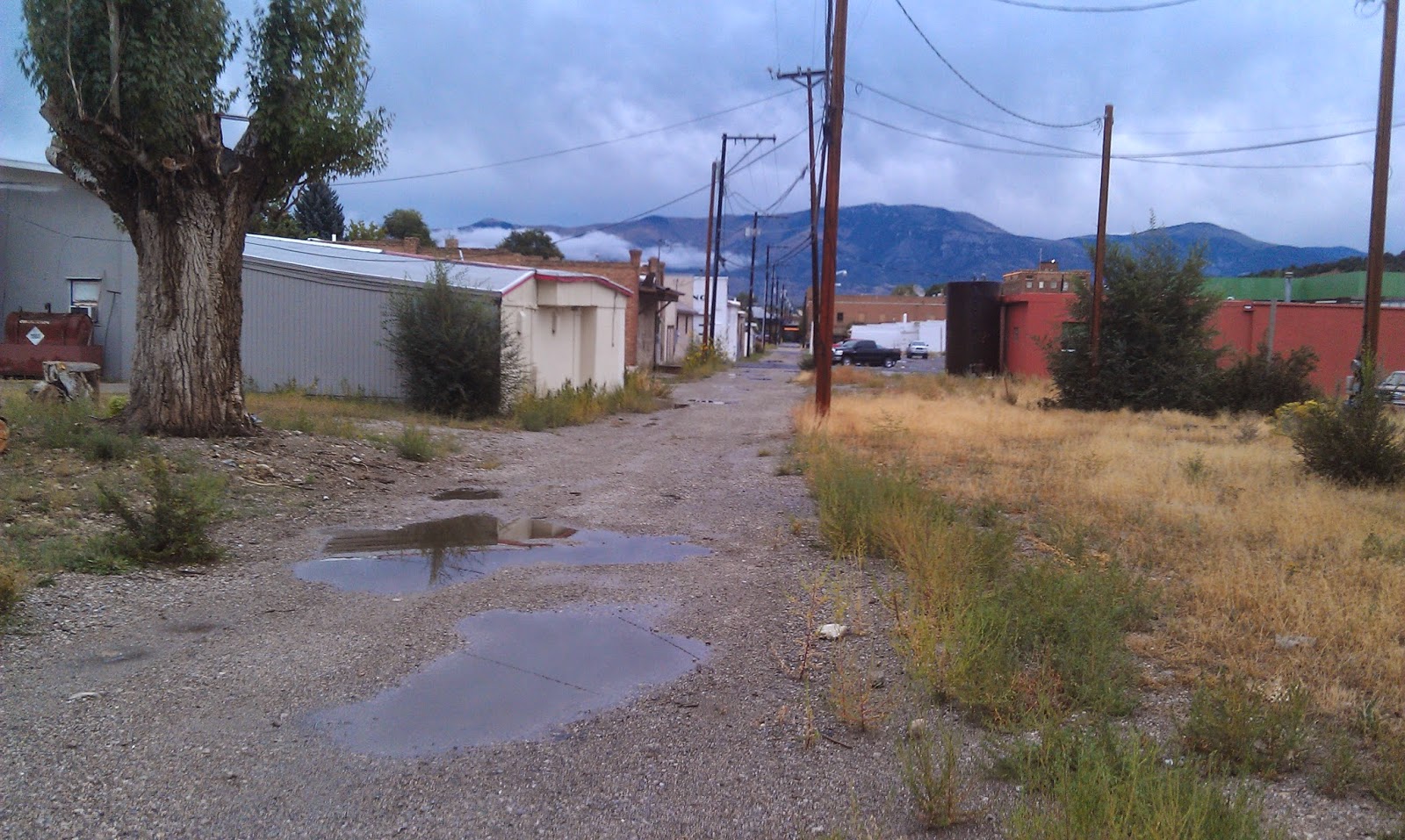 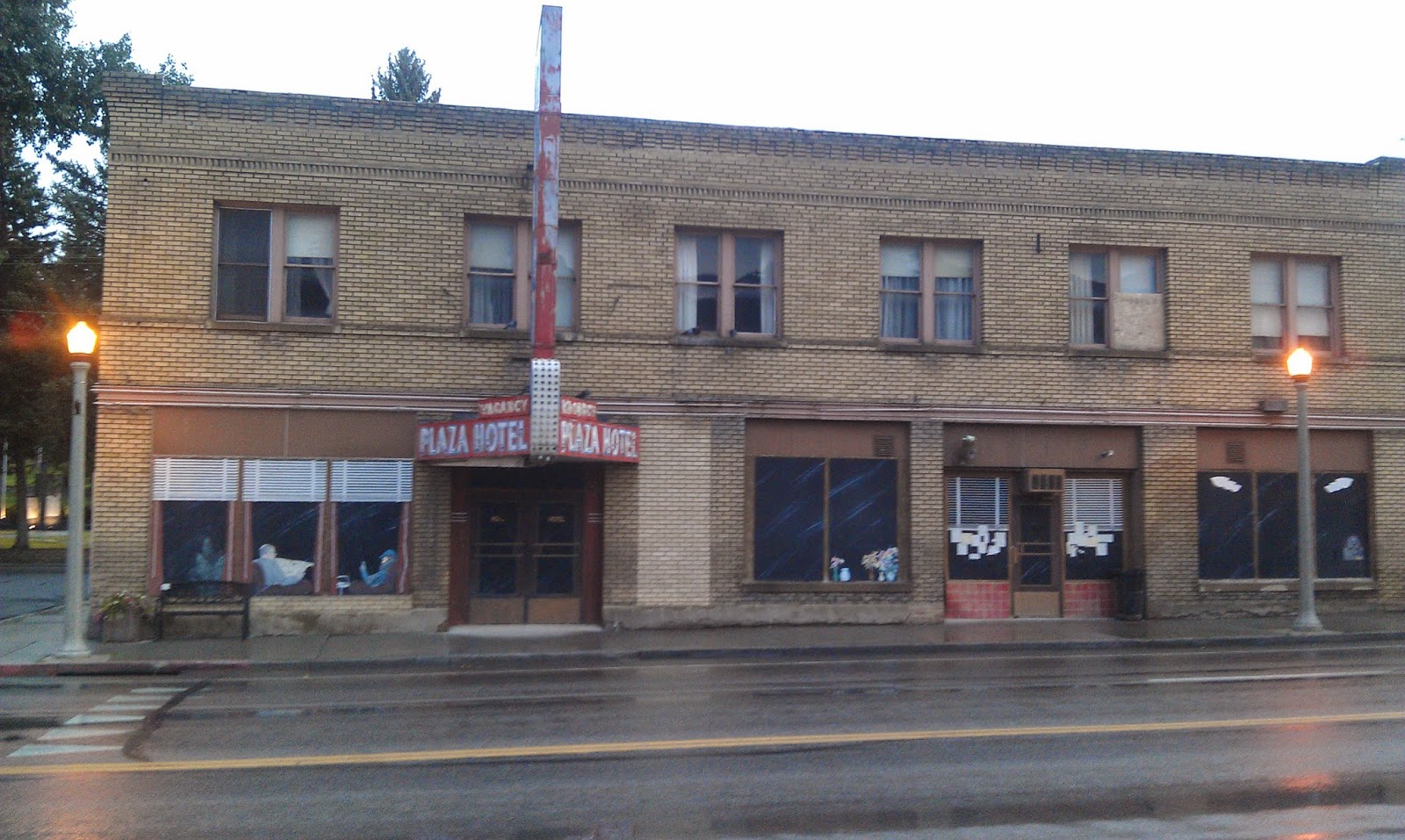 I wound up logging about 5 miles.  Ely is a very easy town to navigate as the town spreads out from Aultman Street.  It was a really nice run and I enjoyed capturing the sites of Ely.  I am itching to explore more of the rural sections, however, and might save that for the next trip. 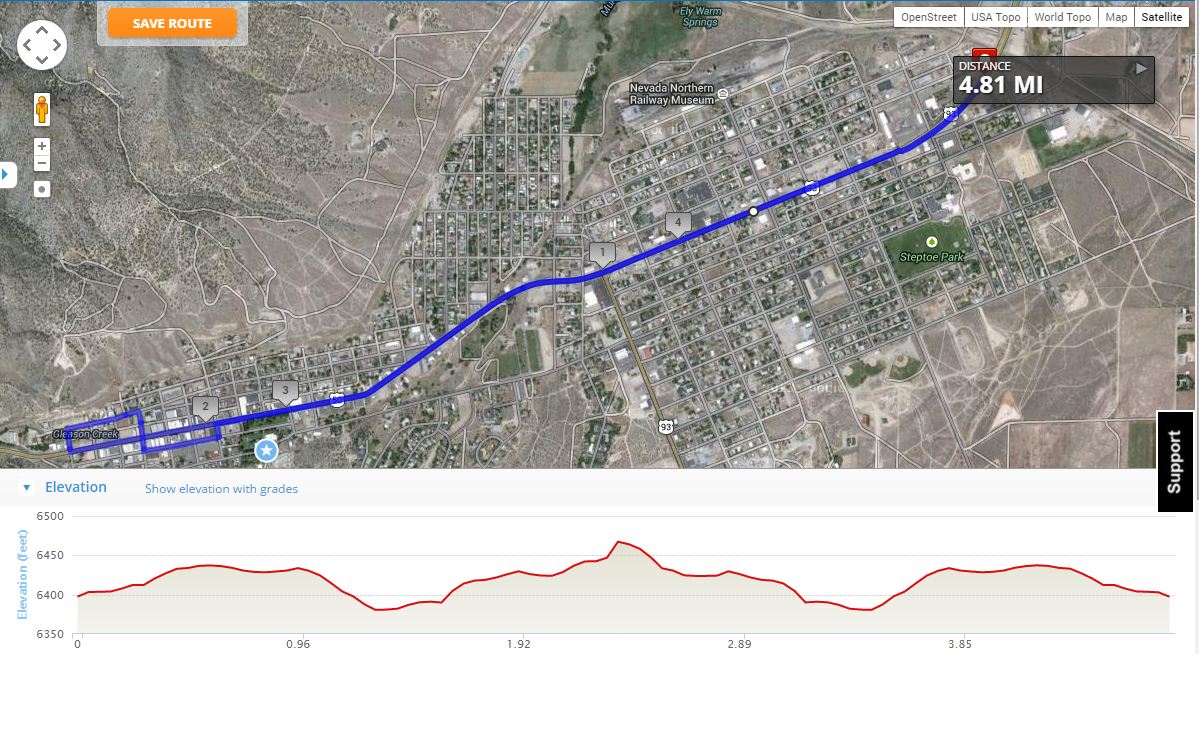