One of the minor obsessions I have is reading newspapers from Nevada.  At one point (due to a very dull job I had) I was up to reading 5 or more newspapers a day.  These days I've dialed it way back and I know less about Nevada politics then I used to (thanks for nothing NevadaAppeal.com for putting yourself behind a paywall) I still follow it casually and know more about it than my own state (unfortunately).

I was really excited during my Reno trip to be able to visit Carson City, the state capital of Nevada.  All of the government buildings are in the middle of the town and one right after another so I within a short walk after visiting the Nevada State Museum, I was in the throes of the government's center.

The first building I ran into was the Governor's Office.  Inside there were other offices as well for the treasurer and such, but definitely the highlight of the office is the governor.  I was able to walk inside the building and the walls are lined with the former governor's of the state.  I was able to identify a few of them and also saw how some of the governor's names are now used to identify a city.

The governor's office is tree shrouded with some very mature trees.  It was very hard to get a good picture to capture the elegance of the office.  It reminded me of something from the south.

I was also able to see various other official buildings including the Nevada Supreme Court and the legislative buildings. 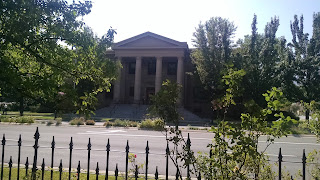 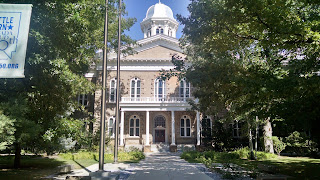 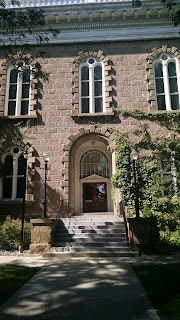 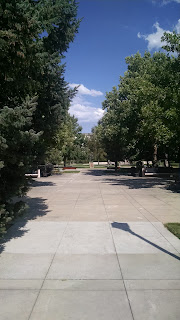 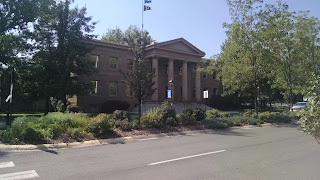 Since Shari and her mom were gambling at the Carson City Nugget, I had a little bit of time to explore the rest of the downtown area.  There are some vintage casinos in the downtown area as well as some coffee shops.  There definitely was an eclectic vibe downtown and it looked like there were some good eats there as well.  If you like old buildings, then the center of Carson City will definitely hold your interest. 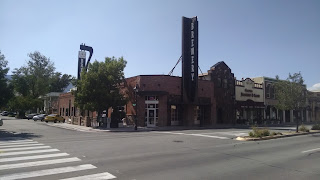 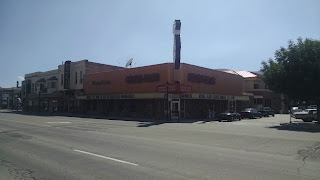 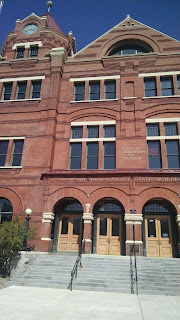 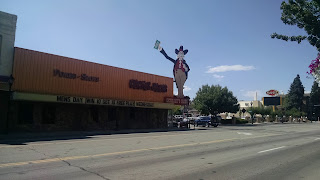 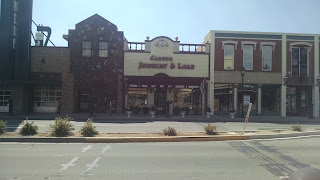 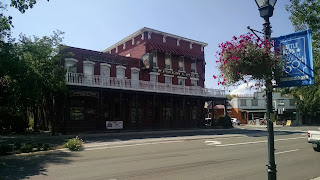