Well, don't sign me up for GA quite yet, but I headed on out to West Wendover again on Friday night.  About a month ago I had purchased Clint Black tickets for about $10 a piece and gotten a room for the night.  I have been looking forward to this show for a while.

I have never seen Clint Black and back when I first got into country music, he was one of my favorites.  In the early 90's I quickly purchased all of his albums.  One of my favorites that I practically wore out on cassette was "No Time To Kill"  I have many fond (and not so fond) memories of fishing at Lake Cachuma with his tapes playing in my walkman.  I also remember them playing a lot of two-steps and waltzes at the Thousand Oaks Borderline Bar and Grill to his tunes.  Those songs certainly captured the time for me and listening to them live at his show brought back that era in my life.

So this concert had a lot of history to it -- at least for me.  Let's just say Clint nailed it out of the park.  While I did miss the heavy production and extra harmonica player, Clint's music and voice sounded great.  He was also consummate entertainer, sharing jokes, wit and history.  The first bit of the concert was strictly acoustic and largely unplugged, but as the concert went on the faster paced the songs got.  He still sounds just as good as he did back in the 90's.

Aside from the concert, I ate pretty well.  I had a great opportunity to enjoy the seafood buffet at Montego Bay.  I didn't have to race in the morning so I could load up on plate after plate of precracked crab legs.  Usually I am a shrimp pig, but this time I was focusing on the crab and oysters.  Not sure if I ate $28 worth of food, but I spent 90 minutes trying to.  I was almost afraid they were going to throw me out.

After the show, I wound up gambling until 1:30 in the morning.  My lucky streak continued -- I'd put in a few bucks into a machine and walk away with a bit of a profit.  Rinse and repeat.  I wasn't going to retire on what I was making, but at least I was treading water.

I slept fitfully -- being intensely focusing on the Towers of the Temple the game's images seem to ruminate through my head.  I did finally get some rest just after 5AM and woke up at 9AM -- very unusual and very late for me.

I wound up hitting the Montego Bay breakfast / brunch buffet before gambling for the next 3 hours or so.  Let's just whatever luck I had the night before vanished.  I hit up Peppermill, the Rainbow and the Red Garter hoping for a change of luck -- but nothing... I'd occasionally put in a $20 and come back a few dollars ahead, but for the most part, I'd throw in a $20 and I'd play for 5 - 15 minutes and that would be it.  Very frustrating -- and disappointing.  I must've done something to upset the gods of gambling.

Either way I still had a good trip.  While I was hoping to get in a run, when I woke up it was raining and let's face it, I felt hung over, despite not having a drop of alcohol. 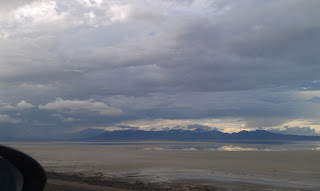 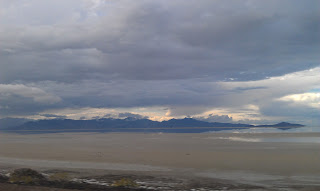 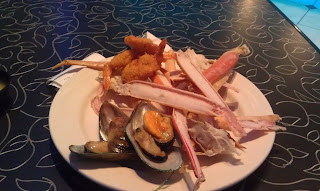 Plate 1 of at least half a dozen 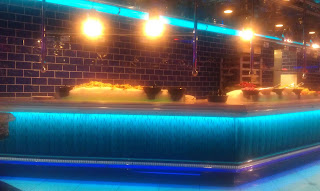 View from my booth -- shrimp! 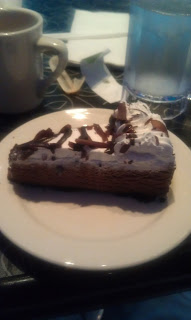 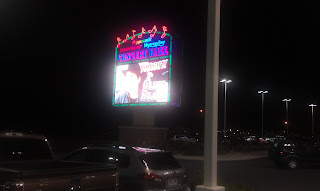 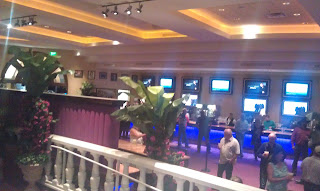 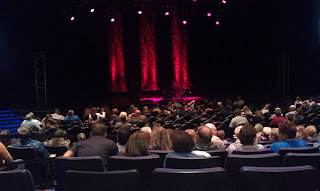 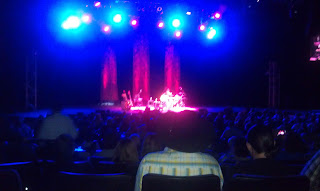 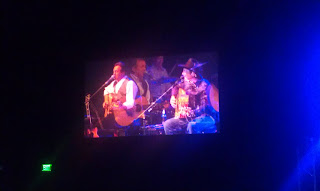 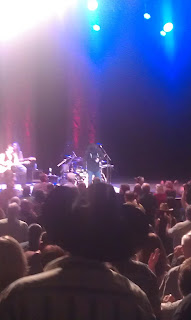 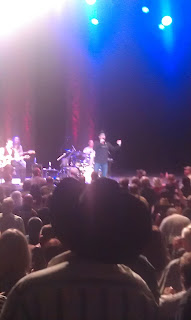 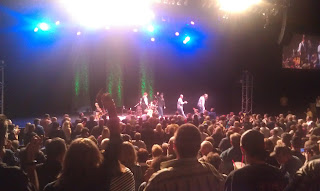 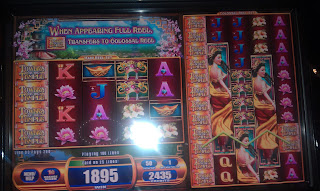 One of my few wins 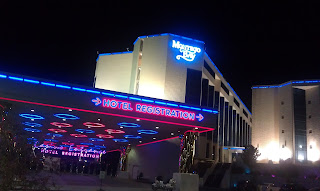 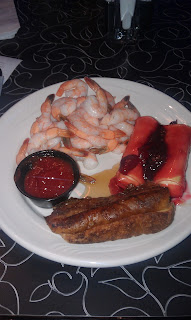 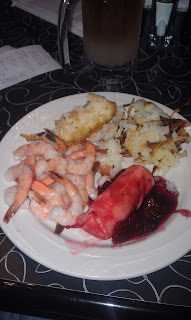 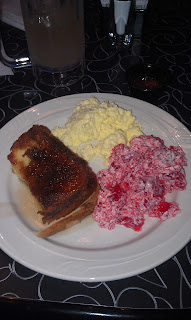 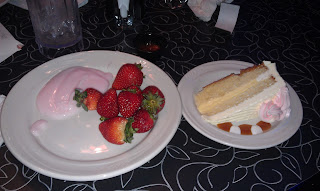 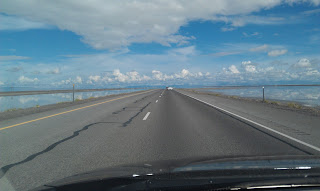 Driving through the salt flats.