On Saturday I took the opportunity to head out to Wendover.  I was looking to plan the "perfect" weekend and largely I succeeded.  I started the weekend out with a fabulous race at La Caille 7K, headed home, did my errands and chores, threw together a bag of gear and headed west with a wallet full of dollars and a head full of dreams.

The trip there was large uneventful (despite a little bit of traffic around the airport) and once I got past Toole it was smooth sailing.

I had booked the Montego Bay and I arrived just shy of 3pm.  Check-in doesn't start until 3pm, so I waddled up to a machine and put in $20.  I jumped on a Red Phoenix machine and it wasn't terribly kind.  I used about $15 of my $20 before I hit a nice mini-jackpot.  Since I was (barely) over $20 and it was now time to check in, I figured, let's cash out and check in.

I pressed the cash-out button, only to be greeted by a hand-pay message.  Uh-oh.  I looked around and a bunch of people's machines who had tried to cash out recently had a similar error message on the screen. 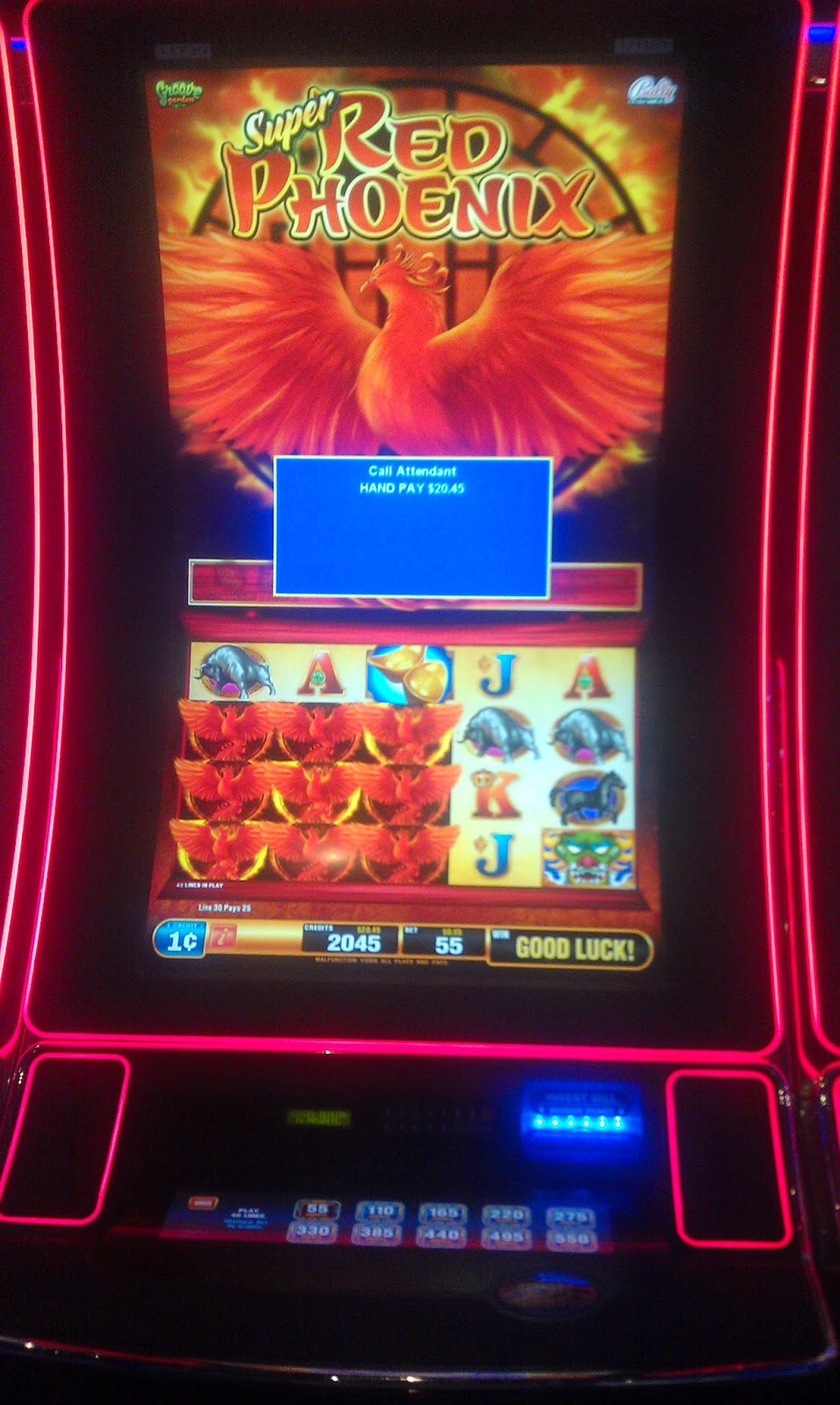 Unfortunately, it would appear, that ALL of the hotels' computers went down.  So very few people could cash out, you couldn't check in and I believe the cash dispensers were dead.  Within 15 minutes or so, the entire casino had everyone scratching their heads wondering when they'd get paid.  People were leaving the casino as well and the flustered staff really didn't know what to do.

Now, if it had been a few less bucks, I would've walked away and left it, but $20 is $20 (the guy next to me waited for 40 cents... sheesh)  Either way it was a SOLID hour before the attendants came around with a bag of money and started hand paying everyone.  It was extremely frustrating and there were a LOT of pissed off people who had to wait 2+ hours.  Sadly, there really wasn't any recompense for the delay.  A 2 for 1 buffet pass or a free buffet pass would've been cool, but again, nothing.  I checked in, but couldn't get my keys because of the computer SNAFU.

Since all the Peppermill-casinos were down, I headed across the street to see if anything was new at the Wendover Nugget.  It has been a while since I had been there and with the Peppermill chain comp structure I've been loyal to them.  I haven't missed much... the Nugget was pretty much the same.  They might've upgraded a few machines, but I didn't spot anything other than video poker that I was itching to play.

I dumped about $10 into a machine and played some Spartacus before heading back to Montego Bay to see if the computers had been fixed.  Nothing had changed and now discovered I was hungry.  I had thoughts of having dinner late (after my show) but my stomach was ready for food now.  I jumped into the buffet line and paid full price.  I had comps to use but didn't want to fool around with them given their computer situation.  Saturday night isn't cheap: $24, but they have a lot of premiums.  Since the buffet was pretty empty I was able to hit up the made-to-order tuna steaks (I had two) that were absolutely scrumptious. If I liked steaks I would've gotten one of those too.

After eating, the computer system was finally up, so I got my room and got ready to see the show.
I had purchased a $15 ticket for Pretty Little Things.  Pretty Little Things is a PG-13 (in my opinion) non-nude show (the girls wear pasties) where basically about 10 different girls do dances (of erotic nature and in revealing outfits) to various songs -- mostly modern pop dance.  Although one stunning girl did a solo dance to Led Zeppelin's "Whole Lotta Love" that will forever change the way I remember that song.  There was some pole dancing, a little comedy act but mostly choreographed dancing in very sexy outfits.  The show was about an hour long and while my seats weren't the greatest, I got what I paid for.  I liked it and I'd see it again.  Sadly I couldn't take any pictures in the show. They were very strict about taking pictures with the threat of being kicked out. Sorry guys.

After the show, I hoofed it back to the hotel.  It was a little after 8 and I had heard the pool was open until 10.  So I grabbed a magazine and my swimsuit and headed down to the pool.  It was a beautiful, warm night so I lolled around there.  I am not much of a night jacuzzi person, but I made an exception.  There were mostly kids / families at the pool, but it was still nice and relaxing.

After cleaning up, I headed down to the casino and here is where the trend started.  EVERY machine with the exception of one, I made a profit on.  Seriously.  I'd put in $5, get $6 back. Sometimes I'd put in a $20 and get $80.  There was only one machine where I dumped $45 into and got nothing back.  I basically went around at Montego Bay and managed to get on Fu Dao Le or Red Phoenix play and win.  I'd wander around the casino and if another machine opened up, I'd jump on it for a few spins. One of the highlights was getting two mini jackpot wins on the same machine within a few minutes of each other. Pretty incredible.

Having won at Montego Bay I drove over to the Peppermill and had similar luck there.  Once I sensed my luck was fading, I'd jump onto another machine or go to another property.  When I was done with the Peppermill I headed to the Rainbow.  I saw the police out in force, pulling people over left and right and even though it was well after 11, I hoofed it over to the Rainbow (the "strip" isn't like Vegas and tends to be largely deserted).  It is almost as much hassle to drive as it is to walk.

By the time I made it back to Montego Bay, it was after 1AM and I could hardly close my wallet it was full of dollars bills of various denominations.  I counted my money in the room and discovered I had over $500.  I had come with $300. 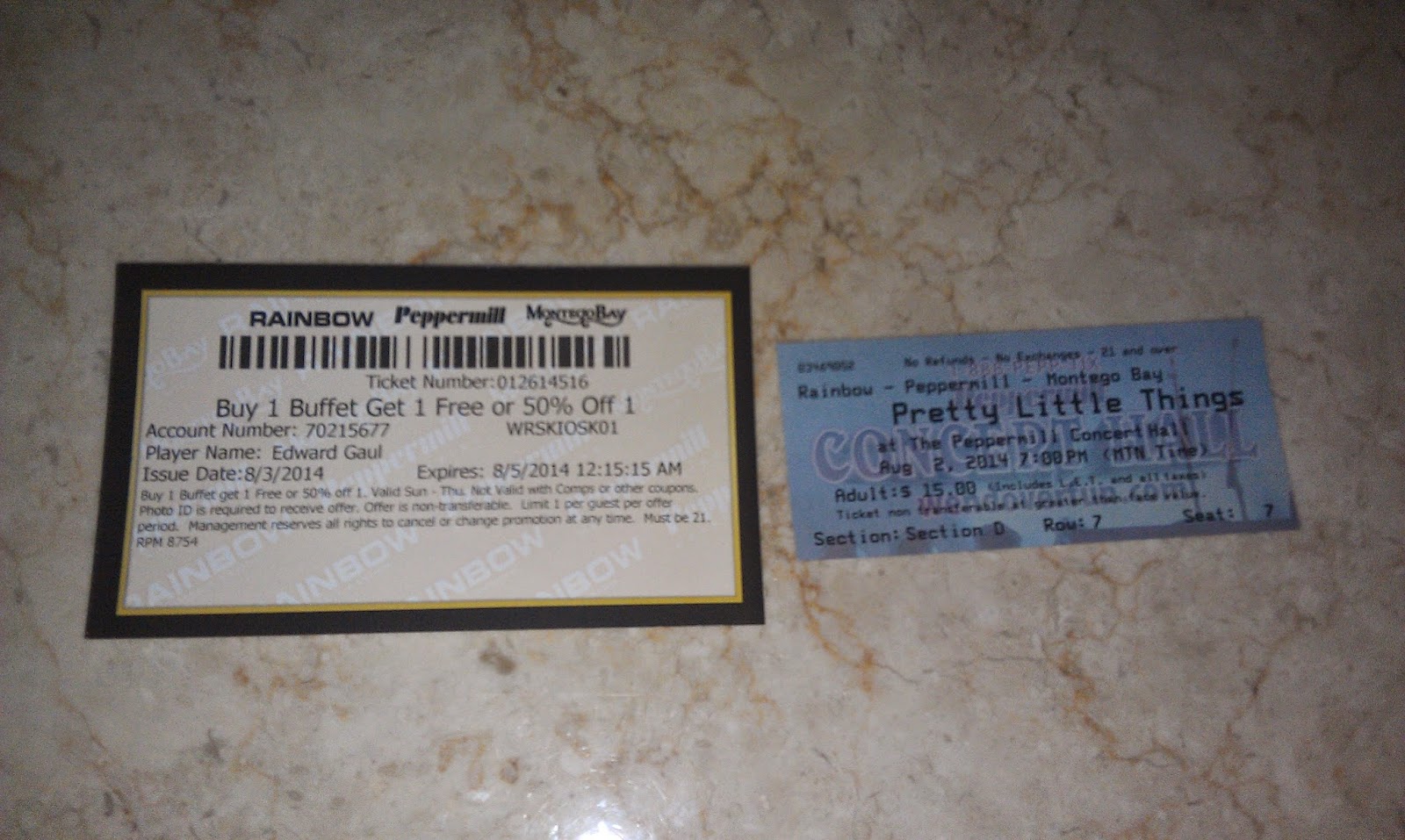 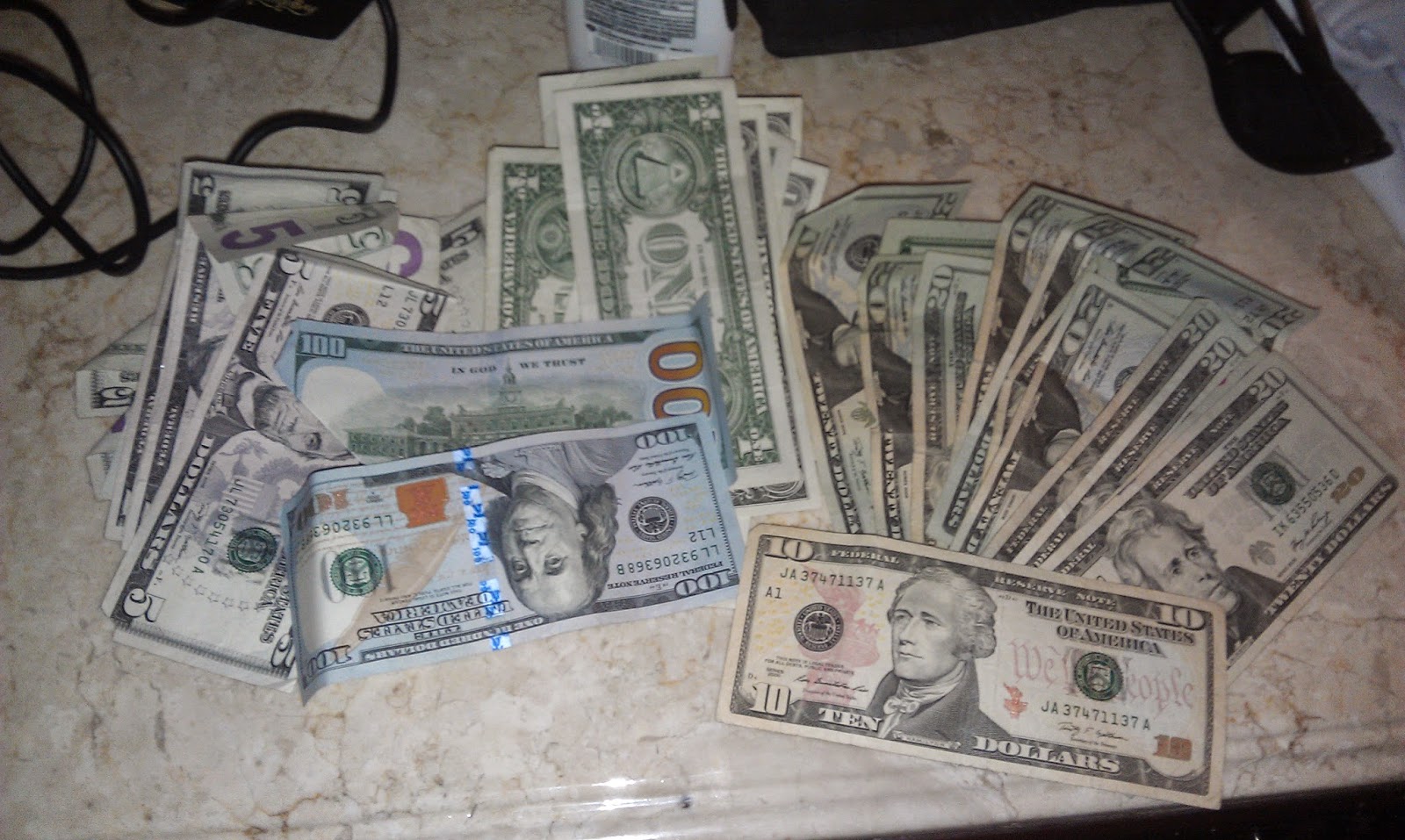 I didn't fall asleep until 2AM and my sleep could best be described as fitful.  I was pretty jacked from winning plus all the excitement of wandering around.  I was hungry and thought about having a midnight pancake eating frenzy, but figured I had over indulged as it was.

I got up at 7AM but didn't roll out of bad until 8AM.  I threw on my running gear and headed up Aria Blvd, just east of Montego Bay on the Utah side of the border.  This is my favorite run and with the summer heat upon me, I had to do it early AND be mindful of rattlesnakes.  I stayed on the main trail and didn't deviate at all.  No sightings of any wildlife other than a family of Antelope hanging out at the Anna B. Smith Elementary School.  They are skittish creatures but let me take their pictures. I wound up doing about 5 miles and climb up a hill I hadn't been on before.  I didn't go very far past a warning sign that indicated the hill I was climbing was United States Air Force Property and visitors were subject to search.  However, it did lead to some stunning views of Wendover. 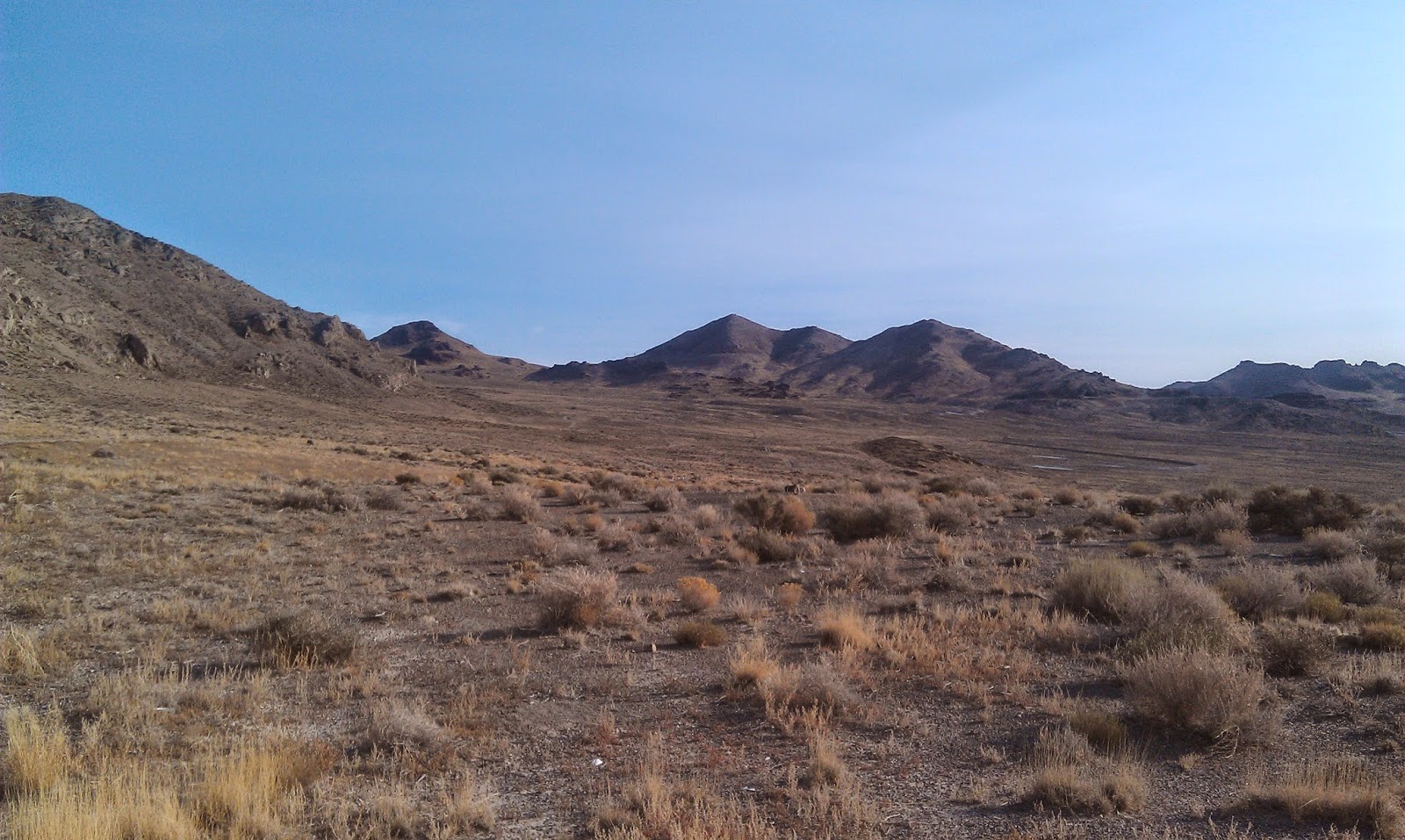 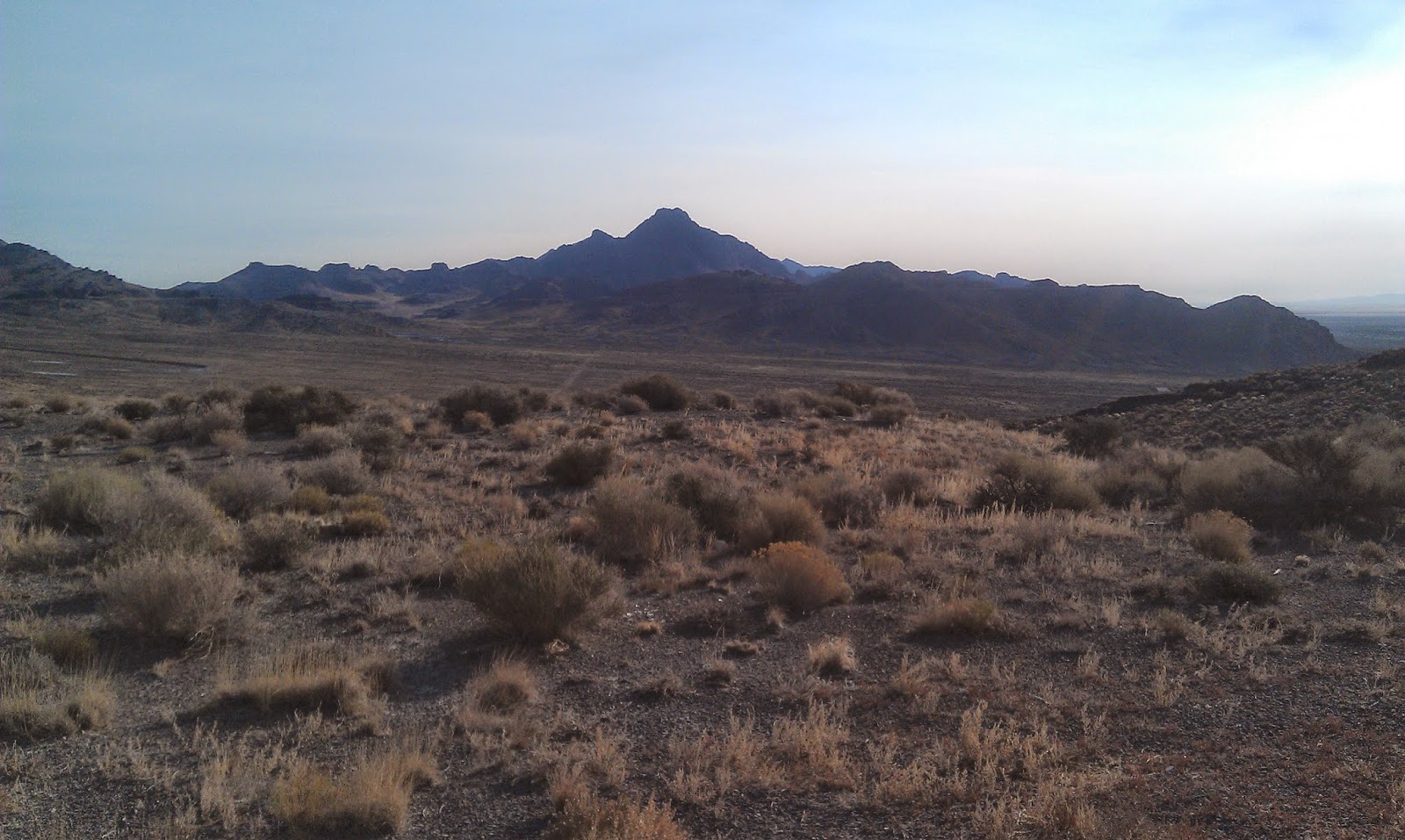 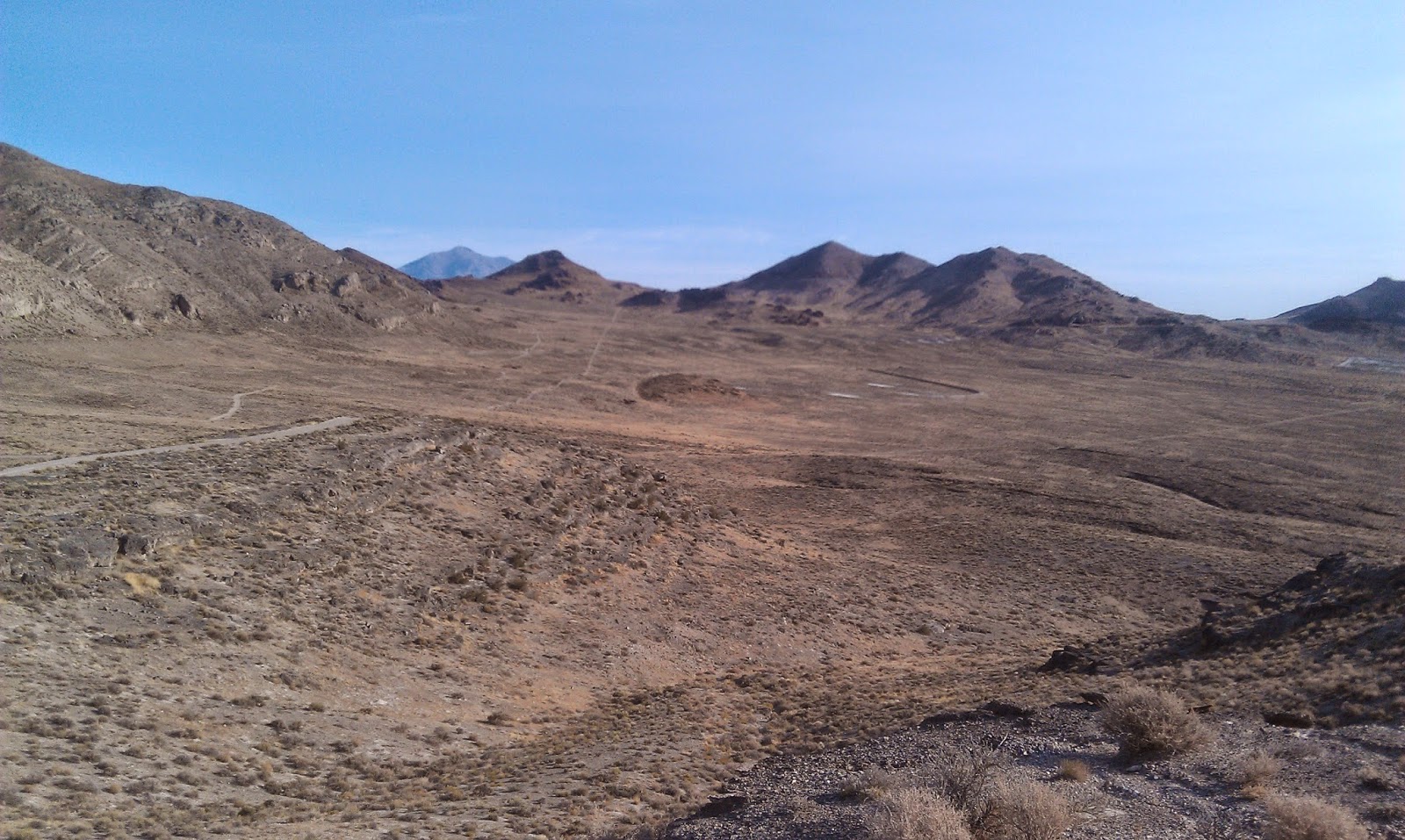 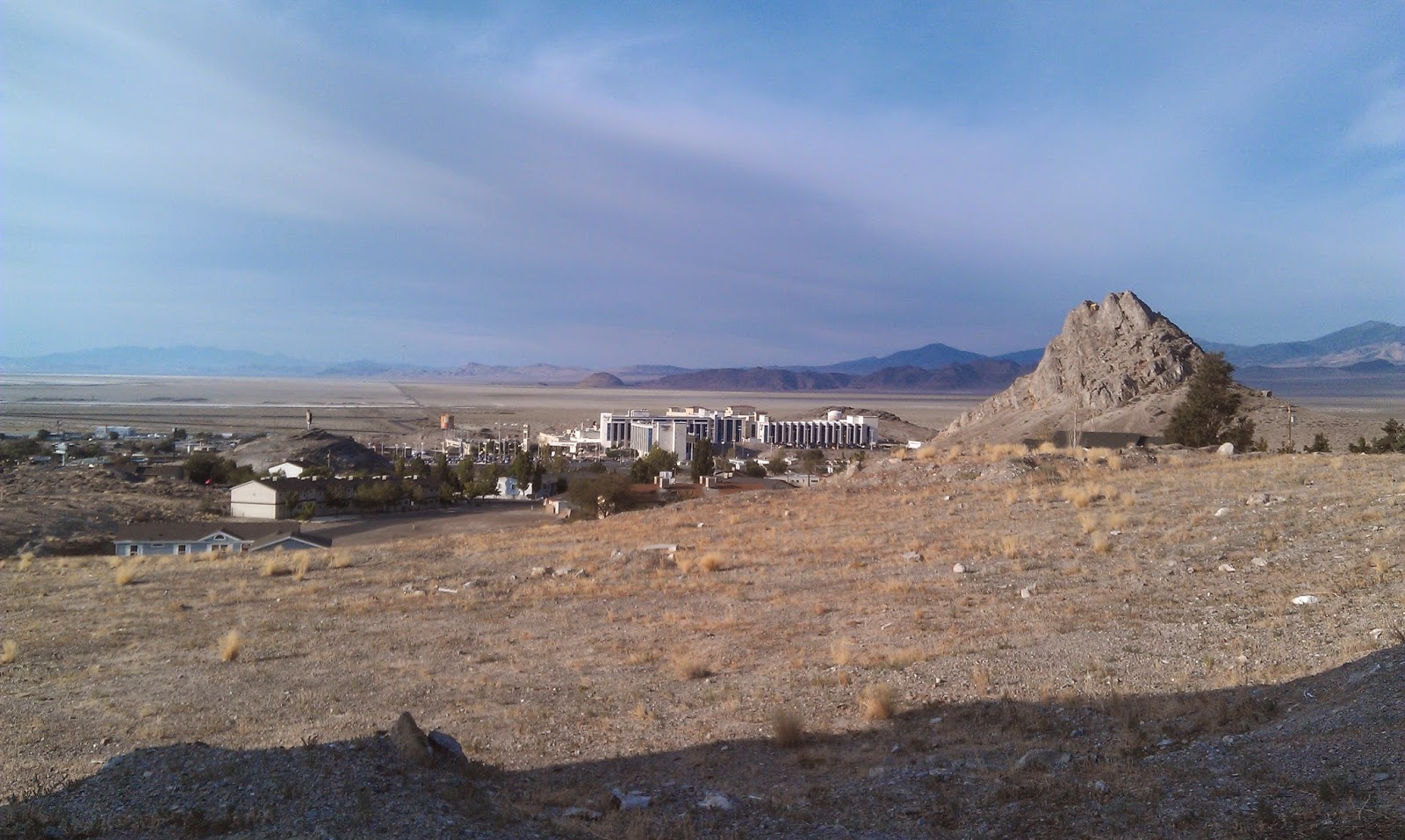 After showering and cleaning up I jumped into the buffet line.  Can I say that I officially love the Oceano Buffet?  I mean seriously, when someone says what's your favorite restaurant, this place comes to mind.  Sort of sad that it is a buffet, but I truly enjoy eating here.  Sundays are one of my favorite days as they have the cheese blintzes and these fried french toast things that are insanely delicious.  I had a 50% off coupon so I wound up using that for breakfast, eating for just over $9.

I gambled a bit and while Saturday I was winning everything I played, today was sort of the opposite.  I wasn't losing horribly but I wasn't winning.

I wound up calling it quits after I realized my luck had clearly changed and hit up the pool.  It was partially overcast but still an enjoyable way to spend the early afternoon.

My room was good until Monday morning so I had a base and after swimming I cleaned up and walked to the Peppermill.  I wound up being able to play here for a while but still I dumped about $30.  I made my way over to the Rainbow where I took another dump.  Between the 3 casinos I probably dropped close to $100.

I also hung around the Montego Bay during the drawings.  At noon, 3pm and 6pm they had some drawings for a car or major amounts of free play.  Your chances of winning was dependent upon how much you play.  I know I am clearly outclassed in that department, but I was hopeful (you had to be present to win).  Unfortunately I didn't have any luck there either.

Around 6pm I was getting hungry again despite my 3000+ calorie annihilation at 10AM.  I used my comps for a free buffet and enjoyed dinner.

Sadly I couldn't reach Austin all day and I was worried either something had happened or he had forgotten the cats.  I had hoped I could spend the night in the pool, sleep in my nice icy cold room (it almost snowed in there thanks to me keeping it cool the way I like it), and then driving to work first thing Monday morning.  I wound up taking off around 7:30-ish, arriving home a hair after 9pm.  It was super windy outside of Wendover and there were some good salt / dust storms on the desert.

All in all this was a good trip.  I still wound up significantly ahead and after I was done paying tips and so forth, I came home with close to a $100 more than what I left with.

I mostly played Bally's Fu Dao Le.  I think it offers the best chances of winning decent money for a low-rent gambler like myself.  Their other machines in that family offer similar value and if you get on at the right time, you have a decent chance of making all right money.