On the first day in Edinburgh we had selected the City Drive / Edinburgh Castle tour.  Basically it was a 45 minute drive from the ship to the city.  It was actually a fairly scenic trip and the bus route took us over the Forth Bridge.  After that we drove through some idyllic suburban neighborhoods with some stately houses.  For a Sunday traffic was mildly busy, but never really bad.

Edinburgh is a bustling city and it was absolutely huge.  They have an old section as well as a "new" section -- new is always relative in European terms.  The new section was planned in the 18th century and much of the original houses are still there.

I managed to get a few pictures but taking pictures while moving from a tour bus usually leads to some poor results.  I have shared the best of the best, but it would've been really nice to have gotten out from time to time.  Although unloading 60 passengers takes time.

There is a LOT of violent history in Edinburgh including grave robbing, hangings and public executions. There is also no shortage of bars here and they are particularly proud of their whisky.  We also had an opportunity to drive along the Royal Mile, which is basically the tourist section.  Again, lots of bars, shops, and history.  Many of Scotland's famous authors are idolized as far as bar names.  Also many of the bars that are named after people who have been hung or have storied pasts -- including the Maggie Dickson, who apparently was hung and then revived by the cobblestones jiggling her carriage as they carted her body away. 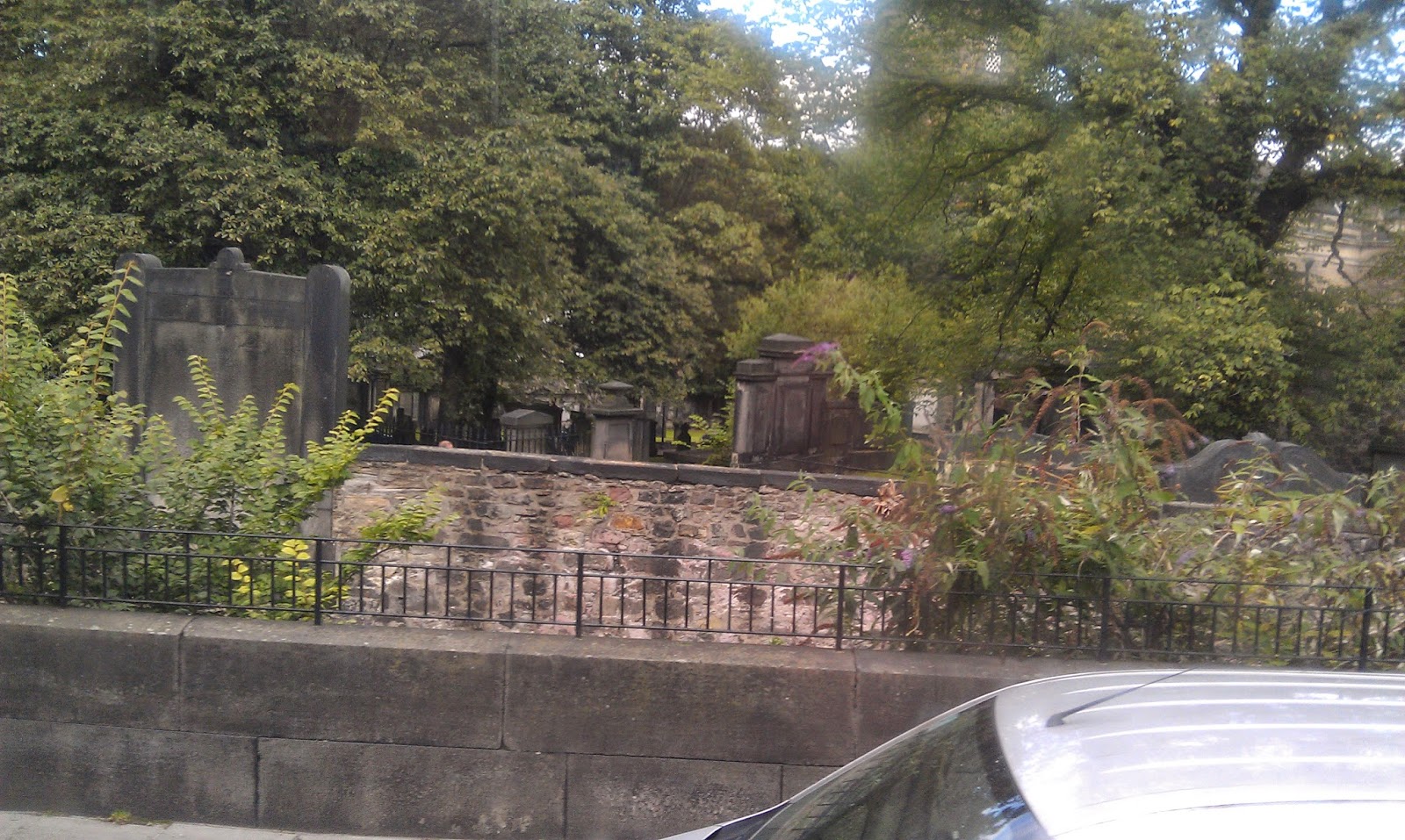 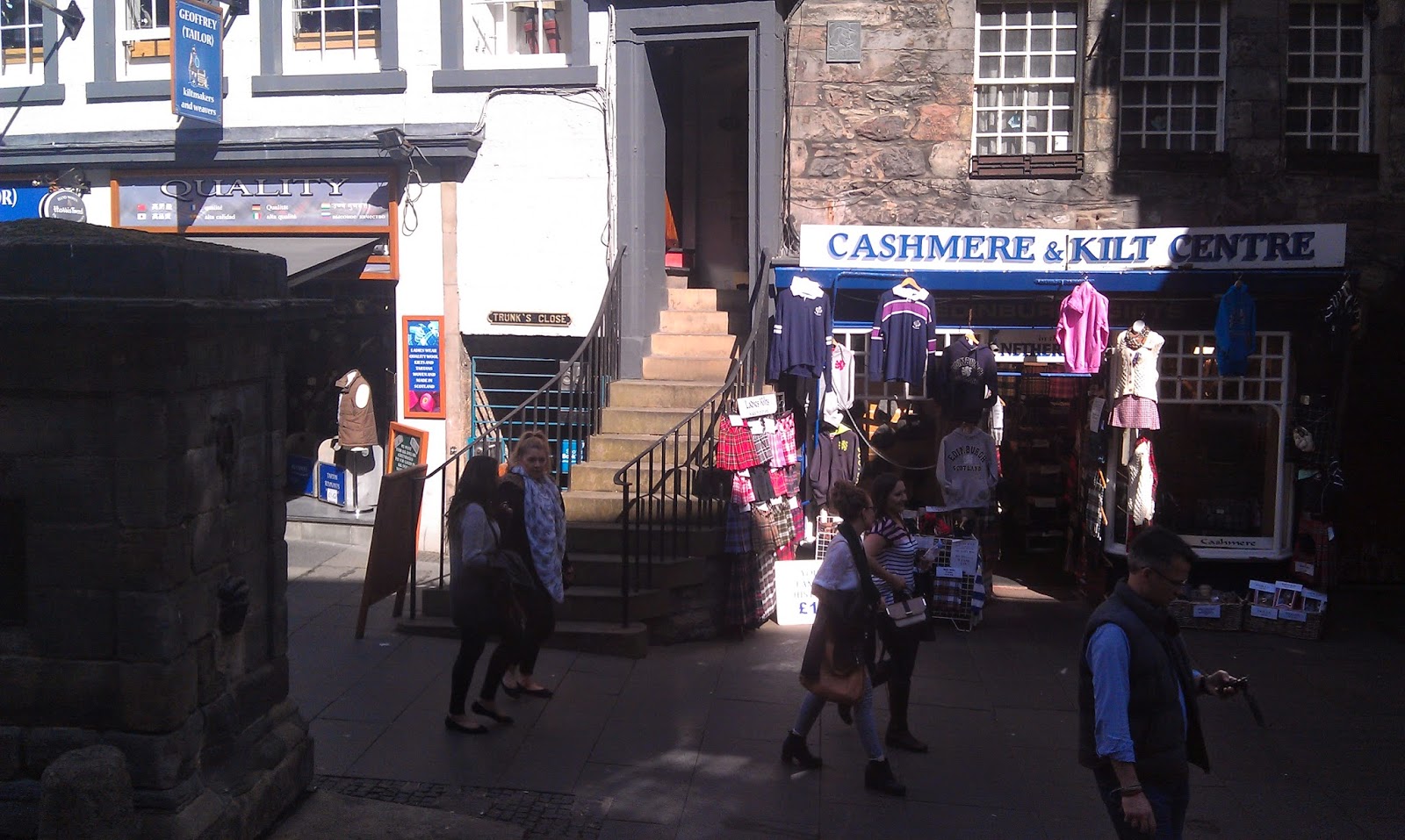 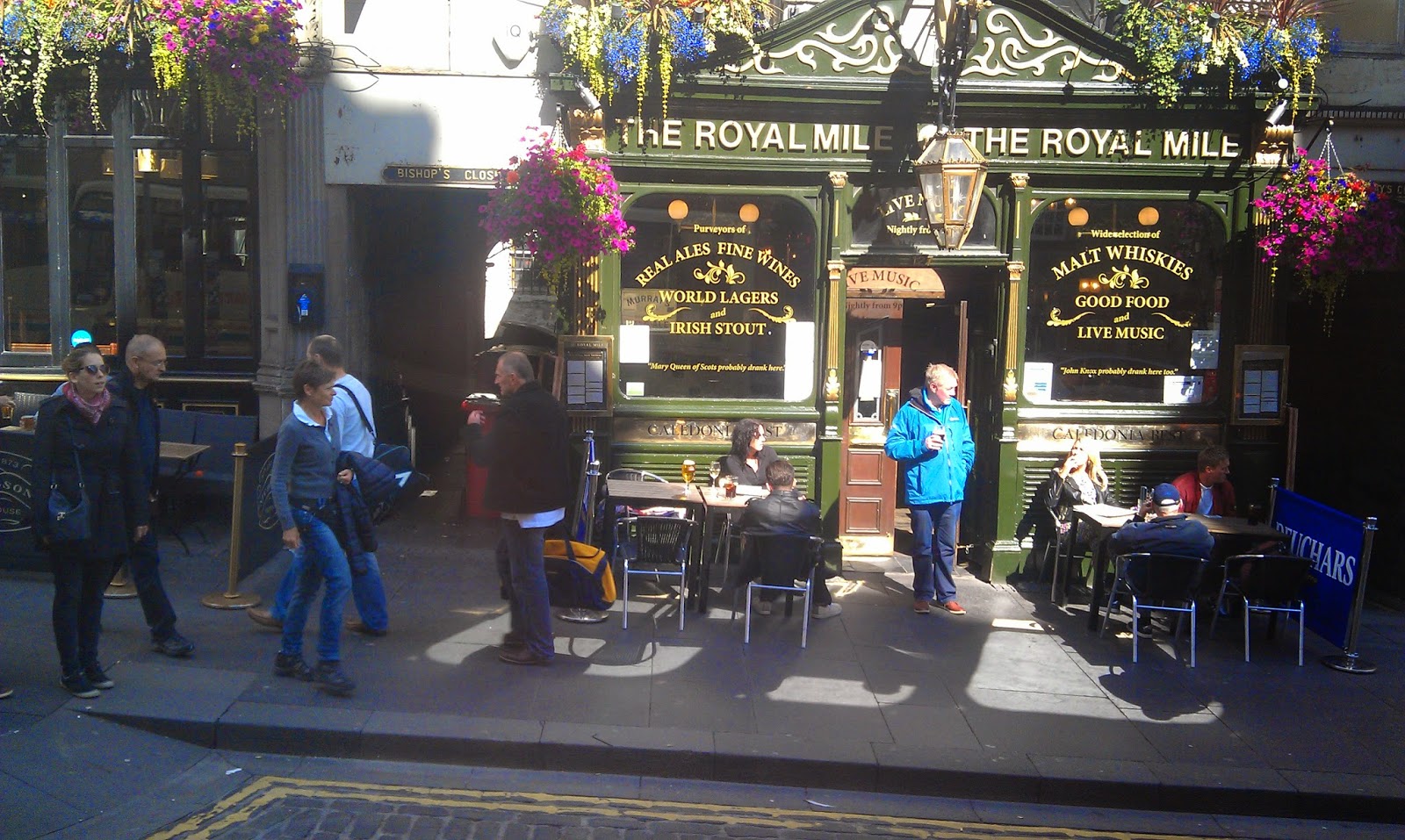 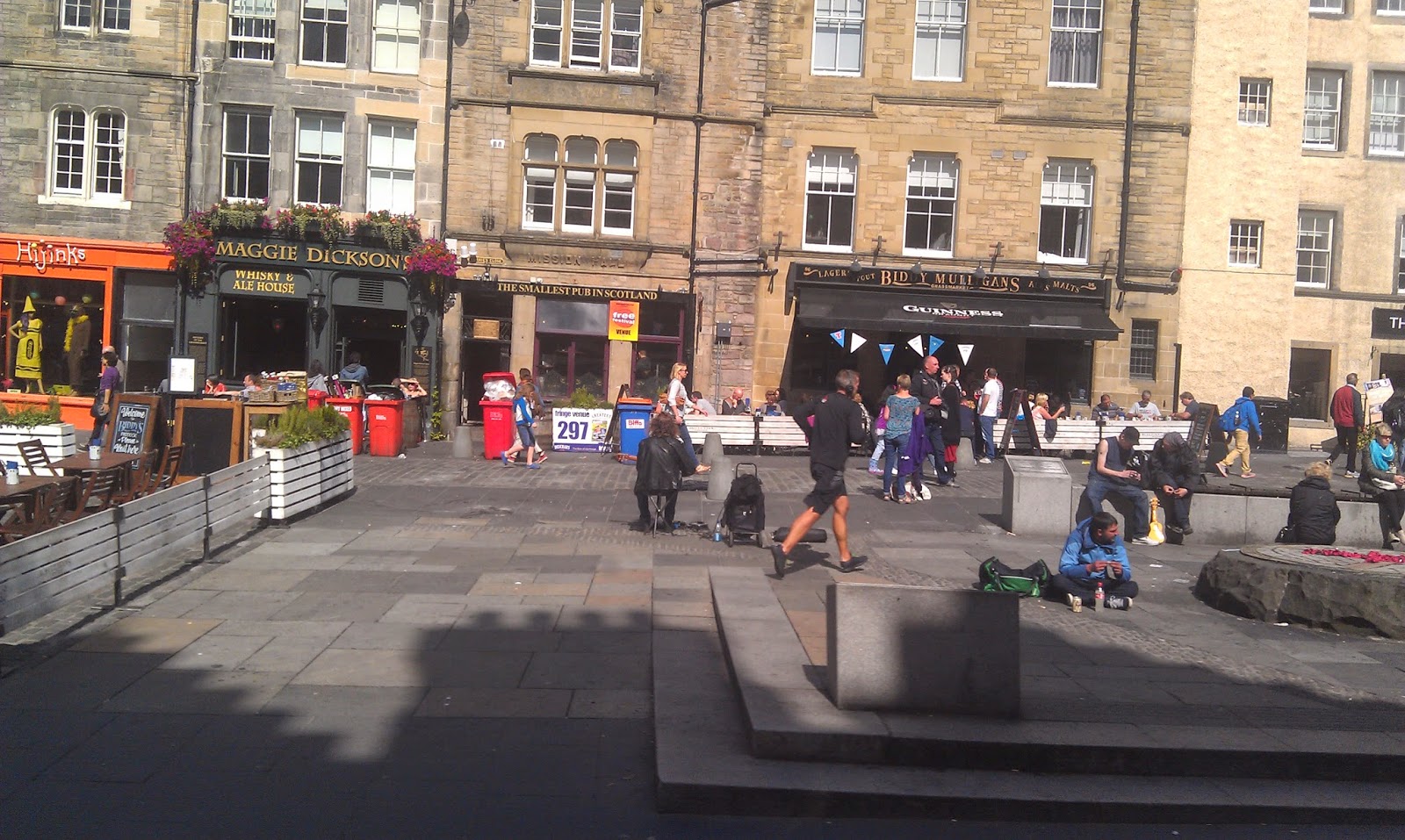 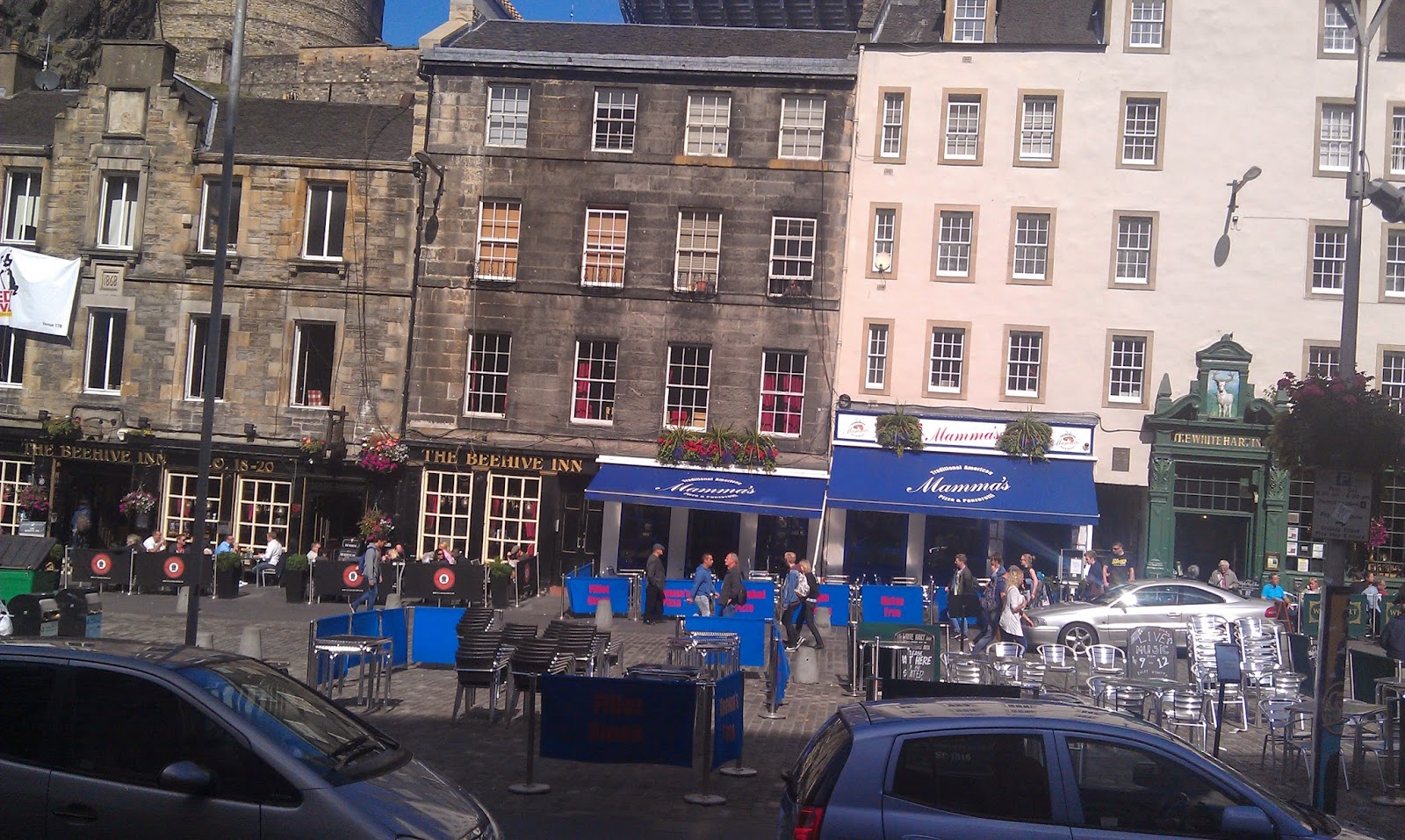 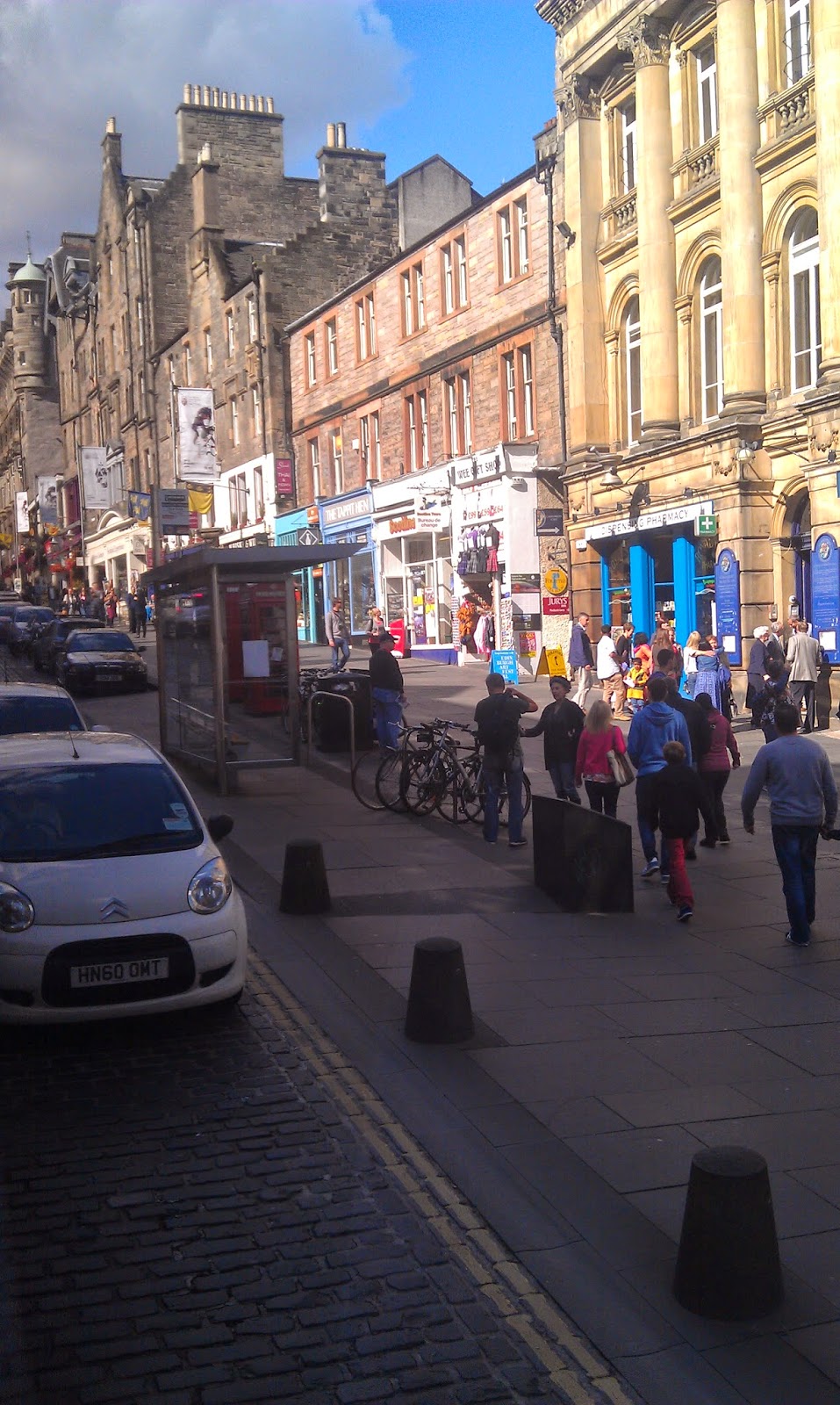 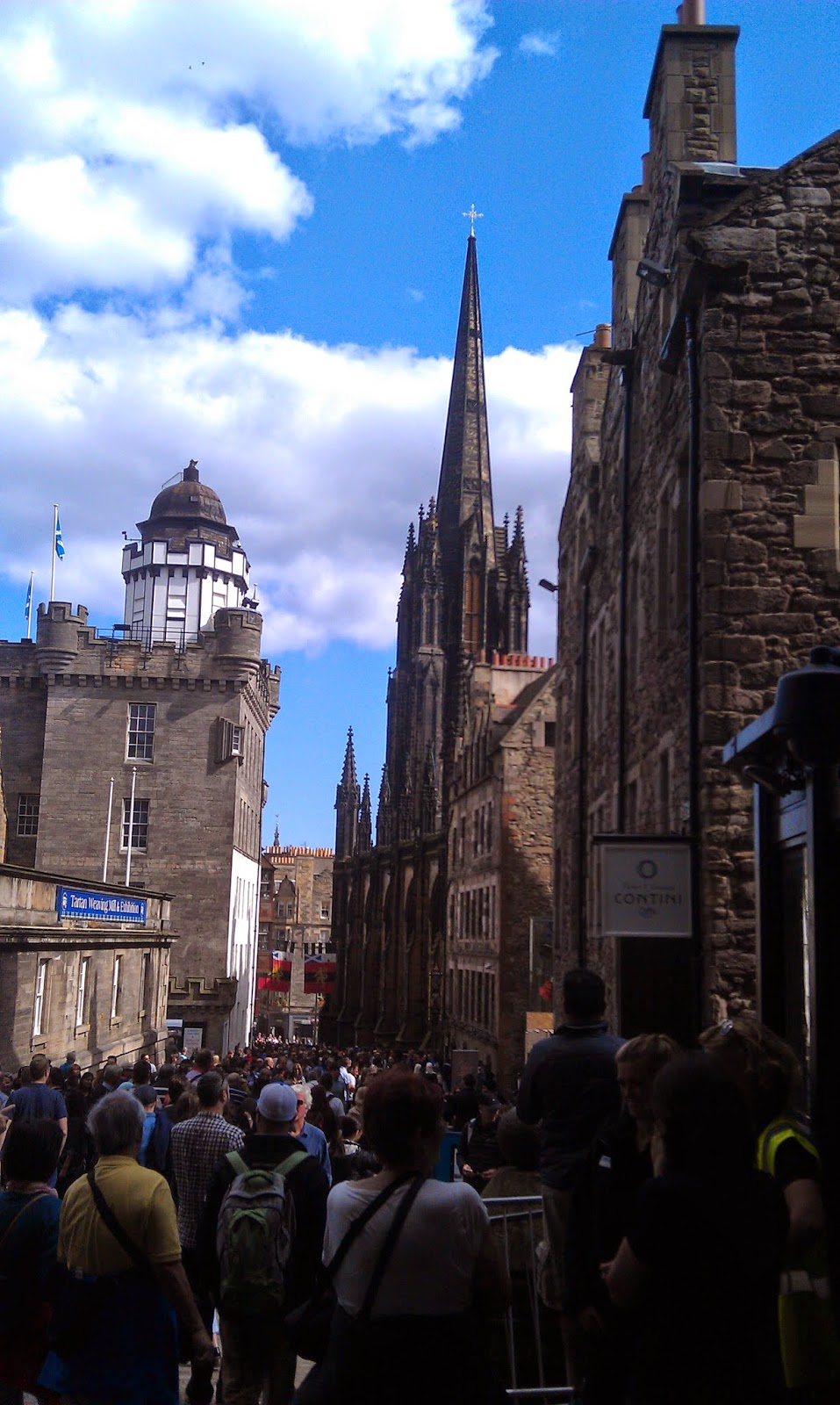 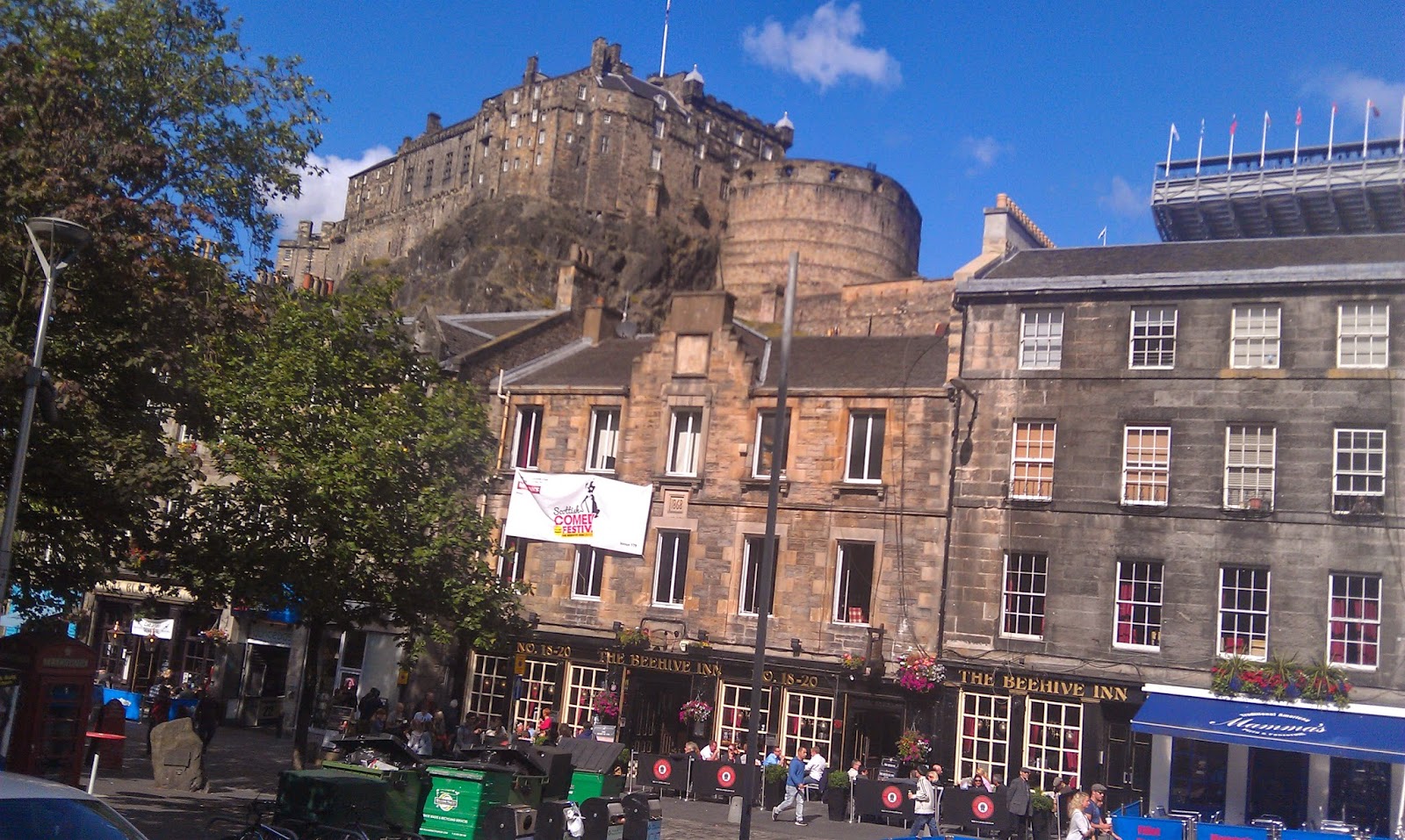 The bus did a good 60 minutes or so before dropping us off at Edinburgh Castle.  This was the highlight of the city drive tour and this is a majestic castle offering jaw dropping views of the city.  It was also a mobfest.  They had had a big event the day before (military tattoo) so there were no shortage of tourists here.

Unfortunately we didn't get a chance to see the Crown Jewels as the line was too long and we only had about 30 minutes or so.  There was plenty of stuff to see though and we quickly made our way through the prison ward, the chapels, the war memorial, and checked out the cannon batteries.

I snapped a bunch of pictures, but they really don't do justice to the enormity and grandness of the castle. 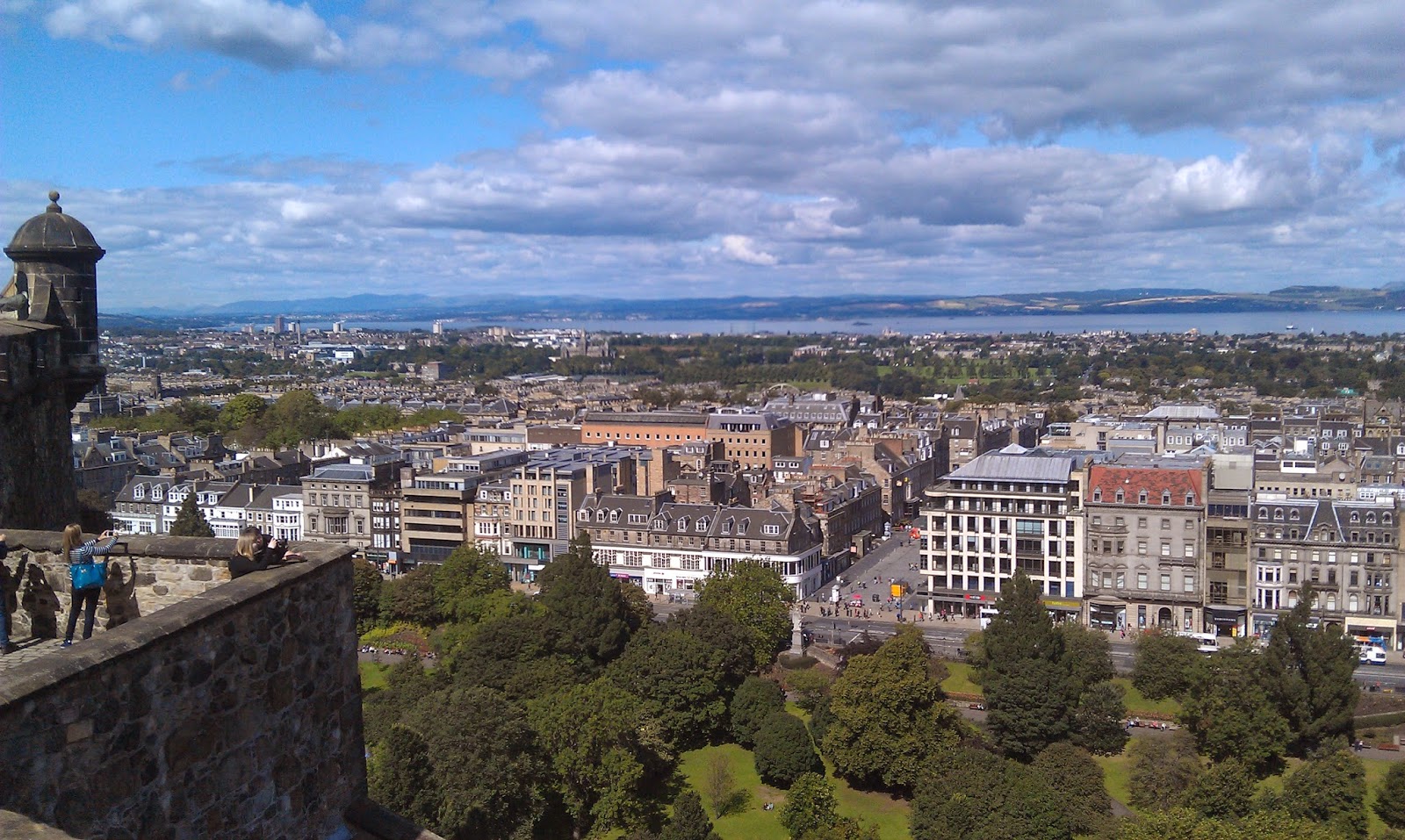 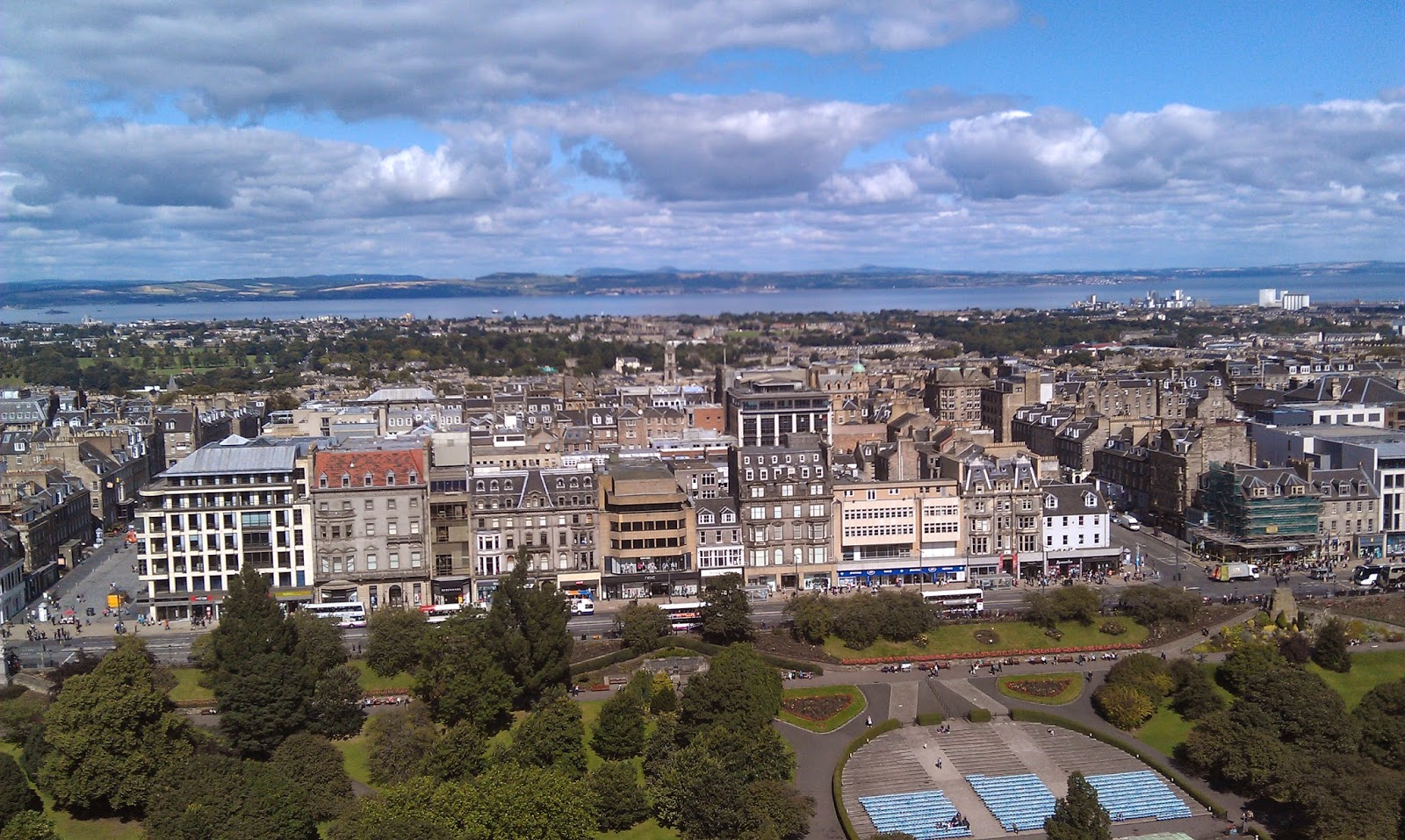 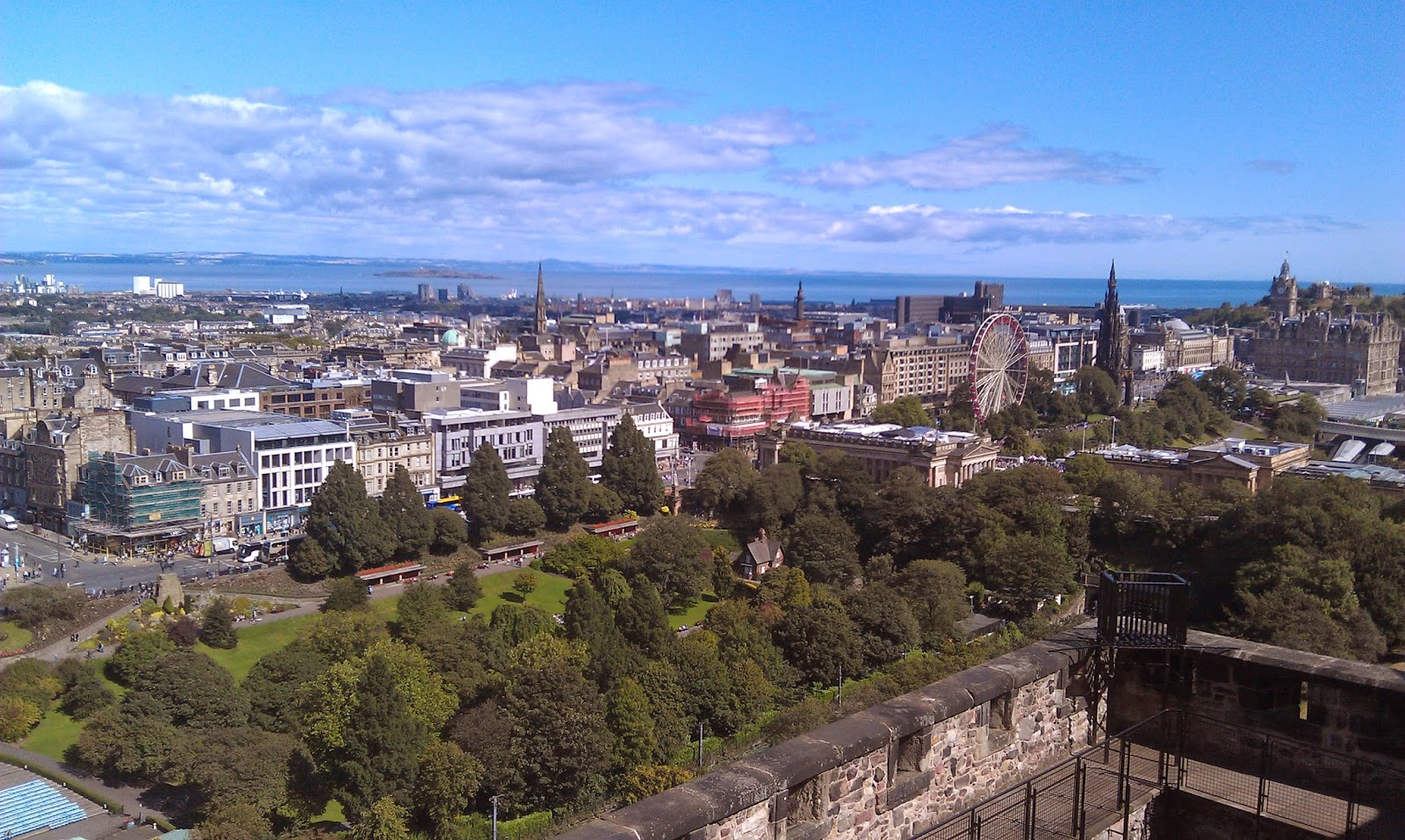 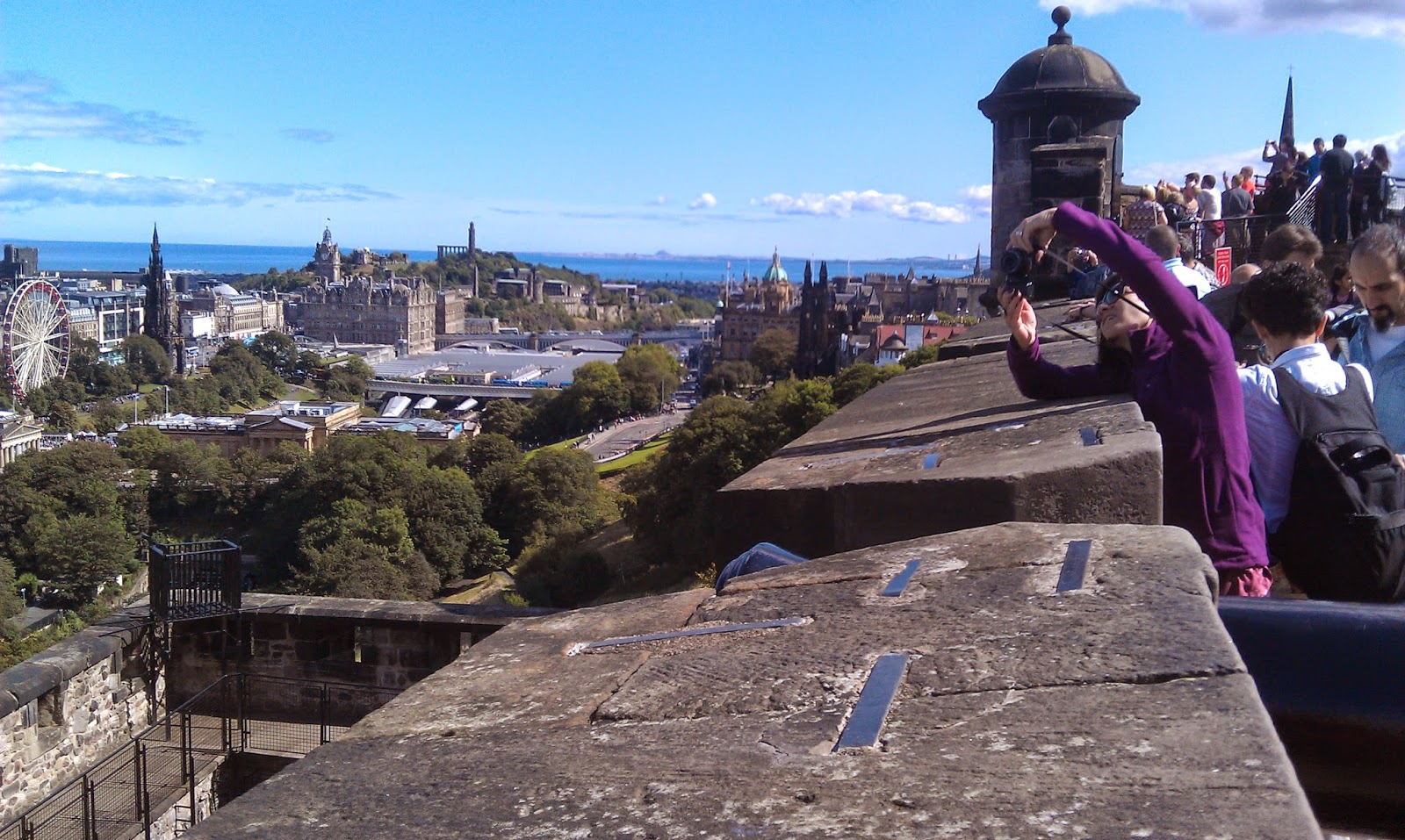 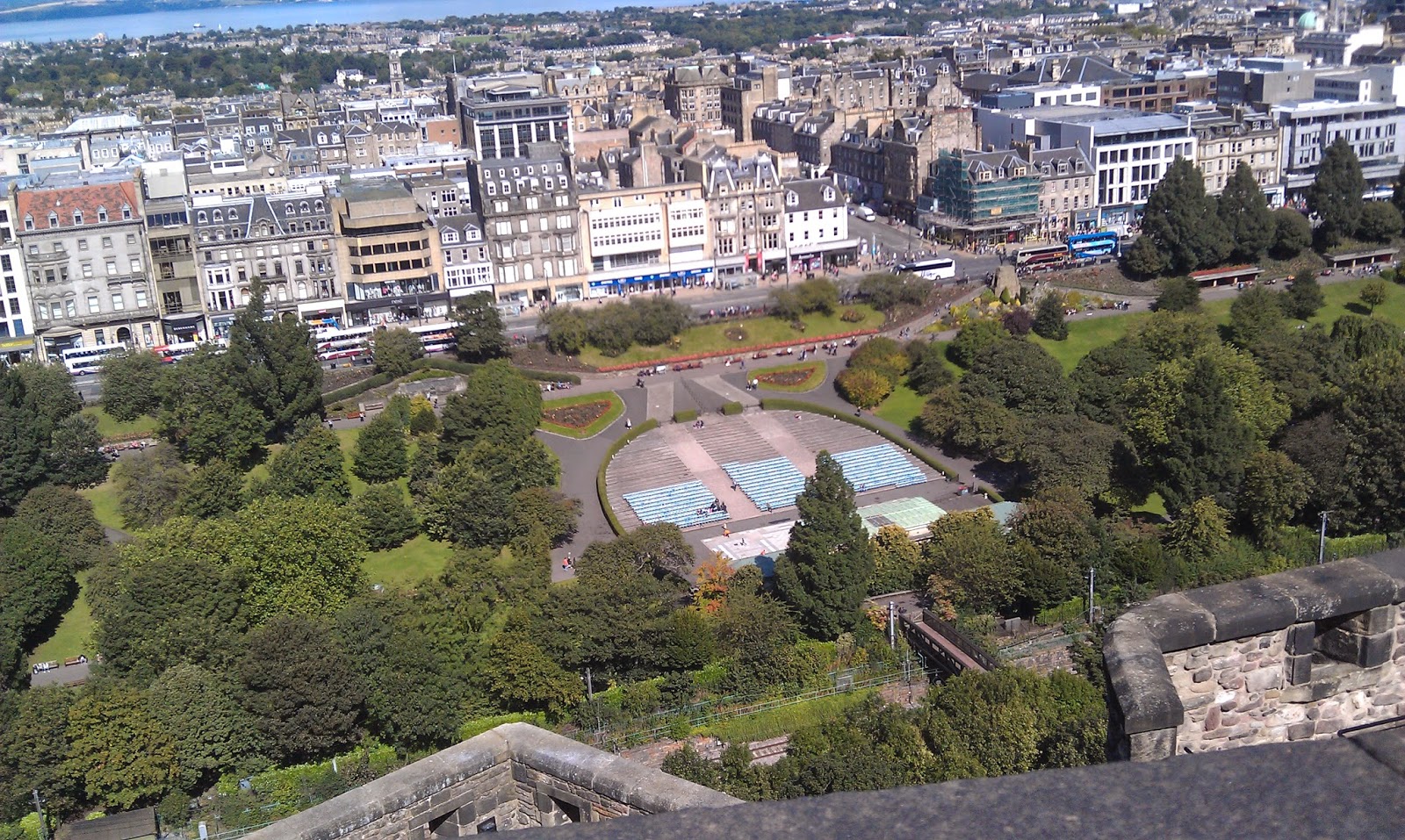 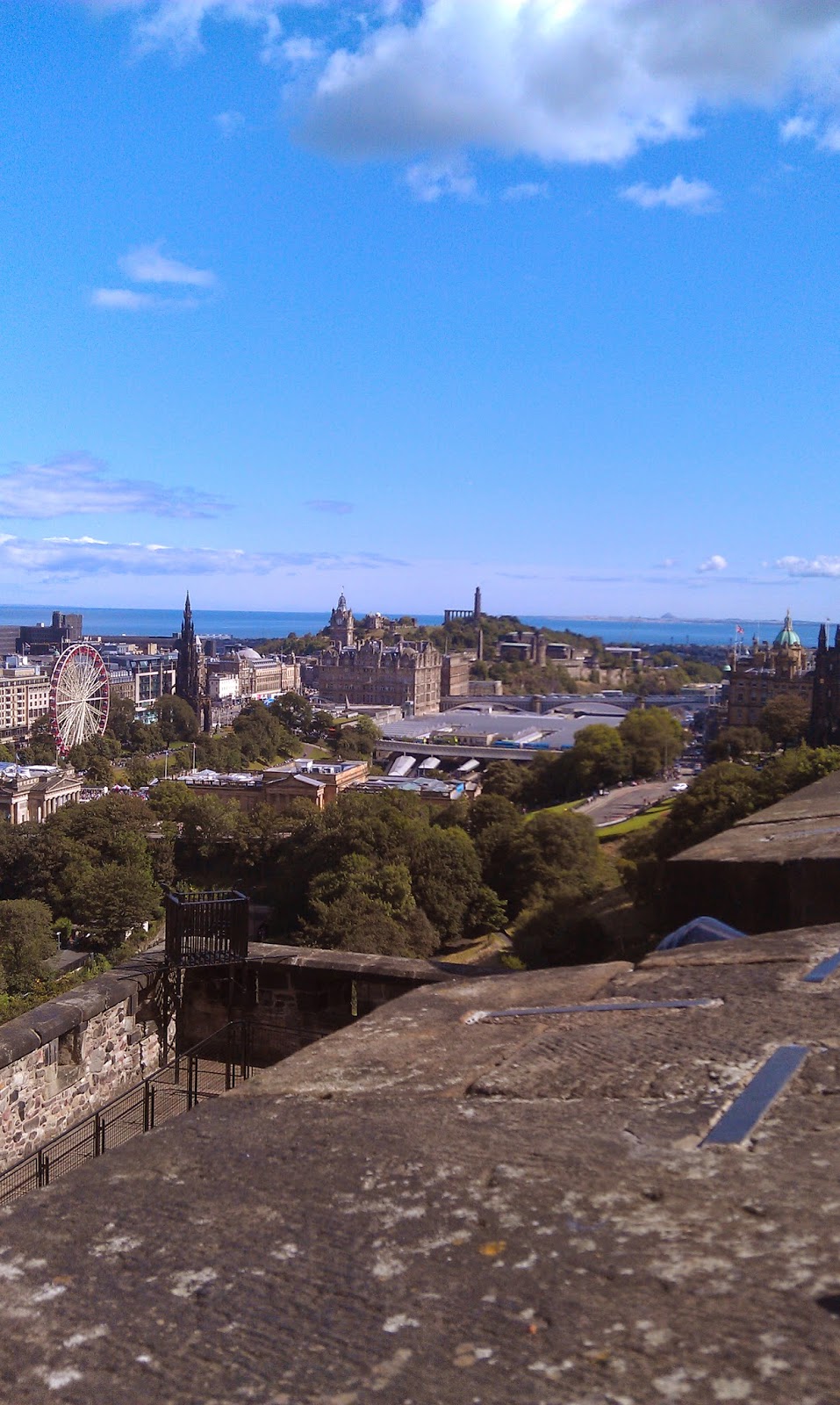 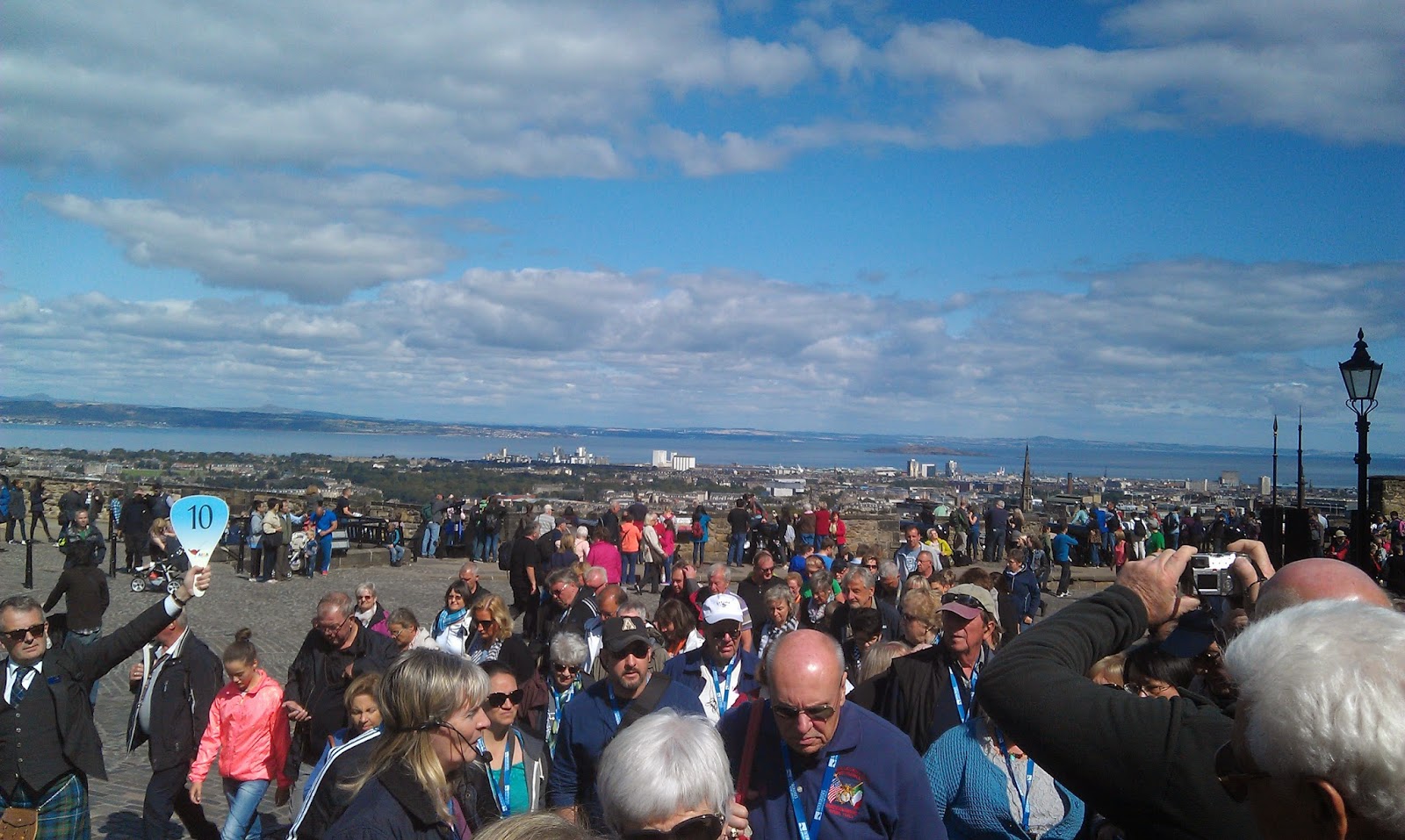 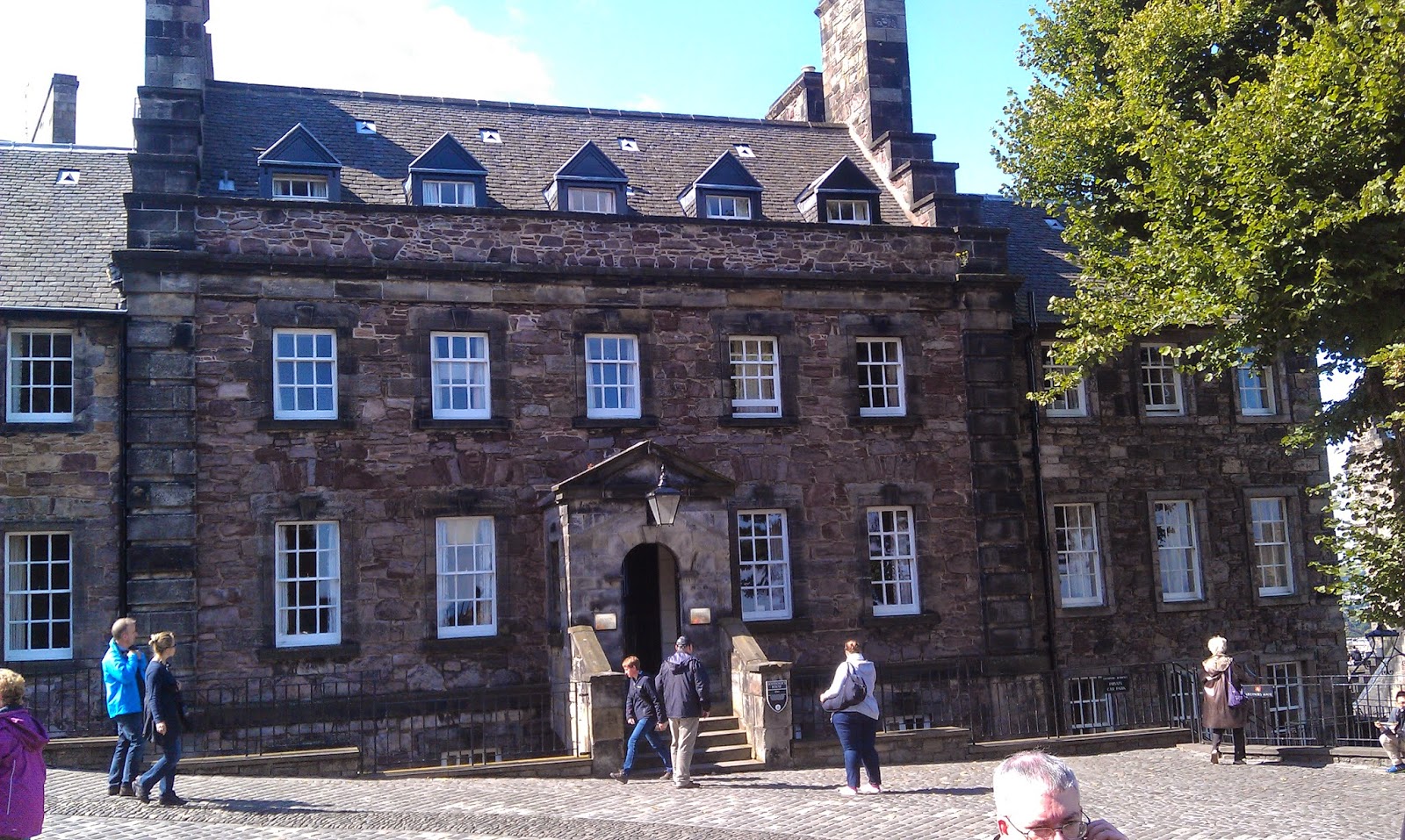 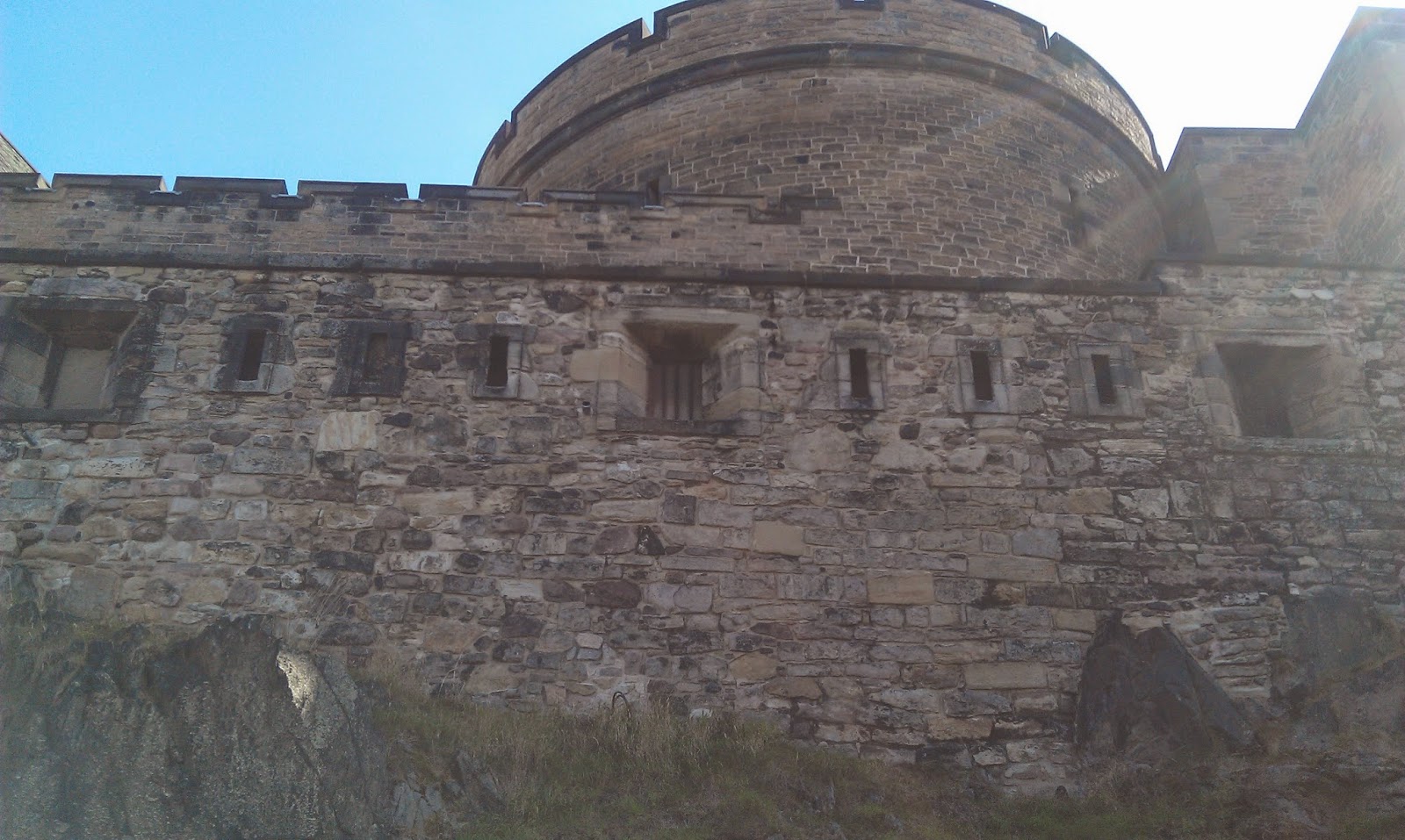 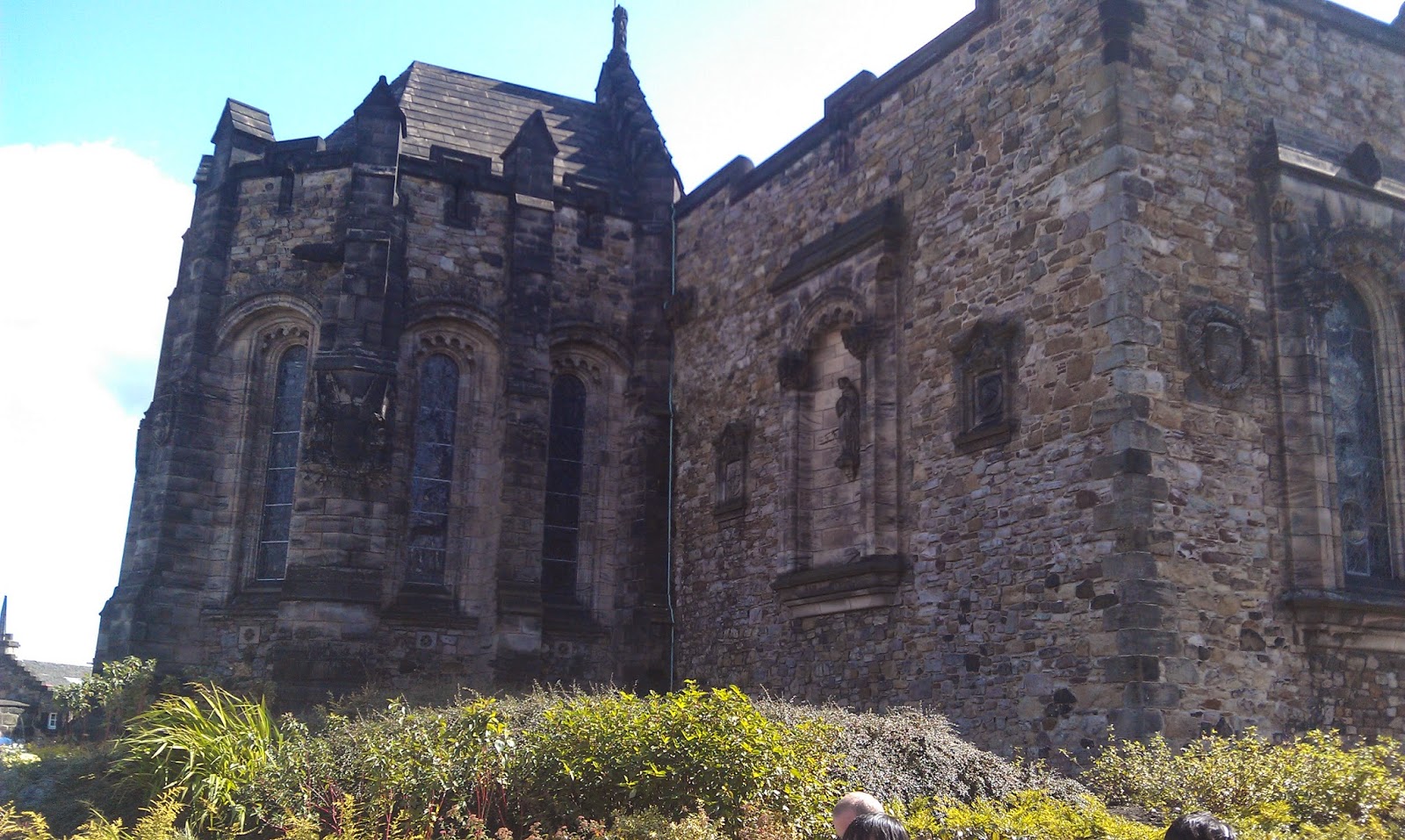 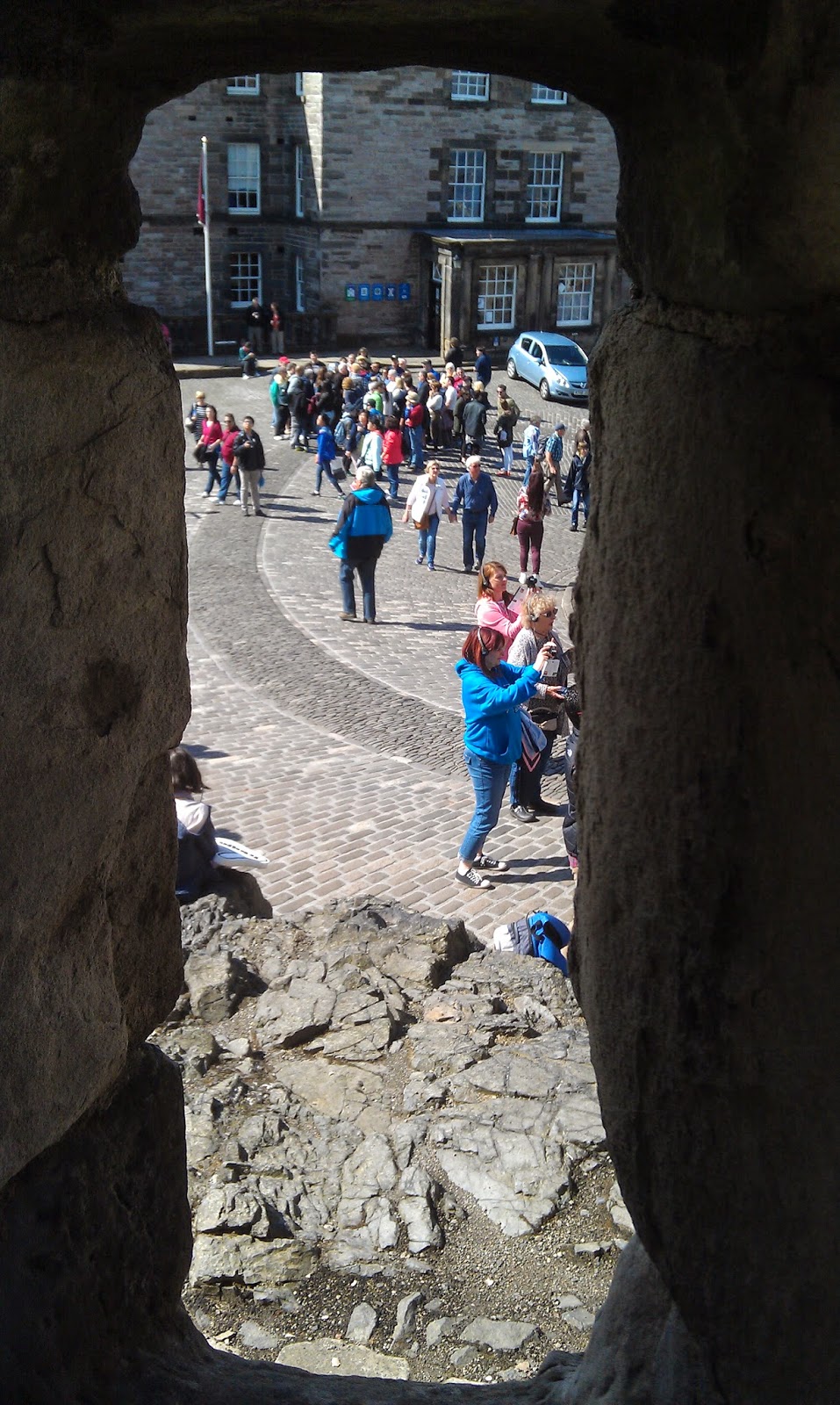 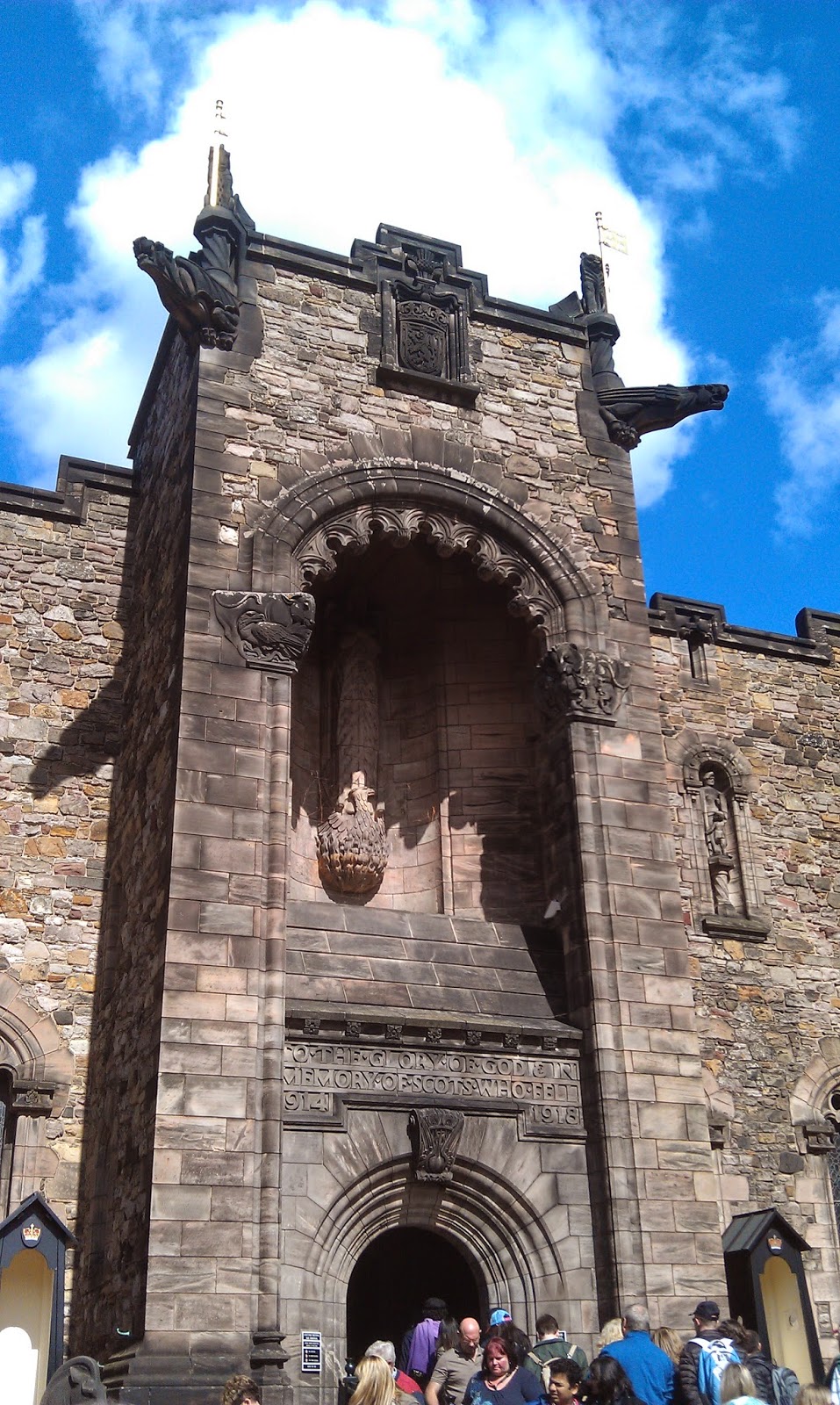 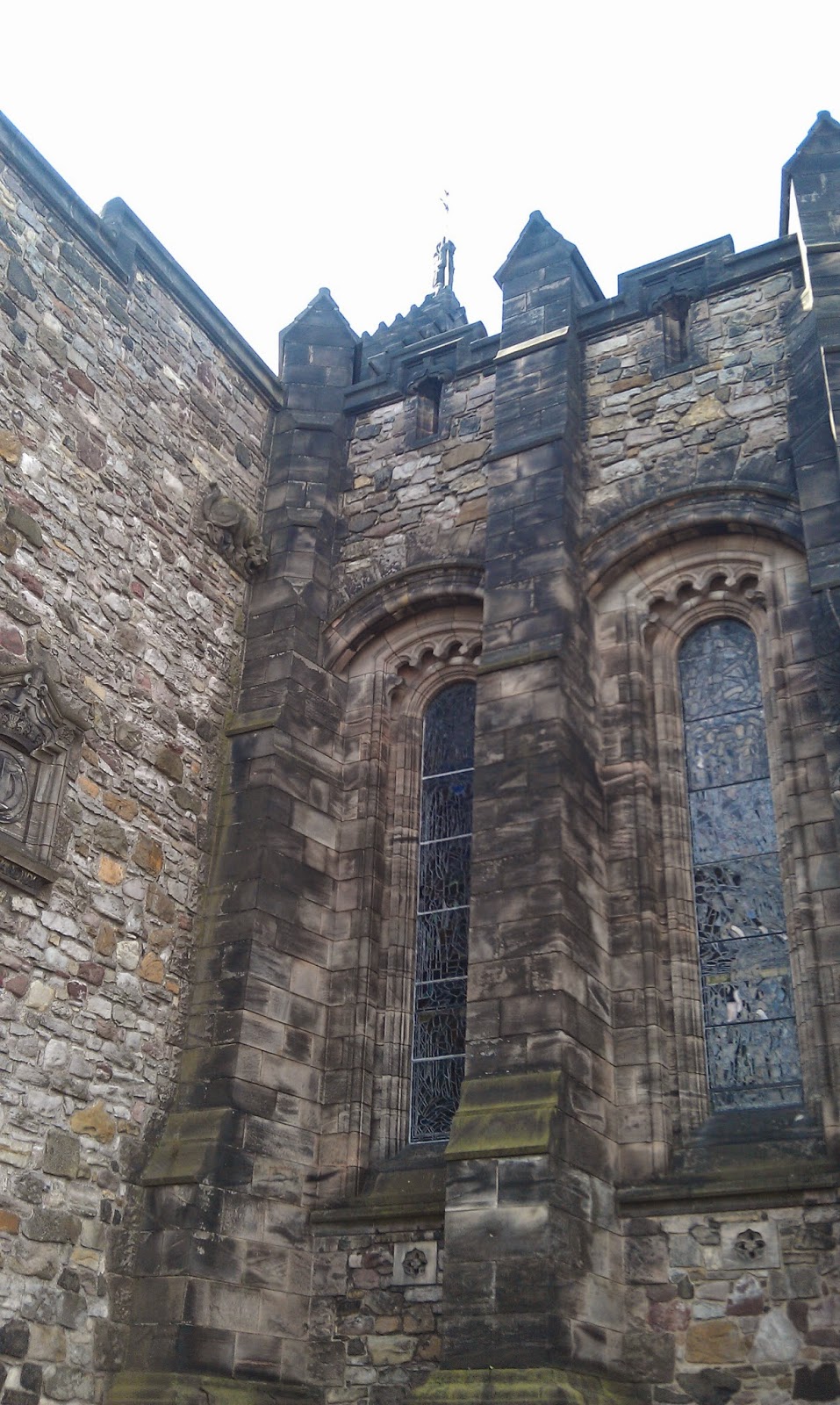 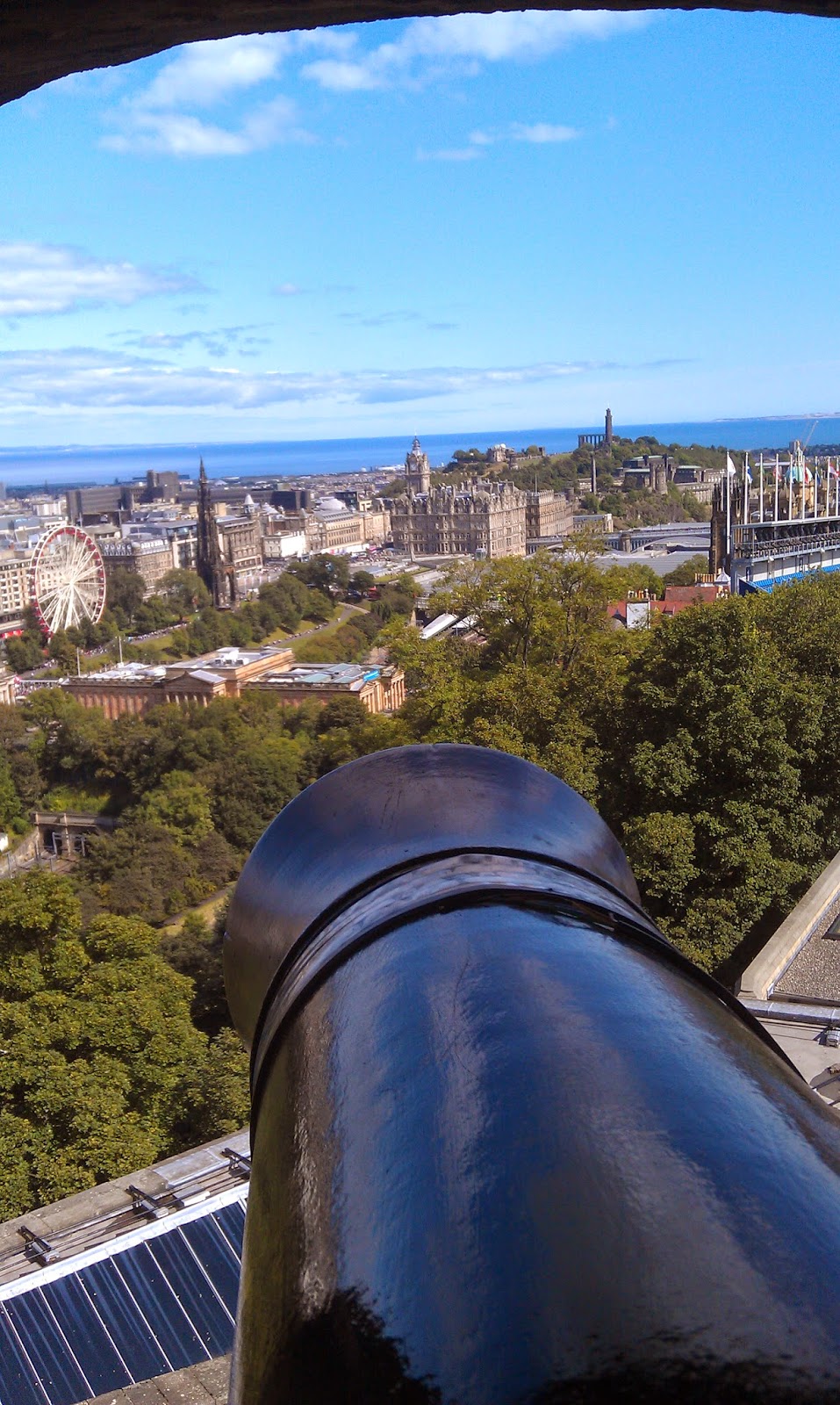 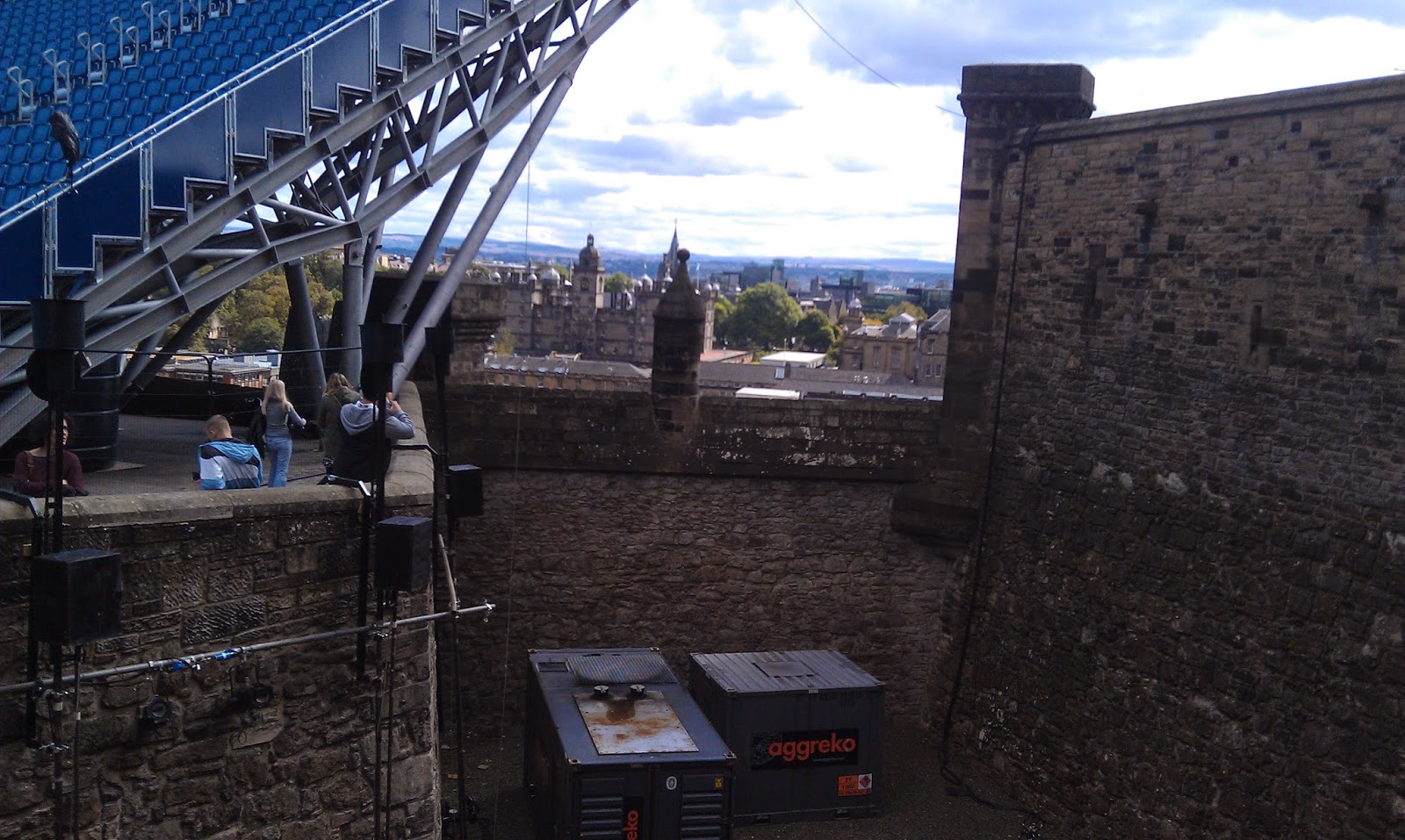 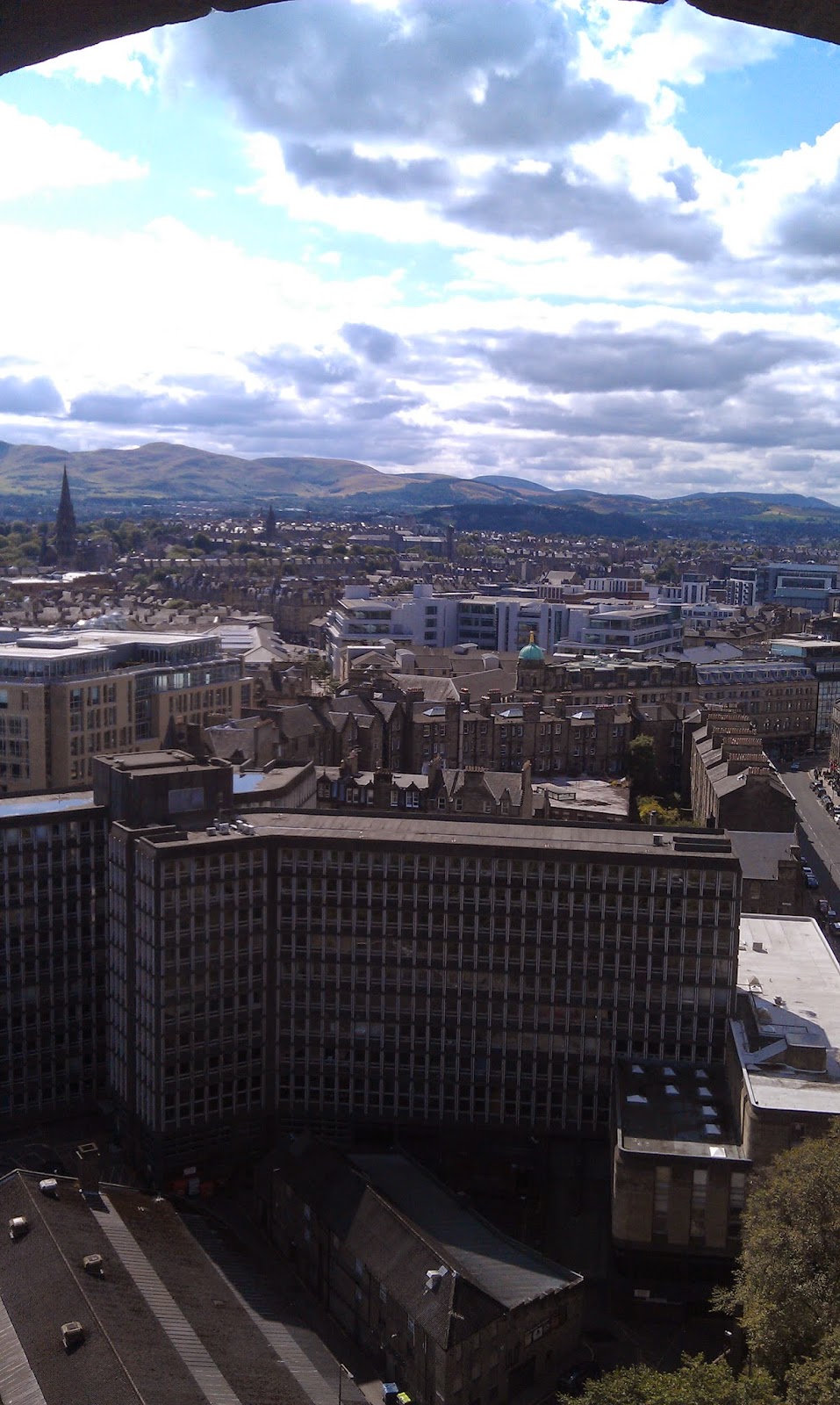 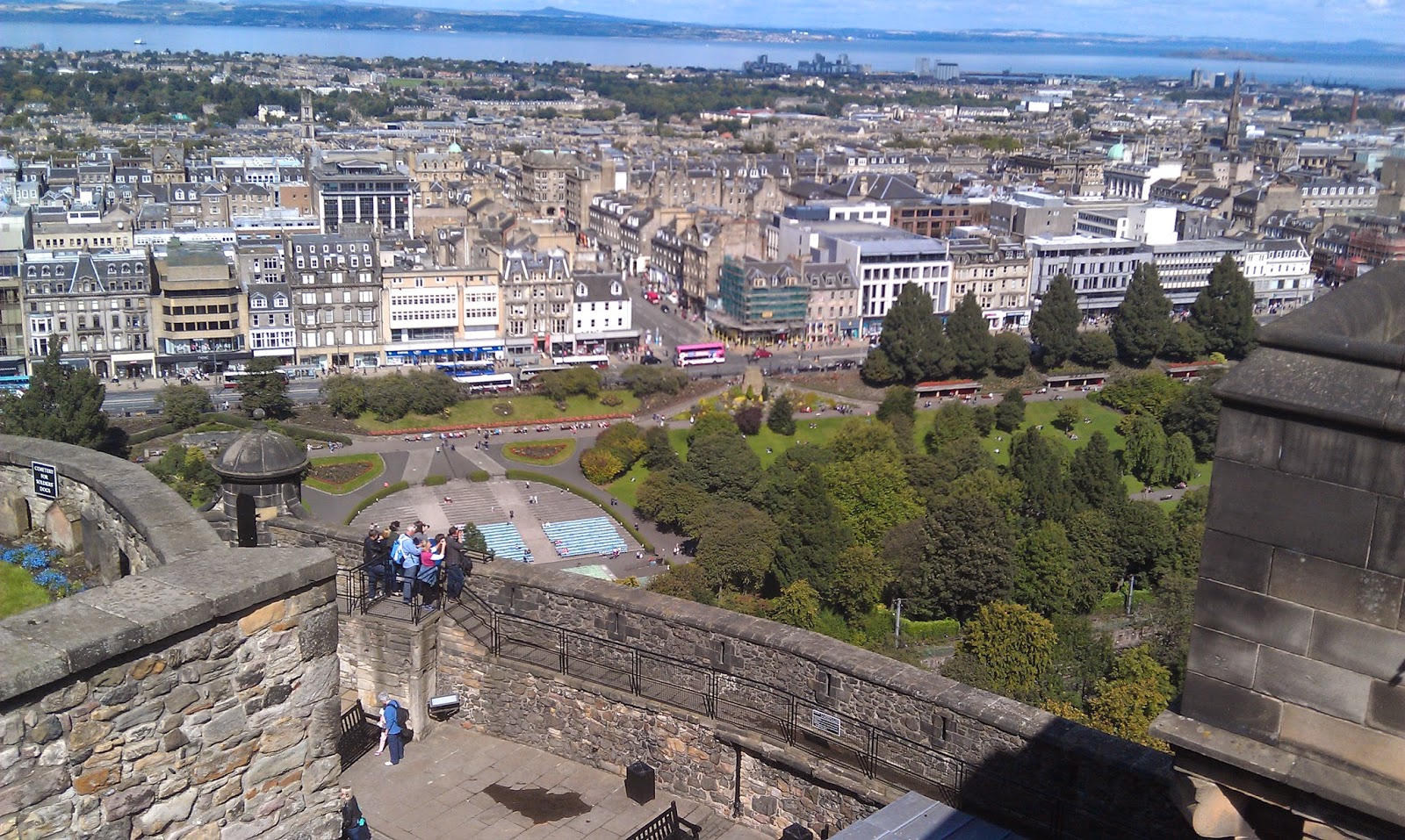