On the 7th day of our cruise, we had an excursion to the city of St Andrews.  St Andrews is a town that is mostly noted for its golfing, as there is a major tournament there every year where the top pros show up.  We took a long bus ride from Rosyth to St Andrews -- actually about an hour where we drove through some wonderful rolling Scotch countryside.  It was really interesting to see all the rolling fields of barley, grain and other crops. We also learned that due to the long, less intensive summer that fruit has a tendency to grow better there as well as taste better.  If the watermelon in the buffet on the ship came from Scotland, then I would tend to agree.

After arriving in town, the first stop was St Andrews Cathedral.  We were given a whopping 10 minutes to explore the grounds once we exited the bus, so I basically did a run / walk through the area.

The first thing to note is the ancientness of the area.  According to the Wikipedia entry, the area was founded in 1158 AD and there was probably a very nice and large cathedral there at one point.  By the mid 1500's it was left to rot after the Reformation.  Now it is nothing more than ruins and a lot of grave stones. Only a few of the original structures remain.

I had only a brief amount of time here and I was literally half running through the area snapping as many pictures from as many different angles as I could.  The few grave markers I could read look like they were between 100 and 150 years old.  From the looks of it, though, some of them were much older.

I really wish I had had a bit more time here.  Despite it's dark, Gothic feeling, there certainly was a lot of history here as well as weird sort of beauty. 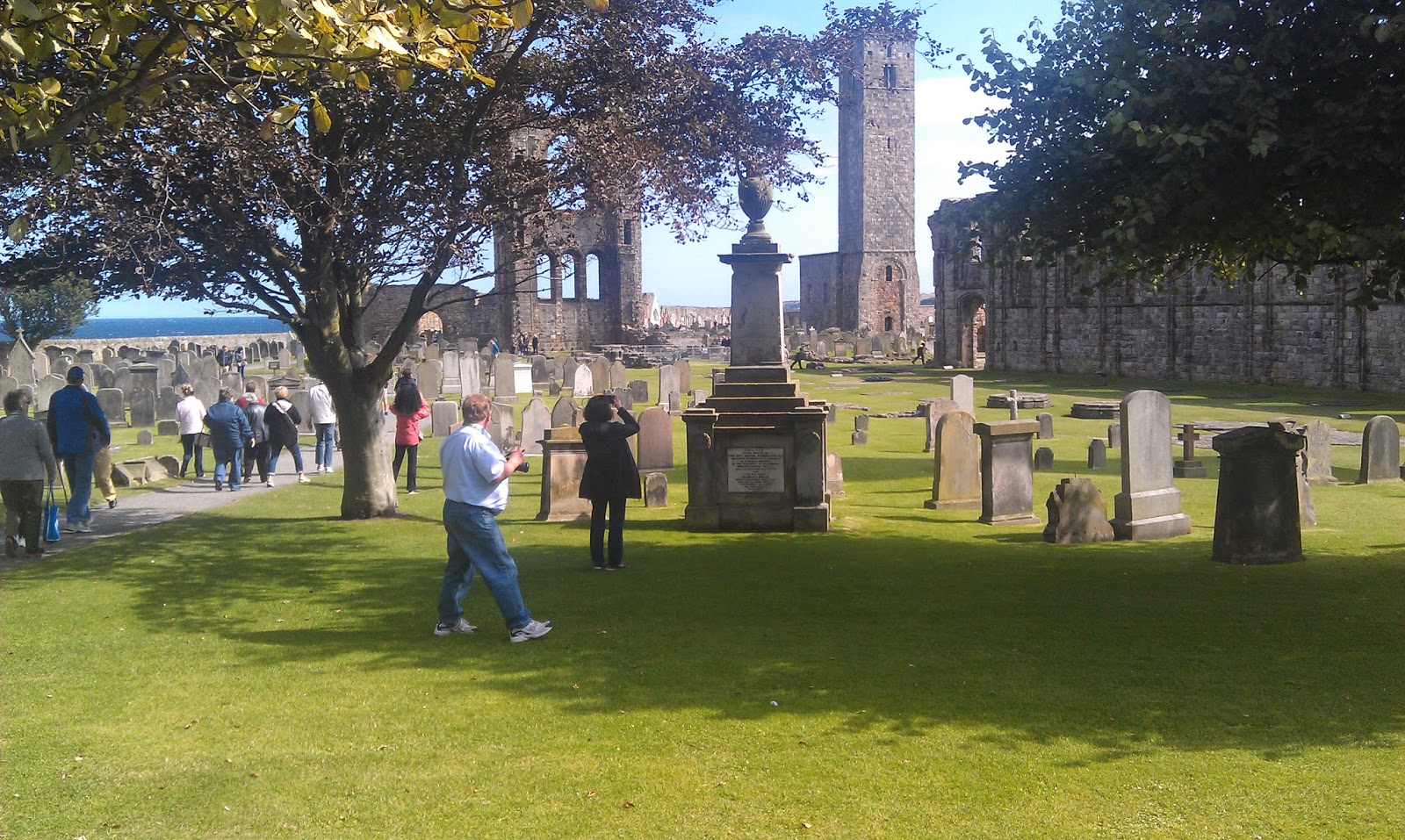 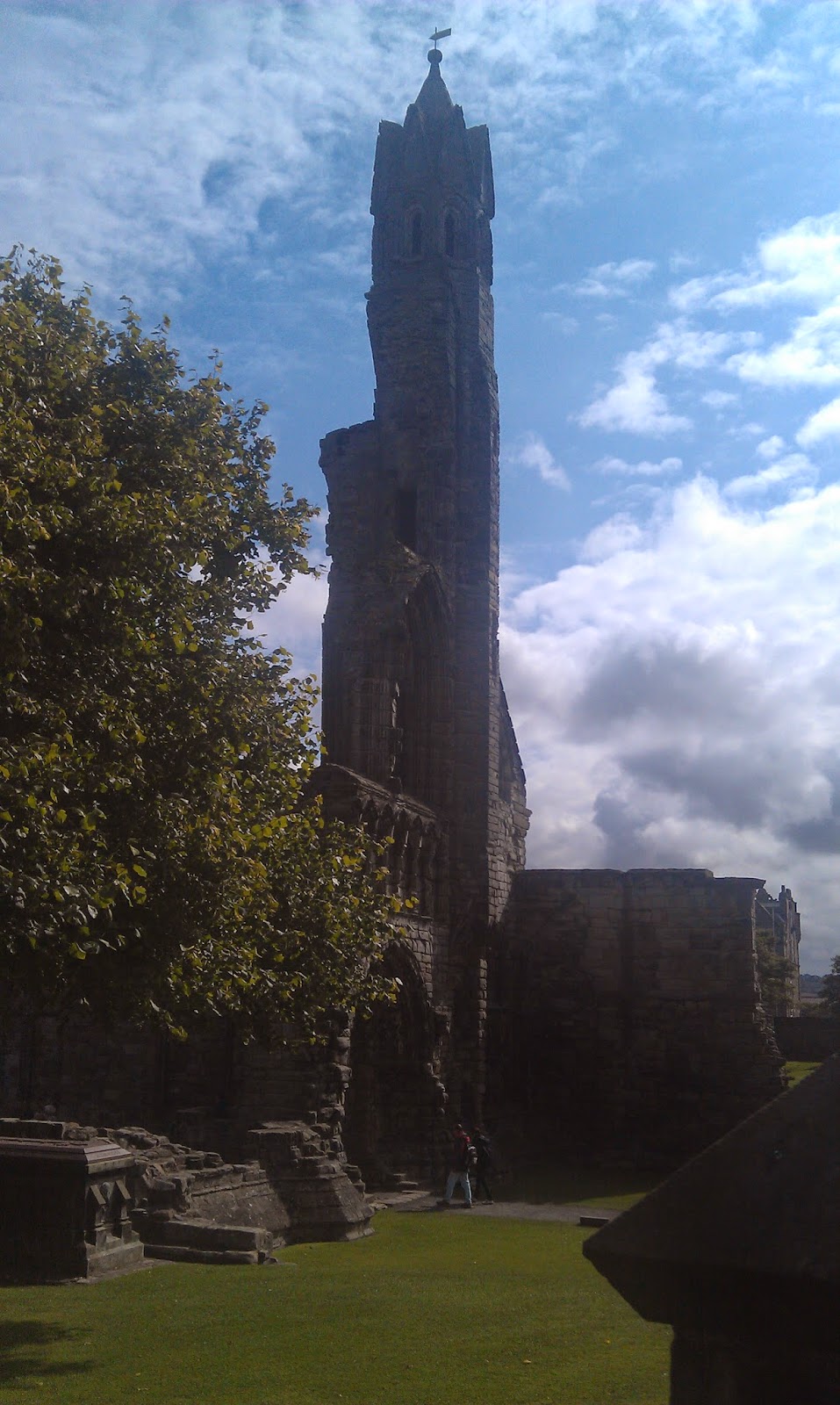 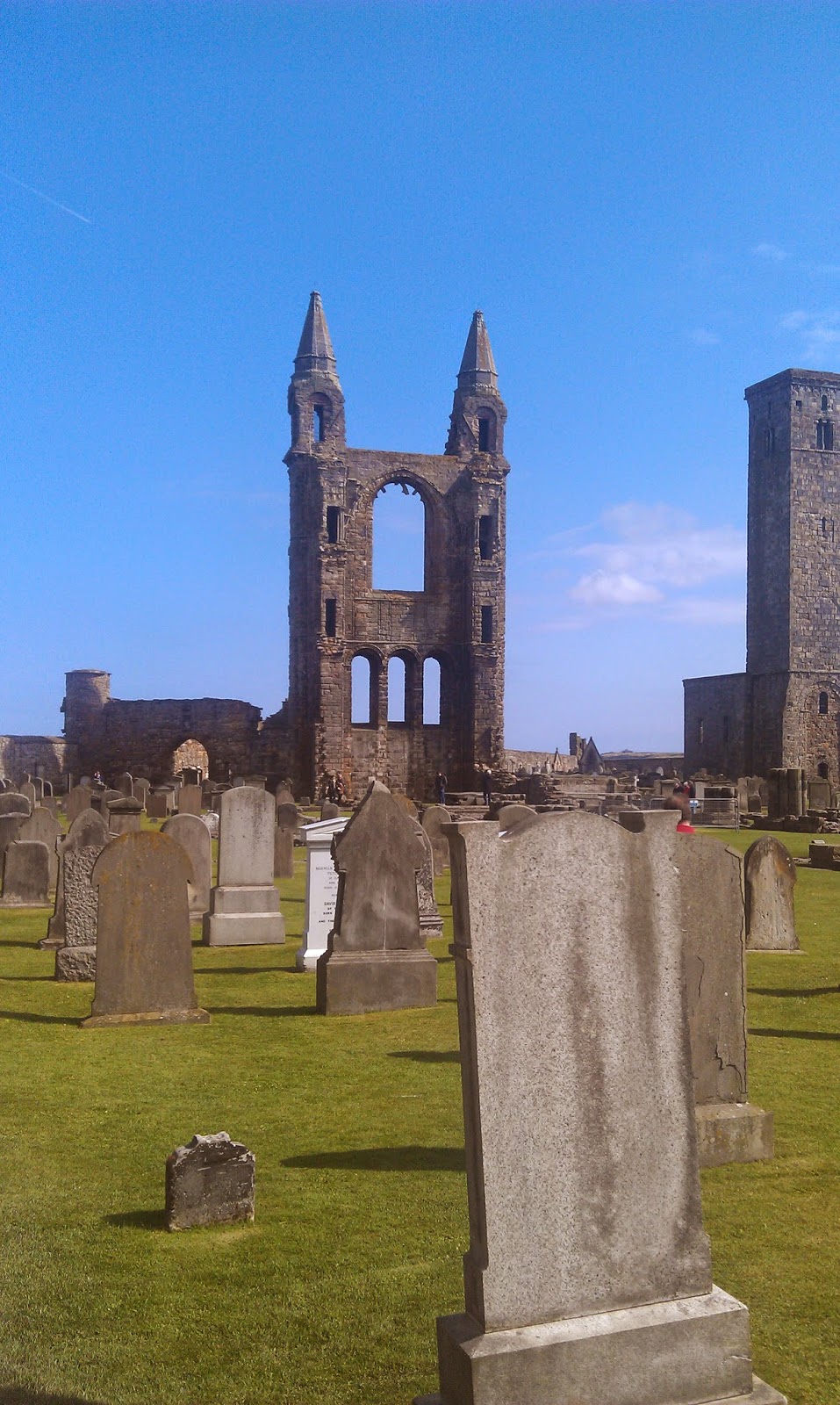 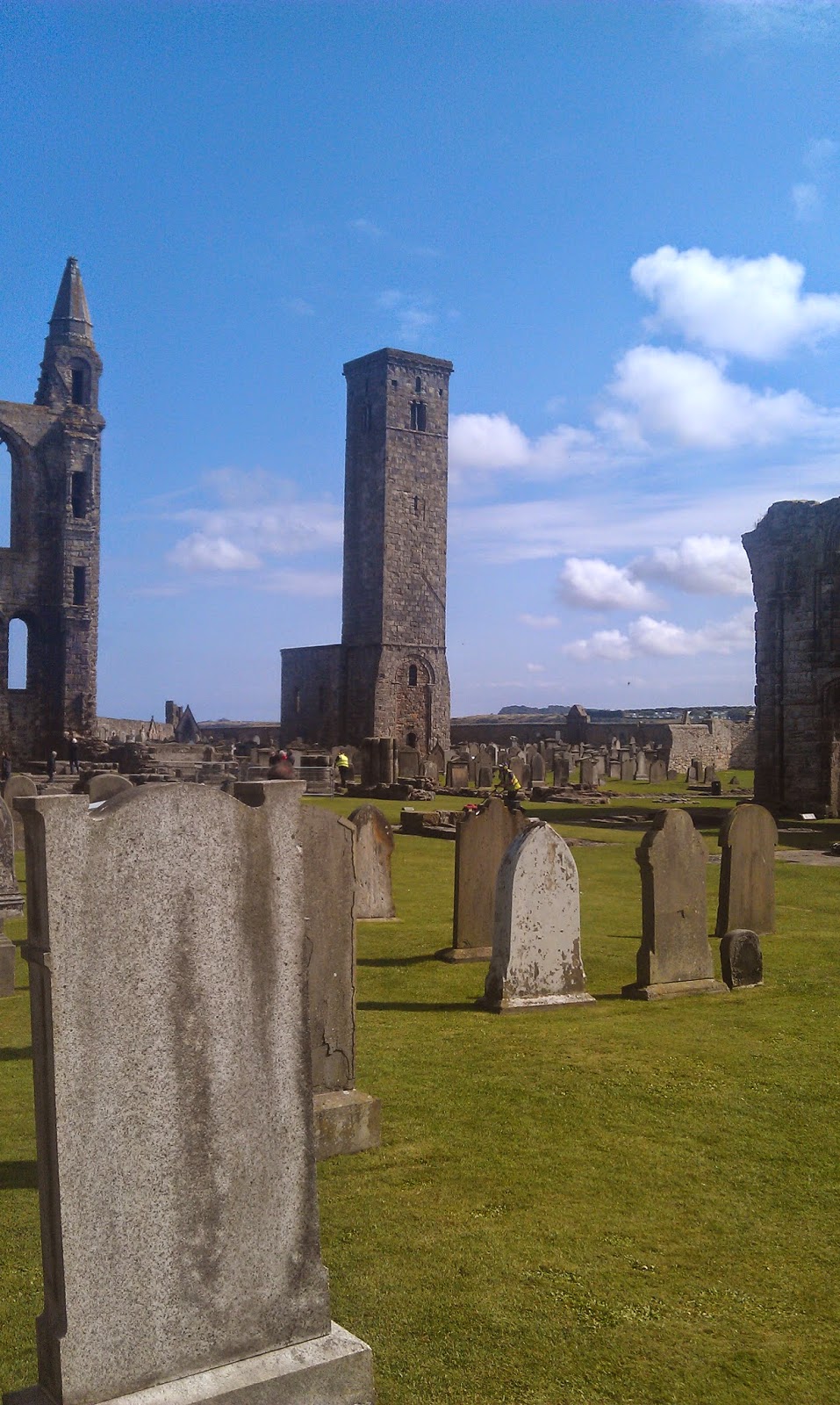 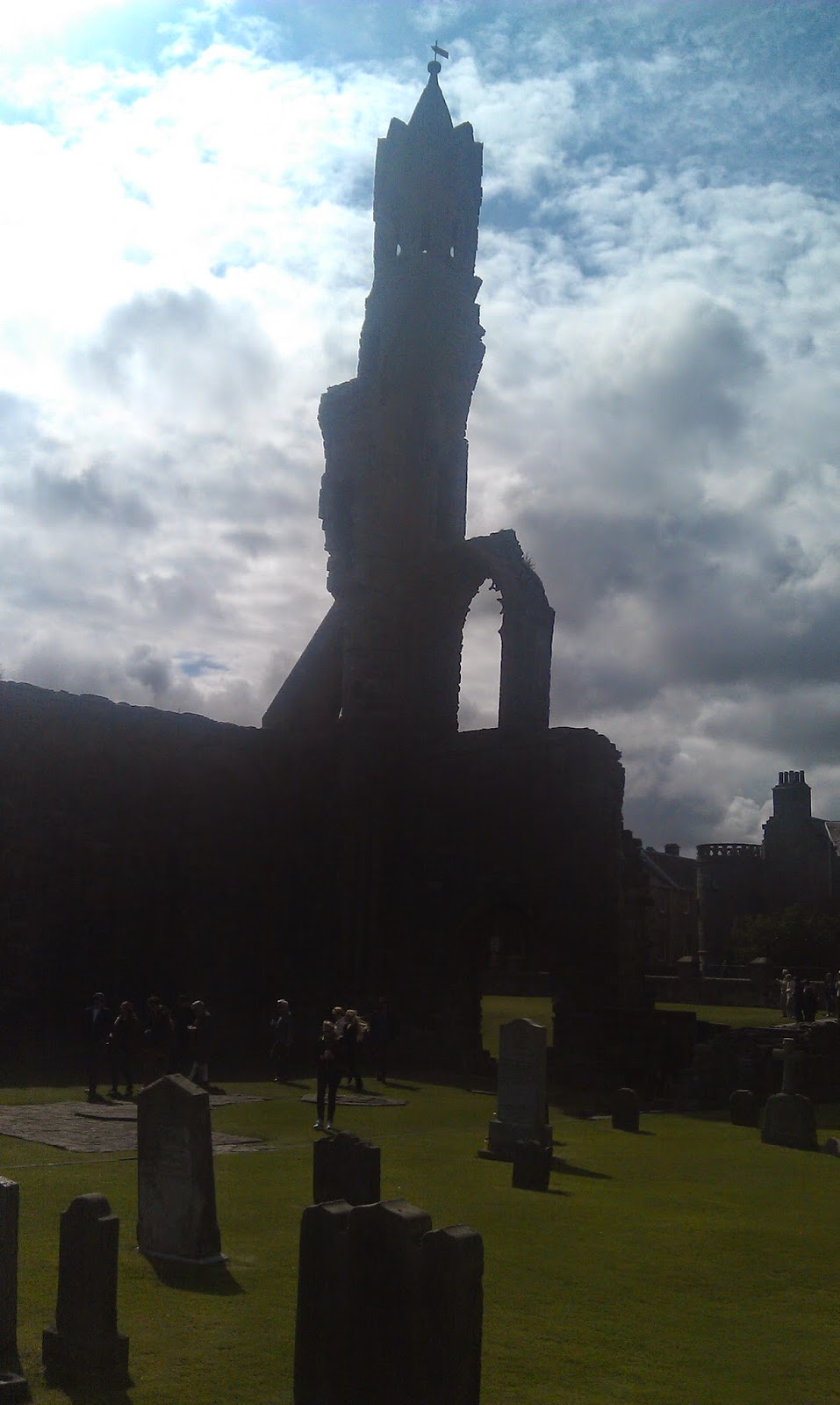 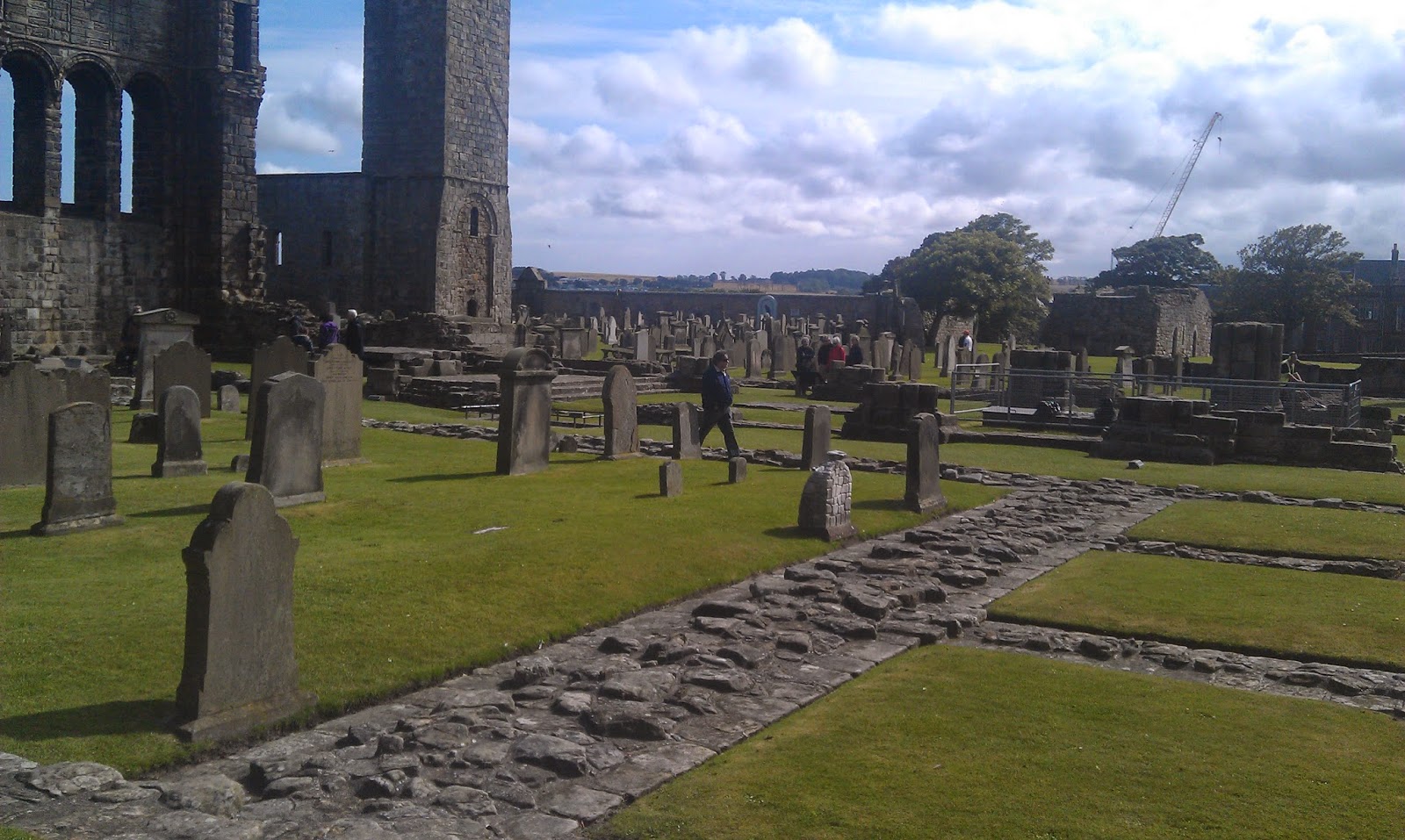 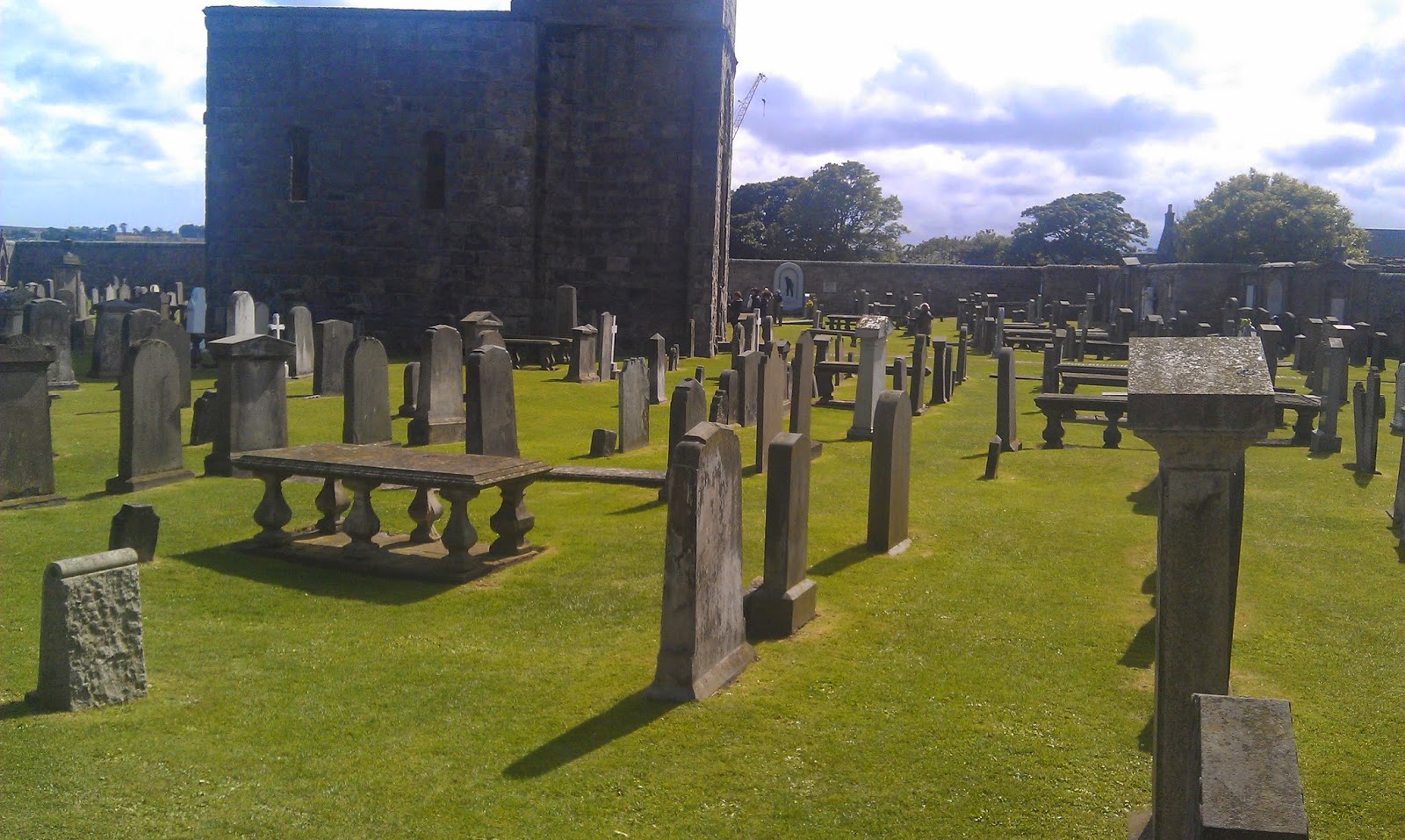 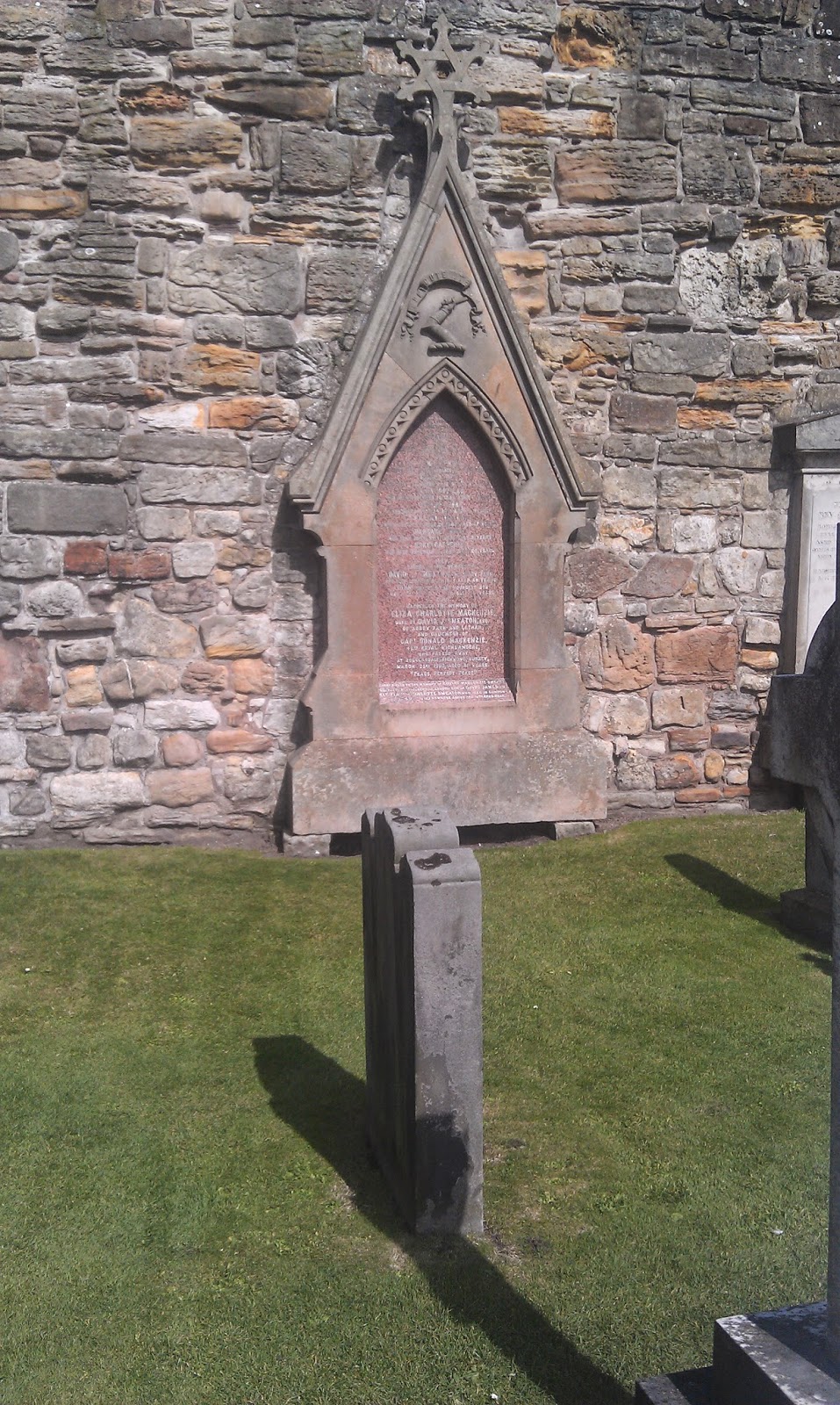 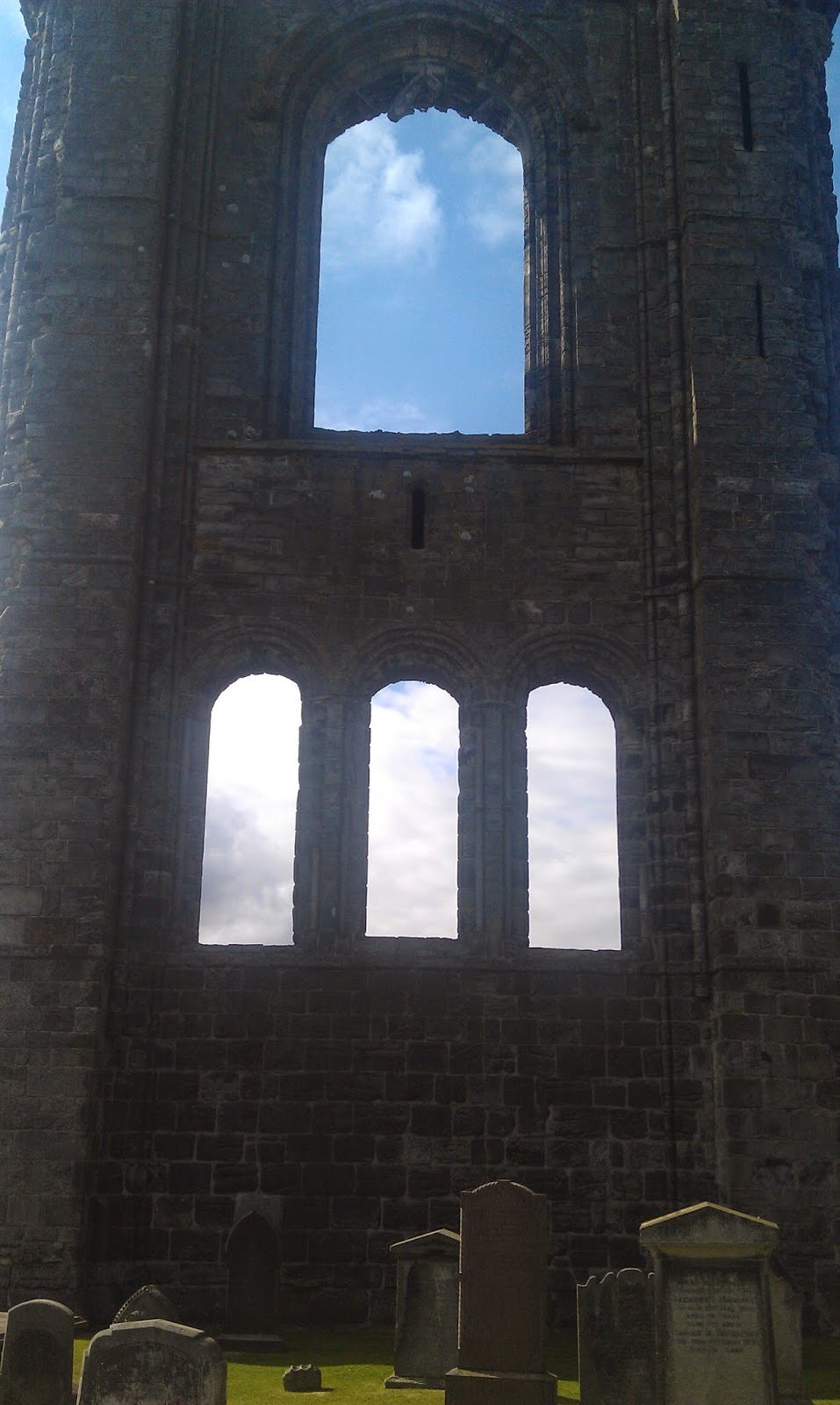 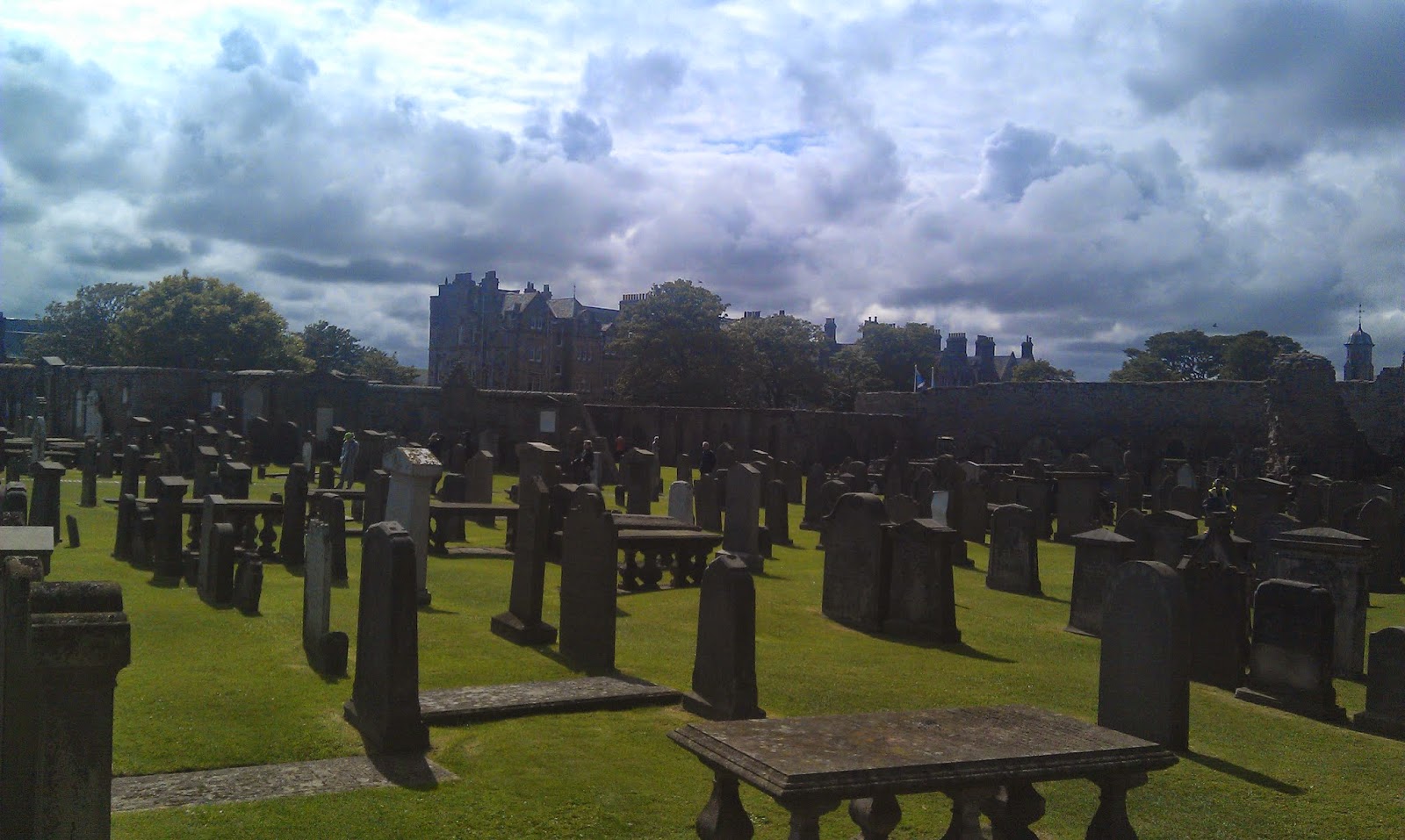 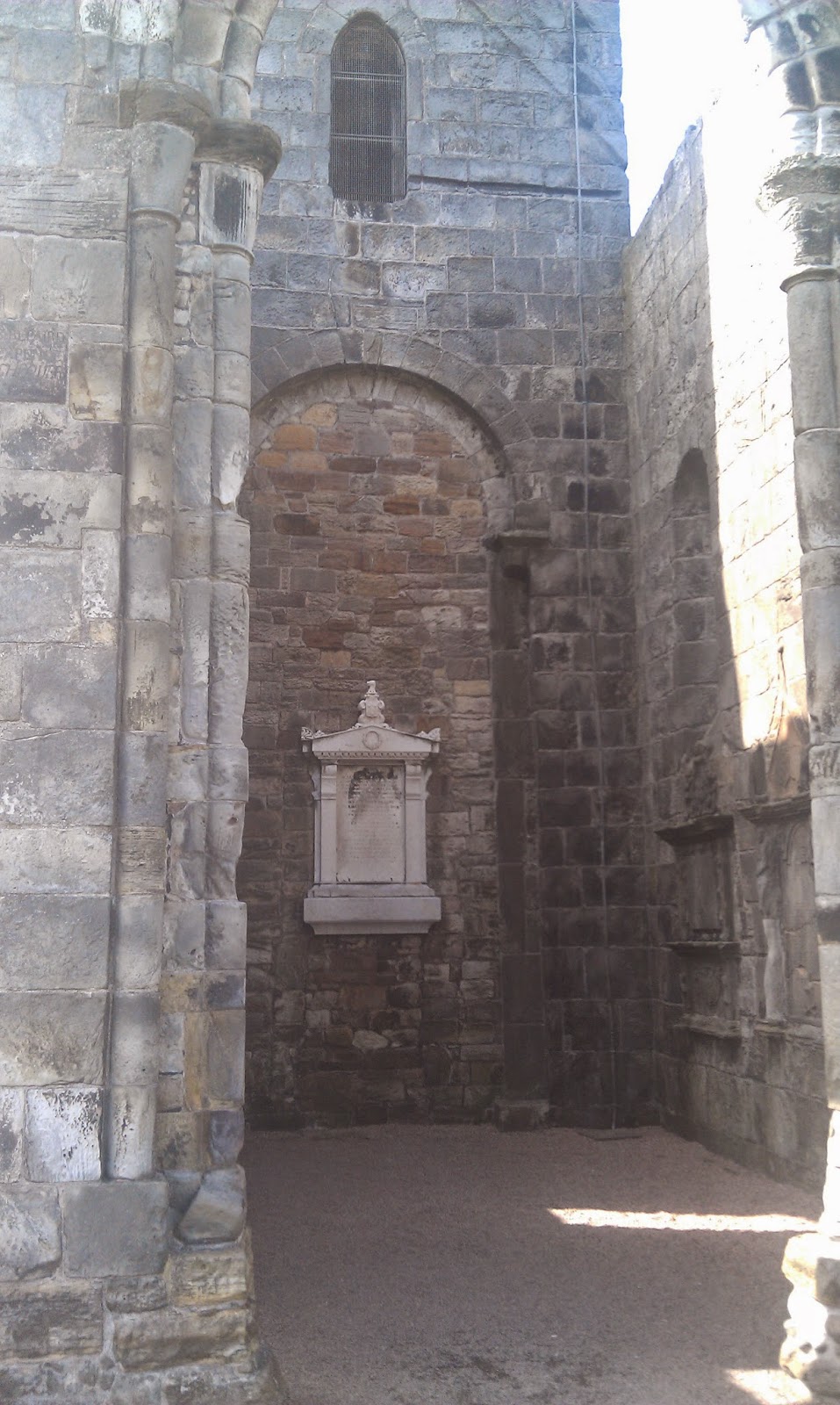 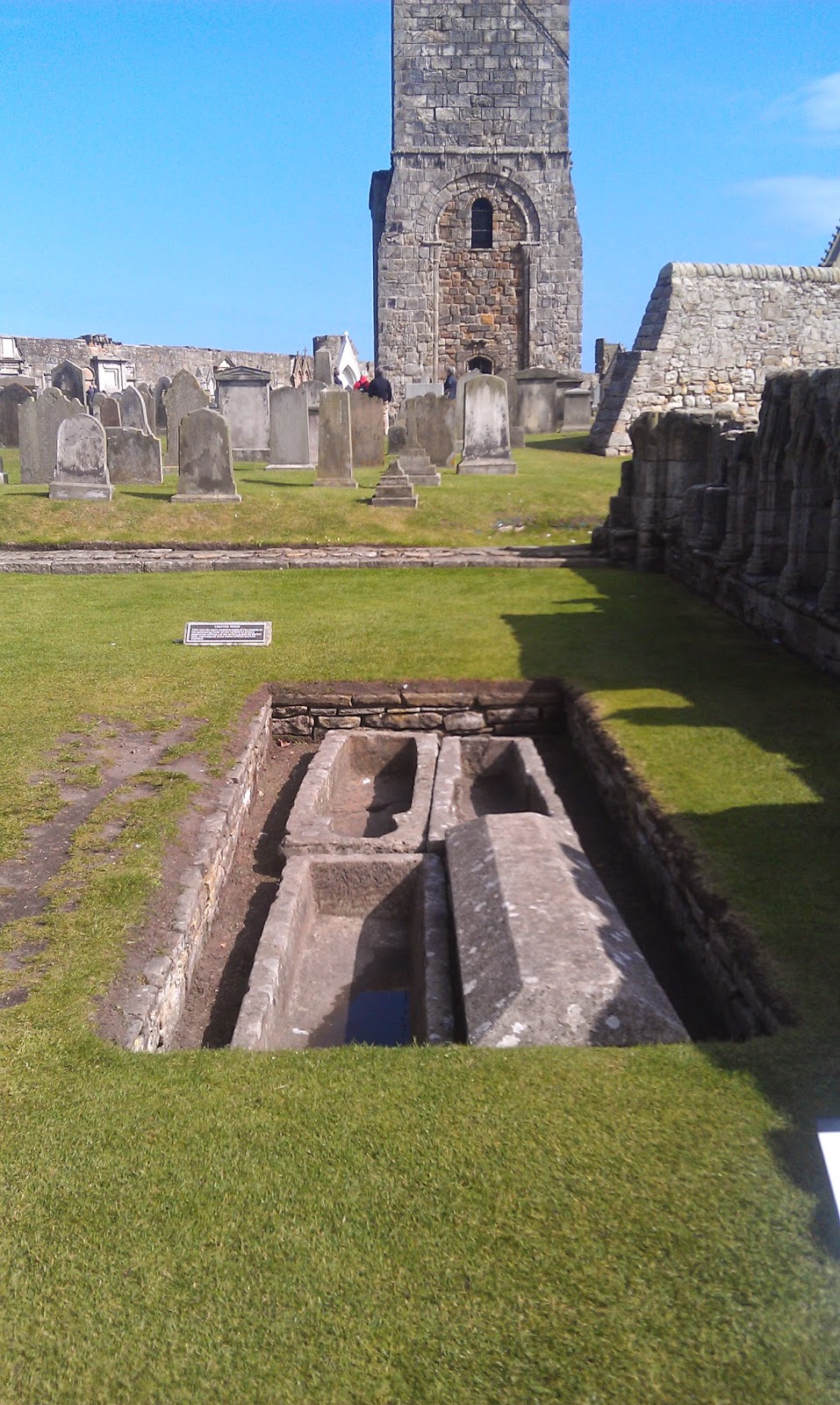 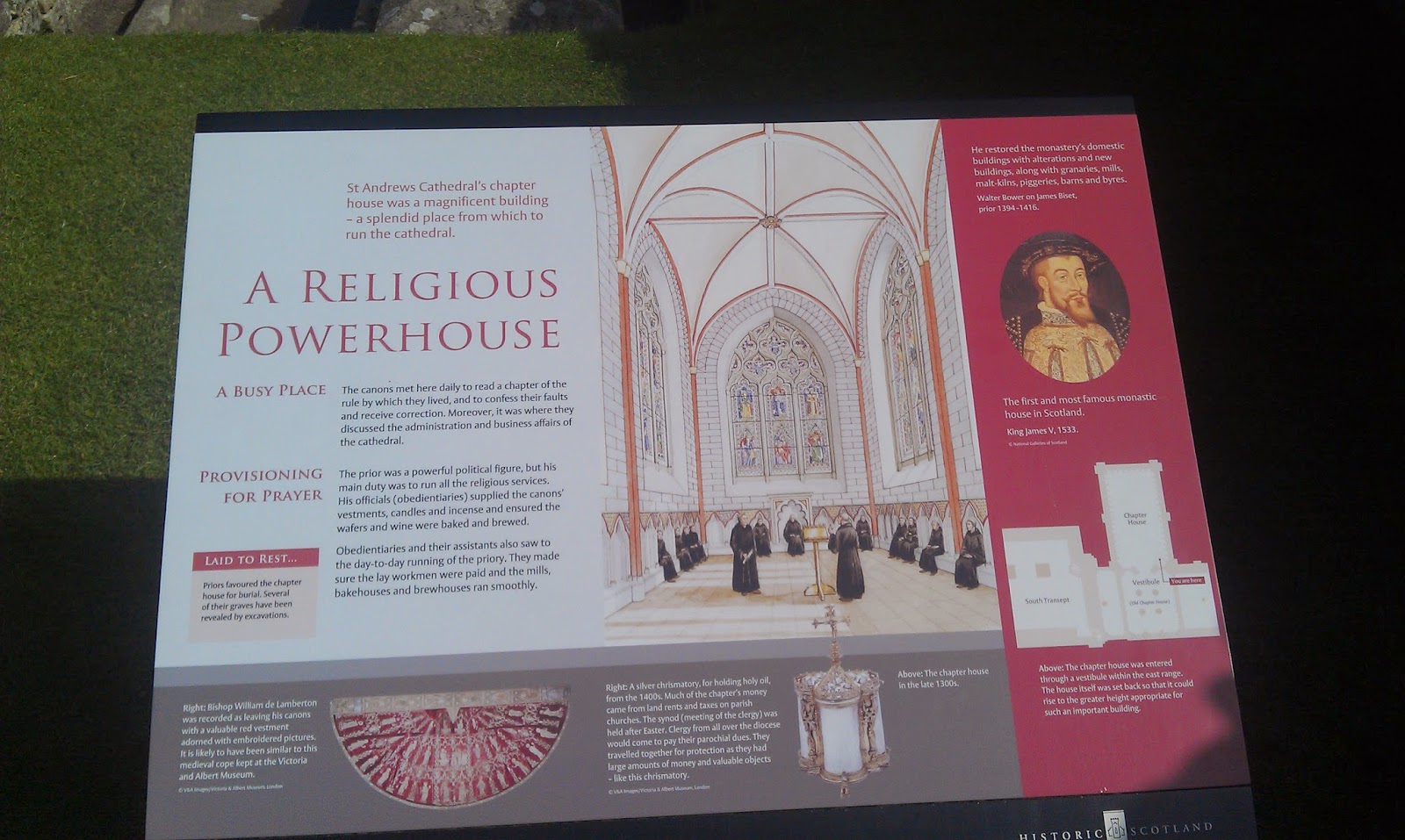 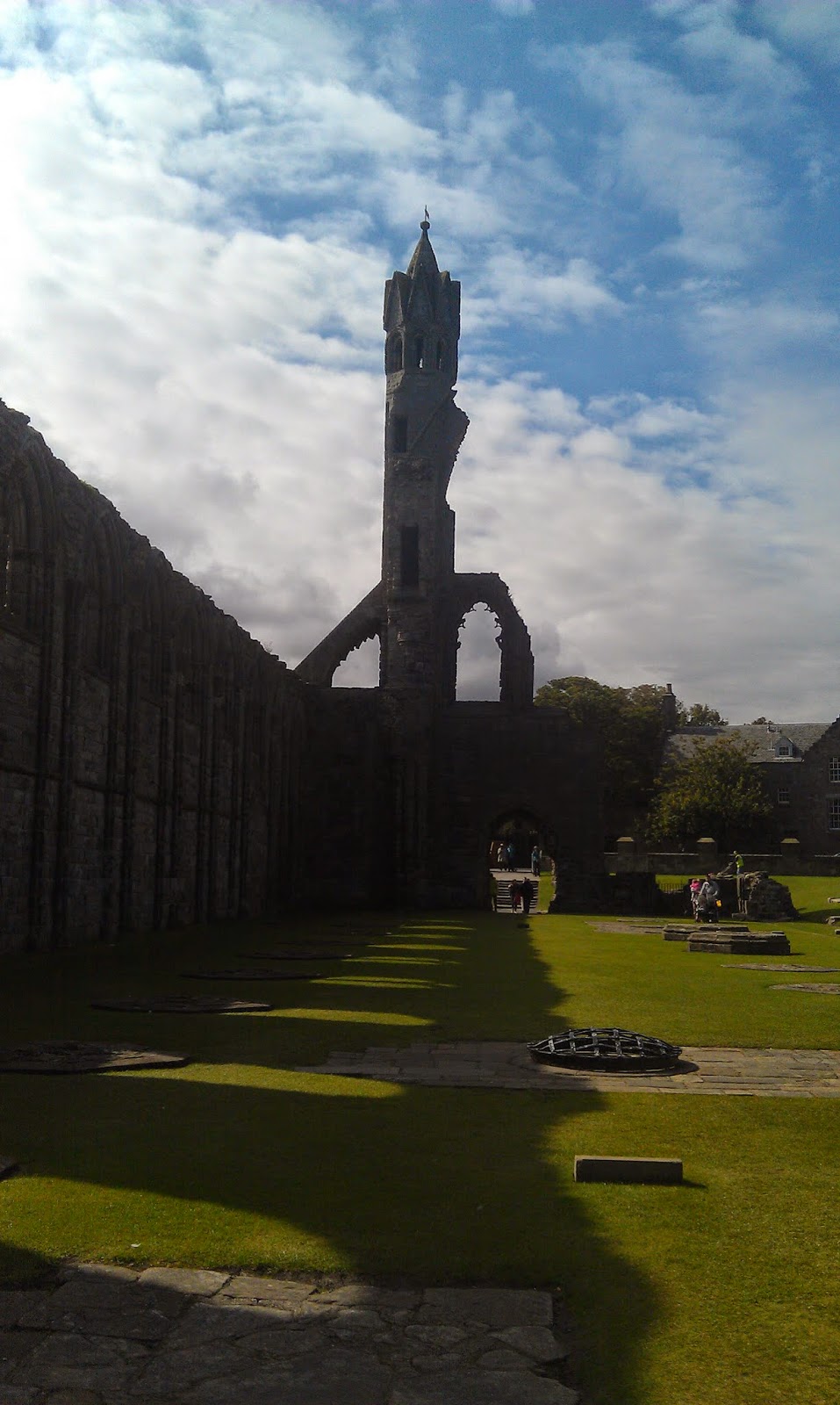