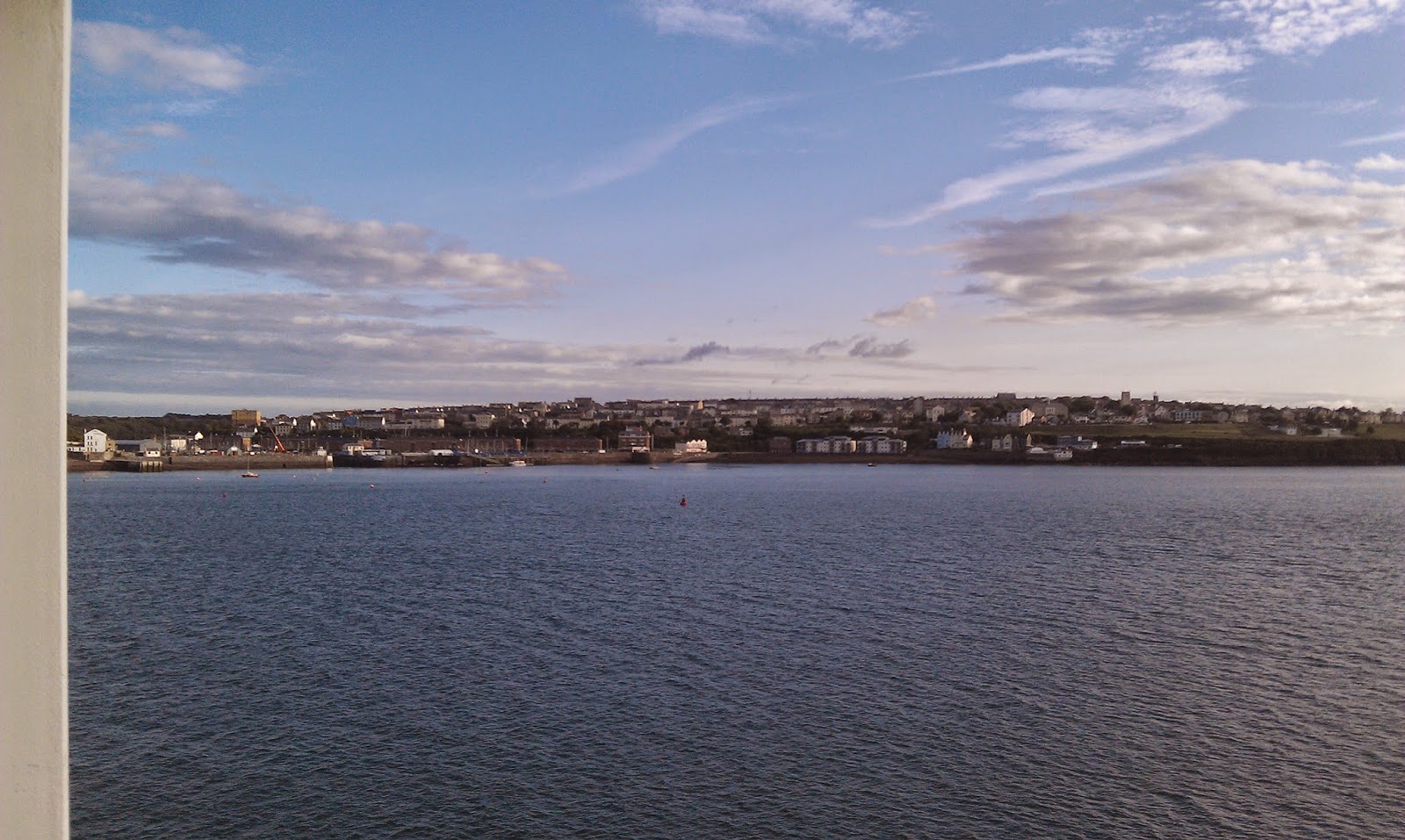 
Day 3 of our trip brought us back onto the mainland in Milford Haven.  Milford is a port city in the country of Wales and once again we had to be tendered to the port via a small boat.

I was really excited about today because I had a tour of visiting Carew Castle as well as visiting the town of Tenby.  I was also itching to do a little exploration in the port since I was starting to get the hang of the way tours and the boat worked.


I woke early and hit the breakfast buffet and then I was all set to do the tours.  By 9AM I was on a bus and on my way to the castle and Tenby.  I'll do a write-up of each of those places in a subsequent post, as the pictures / write-up deserve a page of their own.

We got back to the boat and I was very tempted to go for a run in Milford Haven.  However, I had promised myself that I was going to lay low this trip and let my body recover.  Also, there didn't appear to be much going on in Milford.  It just looked like a typical middle class port town.  Perhaps there was stuff just outside the main road, but I didn't see anything that made it look like it was within walking distance.

I jumped into the lunch buffet and wound up napping for part of the afternoon.  I was still wiped out and catching up on my sleep that I had lost on the way over.

For dinner I had a crab cake appetizer followed by some awesome tofu pad thai.  I kept getting pleasantly surprised by everything I ate in the dinner hall and that night was not an exception.


As we were eating though, I noticed that there was a storm coming in.  It had rained a tiny bit on our tour and you could certainly tell that we might be in for a rough night.  All throughout the dinner we were rocking and a rollin' from the waves.  I thought I might be seasick from it, but I was very surprised with myself and my appetite didn't suffer at all.  As we made our way to Dublin, the water got rougher, but never to the point where I thought I was in danger.  No one could walk in a straight line and it was like everyone on the cruise was drunk.

After dinner we saw "Dancing with the Movies" where a group of the ship's dancers, danced to major theme songs of movies.  It was very entertaining and a great deal of the songs I knew.  I have no idea how the dancers managed to look so good despite the ship's deck bouncing around. 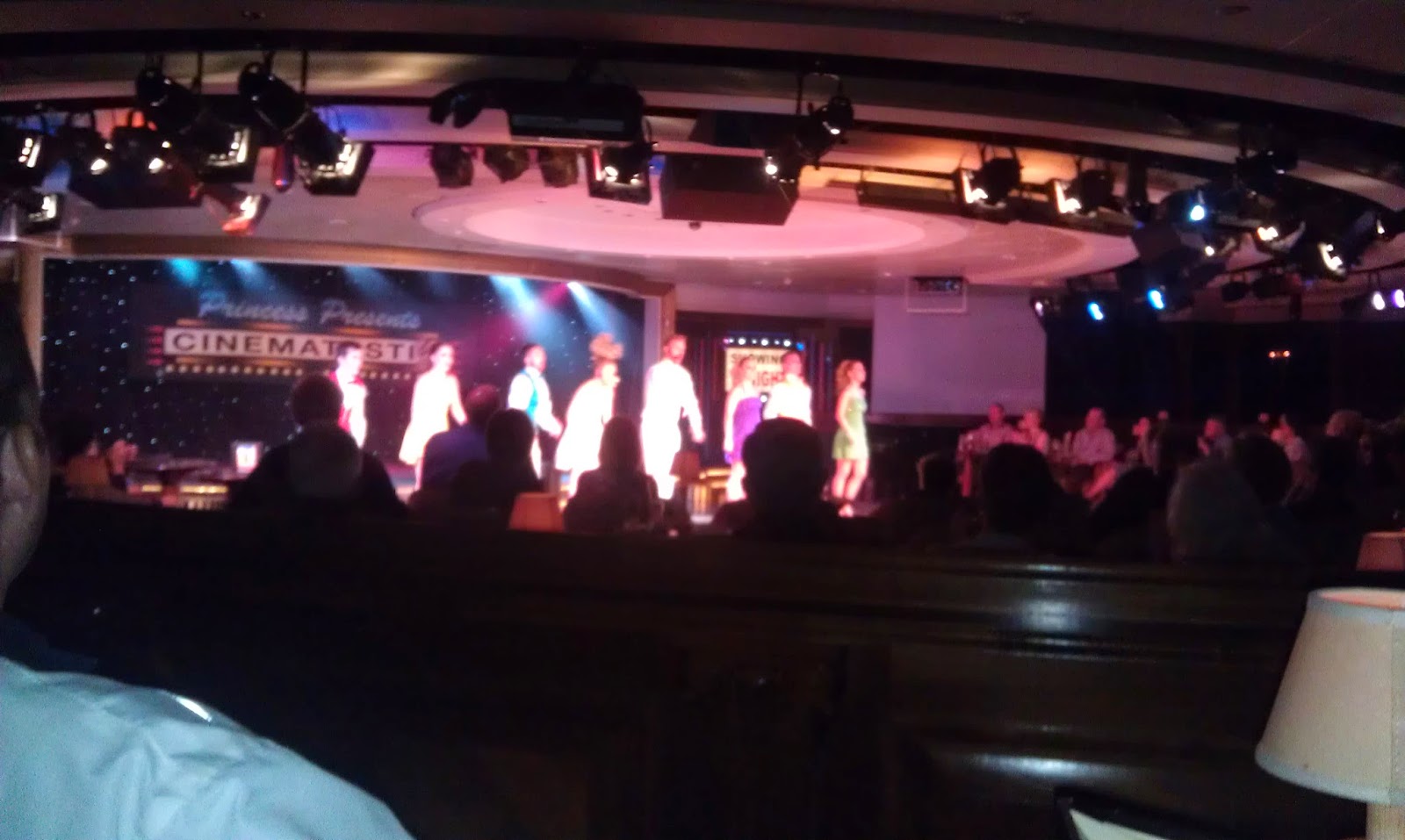 My streak of good sleeping was ruined though.  I wasn't as tired (probably from my afternoon siesta) and the fact that we could hear music coming from somewhere.  I managed to fall asleep but Shari was tossing and turning.  It finally woke me up at 1 AM.  So Shari wound up calling the front desk and complaining.

There is one thing I really have to praise Princess about is there diligence to customer service.  They were all over it, quieted down the noise (apparently it was a group of performers below deck practicing a bit too exuberantly) and even called back to make sure we were satisfied.  In fact, all throughout the cruise the crew was just incredible about making sure you were completely happy.  The following morning when we got back to our room we found a bottle of expensive wine and a note from management apologizing for the disturbance.  Neither of us drink wine, and we wound up giving it away, but it was nice to see their attention.  Many other companies could do due diligence in following a similar standard.

In the morning we arrived in Dublin and the start of another adventure.