Today was our last day in Edinburgh and our tour didn't start until 1PM.  This was the first afternoon tour we had it enabled us to sleep in late and leisurely enjoy a breakfast buffet without having to deal with throngs of people trying to eat at the same time we were.

The trip to St Andrews was actually very interesting.  When I first heard it was an hour to get there, I was like, good grief, this is going to be boring.  But our tour guide was absolutely fantastic (and I loved her Scottish accent) and she kept it very interesting.

Once again, we didn't stop but I did manage to get in a few pictures of the rolling countryside from my bus window: 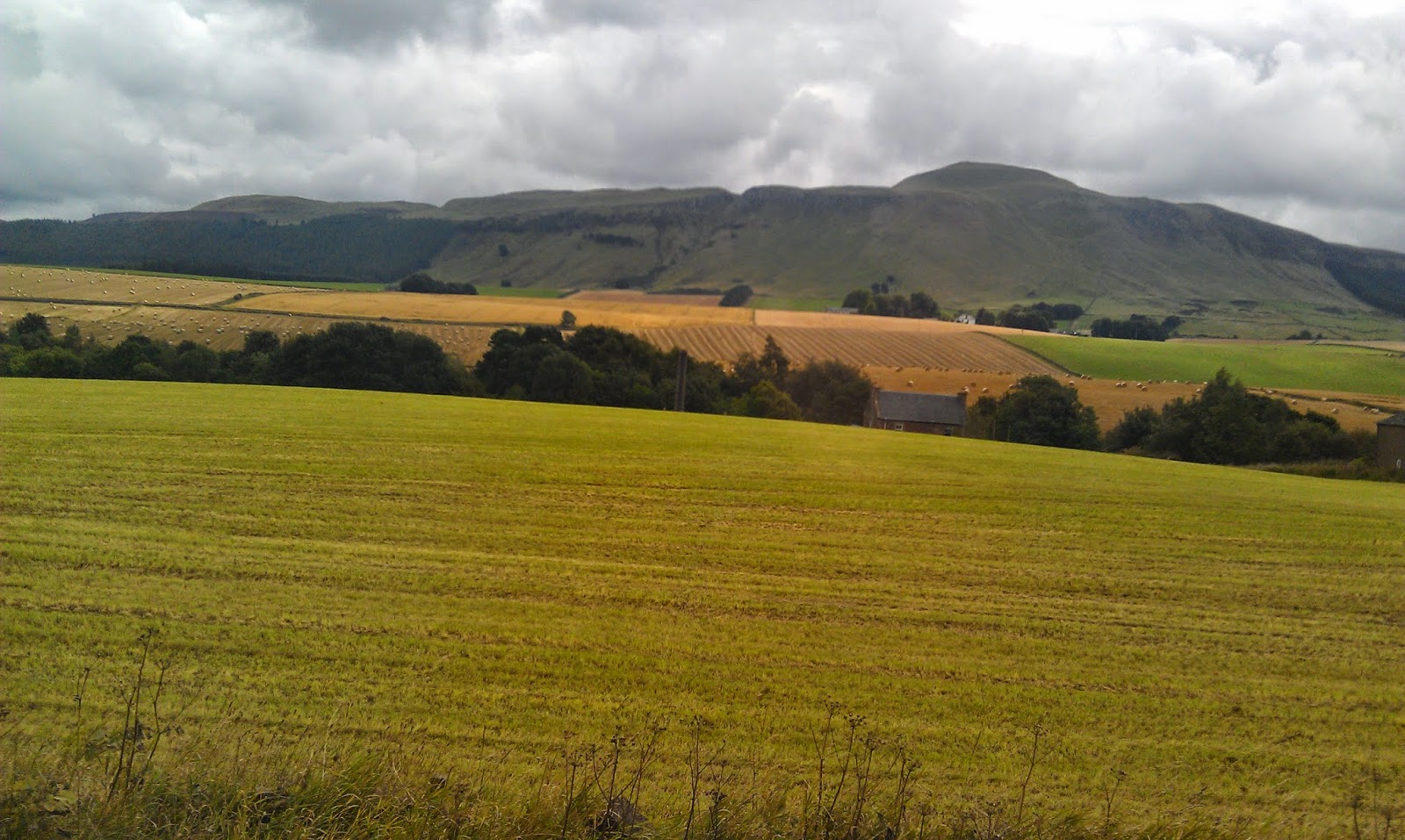 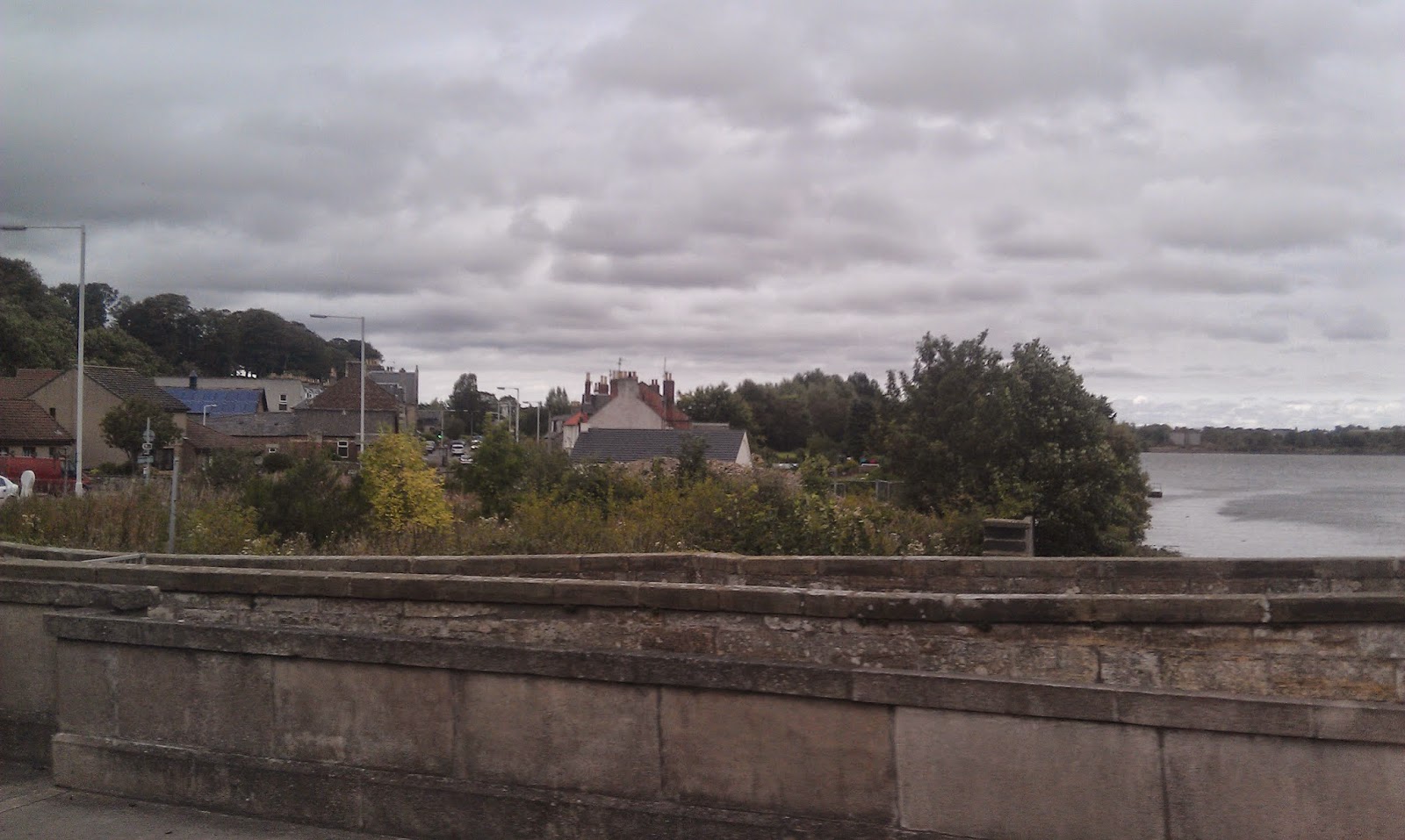 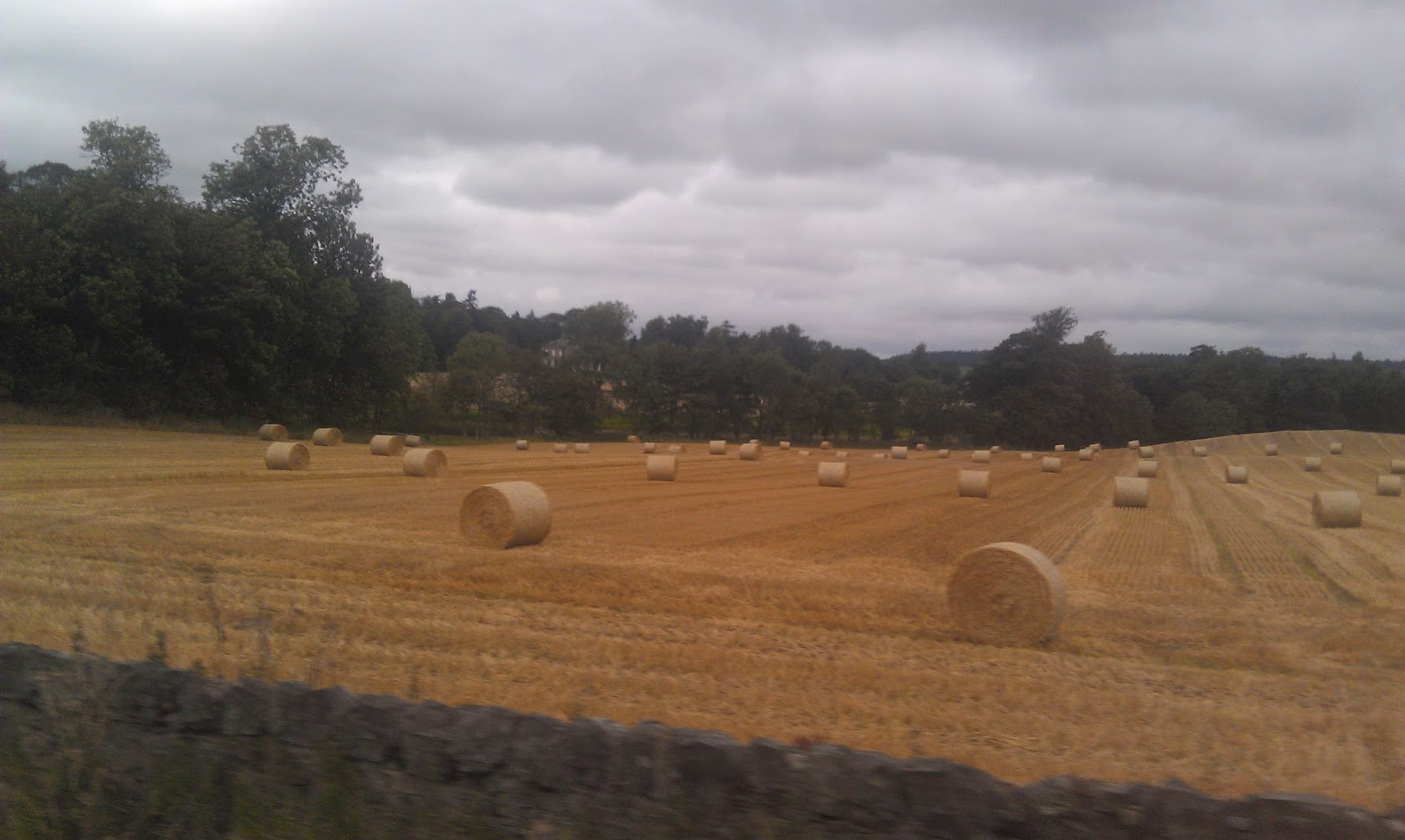 Back at the Boat

I have written about St Andrews in a previous post and we were the last tour to get back to the boat.  In fact, the captain was calling our bus driver as I think he was eager to leave port and it wasn't soon after that we were back on board that the captain took off.

I was hungry and while I didn't want to spoil my dinner I did waddle up to the buffet (where I was a frequent denizen) and loaded a small plate up.

Once the boat started moving, I headed on top of the ship and took some pictures of the Forth Bridge as we passed underneath it.  I also took pictures of the previous Forth Bridge which now serves train traffic. It was extremely windy up there and it was tough to get good shots without feeling like you were going to be blown overboard.


We also passed by a cool lighthouse on an island. 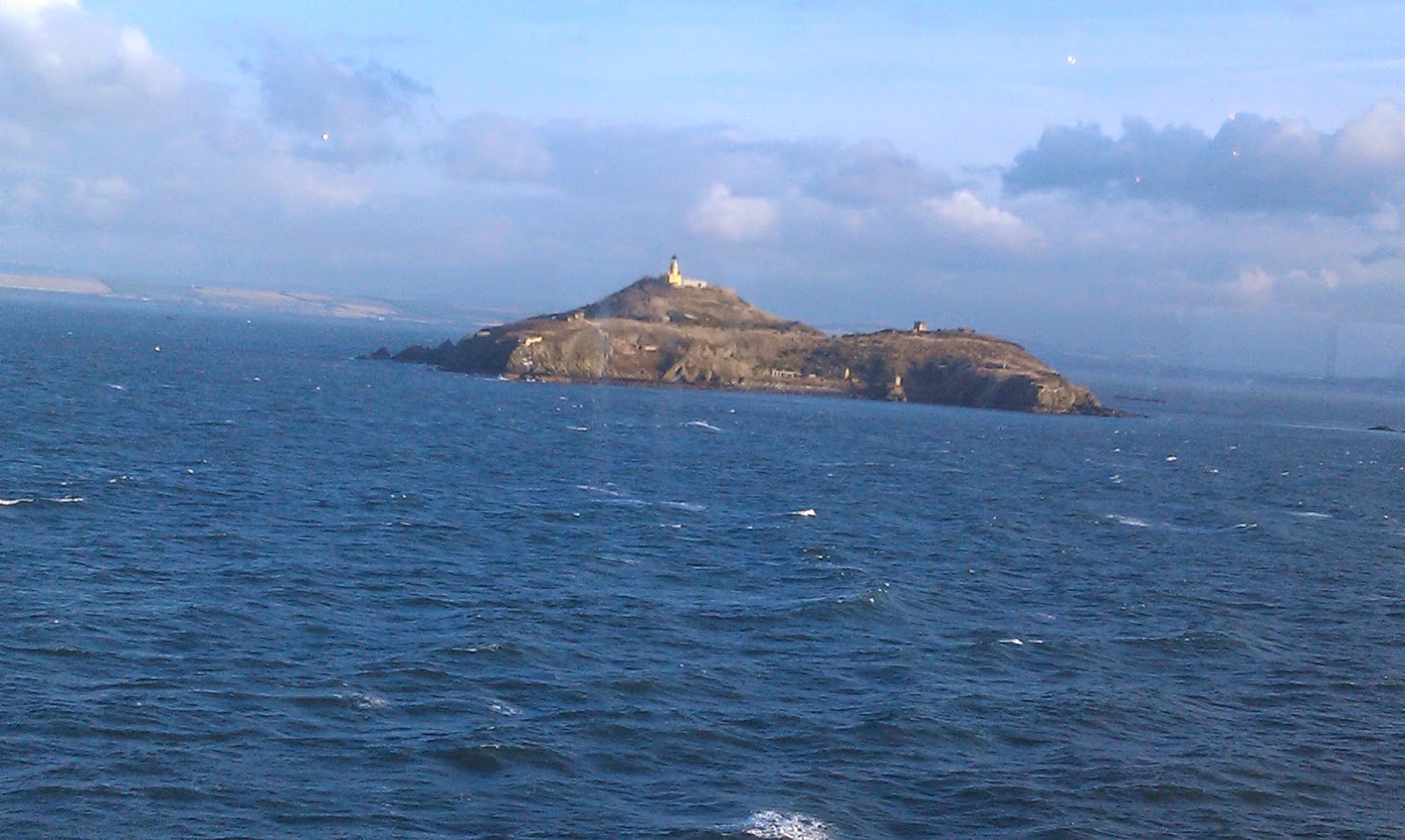 Soon it was dinner and my appetite had returned so I went up for the sit down dinner.  They had a wonderful Indian flavored shrimp dish that was very appetizing.

After dinner we saw another dance show: a dedication to the hits of Motown.  This was another wonderful show where they had a live band playing hits of the bygone era.  They also had singing and more dancing by the members of the cruise: 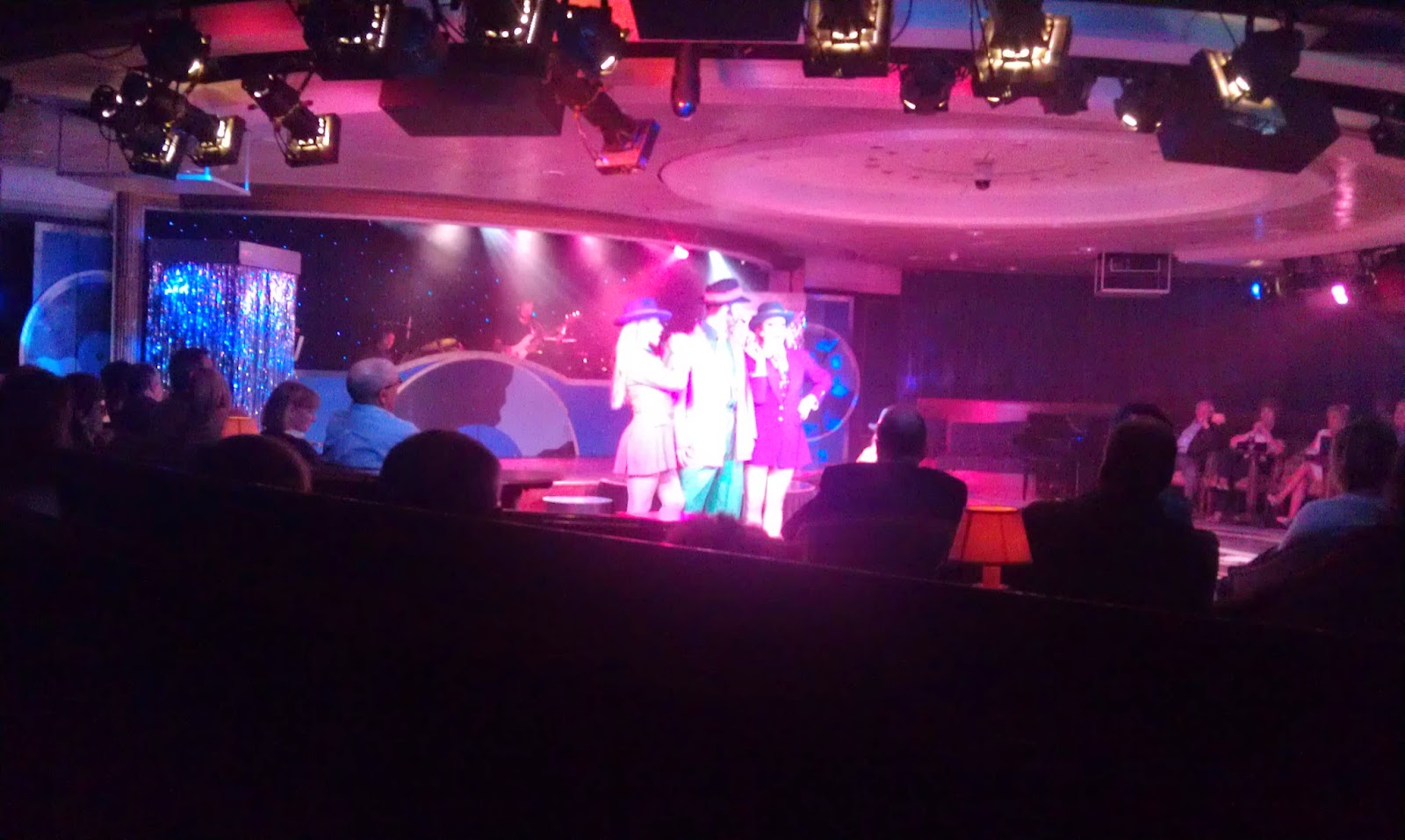 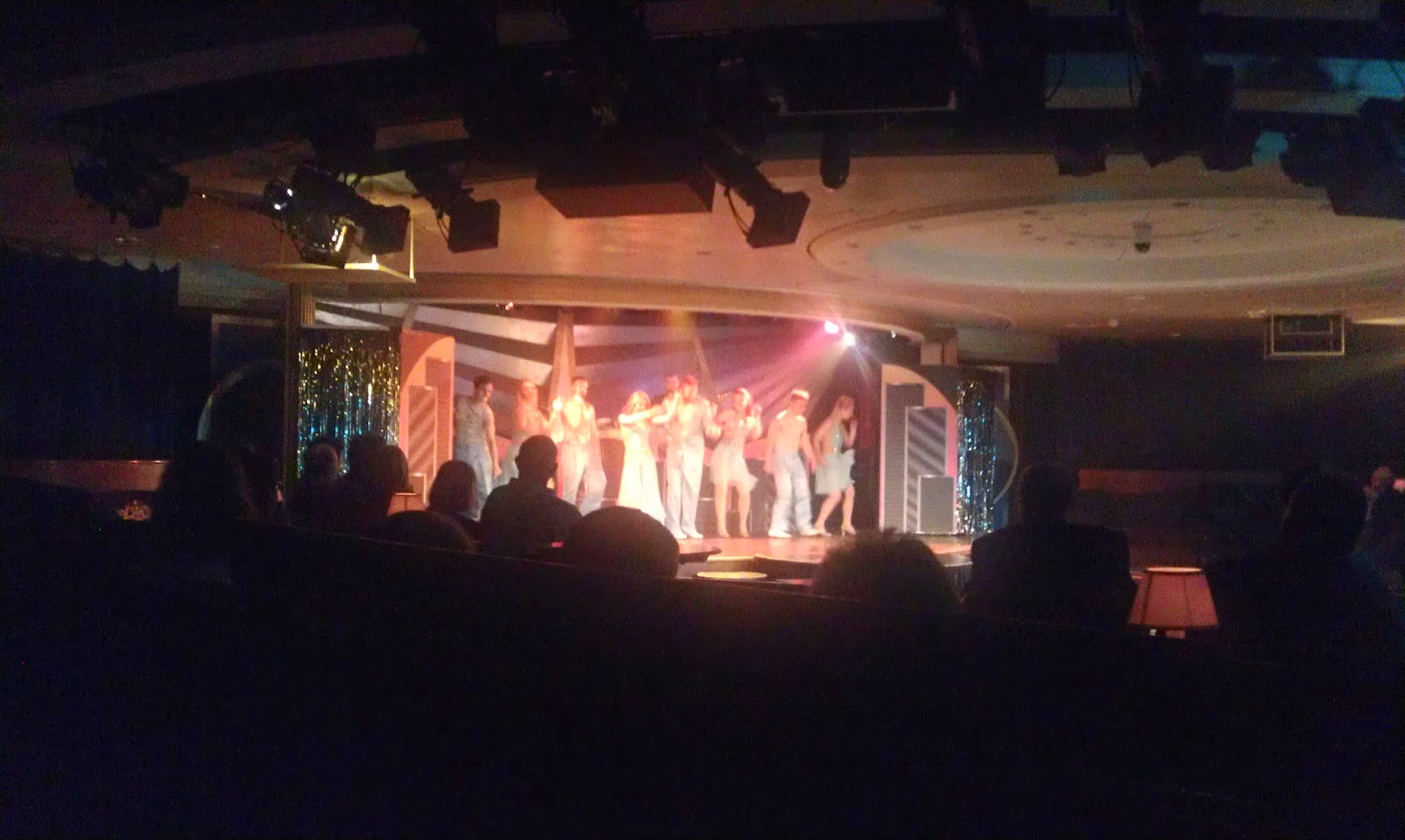 Finally, to celebrate nearly the last day of the cruise there was a late party in the Tahitian lounge where they had a large champagne pour.  Normally the lounge was a ghost town in the evening, but tonight there were a ton of people up there and actually people on the dance floor. 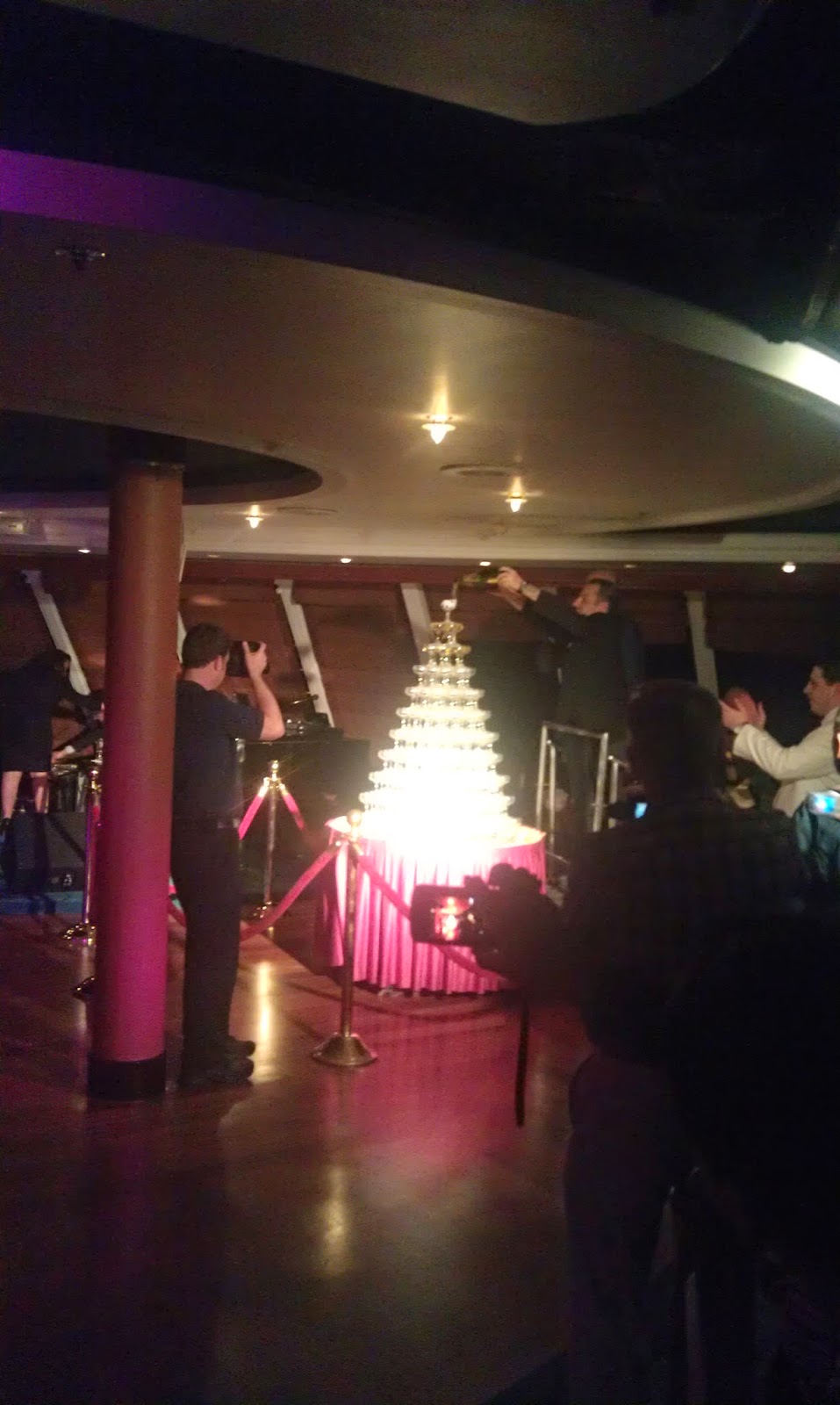 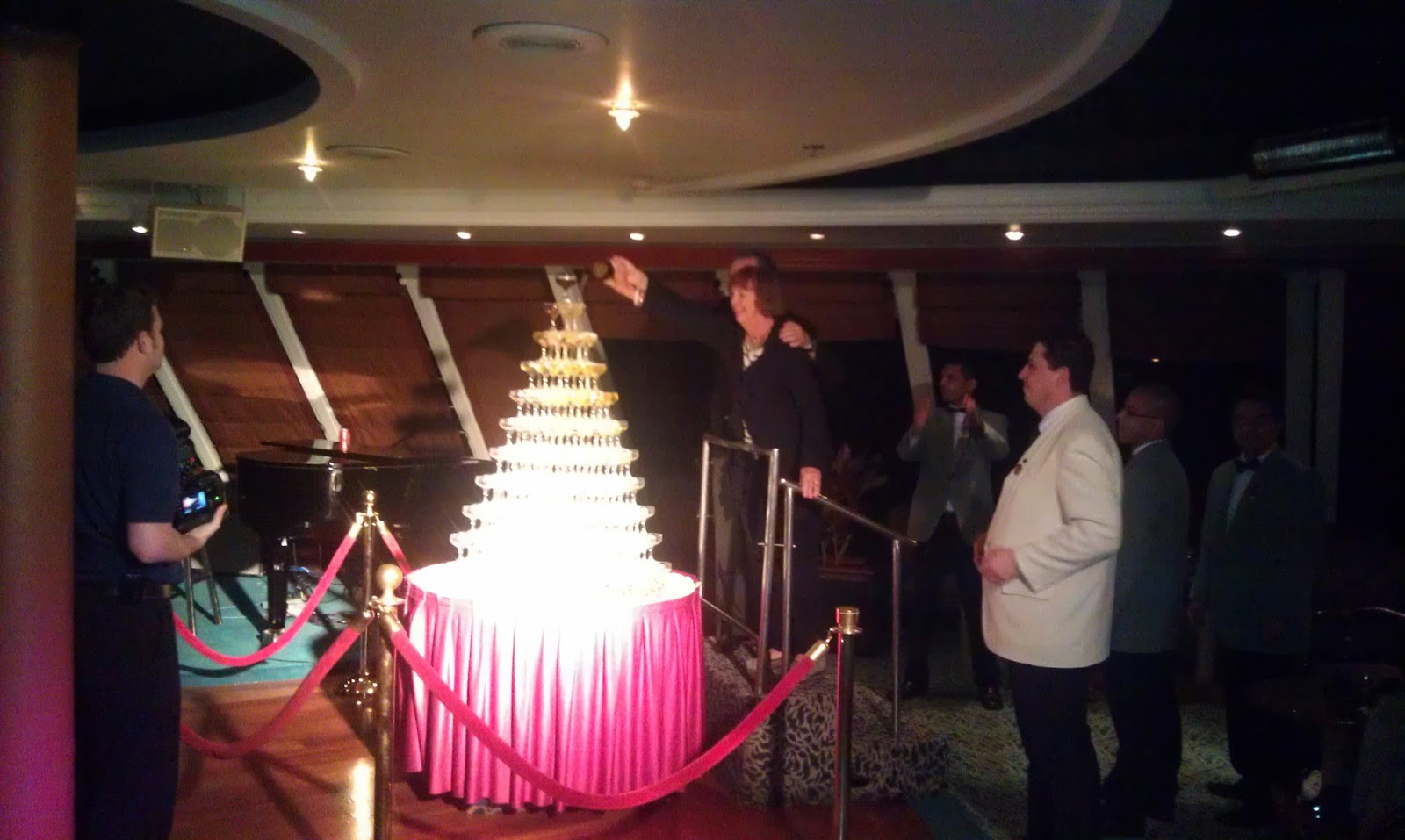 The cruise was primarily filled with older folks though but some of the younger folks came out of the woodwork.  I wound up hanging around for an hour before hitting the hay well after midnight.
Posted by Eddie Gaul at 4:31 PM