In the morning we arrived in Dover and it was an absolutely beautiful day.  I had set my alarm for 5:45 and I quickly showered and hit up the buffet.  I was surprised to see that on the last day of the cruise they didn't skimp out on the buffet.  It was the standard fare and I loaded up on the goodies that I normally eat. After eating I quickly got some pictures of the Dover coast:


I did hear from some of the cruise members that once we disembarked another group would embark and that the ship would be heading to the Mediterranean.  So it was no surprise to see them in full swing.

By 8AM we were aboard a bus to London, Heathrow airport.  Unfortunately the bus's air conditioning wasn't working well and it was super stuffy and sweltering for most of the way there.  Somehow the driver figured out what was wrong, but for the first hour people were complaining and fiddling with their fans.

The driver figured traffic would crush us and was anticipating a 3 hour drive.  We wound up arriving in 2 hours and I actually found the trip quite enjoyable.  The scenery on the way there was pretty and the time went by very quickly.

We arrived just after 10:30 AM and our flight didn't leave until 3PM.  Ouch. That meant killing a lot of time. We wound up sitting outside for a while breathing in second hand smoke (after checking in) before realizing we were hungry.  We went through security and quickly found an Italian restaurant inside the airport.  I had a seafood linguine and it turned out to be pretty good (as well as pretty expensive).  This was only the second meal I paid out of pocket for the entire trip.

We then browsed the shops and duty free sections.  Amazing the amount of alcohol that was on sale (and they were even giving away free shots). 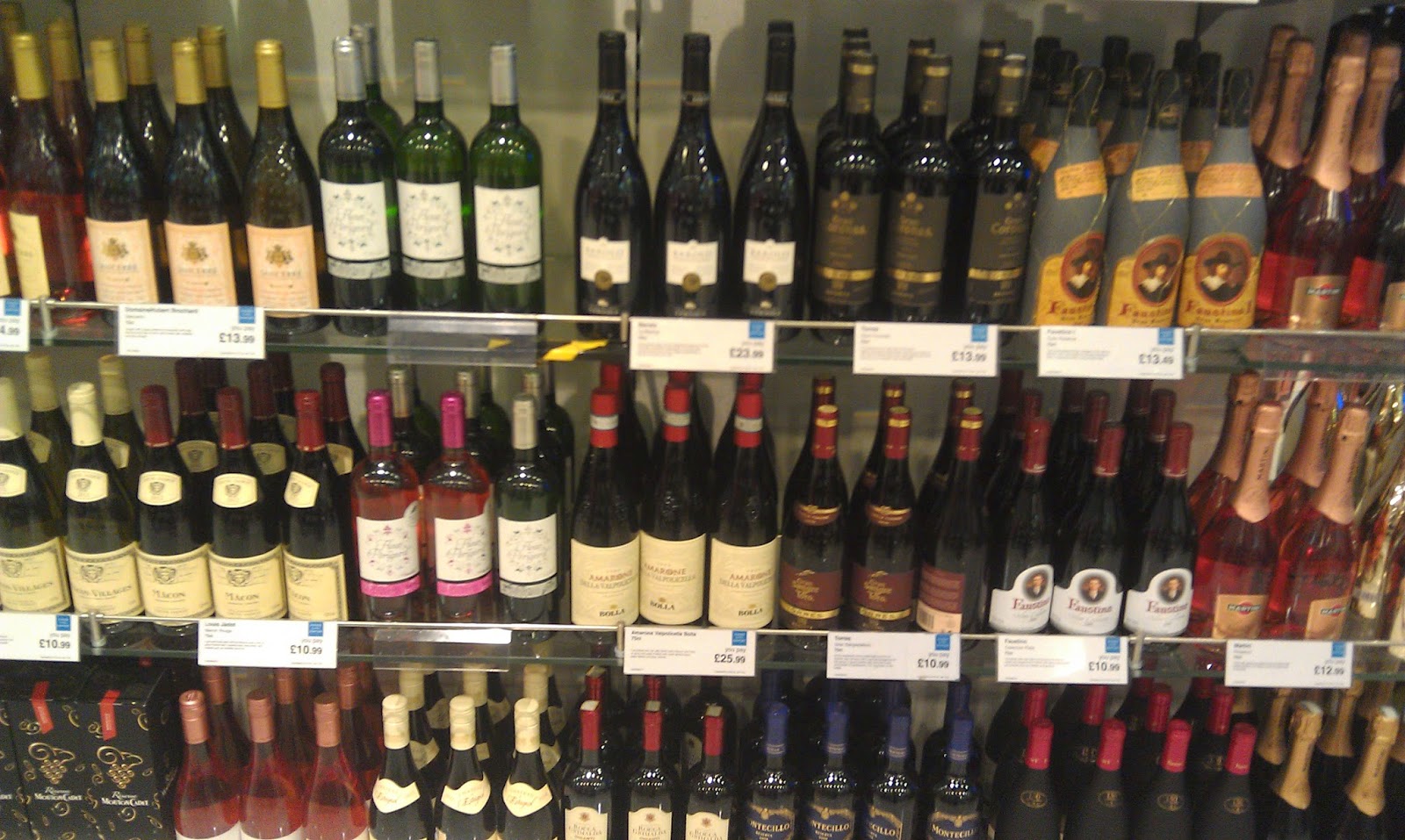 The airport is really quite stunning and somehow the time seemed to fly by.  I also managed to snag a British newspaper.  Definitely a different writing style in terms of slant and voice.

The flight back to Dallas was actually pretty uneventful.  Since it was mid afternoon I didn't sleep much at all on the plane and managed to rip through a ton of movies: Godzilla 2014 (awful), Days of Wines and Roses (good), Ace in the Hole (fantastic), and The Players (French with subtitles -- goofy but mildly entertaining).  I am still shocked that they show unedited versions of films on those screens.  The Players movie was pretty graphic in spots and people a few rows behind me could clearly see the adult themes.  Luckily the flight was sparsely populated.

I also had my legs in the aisle at times and I got smacked with a beverage cart right in the knee.  Good grief I thought I had re-injured it.  It felt bruised but luckily by the next day I was 100% fine.

I also wound up getting a massive case of heart burn on the plane.  I am so glad I had anti-acids with me, but it felt like a vice gripping my chest.  I think it was a combination of stress of the trip, eating WAY too much, and not eating my normal food.  Either way a strong anti-acid pill stopped the pain.

We arrived in Dallas on time and did the customs / immigration jump with little hassle.  Good old American know-how got us through the checkin process a LOT faster than what we experienced in the UK.  We had about 2 hours between flights, which was just enough time to get to the new terminal, grab a bite to eat and take care of bathroom stuff.  I broke down and ate at McDonalds.  I eat there once in a blue moon and it always seems to be at airports.  I will say this: the Dallas McDonalds actually had well made food and cheap, only $7 for a combo sandwich.

Afterwards, we boarded our flight to SLC.  I was exhausted at this point and somehow managed a fitful 2 hours of sleep before arriving home once again on time.

I was so glad to crash in my own bed that night, but I had a super fitful sleep and I woke up with a massive charlie horse. I don't do well in planes and I had had my share of them.  Also for the next 24 hours I felt like I was on a ship.  I think the constant bobbing had affected my equilibrium.