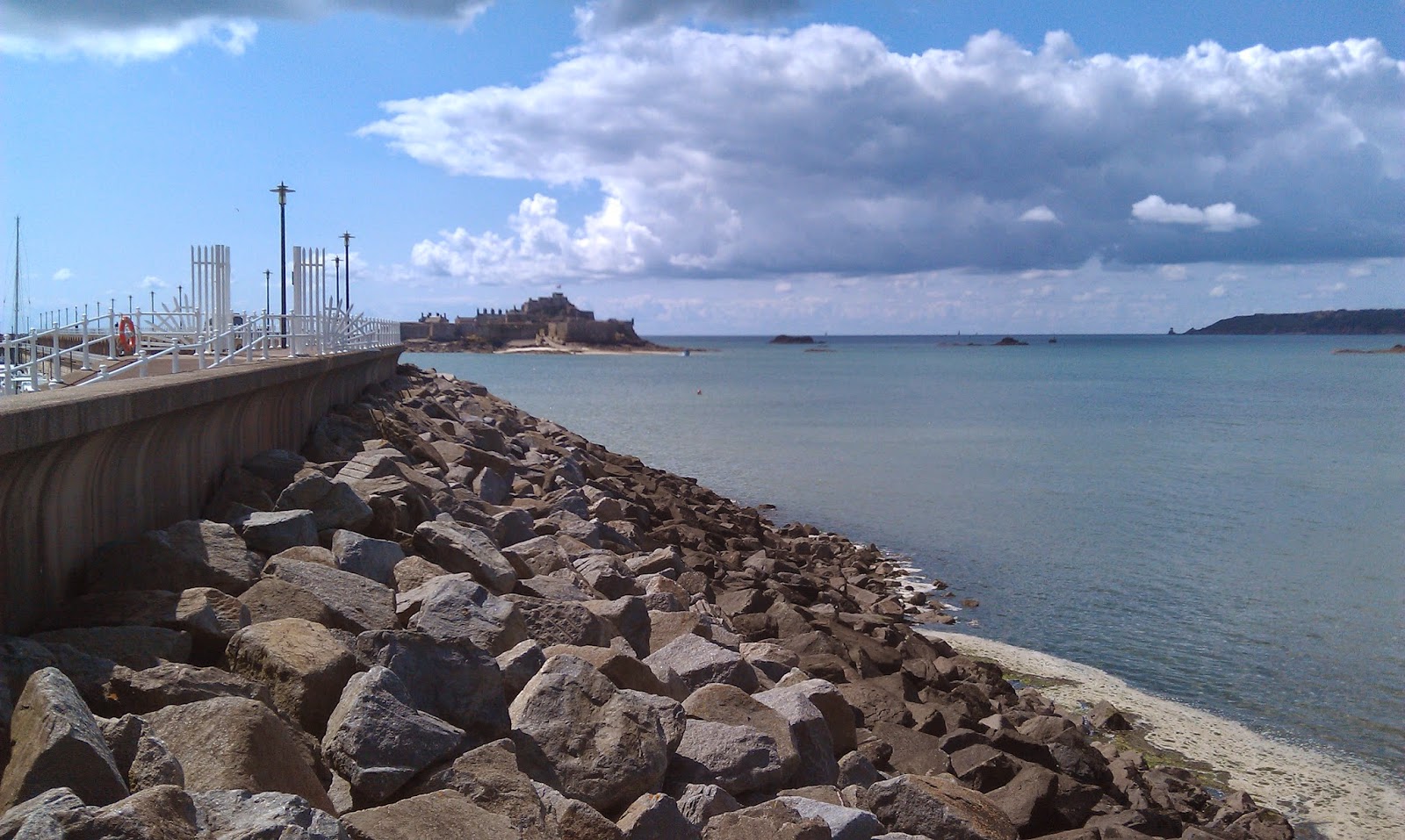 The overnight trip to St Helier was fairly easy and uneventful.  I actually slept wonderfully and would've liked to have slept in more, but like most of the cruise tours, they start early.

I quickly ate a breakfast buffet before heading down to a tender ship, which takes people to the city of Jersey.  After about a 15 minute boat ride, you are dropped off at the port.

I had opted for a World War 2 tour, which took to the War Tunnels and some cliffs that overlook the channel where the German Army had installed bunkers and cannons.  I'll post pictures and a write-up in the subsequent post.

My first impression of the island was how "French" it looked.  While still in the United Kingdom, you are actually fairly close to France and the island certainly had a French Riviera feel to it.  It also looked like it took some money to live there as the houses tended to be charming beach front bungaloes that overlooked the English Channel.  They also had plenty of beaches for swimming and boating.

This was one of the few tours that technically you probably could've gotten away with not doing a Princess sponsored tour.  If you knew what you were doing, you could probably do most of the city on your own (except getting to the World War 2 stuff would've been a challenge).

If I had been adventurous, I would've loved to have taken a camelbak and a good pair of running shoes and just explored.  There were plenty of scenic places to run and I could've easily visited a lot of the colorful parts of the island on foot.  Granted it was more useful though to have a bus cart you around with a helpful guide to give you a history of the island.

After the World War 2 tour, I had an opportunity to explore a bit of the downtown area.  I was really enjoying the warmish weather and then I spotted a group of runners with bibs forming.  Turns out I was about ready to catch the start of a Corporate 5K.  My inner competitive side definitely wanted to join them but I was on the mend in terms of running. 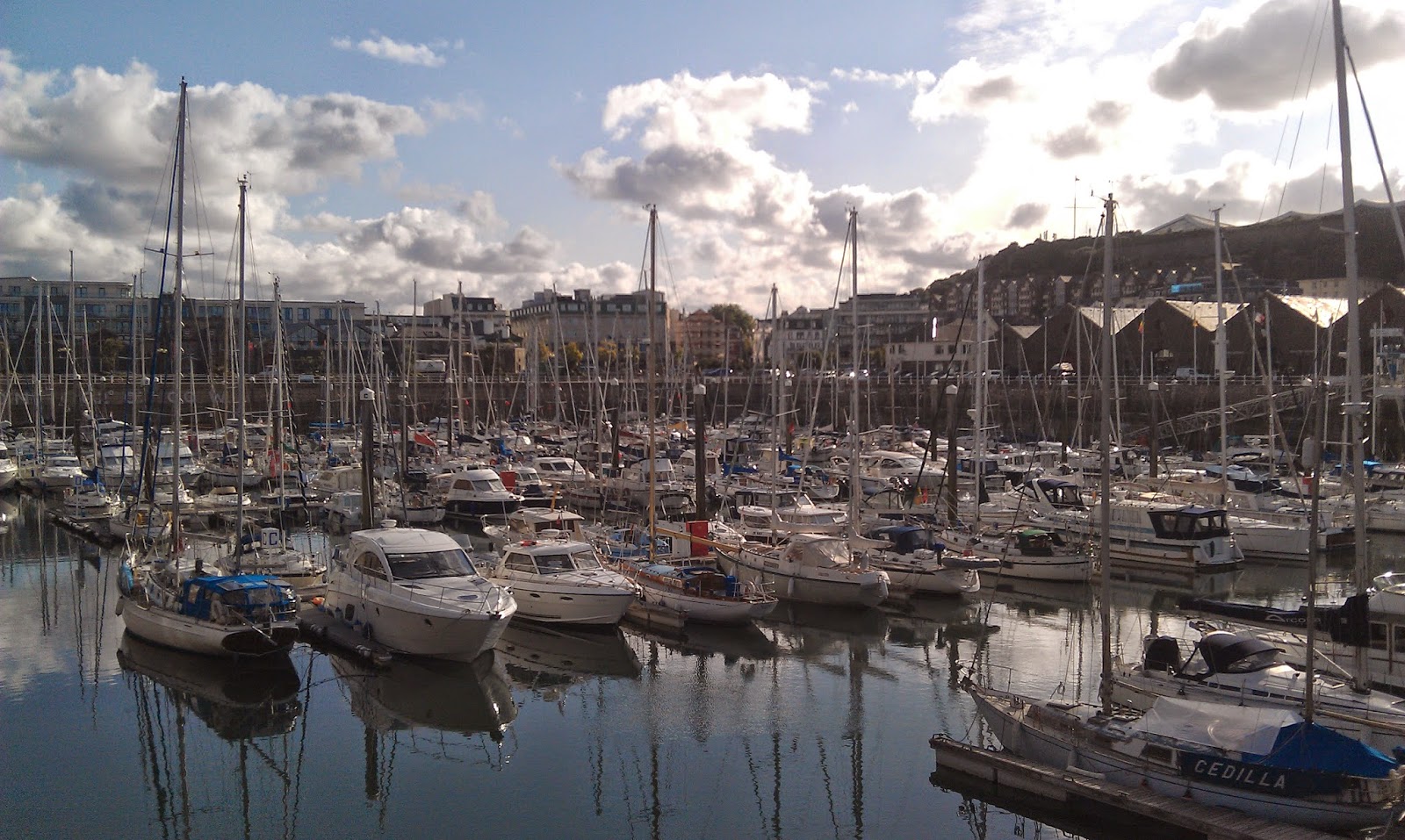 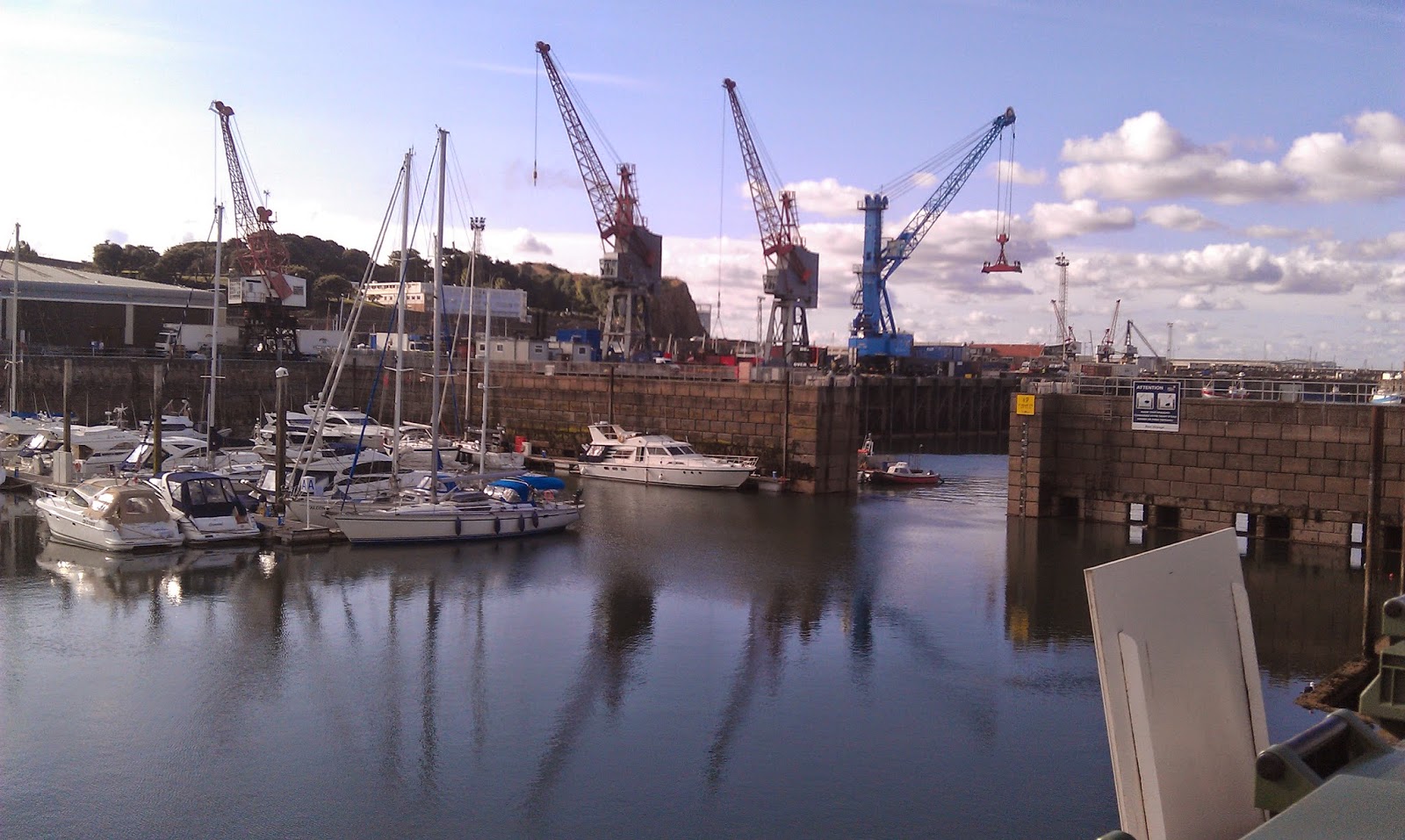 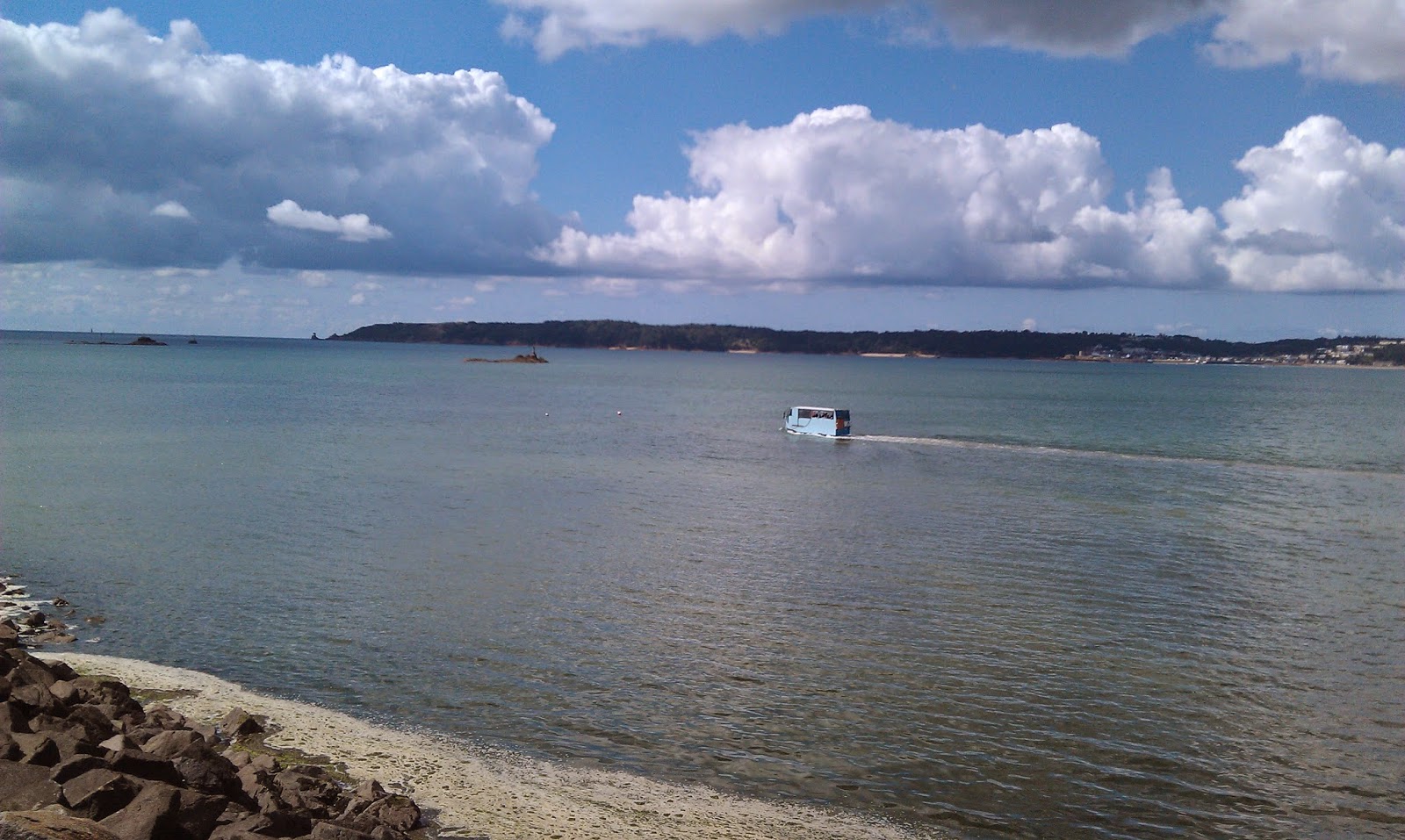 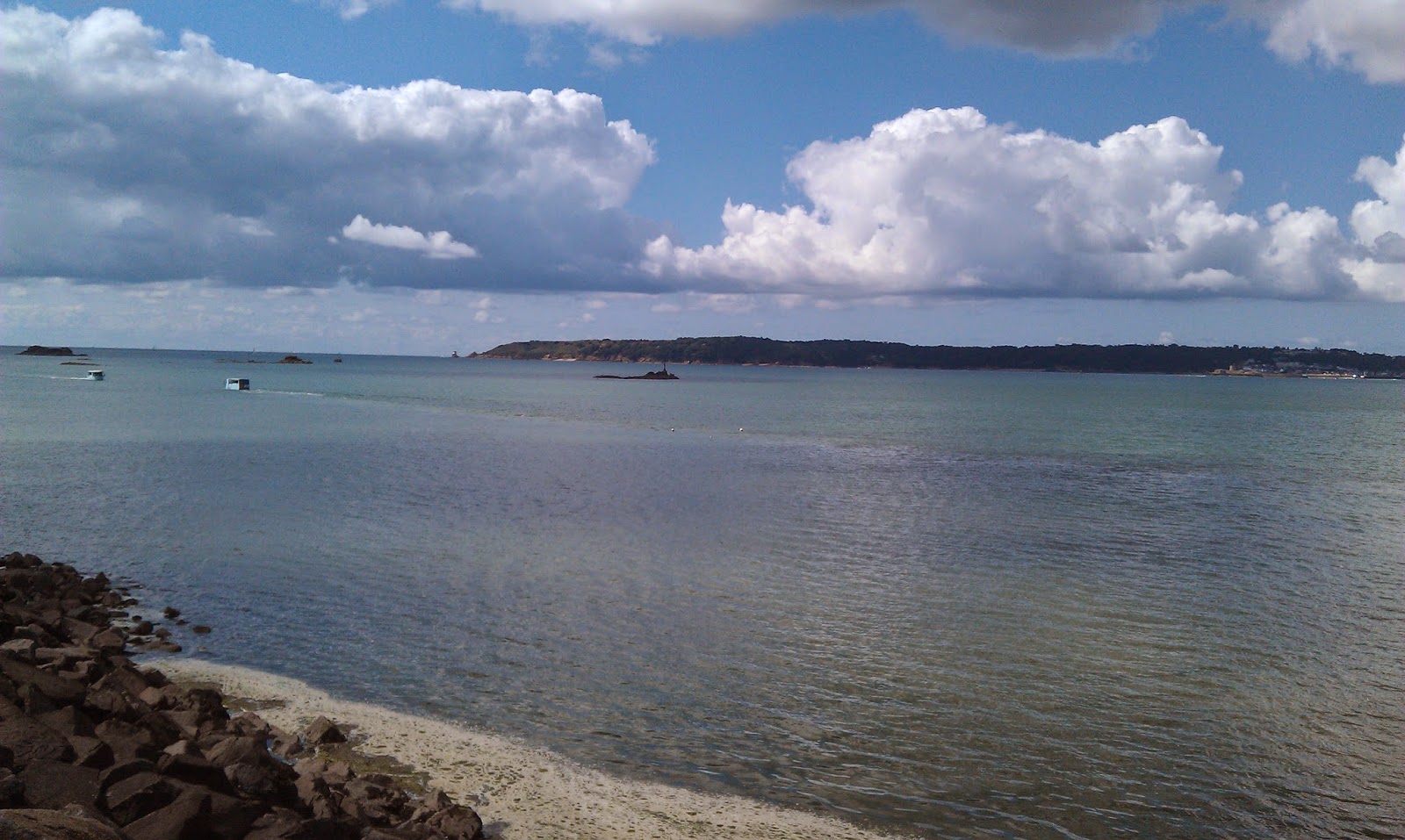 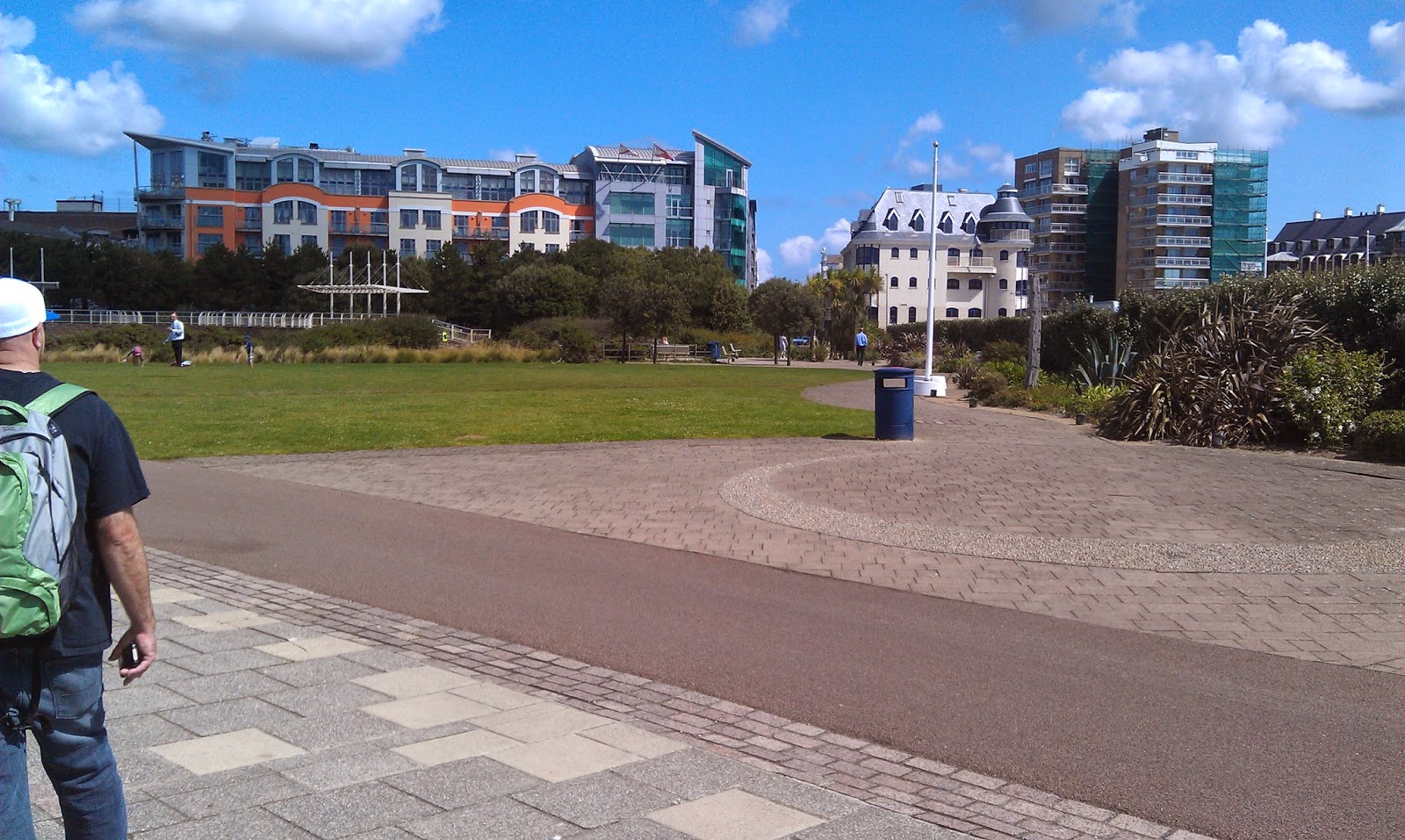 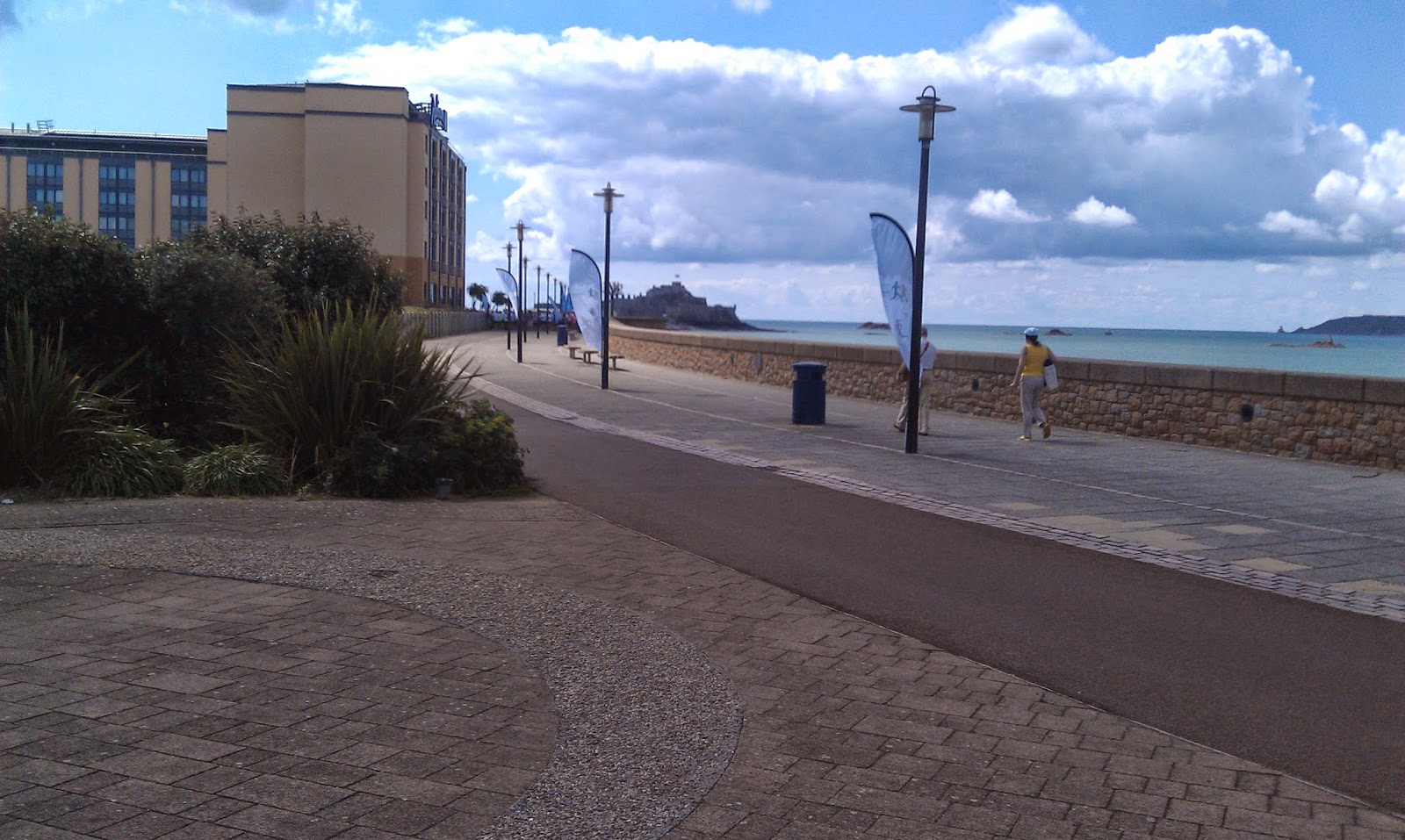 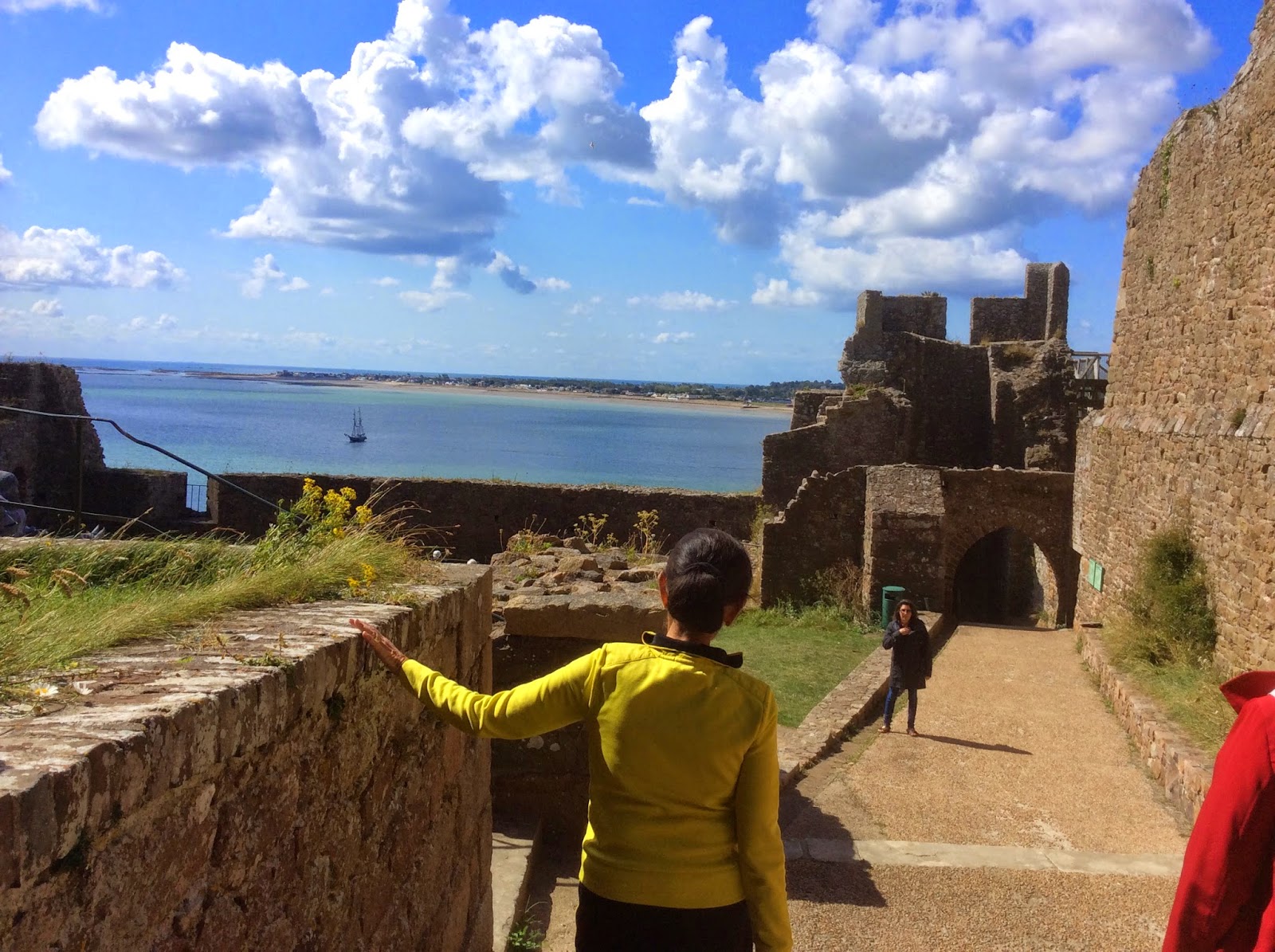 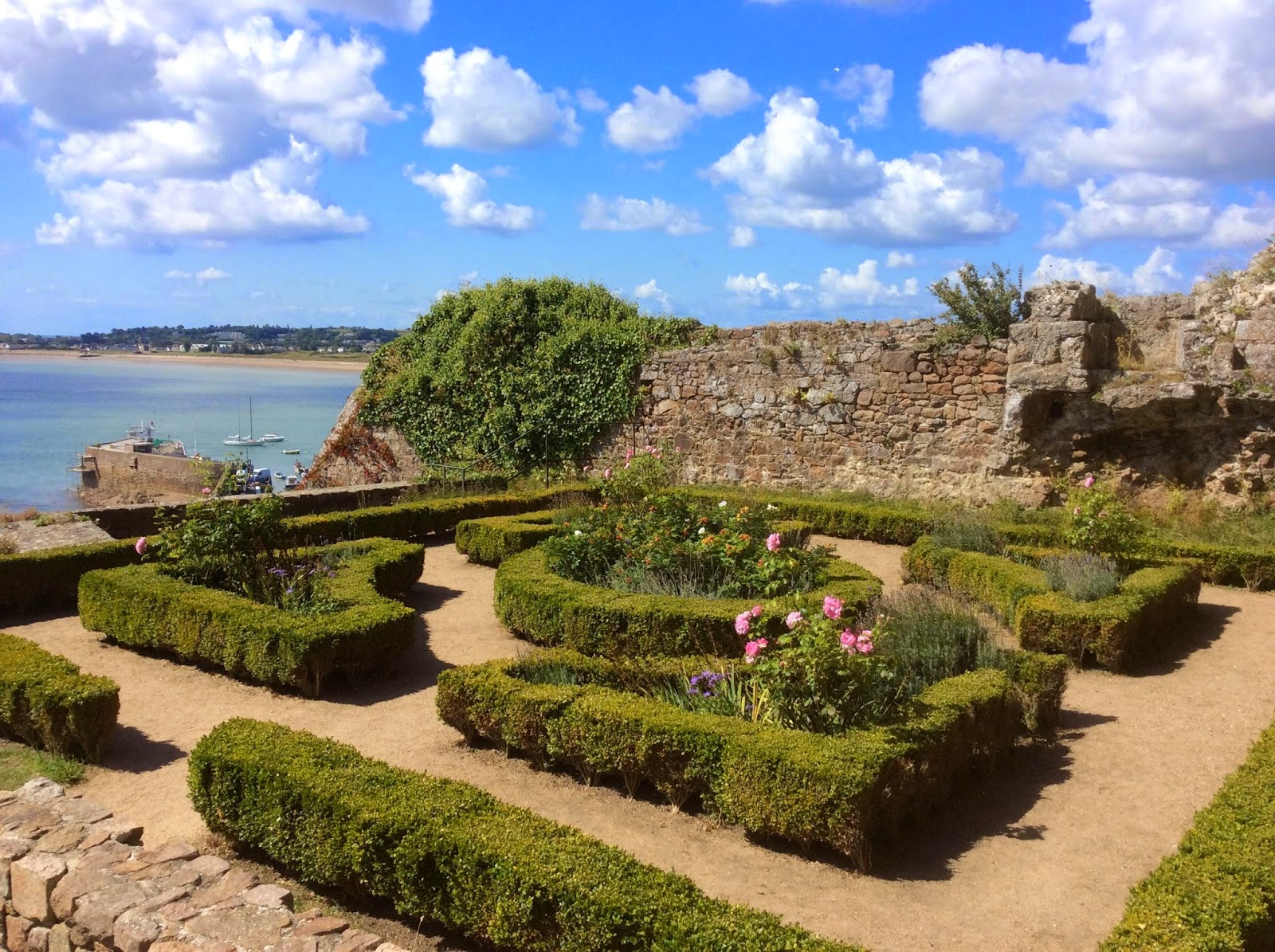 We were in St Helier only for a short while and we toured around the city and beaches for as long as we could and caught one of the last boats back to the ship.  I had a small buffet lunch and even attended the 4:30 tea sitting (quite boring actually).

That night marked the first of the formal nights.  The protocol is that everyone must wear nice clothes to attend the dinner (i.e. no jeans).  I packed light, so I didn't bring a sports jacket but I did pack a nice shirt, slacks, good shoes and of course a tie.  Most people had left their ties at home, but opted for the sports jacket.  I didn't feel too out of place, but it would've been nice to have had a vest or something. 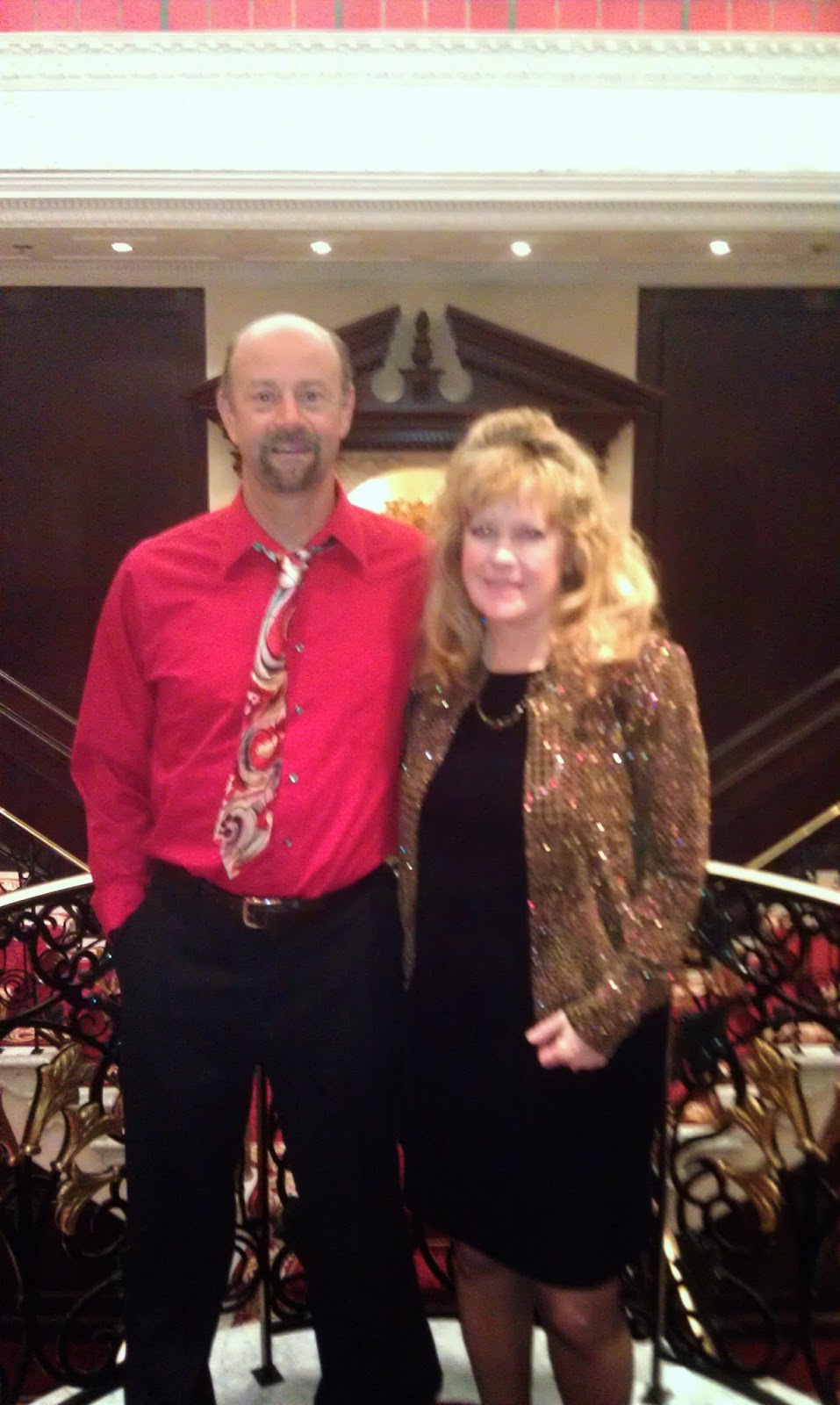 After dinner, I wound up hitting a show.  I figured I wouldn't be too interested in these shows, but I realized they were pretty good overall.  The first night was done by a pianist and while I was hoping he'd play more American Standards and much of his stuff was piano-ified rock songs.  For an hour show though, it was fun. 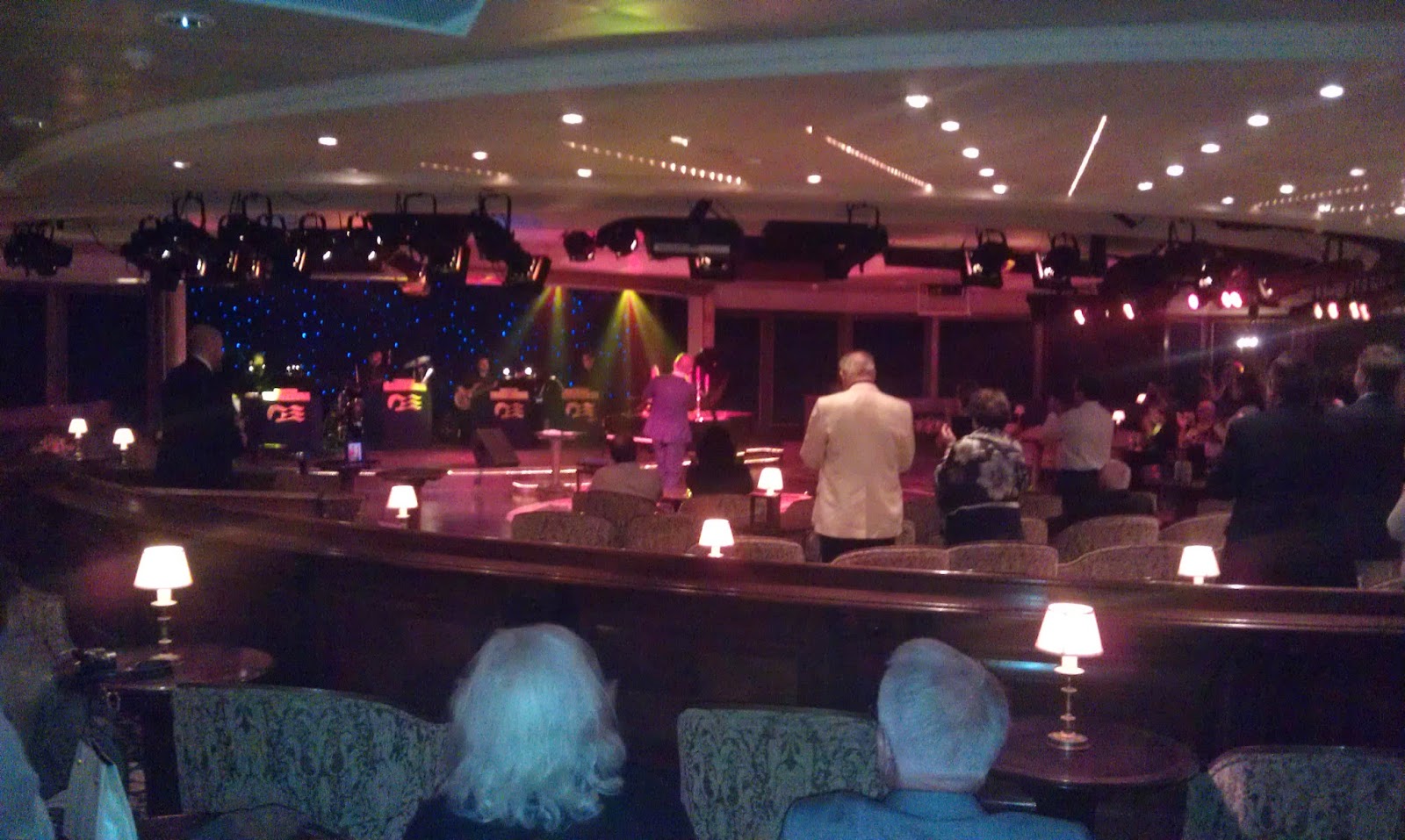 I wound up sleeping pretty well again and around dinner time the boat once again took off to Wales / Milford Haven.
Posted by Eddie Gaul at 11:24 AM