After leaving Wales, we headed across the Irish Sea to Dublin.  I had a lot of excitement for Dublin.  One, I was finally (hopefully) going to meet a long time penpal friend of mine who lives there.  If we were able to meet up, I was hoping to get a local's tour of the city.  Two, this was the first major city to explore and best of all, we were docked portside.  So you could pretty watch walk off the ship and be in the city in a matter of minutes.  No more tendering or transfering to a small boat.  Unfortunately we were here only for 1 day, so I had to make the most of it.

I took the tour of Dublin on a city drive.  Basically we got to drive around the city for a few hours and be told what was what.  About midway through we were let off at a private park (which we couldn't go into) and told to wander around for a whole 10 minutes.  I think it was mostly for the smokers to get out and have a smoke.  Finally, we got a chance to stop by the St Patrick's Cathedral.  I'll do a full write-up for that in a subsequent post.

It was interesting seeing the city and I would've loved to explore Phoenix Park.  It looked like a runner's paradise and it was just beautiful seeing a large amount of land set aside for outdoor pursuits just on the outskirts of downtown.  We also drove by Ireland's Presidents House which was located in the park itself.

Overall, the bus ride wasn't well done.  Most of the people on board didn't care for it very much and even I was fairly bored.  Luckily after St Patrick's Cathedral you had the option of either going back to the boat or exploring the city.  The city is fairly easy to navigate and it was only a mile or so walk back so I wound up staying behind. 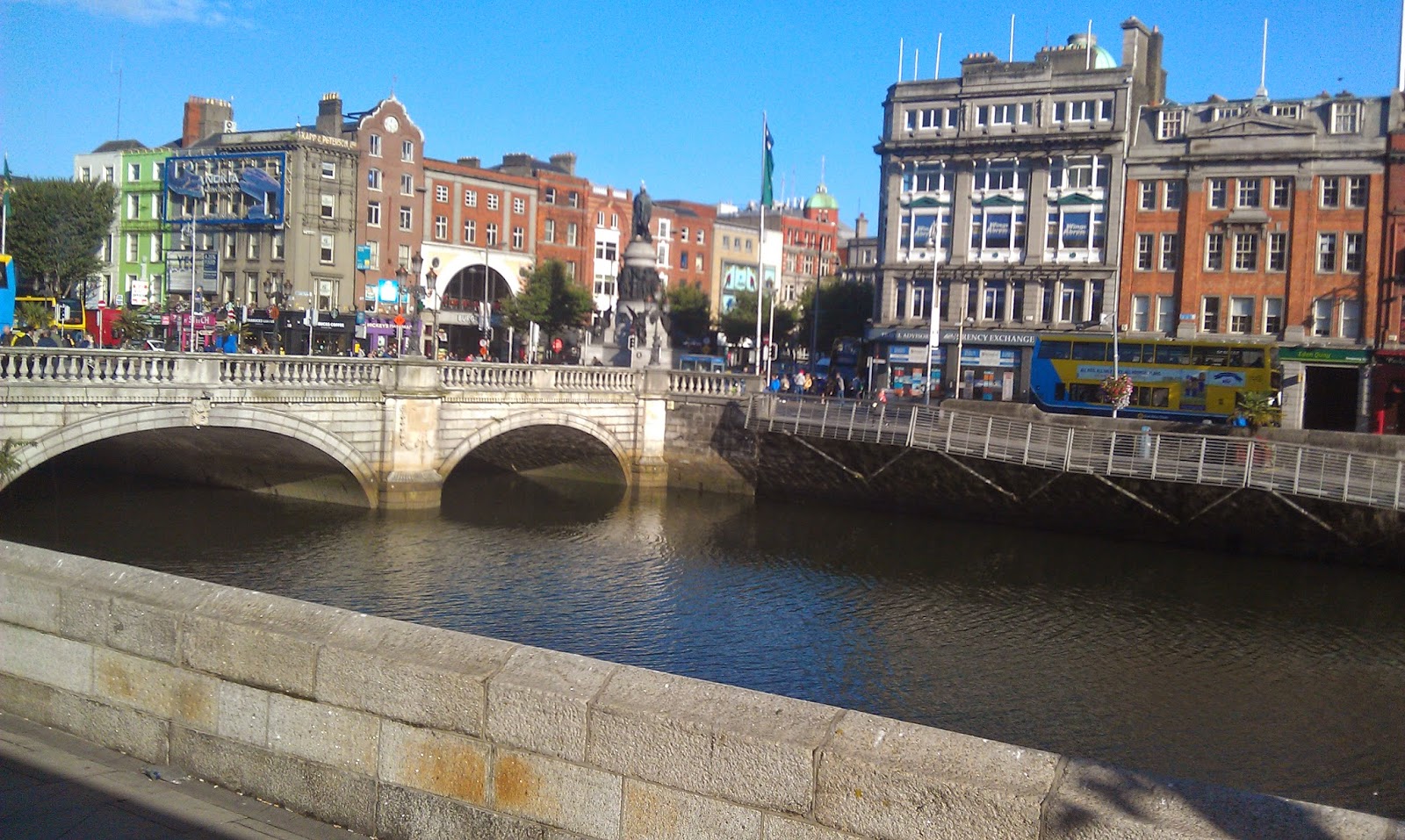 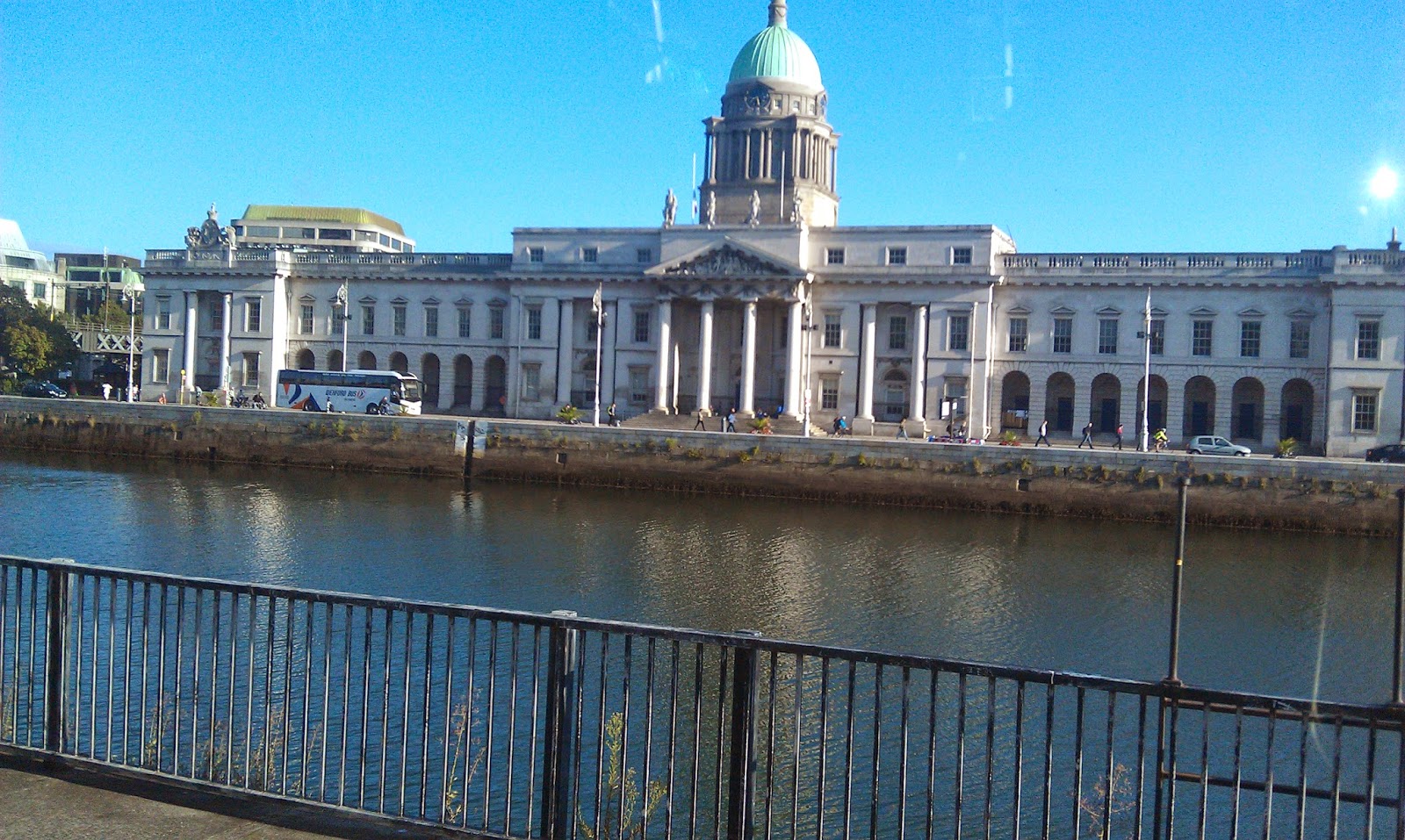 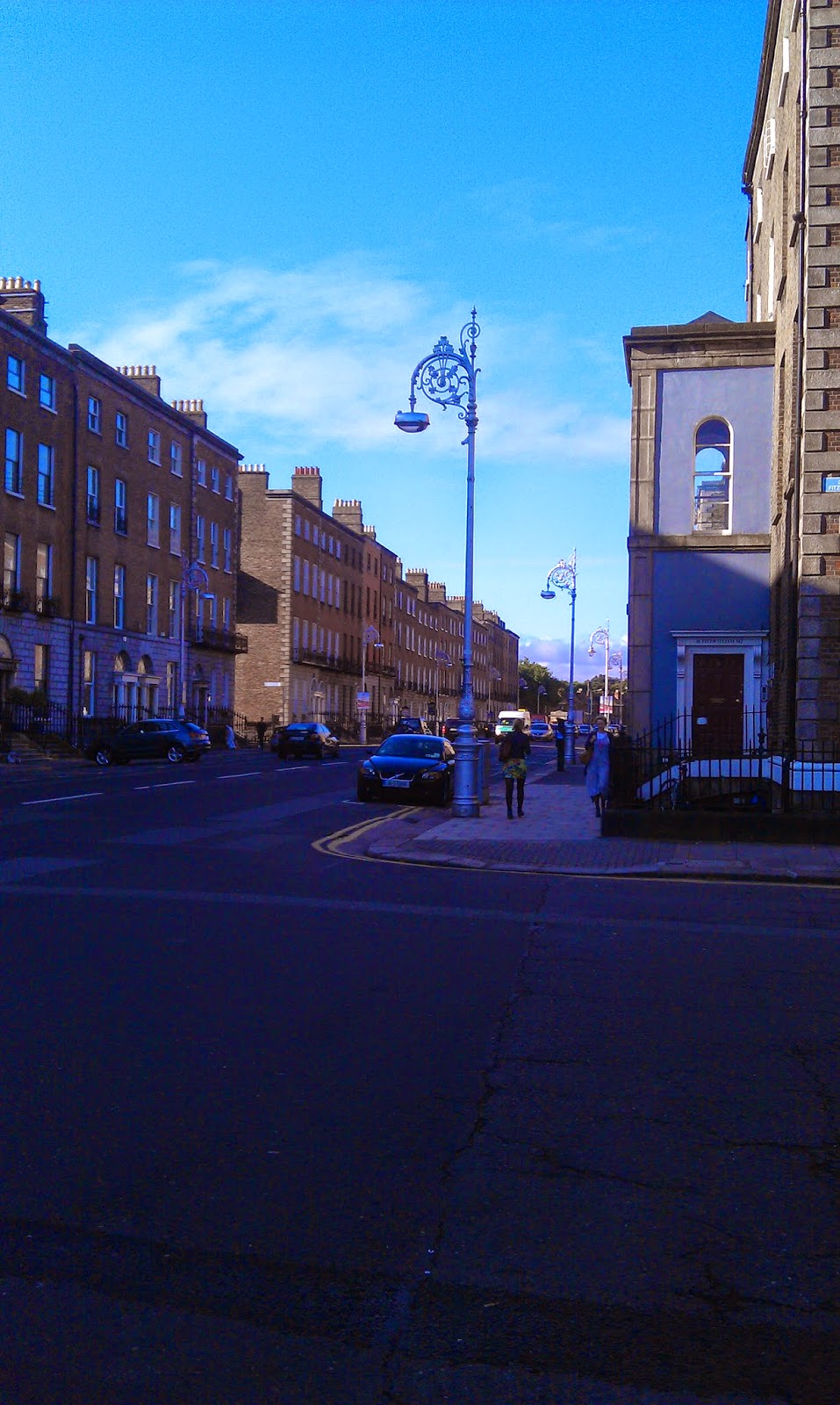 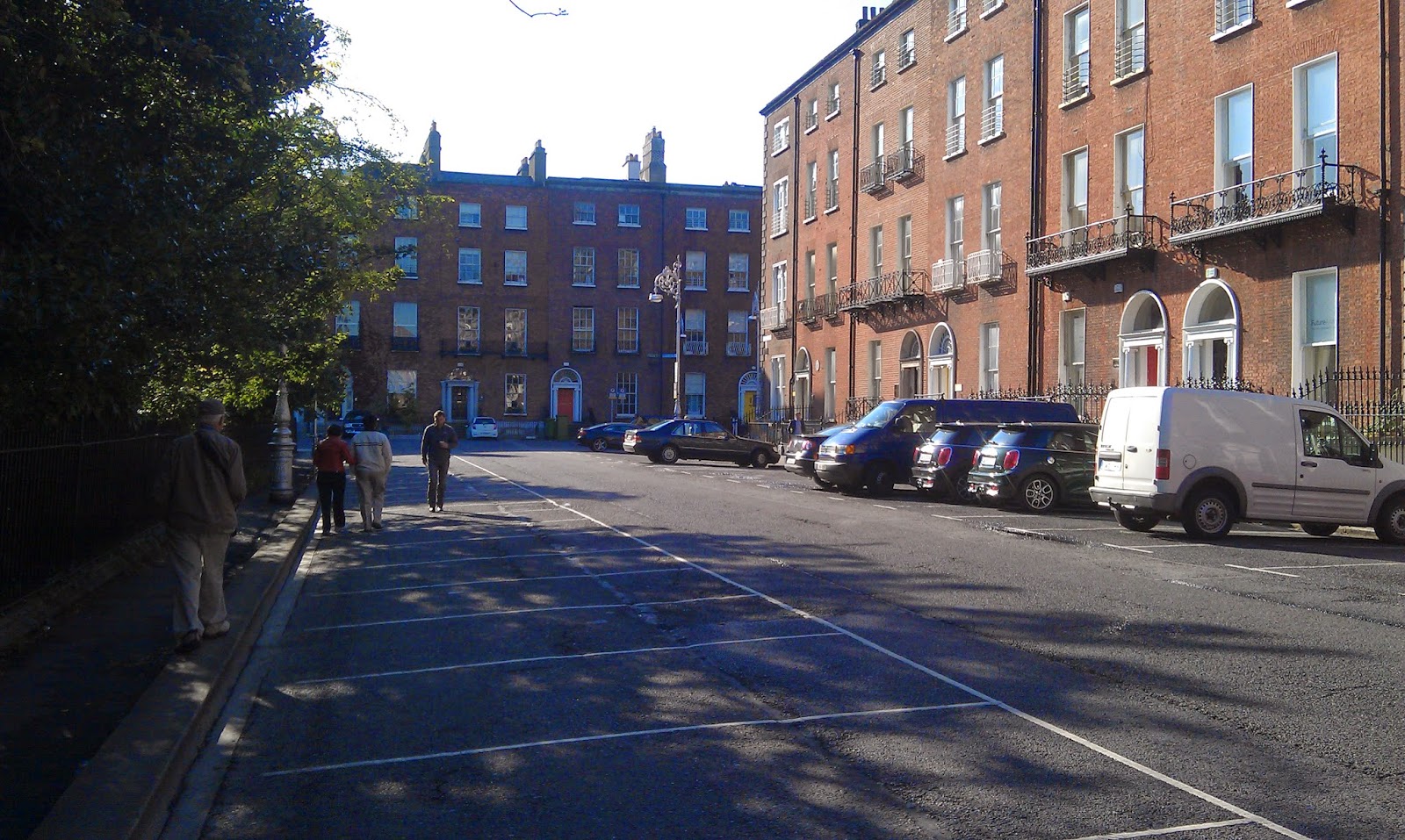 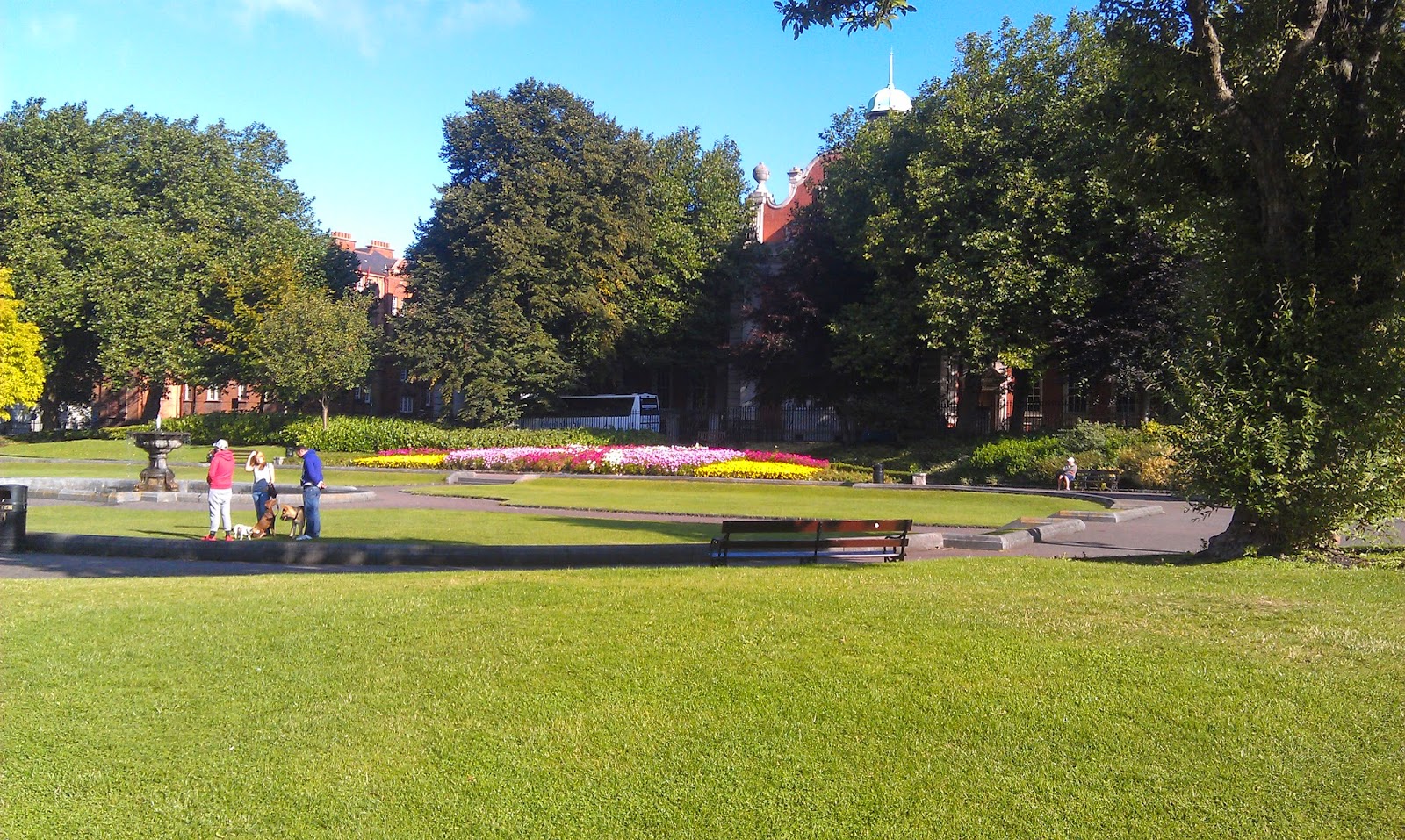 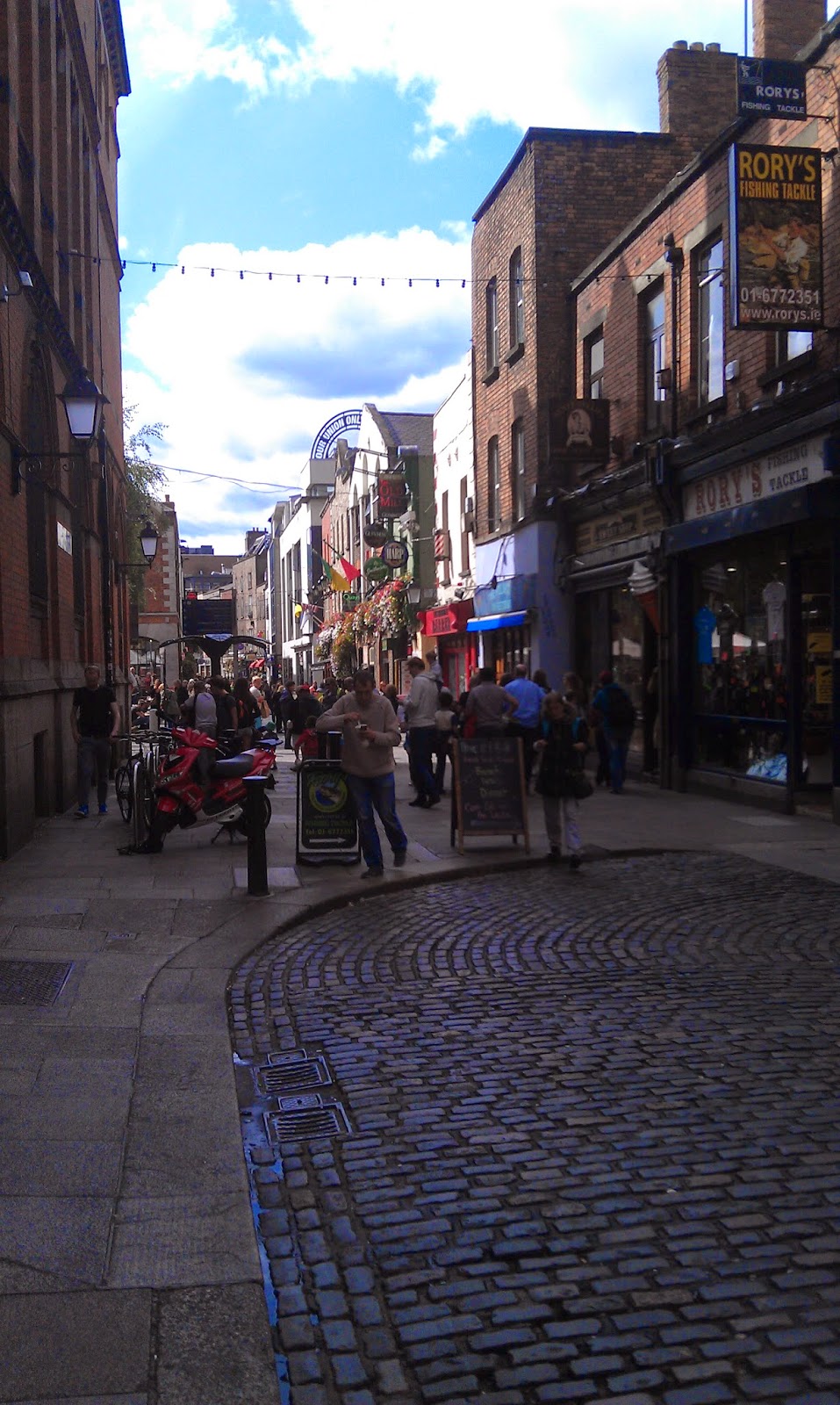 Meeting of an Old Friend

After grabbing a beverage at a cafe I managed to find a payphone (yes they still exist!) of all things and called my friend Barbara.  I've known Barbara for several years via emails and somehow through a 2-minute phone call I told her I was at Trinity University near the Book of Kells exhibit and if she could meet me there, we could hang out.  Sure enough, like clockwork she got there and now I had a local to take me on a tour.

Since Barbara is a graduate at the famous and legendary Trinity University, she managed to snag some free tickets to see the Book of Kells.  This is an ancient manuscript containing the gospels written in 700AD.  Unfortunately I wasn't able to take a picture.  However, I did snag some very cool pictures of the old library -- it looks like something out of a Harry Potter book.  This entire wing of the library contains old books that line the sides from floor to ceiling.


After visiting the book, we headed out to lunch and grabbed a pizza at Little Caesars.  This is NOT the chain restaurant that us Americans like (or don't).  Very good pizza.

Finishing lunch we walked the pub district.  Let's face it, there are NO shortages of bars of all sorts in Dublin: 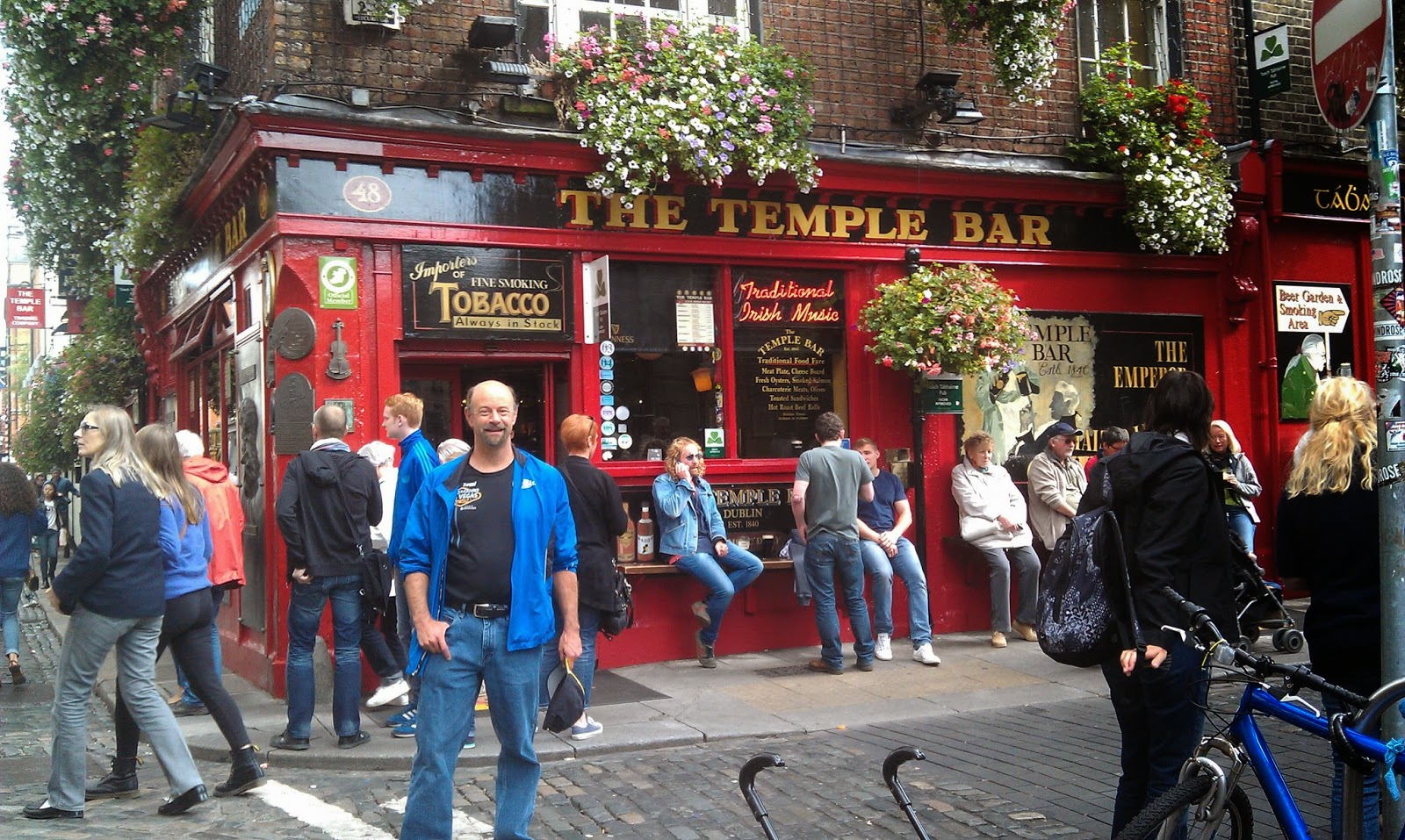 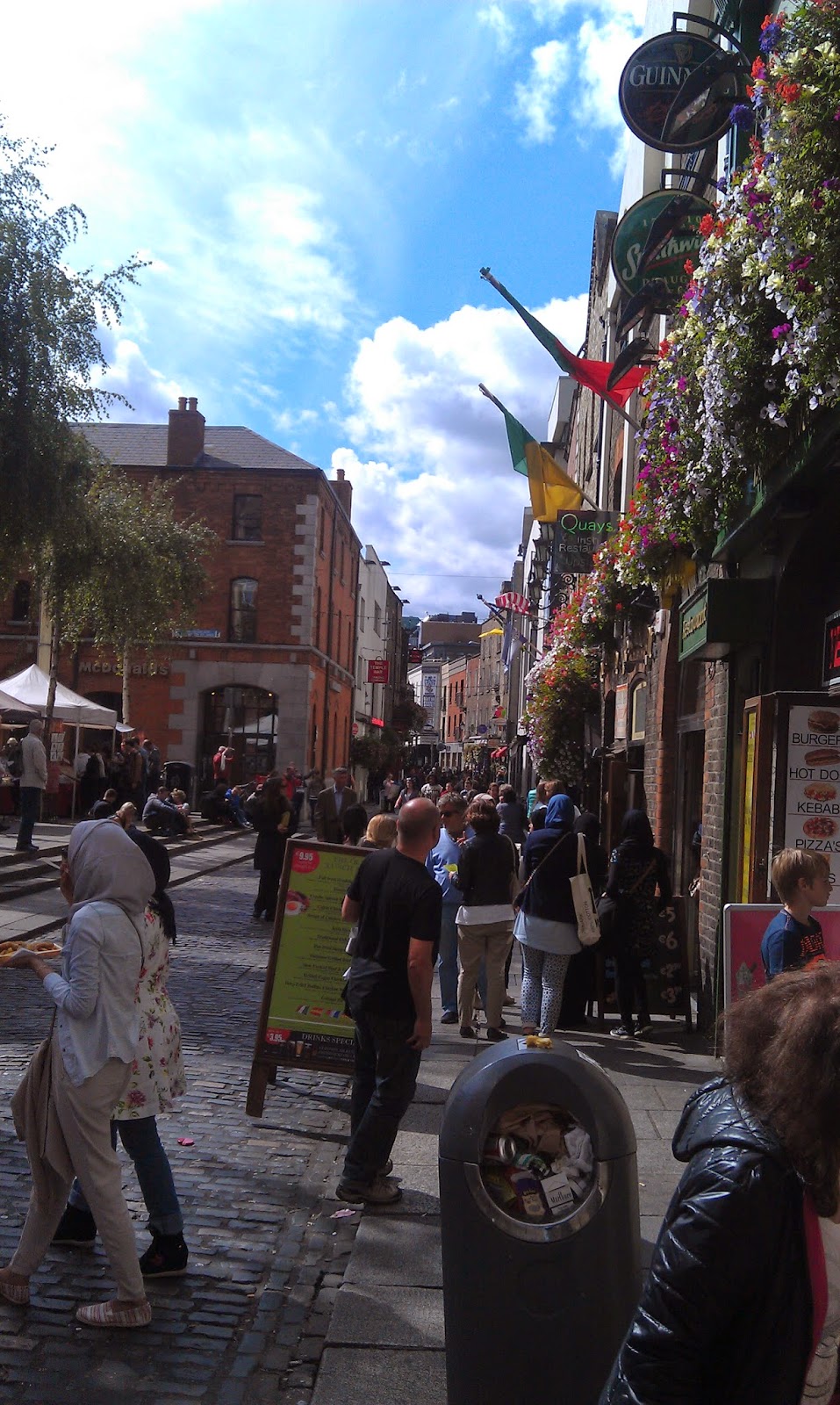 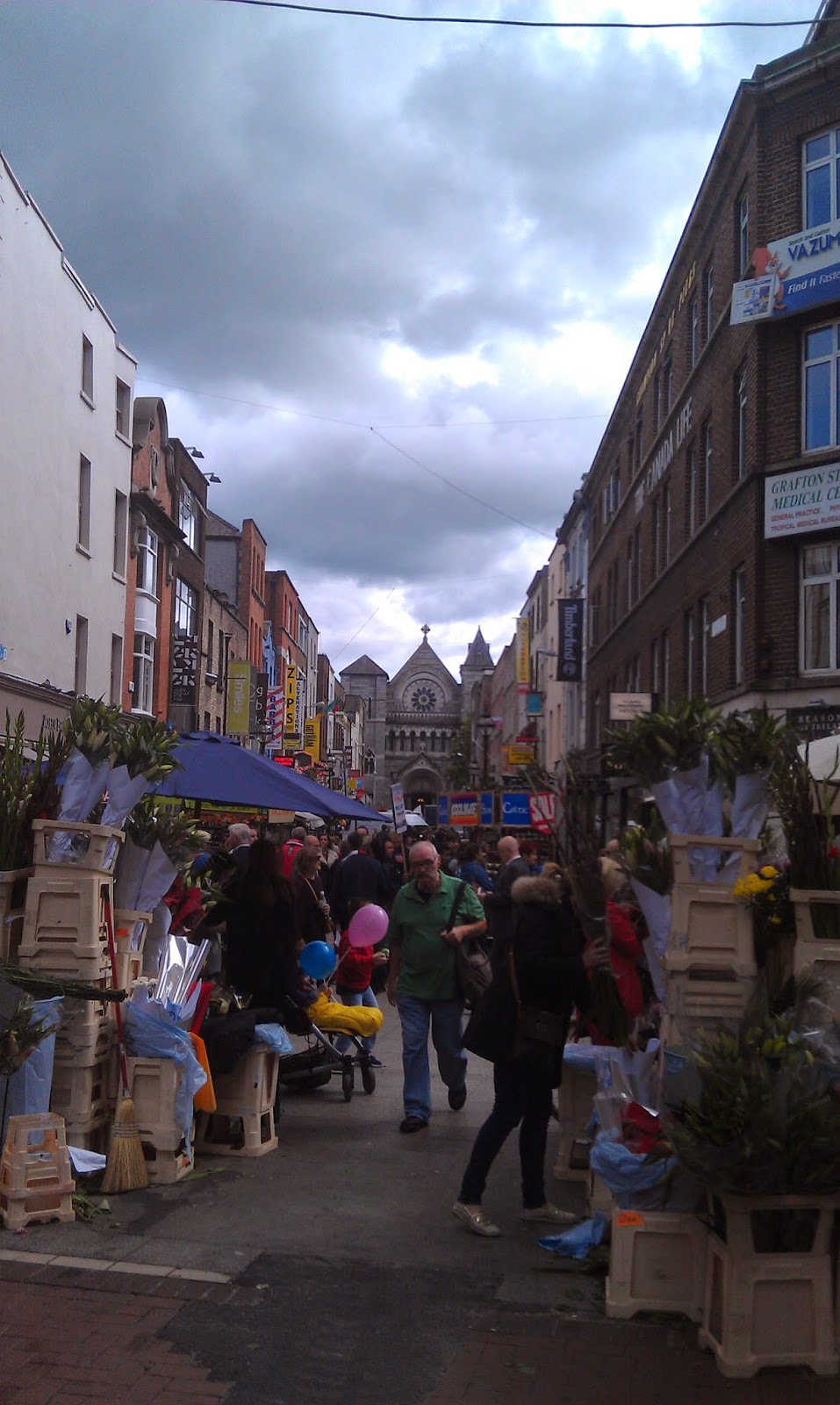 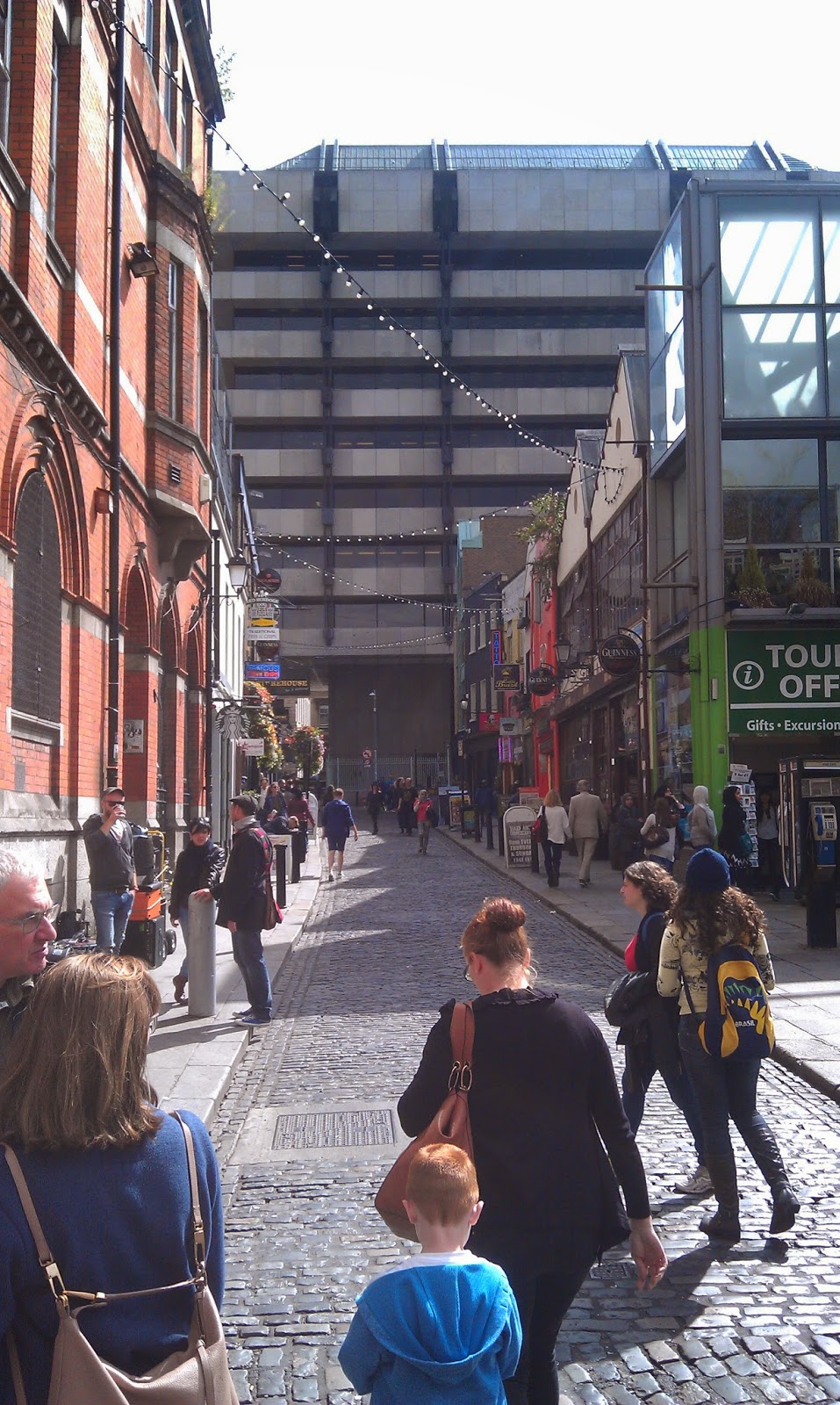 After wandering around we came across the Dublin Castle and Gardens.  I was able to snap a bunch of photos here as it was a great afternoon for shots: 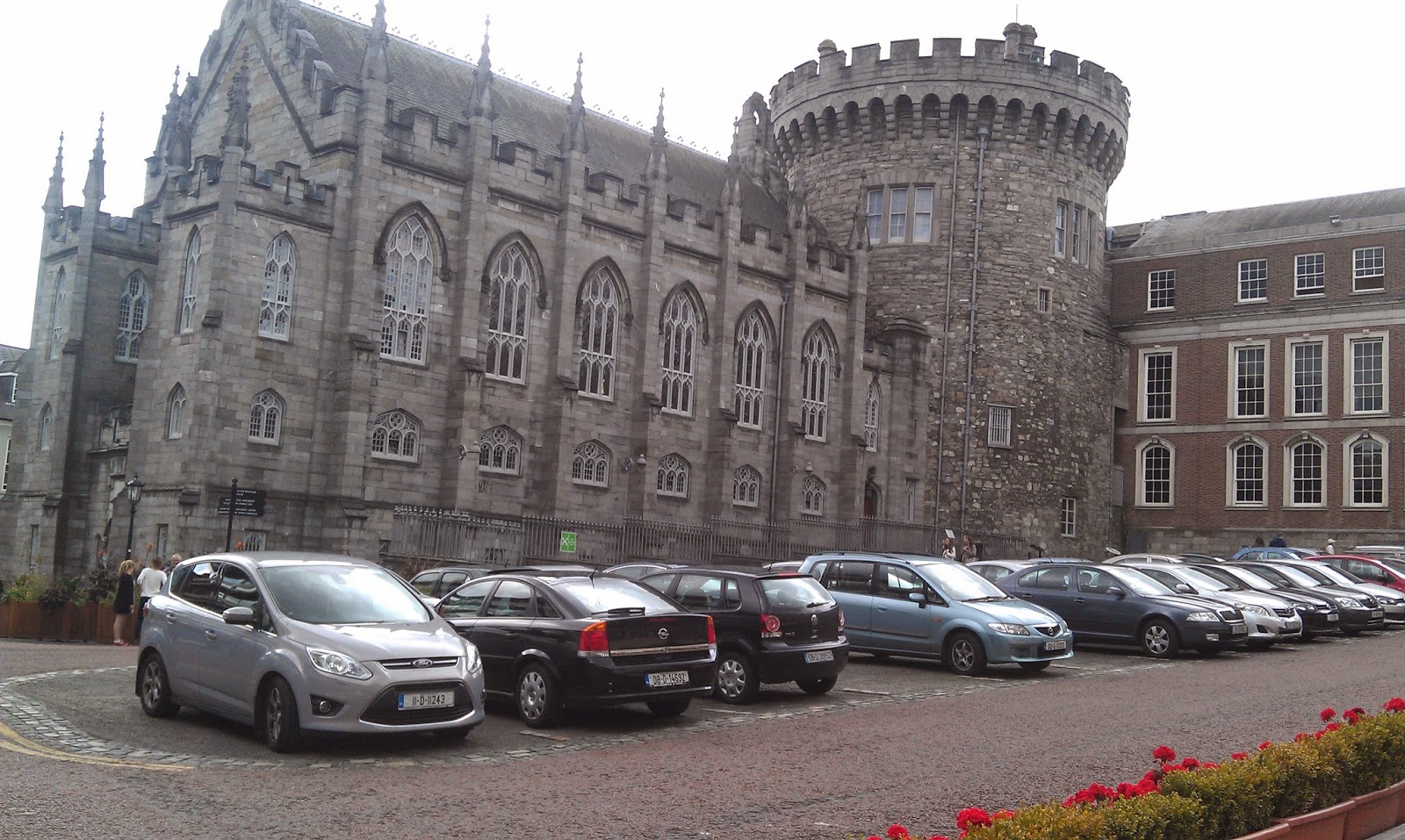 After wandering around the university some more, Barbara and I parted ways.  It was getting late and I had a mile or so walk back to the ship.  Assuming I didn't miss any turns it would be easy, but I left a bit early just in case I had an accident or messed something up.  I walked along the river that divides the city and had no problems.  I loved taking pictures of the bridges and fancy buildings along the riverfront: 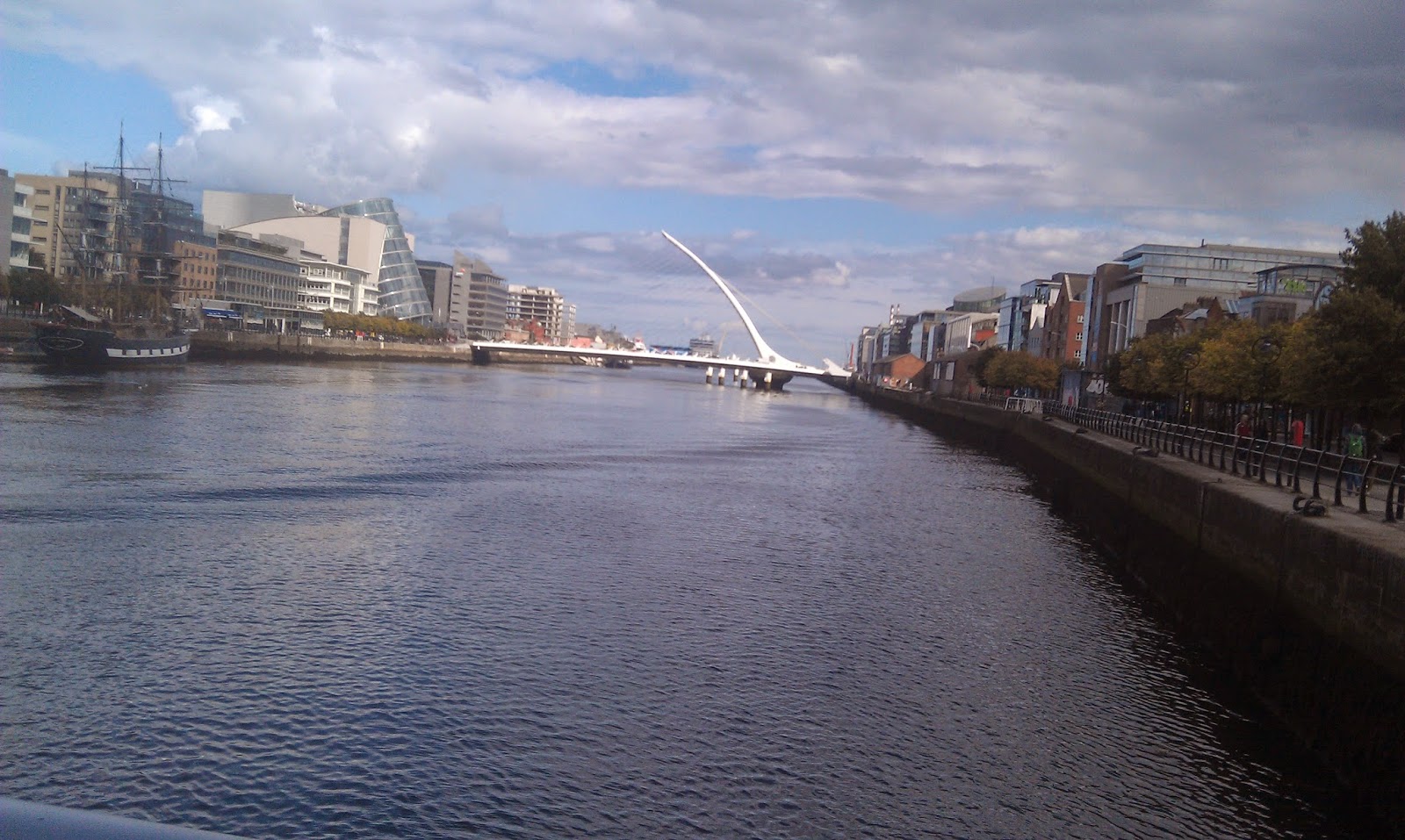 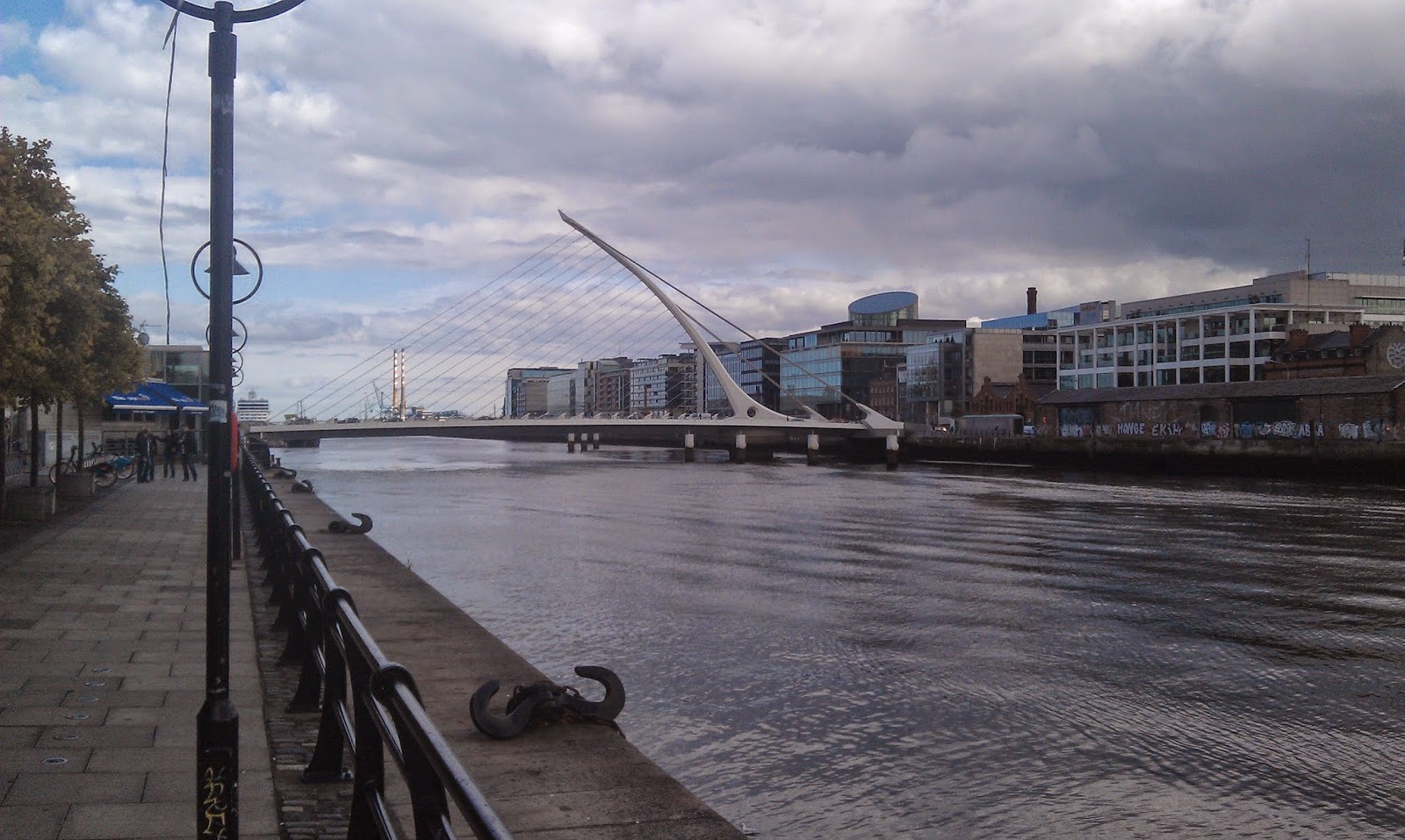 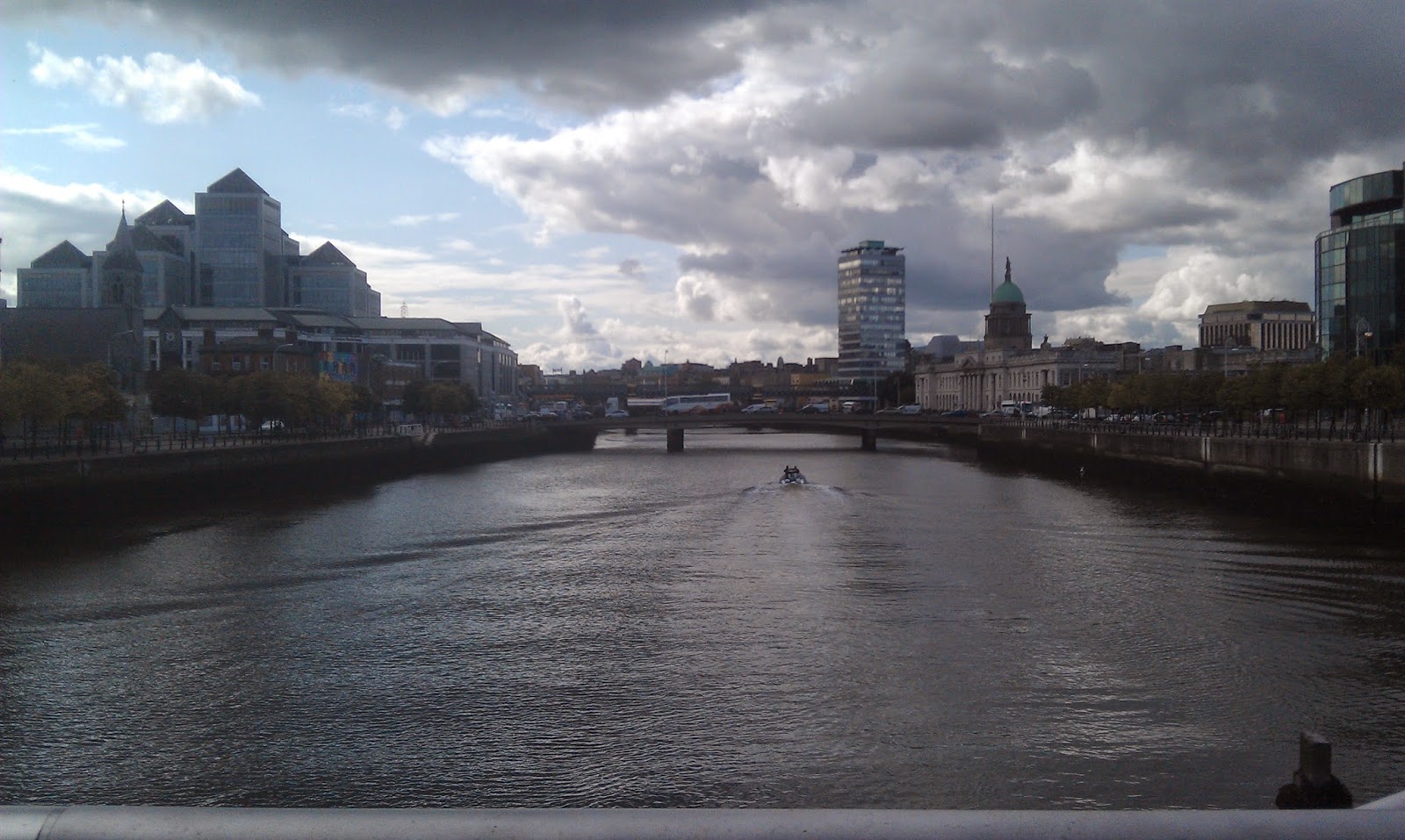 Back on the Boat

Before dinner, I managed to snag a seat for some authentic Irish music and dancing at the ship's theater.  It was also here I started to try some of their "mocktails"  I was instantly hooked to a Nojito - an alcohol free drink containing lime, lemon, and mint.  It tasted like a boozy drink without the booze.

One of the highlights of dinner was when Felicity, one of the ship's dancers paid a visit to our table.  I am not sure what prompted it, as she wasn't visiting everyone's table but it was so nice to meet one of the entertainers and grill her about what life was like for a dancer on a cruise ship. 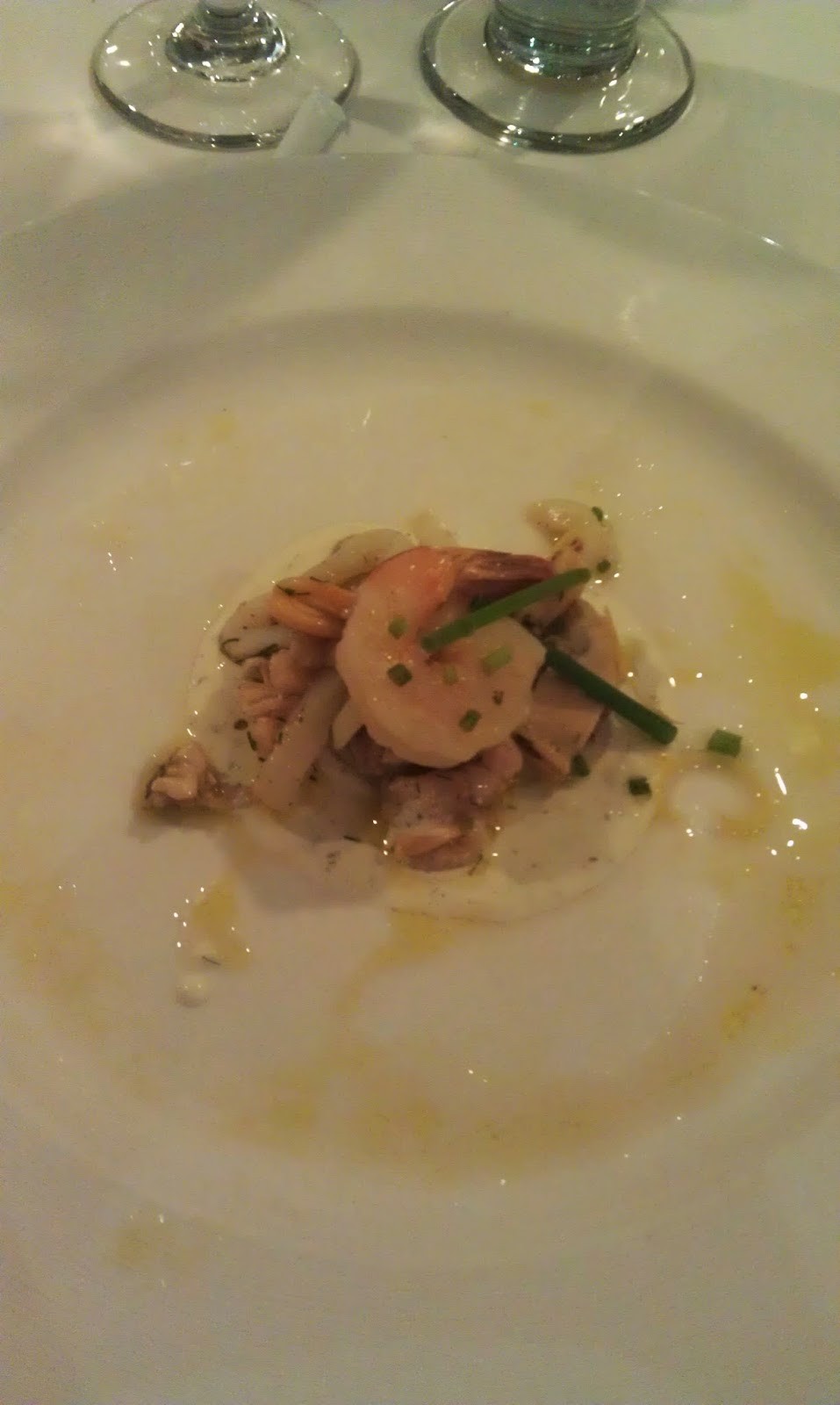 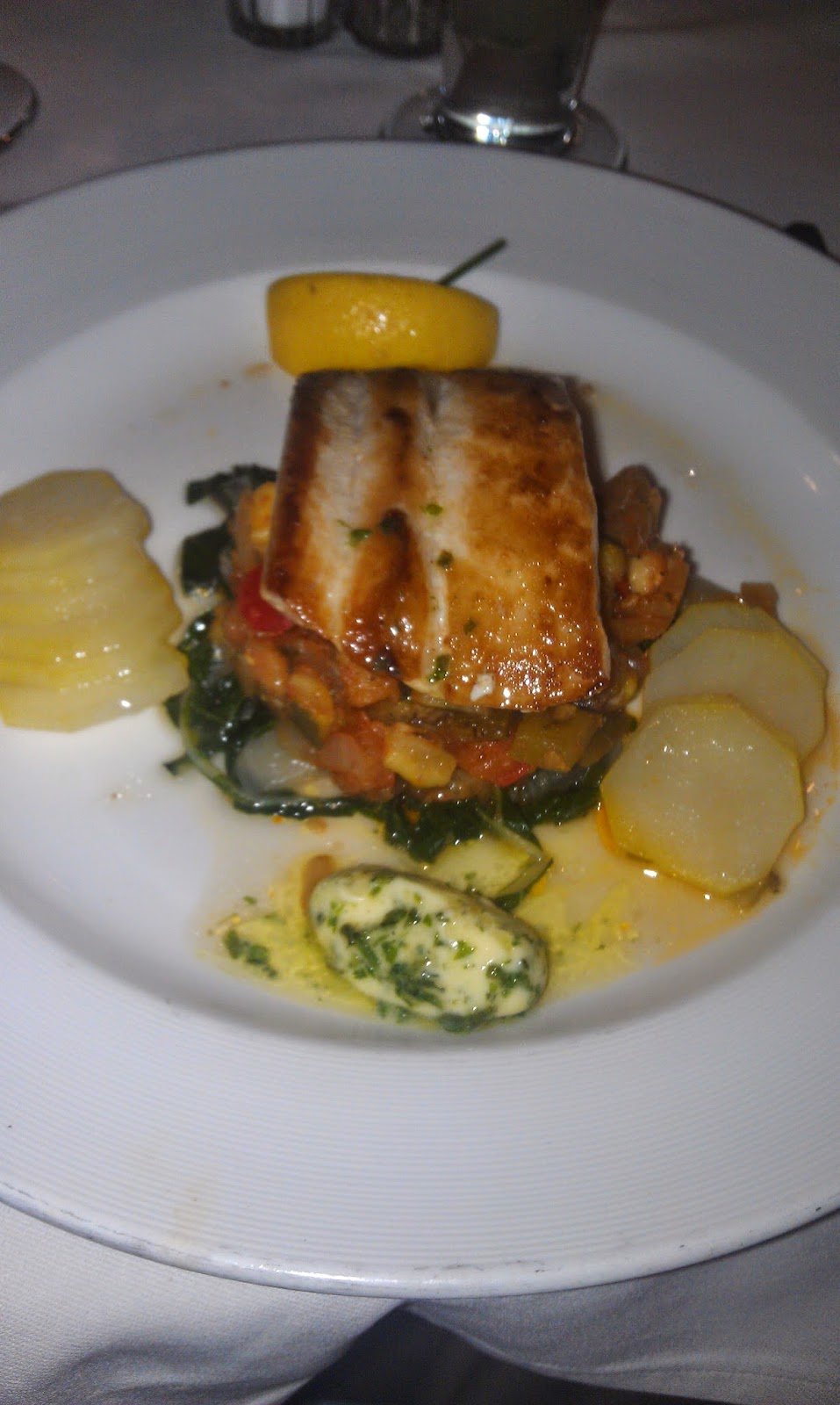 Our post dinner show was a magic show by an accomplished magician.  Most of it was slight of hand card tricks but overall I enjoyed the show.

Just before 6pm we took off from Dublin on a 2-day trip to the other side of England: Scotland / Edinburgh.  I managed to get a few pictures as well left the Dublin channel: 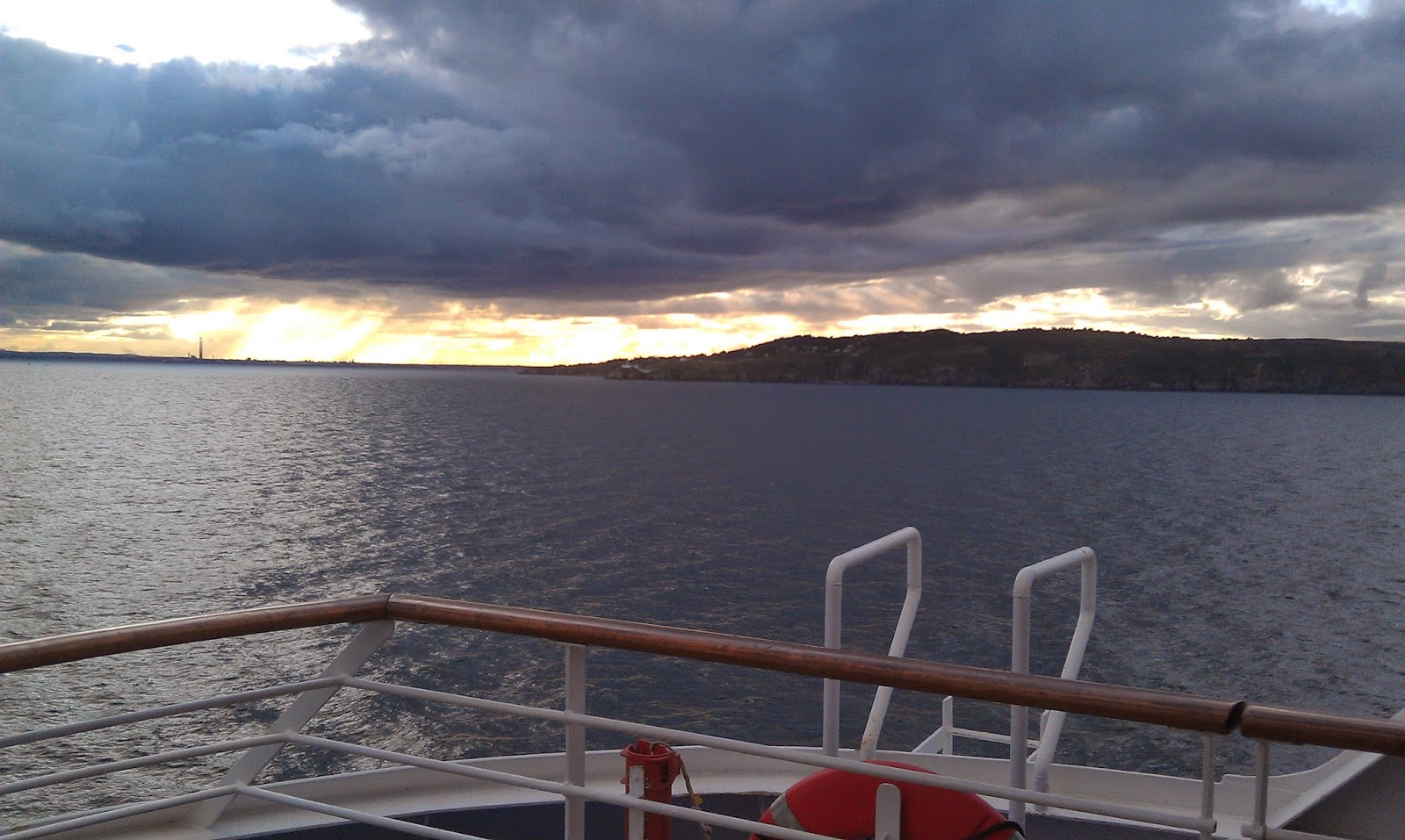 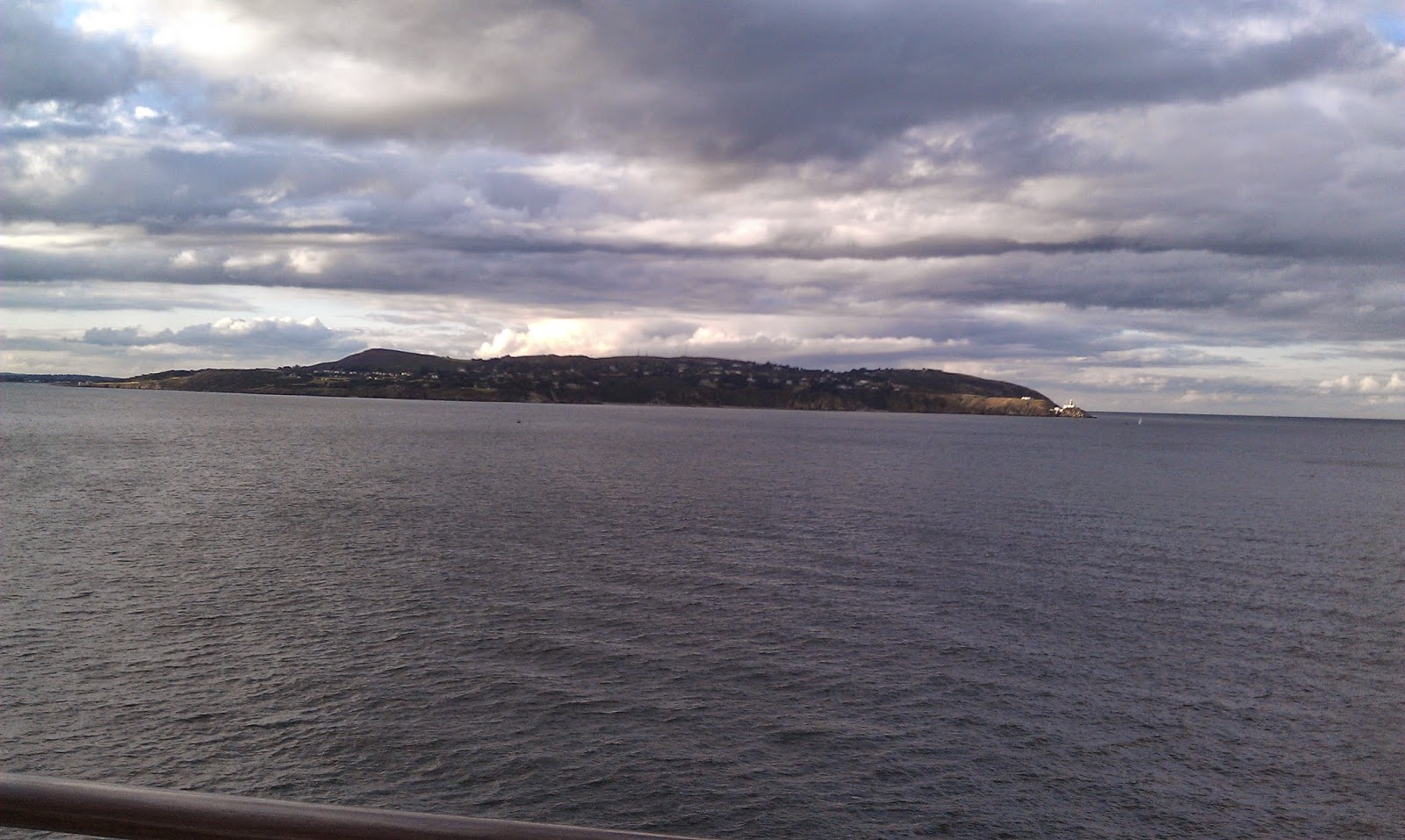 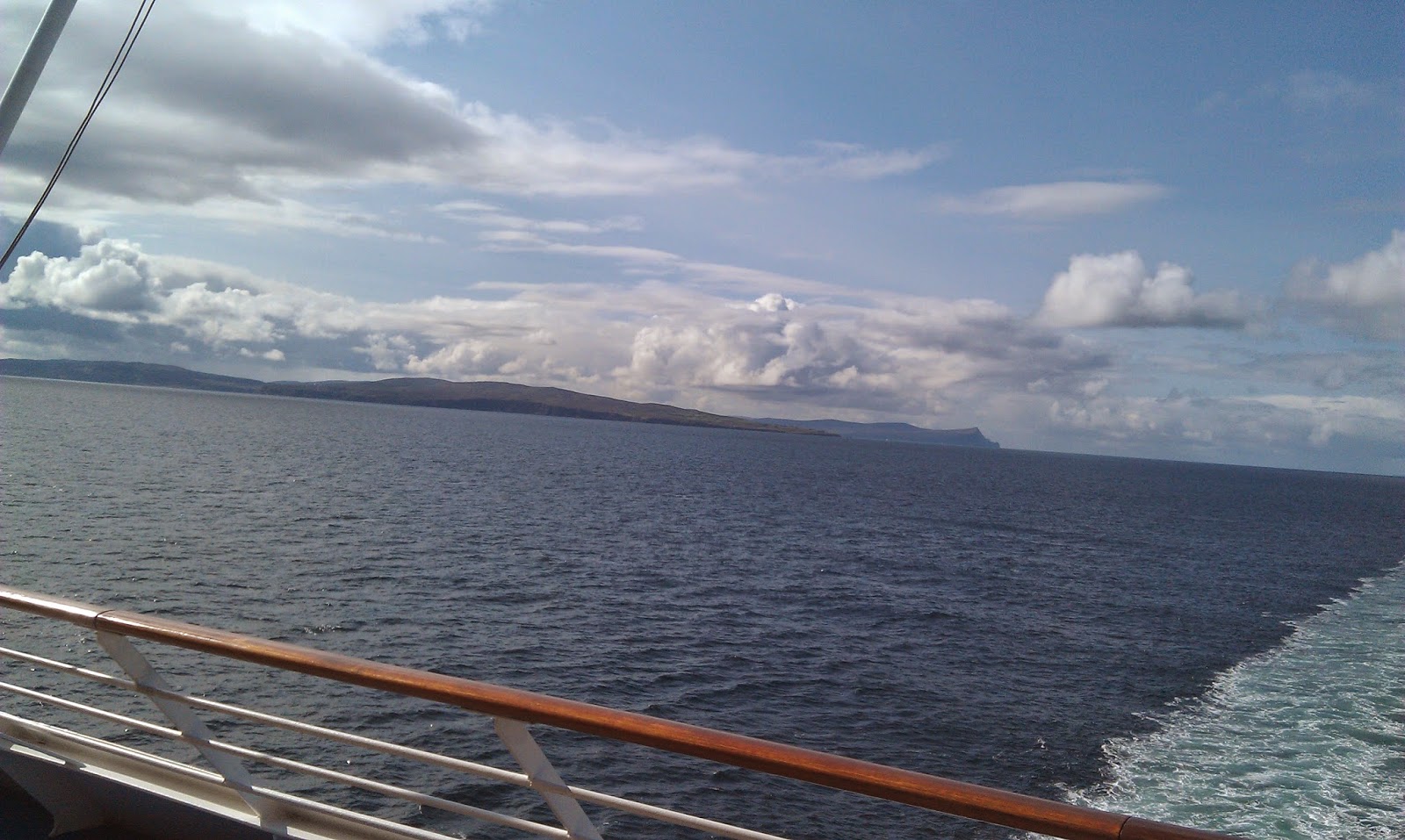 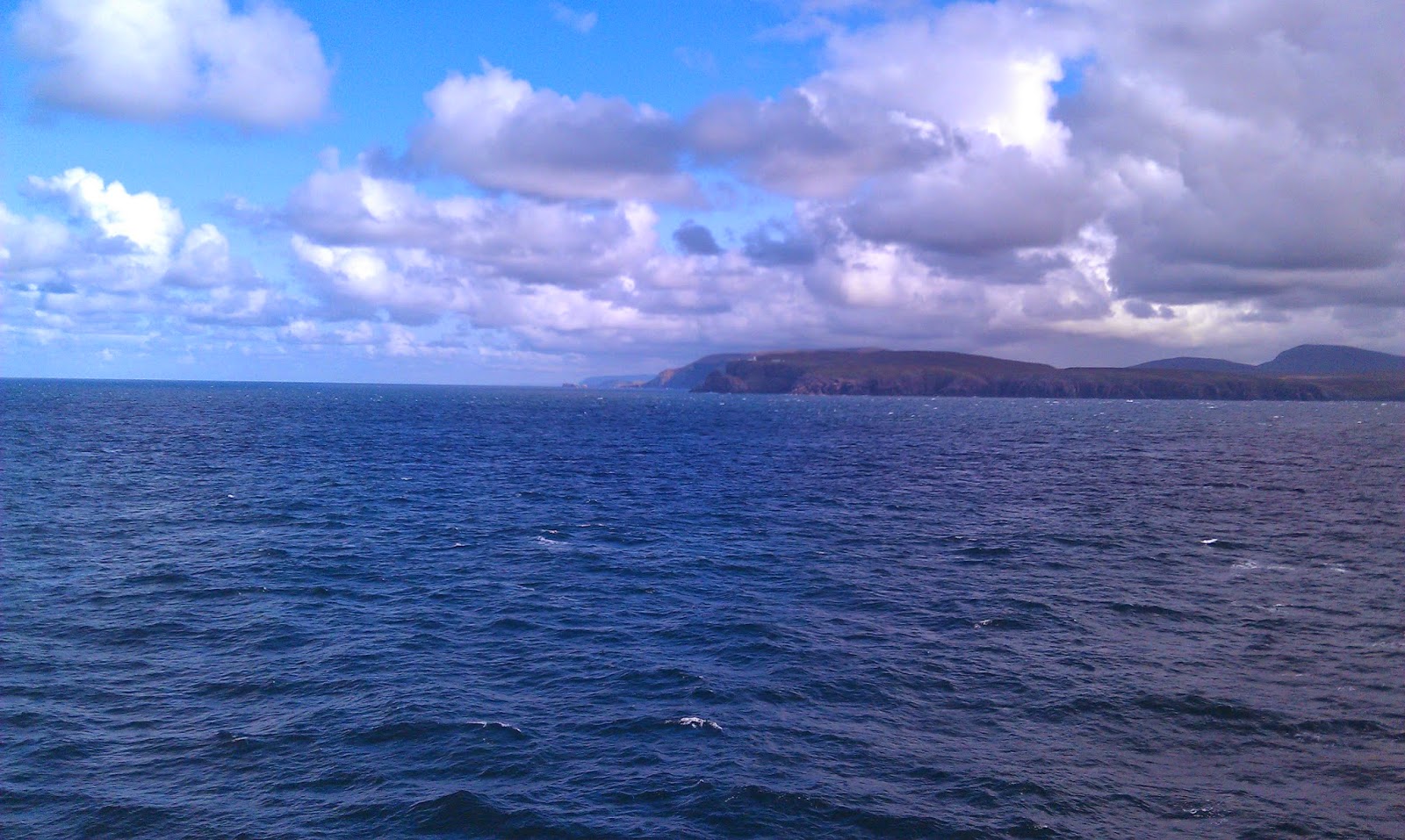