I finally knocked off the 2014 Las Vegas Marathon.  I PR'd for the year in terms of marathons, but it is a far cry from the 3:38's I used to run.  Hopefully this winter I can buckle down, drop some weight and sharpen my speed.  Too many long runs have converted all my fast muscles into endurance muscles. 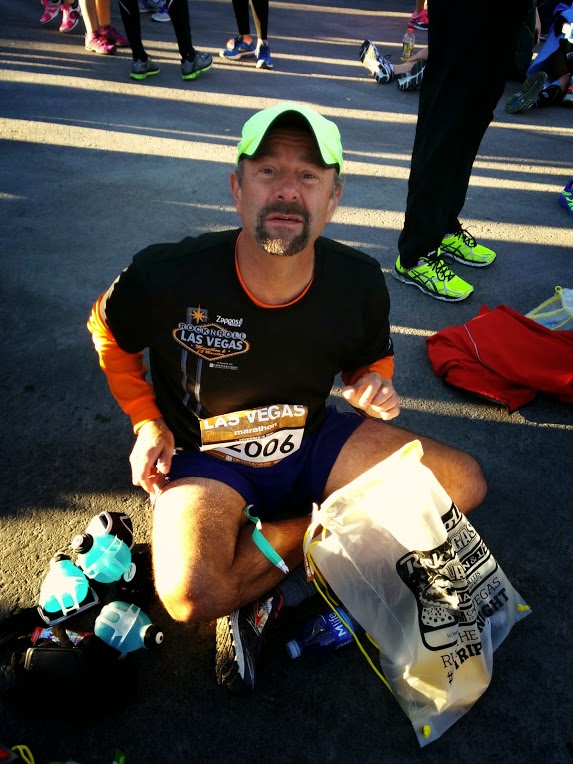 We are still having some remarkable weather here.  While it has been chilly, there is no snow in the valley and overall the temperatures have been in the mid 40's.  It'll be interesting to see how runnable the bike trail remains this winter.  The neighborhood in which I live isn't very conducive to road running.

My Saturday morning run went well.  A lady made me drop the hammer though.  I had stopped at about 3.5 miles away from my house to fill a water flask up with water at the bathrooms.  I resumed running and a woman jumped onto the trail at about the same time I did.  She was pushing a pretty solid pace and not to be outdone, I matched it.  I kept my distance and trust me when I say it wasn't a creepy thing (I was leading and she was dogging me)  None the less, it made me push the pace and what would've been a leisurely final 3 miles turned into one where I was really pushing it.  Thanks lady!

I had a nice weekly total too.  Always exciting when I nearly crack 50 miles.

Believe it or not, I was looking for a race this weekend.  Call me stupid, but I have running fever.  I was actually trolling the race sites looking for a half marathon.  It probably wouldn't have gone so well -- my legs are still shot from Vegas.  There were only a handful of 5Ks and the near half that I was dying to do was in Overton, NV -- about 5 hours away at the Valley of Fire (put that one on my wish list)

However, the race scene here is pretty much dried up.  Sure we have the Turkey Trots coming up but it looks pretty bleak from now until February.  I'll definitely keep an eye on things though.

I am doing the Bountiful / South Davis 5K on November 27th.  I registered for that race a month or two ago on the last day I could to nail a $20 price tag.  I've run this race every year I've lived in Utah and they do a good job.  The course is a fair one and starts off with a mild downhill and the last mile, just as things start to hurt, is slowly uphill.

We are also planning a trip to Arizona around the end of January.  Turns out there is a full marathon there.  If I can get in the training, I am going to take Arizona off my state's list.  It looks like a really small marathon, however.   I wouldn't mind doing the RnR version but we aren't going to be there during that time and we'll be too late for the Phoenix Marathon.

Finally, I am registered for the 2015 Las Vegas Marathon.  I got a nice deal of $99 + $10 for service fees at the Expo.  That price will easily double by next fall.

I am also starting to identify other races I'd like to do and hopefully as the plans solidify I can disclose where and when I'll be running next.

First off, I am somewhat famous.  Check out this article.  If you look closely at the picture at the top of the screen you'll see me just entering the picture on the right.  That photo is from the 2013 Las Vegas Marathon.  I'll be signing autographs for $20 a piece.

Finally, this morning, it was sort of gloomy and overcast, and the snow is a lot lower on the mountains, but I did manage to get this picture at about 5.5 miles down the bike trail: 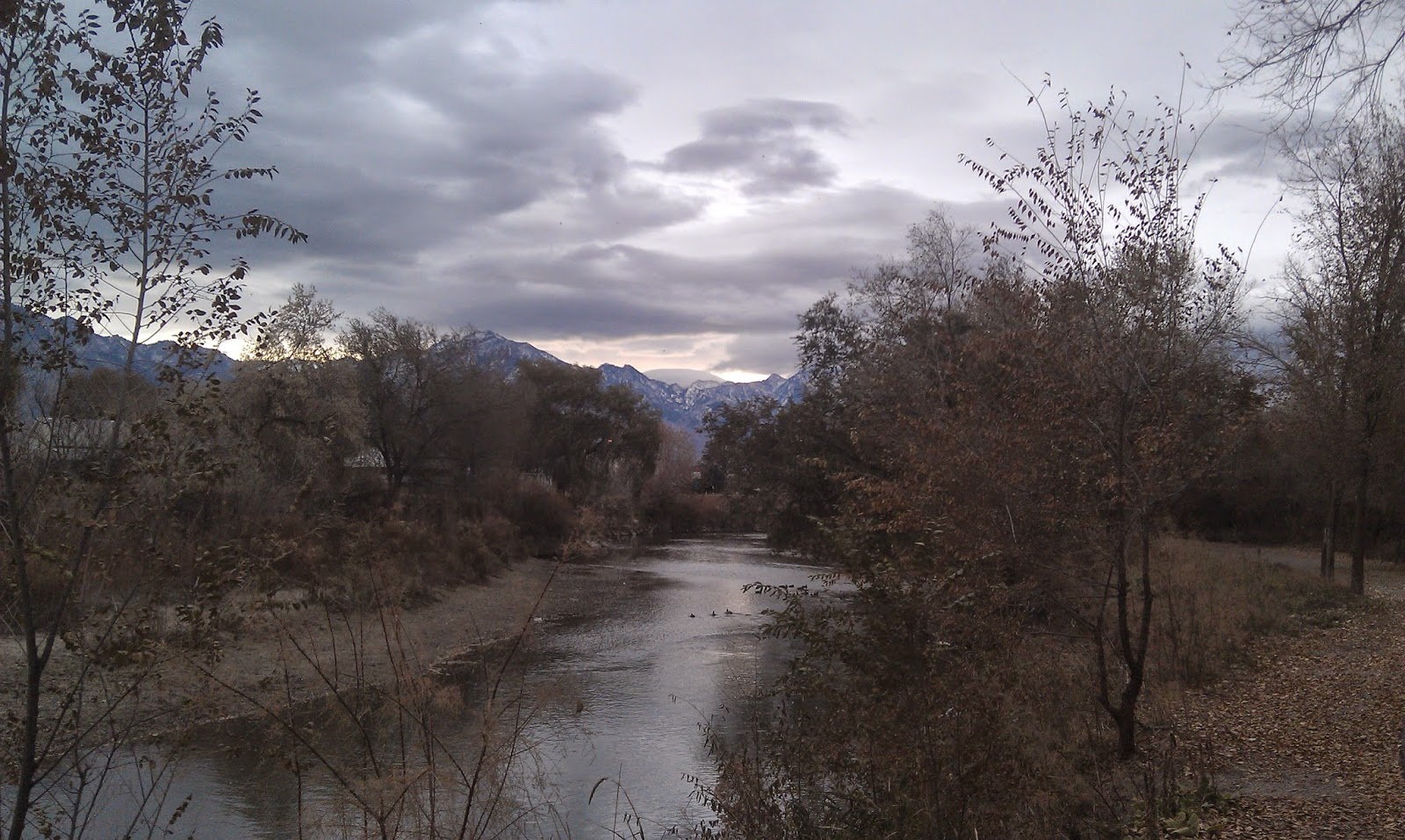