I didn't sleep particularly well, of course, after my marathon the night before.  I didn't have any caffeinated gels or anything.  I just think I was over exerted and it seemed like my body was still burning insane amounts of calories post race.  Plus I had the occasional cramp.

Granted, though, this marathon I finished a LOT better than most, and when the sun finally came up the next morning I was ready to take on Vegas.

However, first let me digress

Sunday was all about the marathon.  But in short, I did put $20 into a Planet Moolah slot machine at Casino Royale and wound up getting a bit of entertainment out of it.  I didn't win jack though.  Normally, I don't bother going in there, but they do have a Subway Sandwich store where I bought a $9.50 veggie delite sandwich.  The same one cost me $4.25 today.  Sigh, and Las Vegas entities wonder why the numbers are down.

I also put a $40 bet on the over for the Lions / Cardinals game.  I figured with two raging offenses the points would go over 41.5.  I couldn't have been more wrong.

Luckily that was ALL the gambling I did that day.

On the plus side, while I was eating my food up in the room, Shari made a good $100 or so on an Aruze Ultra Stack game in the Mirage.  She had had no luck the previous day but at one point, she was up over $200.  She wound up eating for about $20 for the day.

I was starving when I woke up.  Luckily I had some snacks in the room.

After the Vegas traffic died down we headed out to the Red Rock Casino on the west side of Summerlin.  Their buffet and gambling was recommended to me by a friend of mine named Paul (also a fellow runner).  You can see his blog here. 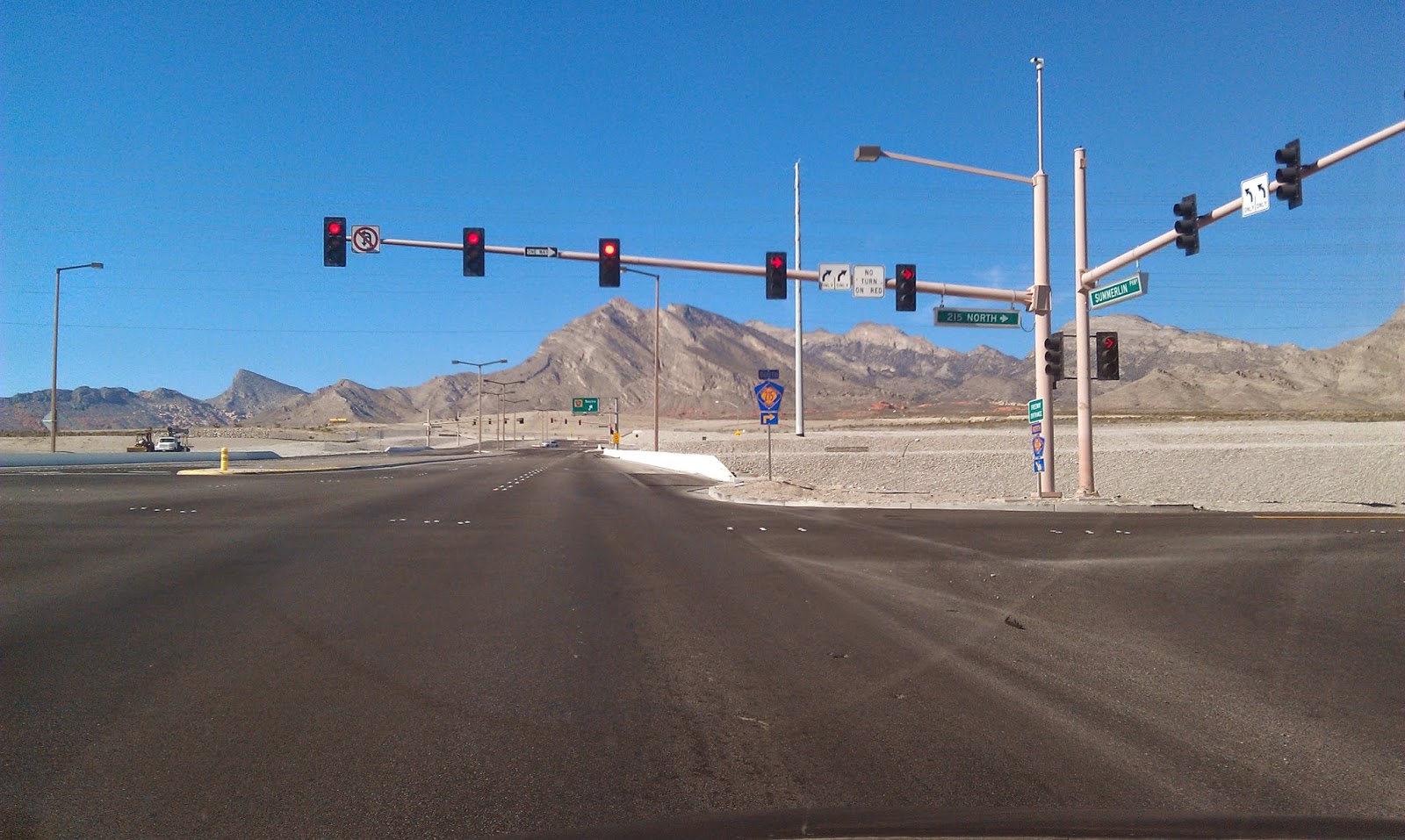 I drove clear to the west side of Summerlin via the Summerlin Expressway before heading south.  After a wrong turn or two I found the casino. 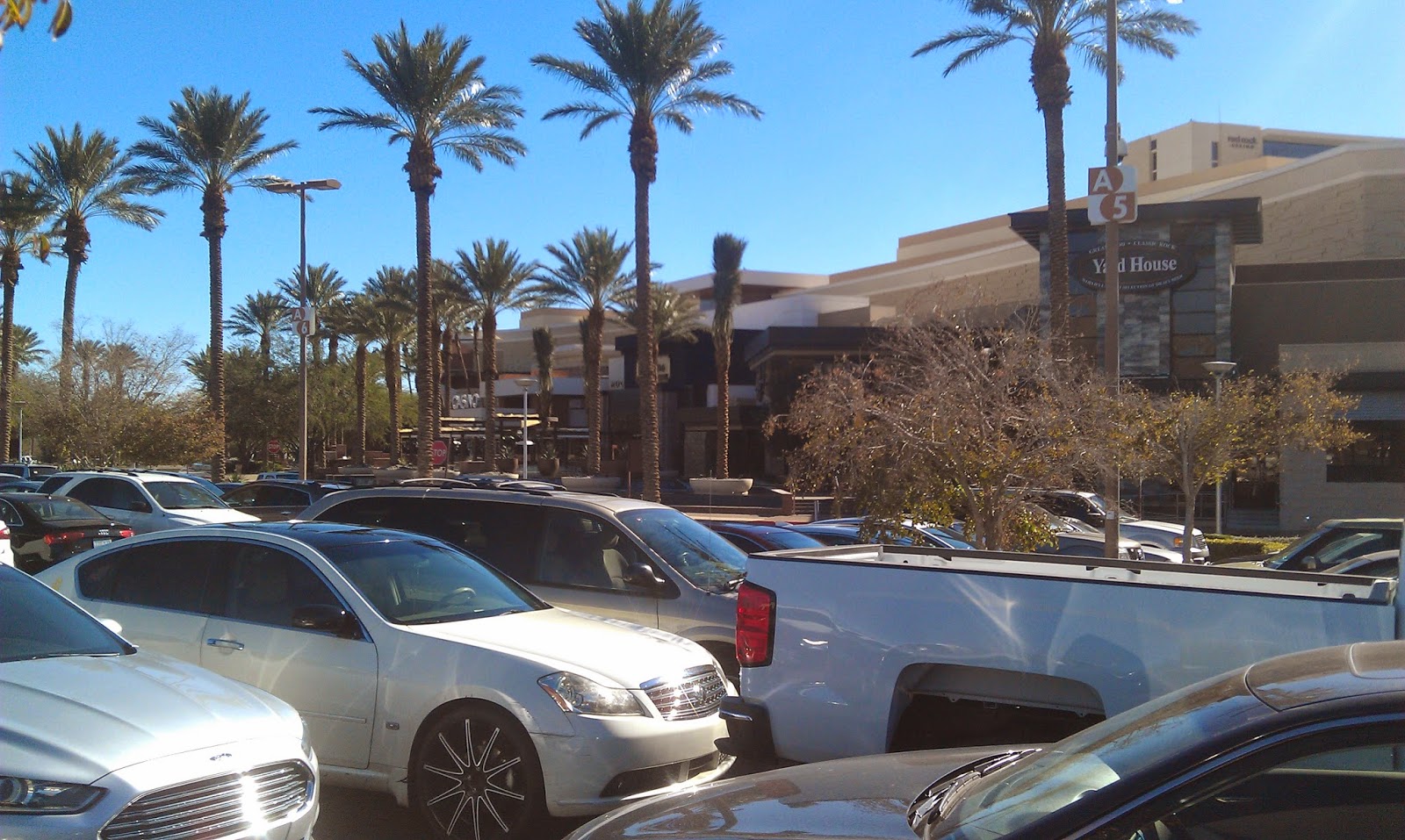 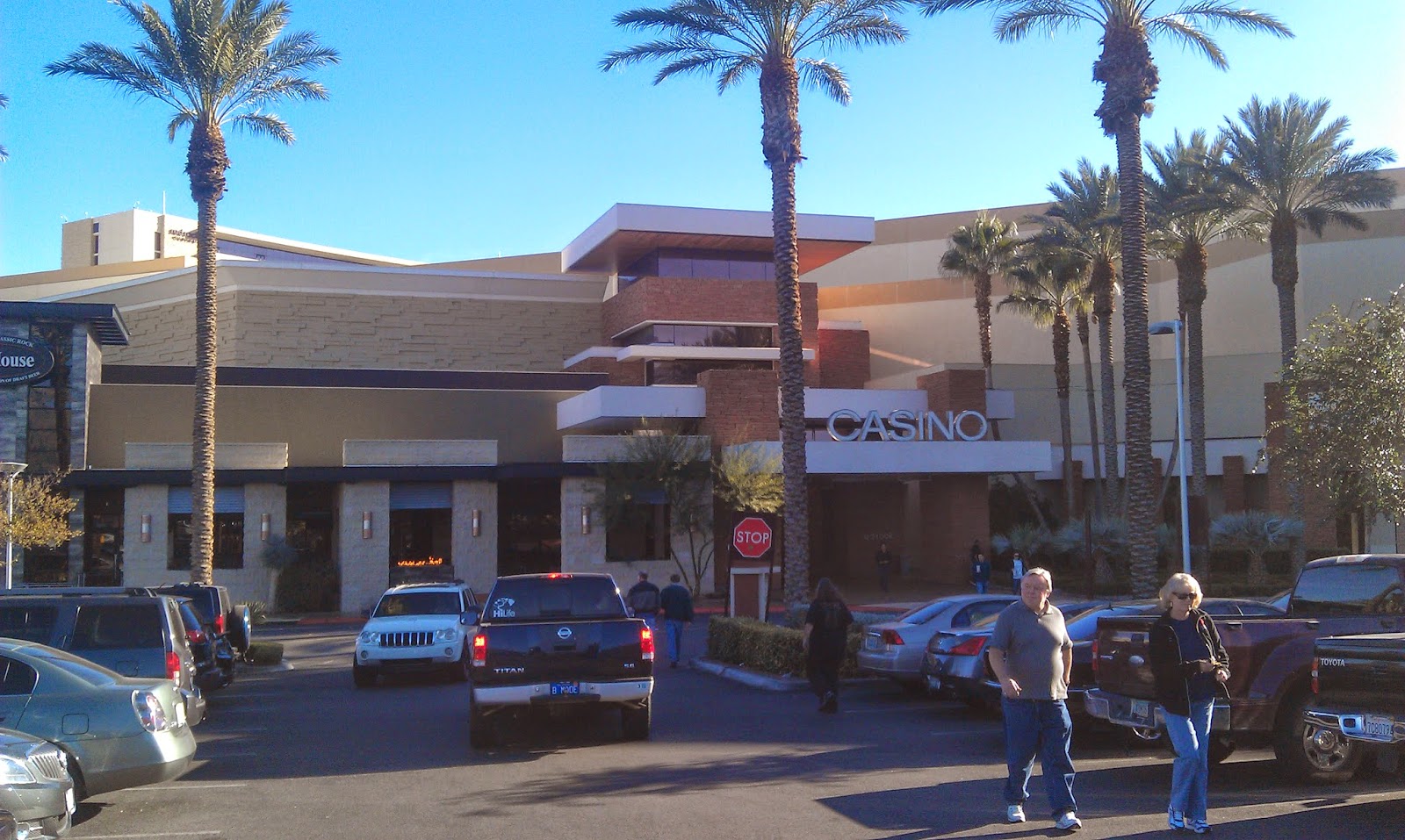 I expected another Vegas style casino, but this one resembled more of an Indian variety.  It was very opulent though and clean.  It was also new and they had a huge slot floor.  I didn't find my favorite slot machines there, but they did have some of the Aruse Multi Stack games as well as a ton of Planet Moolahs. 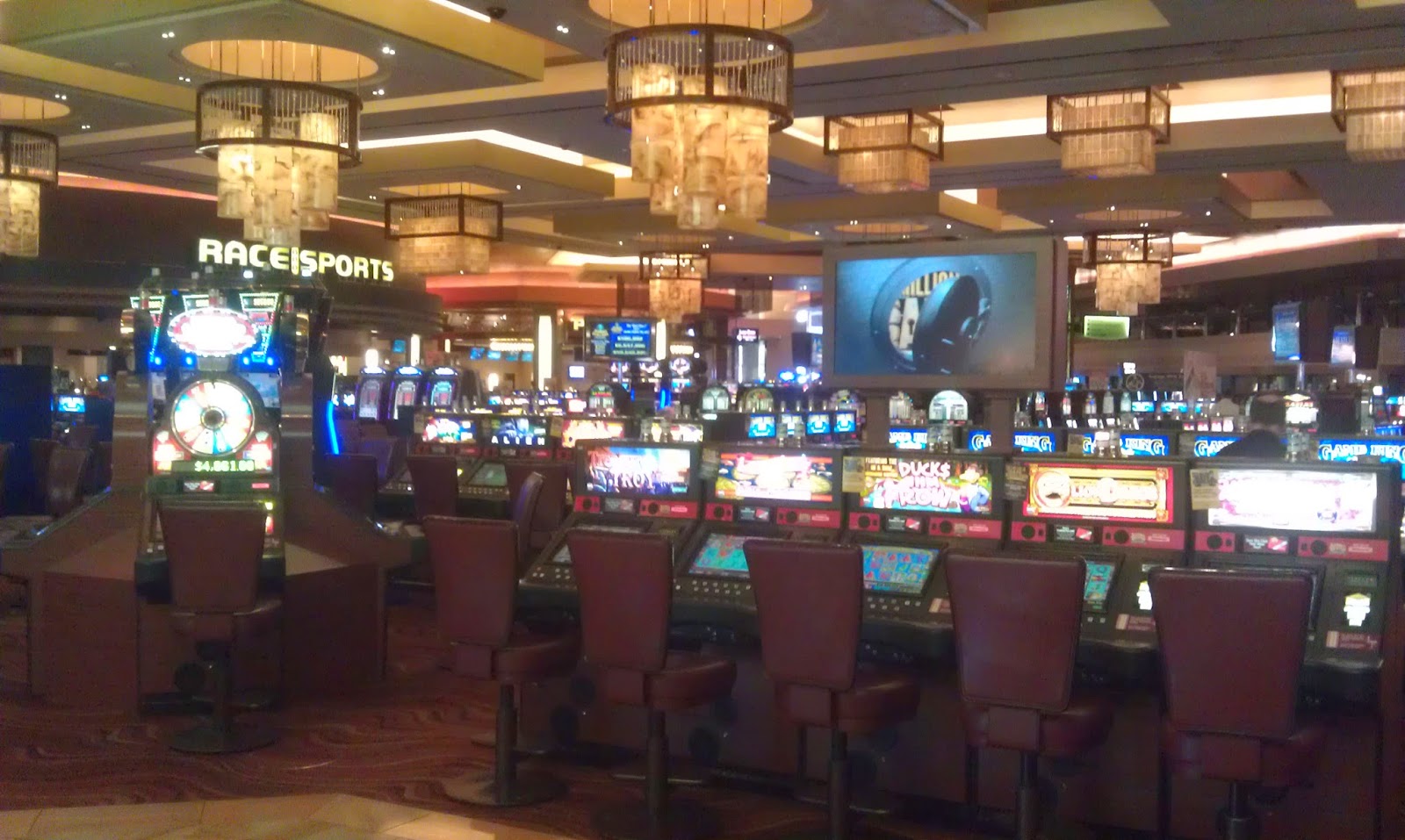 We signed up for their player's club card and wandered around a bit.  Starving, we got into line for the buffet -- wait a minute a line? In Summerlin? On a Monday morning?

Yes, I guess the secret was out.  This is a pretty good buffet, at an affordable price but there was a good 30 minute wait in what seemed like the longest line ever.  For less than $10 each, Shari and I ate pretty well.  We did have the pleasure of meeting some folks who told us we need to start playing the My Vegas thing on Facebook (I don't do facebook but Shari does).  They apparently were eating free because of it and had gotten a free room.  Sounds like a deal to me... 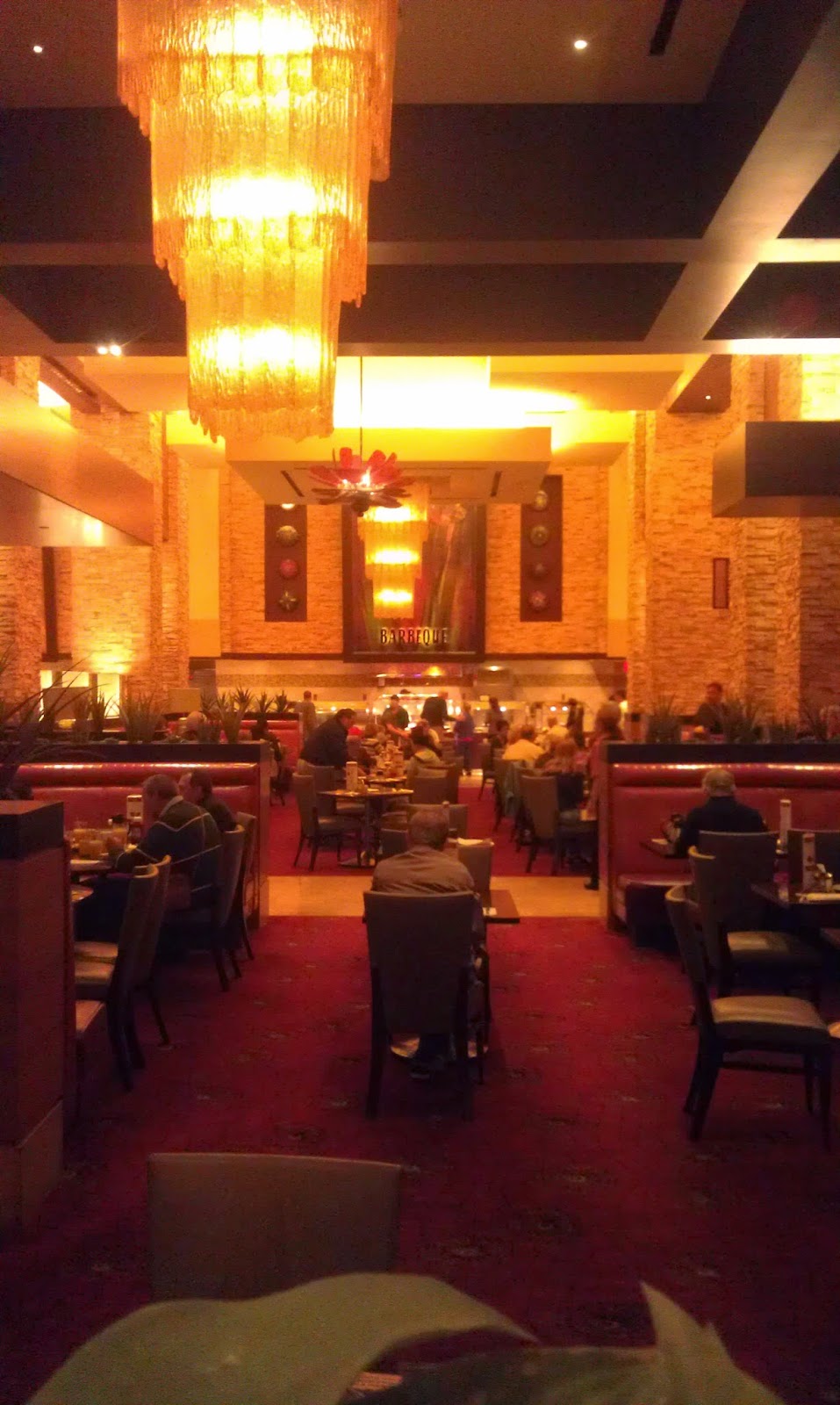 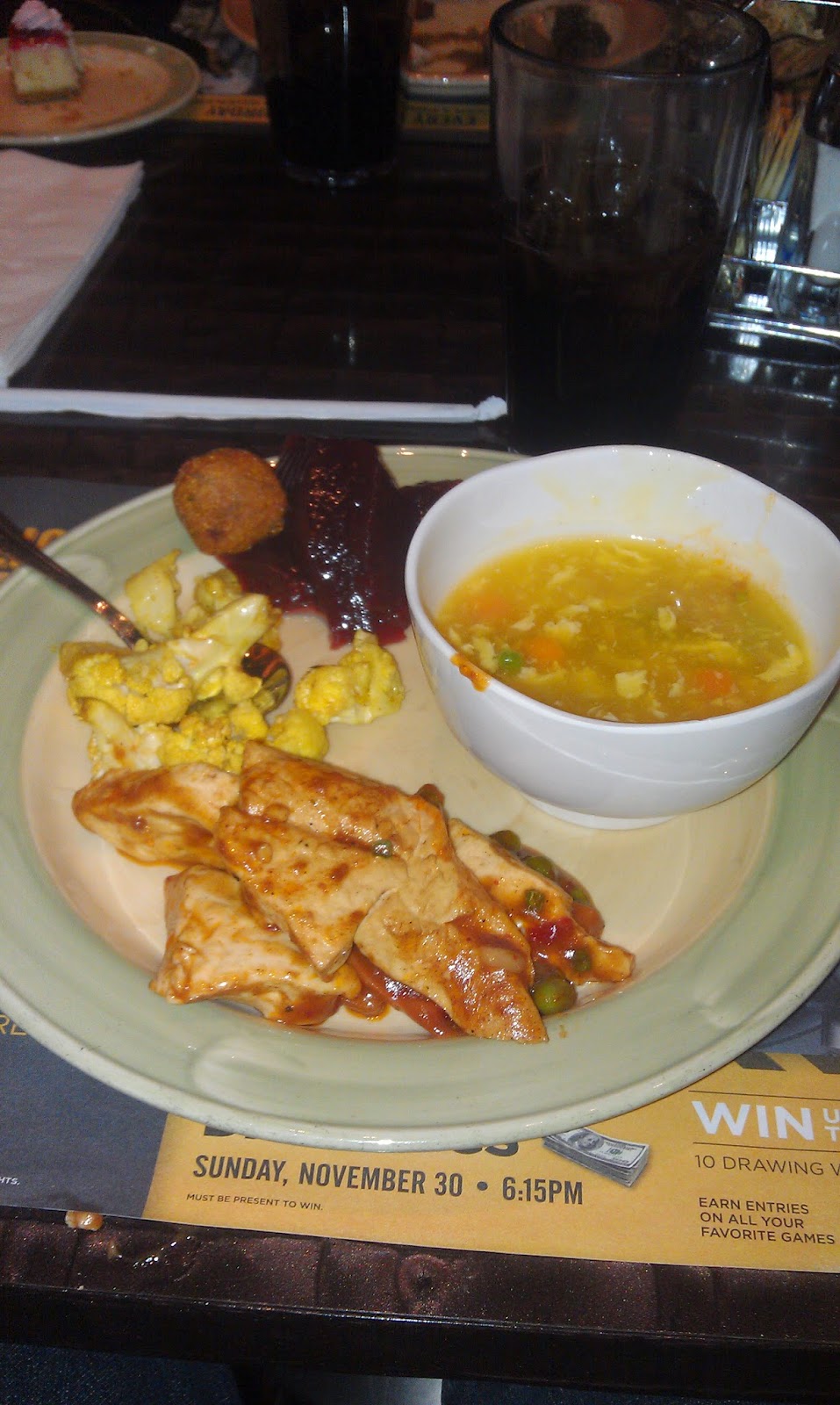 I stuffed myself silly.  I hadn't had a "real" meal in a while and I was starving from my marathon the night before. 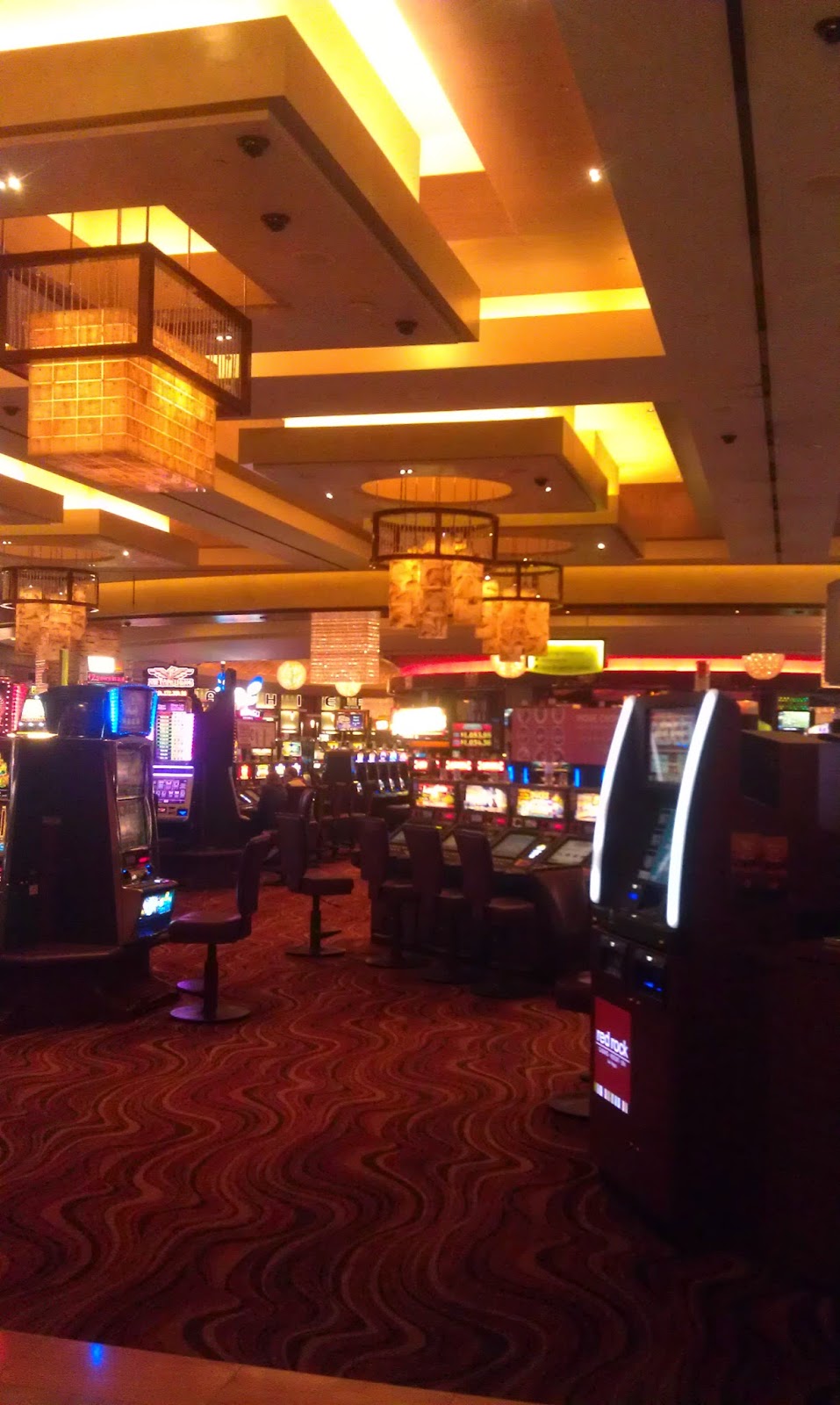 After eating we gambled a bit.  I wound up making about $20 profit on a variety of machines.  Nothing big, but enough to keep me entertained.  Shari wasn't having any luck whatsoever.

After about an hour we took off and headed to the Rampart Hotel and Casino.  We have gambled there before with mixed results.  They had mailed us $5 free play coupons that we wanted to use.  Sadly, when we went to redeem them there apparently was some fine print on it that said you had to be a guest of the hotel to use it.  Sigh...

I put $20 into an Ultra Stack machine and got very little for it.  Shari wasn't having any luck.  We checked out the casino (it was fairly small by most standards) and they really didn't have any of my favorite machines.  I did make a very small profit on a Planet Moolah game.  I then jumped on to a Mr Cashman.  I was betting the minimum, about 25 cents and I was getting a lot of play for my money.  Not much was coming up on the reels, but Mr Cashman was making a lot of appearances, giving me some decent money.  I even won the mini jackpot for $38.  After a while I found myself up about $40 from this place.

Next to the Rampart is the Suncoast Casino.  It is another Boyd casino so our cards were good there.  We've been to the Rampart plenty of times, but never made the 1/4 mile drive down Rampart Blvd to the Suncoast.  Being that traffic was starting to get crazy we figured we'd at least check it out and possibly have dinner there.

The casino reminded me a lot of the South Pointe Casino in Henderson.  The floor wasn't anything spectacular but they certainly had a TON of slot machines.  When I walked in I saw a bunch of Fu Dao Le like machines but they were of the Rising Dragon variety, which I don't normally play (it seems to cater to people who want to bet the max).  I had hopes I'd find at least one of the Fu Dao Le-like machines on the floor, but alas, no such luck.

However, I did spot my old friend Leonidas.  He was in a bank of Incredible Technology games and I was so excited to finally get to play; I hadn't played since spring.  I plunked in a $50 bill and wound up playing for about 20 minutes.  I got a cheesy bonus round, and a few "big wins" of $10 or so, but soon me and my money were departed.  I was about ready to kick our "friendship" to the curb.

Shari tried some new machines as well and I went to a Planet Moolah and a Mr Cashman, but I was having zero luck here.  Soon my profit for the day had turned into a deficit.

It was still too early to head back and we wound up killing some time in the awesome sports book watching Monday Night Football.  After about 30 minutes we got up and swiped our loyalty cards just to see what we had on them.  Lo and behold I had a two-for-one buffet and a bunch of other freebies.  Yeah for me.

The buffet line was wide open and we ate for about $15 total.  This buffet was good and we had the friendliest server.  They also had a Mongolian Wok station and I had a fantastic shrimp skillet that was freshly made: 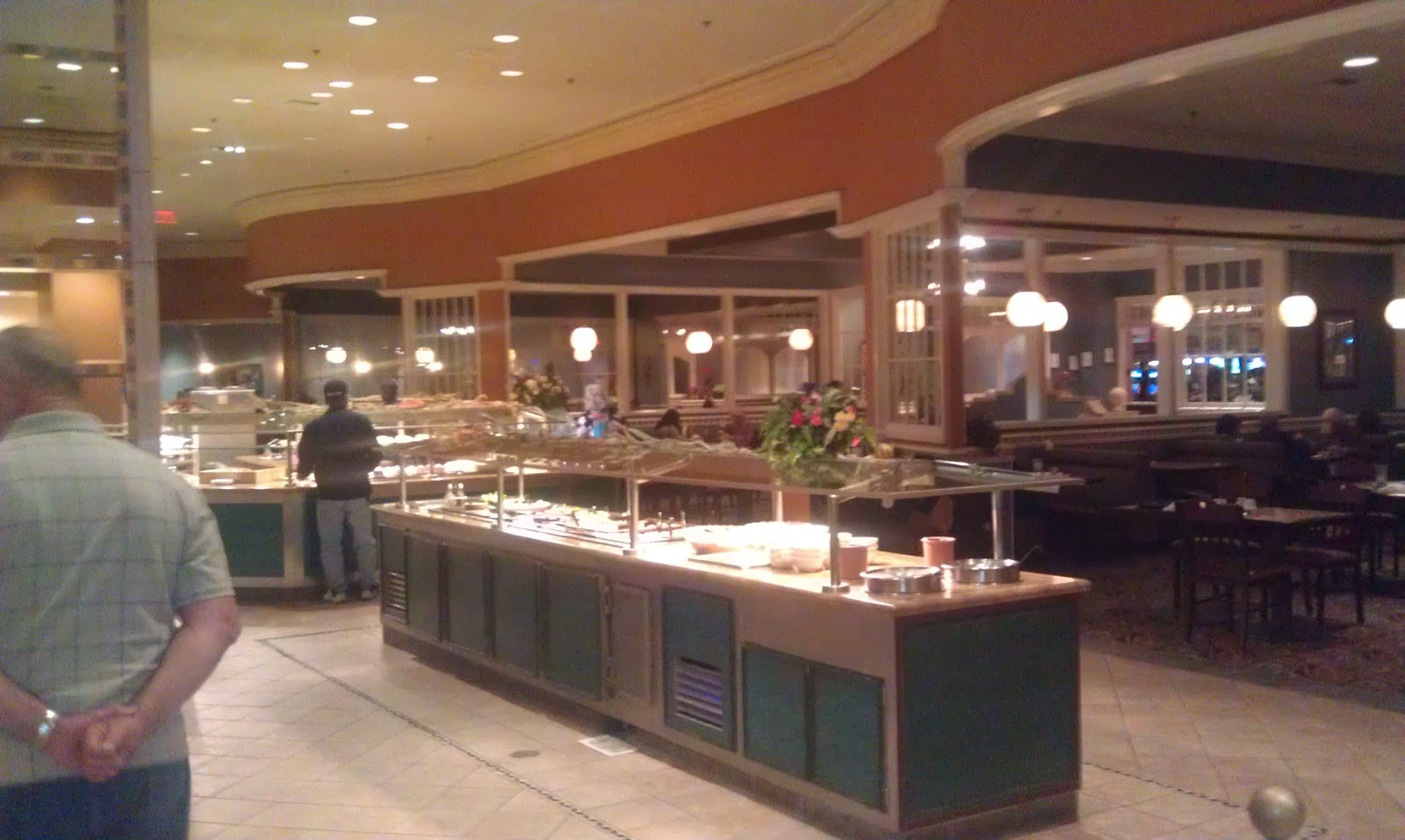 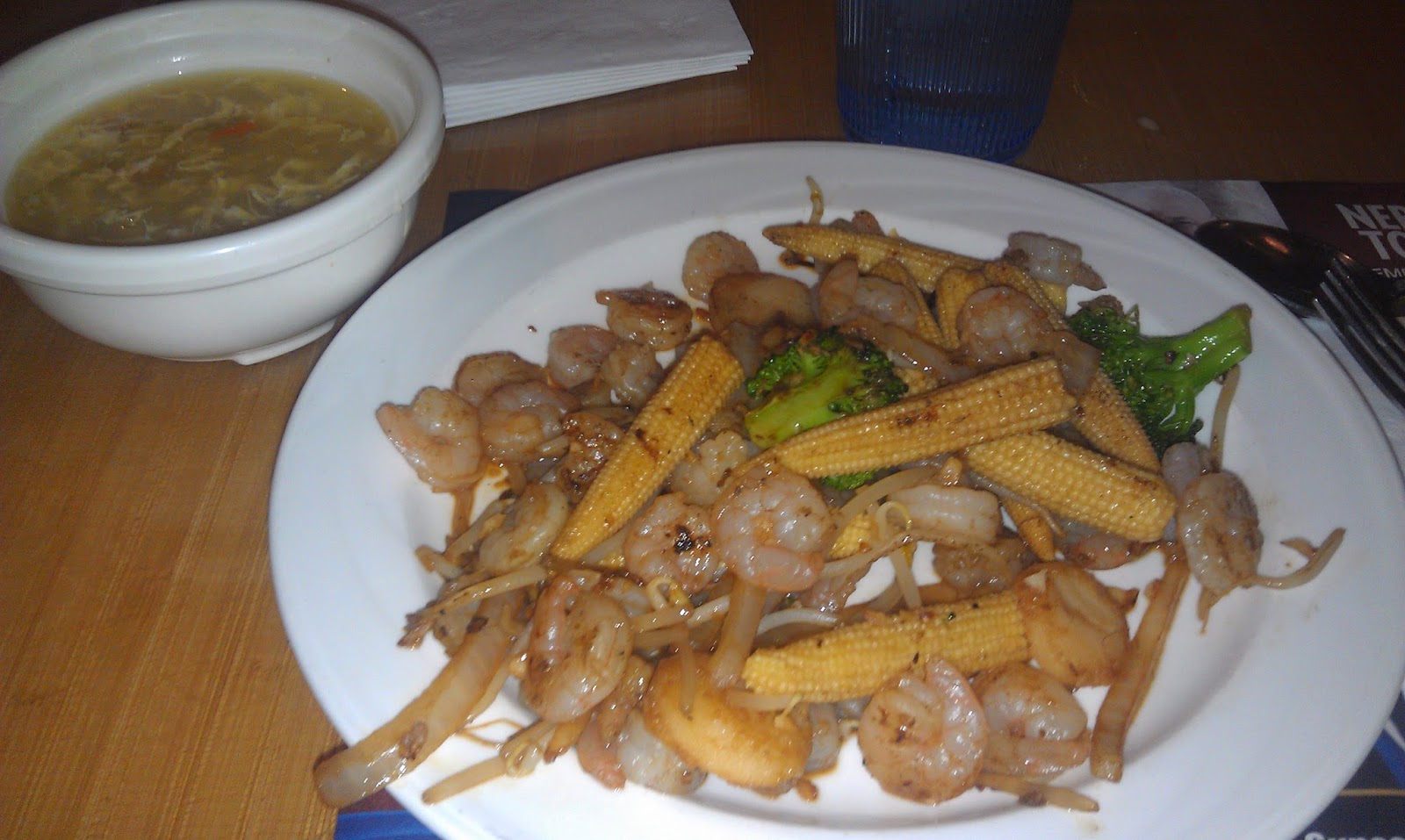 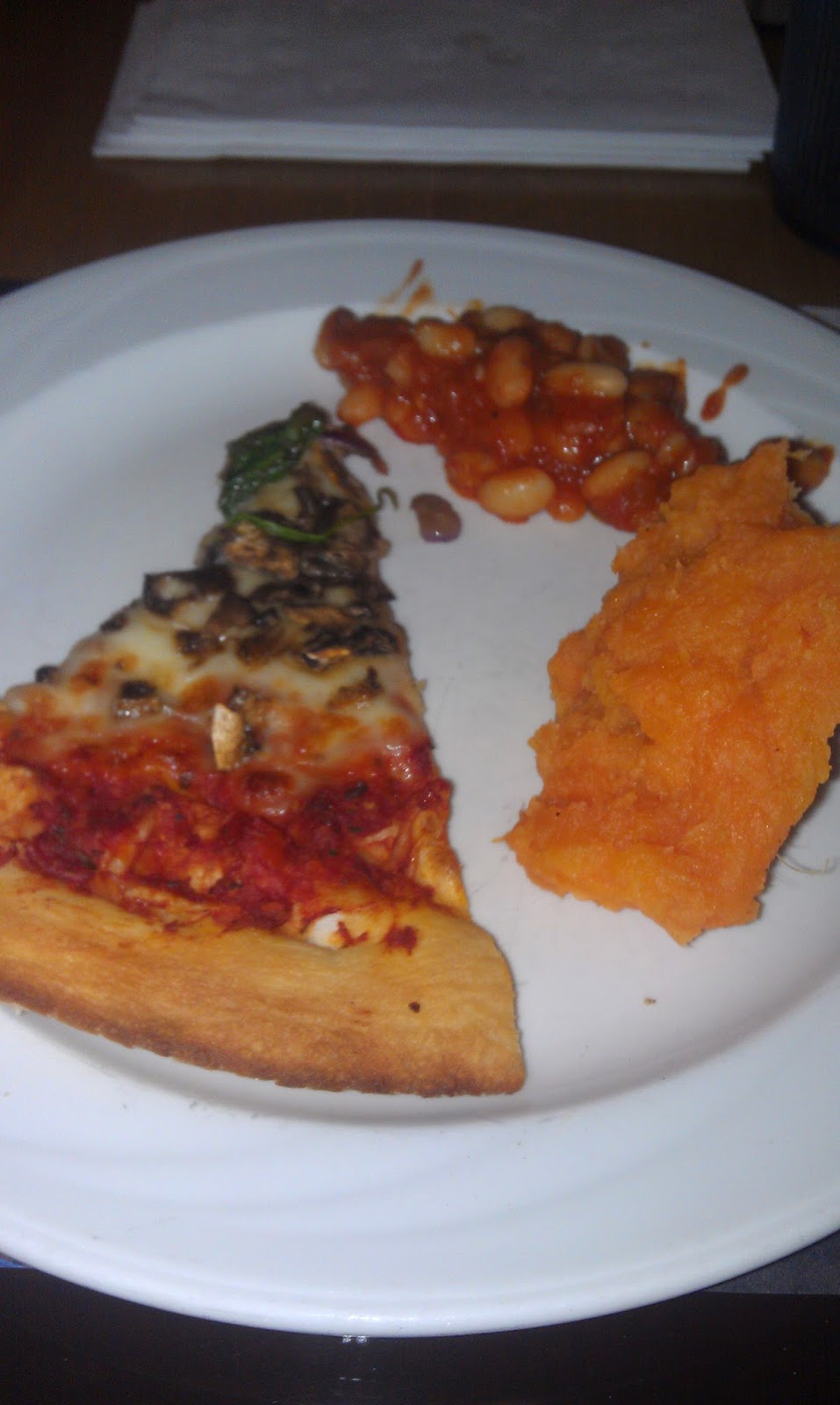 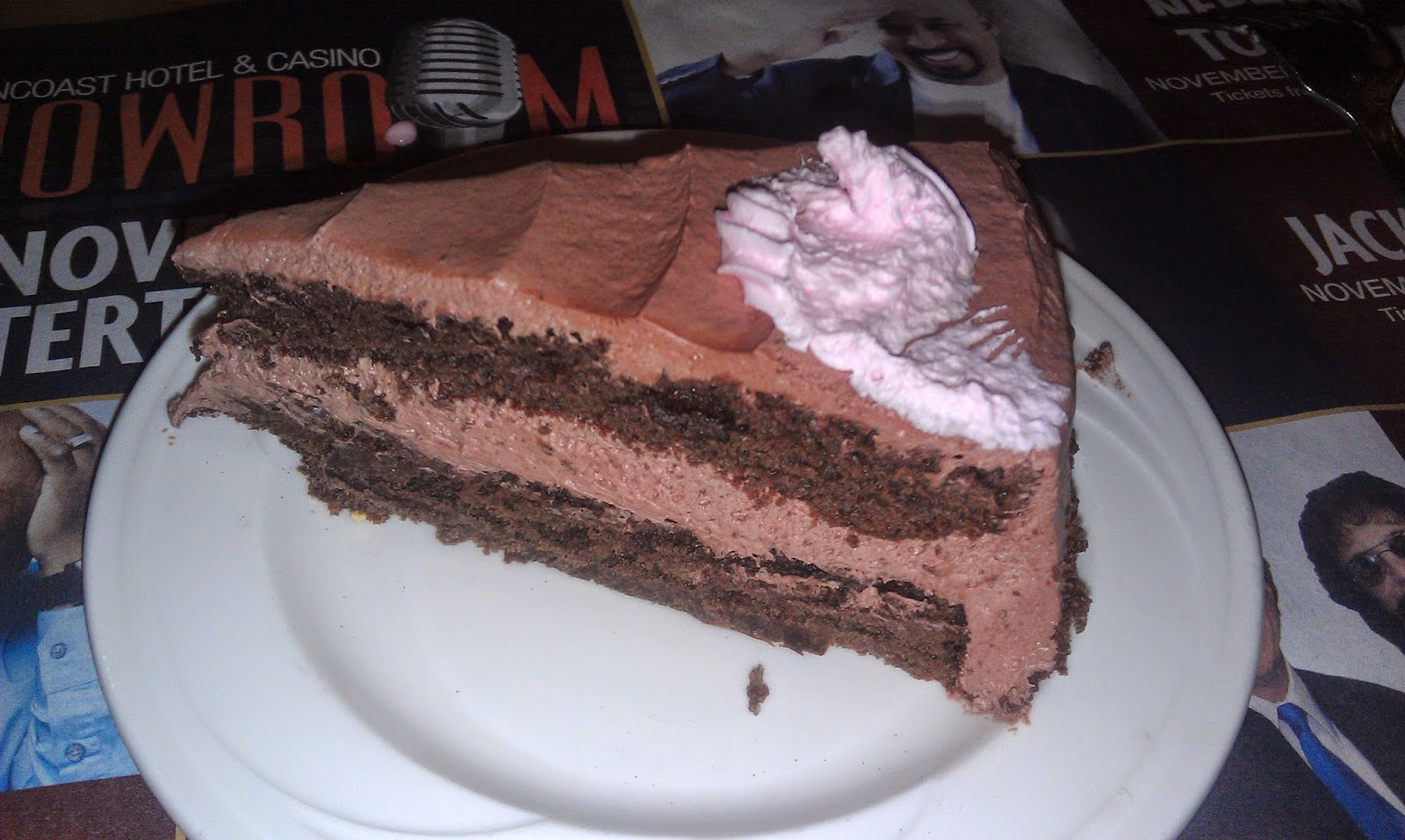 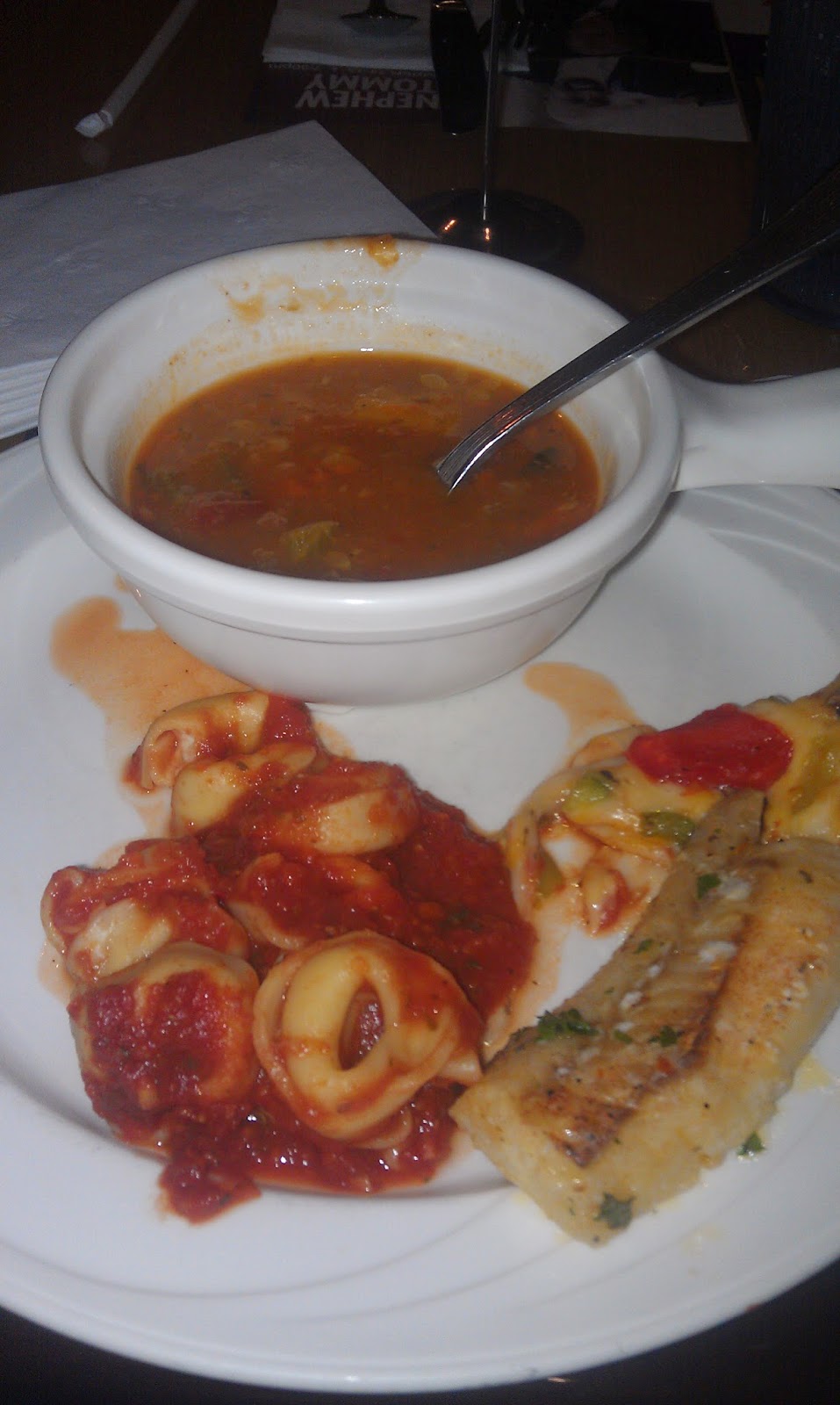 I wasn't exactly starving, but I seemed to have a bottomless pit.

We gambled some more afterwards but my bad luck continued. It just seemed like I couldn't win anything.  After about another 20 minutes and down about $80 we took off back to the Mirage.  We left so late that traffic was free and clear.

We gambled a bit more at the Mirage, but to be honest, I don't remember how well I did.  I think I got a very small profit on Fu Dao Le and was so excited just to make money that I called it a night on a positive note.

I actually slept like a log all night long.  I was so exhausted and it felt good to sleep in somewhat late the next morning.