One of things that I love to do when I am in Wendover is go for a morning run  There is nothing like waking up, traveling up Aria Blvd on the Utah side and heading into the hills.

We've been having some awesome weather of late and while the temperature was in the low 30's, it felt significantly warmer.  I wound up putting on a tech jacket, gloves, shorts and a t-shirt.  I am happy to report I was perfectly warm.

I woke up at about 7:30 and finally rolled out of bed and hit the road by 8AM from the Montego Bay Resort.  I stopped by my car and took a few swigs of water and took off under I-80 and up into the canyons. 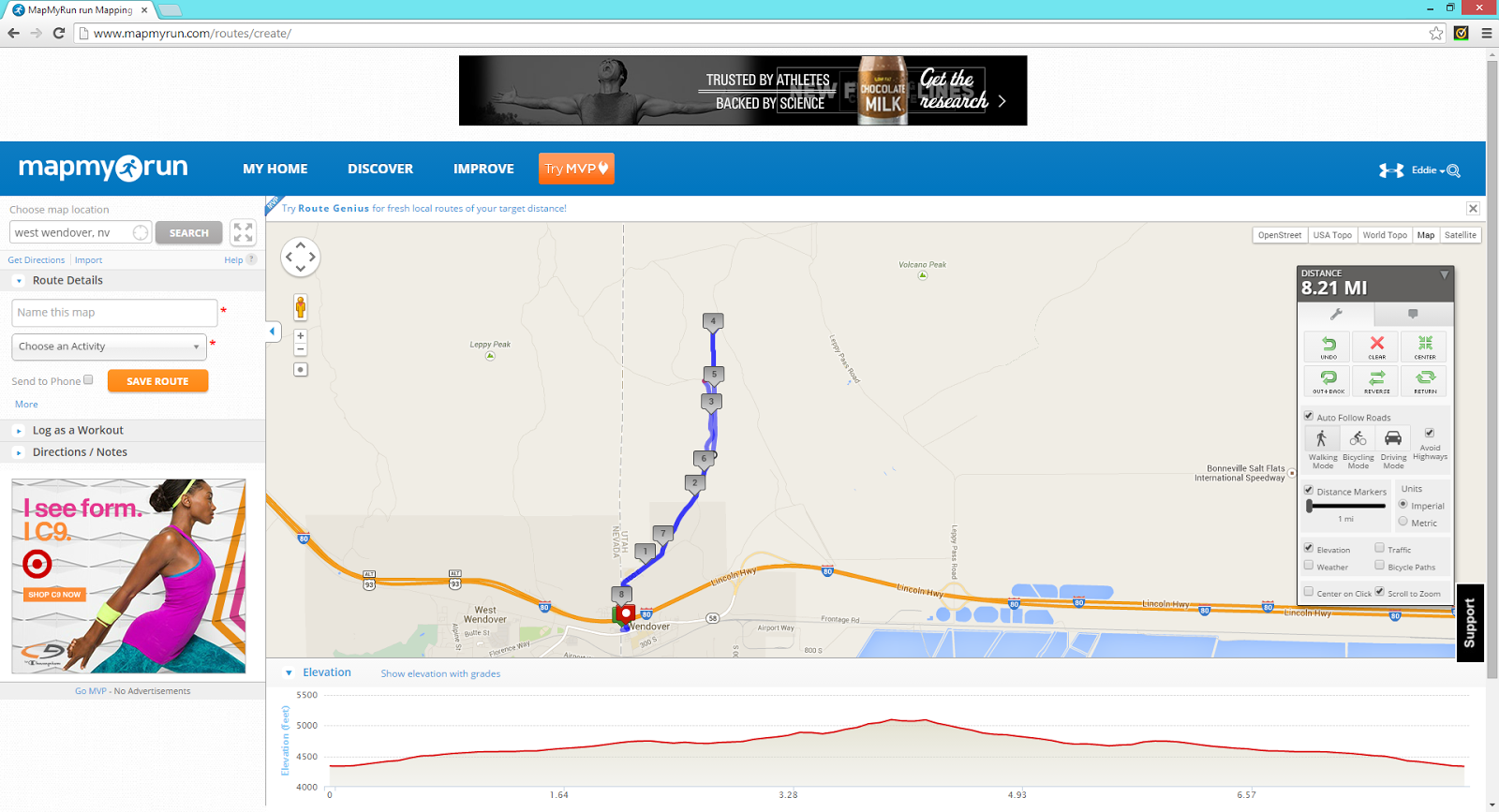 I've done most of this run several times before.  I mostly wanted to see what the terrain was like while hugging the southern portion of the Leppy Hills.  One of my goals is to run around the mountain: a jaunt of about 15 miles total.

I am a little nervous about this as you do lose cell phone connection once you get behind the mountains.  If / when I do this, I'll be sure to carry plenty of fluids / gels.  The ATV trails are easy to navigate (in most cases) but there are some significant climbs.

I felt a little sluggish from yesterday's 5K but after a mile or so I felt fine.  I was really enjoying the sunrise over the southern salt flats: 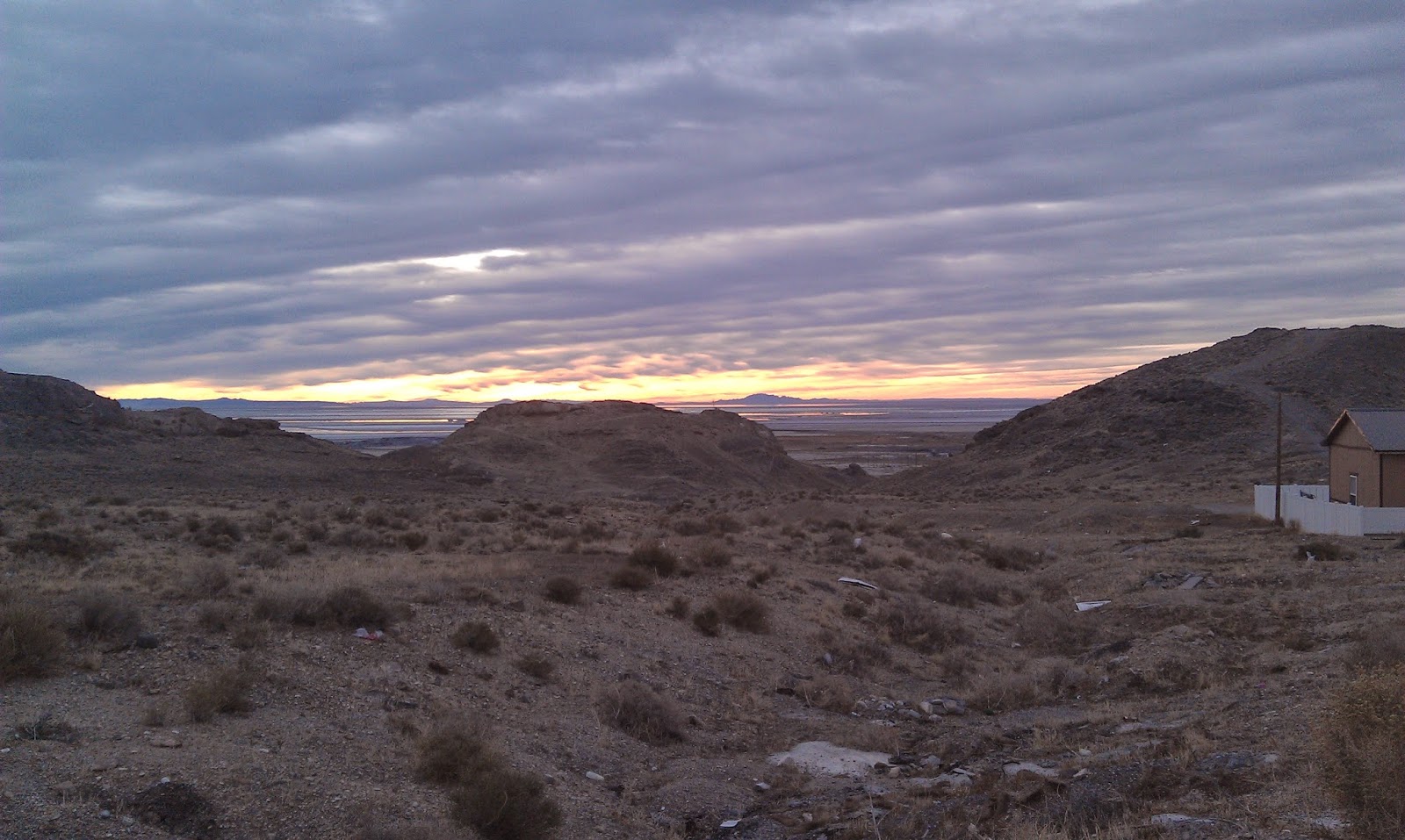 After a few miles in, I was greeted by my trusty friend, Volcano Peak: 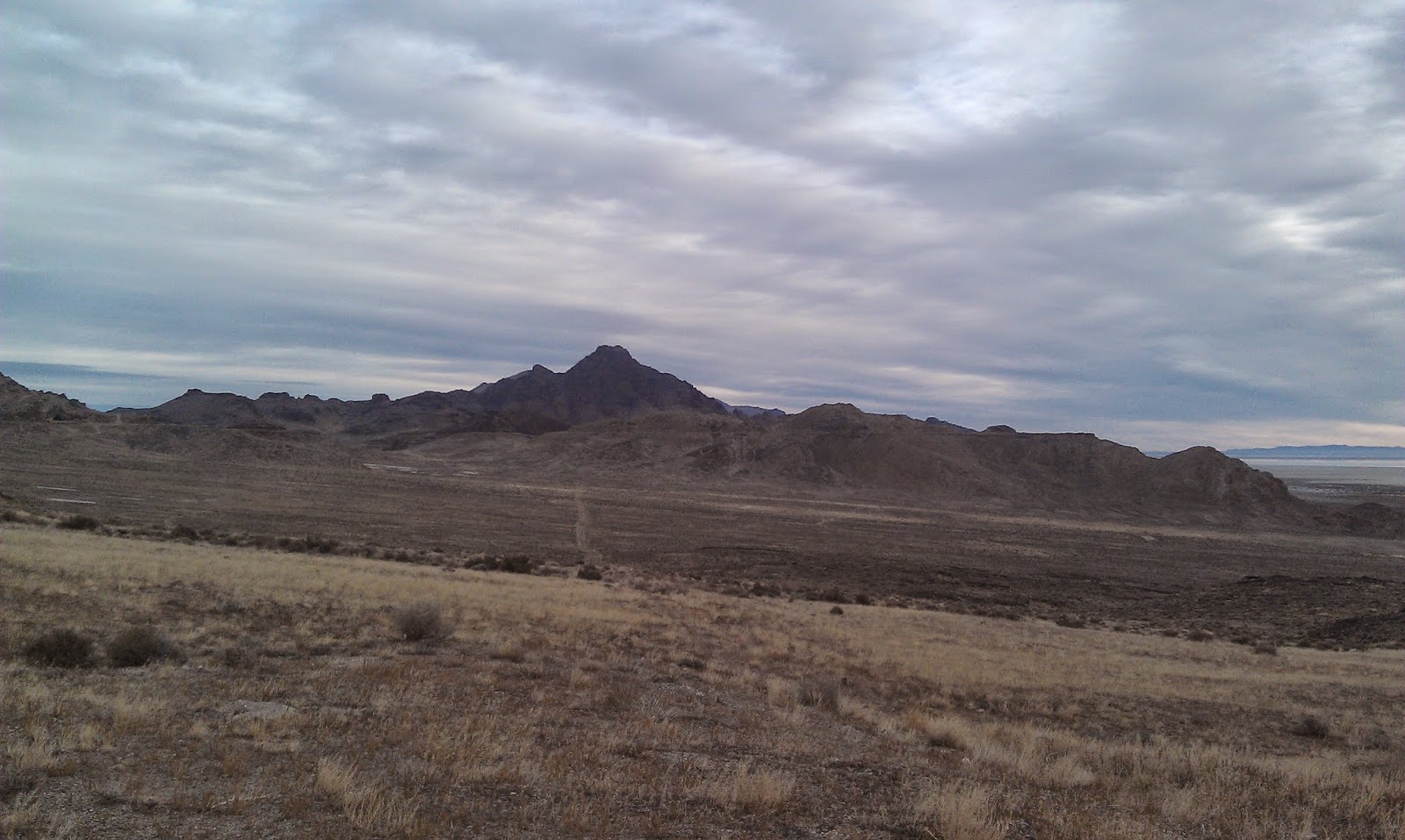 I wound up deviating a bit to the north and east.  I was trying to reach a point where I could see the salt flats from this portion of the canyon and I largely succeed.  I did a little trail blazing (mindful of rattlesnakes) and after a series of really tough climbs I managed to reach a glorious view of Rishel Peak:


It took me a good 45 minutes to reach that point and I spent a good amount of time enjoying the view.  I made excellent time in getting back to the Montego Bay because the trip back is largely downhill.

It is a little unnerving out there.  You can hear the hum of the traffic from I-80 in the distance, but there is very little living things out there.  I've never seen another person and while I've seen a bird or two, animal skat and evidence of teen parties, it's always sort of scary.  But solitude can be nice. 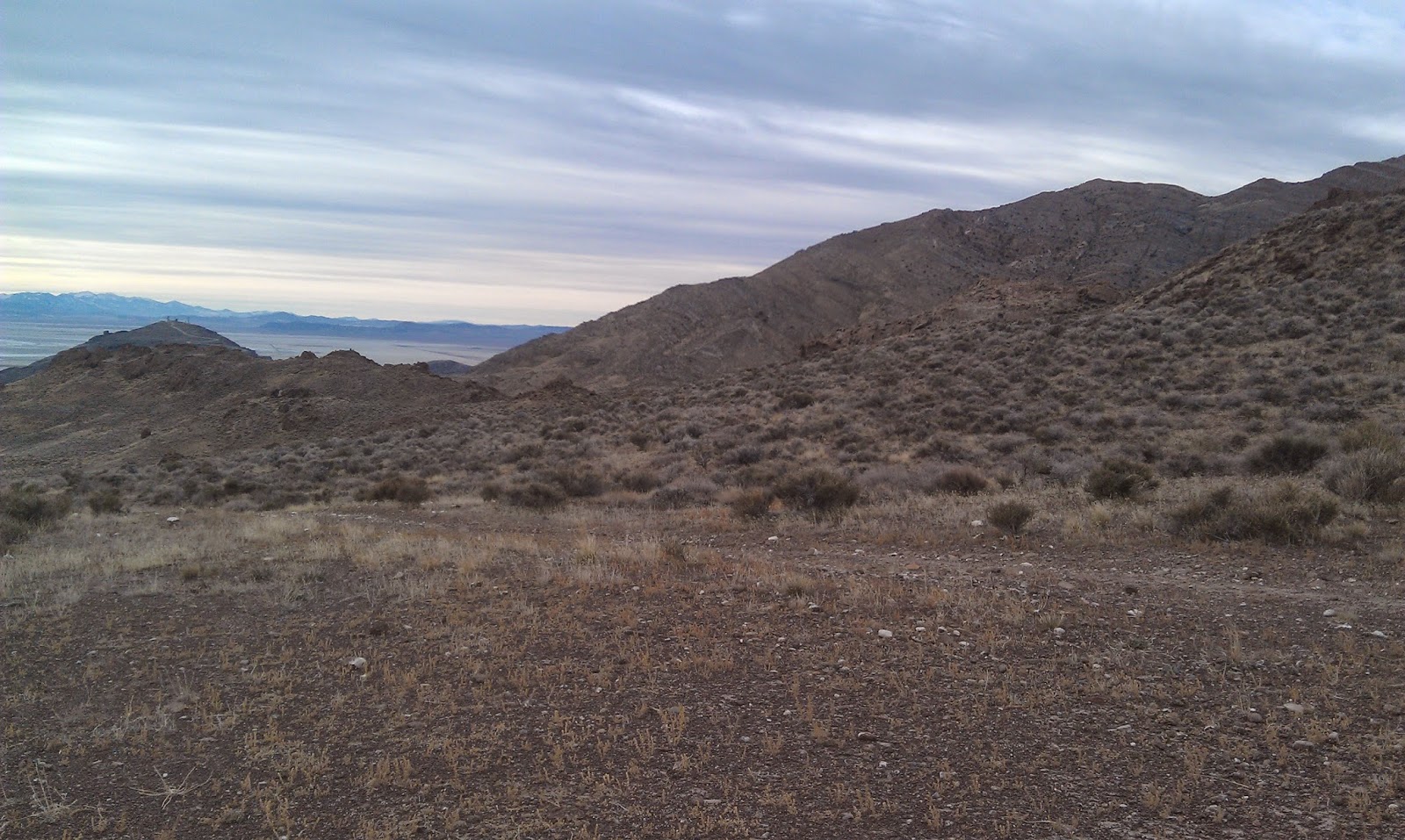