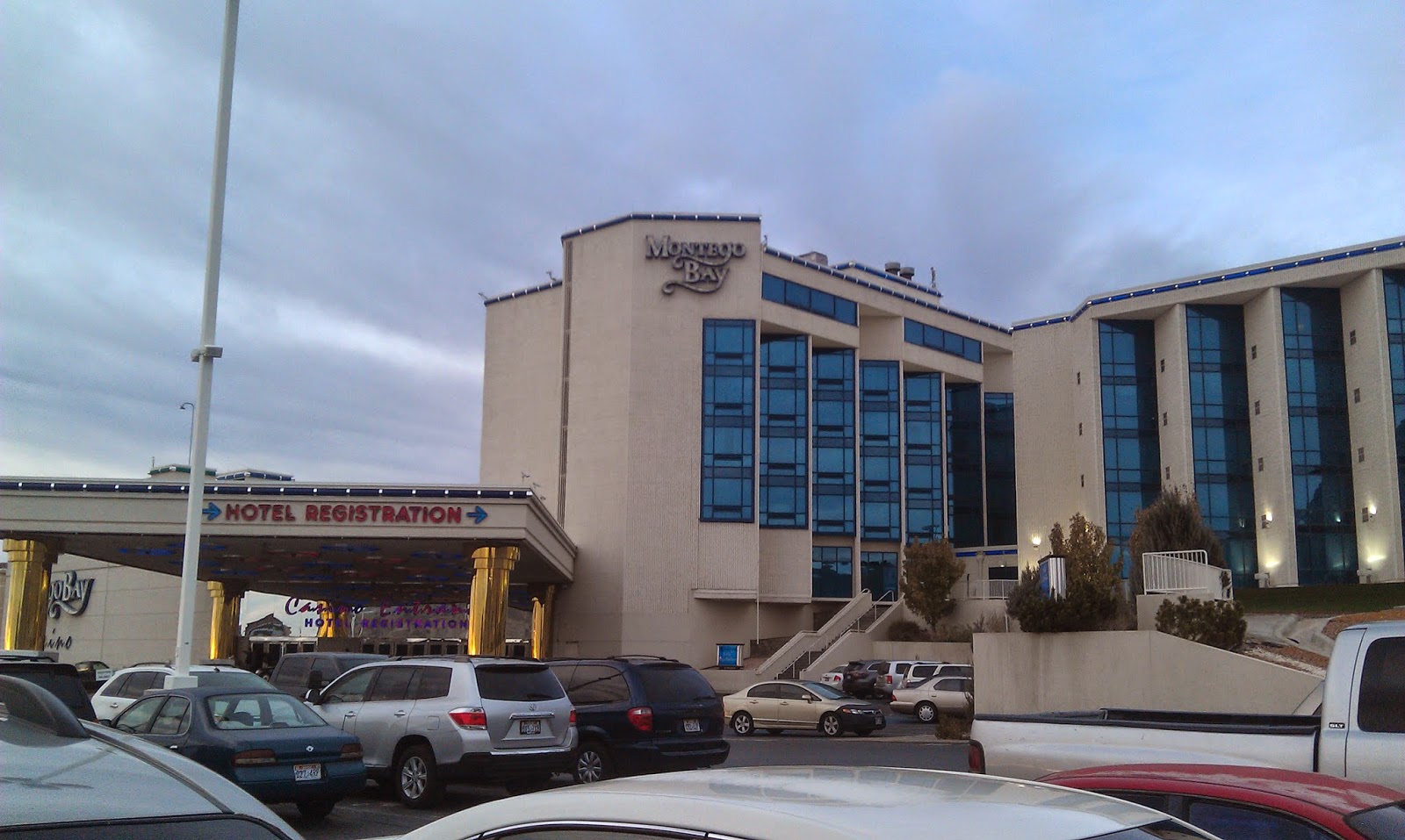 Well, with Thanksgiving upon us, Shari and I decided to hit up Wendover for a quick getaway.  We don't have any family out here so Thanksgiving really isn't something we get together with people with anymore.

It was my birthday and I could call the shots, and I did.  I started the day out with a 5K Race in Bountiful, came home, showered, threw some clothes into a bag, grabbed a quick bite to eat and hit the road by noon.

We've been blessed with some awesome weather and the ride out there was a snap (traffic was a little busy up until Tooele, but after that it was smooth sailing).

We arrived just shy of 1:40 on Thursday. and the parking lot was actually pretty full.  The Peppermill concert hall had a sold out show that evening (Saigon by Night) and there were a bunch of other empty nester types there eating and gambling.

We took care of our bathroom needs and activated our comps for the day (3x).  Upon swiping my card, I got $20 worth of resort credit for it being my birthday (Thanks Wendover!) I also printed out a 50% off buffet coupon and my $10 in free play.  I was surprised they honored the coupon for the buffet because they had raised the price of the buffet given it was a holiday with premium offerings.

We jumped in line and got seated within about 7 minutes.  I was absolutely ravenous, having only had a Power Bar and a bagel all day.  The cost of the buffet for both of us: $20.

We were lucky to have gotten in when we did.  About 10 minutes afterwards the line was backed up with about a twenty+ minute wait.

Here is the food I ate: 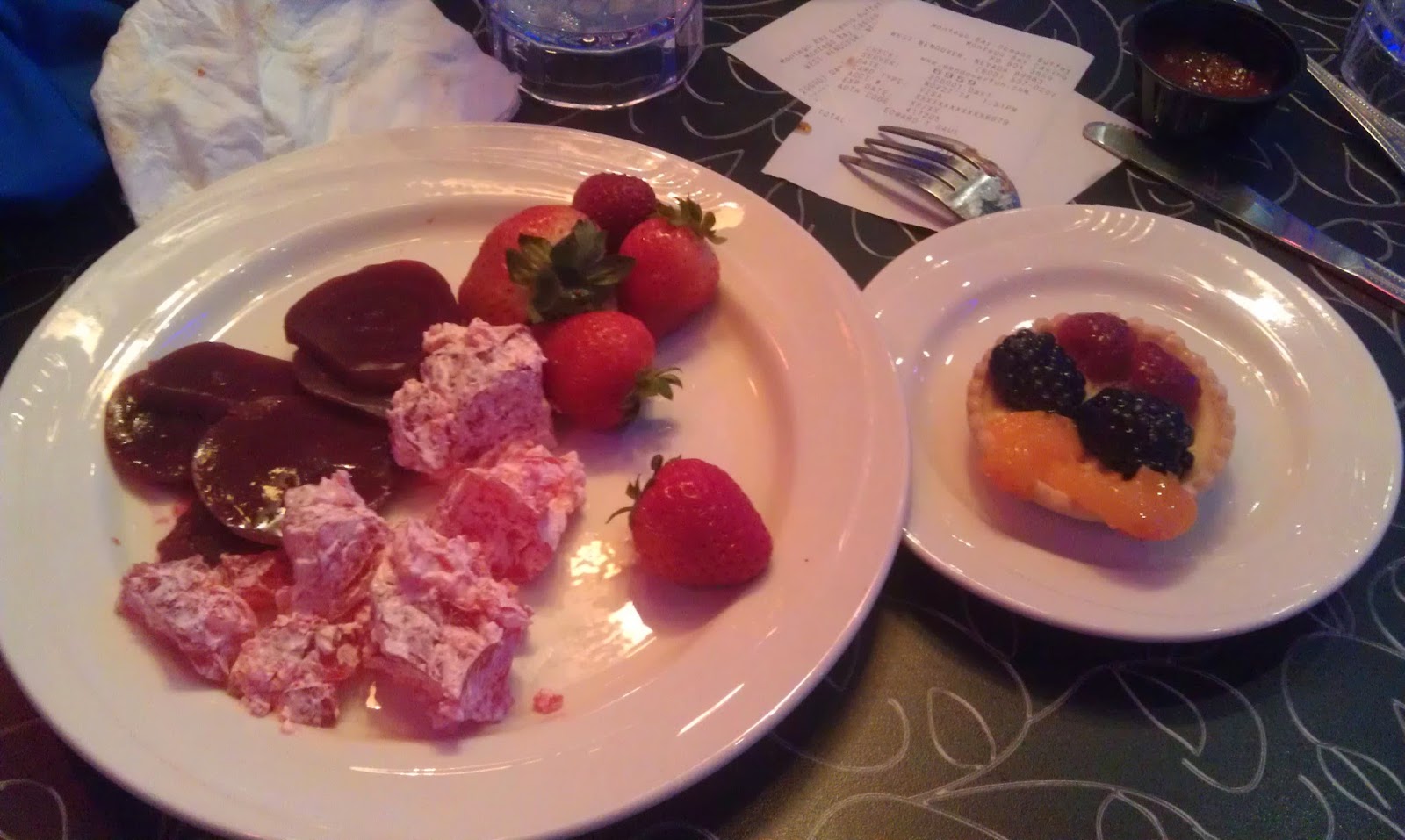 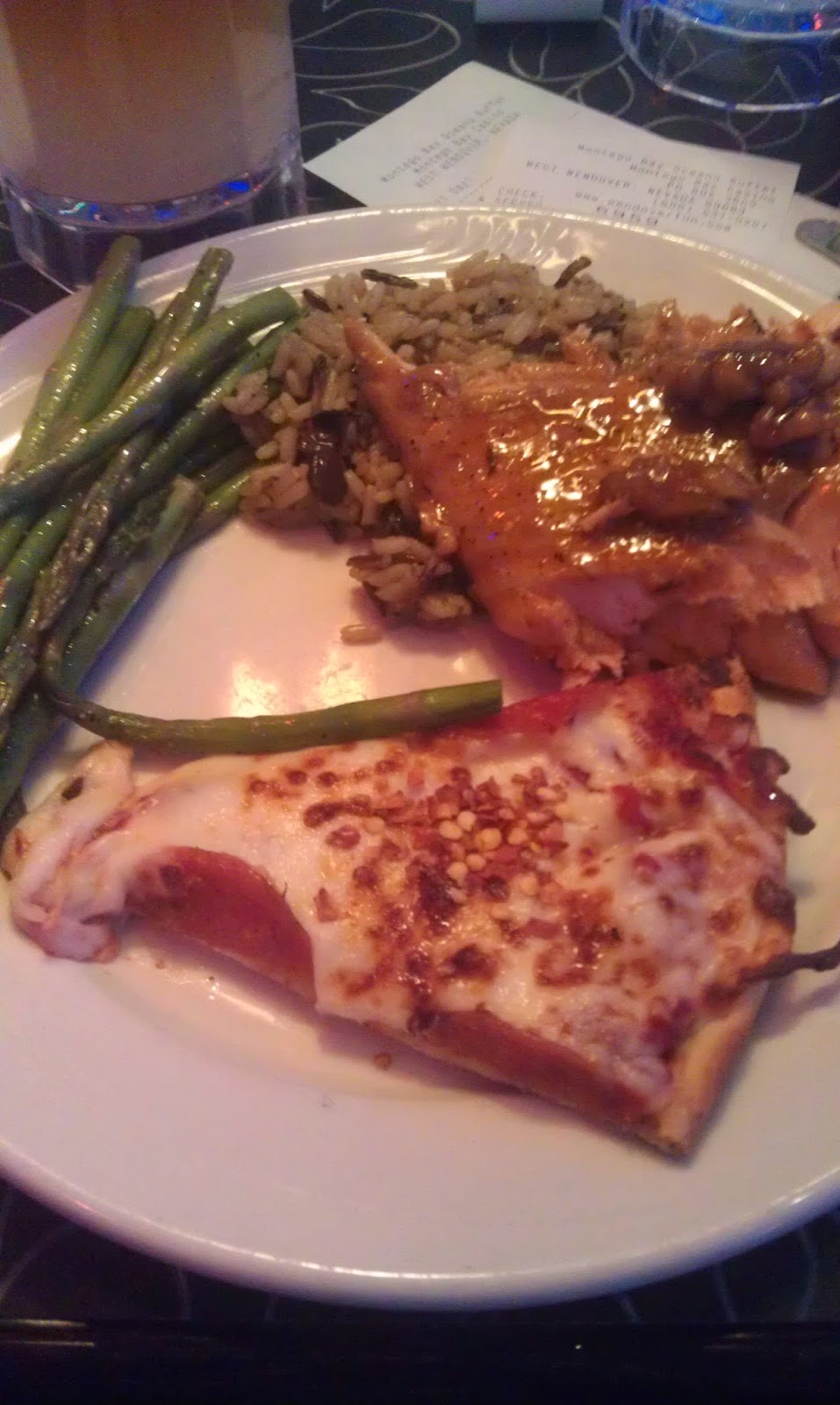 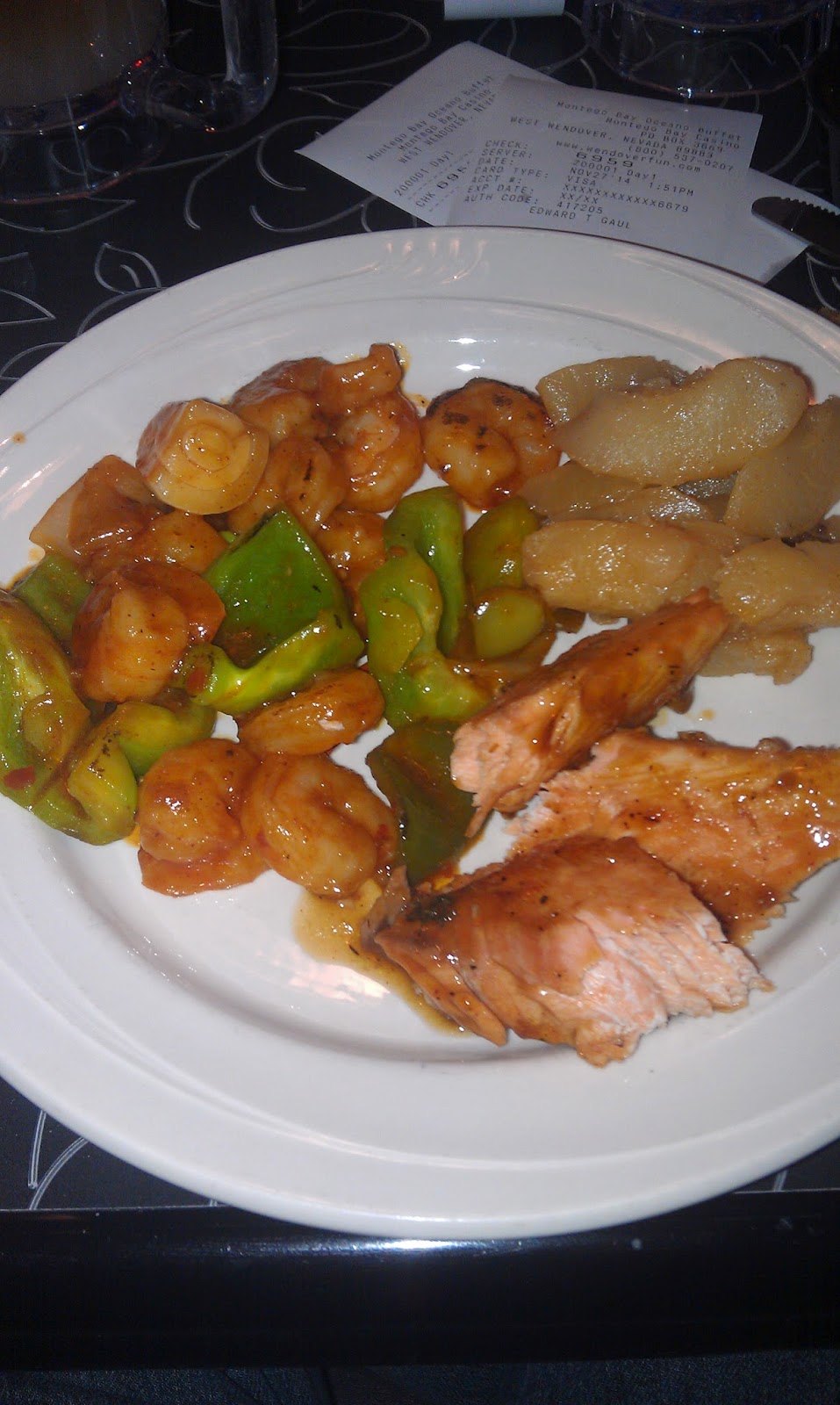 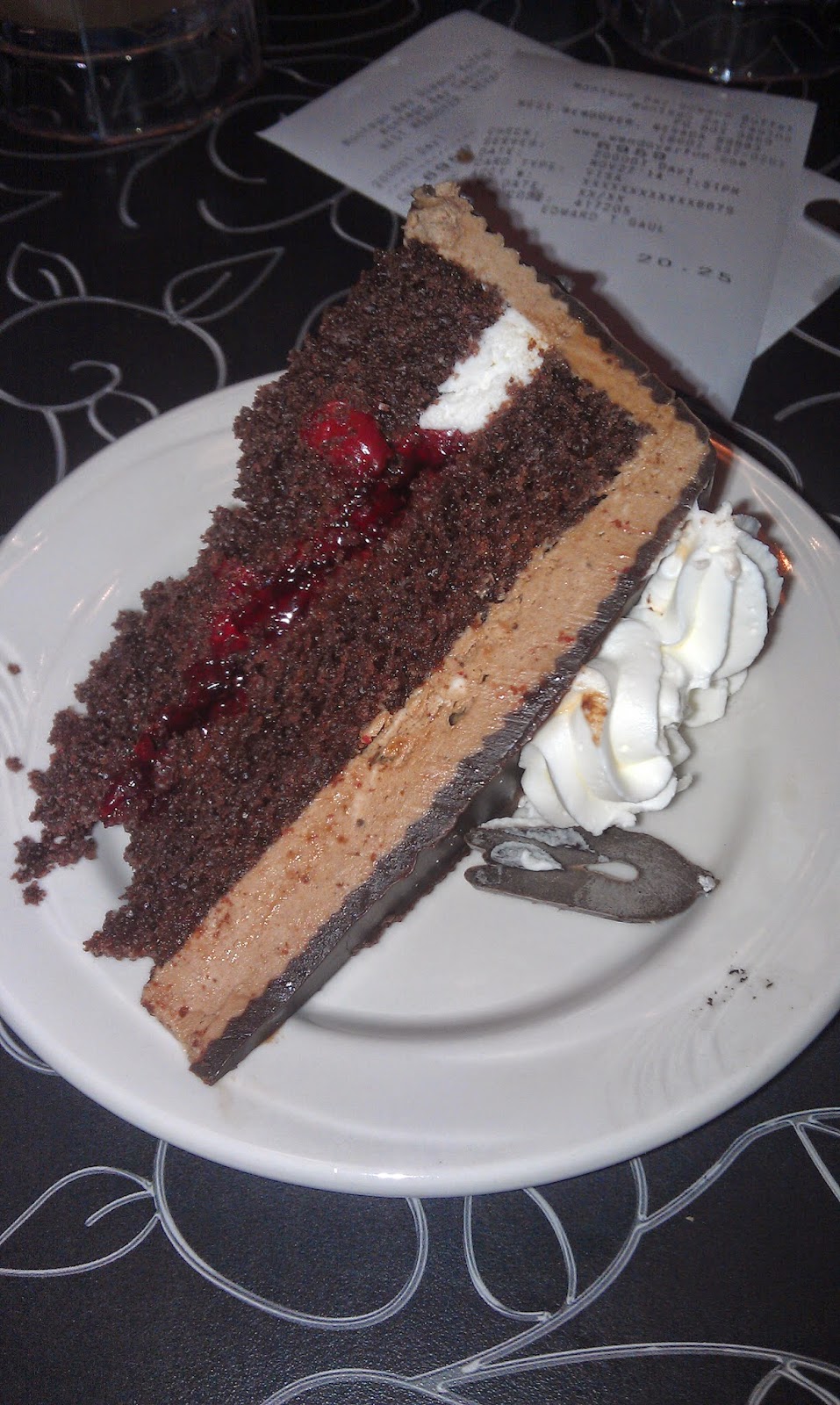 I don't eat turkey (or chicken, port or beef for that matter)  - I haven't since the early 90's so I definitely cleaned up on the seafood.  After putting myself into a food coma we decided to do some gambling.

I loved it when I put my card into a magic and it would wish me a Happy Birthday.  Pretty funny actually and a nice touch.  Only the new machines did that.  Initially I went on a tear winning some small amounts.  Nothing to get super excited about, by the Fu Dao Le gods definitely were wanting me to have a happy birthday.  I mostly had good luck at Montego Bay and Peppermill. 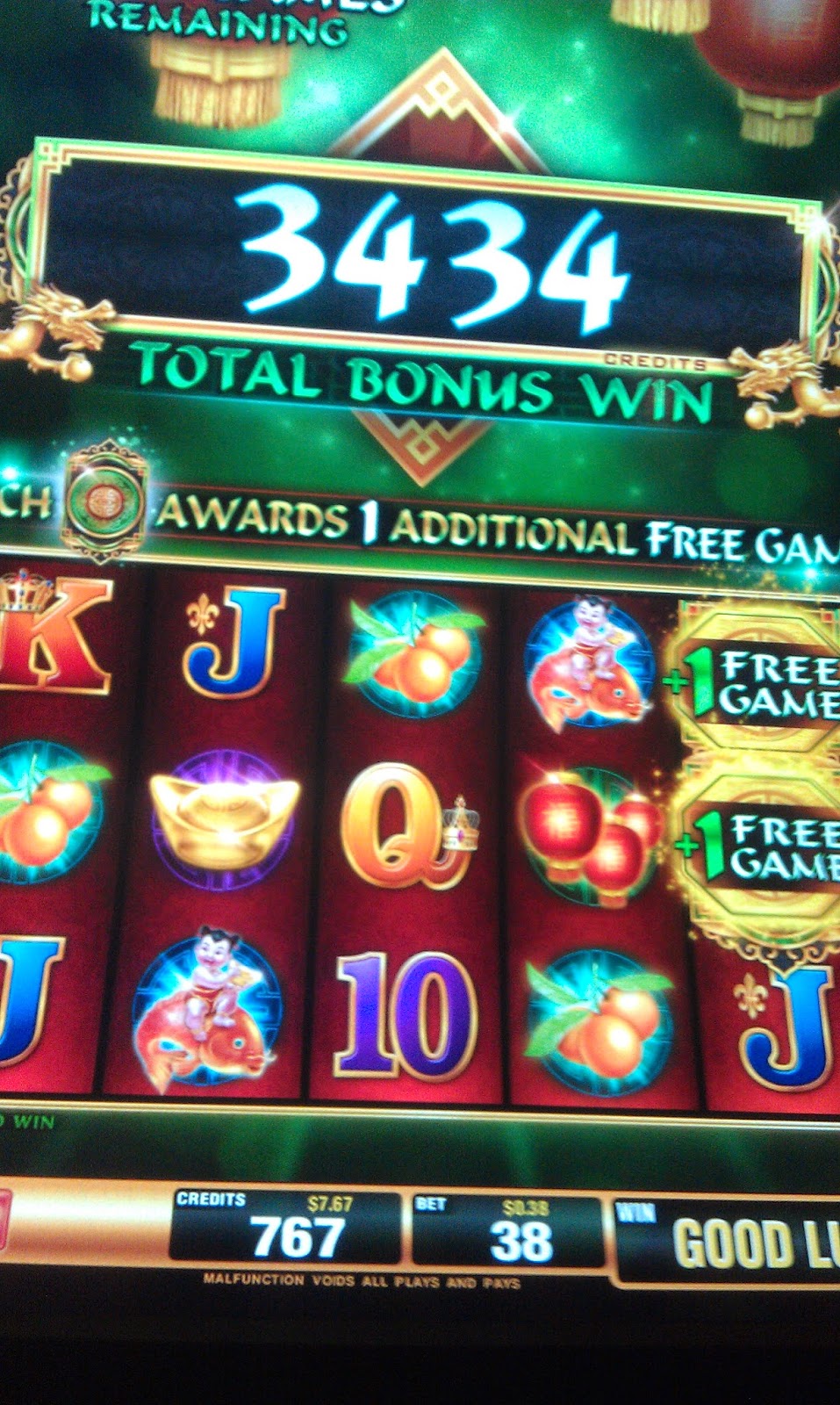 I am happy to report that Montego Bay did get a bunch of new machines.  In each of their resorts they had at least one (and sometimes two) new banks of Bally machines.  They also had a cool Wonder Woman game that I was itching to try (featuring clips from the 1970's show).

My luck eventually started to turn and my mighty profits were starting to take a tumble.  It got a lot worse when I went to the Rainbow.  I never have any luck there.  I am also sad to report that they closed their poker room.  Now there is just Montego Bay's (which I think only has no limit games) and the Nugget. 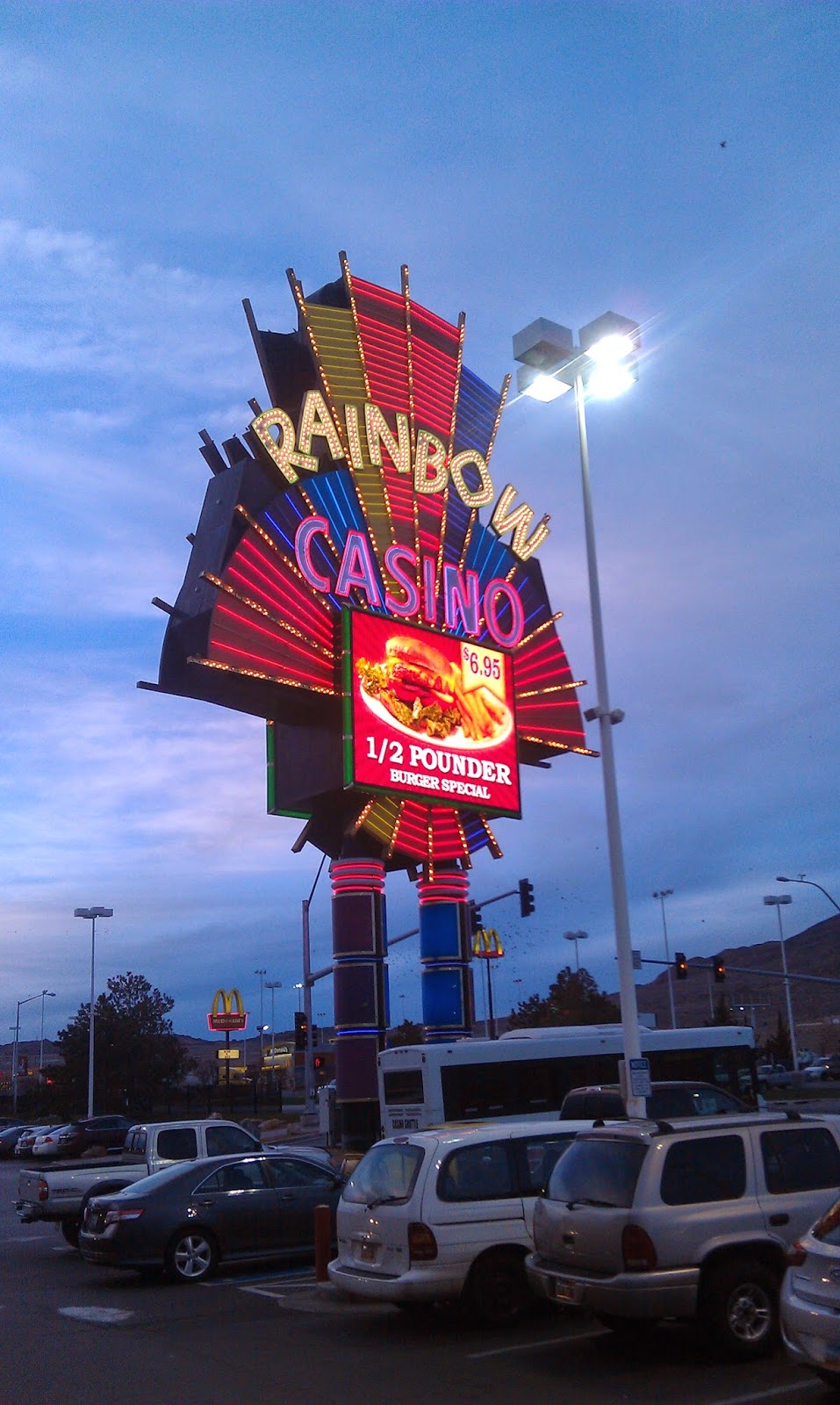 After taking a beating (we were down about $100 for the both of us -- Shari had had zero luck) we moped back to the Montego Bay and got our free room.

I headed out to the Jacuzzi and took a long soak.  The weather was absolutely perfect (low 40's with no breeze).  I had the place to myself and it was really enjoyable just to sit and relax. 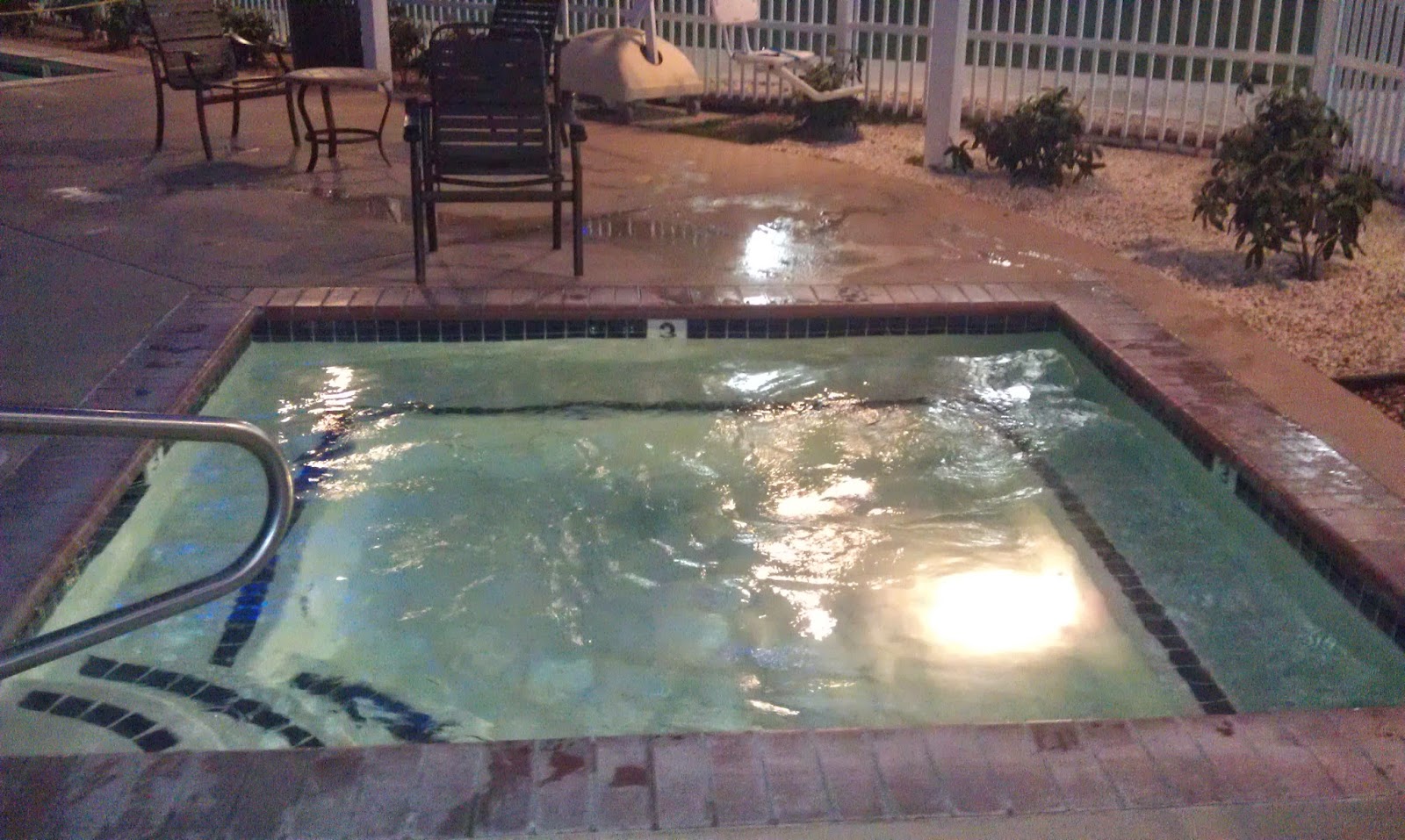 Both of us were still pretty full from the buffet.  While we had comps to get another buffet we opted instead to go to the cafe.  This was about 40% cheaper than hitting the buffet and it turns out the portions are huge (I barely finished mine):

I got up early and did my traditional run in the desert.  Before I did though, Shari encouraged me to take $20 and put it into a machine.  After activating my card for the 5x comps, I hit up a Fu Dao Le machine. She is under (the false) belief that machines are hot after being paid a lot so I put $20 and wound up making a small profit on Fu Dao Le.  Nice way to start the day.

When I got back Shari put in some money into one of the new machines called Cool Jewels.  It is made by WMS and seems to want to jump on the Bejeweled / Candy Crush fascination.  It is fun to watch.  It seems like it gives a fair amount of your money back and you can play for a while on it.  Shari racked up a lot of nice casino points while on it and even managed to make a profit. 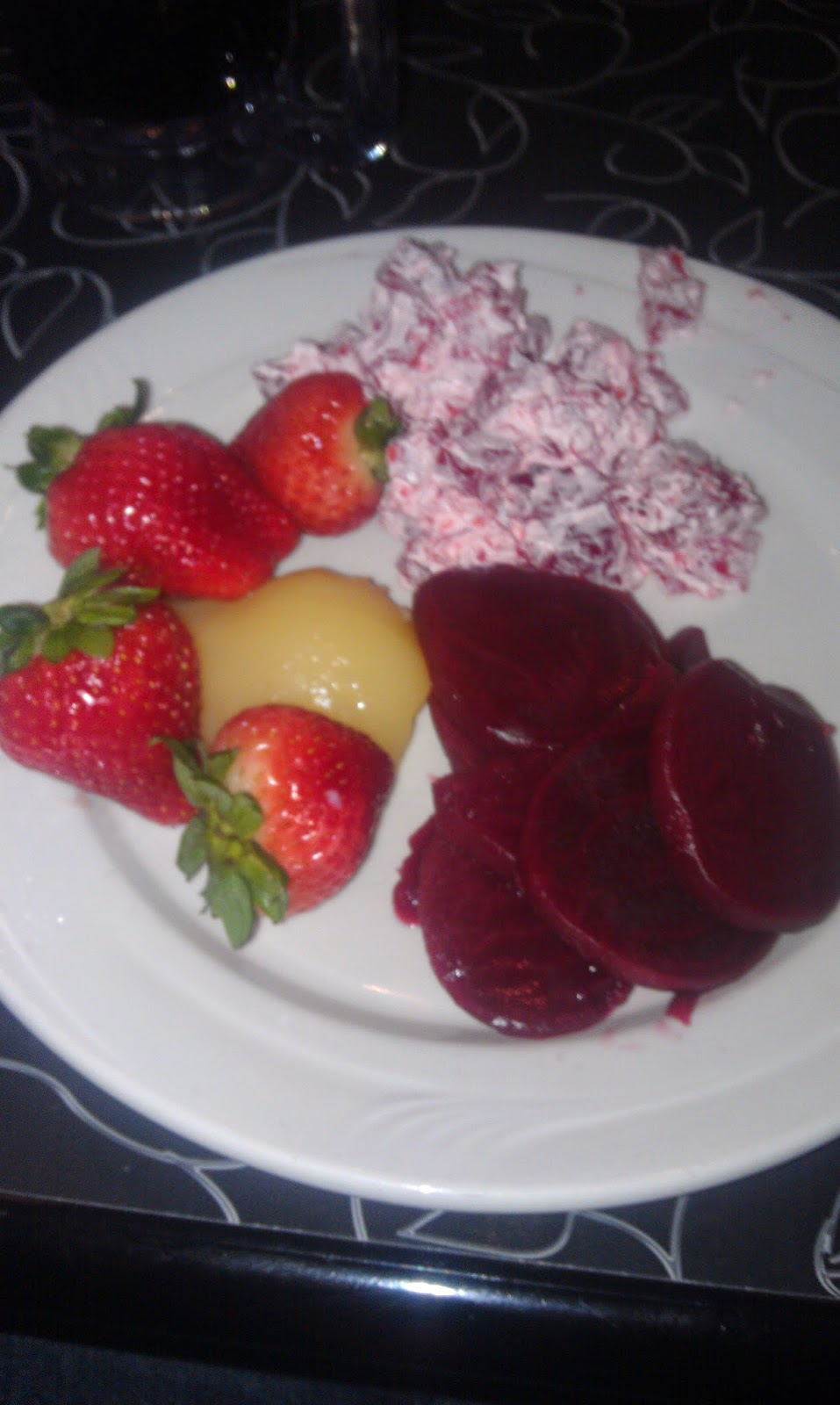 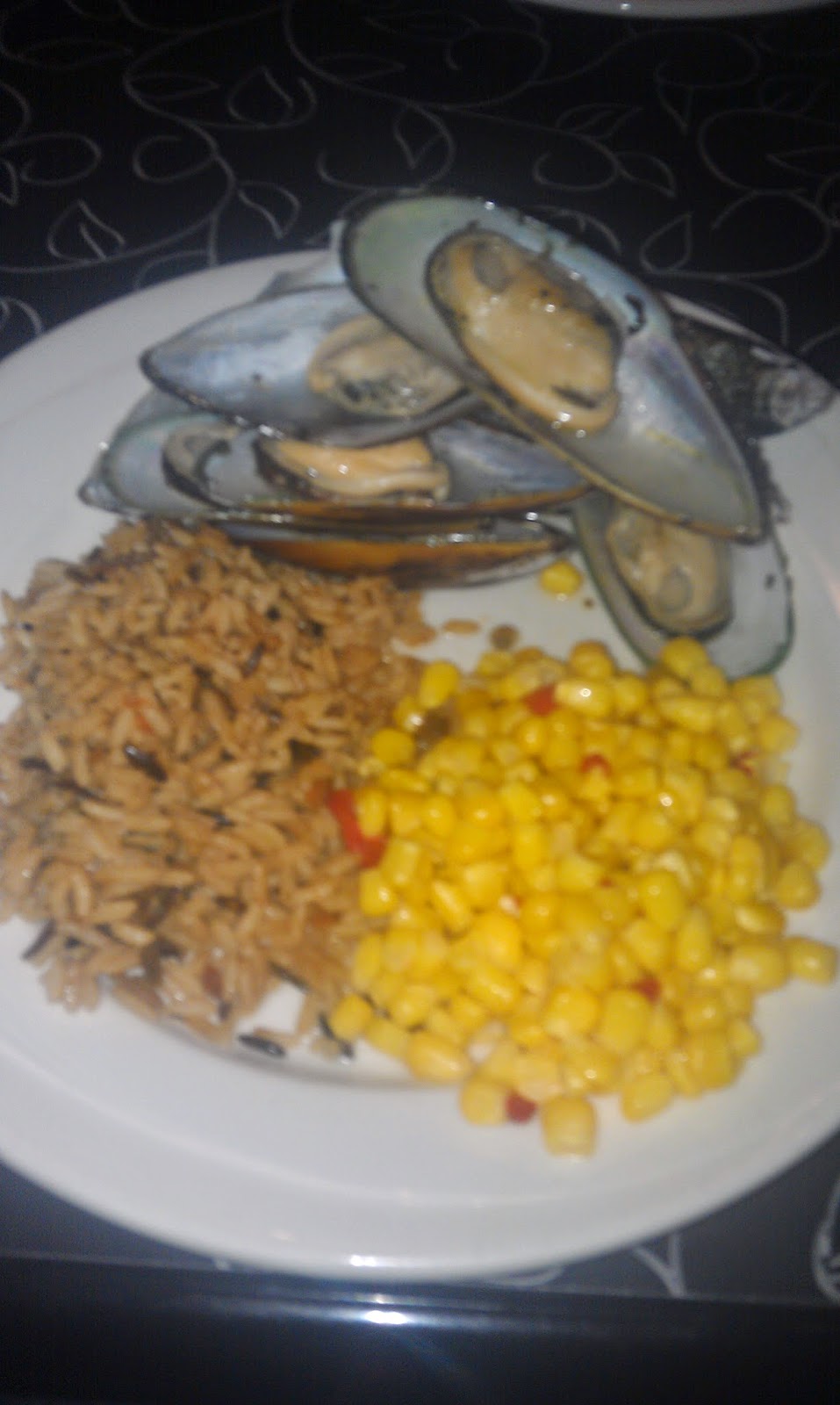 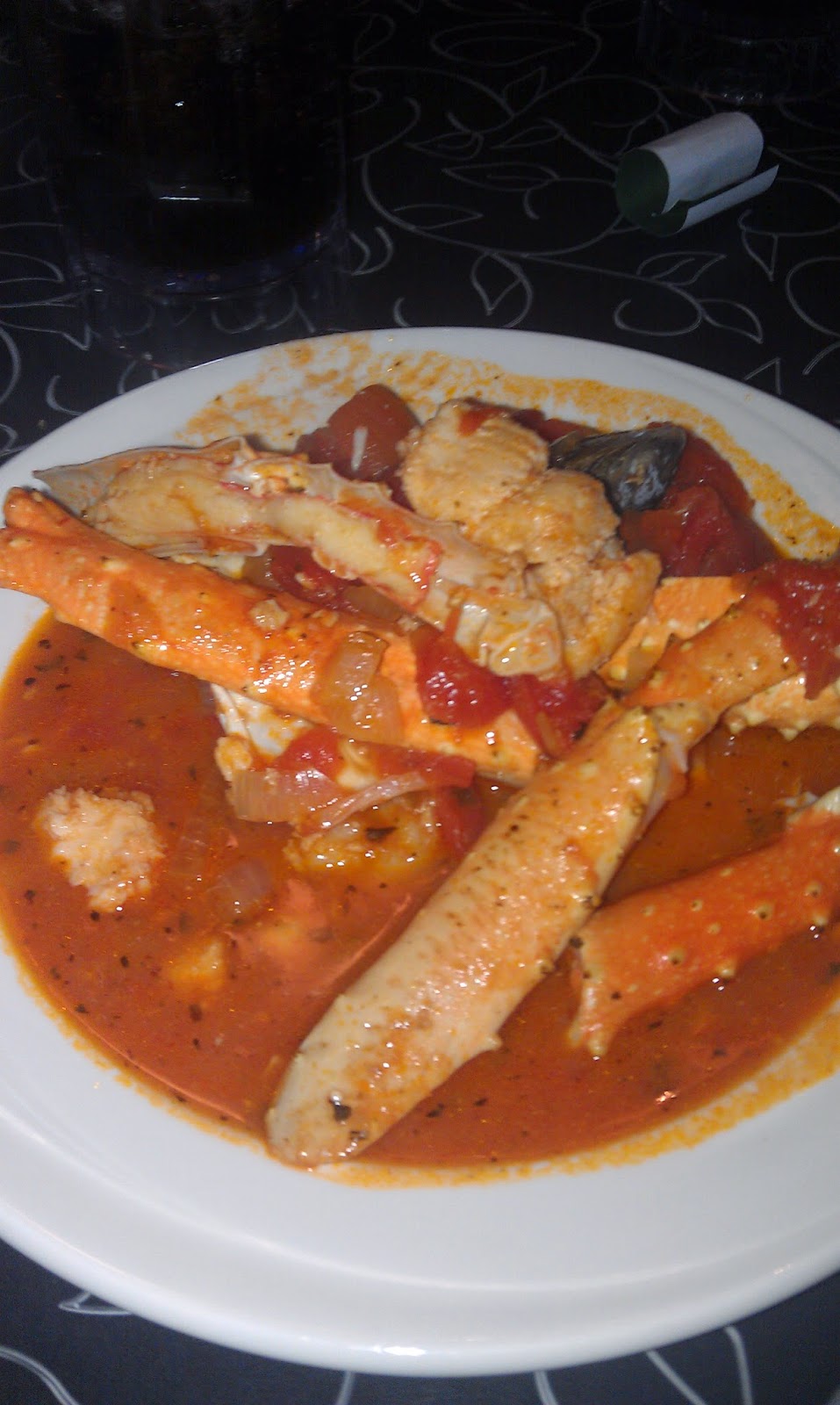 After eating I did what I've never really done before.  I went up to a Dragon Rising Game and put in $100 and bet max.  This is one game that you really have to bet max ($2.75) on to really make money on.  I've watched people play it and you can do well on it but the trick is to bet the maximum because the best pay outs only come from max play.  Normally I am a low roller, but I figured why not.

Four spins later I hit the bonus round and I was $80 richer.  Yeah me!  I wound up playing a bit more on it before cashing out with a tidy $50 profit. 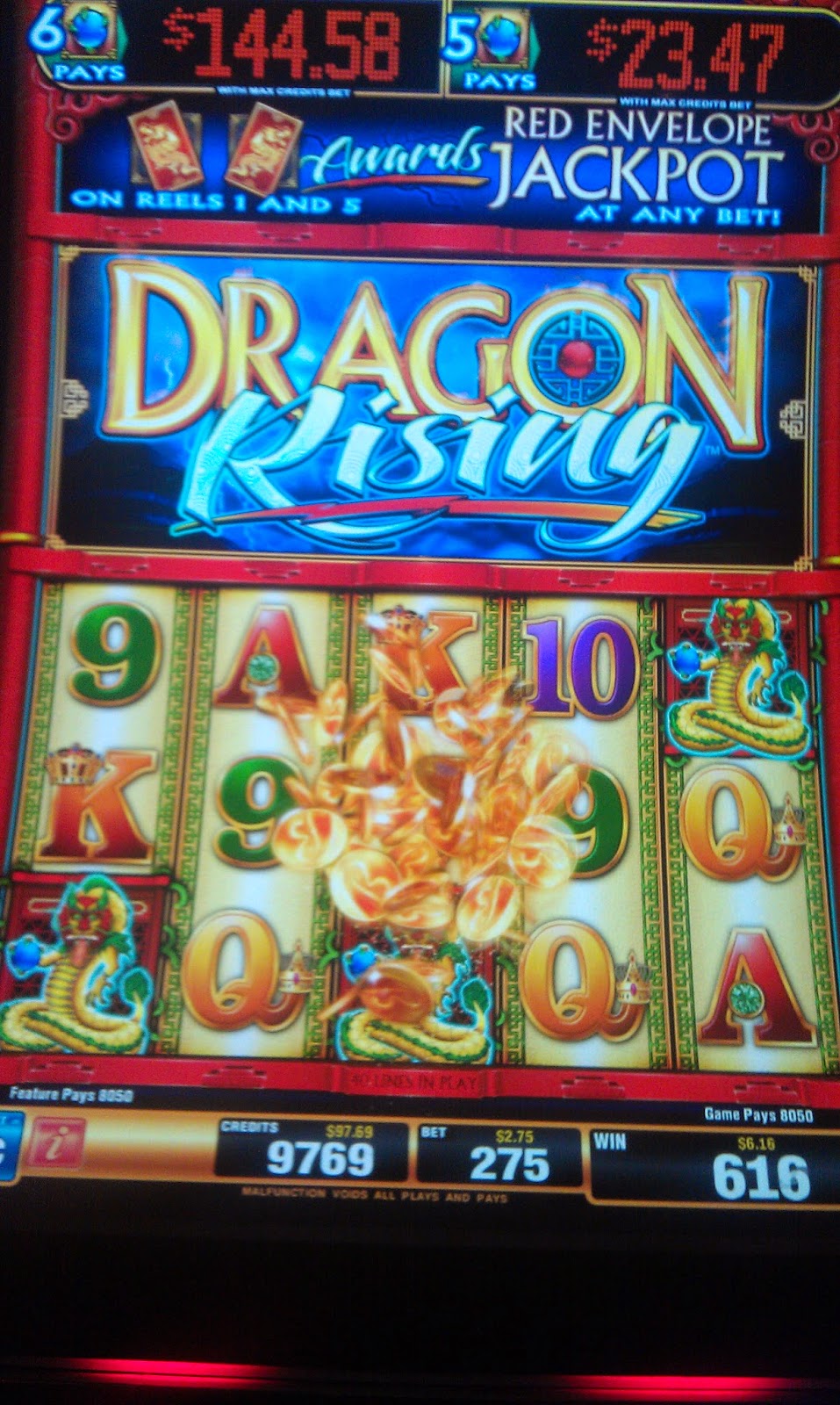 We gambled a bit more but my profits were slowly dwindling.

We briefly talked about going to Elko for the night.  We were already half way there and with the roads as clear as they were I figured why not.  However, I really didn't want to go if we weren't winning.  I am sad to report we didn't go and we weren't winning.

We headed over to the Peppermill and I couldn't win for the life of me. Shari had some luck on her Cool Jewels game but put all of it back into a Rise of Ra game.  She was betting aggressively too, hoping for a bonus round, but the machines at the Peppermill were incredibly tight. A lot of other people were winning, but sadly luck wasn't on our side at all.

We hung out there for a few hours before deciding to head home.  We did make reservations to come out during Christmas, so we'll be there as well.  Free rooms too.

Totals:
Food: about $40
Gambling Loss: about $200 for both of us total.
Room: Nothing.
Fun trip and I loved running the desert.  Wish the gambling gods were kinder to me.  I ate extremely well too...