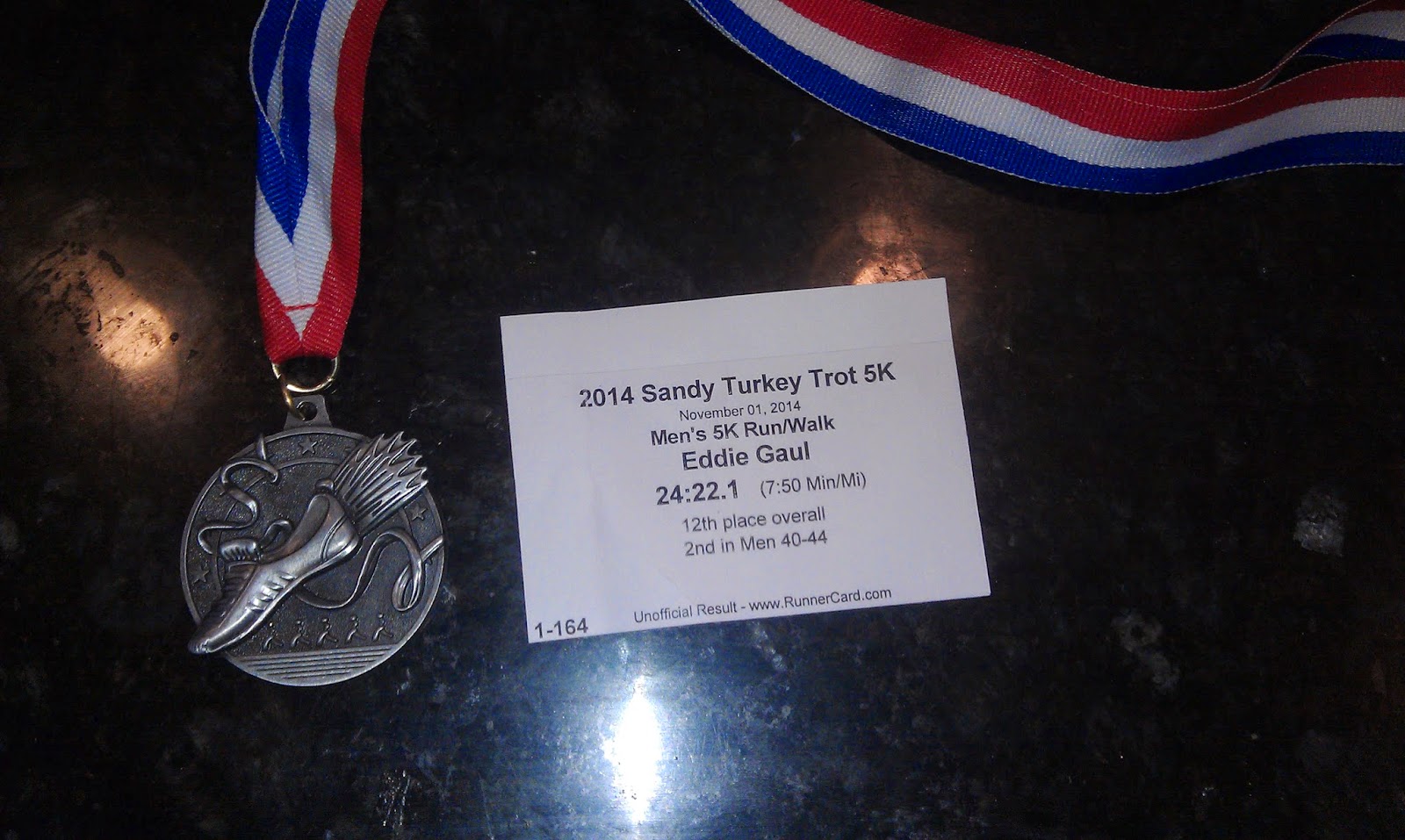 It has been a while since I've done a 5K.  The last one I did was the Sandy City Midnight Moon back in early August.  I've done a lot more longer races (I've been on a serious racing / mileage binge of late), so my speed is noticeable down.  I didn't have super high expectations of myself, but I certainly felt I could show up and run a decent race.

For $20, I got a pretty nice t-shirt (cotton though) and a good race experience.  Also it is about 10 minutes from my home, so it is a low stress event. 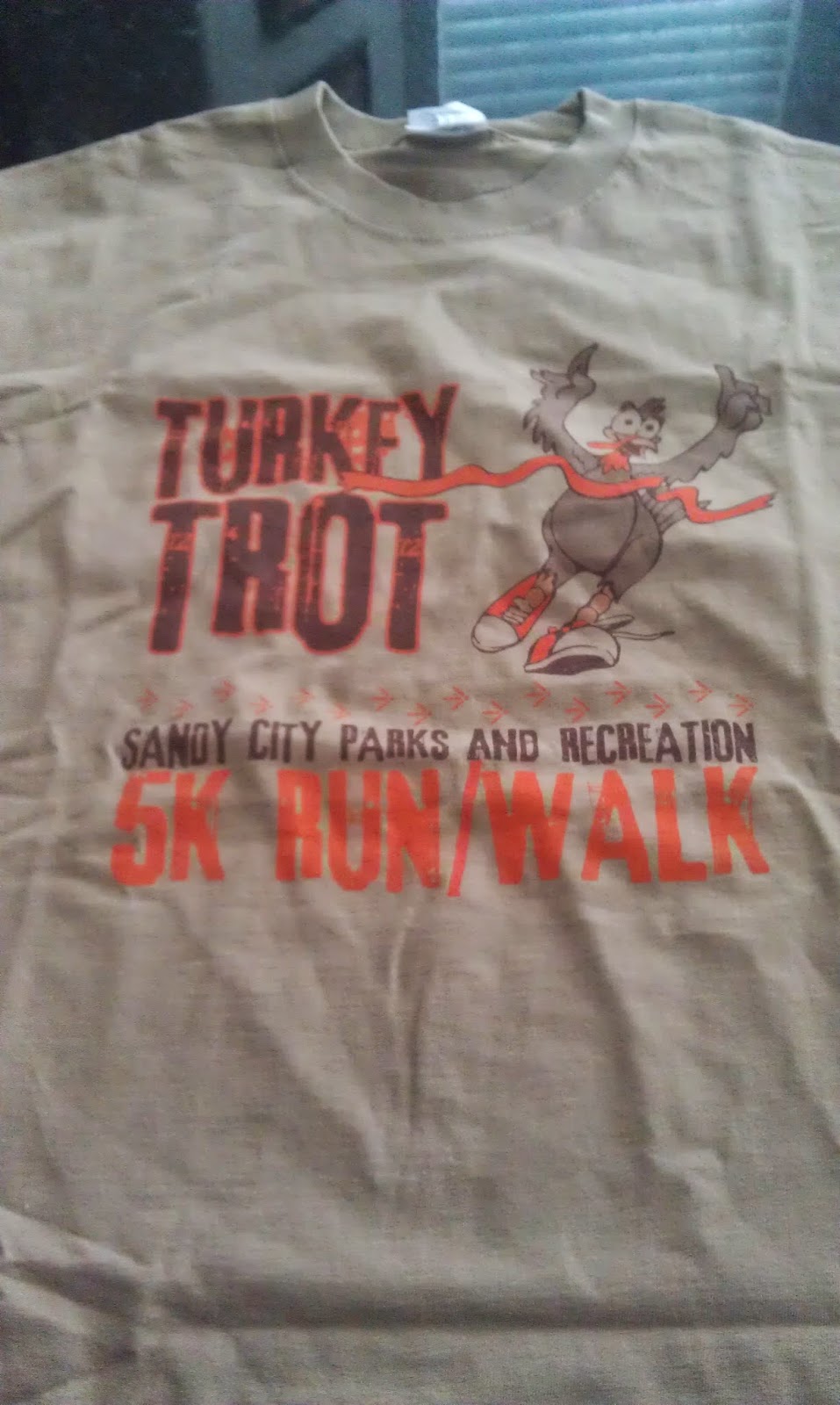 Also, faithful readers will recall I ran the race last year in 22:44 (see my recap from last year here). 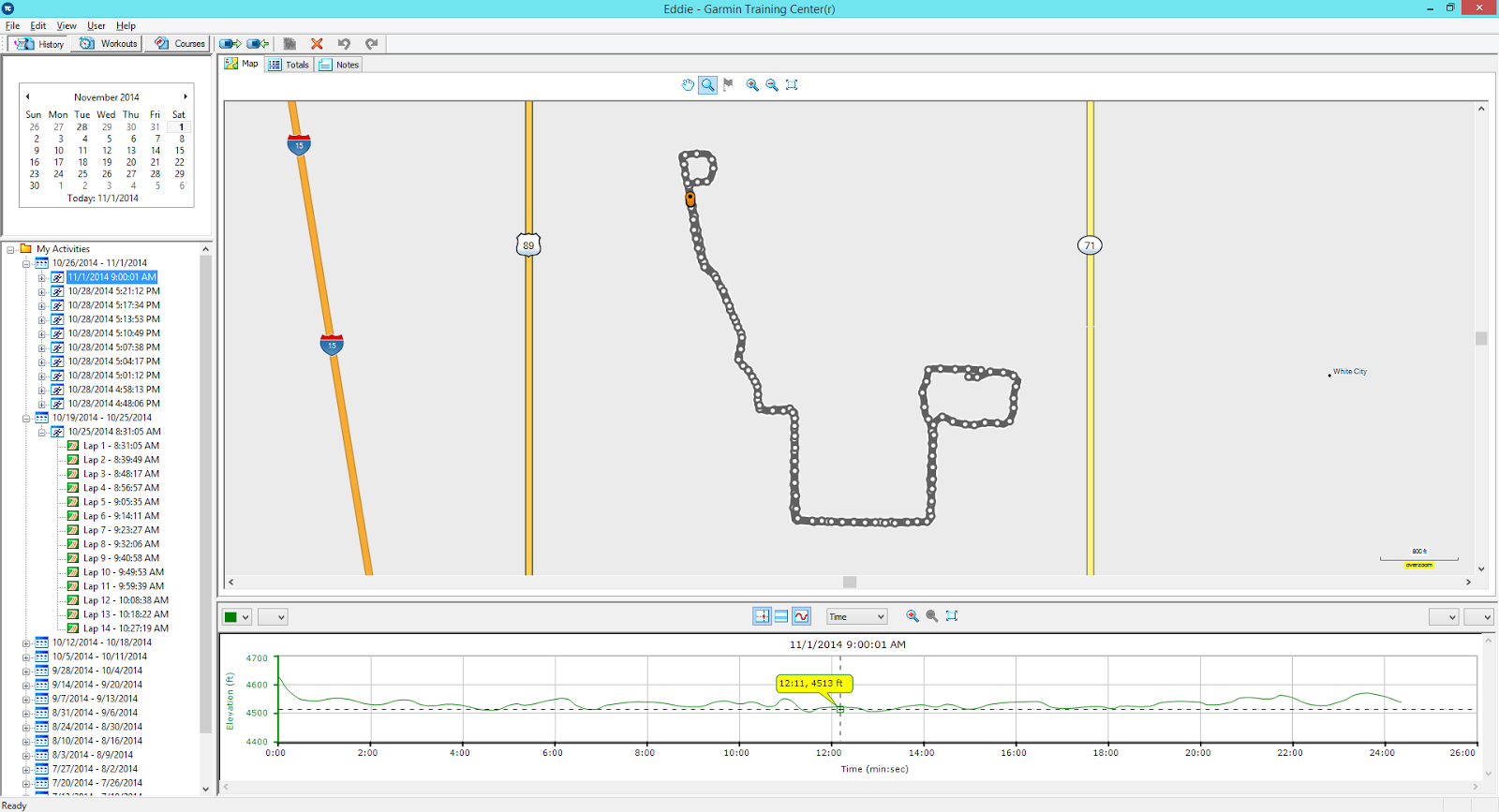 The race started at 9AM and I rolled in at 8:15.  I think I was one of the first ones there.  In fact, when I arrived I thought maybe I was mistaken on the race date.  But since I had picked up my bib and shirt on the way home from work on Friday night, I knew I wasn't mistaken.

The race was held at Lone Peak Park and it is really a beautiful park.  Clean bathrooms, working drinking fountains, baseball fields, and a pavilion.  It is also located within the shadows of Lone Peak, one of the highest peaks along the Wasatch Front.

With the sun peaking up, I managed to get a few pictures: 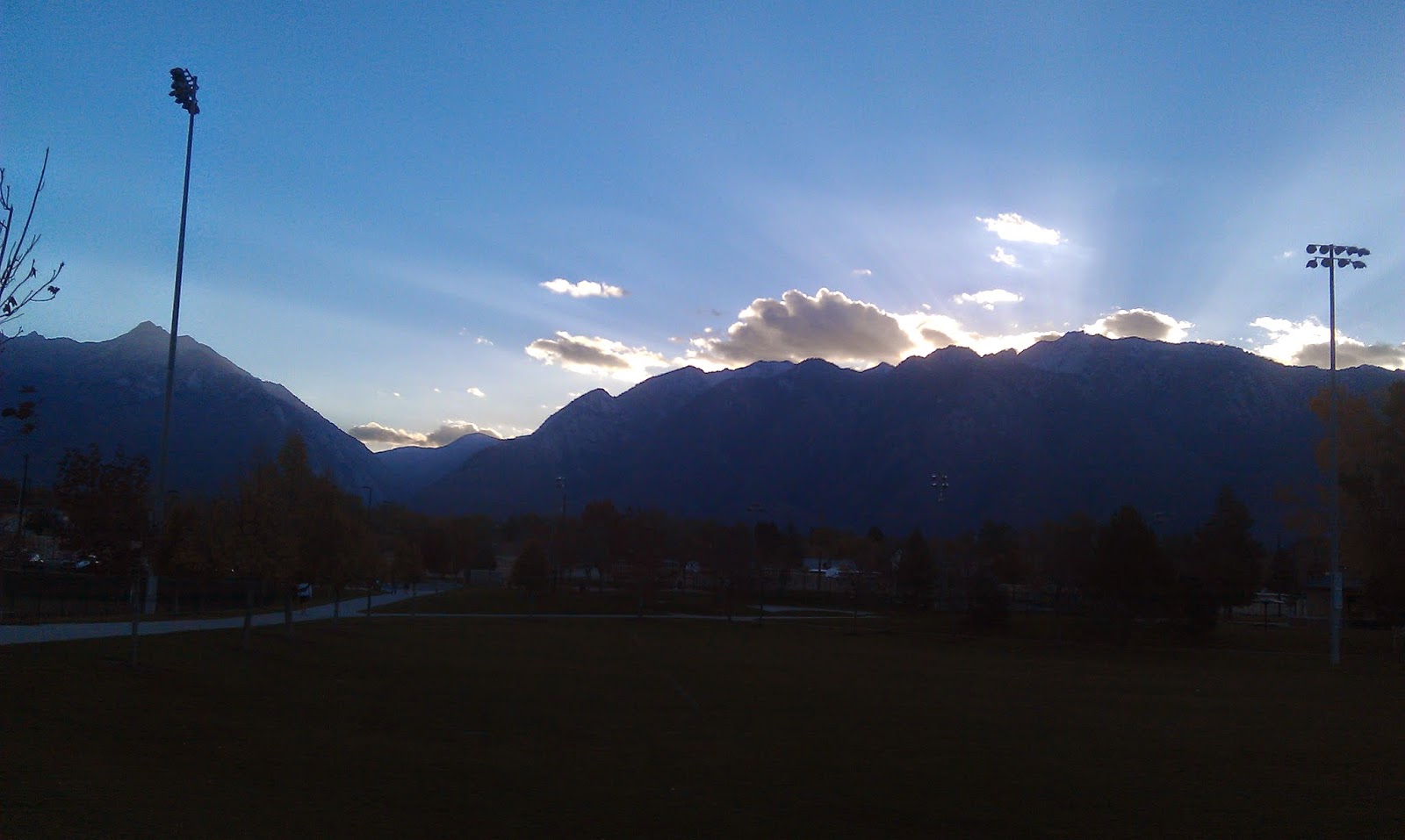 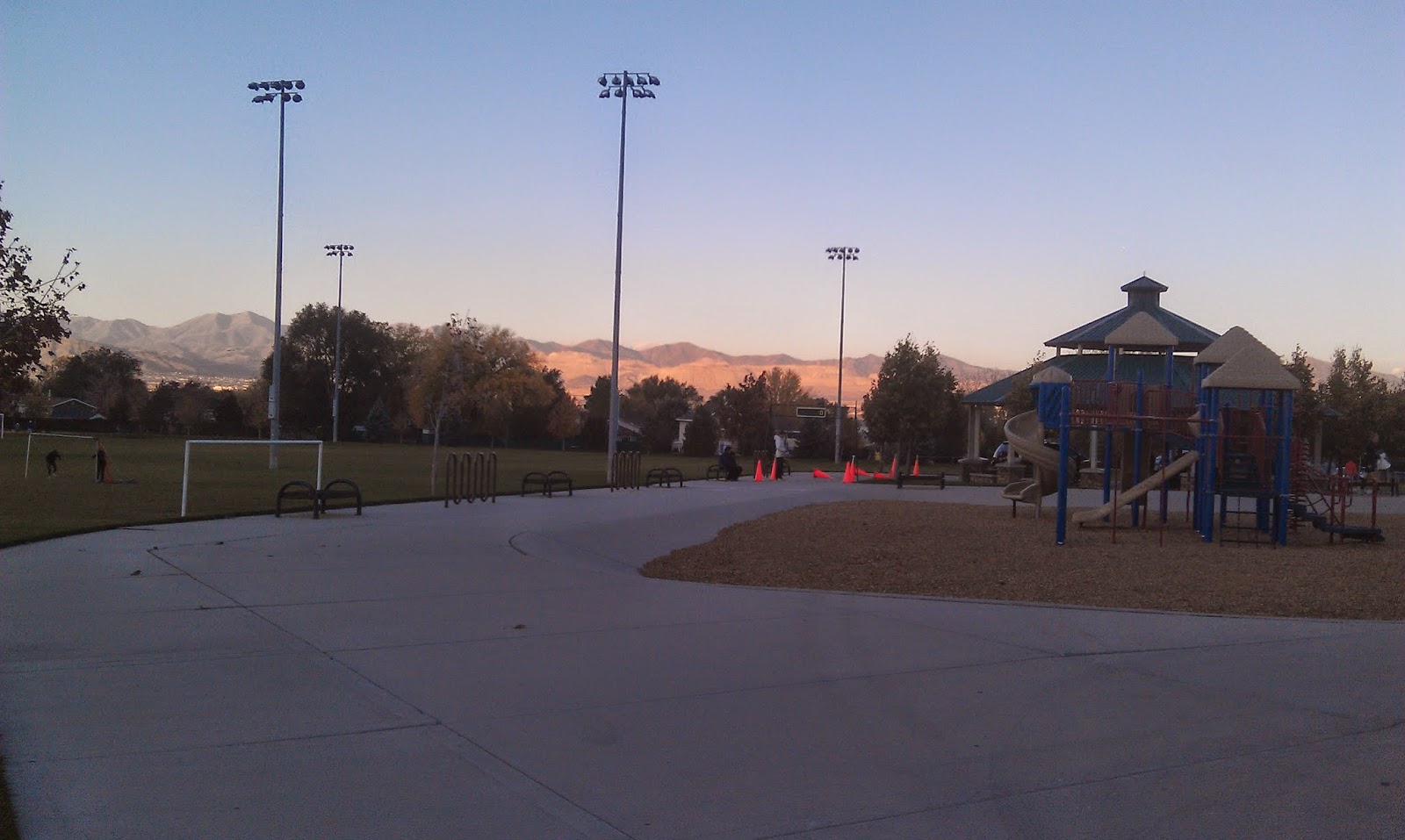 I did a quick shake out run of about a mile and did some drills. For a 5K race, I left my phone in my car, but the route this race takes isn't terribly spectacular.  You start in the park and quickly exit into a subdivision.  In the first mile you do a slow but steady climb before ducking onto a bike trail.  You follow the bike trail (that has some serious rolling hills) for about half of a mile before making a lap around a Dewey Bluth Park.

After the lap, you come back the way you took with the exception is that you have to make a long circle around Lone Peak Park.  All the way back, I had a pretty good wind in my face, which definitely slowed me up.  About 20 minutes after the race, the wind really picked up but I think we were spared the worst of it.

My goal was to try and run 7:30 - 7:45's the entire race.  I was largely successful for the first two, but the last mile was just as tough as the last mile in a half marathon.  The wind was in my face and it seemed like every little hill felt like a mountain.   My legs were dead and my once comfortable breathing was labored.  People think that the distance of a 5K makes them "easy" but in some ways, a 5K is just as tough as a half because the pace is much more intense.

This was a pretty small race with about 140 people.  There were a ton of 5Ks in the area and I suspect they all take from each other.  There are only so many runners in Salt Lake.

To say that I was disappointed with my time would be an understatement.  Granted, I've done very very little speed work all summer and the wind was tough, but clearly I am getting a lot slower.  I need to drop a few pounds, get some more focused speed work training in and squeeze in another 5K or two.  I forget how tough these races can be.

I was happy to see that I placed in my age group and gladly accepted an award.  I like the Sandy races because they make everything a snap.  You pick up your race results card within seconds of finishing, if you place in your age group you grab your prize and you are free to go.  No fanfare and drama waiting around.  Technically, I could've been on the road by 9:30, but I wound up eating a banana and socializing with random people post race.  I took off at 10AM after most people had already left.

I'll definitely do this race again.  For $20, it is a good workout and offers a decent opportunity at placing in your age group.
Posted by Eddie Gaul at 12:54 PM