Tuesday: The Final Day in Vegas

Well, Tuesday was the last day for Vegas.  I couldn't believe that I was actually going to come out ahead.  In fact, I can't remember the last time I ever went to Las Vegas and came home with more money than what I left with.  Sometimes I manage to barely break even, but this trip was truly momentous in the fact that I was coming home with a profit.  And I wanted to keep it that way.

We got up sort of late and took our time getting ready.  We decided we were going to go back to the Suncoast for breakfast.  When I had left the casino yesterday I had had a coupon for a free breakfast.  I figured Shari would have one too.

We took off just shy of 10:30 and made it in no time at all to the Summerlin Suncoast.

We swiped our cards and discovered that all the goodies we had from the previous day were pretty much gone.  I figured that you had to gamble to a bit so I went over to Leonidas.  Begrudgingly, I put in $20 and hoped for the best.  The second spin, I almost got the bonus round and on the 4th, I nailed.  This time I actually got a nice win of $25 for a 40 cent bet: 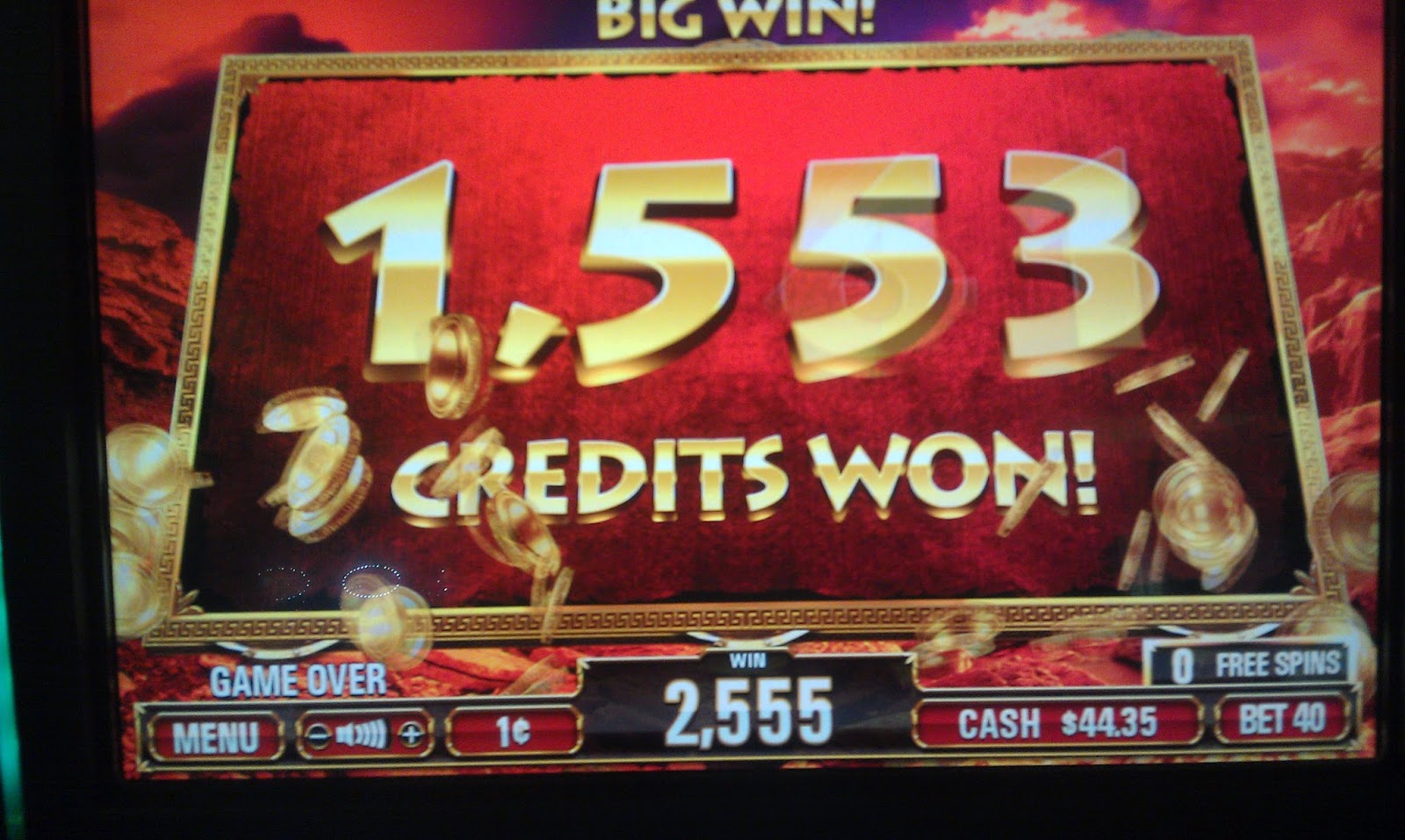 Naturally I took the money out and checked the points on the card.  Still no free buffet.  We were gambling exclusively on Shari's card, because we had used the points off of mine yesterday for the 2-for-1 deal.  We tried a variety of machines and made a few bucks or lost a few bucks.  But still no free buffet.  We checked at the player's club counter to see how much we would have to play and it was at least a hundred bucks.  One, we really didn't have time for that, Two I was starving and actually getting slightly light headed and Three, I wanted to leave a winner.

We wound up eating breakfast (actually lunch by the time we got there) for about $15.  I once again got my Mongolian Shrimp freshly made.  I ate like a champ there. 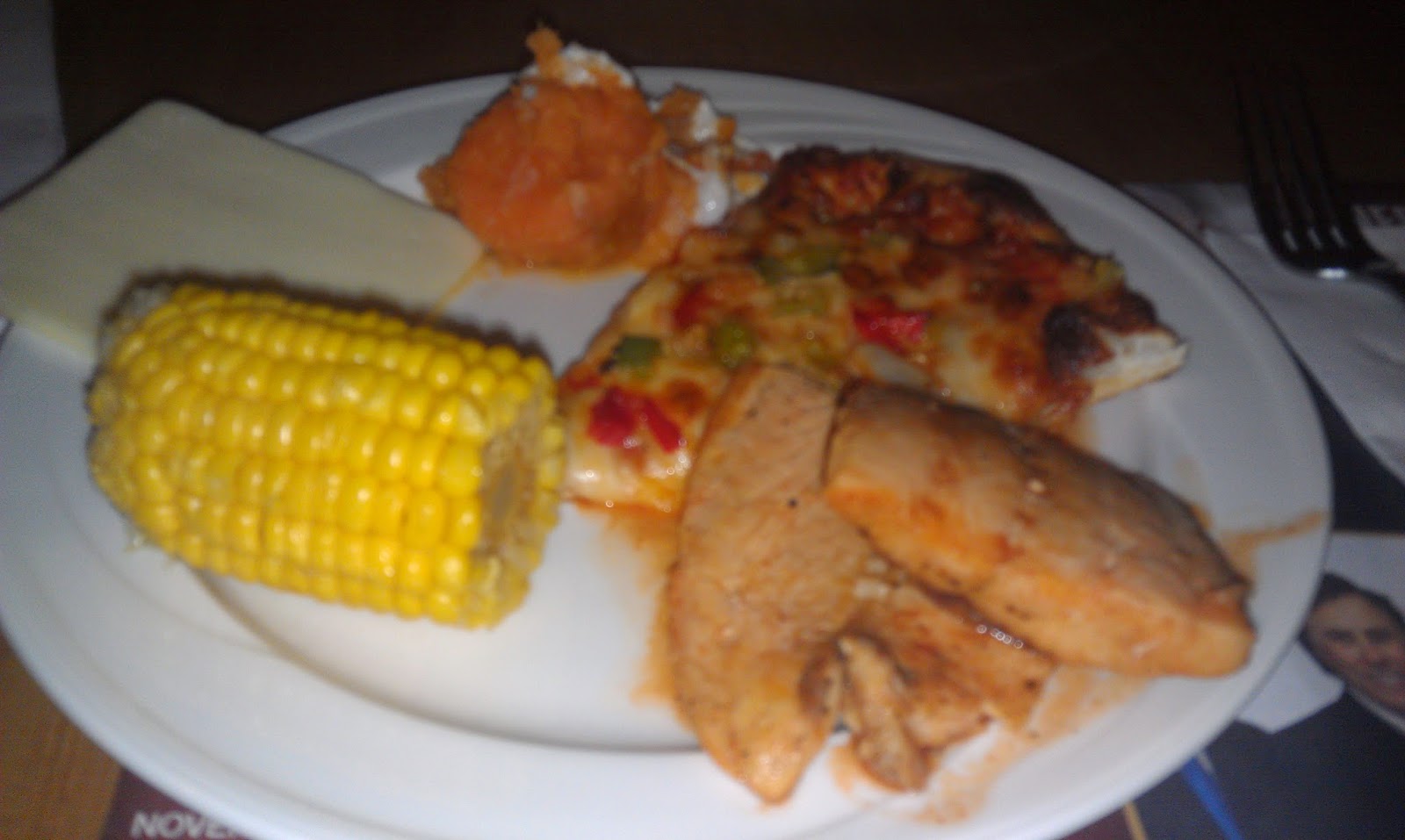 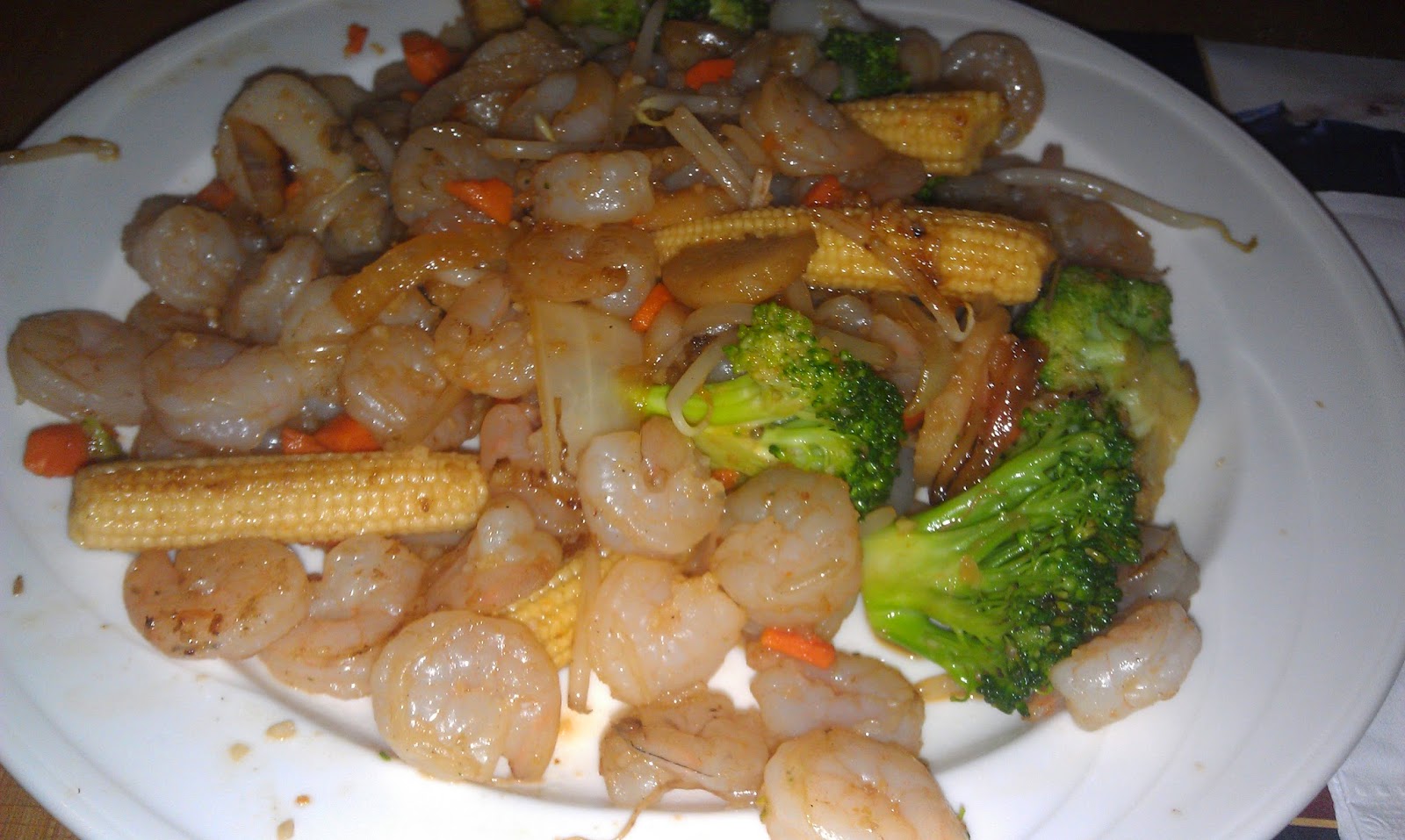 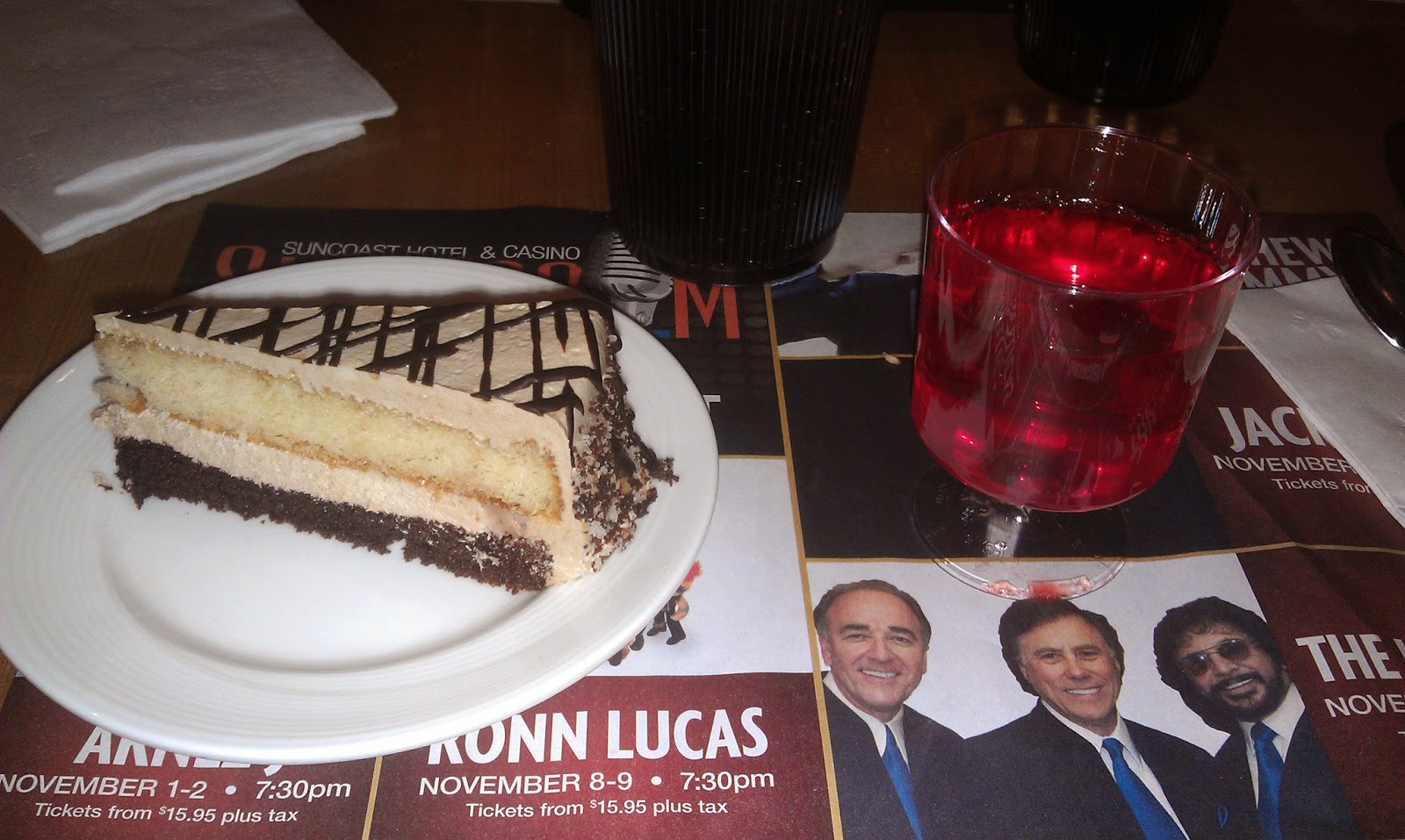 We left Vegas a little after 1pm with the goal of stopping Mesquite for one last hurrah at the Virgin River and to get gas.

I had a weird encounter with the Nevada Highway Patrol.  I was in the carpool lane on the freeway when the NHP came up behind me and tailgated me.  I couldn't get out of the carpool lane because there was a solid white line.  I was going 65mph, the speed limit, and this guy was riding my ass.  Eventually he flew by me and shot me a very dirty look and 1/4 mile later pulled a speeder over.

We sort of wondered if he was trying to see if I actually had two people in my car.  Shari was slouching in the seat.  Either way, his actions were pretty reckless and in my opinion, not very courtesy, safe or professional.

We made it to Mesquite in an hour or so.  I got off on the wrong exit and we wound up taking a tour of the business route.  I discovered that my faithful Rebel gas station that I usually fill up at is the most expensive one -- by a lot.  If you go into town gas is about 20 cents cheaper.  Last time I make that mistake.

We jumped into the Virgin River Casino and swiped our loyalty cards for potential free play.  Alas, nothing.  I got double my ticket entries for some drawing I would not be attending and Shari got a free hot dog that she wasn't going to eat.

I played my Incredible Technology castle game and quickly nabbed a ten dollar profit on a bonus round.  I then went to the Planet Moolah game that I had had my big win on Saturday and plopped a twenty into it.  Nothing... not even a few dollar bonus round.

We took off soon afterwards.  The trip was incredibly boring on the way home, but I was already mentally preparing the next big trip.

From a gambling standpoint this was an awesome trip.  I had used a lot of my cash for tips, small purchases and such, but I figure I came home with more than $250 than I left with.  In total, we ate for about $125 as well.  Try doing that in any major city and see where you end up.

We had a lot of fun and we did a lot of things -- off the strip.  While I didn't win very much in Summerlin, I did get a chance to eat for a lot less than what I would've paid on the strip.

We are planning another quick pass through in late January / early February.  So we may break up our trip by spending a night in Summerlin.