The Trip from Salt Lake City to Ely Nevada

On Friday, 9/19, I rushed home from work as quickly as possible.  I had a long night ahead of me and I wanted to get as early as a start as possible.  Being that the trip to Ely was a good 3 and a half hours and I had to be up somewhat early for the Take it to the Lake - Ely Half Marathon.  Shari had some last minute packing to do, but all in all, we were on the road headed west towards Wendover by 4:45.

I made excellent time and other than a bit of traffic west of the city, it was smooth sailing all the way there (although there seemed to be a bit more traffic than usual heading to Wendover).  We got to Wendover by 6:30.

Along the way we were discussing what to do about dinner.  We decided that we'd decide once we got to Montego Bay Casino in West Wendover.  If the casino's restaurants were busy we'd hit up Subway or Burger King and then head south out of town for the next 120 miles.

Montego Bay was pretty empty.  They weren't offering any goodies as far as comps, so maybe it was expected.  We were there mostly to eat, maybe throw in a $20 bill into a slot machine and move on.

Shari and I hemmed and hawed about where to eat.  We thought about going to the Italian restaurant, but that was almost as expensive as a buffet (although the Italian restaurant there is pretty good).  Shari was on board with eating at their cafe but she encouraged me to hit up the seafood buffet as she knows how much I love their buffet.  Let's just say it didn't take too much encouragement for me to readily agree!

Shari jumped into the cafe while I hit up the Oceano buffet.  Normally the buffet is about $28 for Friday night, but you do get crab legs, fish and plenty of seafood.  I used my comps and knocked down the price of admission to $20.

Sadly, the line for the crab legs was long.  I was starving at that point and I had to wait a good 15 minutes before it was my turn to grab my share.  Luckily they were really good about refilling the bin with freshly steamed legs but the people in front of me were really slow.  They picked and dilly-dallied over the legs and like I said, it took a good 15 - 20 minutes before I made it through the line of 15 people.

I showed everybody how it was done though.  I grabbed two plates, slopped on heaping loads of legs on each plate and went back to my seat.  Bam, I was done in about 25 seconds. I am not a 20th level buffet master with Plates of Power +5 for nothing: 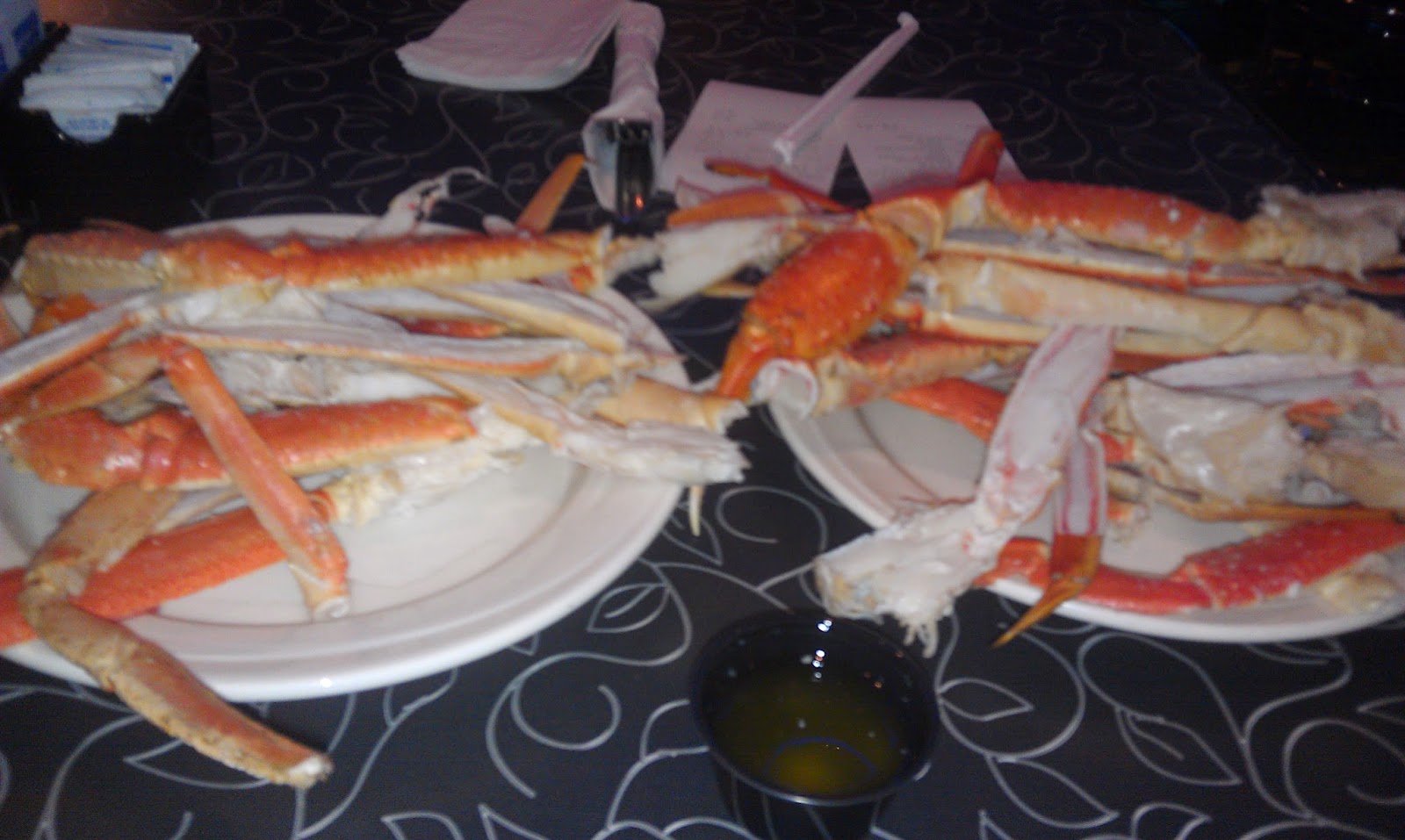 I was surprised but that amount of crab legs sufficed.  I wound up getting some more food as well.  I didn't eat as much as I normally do on account I was racing in the morning and I've made that mistake before: eating too much before a race and either having to hit the bathroom a ton of times or feeling like a two-ton Tessie. 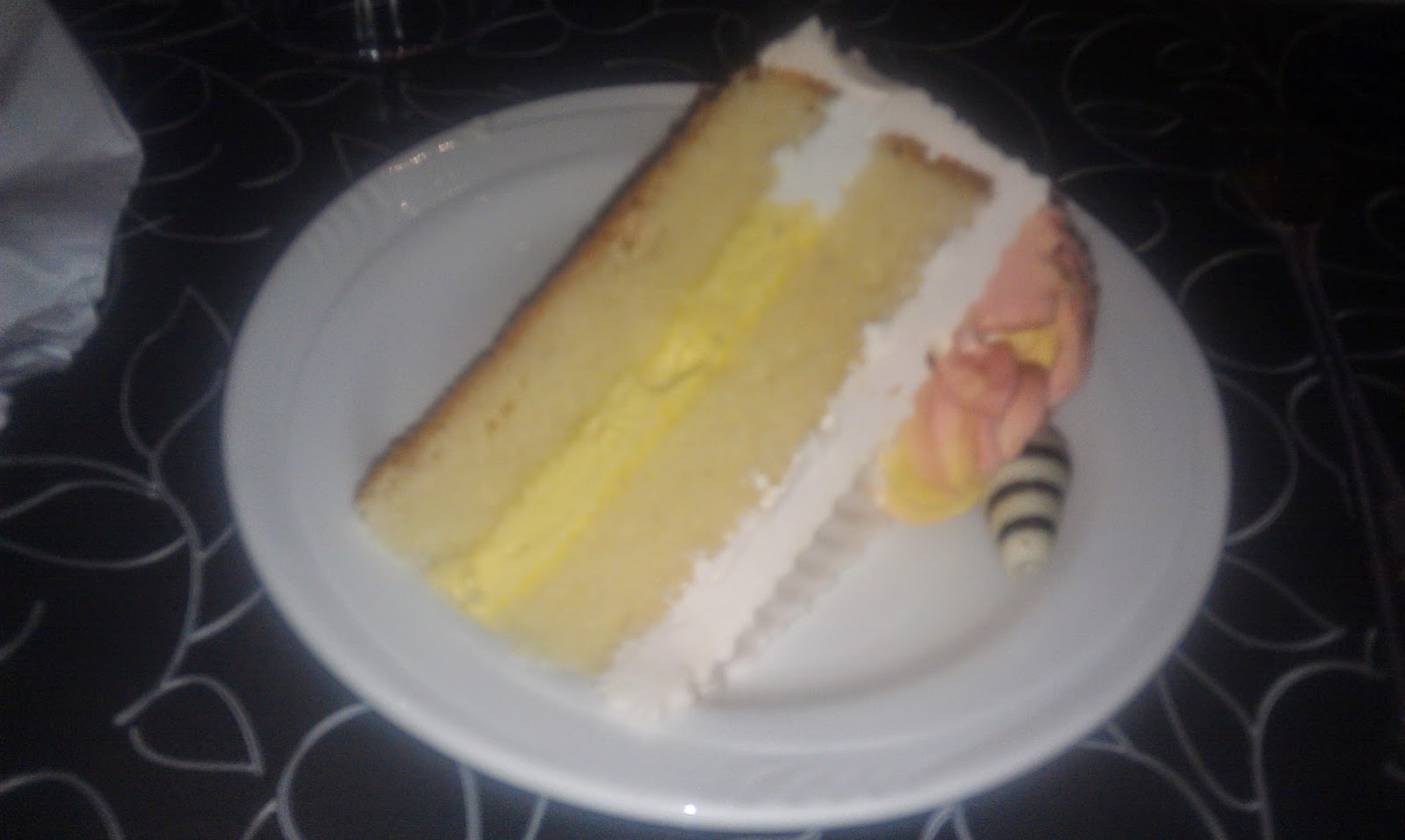 After inhaling enough food, Shari and I met up.  I tossed in $20 in a Fu Dao Le slot machine and managed to eek out a $5 profit.  I gave Shari a twenty but the machines were cruel to her and she handed me a cash-out ticket for about 13 cents.  Being I wasn't getting very good comps and we really wanted to hit the road I pulled out my money and took the $20 over to the sports book.

I went up to the guy and said "I'd like to bet on number 454"... picking Dallas over the Rams at -1.  I looked at my ticket and it said Dallas vs Rams.  Good enough and put it in my pocket.

When I got to Ely I looked at it and the guy must've heard, "I'd like to bet on the under for 454" (not number), which meant that the score had to be less than 44.5 points.  While that wasn't what I wanted I figured it would be a slow scoring game.  I am very sad to report that Dallas won the game, but the score was WAY over 44.5 points.  Lesson learned boys and girls: check your ticket at the window!  So I would've won if I had looked over my ticket more closely and I got a lecture from Shari about how sports betting is stupid.

If you look closely at the map above, there really isn't anything between Wendover and Ely.  Not even a gas station.  If you want, you can count the village of McGill, but that is just a half marathon shy of Ely itself.

The first 50 miles or so is through the south Wendover desert.  It is desolate, twisty-turny kind of driving and there was NO moonlight.  It was white knuckle driving for me as I saw warning signs  reminding drivers to be careful of crossing burros, sheep, and other critters (I do think I hit a mouse or something at one point).  The speed limit is also 70 mph.

To make matters worse, just as the lights of Wendover were fading in the distance, my check tire  light went on.  I was like, "oh crap" ... I just had my tires checked and had scheduled maintenance done earlier in the week so this made me extremely nervous.  After all, there is NO cell phone connection in a large part of the desert and I was heading out there in the pitch blackness where there was only another car coming into view every 5 - 10 minutes or so.

Luckily the check tire light lasted less than a minute and I am happy to report it never came back.  I am not sure what triggered it unless the tire weight is on the borderline low side.  I do know I have problems with it in the winter.

The trip to Ely was largely uneventful after that.  Although my car was literally covered with squished desert bugs.  I could hardly see out the window it was spattered with so many of them.

Unfortunately, I couldn't really appreciate what I was driving through.  I could vaguely make out the mountain ranges, but for the most part it was inky blackness punctuated by the occasional passing car.  I was in awe when I drove back on Sunday, but that's another story. 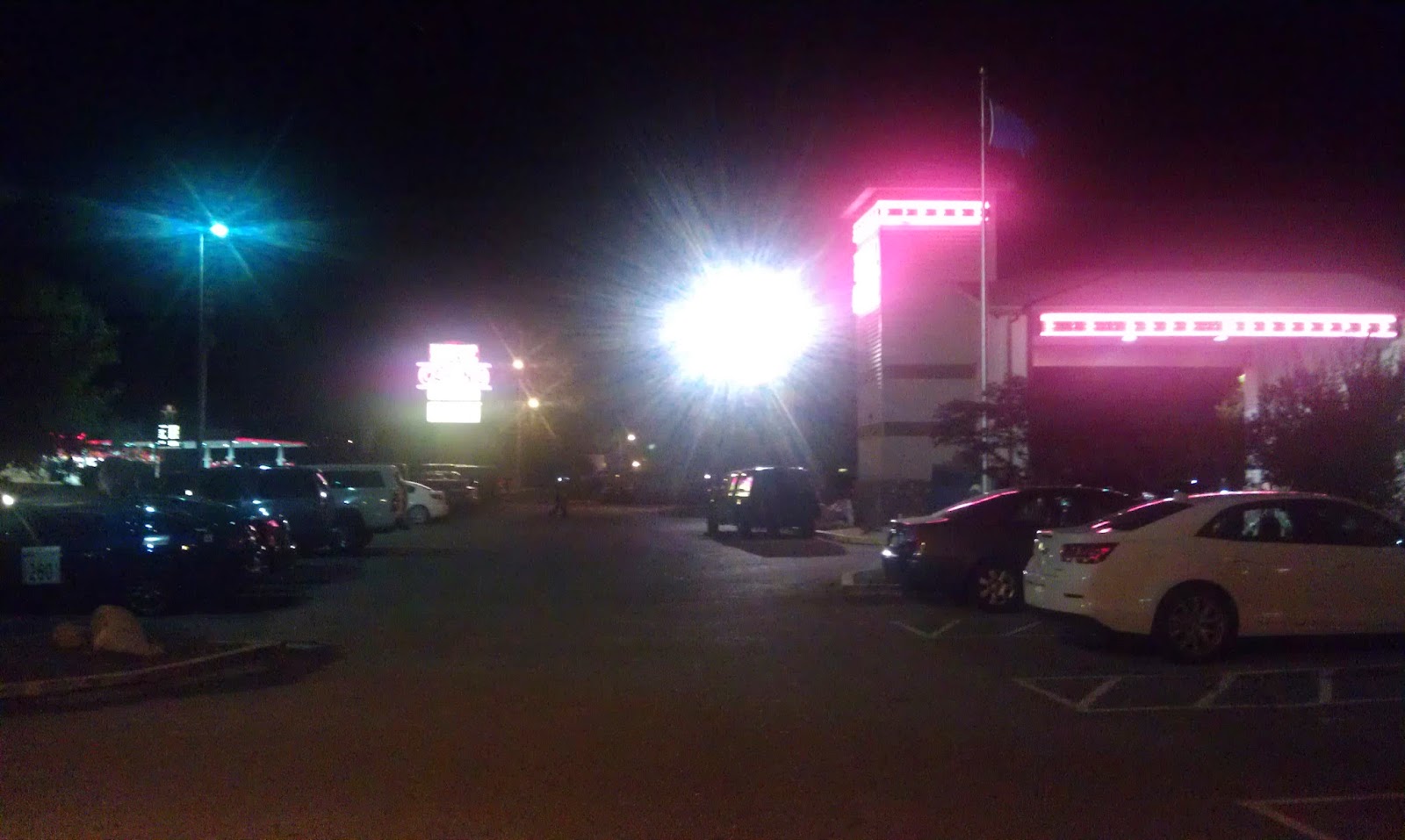 We arrived in Ely just after 9 and we were both relieved to get there.  There is always that lingering doubt that you are going to get run off the road, have car issues, or what not.  Having those kinds of problems in the desert without cell connection is just bad news.  Also, even if you could get help, it would be at least an hour before anyone even got to you.

We stayed at the Prospector Hotel and Casino on the east end of town.  This place was very clean, comfortable, and affordable.  There was a major sporting event in town and I suspect a lot of the hotels were filled and charging extra that weekend.  This hotel was very reasonable and the rooms were excellent.  Highly recommended. You can read my review on TripAdvisor here. 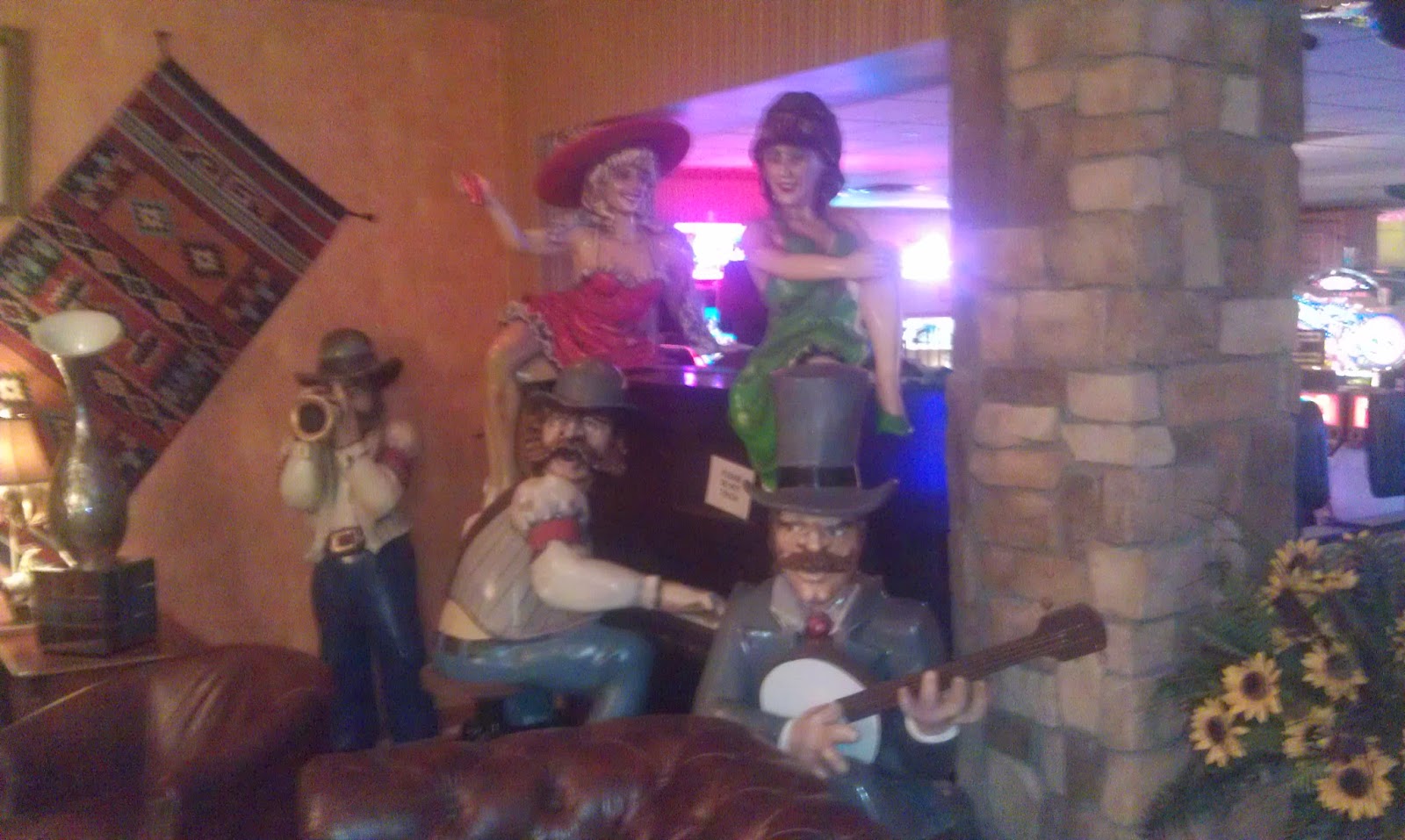 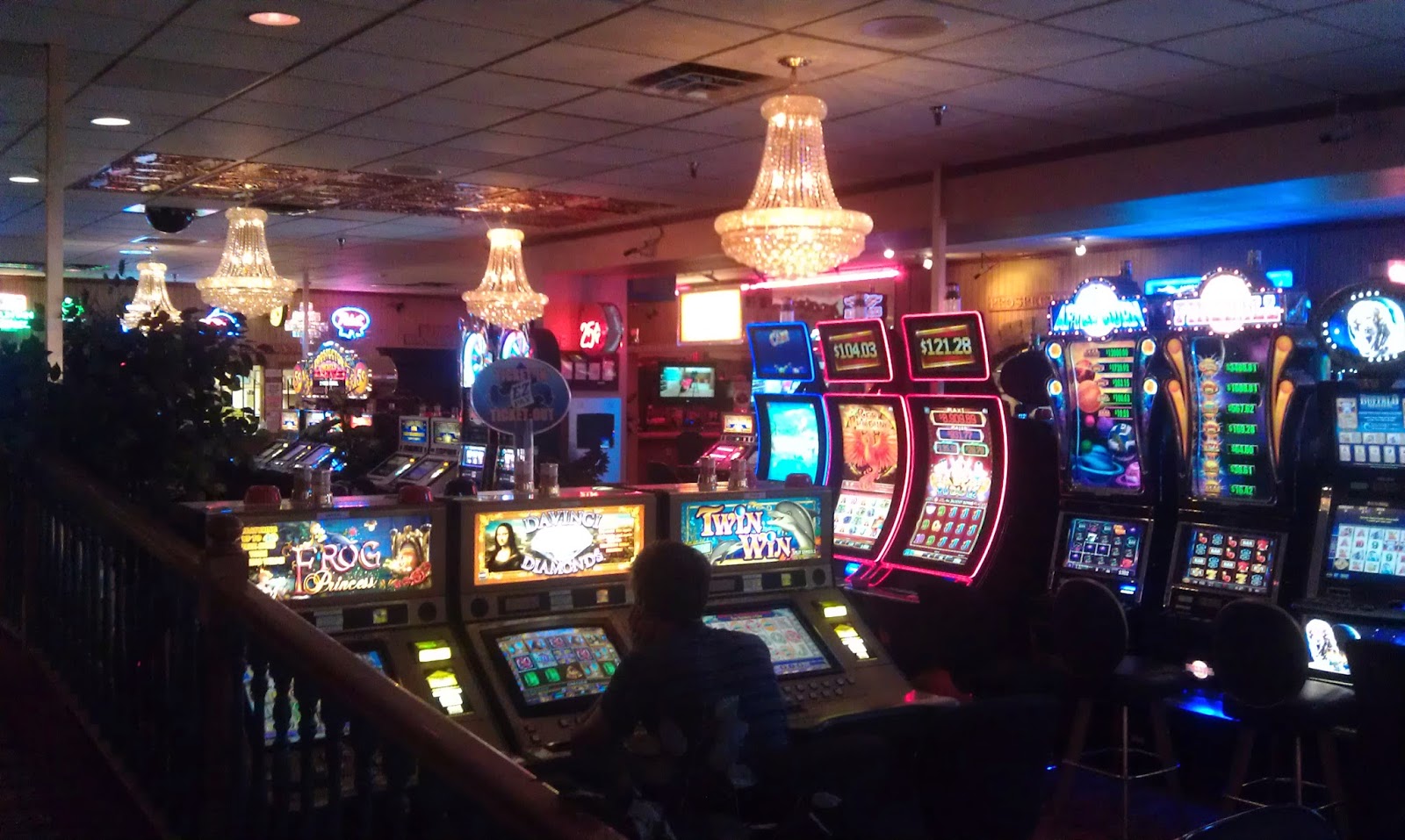 After settling into the room we decided to scope out the hotel's casino.  I was REALLY excited to see that this wasn't a dive and had a lot of modern machines.  There's no live gaming here and to collect your winnings you get your ticket and go to a cashier's cage (none of the Ely Casinos had dispensing machines).  I was even more ecstatic to see Fu Dao Le unoccupied and ready to be played.

I jumped on and turned $20 into $60.  I got a 3-wild bonus round where I get to pick a bunch of symbols.  I got it to the point where I had the Maxi, Major and Minor and Mini all needing one more pick.  The Maxi was at 8.8K and the mini was at $25.  Well, you can guess what I won, but at least it was something.

We really weren't in Ely to gamble (much).  We don't have any loyalty cards there and to be honest we aren't going to go back but once a year (if I can find a friend to call to Mt Wheeler with me) so we'd rather take our gambling dollar to Wendover, where at least we'll get a little something back (and that Sunday was 7X comps).

The guy next to me on the Red Phoenix machine was on a roll though and he was up a good $400 - $500, but he was betting aggressively.  Turns out he was from McGill so I got a chance to ask him about it and learn something about the area and life in McGill.

We turned in after 10PM.  Luckily they provided a free tooth brush in the room.  In my haste of leaving Salt Lake I had completely forgotten mine.  This hotel really had a lot of little niceties (even a rubber ducky in the bath tub).

It wasn't the hotel's fault, but I slept poorly.  I think the stress of driving, the mystery flat tire, a busy day at work, and the anticipation of the race had me up half the night (plus it was warm).