On Sunday, I was going stir crazy and really needed to get out and do something.  I had been flirting with going to Wendover all weekend and finally on Sunday, I said what the heck, why not.  There really wasn't anything special going on -- I just had the post vacation blues and felt like picking things up a bit.

So I made a reservation at one of the hotels, threw together some running gear and headed west.  I threw on some 80's hard rock and about midway through the road trip (since I was solo) I figured why not stop in the Salt Flats and go for a run.  I hadn't actually ran on the Salt Flats since I did the Salt Flats Half Marathon exactly two ago.

I pulled off of I-80 at exit 4 (while still in Utah) and made my way to the parking lot of the Salt Flats.  You basically have to drive about 5 miles or so to get there and it is just basically a parking lot with some informational signs about the flats.

When I arrived there were a handful of onlookers checking out the salt flats and another party taking out their ATVs.  The sun was blazing but the temperature was in the low to mid 70's according to my car.  I quickly changed into some running gear, threw on some shades and a hat and headed north.  I was shooting for about 4 miles (total) but of course, the thrill of running some place new got the best of me and I actually went 3.25 miles each way.

I can only imagine what people though of me as they saw a guy decked out in vibrant yellow run out into the desert.

Initially the ground was a soupy mess.  I expected it to be like concrete but there must've been some rains and it was like running through semi dry mud.  However, the further north I went the firmer the ground got.  Sometimes it did get slick and I did wind up falling once.  I think a couple of ATVers saw me and they were probably doing a serious WTF....

It is hard to judge distance out there but my Garmin quickly rolled out the miles.  I wound up running to the edge of the mountains to the north. 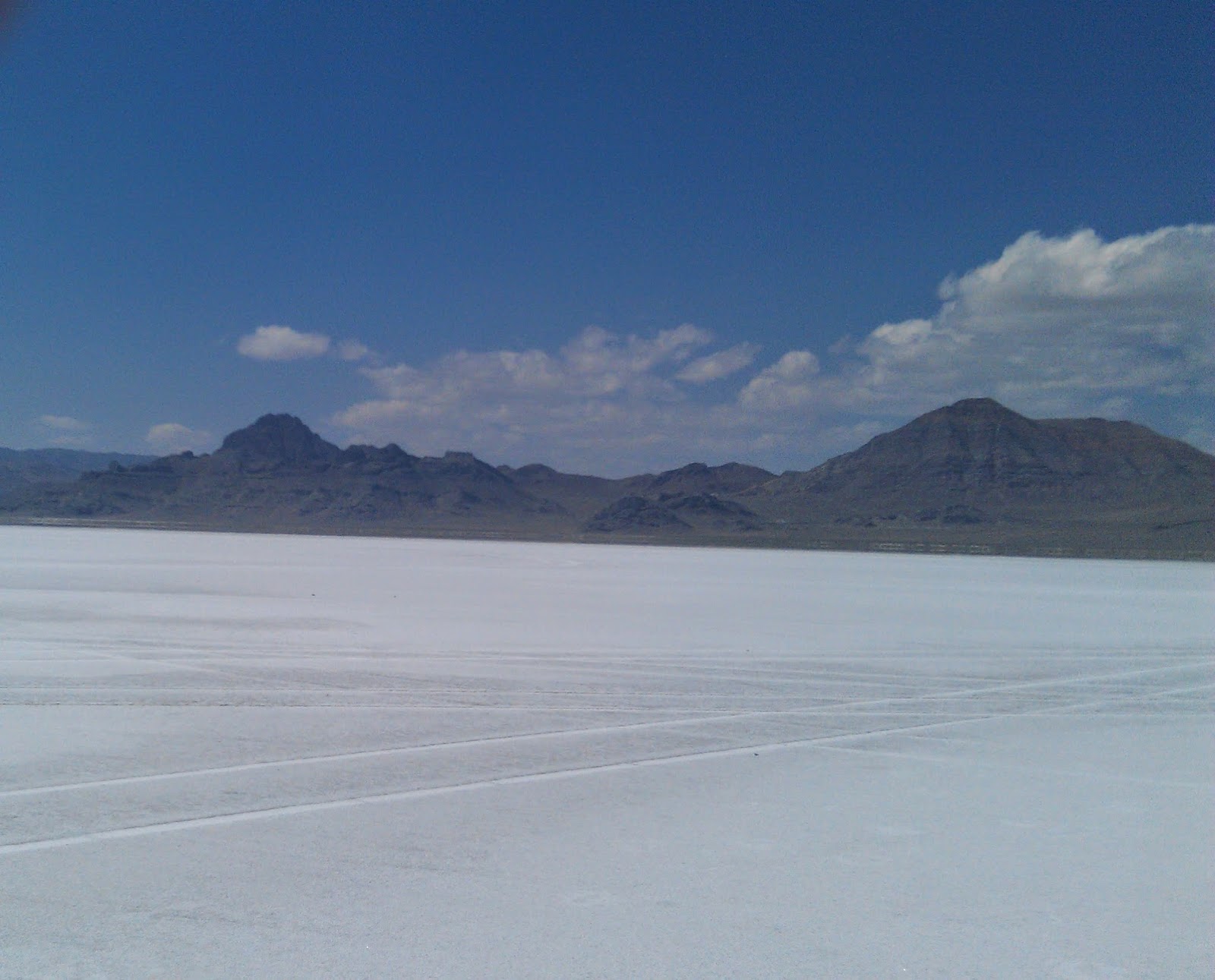 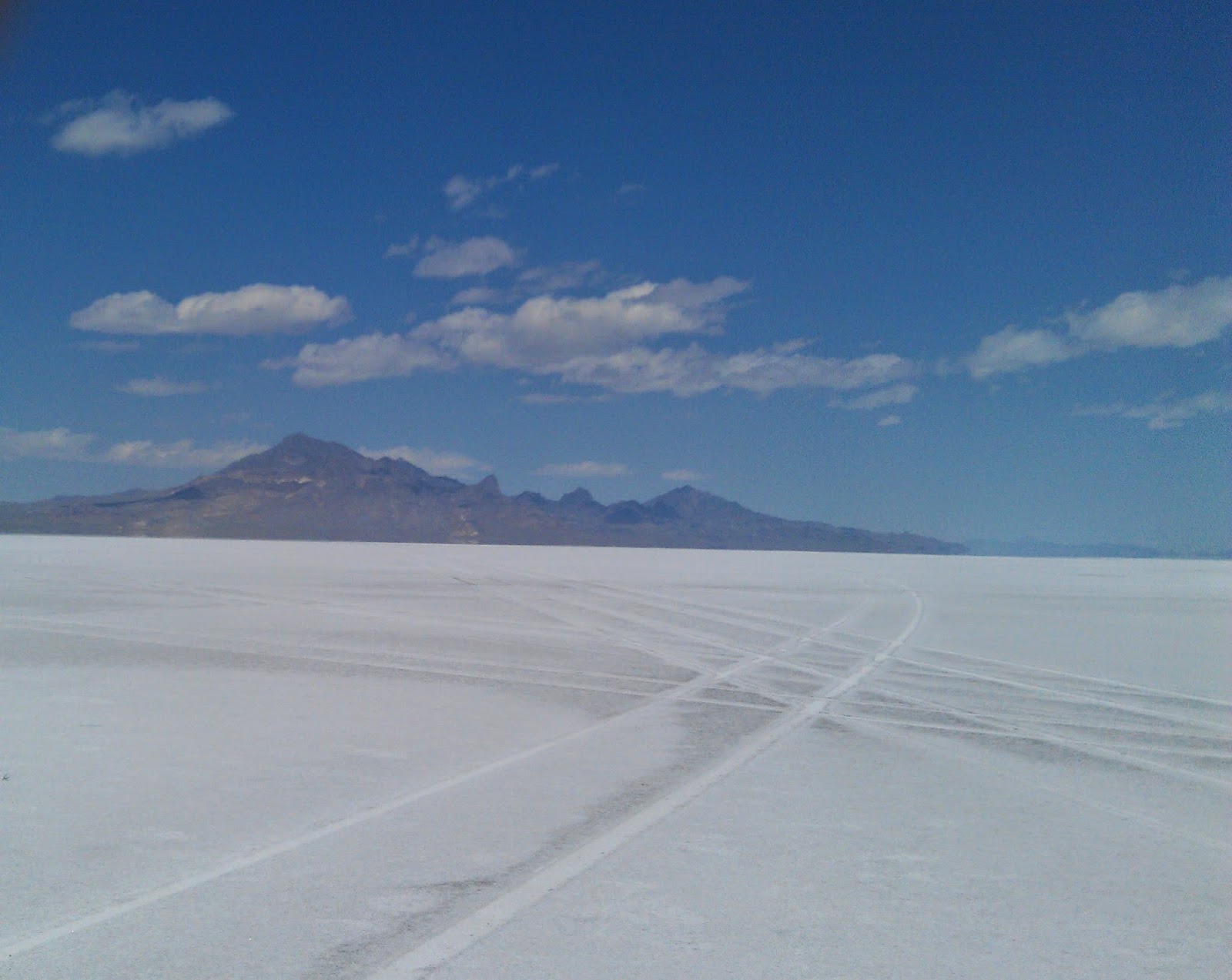 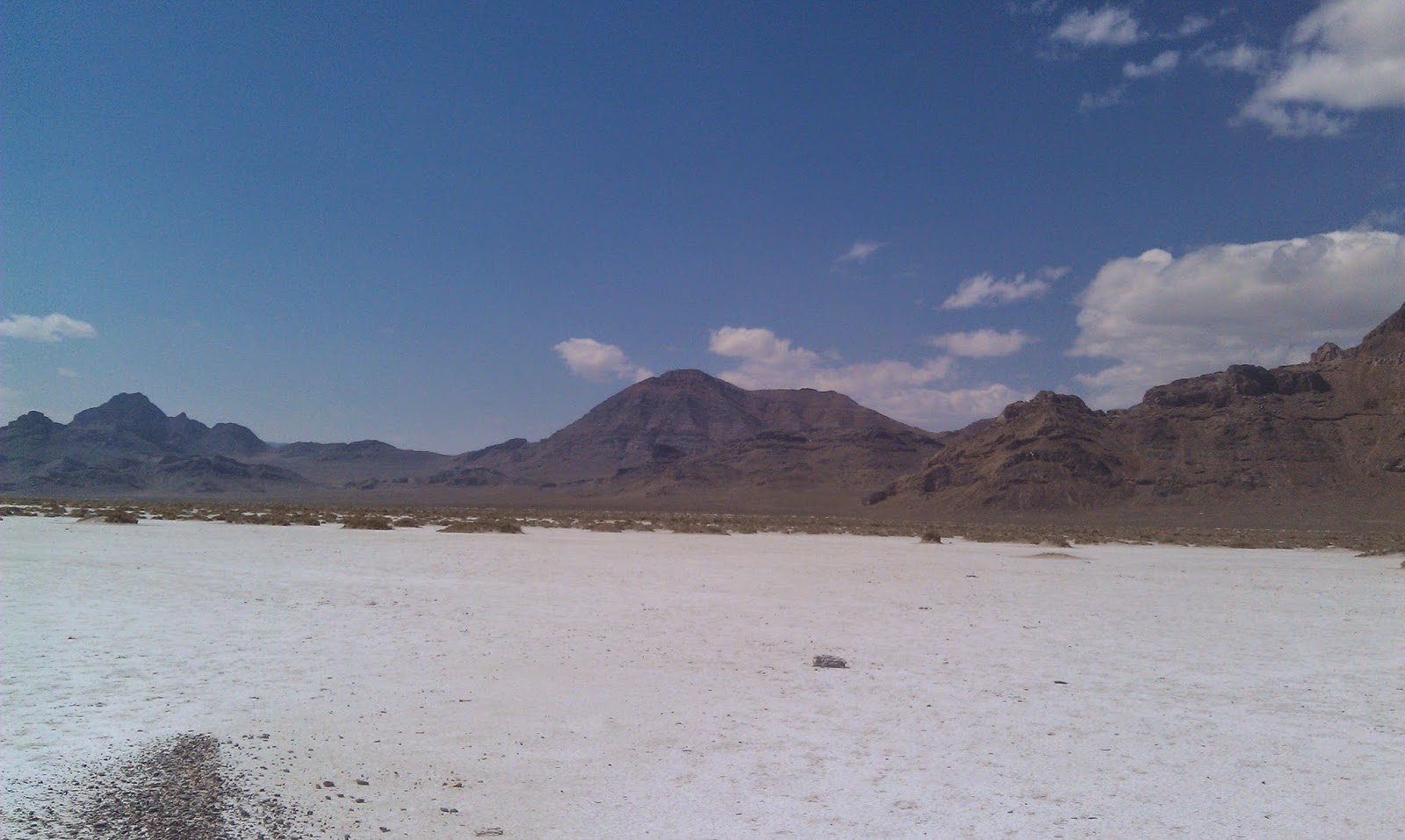 After turning around I had a uh-oh kind of moment.  I had been able to make out where I was going (a valley between two mountains) but now I had the challenging part of finding my way back.  I also found that the sun was blazing.  While the temperature wasn't insanely hot, I felt like my arms were burning and I perhaps fool hardly I hadn't brought any water.

I looked in the distance and I could see a bunch of dots, some 3 miles south and one of them was my car.  The question was which?

I started to panic a little.  Granted, it wasn't hard to figure out which direction to go and I had my Garmin which more or less told me how far I had run out.  Also, I hadn't left any footprints.   I knew I'd hit the road at some point, but the question is where and how far would I have to run to get to my car.  Also, with the fact that I was way out there and by myself and slightly thirsty, I began to get nervous.

Luckily, the closer I got to the dots in the horizon, the better I could make out where I needed to go.  If you look at my Garmin map below, you'll see the oval-shaped route I took: 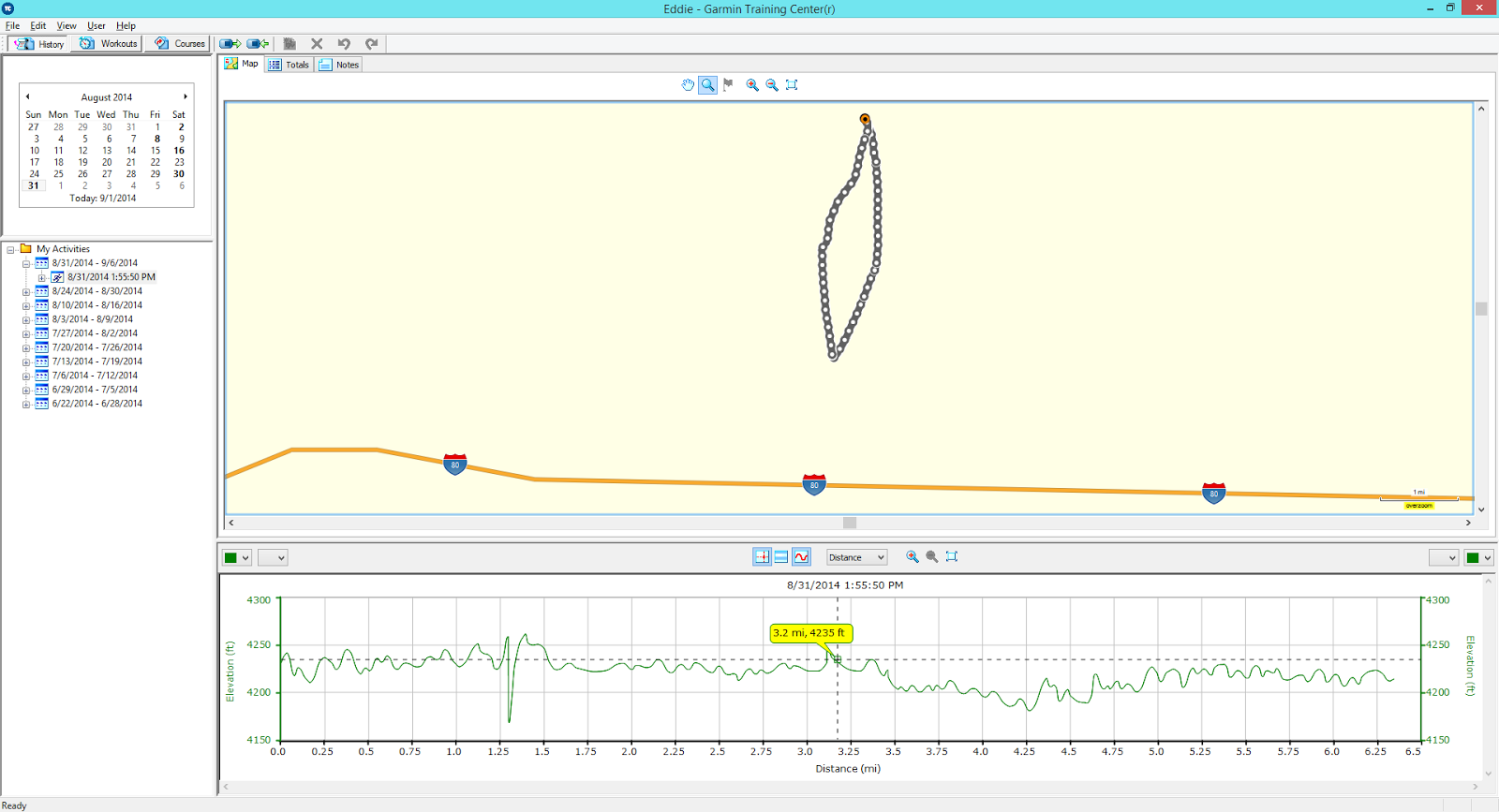 I also took a picture of my shoes... looks like they are gonna need a wash: 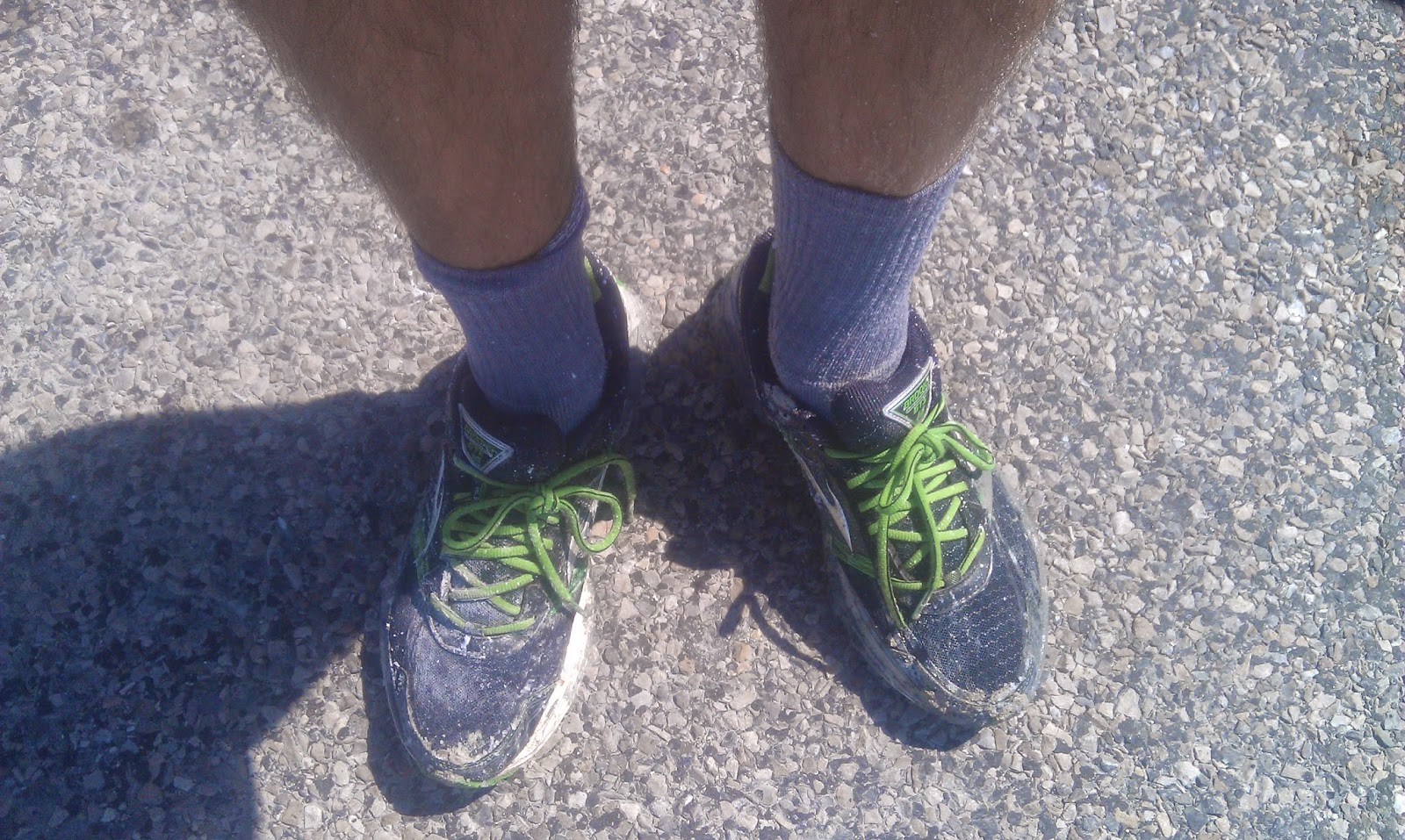 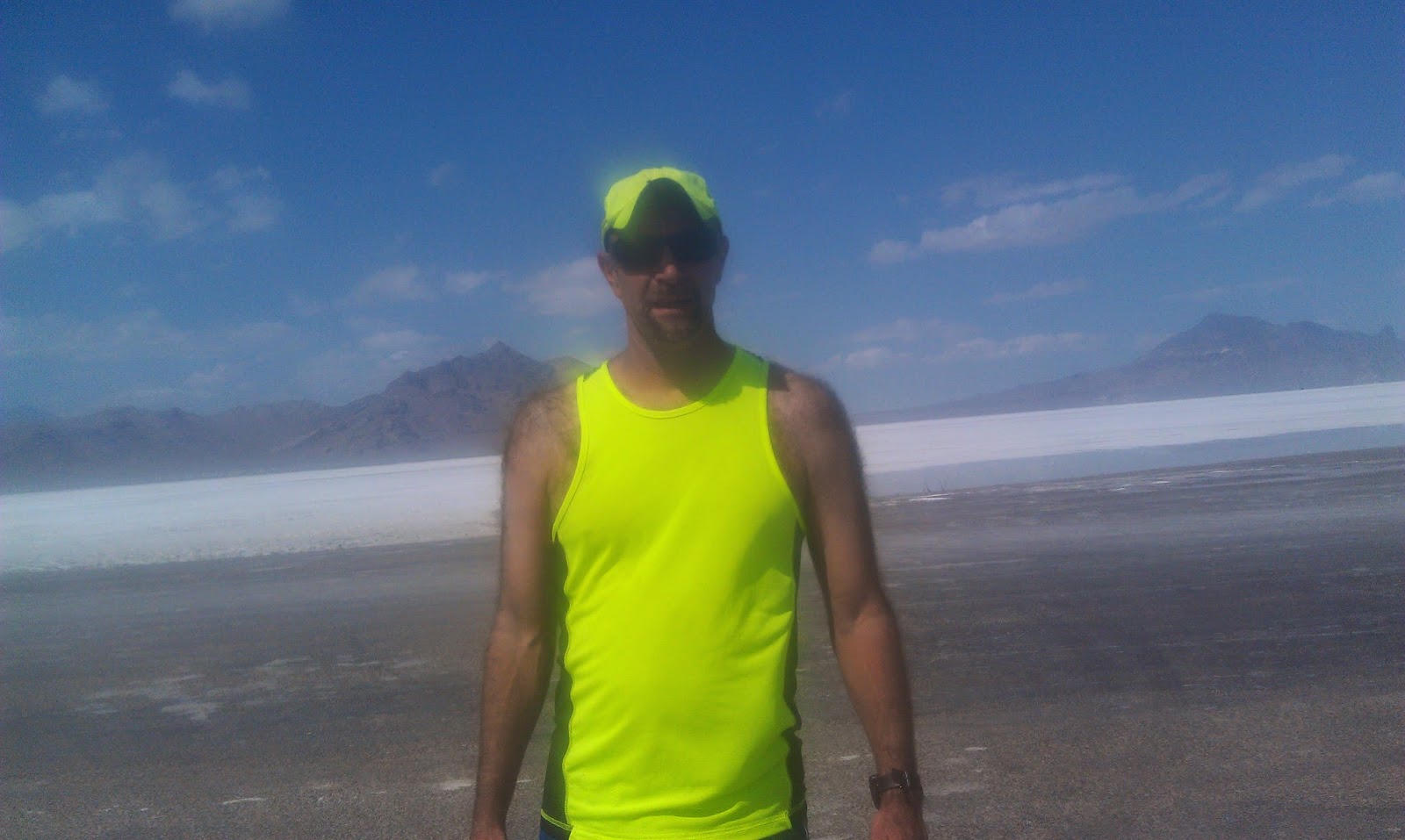 Finally here is a video I took from the middle of the salts: