Not a bad start to the week.  Since coming back from the cruise I was on a tear, running at least 4 miles a day.  Running was also a brief solace against a lot of work-related stress.
I felt pretty good until Thursday when I noticed my knee was hurting.  Instead of returning home after the start of the run and getting some KT-Tape or a neoprene wrap around it, I kept running -- for 7 miles.  While it wasn't bad all the time (it actually got tolerable about midway through the run) it smarted pretty good the first mile and last mile.

The result: Let's just say that I was limping around on Friday despite efforts at icing and anti-inflamatories.  This was the same injury that had plagued me before I left on vacation.  I have since done a bit of research and it isn't runner's knee, but appears to be jumper's knee.  The pain is more in the lower, front of the knee cap and is bothersome throughout the day.  Even my lunch time walk brought on an ache or two.


Also, I got a bill in the bill for my blood work.  I guess the doctor's office sent it to an "out of network lab" without my knowledge.  My insurance company sent me a $400 check along with a note saying that I'll get a bill for $2000 from the lab that I'll have to pony up for.  Huh?  $2000 for a simple blood test and I am going to have to pay for it? Not good... #PissedOff

Right now I am trying to recover, but I am still assuming I'll hit the Ely Half Marathon.  Once again, I am not registered for it (yet) but if my knee comes around, it'll be my fall destination race.  Also at this point, it is beginning to look extremely doubtful that I'll be able to do a pre-Las Vegas marathon.  My marathon training at this point has been pretty inconsistent.


Photos of the Week

As fall hits us, I am starting to do more runs a bit later at night.  I took this one of the sun setting over the 215 freeway in the middle of the week as I ran on the Jordan River Bike Trail just about a mile from my house.  Just a super pleasant night and there actually were still quite a few people on the trail. 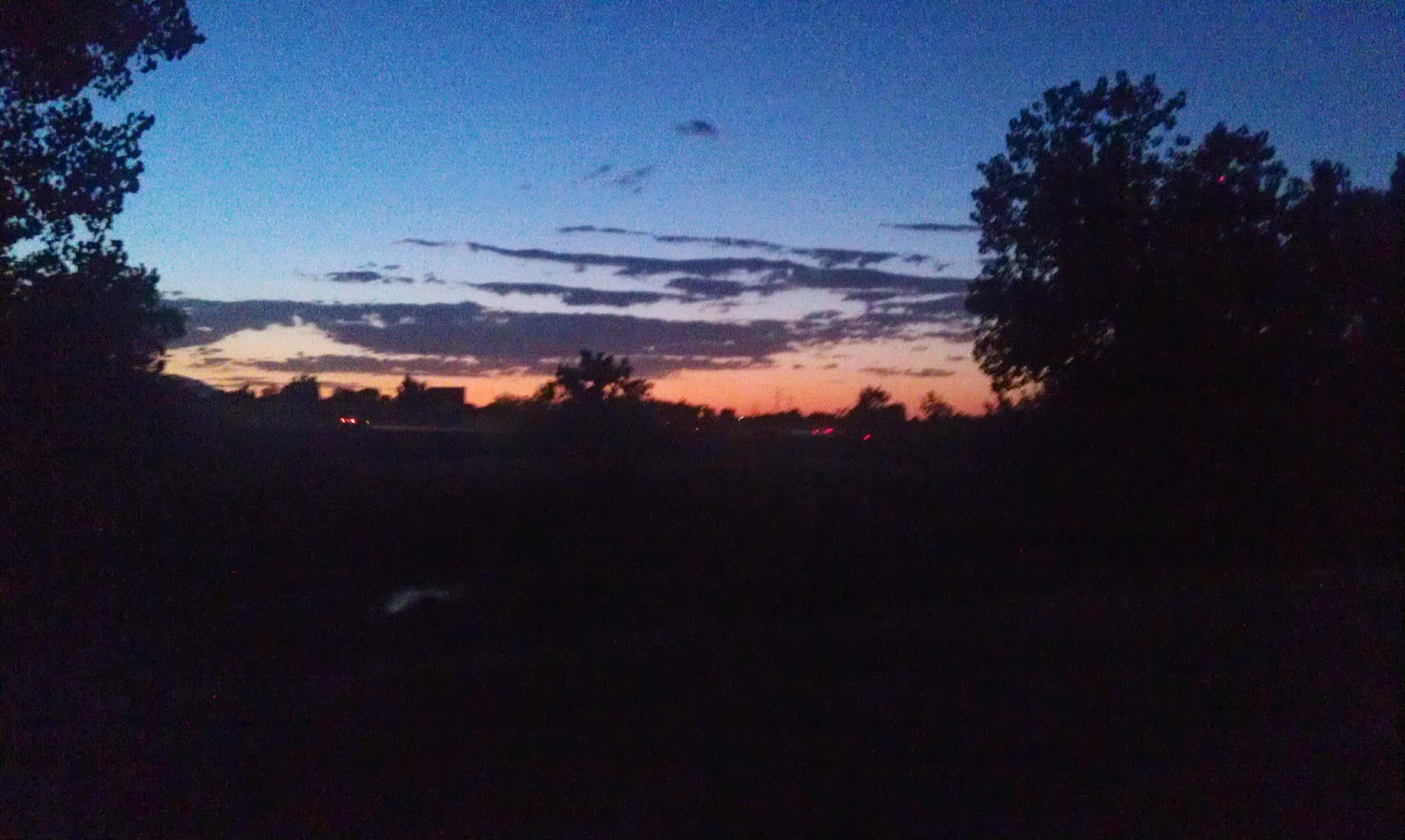