Well, I was itching to do something yesterday.  I had been housebound recovering from my Euro-trip and on Saturday I had a touch of a stomach bug.  On Sunday, I woke up and said, "I must do SOMETHING"  I felt like my long weekend had largely been wasted up until that point (other than having some nice runs).

While Wendover wasn't having anything special going on this weekend (I missed the comps multiplier on Saturday) I opted to go on Sunday and got a decent room rate at the Rainbow Hotel and Casino.

I arrived just after 4pm and checked in without any problems at the Rainbow.  I haven't stayed at the Rainbow for a while, but they had the best room rate ($79 for one night).  Montego Bay was $110 and the Peppermill was $99. I was staying in the cheap side (east) but other than the sink being in the room rather than the bathroom (making the bathroom pretty small), the room was completely acceptable. 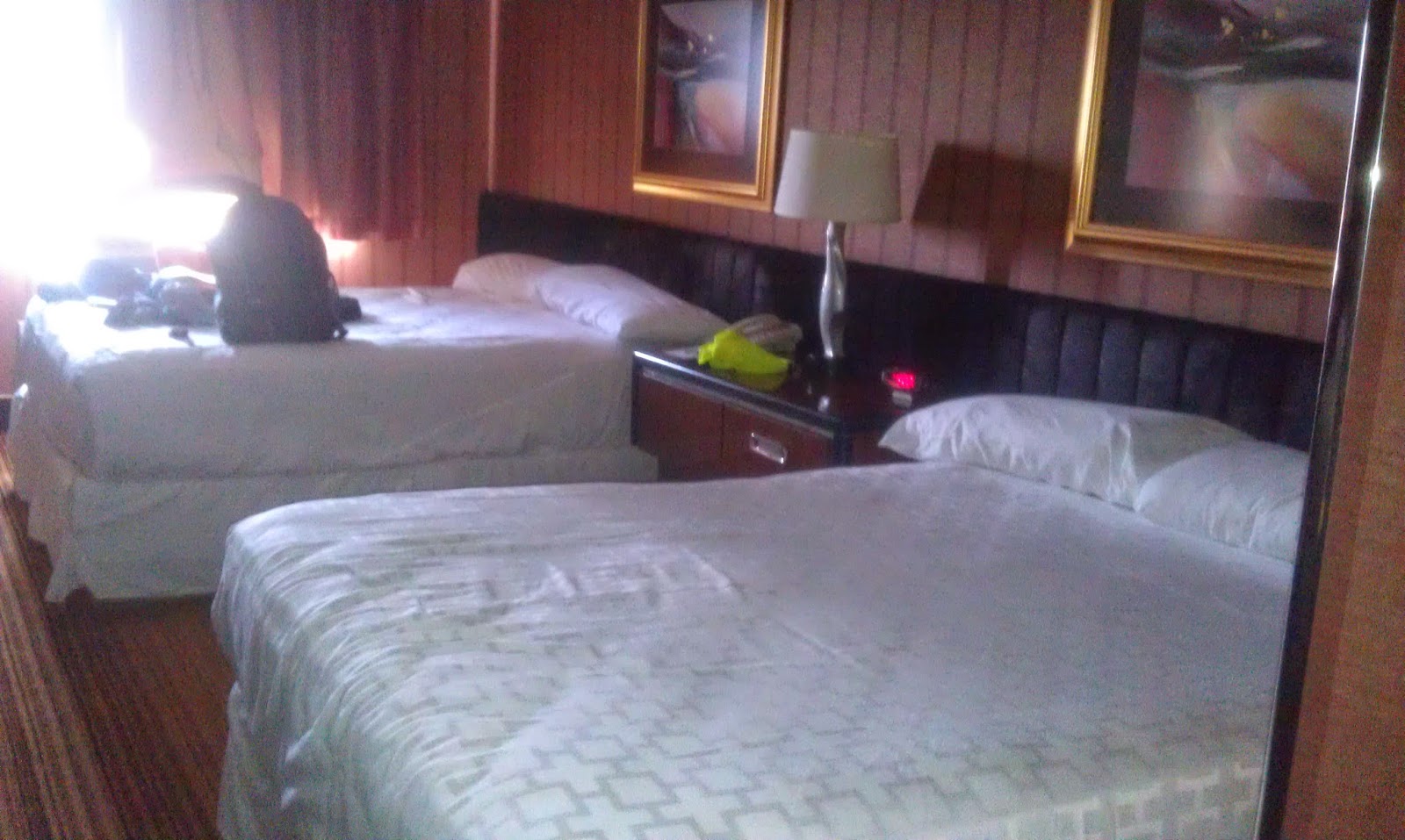 I immediately headed on over to Montego Bay.  When I got there I couldn't believe how crowded it was.  As a matter of fact, I couldn't find parking in the main lot and people were circling to find a spot.  I know the hotel well and scored a nice spot on the west side.

It was a zoo and the line to the buffet was the longest I had ever seen it.  There was a show there called Saigon by Night which has a very strong and loyal following and it would seem every fan from Salt Lake City was there.  I inquired about tickets (if it generated this must traffic, it must be good) but it was sold out. Definitely next time. 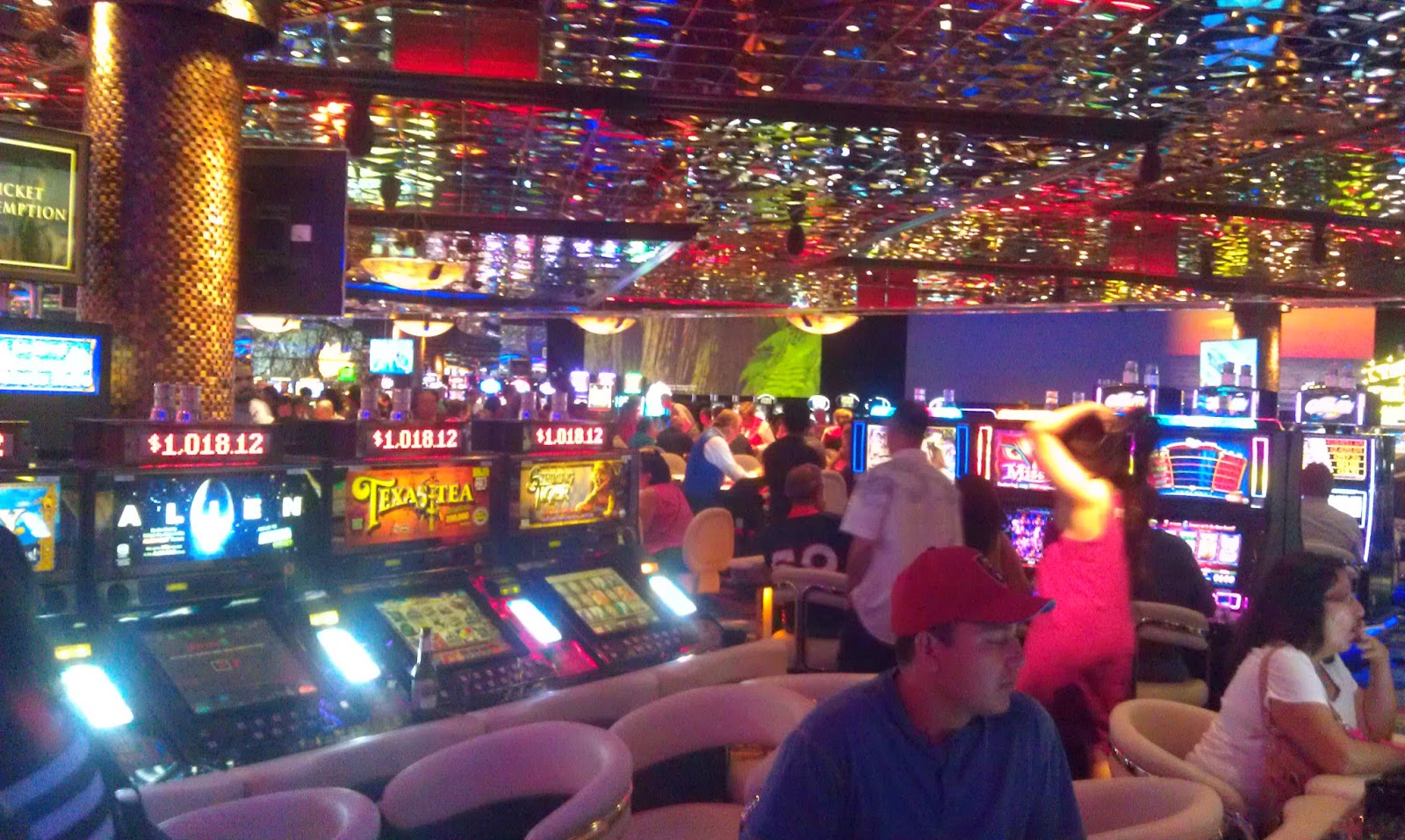 Somehow I managed to get on a machine and put in about $40 before I hit the Red Envelope jackpot on the Fu Dao Le machine for about $105.  I was pretty stoked with this.  I still feel this machine offers the best entertainment and gambling value for low-rollers like myself.  All throughout the trip I got many bonus rounds and mini "hits" but nothing super huge (i.e. over $50) 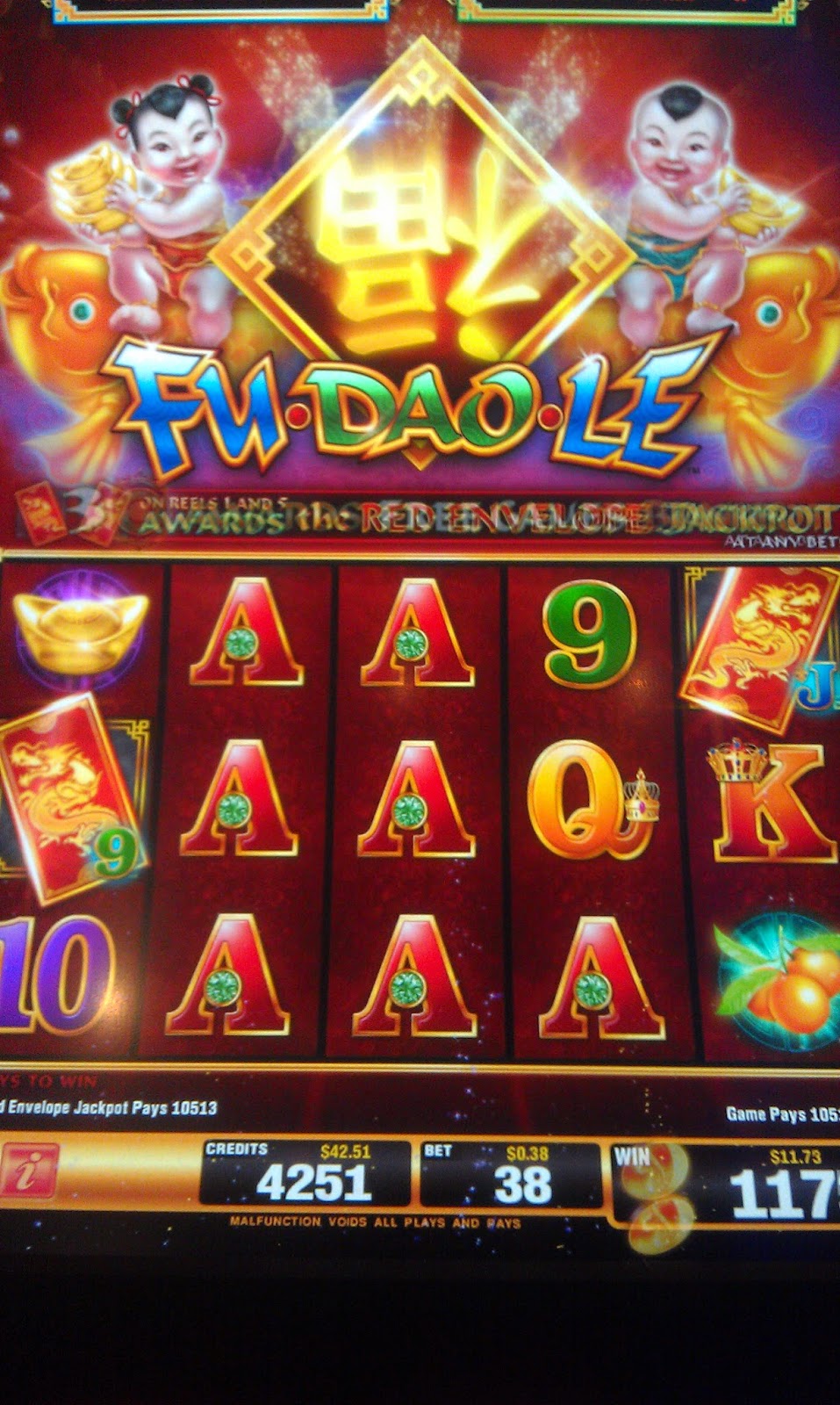 Happy with my winnings (and now up about $50) I waddled over to the buffet.  The line was pretty long and to be honest this was the longest I've waited in line for a Wendover buffet.  It was about a 20 minute wait -- still not a big deal.  Normally the buffet on Sunday is pretty affordable, but being it was a holiday weekend they had raised the price -- and the quality.  I shelled out about $25 and sat down to a really nice meal.  I hit the seafood hard and pretty much pigged out on that:

After eating, I cycled the casino but even though the show was in progress there was hardly an available machine.  I tossed in a dollar here and there, but didn't have much luck.

They had a Krazy Kiosk deal, where if you gamble a few bucks, you swipe your player's loyalty card and you get a random prize.  I was hoping for some free play (last time I played I got $10).  I wasn't that lucky this time and got 30 tier points.  I had Shari's card with me, so I gambled on her card for a bit and had the same result.  I don't think I'll get to platinum level this year, but points are points I suppose.

When my food was digested I hit the pool.  I mostly sat in the jacuzzi but did manage a brief swim.  It was nice that even though I was situated at the Rainbow, that I could still use Montego Bay's pool:

By the time I was done with the pool, the show was over and the casino was again a madhouse.  I looked around for one of "my" machines but people were lined up to play them.  I think word has gotten around that these machines pay well and as soon as one person got up, another person would jump in.  I think the low rollers like me are also figuring out the red envelope bonus as well.

I stopped by the Peppermill only to find the same situation.  I didn't even gamble there.

I returned back to the Rainbow and while it was packed, I did manage to squeeze onto several of my favorite machines.  I wound up putting back my $50 profit into the machines there.  I normally don't do well at the Rainbow (just not my place I guess) and wound up packing it in for the night.  All in all, I was probably down $5 for the day.

I still haven't 100% adjusted back to Mountain time from my Euro trip and I found myself up at 3AM.  I tossed and turned until 7:30 and jumped out of bed and did my traditional desert run.

Since I was close to the Leppy Hills Trail System, I went there.  I've run on it a bunch of times before, but managed to snap a few pictures.  After tracing it on http://www.mapmyrun.com/ I can now realize why I find this run so incredibly challenging: it includes 500 feet of elevation climb in the first 4 miles. It is a pretty run, but I always worry about creepos out there and rattlesnakes.  Luckily, it was all-clear. 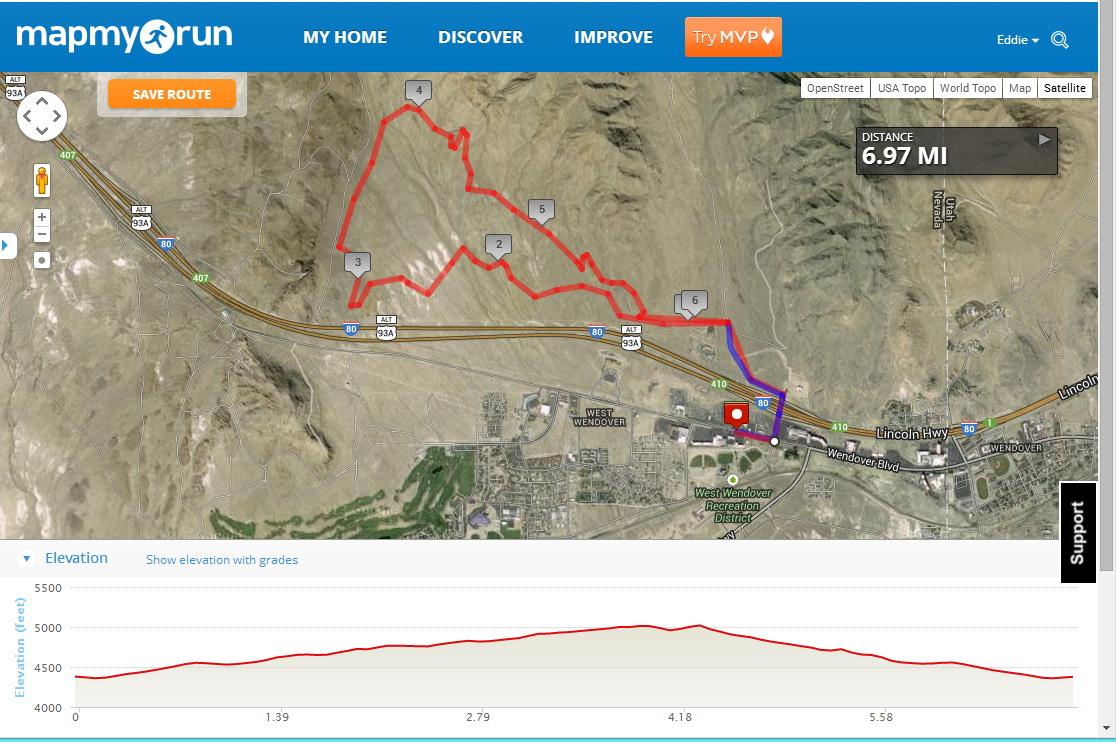 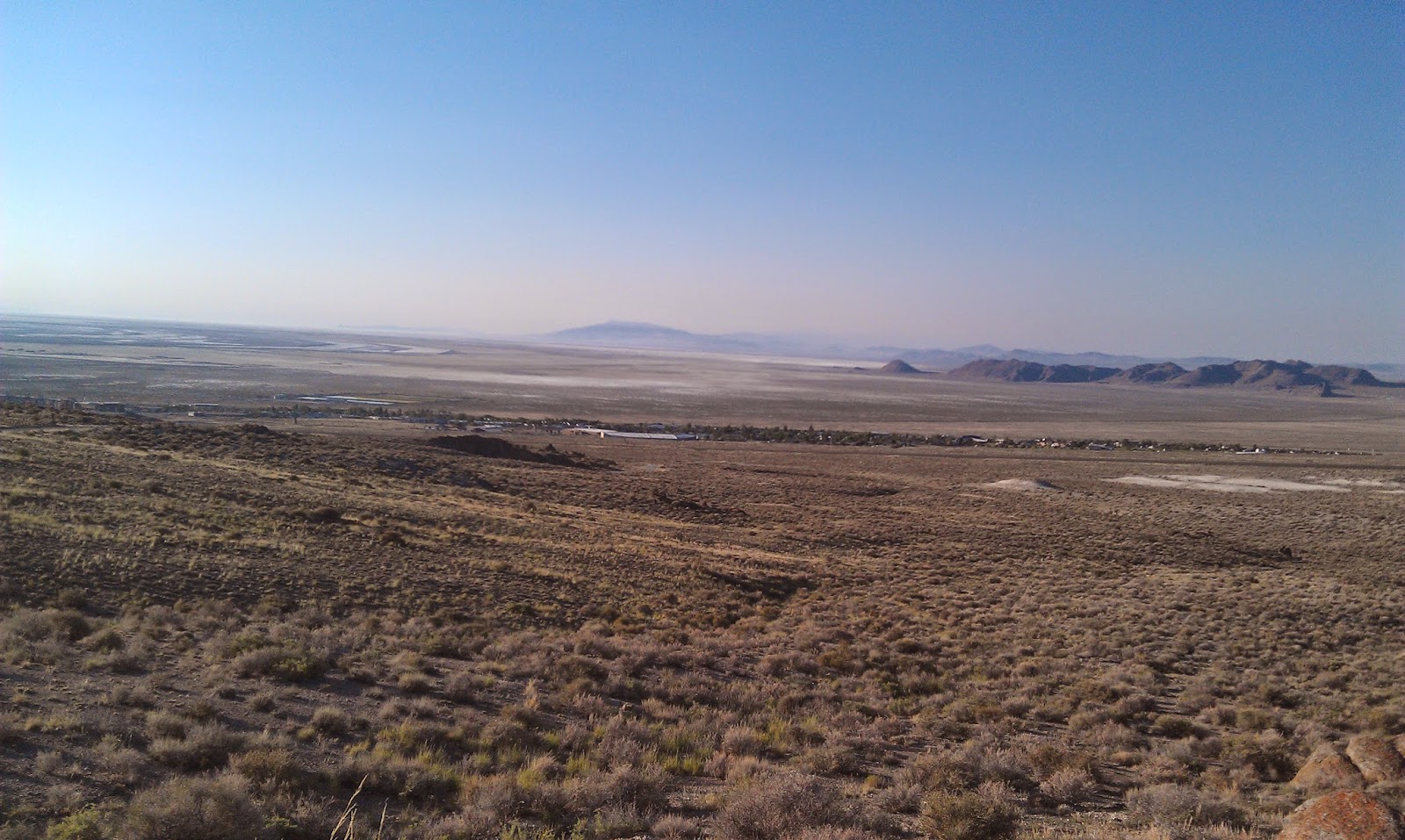 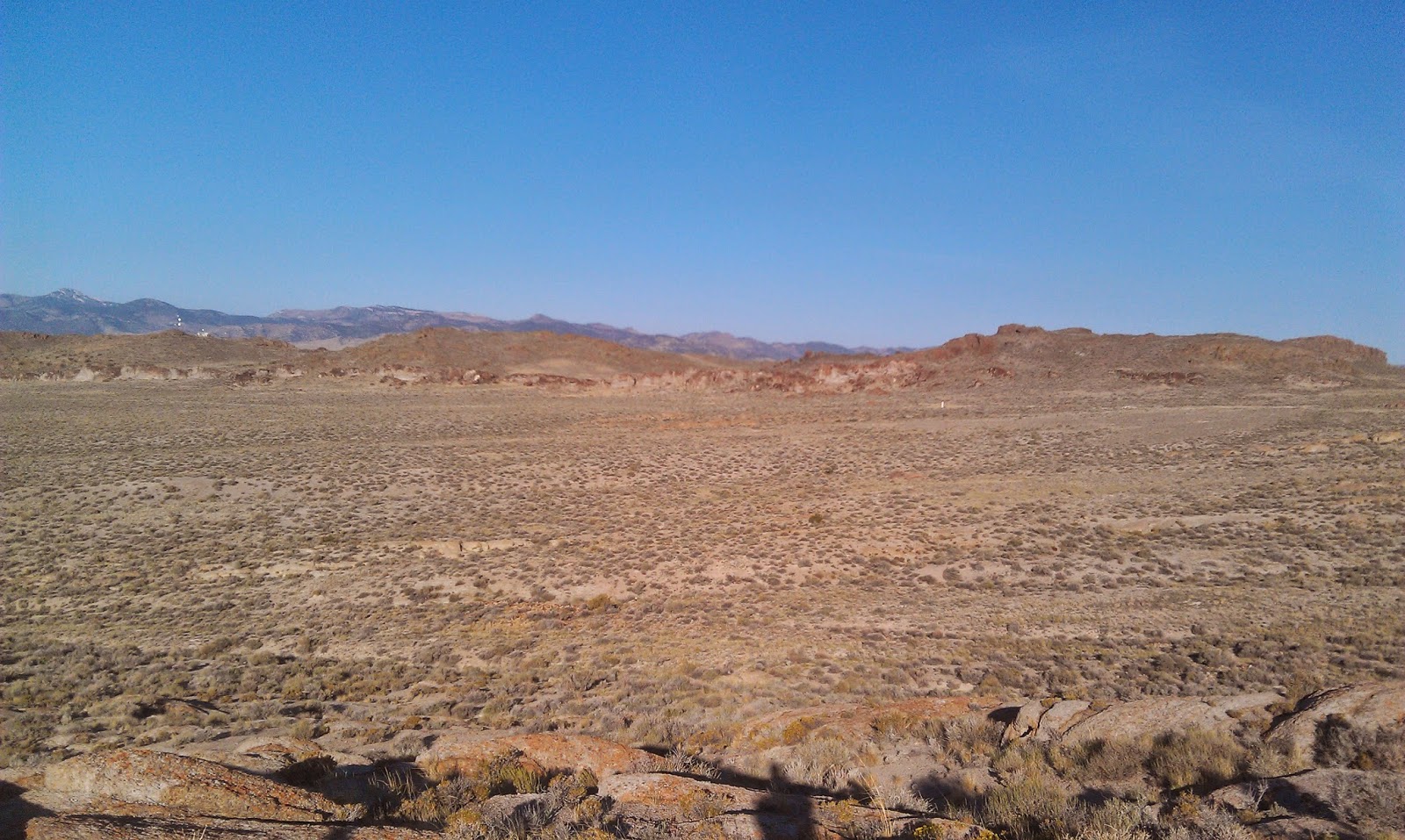 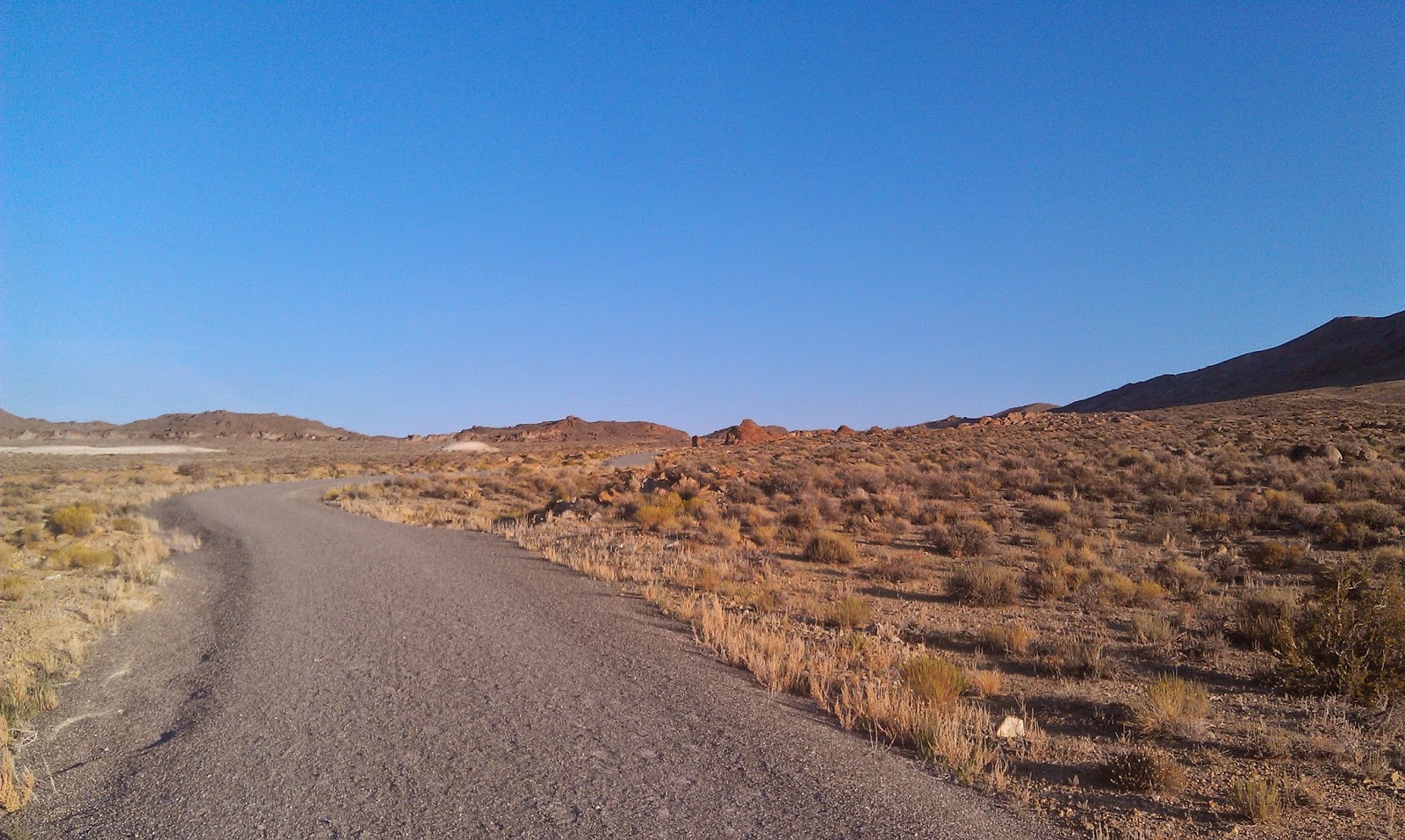 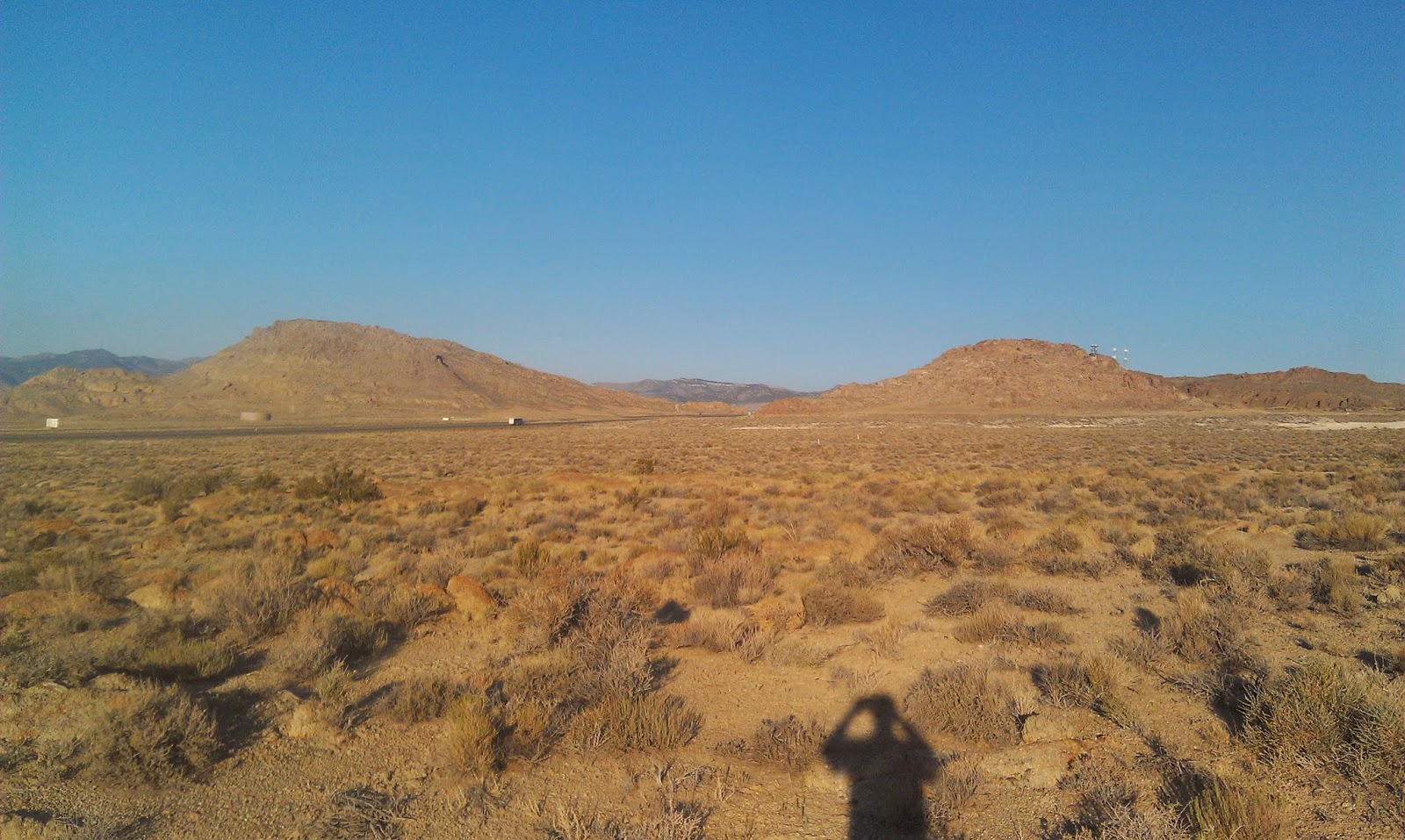 After cleaning up, I showered and discovered I had dumped my water bottle all over my only shorts.  So I had to use the blow dryer to dry them.  Let's just say that one of my pant legs was soggy for about 30 minutes.

I went over to the Montego Bay.  Hands down, they offer the best buffet in town and I hate to eat anywhere else.  Peppermill's food is cold and the help there tends to be surly.  The Rainbow is passable, but they don't have the selection of food that Montego Bay does.

Their buffet was on par with a Sunday buffet and they were charging a bit more for it.  I didn't eat anything new but I certainly enjoyed this slice of cake (as well as 4 diet cokes and an iced tea).  I also ate for free, using my comp points to save about $18. 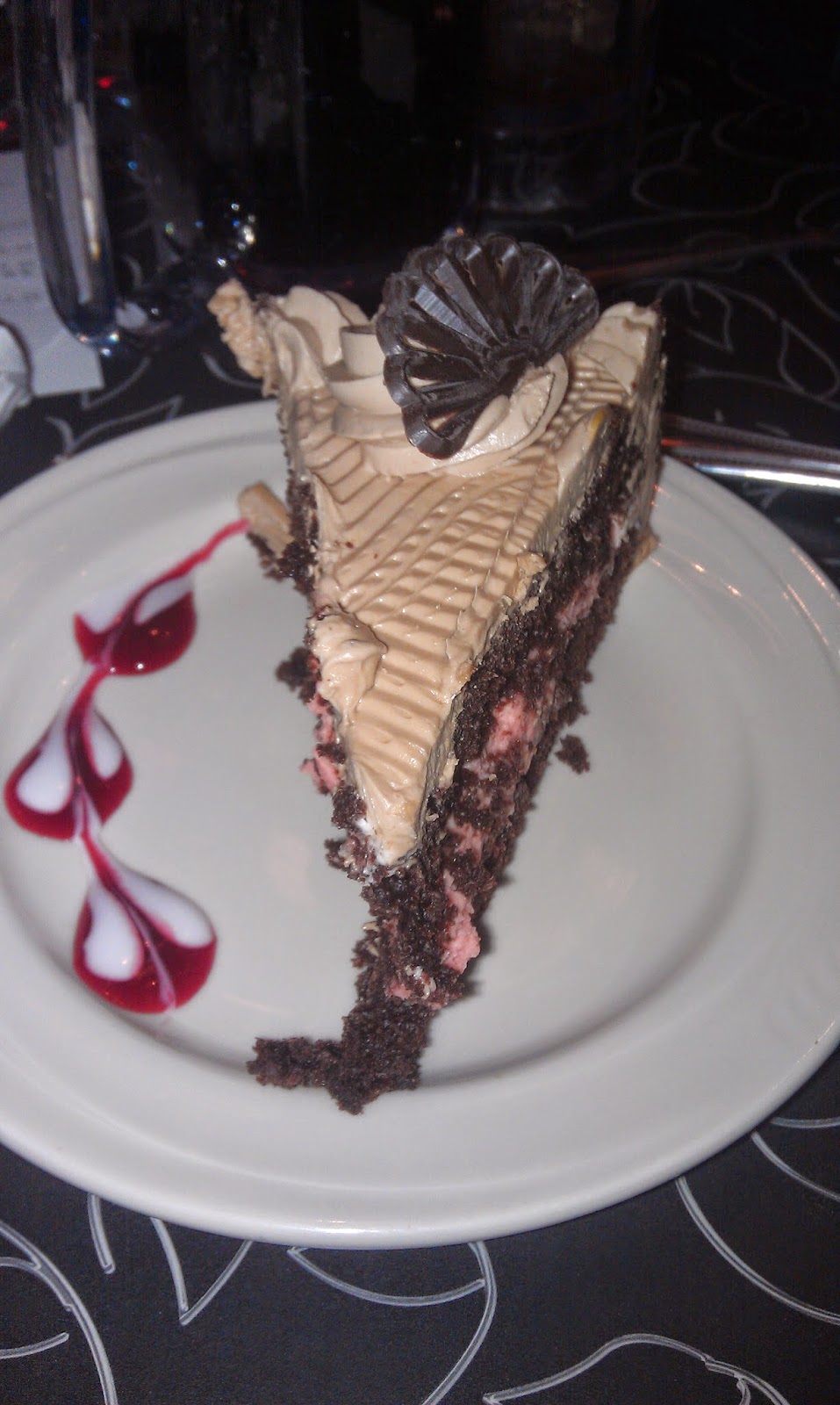 The casino was actually not terribly busy.  Either everyone had gone home the night before, were sleeping it off, or out of money.  I found my favorite bank of machines largely unoccupied.  I jumped on Fu Dao Le again (the same one I had been playing all weekend) and nailed yet another Red Envelope bonus, netting a cool $113. 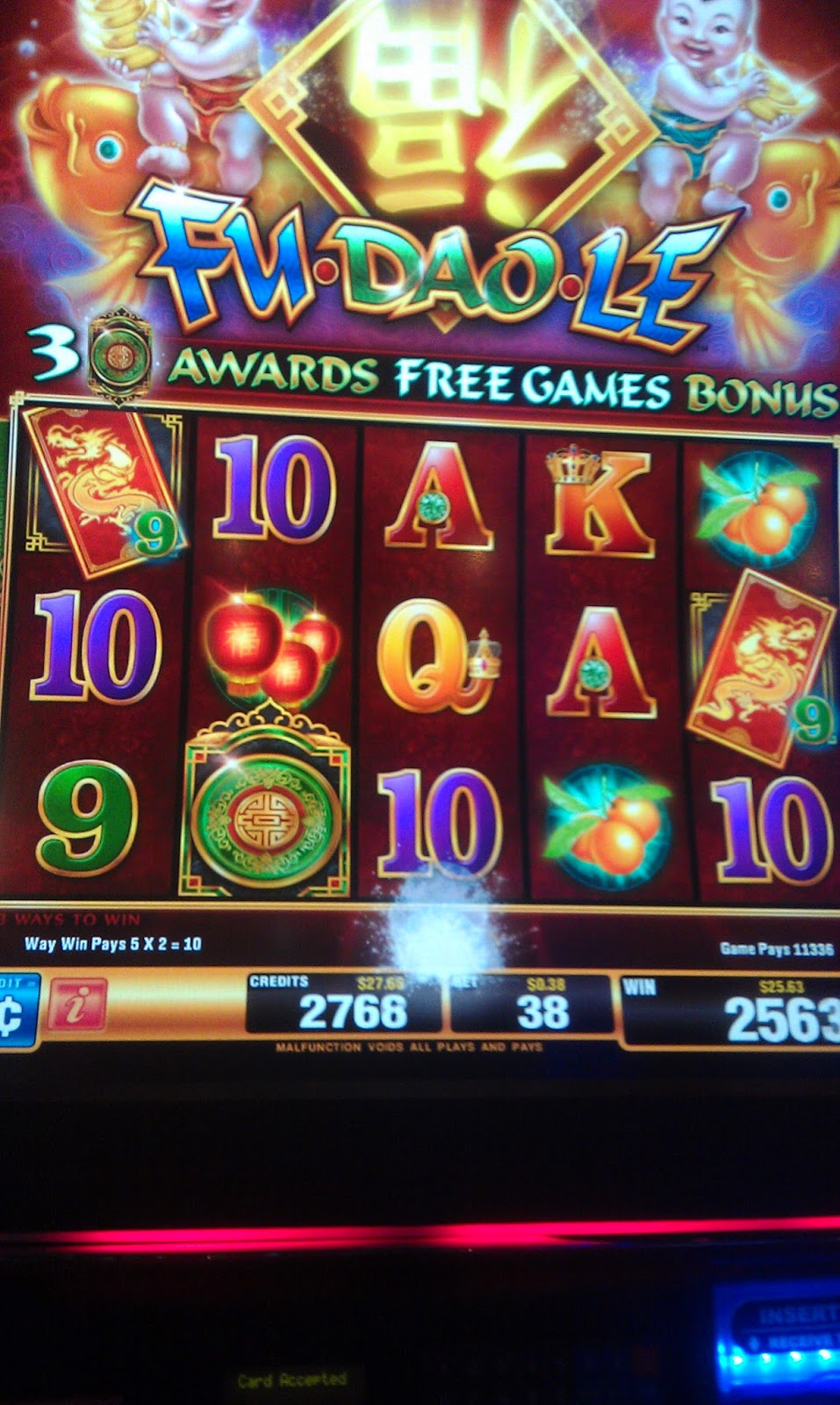