What? Another trip to Wendover?  I thought you were there just a week ago...  Yes... I was just there, but before we had went on the British Isles tour, I had booked a quick Saturday night trip to Wendover to see Country Music singer Clay Walker.  Tickets were cheap and I have several of his albums (do they still call them albums), so I know a lot of his work.  It also didn't hurt that it was 5X comps weekend... how could we resist?

We left the house at about 1pm.  We hit a snag almost right away.  On the 215 freeway they are doing some construction near the I-80 interchange and they had 4 lanes of traffic merging down to 1.  It didn't help that there was an accident there as well (with a kid standing in handcuffs near the side of the freeway).  Rarely is traffic "that" bad in SLC but it came to a near standstill.  Some quick maneuvering got me into the fast lane and that probably saved us a good 20 - 30 minutes, as the slow lanes were not moving at all.  Once we got past the snarl it was smooth sailing the rest of the way.

I saved a few bucks by staying at the Rainbow hotel.  I could've sprung an extra $20 or so for the Montego Bay, but I was already spending about $140 for the room and concert tickets (Saturday nights are never cheap in Wendover) so I kept expenses to a minimum.

We rolled into the Rainbow just shy of 3pm.  Actually given the traffic jam, we made very good time.  We left the luggage in the car and activated our comps and jumped on our favorite machines.  I'll warn you right now, I played Fu Dao Le exclusively the ENTIRE weekend.  I think I dropped $10 in a Super Red Phoenix, but that was it.  Every gambling dollar I played, went into Fu Dao Le which has treated me super well.

The first spin I took got me to the bonus round.  What a way to start!  However, it was a pretty low paying bonus round -- maybe a $10 win at best.

I wound up playing for a good hour.  I'd stick in $100, lose about $40 and then get a rock solid bonus round and bring it up to $110 - $120, cash out and rinse and repeat.  Sadly on my third attempt at this Fu Dao Le went completely cold and I wound up $-50 before it was time to check in.  Shari took a $20 and turned it into a $100 but quickly re-invested it into her machine and squeaked by with a modest profit.

We checked in and I was pleasantly surprised that I was on the west side of the Rainbow.  I figured I had picked the east side.  The west side is the upgraded section and generally costs a few dollars more to stay at.  The room is a bit fresher / more updated and the carpeting smelled brand new.

After settling in we took off for Montego Bay.  We used our comps to pay for most of my dinner (wound up being about $5) and Shari paid for hers outright.  Their Saturday night food fest is actually outstanding and I wound up eating WAY too much.

We gambled some more at Montego Bay and I dropped another $20 into a machine.  My luck wasn't very good but we were doing the majority of our gambling today since it was the 5X comps.  It was busy for Saturday night, but nothing like last weekend and we could easily get around and find machines. Even if we didn't win, we were earning points to more free food.

Around 6:30 we drove over to the Peppermill Concert Hall.  We had fantastic seats -- first row in the second area.  I want to say that I've sat in those EXACT same seats now at least twice.

The show started a bit late (about 15 minutes) but Clay Walker kicked some serious butt.  I expected a pretty sedate show, but he had the place jumping playing both old and new hits.  Some of the songs I haven't heard in a while and they brought back a lot of memories.

Unfortunately, we did have a bozo who didn't sit down the entire show in front of us.  It didn't obstruct my view, but the people next to us moved on and Shari was leaning on me most of the show.
In short, though, I would definitely see this show again. 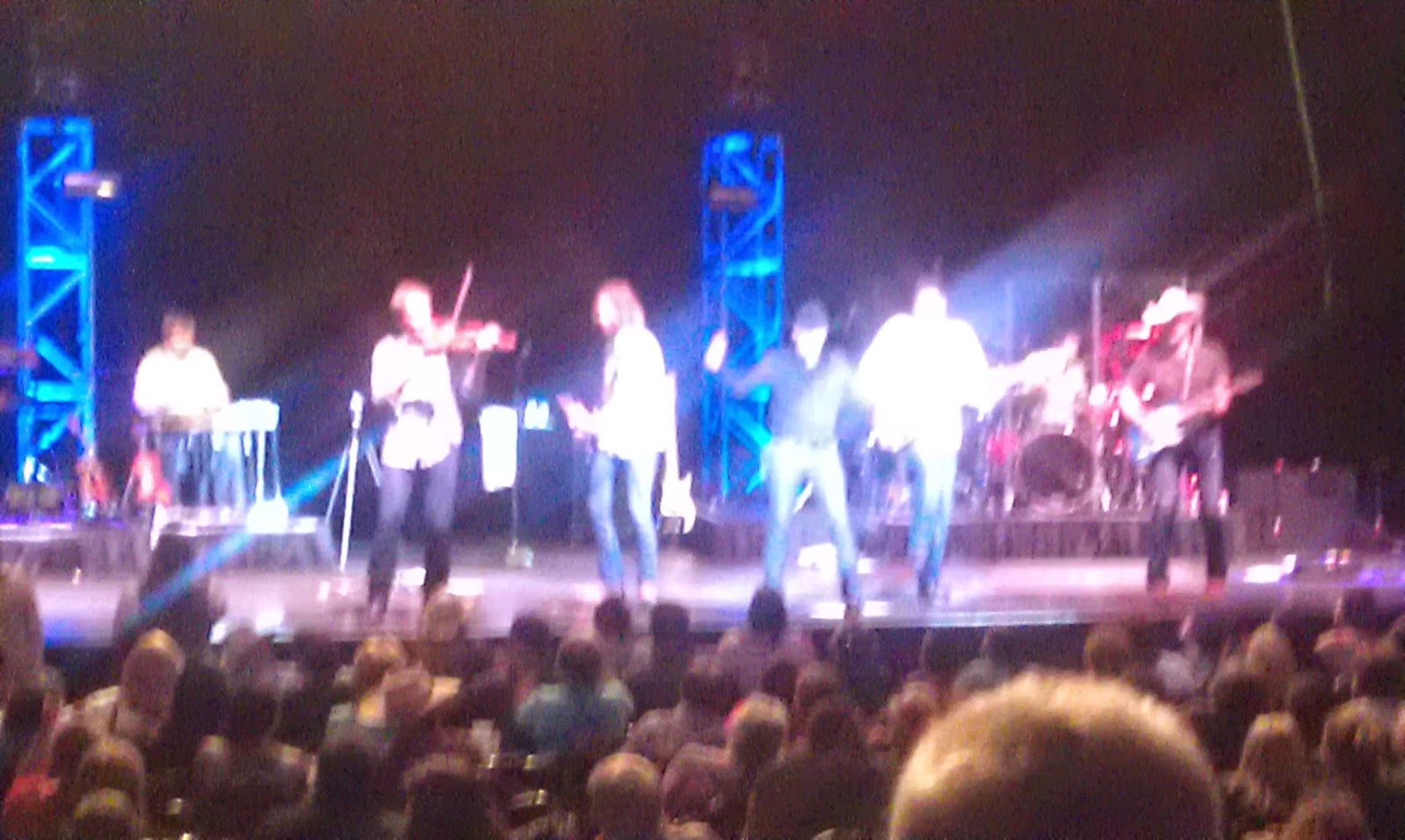 After the show, we wandered over to the Peppermill, but all of our favorite machines were occupied.  We cycled around the place and decided that I wanted to swim and Shari wanted to go gamble at the Rainbow.  So I dropped her off at the Rainbow and hit the pool for about 40 minutes.  It was an awesome night cap although the jacuzzi made me too warm and I found it difficult to sleep that night. 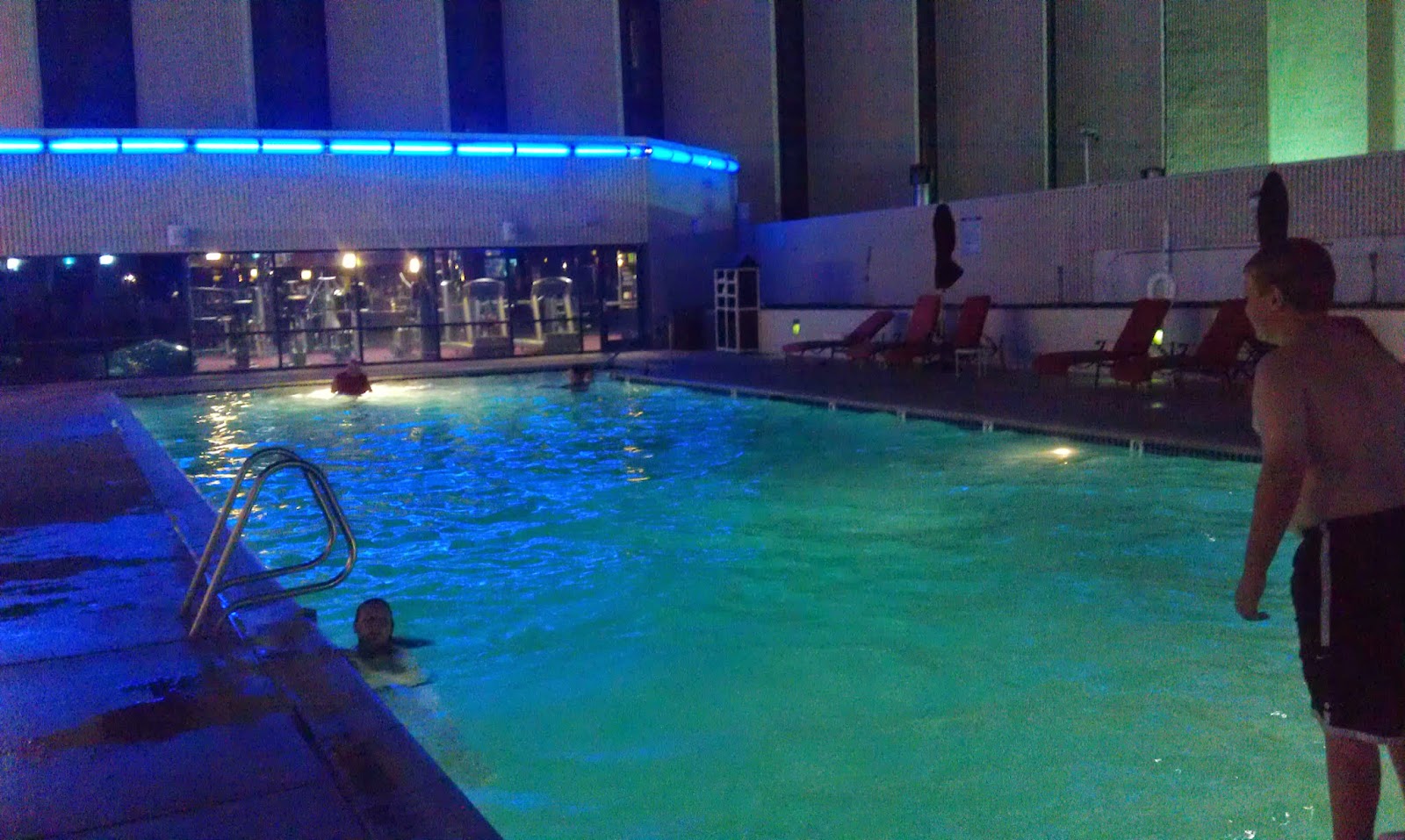 After cleaning up, I went down to the casino and threw in a $100 into Fu Dao Le.  I've always had good luck with that machine, but sadly it mostly took my $100.   By the end of the night I was pretty much down about $100 for the day.

I ran back to the Rainbow and Shari convinced me to try my luck there again, but, I was just throwing good money after bad at that point.  While I was having fun and getting some play, I wasn't getting any $100 jackpots and the few rounds of excitement I did get netted me $10 - $15...  sigh.

We wound up crashing at about 11pm.  I slept extremely poorly.  The combination of not winning, an overly warm room (Shari had turned down the AC claiming it was "too cold"), and the excitement of tomorrow kept me tossing and turning most of the night.

I woke up at about 8:30.  As you know, I have jumper's knee and running can be extremely painful.  So what did I do?  I went running.  Yeah smart idea, I know.

The first quarter mile wasn't bad -- yeah I am cured, I thought.  But after that it got to be a dull ache.  If I stopped to take a photo it was painful to resume, but once I was rolling I was fine.  I was on mostly dirt road (I twisted my ankle twice) and the run to where I turned around was absolutely tough.  It was about an 800 foot climb over 3 miles so my pace wasn't too great, but I rocked it on the way back.  Once the weather cools and I am less injured I am hoping to a 13 - 15 mile jaunt back there.  However, once you get past 3 miles there is no cell phone connection... kind of scary. 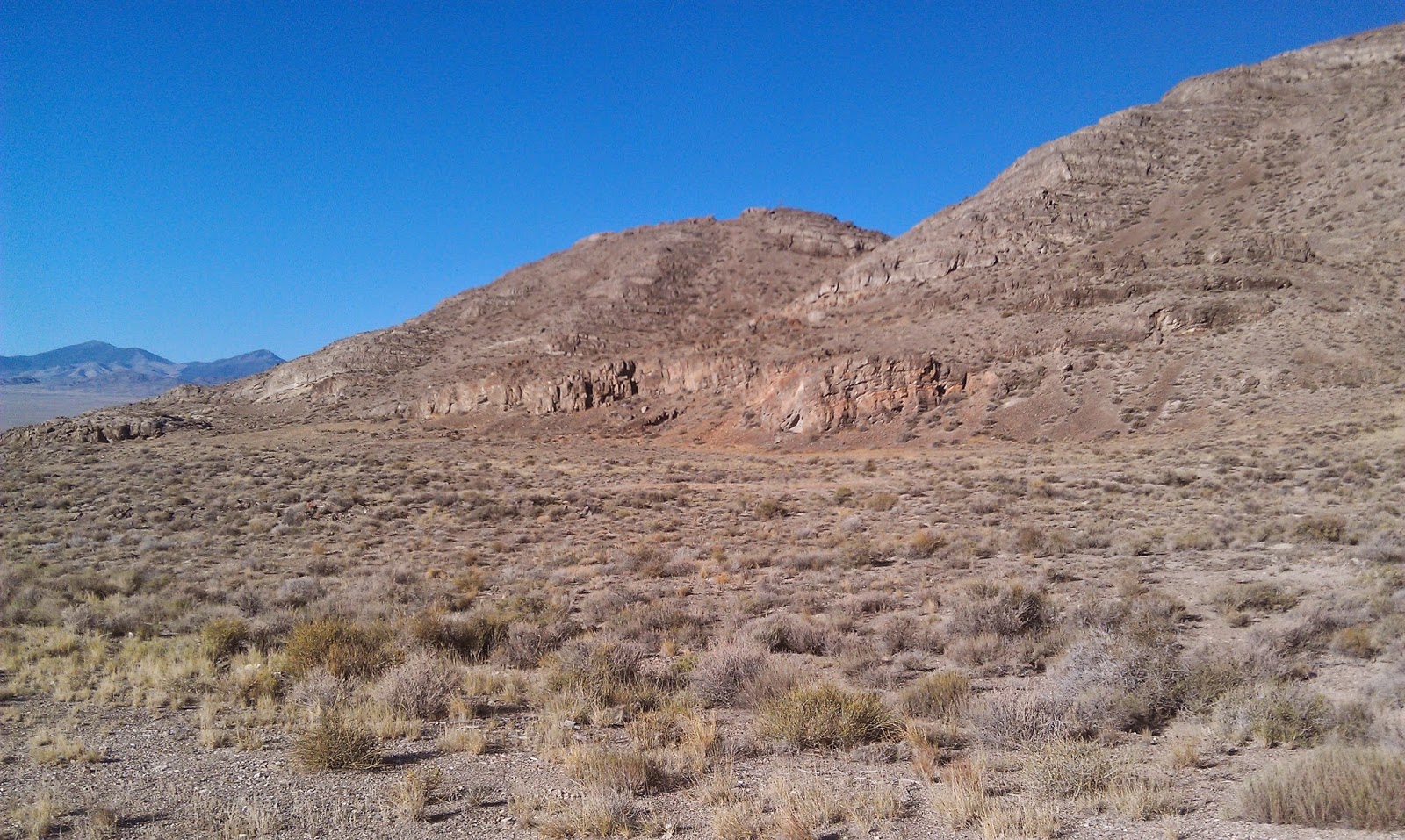 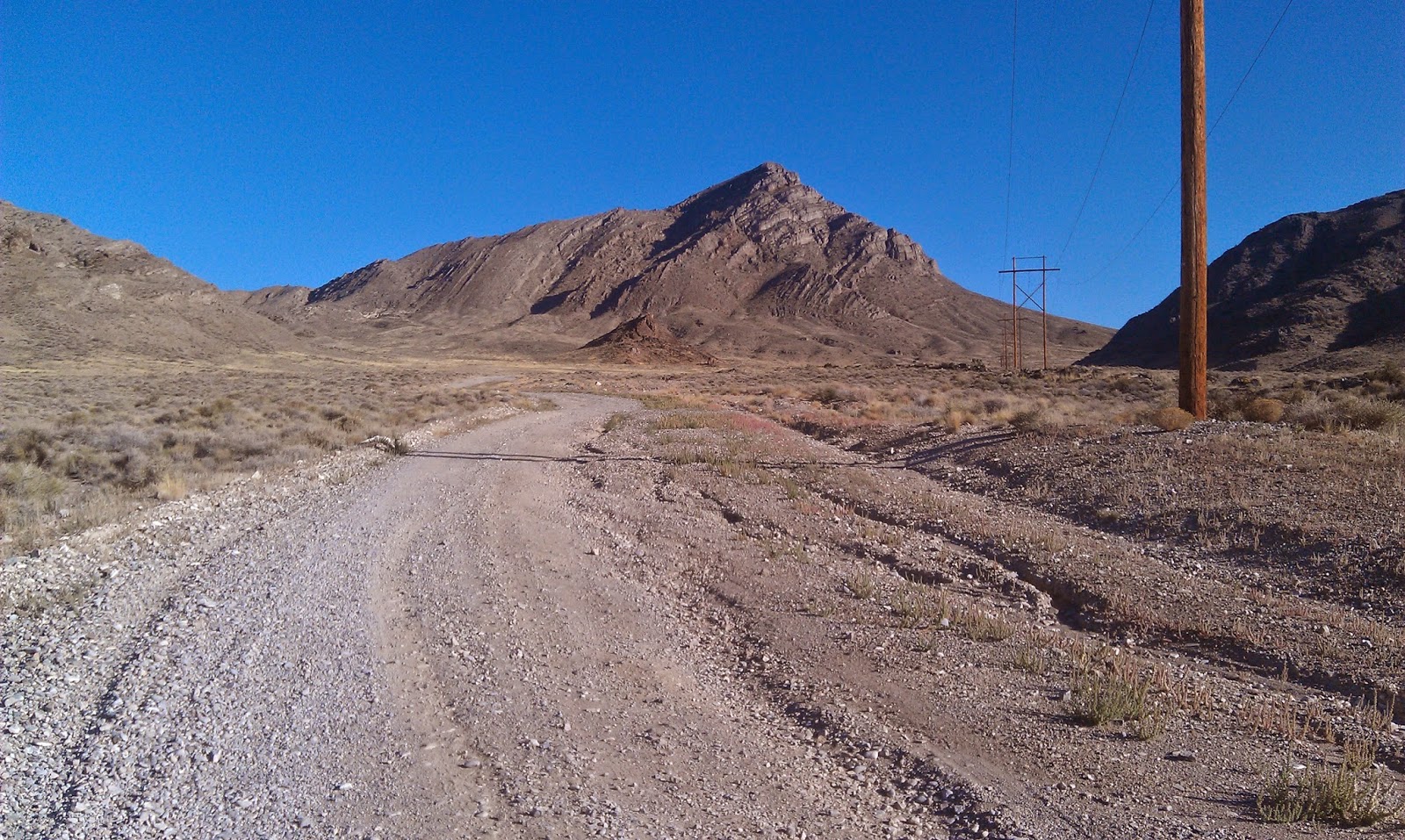 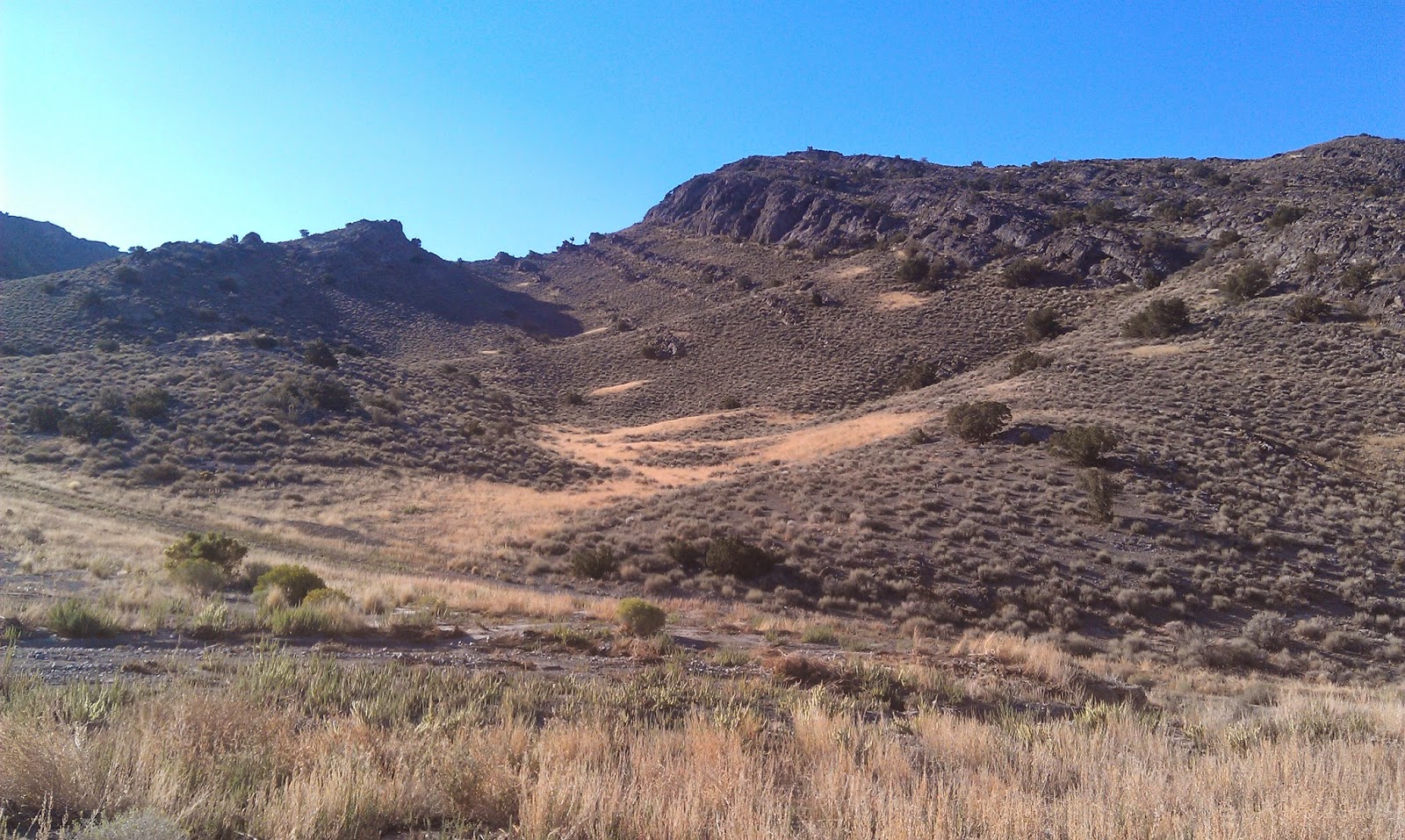 Upon arriving back to the room, I iced down.  I am finding that ice is my best friend when it comes to this injury. 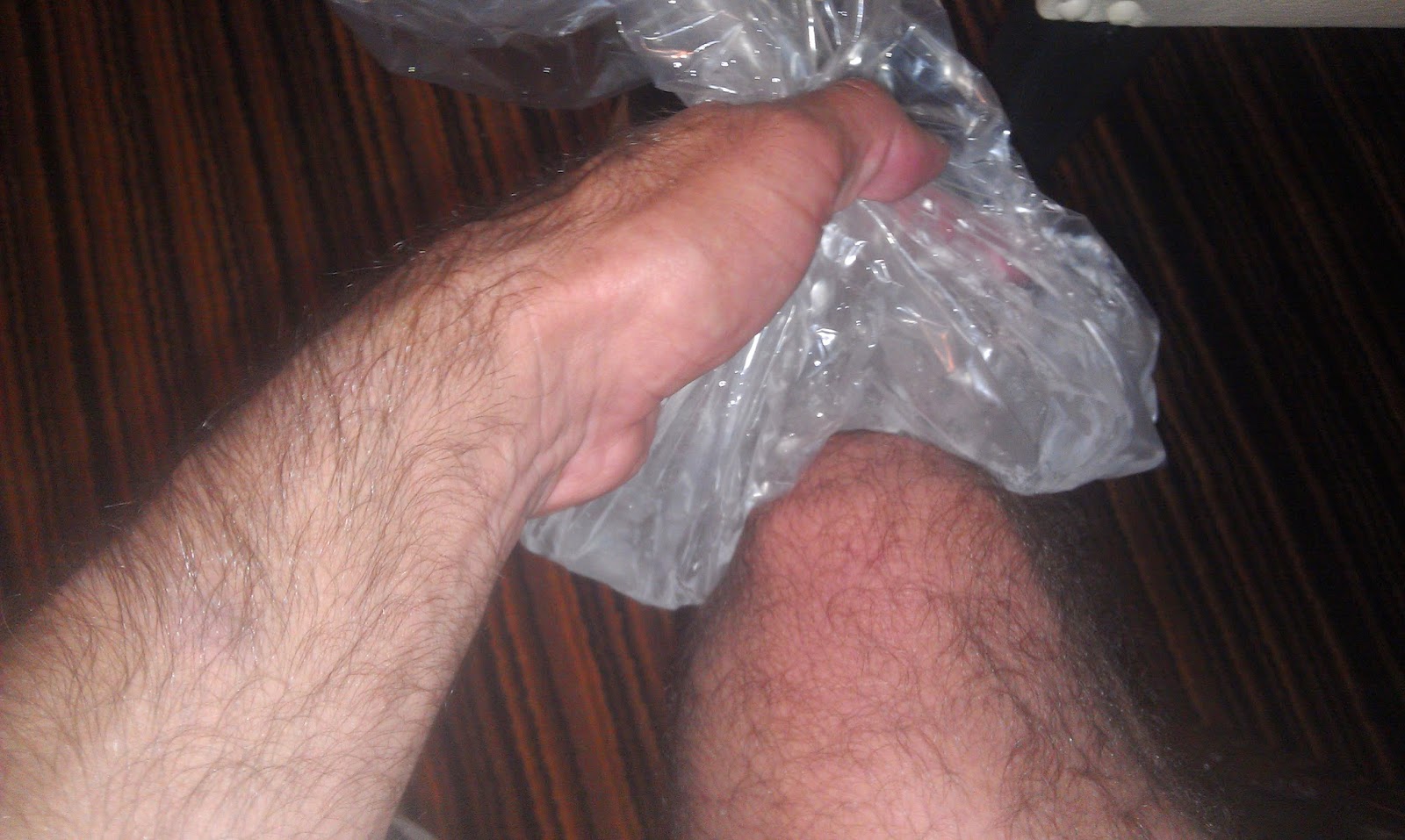 Shari and I had the room all day Sunday -- I had a free room coming my way, so I just extended our stay.  We weren't planning on staying all day Sunday, but it did give us the luxury of a late checkout so to speak.

We headed on over to Montego Bay and we used a 2-for-1 buffet pass and wound up eating for $18 between the two of us.  I was ravenous after my 6.5 mile run and it hit the spot.


Afterwards I reluctantly gambled some more.  I was already down about $180 but Shari was encouraging me to gamble what little I had left.

I found a Fu Dao Le and made a $20 profit and cashed out.  We wandered around and watched a guy playing $8.88 a pop on a Fu Dao Le machine.  It was interesting seeing the dynamics of the game -- you certainly get a LOT better chances at the red envelope bonus and anytime you get a set of wilds, you are pretty much guaranteed a trip to a mini jackpot.  It was a bit gut wrenching though to see the guy start at $1000, go down to $300 and then climb back up to over $800.

After he left, I put in a $20, lost it, and put in my last $100.  I was betting a bit more aggressively and wound up hitting a good jackpot while better high and made a very small profit.  Happy to at least end on a high note, we headed out of Montego Bay.

We got our stuff together back at the Rainbow and watched some TV before taking off just after 2pm.

Not a good trip gambling wise.  I think Shari lost her $60 she came with.  She claims she physically lost $20 somewhere (whether it fell out of her purse, imagined it, or what not, we aren't sure).  I was down about $160.  So it was an expensive weekend (but at least the hotel was paid for last month)

The show was fantastic and between the two of us, we ate like kings (and queens) for about $40.  The Montego Bay buffet continues to be the go-to food place for us.

Hopefully I have better luck next time.
Posted by Eddie Gaul at 6:54 PM