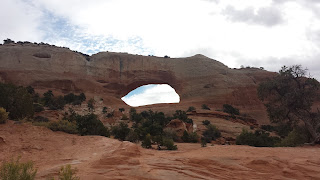 Our plan, initially, was to try and make a quick pass through Arches National Park and get some pictures of the arches.  I was traveling with two people who don't hike, let alone adventure much, who also wanted to see it.

When we passed through the entrance we noticed that there was a mile long line of cars coming in from Moab just waiting to get into the park.  We were coming in from the north, so I may have been able to short-cut the line, but just from the looks of it and the brief yet steep climb to the top had my two passengers second guessing their desire to see the arches.

We wound up by passing the park and I made a mental note to get down here and check it out on my own at some point.

I made it through Moab and figured that I wouldn't get to see some of the fabled arches that litter the area, when I saw, off to the side of the road, a pull off section.  There, above the road maverick, was Wilson's Arch.

I spent a few moments photographing the lower portion of the arch before spying a steep, dirt trail that presumably led to the top.  Figuring it would only take a few minutes to get to the top (it did) I took the opportunity to see what lay beyond the arch.

Simply put, the views were pretty amazing and best of all, this detour was free: 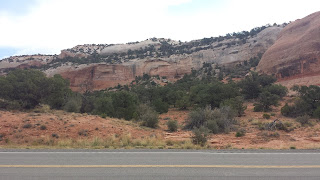 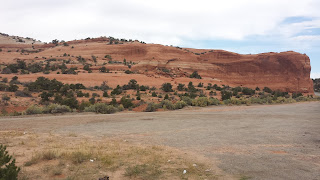 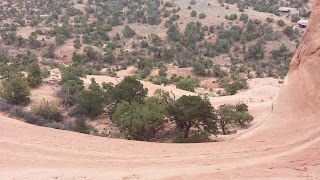