This past weekend I made another trip to West Wendover.  Yeah I know, this makes like 3 times in the past 6 weeks.  But once again, I found another cheap show that I wanted to see: Dokken and Firehouse -- two eighties metal bands.  But I'll go into that in more detail in a subsequent post.

We took off Saturday morning in hopes of getting to West Wendover before the breakfast buffet ended.  They usually start to take out the breakfast goodies around noon and believe me, they have some good breakfast treats.

We stopped at the bank and headed out at 9:15 with the aim of getting there at 11AM.  I was pleasantly surprised to see 80 mph speed limit signs just as soon as we got past Tooele.  Wow, I had heard the new speed limits were coming, but wasn't expecting them quite yet.  I instantly put the car into cruise control at 83mph and the usual 100 minute trip wound up taking about 90.

We ate breakfast and were shocked when we got into the room just a hair after 1pm.  Wow.  Normally the rooms aren't available until after 3.  We had a long walk to / from the casino, but at least we had a place to cool our jets for a bit.

The breakfast buffet didn't agree with me.  I think I ate WAY too much too quickly and I paid the price.  Luckily I had the room and a place to rest.  After a quick nap I managed to hit the jacuzzi and met some people from Hanna, Utah.  After talking with them, I think I am going to head on out there to see the fall colors.

We gambled a bit at Montego Bay and wasn't getting very much action for our money.  We limped our way down the road to the Rainbow Hotel and Casino.  Shari claims to have better luck there and sure enough she did... winning $80 on a machine.

I finally got the courage to jump into a Texas Hold'em Game.  Last year, you could play a 2-5 spread limit game but these days you either play no-limit, tournaments, or 2 - 10 spread limit.  To me, that seems a bit steep but I decided to try it out and plunked down $80.

Within a few minutes I had won two HUGE pots.  One of with two pairs on a KQ and a high King Pair.  The play at the table was fairly aggressive, but I only played strong hands.  Either way after about 30 minutes I probably had well over $200 sitting in front of me.  I had a few hot hands in the intervening hour or so, but I wasn't getting any connector cards.  Around 6pm I scooped up my $171 and told everyone I was going to show.  I hated to do a win and dash but that really wasn't true -- I had been there for close to 90 minutes.

After the show, Shari had gone to bed, but I ate another buffet.  I know -- not that smart after an upset stomach, but I did anyways.  I don't think I've ever had their Saturday night buffet.  They charge a bit more for it and I was pleased to find a good selection of high-end seafood.  It wasn't the Friday night kind, but it was good.  It was also packed at 10pm too.  I guess people were filling up for a long night.

I wound up gambling about $20 into the slot machines and I got very little play and called it a night.

I slept horribly.  I think I had a slice of cake that was laced with coffee or espresso.  Either way I was up all night, sweating and tossing and turning.  I am fairly sensitive to caffeine.  Not to mention that a group of twenty-something a$$holes were slamming doors, singing, and yelling in the hallway until 3AM.  They weren't continuous and would come and go, but talk about being a$$holes.  I really didn't fall asleep until 4AM and was up at 8:30 or so.

I was really hoping to get in an early run and check out the Leppy Trails just outside of town, but I was in no shape to do anything.

Shari and I swiped our loyalty cards and earned a free buffet and $10 free play.  We had a good breakfast buffet and I placed $25 bets on the Bears and the Seahawks -- which I won the Seahawks bet in overtime.  Shari and I goofed around with more slots and while I was hoping to jump in and play a little poker, I knew we had to get back to SLC as we left a messy apartment.

The trip home was uneventful and I enjoyed hitting the new speed limit.

Not sure when the next Wendover trip is.  We are thinking of seeing Frank Caliendo at the end of October and I have a bunch of free weekday room coupons we are thinking of using (plus free food).  So who knows.

Either way, Shari and I both came home in the black.  We got a $50 weekend room, 2 free buffets, $10 of free play and we each had a bit more money than what we left with.  So good trip. 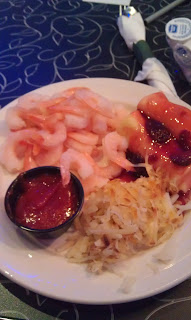 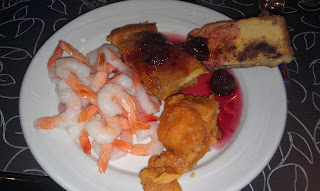 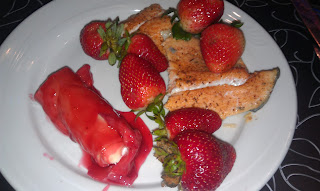 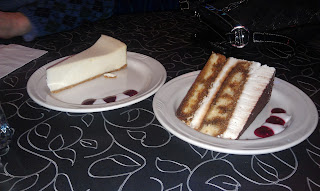 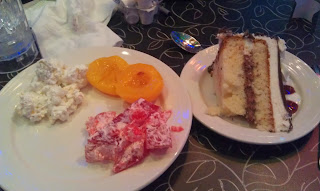 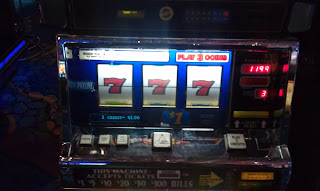 Wishing I had nailed this 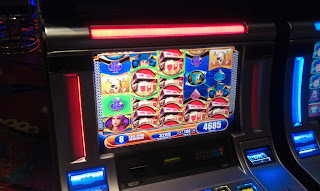 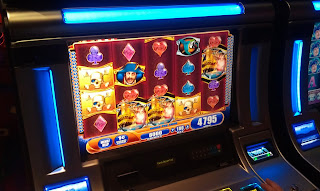 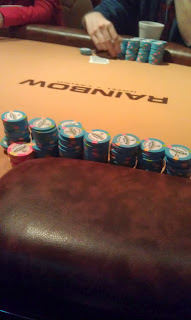 The height of my chip collection. The pinks are $5s the blues are $1s 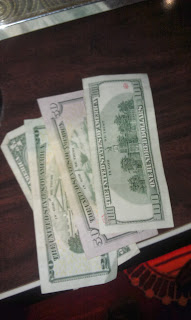 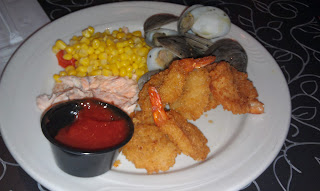 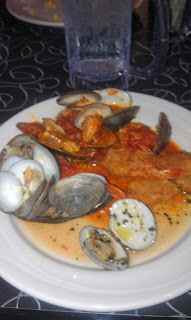 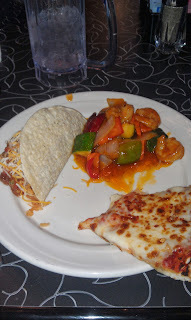 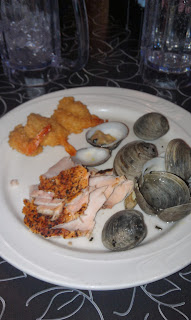 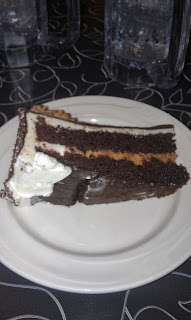 I think this accursed piece of cake kept me up ALL night. 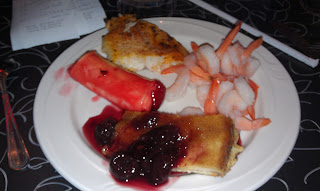 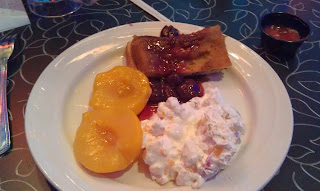 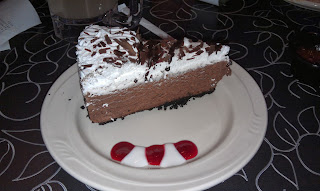