This series is all about my trip to Nevada for the Race to the Angel half marathon. For it to make sense be sure to start in chronological order.

After the half marathon and eating, I headed west.  Elko is about a 45 minute drive from Wells.  I had been looking forward to visiting Elko for a while.  I have an unnatural preoccupation with everything "Nevada" and an occasional reader of the Elko Newspaper I was really looking forward to seeing what this town looked like.

The trip was pretty uneventful but still very interesting to me.  There were a few map dot towns (including a ghost town that I sort of want to check out called Deeth).  I checked into the Elko Red Lion.  I arrived at 2 pm, probably smelling frightful as I hadn't showered yet.  My room was available and I just about jumped for joy.  The last thing I felt like doing was hanging around the casino for 2 hours feeling sticky and gross.

I took advantage of their pool -- which was nice but it really needs a jacuzzi.  They have a wonderful gym.  They boast a modern casino and the only live poker room in Elko.  I inquired in there and there wasn't any limit games or tournaments.  They also have a wonderful gym (which I didn't use).

The room was awesome.  Very clean and modern.  I was paying a pretty penny to stay there (about $120 for a Saturday night) so I expected it to be nice.  The room was super comfortable and I slept like a baby all night.  I would definitely stay here again!

I expected a bigger casino but it certainly had everything I wanted.  I was surprised while playing video poker.  I pressed "cash out" on it and expected a ticket to pop out.  Instead, I got $22 worth of nickles.  I was sort of embarrassed carrying that many nickles to the cashier.  It probably has been about 10 years since I've had to do that.  Most of their machines are ticket based, but I guess they have a bunch of video pokers that are legacy machines.

I tried to get into a poker game, but they didn't have any tournaments and they only had no-limit poker.  I am always hesitant going to no-limit games because they can get a little heavy.  I like to play but I don't want to be going up against a guy who doesn't care about his money and is willing to go heavy on every hand.  That's no fun for everyone.

I hit up the Red Lion casino as well as their sister property across the street, Gold Country Inn.  I want to say I had a fabulous time gambling.  Their machines at least to me, paid off very nicely.  I'd put in a $20 and walk away with a profit.  It was mostly pretty marginal but it all adds up.  There were only a few times where I put money in and walked away empty handed.  If I hadn't made my sports bets, I would've come home richer than what I left.

I quickly amassed enough loyalty points for a free t-shirt -- which is actually pretty cool.  Usually most t-shirts are crap and I won't wear them, but this one I will wear.  Nice little perk.

I was told their buffet rivaled that of one from Wendover's.  I want to say: they haven't tried a Wendover buffet recently.  Their buffet was a bit pricey and to be honest, only a step above Golden Corral.  While I ate my fill, I was disappointed.  I expected more desserts and certainly more variety.  I think I did 2 or 3 plates with the exact same things on it and opted at that point to go for salad and then dessert.  Not a highlight on my trip at all.

Overall I expected Elko to be a bit more casino-ified, but it seemed like a normal community with an older section, a few casinos thrown along the main drag and a lot of residential stuff.  It looks like a nice place to raise a family.  While I understand there are bordellos outside of town, I didn't see anything out of the ordinary.

Next up Lamoille Canyon -- just out of Elko. 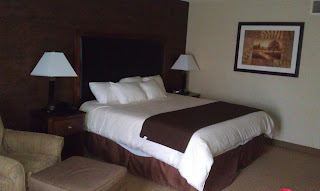 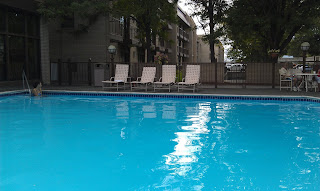 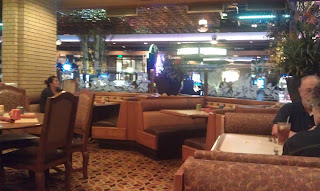 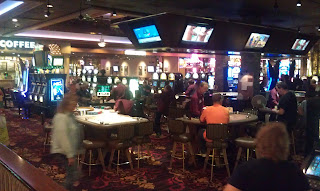 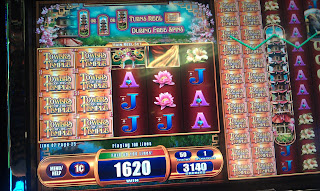 Yee Haw! Towers of the Temple game, which was generous to me. 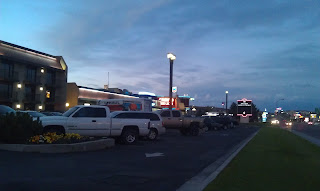 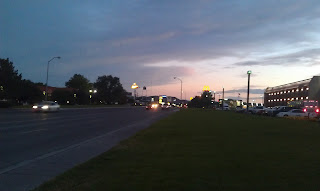 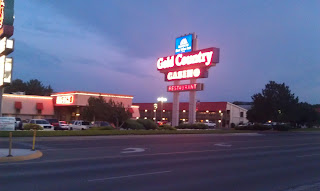 The casino across the street from the Red Lion 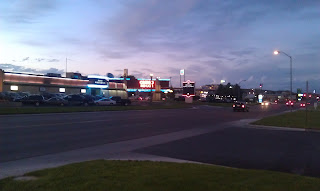 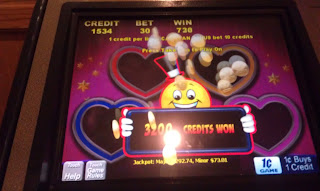 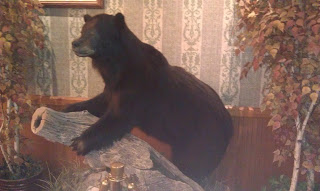 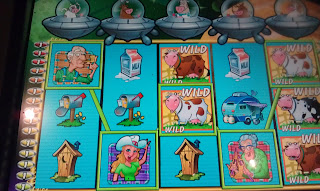 I love it when Planet Moolah pays off 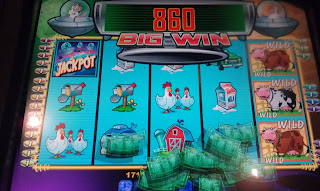 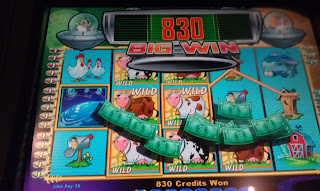 Yet another sweet win 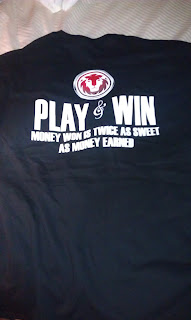 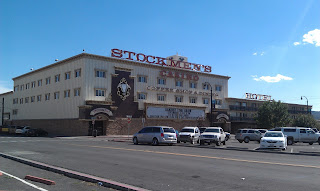 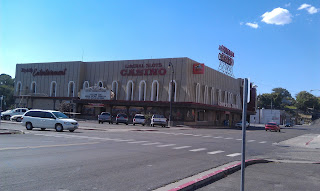 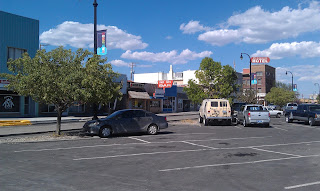 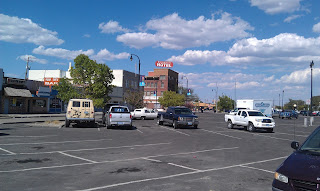 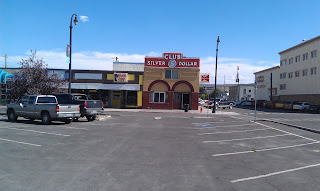 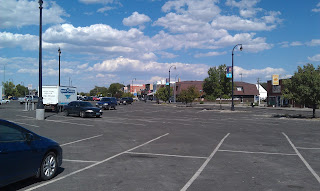