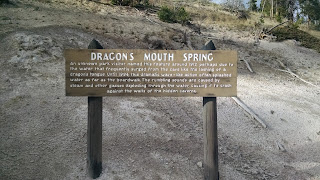 After running a marathon what do I normally do?  I go hiking and sight seeing, of course.

Since I was hanging with my manager and his wife (and they were driving), one of the places they wanted to make a revisit too was Yellowstone.  I was in for a treat as Yellowstone National Park is an absolutely huge park with lots to see and do.  You could spend a month in there and probably not see everything.

So with a few hours to spare we made a jaunt from the southern entrance to about the middle and hooked our way to the west a bit.

One of the stops that we made was at the Sulfur Cauldrons.  There are two sections to this stop and basically they involve some short walks where you can see bubbling water + mud coming from the earth.  Also the area reeked of sulfur -- I suppose if you wanted a sample of what hell might smell like, this place would definitely give you a sample.

I was really impressed with this area as you can see billowing steam + smoke coming from the ground.  Also, the puddles of water on the ground were literally boiling from the heat below.  You really didn't have to walk very far to experience the area, which was nice on my marathon battered legs.

The highlight of the area was the Dragon's Mouth Spring.  There was a large-mouthed cavern that was just bellowing huge clouds of smoke.  The heat from the internal water was causing a rhythmic wave that made it sound like a dungeon door was opening and closing.  It truly sounded scary.

Just as we were leaving the area I spotted some movement in a distant clump of trees.  Sure enough I managed to spot some buffalo.  It turns out today though that buffalo were pretty much a dime a dozen, but still pretty cool. 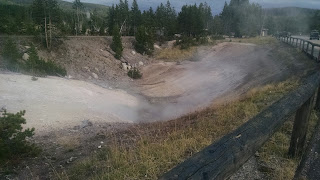 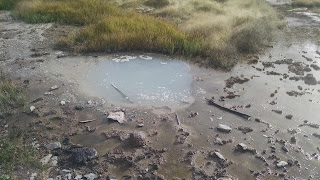 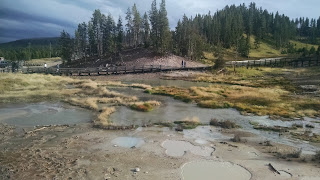 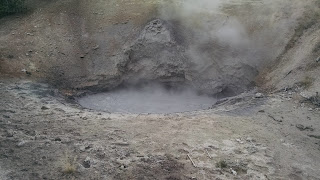 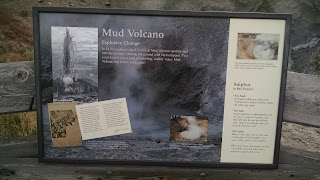 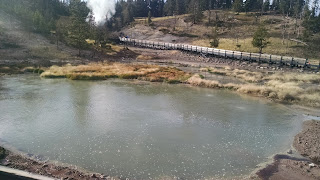 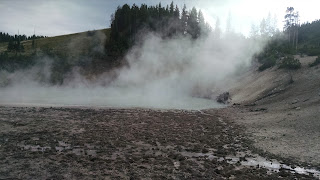 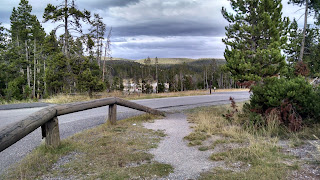 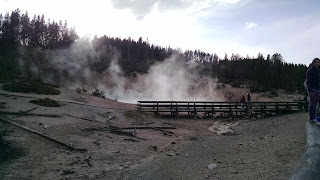 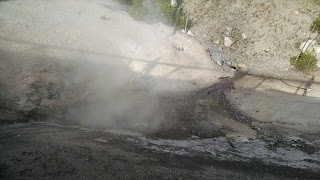 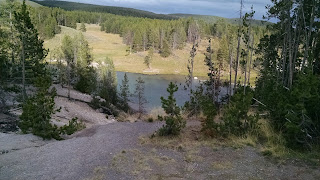 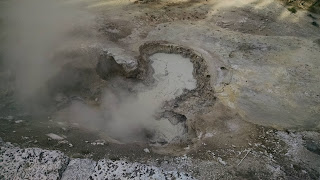 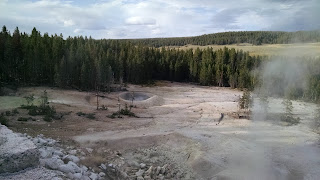 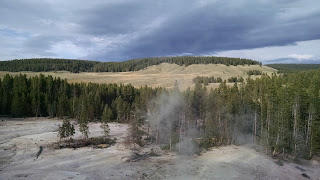 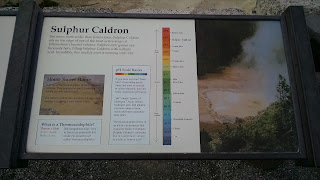 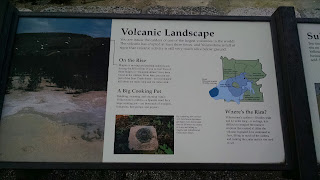 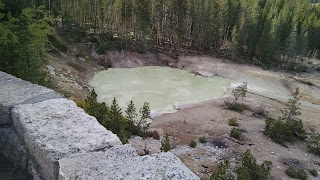 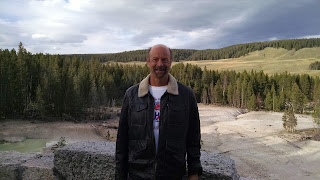 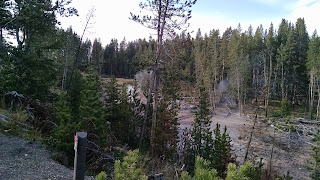 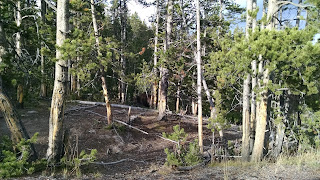