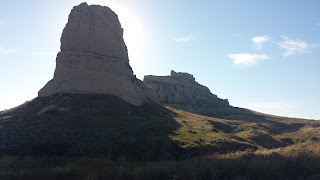 After visiting Chimney Rock I made the journey to the next stand-out rock formation: Jail Rock and Courthouse Rock.  These rocks were off the beaten trail but luckily Google Maps didn't let me down.

Jail Rock and Courthouse Rock resemble two distinct buildings -- if you are willing to use your imagination.  Jail Rock sort of resembles a jail while the shorter but wider one looks like a courthouse.

I suppose you could hike to get a closer view of the rock formations, but it would require traversing through a field that was likely loaded with rattlesnakes.

This was an interesting stop and well worth a quick visit: 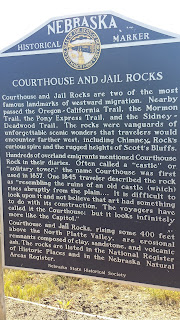 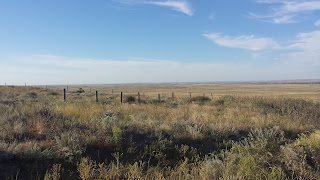 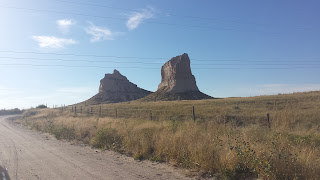