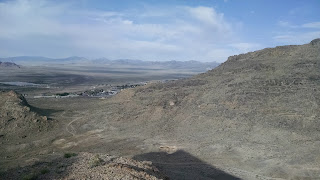 As most faithful readers know, when I visit the casinos in West Wendover, Nevada, one of the most enjoyable things that I do is go for a morning run.

I almost skipped it today on account that I just wanted to lay in bed and relax.  But the more I tried to go back to the sleep, the more I wanted to go for a quick run.  Knowing that it would likely be the only chance I got to run today, I opted to throw on my running shoes, leave the Montego Bay resort and head up Aria Blvd.

I've done the canyon on the Utah side of the border plenty of times.  I hadn't explored the canyon due north of the city in a while.  Last time I ran through there it was super foggy and I could hardly see anything.  I got some awesome pictures that day, but today being that I wanted to do a short run, I wanted to see if there was anything I had missed.

So as I made my way from Nevada to Utah and went into the canyon I found the trail that headed north.  I knew that the trail would eventually meander slightly east and lead to a small cave.

I was running on the west side of a gully and spotted another trail that snaked its way west and seemed to climb a hill.

I did some trail blazing and managed to climb a small mountain that enabled me to get some awesome shots of West Wendover below.

All in all, it wasn't a super far run -- maybe 5 miles tops round trip, but it was nice to see something new and explore a slightly different area that I hadn't done before. 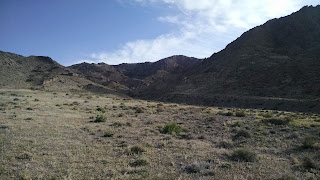 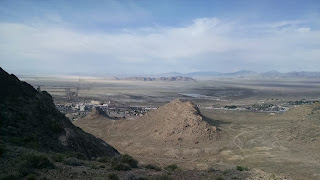 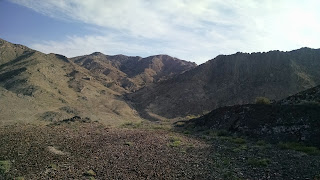 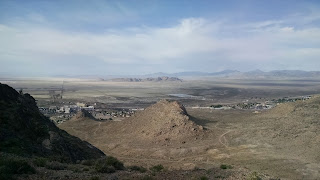 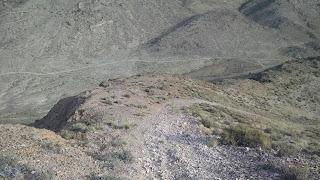