If you've read this blog long enough, you know that one of my favorite things to do when I am out of town is try a new run.  I've pretty much explored the main thoroughfares of Elko already and I almost skipped today's run on account of it.

However, I had some time to kill and needing to get in a few miles, I opted to head east along Idaho Road (the main drag of Elko).

It was something different and I figured it would give me a chance to see something new.

The way east looked pretty safe.  There was a sidewalk as well as a wide shoulder.  I had seen most of the route from the freeway on the way into town but I was hoping some side road would steal my attention away and take me into an unknown area.

First off, about a mile or so into my journey I almost stepped on this: 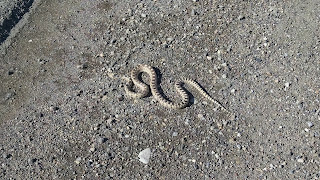 I am pretty sure that is a rattlesnake.  I had to practically jump over him.  He wasn't rattling at all and was just hanging on the side of the frontage road.  I was able to snap a picture before heading away.

I meant to only go out for a couple of miles, but of course a new road with new scenery always has me telling myself "just a little further".

I got to about where I wanted to go to and saw that the road continued going north east or I could duck under the I-80.  I whipped out my phone to check for instructions to see if I could get back that way and from the looks of it, I could. 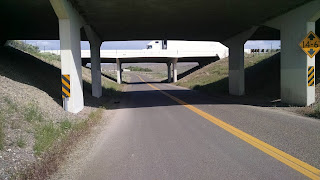 So I headed under the freeway and found myself circling around what appeared to be a Youth Prison Camp (it looked low security).  From the map, it appears I could go around the circumference and exit out the north side of it and continue my way back south west.

It came to a dead end and there was no way out.  I just had a terrible feeling I was trespassing as well.  While there wasn't anything that said "Private Property" it didn't appear to be a major road and I saw young adult males walking around with military precision to the guidance of an adult.  They also were dressed somewhat similarly.

I opted to go back the way I came. 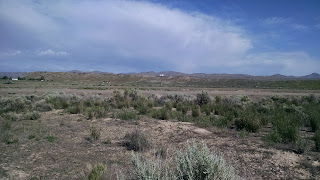 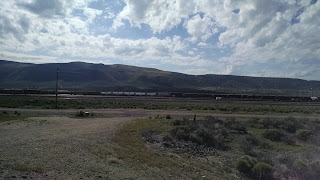 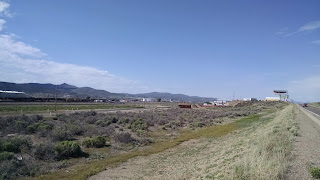 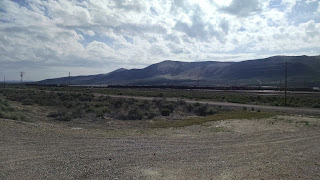 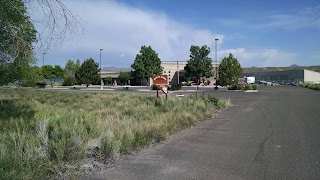