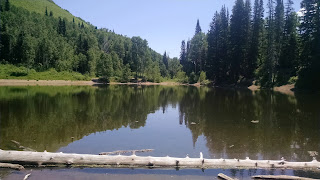 With the temperatures soaring into the low 100's this weekend, it meant that I would certainly have to find something indoors to do  -- or head up to higher elevations where life tends to be a little cooler.

I had initially tossed around the idea of going out to Wendover for the afternoon, but with all the traveling I've been doing  -- and consequently the money spent -- I opted to spend it a little closer to home.

I hadn't been to Dog Lake in a while, but if you want to see previous pictures and the write-up, go here.

I was really hoping to see a bunch of dogs, like last time.  People come up the canyon from the north with their dogs and it sort of becomes a communal activity: dogs fetching sticks, dogs barking at one another and just wandering around.  Unfortunately, there were just two dogs there today.

I fully expected to see a moose there today as well.  Moose and dogs generally don't get along and just about every time I've gone up this trail, I've heard stories about how a dog tried to take on a moose.  The only time I saw any sort of wildlife was when I was leaving and saw a Big Cottonwood Police officer parked on the side of the road with its lights flashing watching a huge female moose on the side of the road.

The hike to the lake takes about an hour -- if you are hauling like I was.  While it was warm I didn't mind working up a sweat -- and I certainly worked up a sweat.  The first bit of the hike is a climb and then it is a gentle ascent from there.  However, the last half mile to the lake is a quad burner and one that will test your stamina.

There were a good deal of people on the trail, which is good because it tends to keep the wildlife away.  There also was a ton of wildflowers in bloom, which made the hike really nice.

Upon reaching the lake, I wound up soaking up the rays and polished off a 32 ounce Gatorade (it was so warm).  I circled the lake and found some more trails going north.  Curiosity got the best of me and I wound up exploring some of them.  One of the trails led to Butler Fork Trail, which I had been on before and the other one dipped into Millcreek Canyon, which is the next canyon to the north.

Either way I took a ton of pictures: 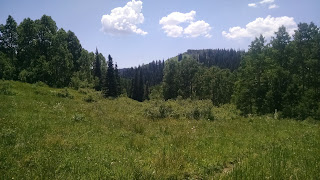 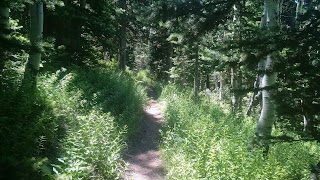 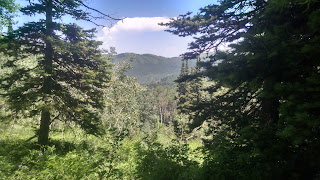 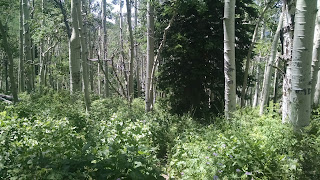 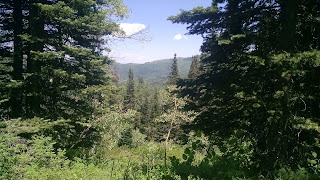 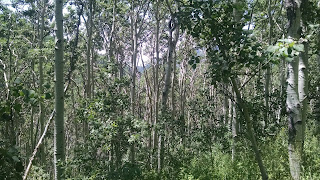 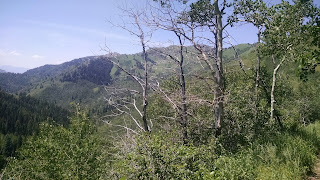 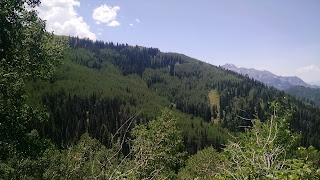 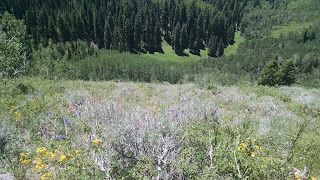 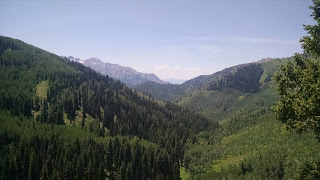 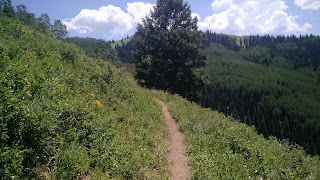 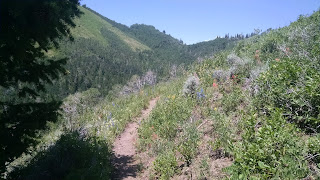 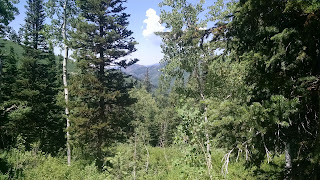 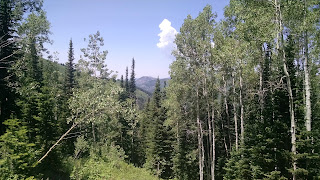 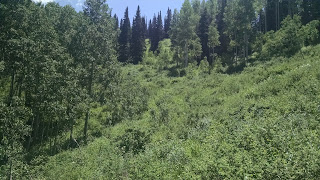 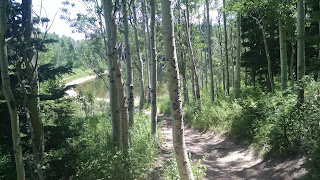 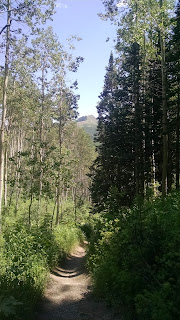 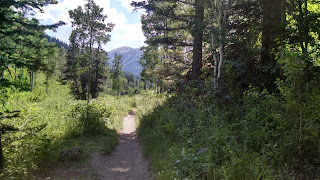 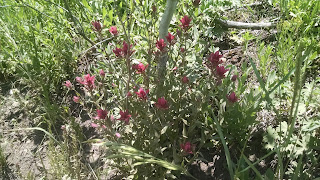