Believe it or not, after running the Helena Marathon I was pretty gung-ho to walk around downtown Helena.  Not only is it best to sort of keep moving after a long run like a marathon, I knew I only had a limited amount of time.  Also the circuitous route of the marathon took me through most of downtown Helena and there was definitely some areas I wanted to get a good photo of.

So after eating, Shari and I headed downtown and found a parking spot (which there were plenty of) and started to do a bit of window shopping as well as old building site-seeing.

By the time we got there, they were still cleaning up from the marathon, but for all intents and purposes there was virtually no evidence there had even been a marathon down there, except for this: 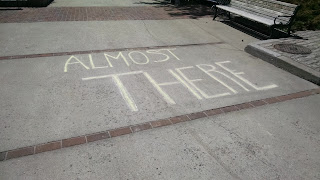 Our ultimate goal was to reach the Cathedral of Saint Helena, which stood up on a prominent hill overlooking the city.  The church is reminiscent of something you'd find in France.  It is an architectural piece of beauty.

On our way there though, Shari did some trinket shopping while I rested my tired legs by sitting on park benches.  The downtown area has a ton of shops and there is a nice area for walking and shopping.  There are also a ton of old buildings, as this was the start of Helena.  The street we were walking on is called Last Chance Gulch.

During my walks I discovered that Texas Hold'em Poker is alive and well.  Montana has pretty much legalized a lot of forms of gambling and there were a few saloons that opened at night that offered $2-$5 Texas Hold'em.  Believe me, I was itching to play... 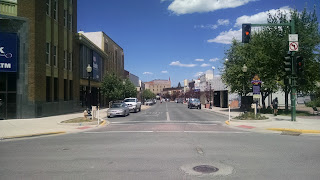 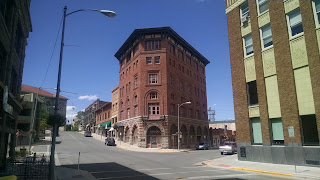 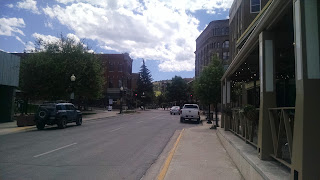 Eventually we made it to the Cathedral.  Unfortunately, there was a wedding going on so I didn't want to be rude and snap pictures of the ceremony and interior of the church, but I did catch a quick glimpse of the inside and it certainly rivaled those you'd find in Europe: 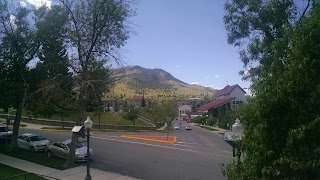 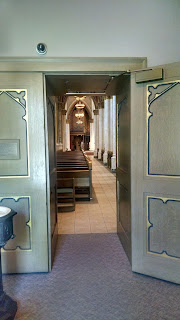 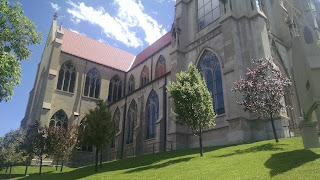 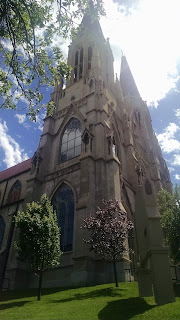 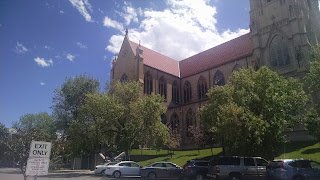 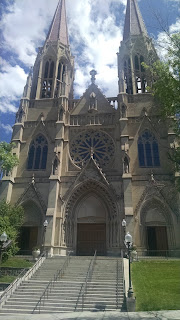 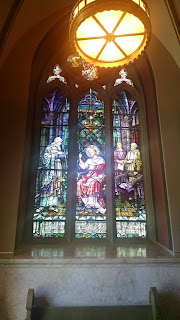 We wound up taking some more pictures of the downtown area as well on our way back to the car.  We did talk to a woman who was doing some gardening in her yard and she had an old Victorian house.  We asked how old it was an apparently it was built in the late 1800's.  She said her house used to be where the cathedral is now, but they literally moved it to its present location.  For an old house, it was certainly huge. 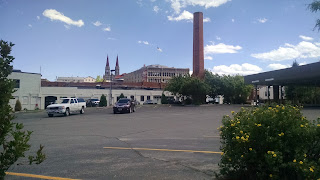 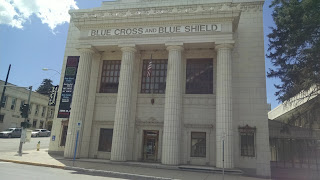 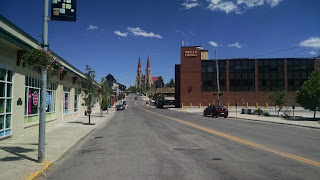 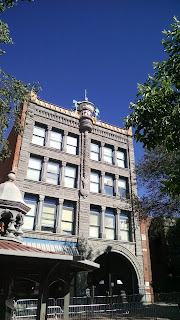 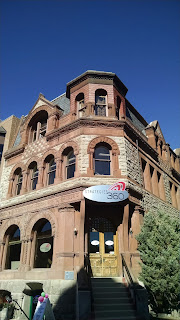 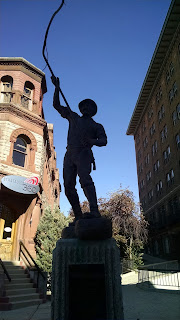 There was plenty of nice things to do downtown including some pubs and bars.  There also was no shortage of restaurants, mostly on the upscale side.  There also were some bustling snackeries that were bustling on the warm day.

This is really charming and for a capital city, this area was completely safe and well worth visiting.