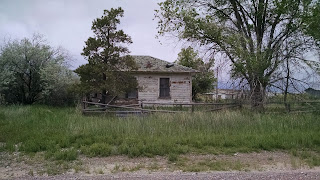 Ever since I saw the exit sign for Deeth Nevada I knew I wanted to pay a visit.  The name itself sounds ominous because it looks so much like "Death"  This is pretty desolate country and Deeth is located all by itself.

Located about 15 miles outside of Elko, no one truly knows where the name came from.  Some think that an early settler may have settled there whose name was Deeth and others (like me) sort of wanted a scary name that evoked the visions of tough living.

On the way back from Elko, I took the opportunity to stop by.  It was literally a minute or two off the freeway and there was a sign that pointed to a dirt road.  A few minutes later I was in "downtown" Deeth.

Deeth is still inhabited.  Apparently there are a few people that remain, but for each inhabited house there is at least one in shambles.  They also have what appears to be a nice post office.  But as far as grocery stories or gas stations -- nope... none of that.

I was able to photograph most of the town from the comfort of my car.  I can't imagine living there and it probably takes a "certain" type.

However, the area was beautiful... there were some brooks and what appeared to be some mushy ponds.  You also have the beautiful snow-capped mountains in the background.  It also appears at one point this may have been a railroad hub as a set of train tracks goes behind the village.

The dirt road also continues to all kinds of other places, some many miles in the distance.  If I had more time and had done a little more research, it might have been interesting to take one of those roads.  But this was a quick stop.

I also saw that they do have a Deeth 10K back in May.  Perhaps next year... 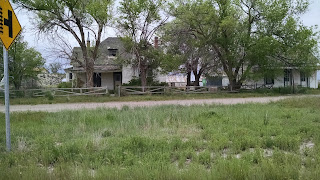 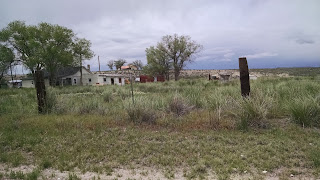 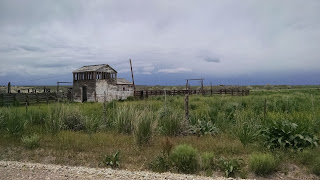 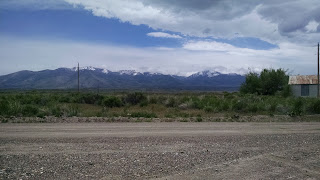 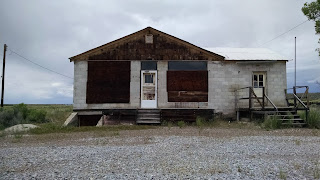 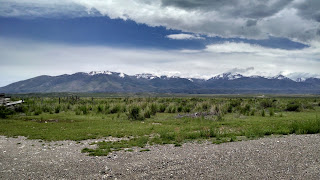 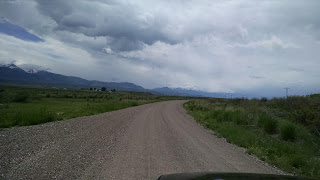