Initially upon waking up at about 7:30, I thought about sleeping in.  I had run hard yesterday and I just felt plain lazy.  I looked at my cell phone and the outside temperature was 16F.

Then my running spirit got the best of me and I decided to get up and suit up.  I headed down to the casino dressed in sweats and more heavy-duty winter running clothes.  I wanted to explore the ATV / trails north on the Utah side of Wendover.  I had been there a few weeks but there are so many other trails out there to explore.

While the temperature was only 16F, the entire area was covered in fog.  I didn't think it was that cold and I was completely comfortable for the entire running trip.

I headed up Aria Blvd, starting in Nevada and quickly making my way to Utah.  I ran through the suburbs and quickly jumped into the desert and ran along.  The houses gave way to swirling mists.  Visibility was limited to maybe 50 yards and it was like running on a different planet.  Not another soul was out there and from the looks of it, none had been for a while.

I started to look for Danger Cave, but  I couldn't really make out where the main trails went.  I thought I was on it, but it quickly dead ended and I was looking over a cliff down at Highway 80.  Even at 8:15 I could hear the whine of the trucks below.  I snapped a few pictures and took off in search of another trail.

I told Shari that I was only going to be gone for a bit.  I came to the main junction and decided to head north into a canyon.  I could see the mountains in the distance and figured the trail would go for a mile or so and I could snap a picture or two and turn around.  I had particularly studied the topography maps.

Running into this grotto took a lot of energy.  Again it was a steady but subtle climb.  I was sucking wind like crazy and I felt so out of shape.

Luckily the mist gave way and suddenly I found myself in a very sunny canyon.  I could follow the trail and saw that it disappeared into another canyon.  Very curious to see where it went, I followed (which has gotten me into trouble in the past).

It went into a slot canyon that resembled something out of Arizona.  The trail was well marked and I could see evidence of ATVs there (as well as old beer bottles and other desert "junk").  The trail snaked its way into a canyon where it lead to a cave.  The cave was only about 10 - 15 feet long and looked like a party hangout.  I was getting a bit nervous as there was no cell phone service there and one false step while climbing around back there and I'd be crawling the 4 miles back to town.  My Achilles was barking at me too but it luckily worked its way out.

I snapped some incredible pictures and made my way back.  I almost got lost as the mist had gotten a LOT worse but I knew that I had to head south and west and before I knew it, I could see the dark shadows of the house of Wendover.

On the way back, I did visit what looks to be the Stations of the Cross at San Felipe Catholic Church.  With the dark mists, this was perhaps the most scary and most surreal pictures I've ever taken. 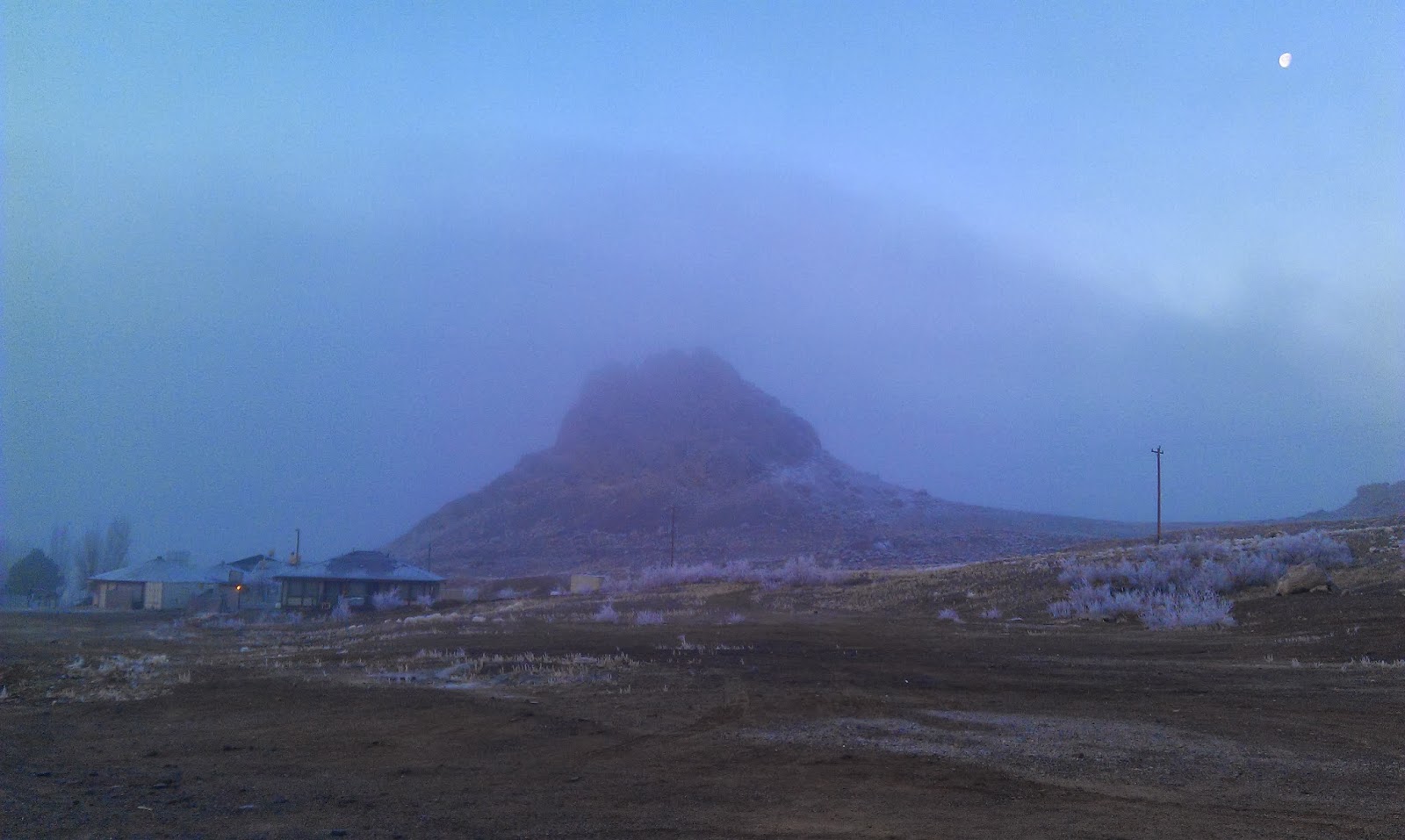 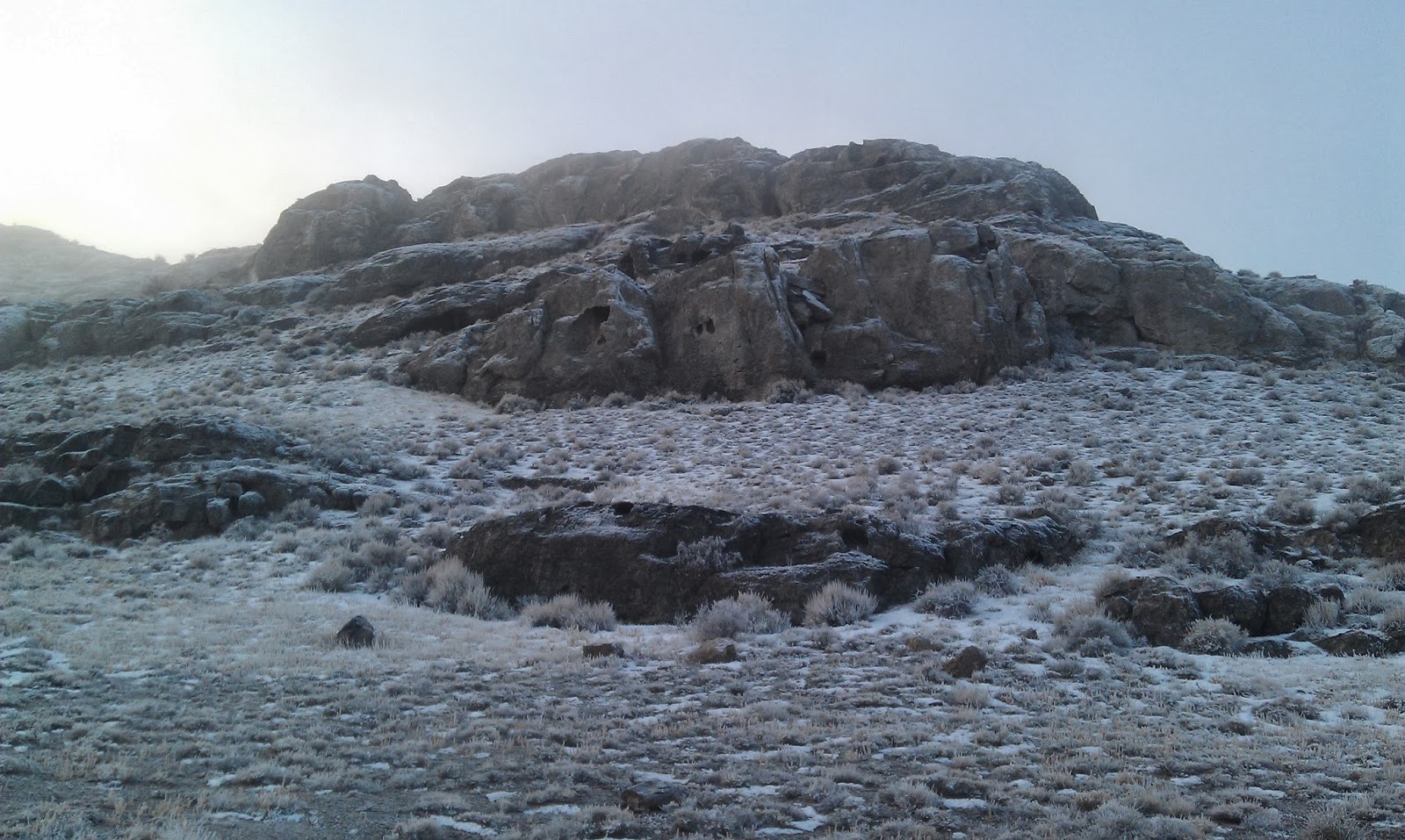 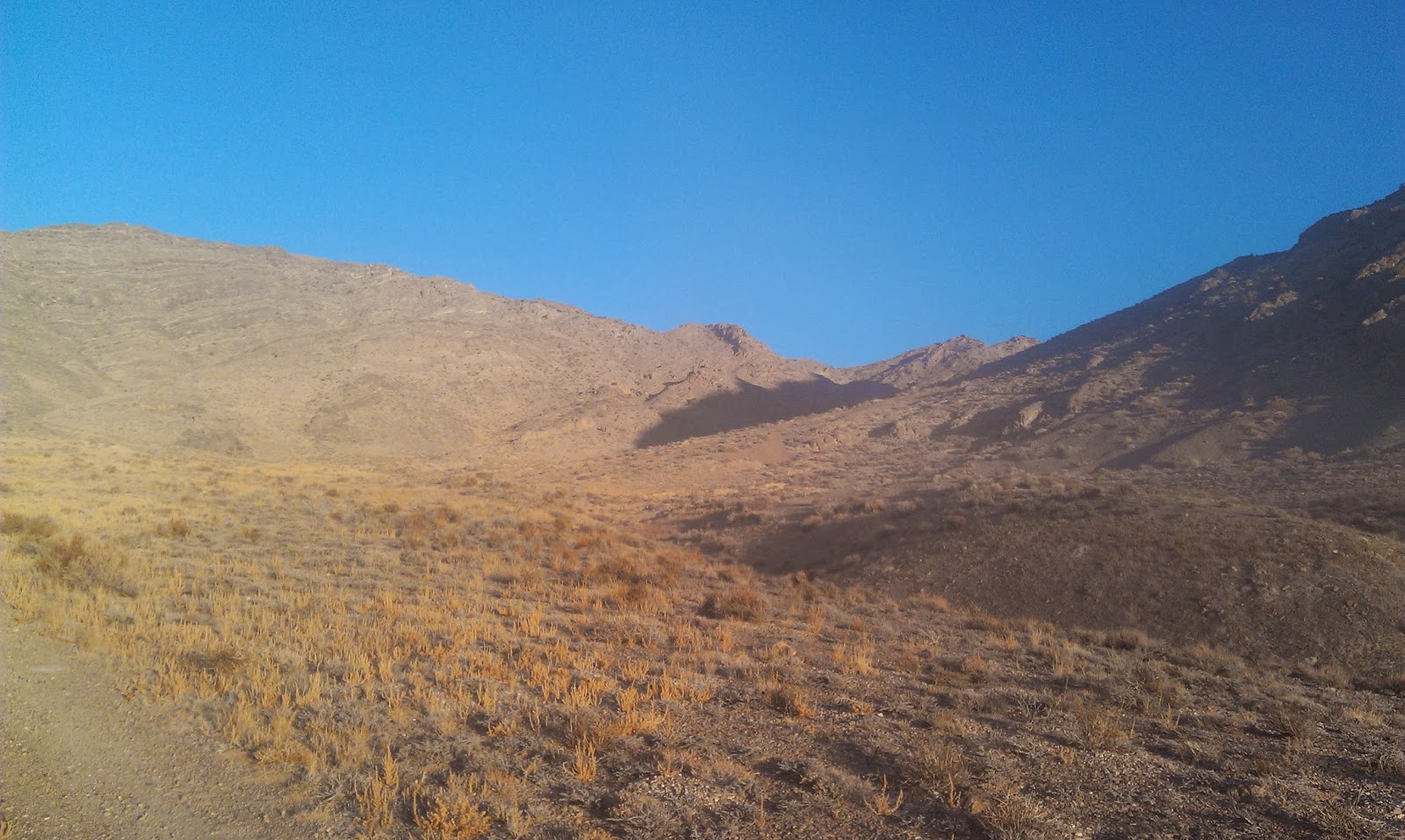 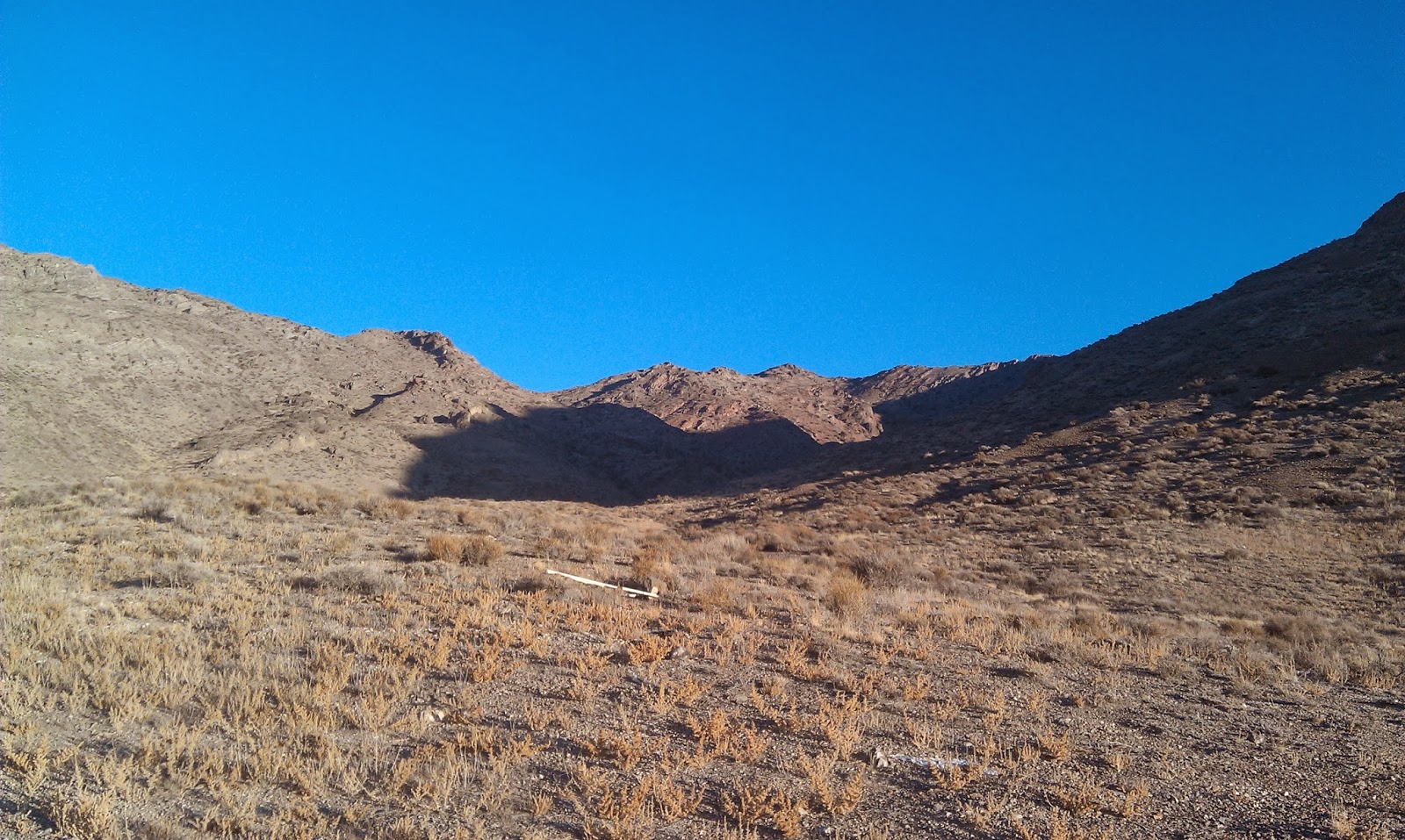 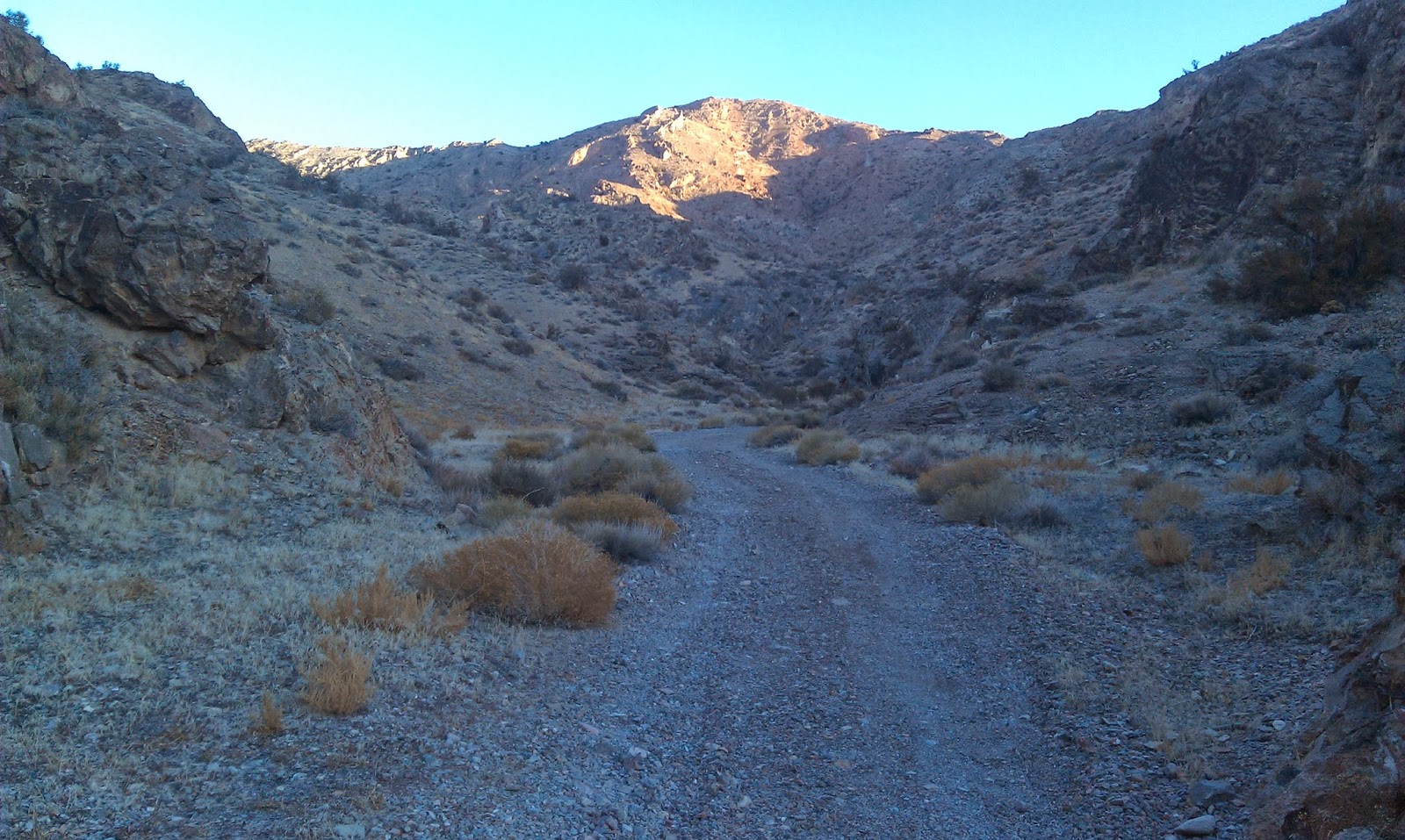 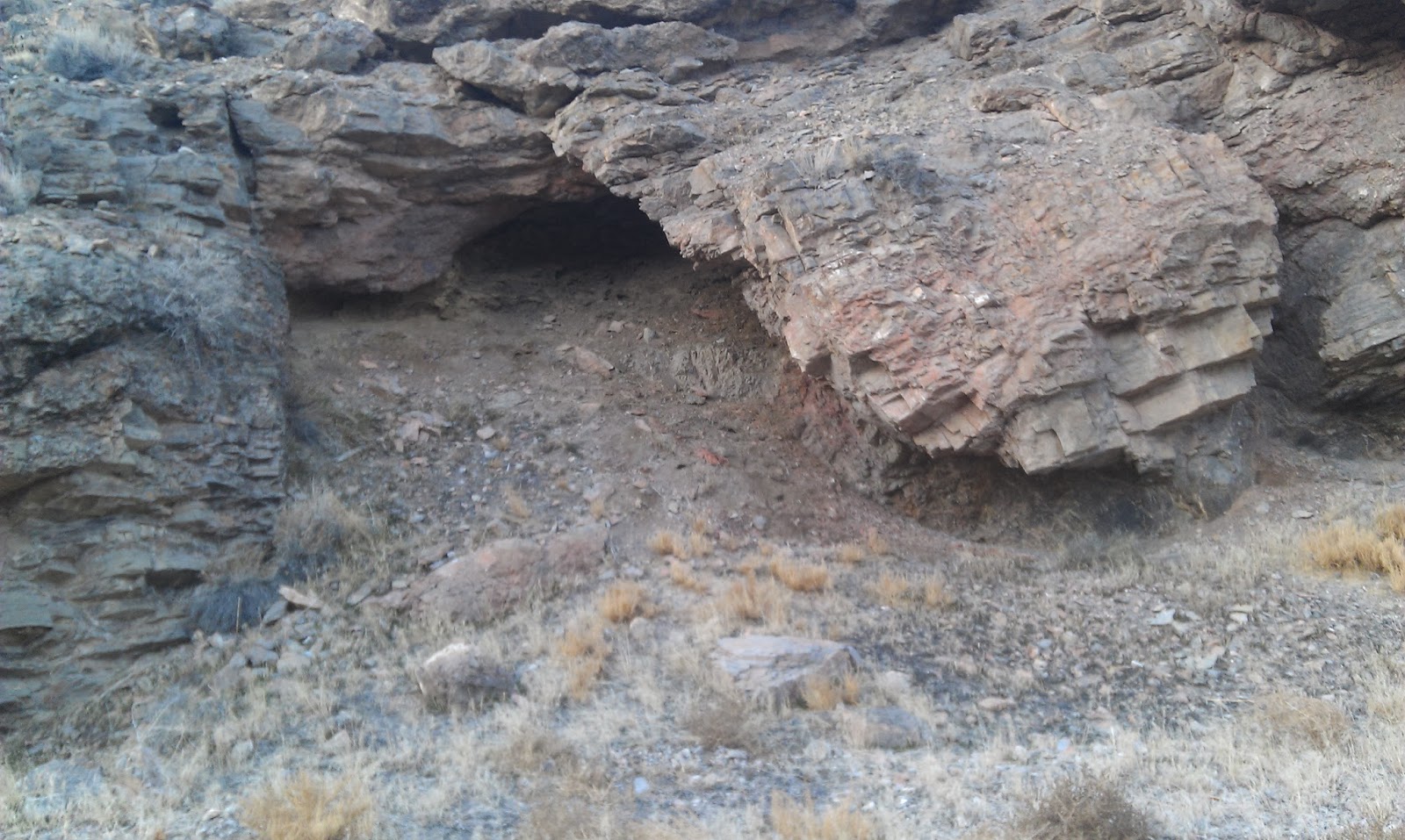 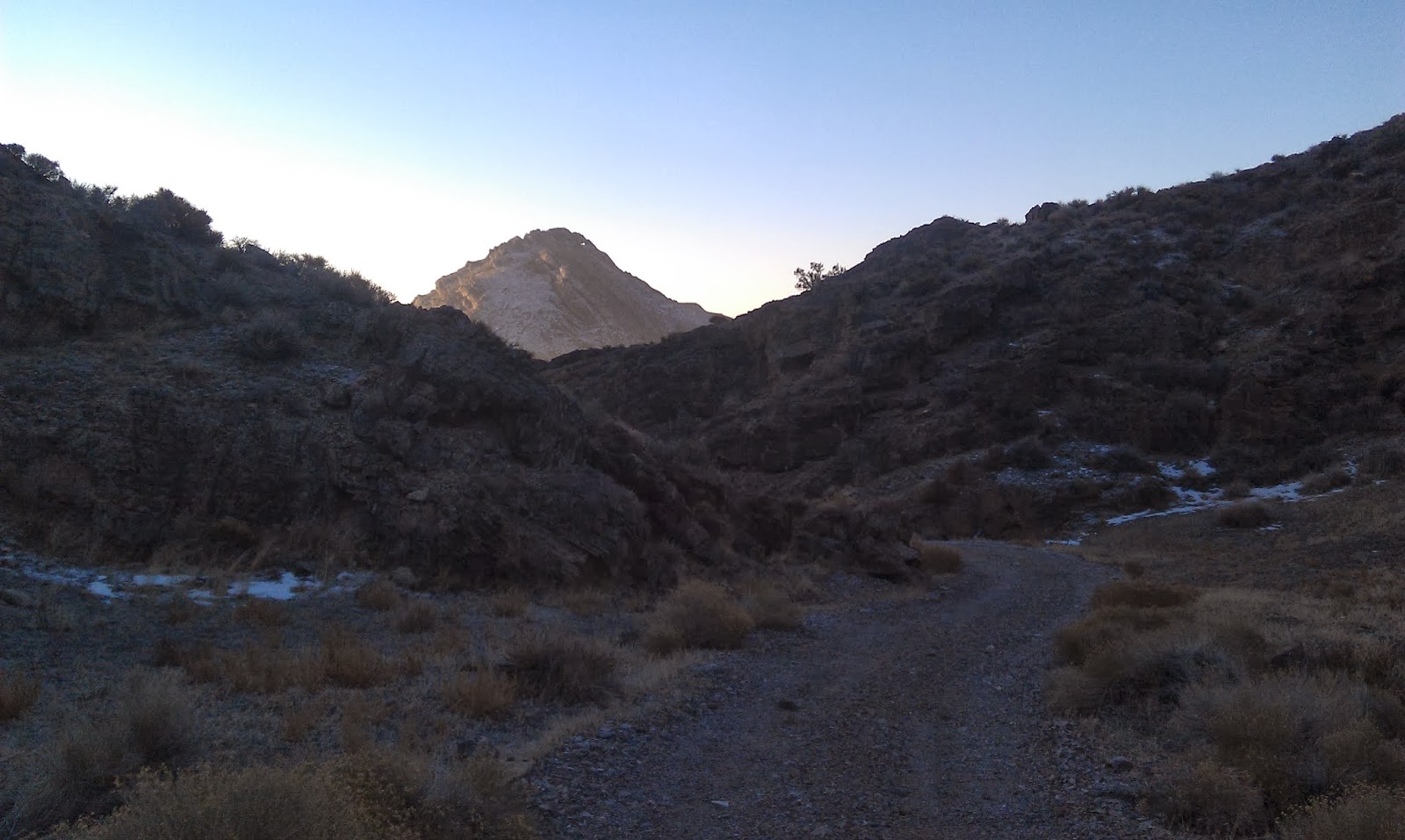 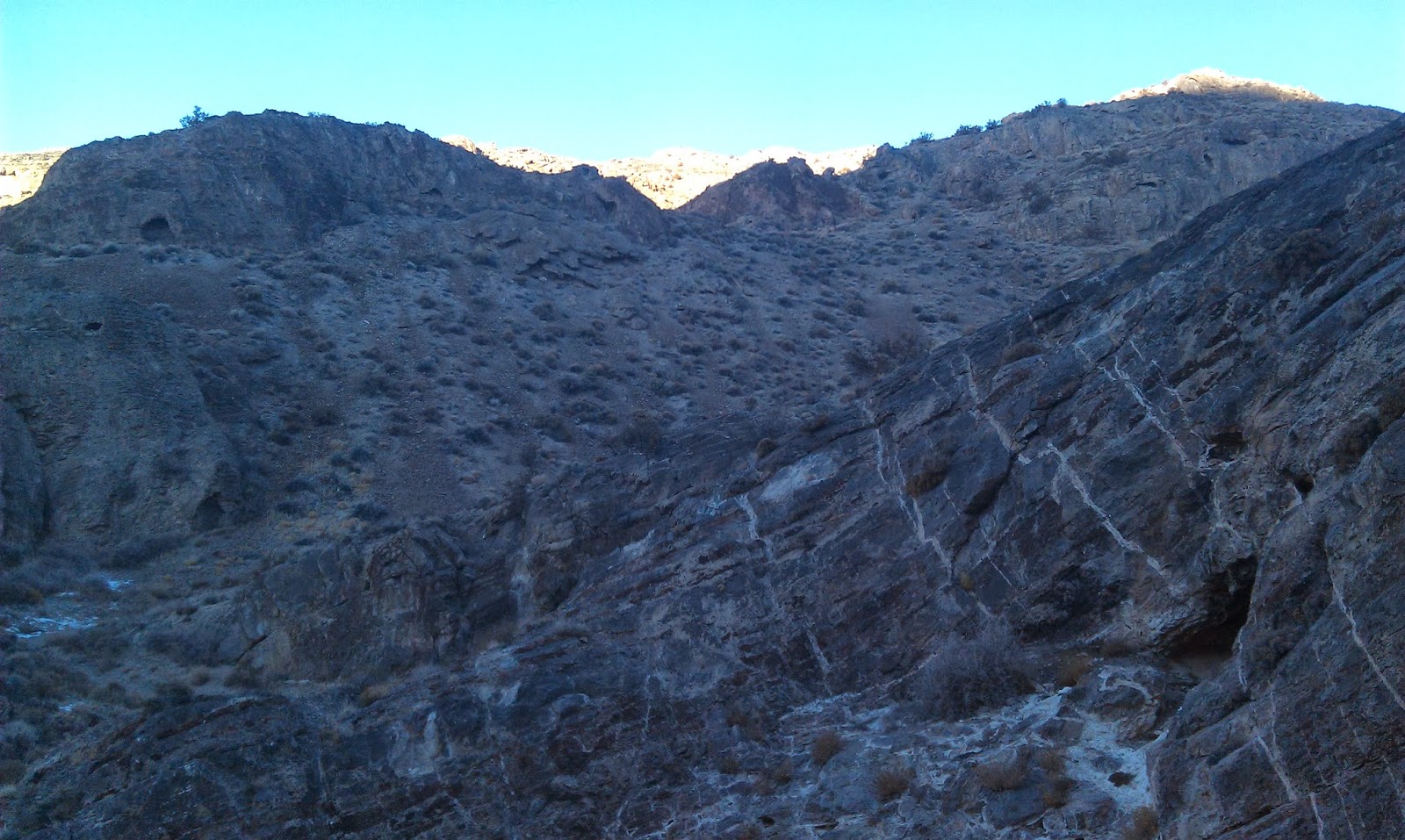 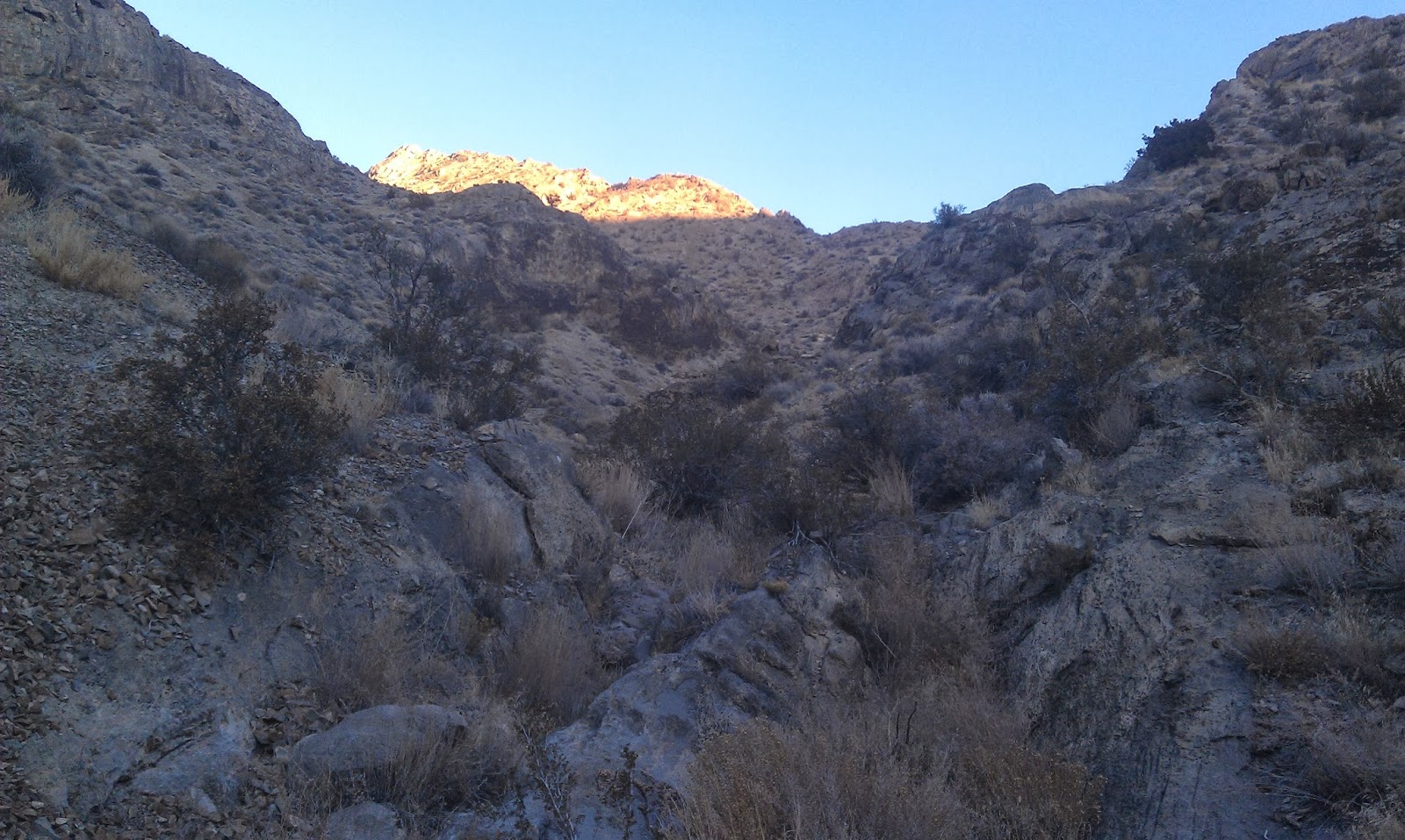 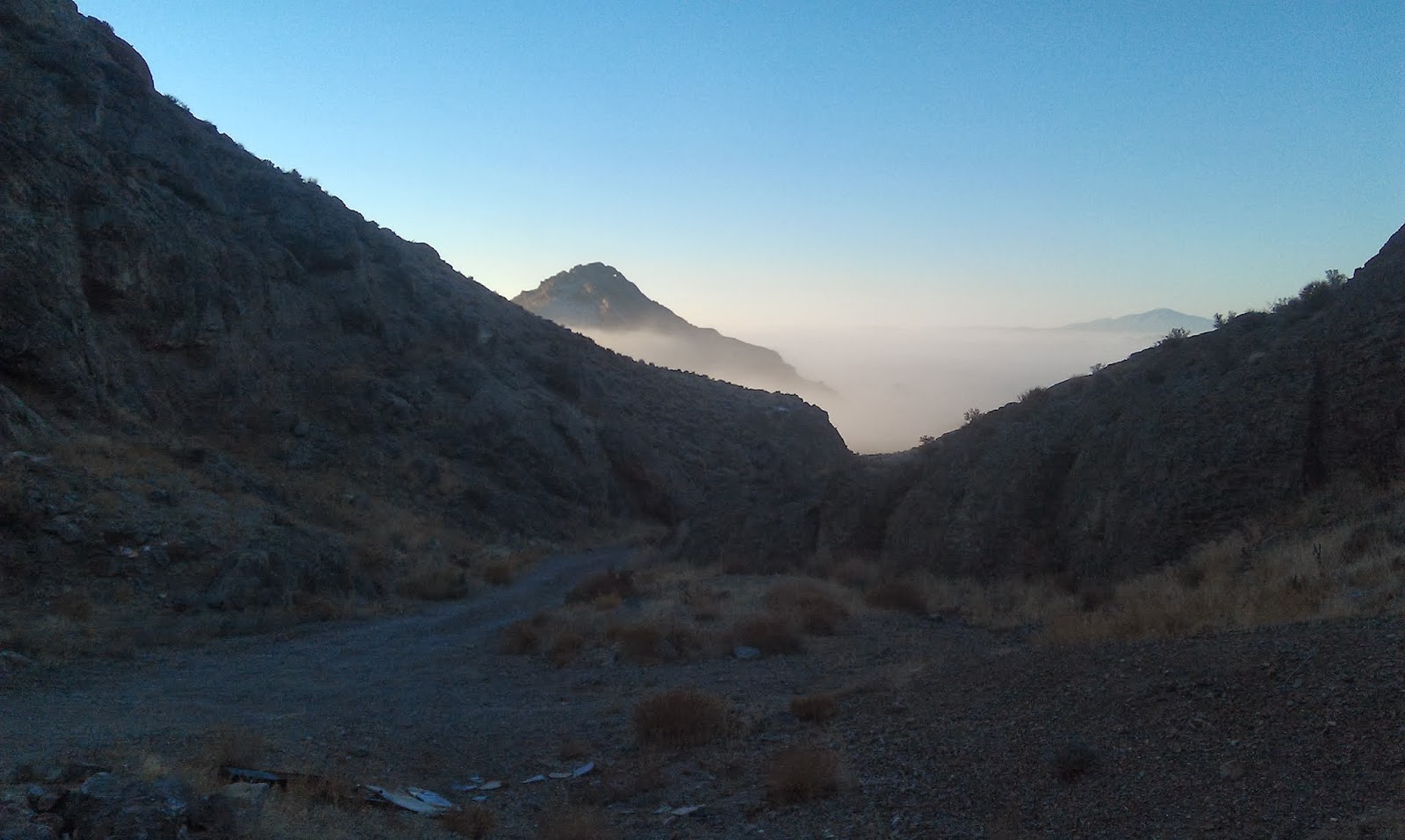