I needed to get in a run -- badly on Sunday.  I wasn't winning anything and felt like I was flushing my money down the toilet (going to casino can be like that, but that's besides the point).

It was in the upper 20's with no wind.  So I threw on a pair of light gloves, heavy-duty sweatshirt and shorts. and took off west on Wendover Blvd.  I hung a right where the Peppermill Casino is and went under the freeway and started heading towards Leppy Hills Park.

I thought about running the trail park system again, but I remembered studying some of the maps and founda cool dirt road I wanted to explore that led out of town.  While I didn't have time to run around the Leppy Hills Mountain (about 13 miles) I did have time to go exploring on the trail.

Running north, it was steady and exhausting climb.  After my massive brunch I wasn't moving too well and the altitude (about 4500 base) and the climb to the base of the mountain had me sucking wind like a newbie.  I tried to move as quickly as I could but my legs weren't having it.  Luckily I was able to haul back to town as it was a steady decline so it was good to suddenly make low 80 minute miles.

I slowly ascended a dirt road towards the base of the Leppy Hills and I turned around briefly to gaze upon the mist shrouded casinos.  While it was getting late (about 4:30 - 4:45) they weren't lit up yet.

As I went further and further north, the more desolate it became.  I did have constant cell phone access and I felt it getting colder.  My shorts would suffice, but my sweat shirt was a cotton deal and I was getting chilled as it became sweat soaked.  Also my gloves weren't thick enough for the job and my fingers were getting painfully cold.  Luckily the dirt road leveled off and I could plod along at a decent clip, snapping pictures as I went.

I am not quite sure how far I ran yet, I suspect 6 - 10 miles round trip.  It was really a good experience and I did stumble across a trailer out in the middle of the desert that someone was living in (along with their ATVs and other minimalist stuff).  Other than that, I didn't see another soul for the 90 minutes I was gone.

I did capture some absolutely breathtaking scenery though and I hope to one day do the full trip from the Utah side of the mountain to the Nevada side before the rattlesnakes come back... 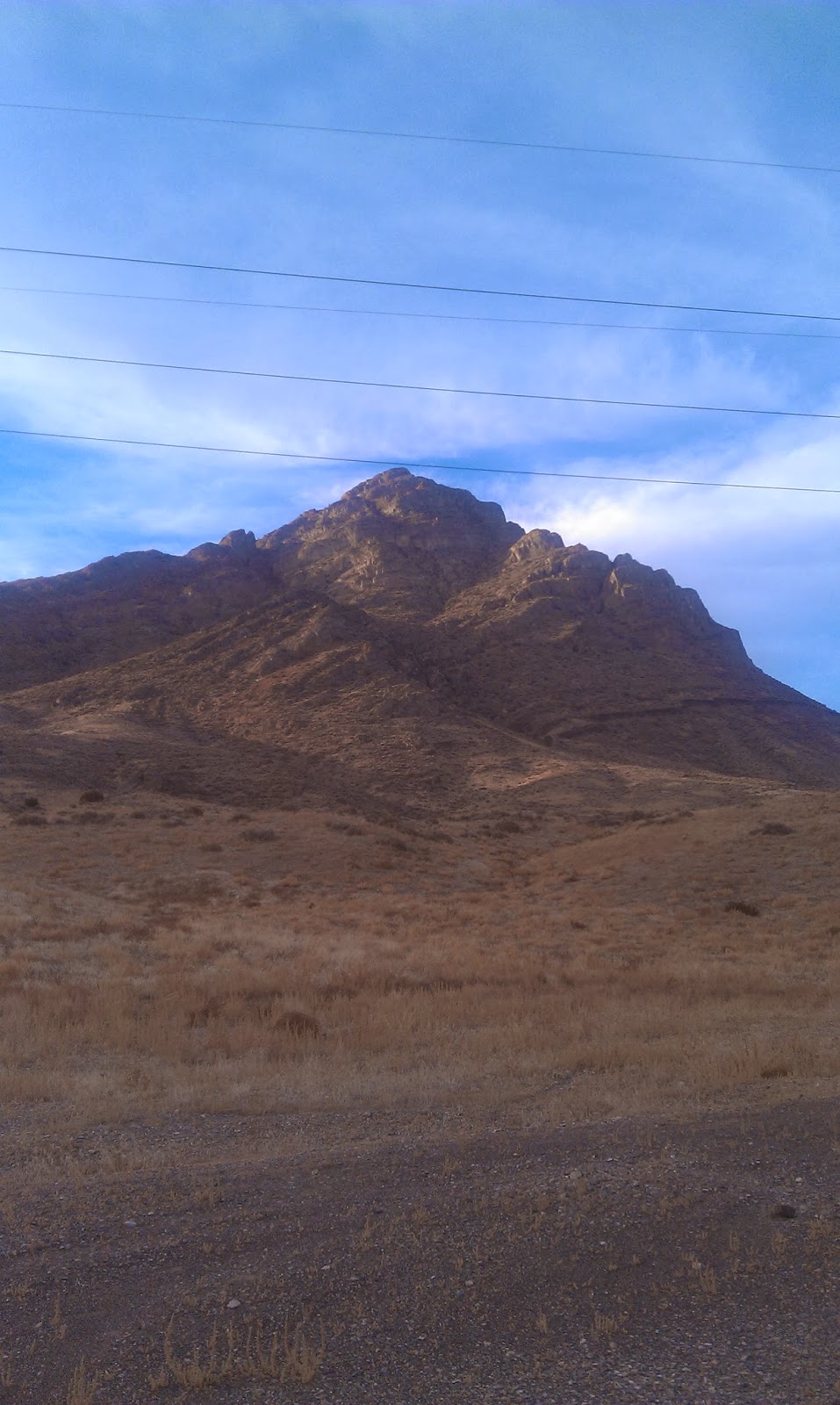 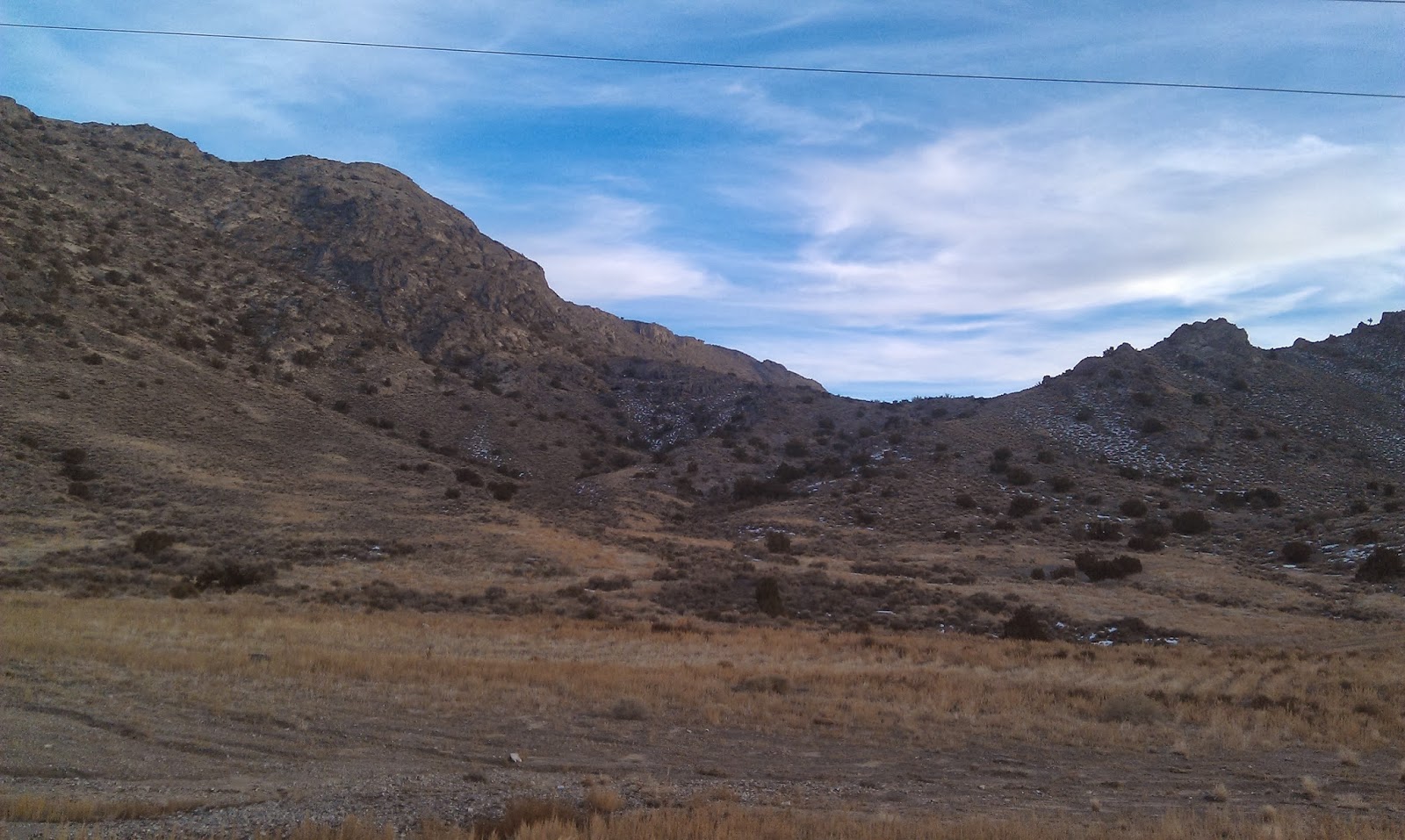 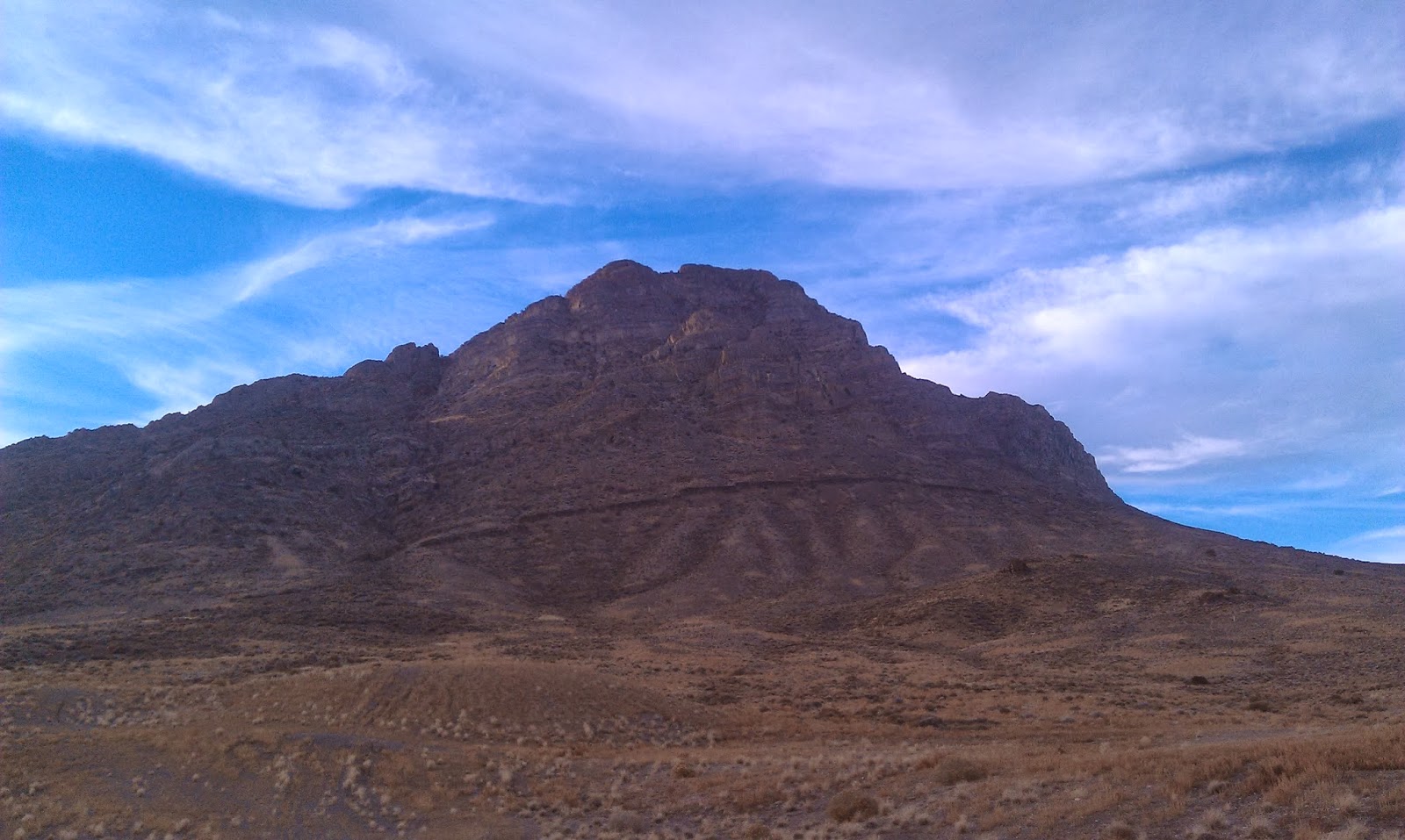 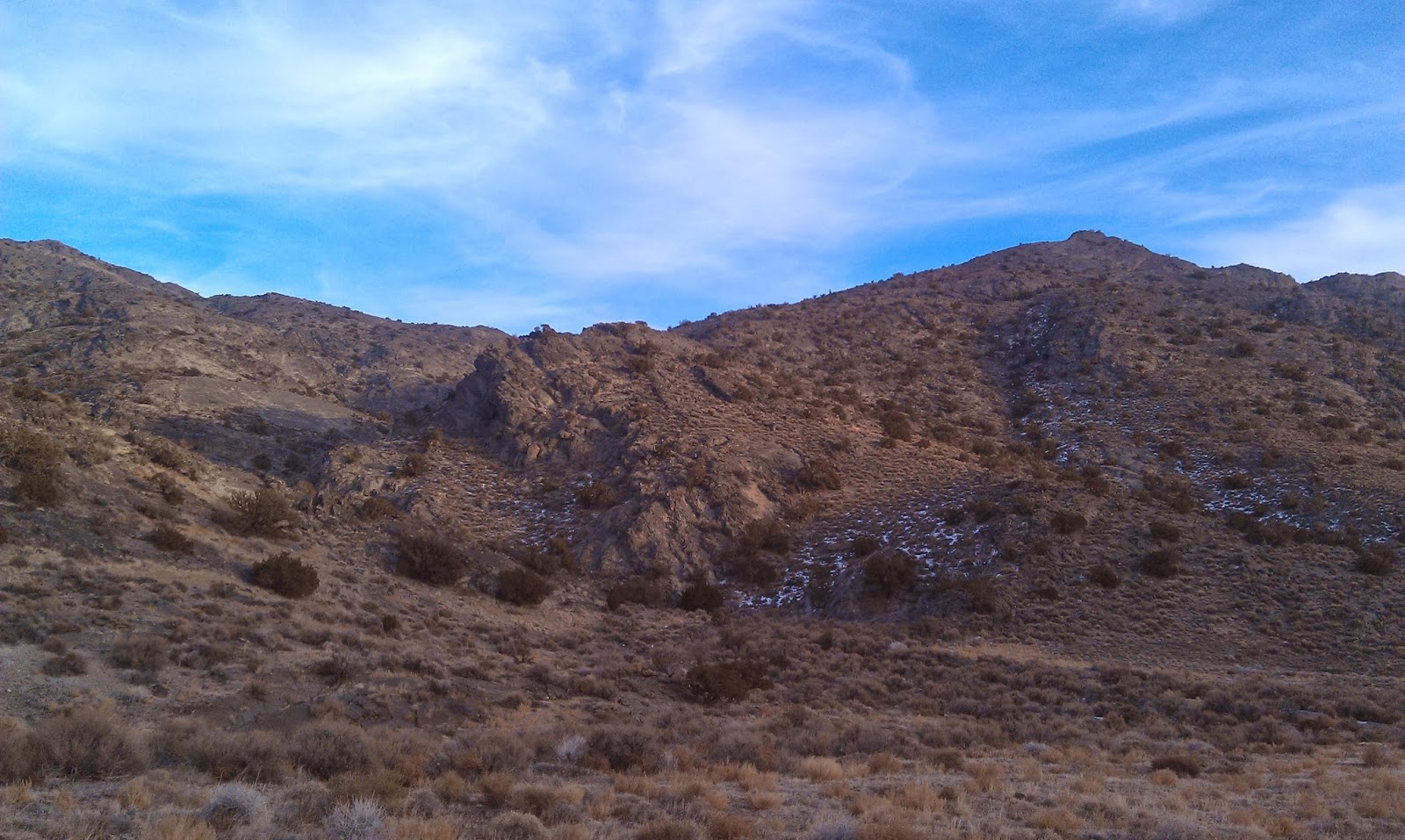 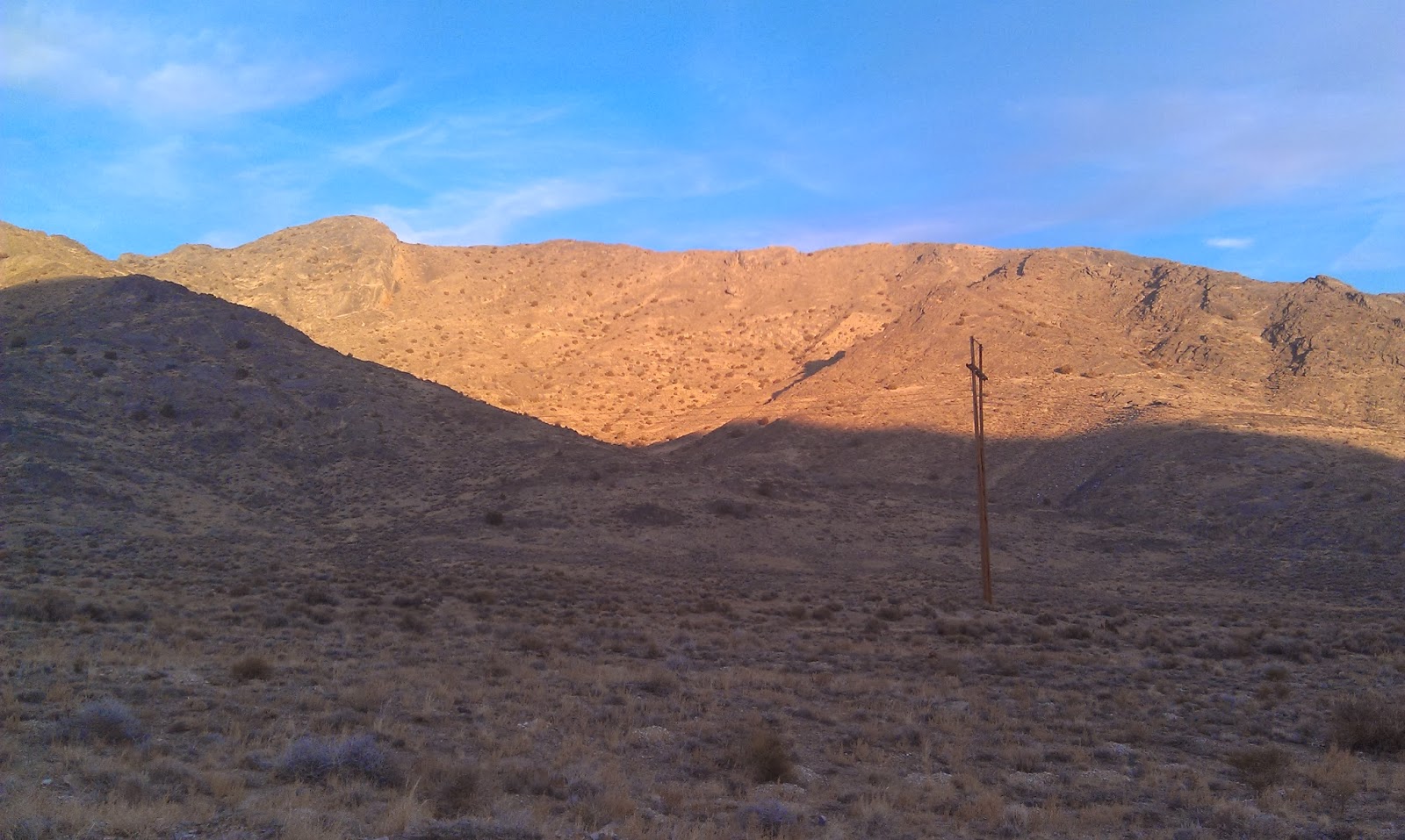