During this trip to Antelope Island we had an opportunity to drive on just about every road there is.  We would stop at various points making notes of where I'd like to visit in more detail later.  One of those stops was at the trail head for Buffalo Point Trail.

This was a short .4 mile climb up a hill.  Upon reaching the summit, you could see Fremont Island and Stansbury Island.  The hike was easy, although somewhat treacherous in spots on account that so many people had walked on the trail that it was basically a sheet of frozen snow and ice.  Climbing up was actually a LOT easier than coming back down.

I made the climb in running shoes sans gloves and wound up really torching my hands on the way down due to some butt skiing.  At the peak, you still have some walking around to do and the rocks were truly unique in the fact that they looked like little rocks pressed into what appeared to be cement (although this was naturally occurring).  It almost seemed like I was walking on a different planet up there.

All in all, including snapping some pictures, I was gone for about 20 minutes.  Enjoy the photos: 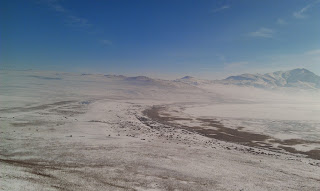 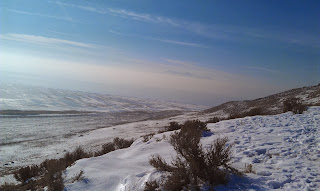 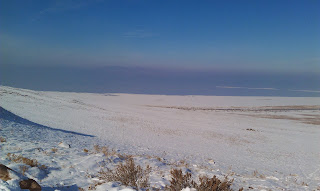 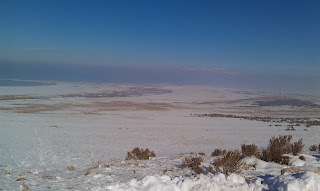 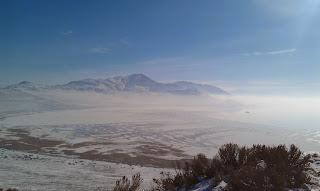 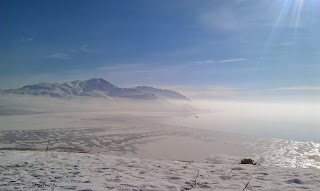 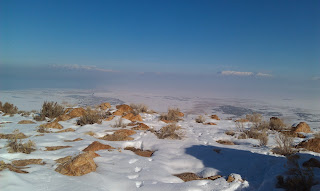 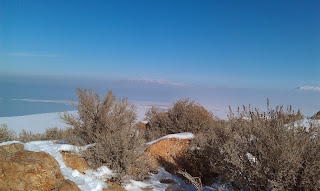 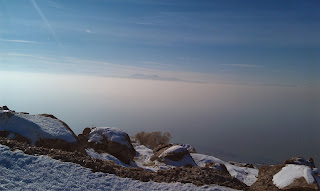 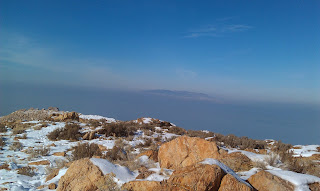 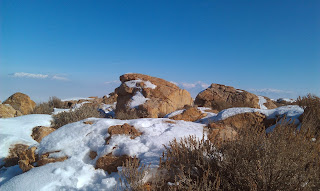 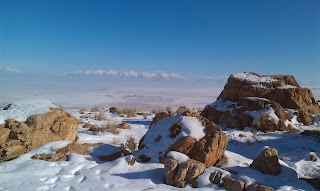 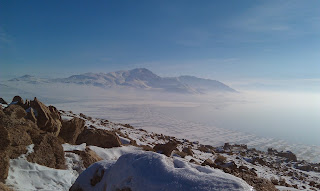 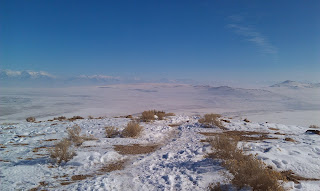