This past week I had company meetings downtown.  Wednesday was a presentation by the upper management about where their departments where in terms of performance and activities.  In addition, it was a time to meet a lot of my remote coworkers who up until this time had been email addresses and Skype contacts.  The entire company, from all across the United States (all 89 of us) were there.

I rarely get downtown and to be honest I really don't have any interest in going downtown.  But Thursday provided me with a unique opportunity.  After the company meeting, I had about 2 hours to kill so I took my backpack, got some advice from coworkers on where to go and started to wander around.

I proceeded west from the Salt Lake Hilton and to be honest, it got semi-seedy pretty quick.  The downtown proper of Salt Lake is actually pretty small, spanning about 3 blocks in each direction from the temple.  However, I did discover the Gateway Mall which is definitely on the newer side.  There were plenty of shops here and restaurants.  Everything from Barnes and Knoble to Victoria Secrets to your typical mall eateries.  The mall reminded me a lot of an outdoor California strip mall, but this one went on for several blocks.  I spent some time in Dick's Sporting Goods before finding the mall's main tourist attraction: the Olympic fountains.

Apparently the fountains are on a timer and have regular water shows.  I've seen many of these types of things before and whatever it was doing when I was there was mildly interesting but not spectacular.  I read the signs and made my way to the Salt Lake City Union Pacific Depot.  This building is absolutely stunning.  It was built in the early 1900's and was a railroad depot.  You could walk in it and see where people used to buy tickets and wait for trains to take them to California.  The murals on the ceilings were breath taking as well.

After snapping a few pictures I started heading back towards the hotel and found the Devereaux House, an old mansion that was one of the first in the city's history.  It was built in the mid 1800's and still in very good shape.

Just down the road from there are a bunch of hotels and then of course the Temple and City Creek Center mall, both of those I had been too.  I was getting cold and did a little bit more meandering before slipping into the Hilton and talking with fellow coworkers for 20 minutes or so...

I will say this about Salt Lake City.  It is hard to get lost in.  The city is built on a grid system and throughout the state all of the roads are named using a coordinate system that tell you how far you are from the main temple of that city (or county).  The temple is located at coordinates 0,0.  Locals often divide street numbers by 100 to convey them faster.  So if you someone says "Go West on 90th South" you know to go west (towards Nevada) on 9000th Avenue.  Just by looking at any street sign in the county, you have a pretty good idea of where you are in relations to where you need to go.  Completely ingenious.

There are some screwball issues though.  Sometimes the road you are on will change numbers if it moves diagonally.  For instance, I take 700E to work but for a while it is also 900E as it moves closer to the Wasatch Mountains and then slips back to 700E.  Also, some roads are named and numbered and it isn't always consistent.  If someone tells you to take a left on Highland Road (2000E) at some intersections it may be labeled simply as Highland Ave and others as 2000E, so you really have to know BOTH the name and number (or simply get a GPS).

I also figured out the Utah Trax rail system while I was there.  For $2.50 you can pretty much go anywhere you want, even as far north as Ogden or the airport.  Also it drops you off right in the heart of downtown and near Energy Solutions Stadium.  I think the next time I need to get down there for a sporting event (or whatever) I'll just take that.  In addition, parking is free in most of the suburbs.  Like Europe, the stations have a clock to tell you when the next train (that you need) will arrive.  Take that Chicago Metra! 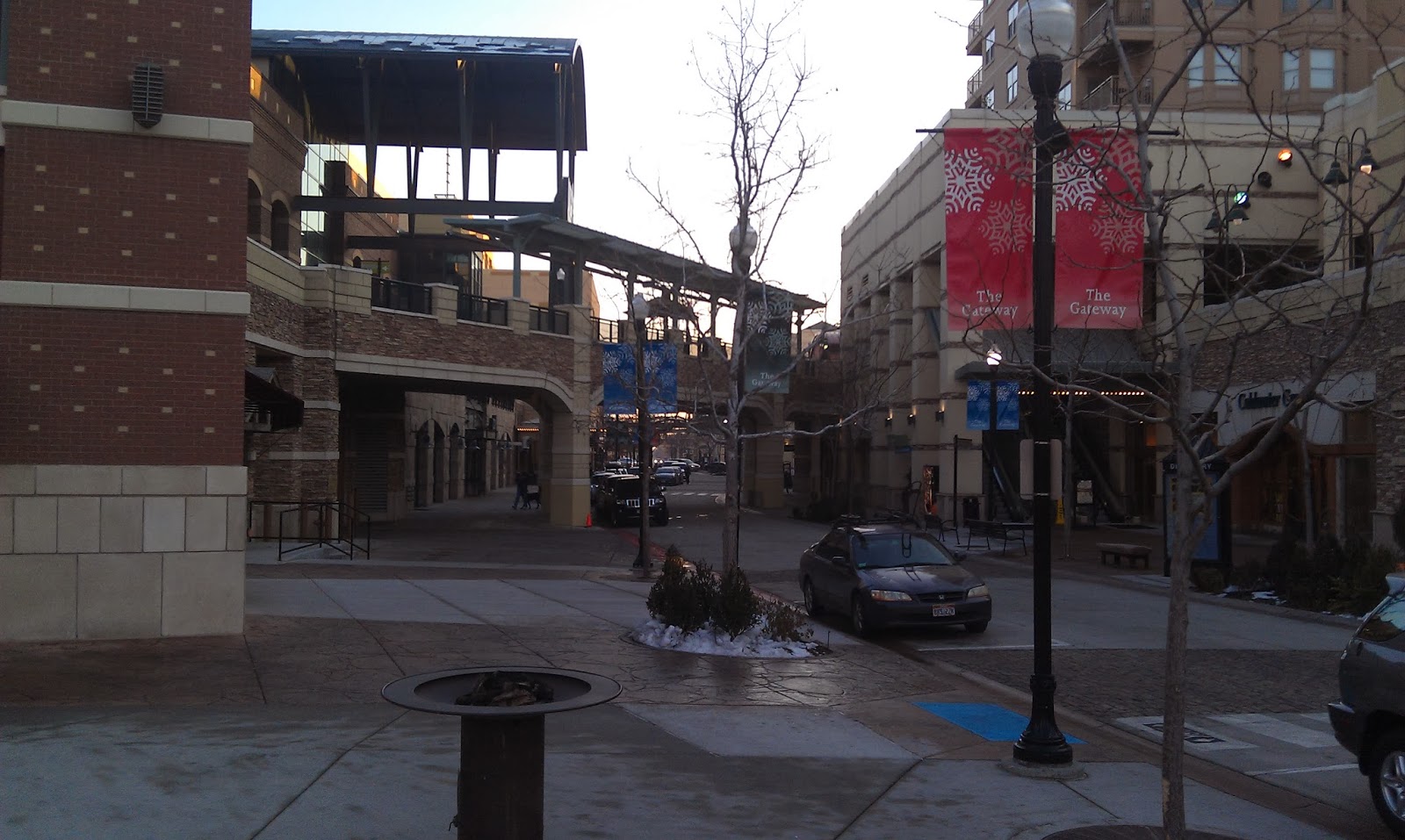 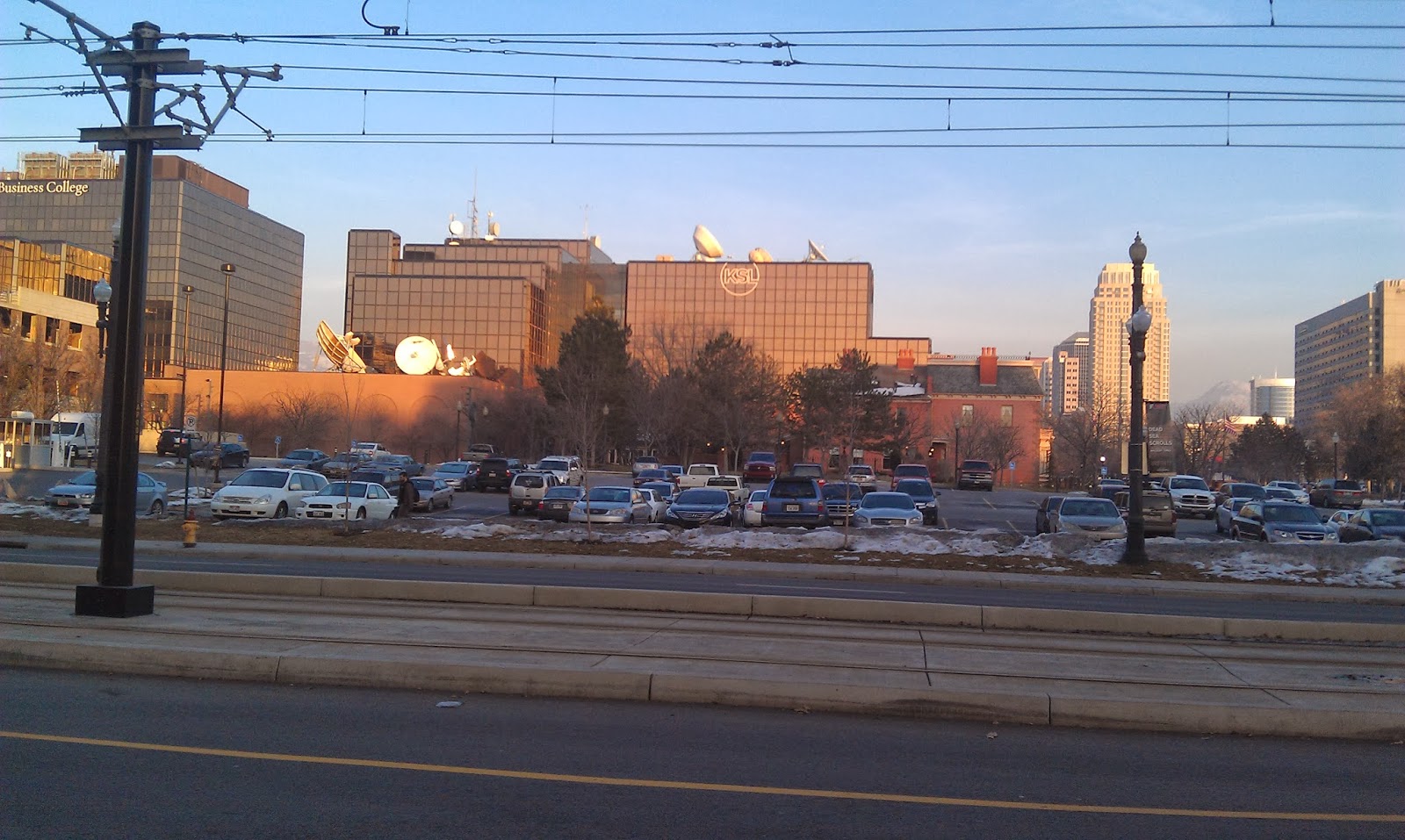 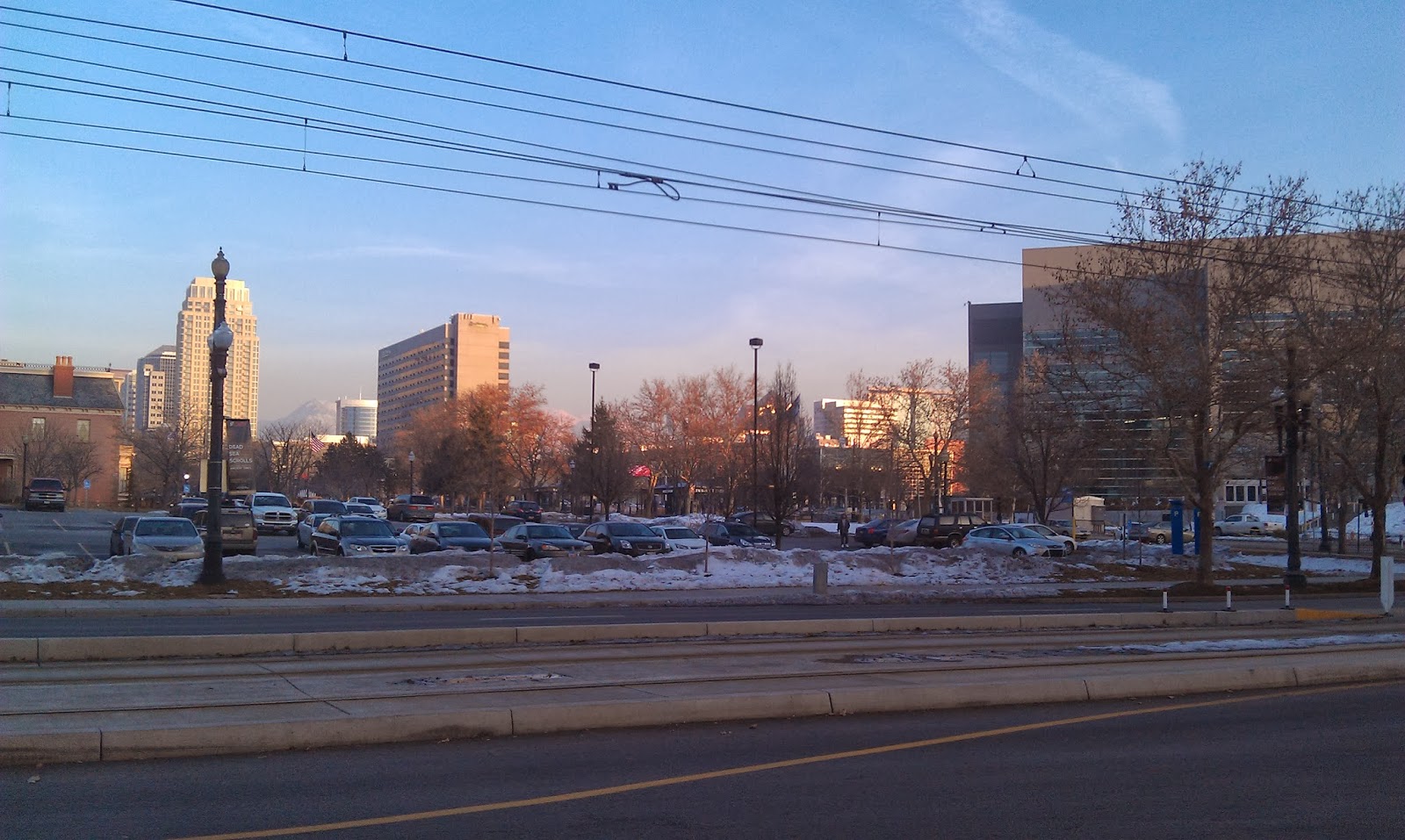 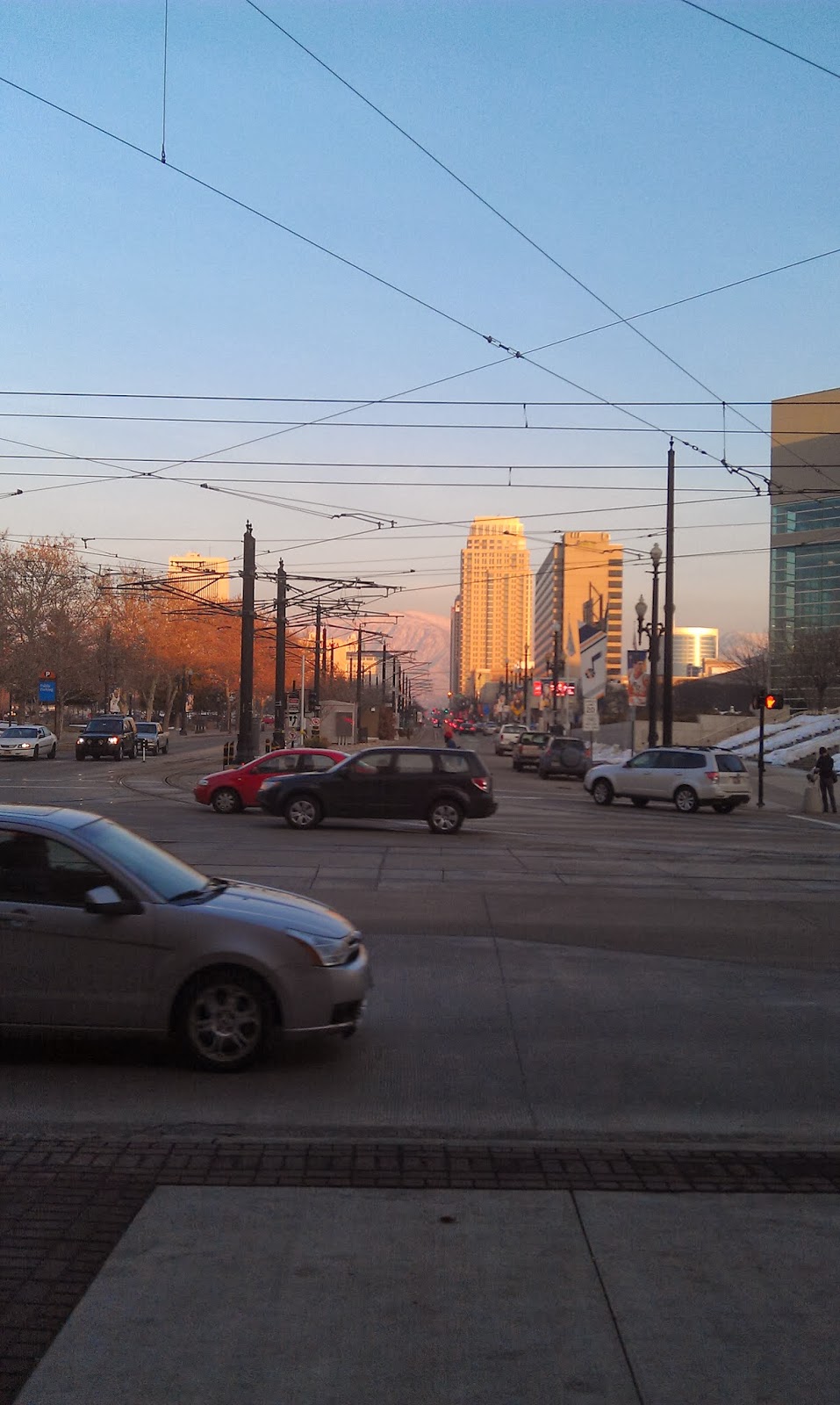 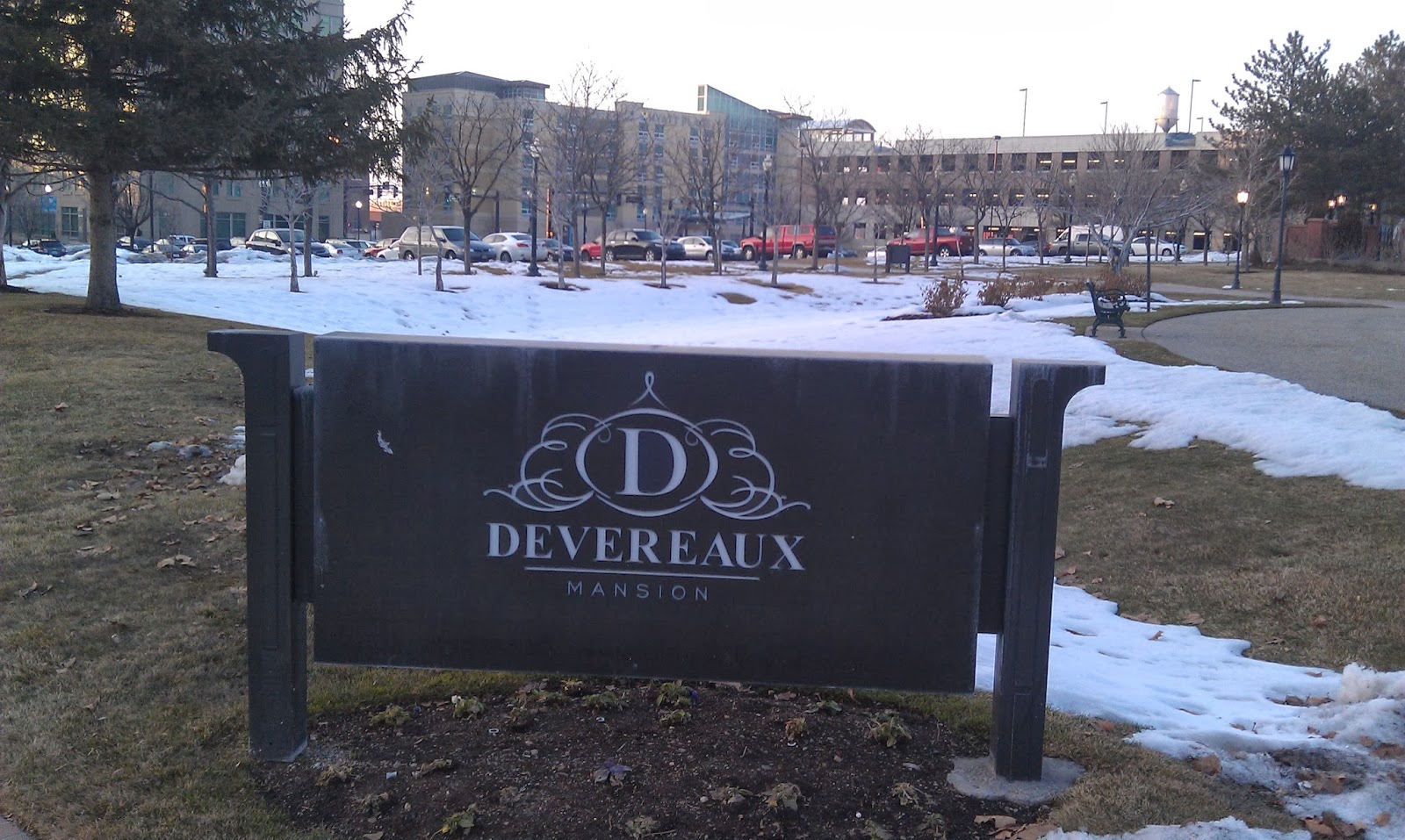 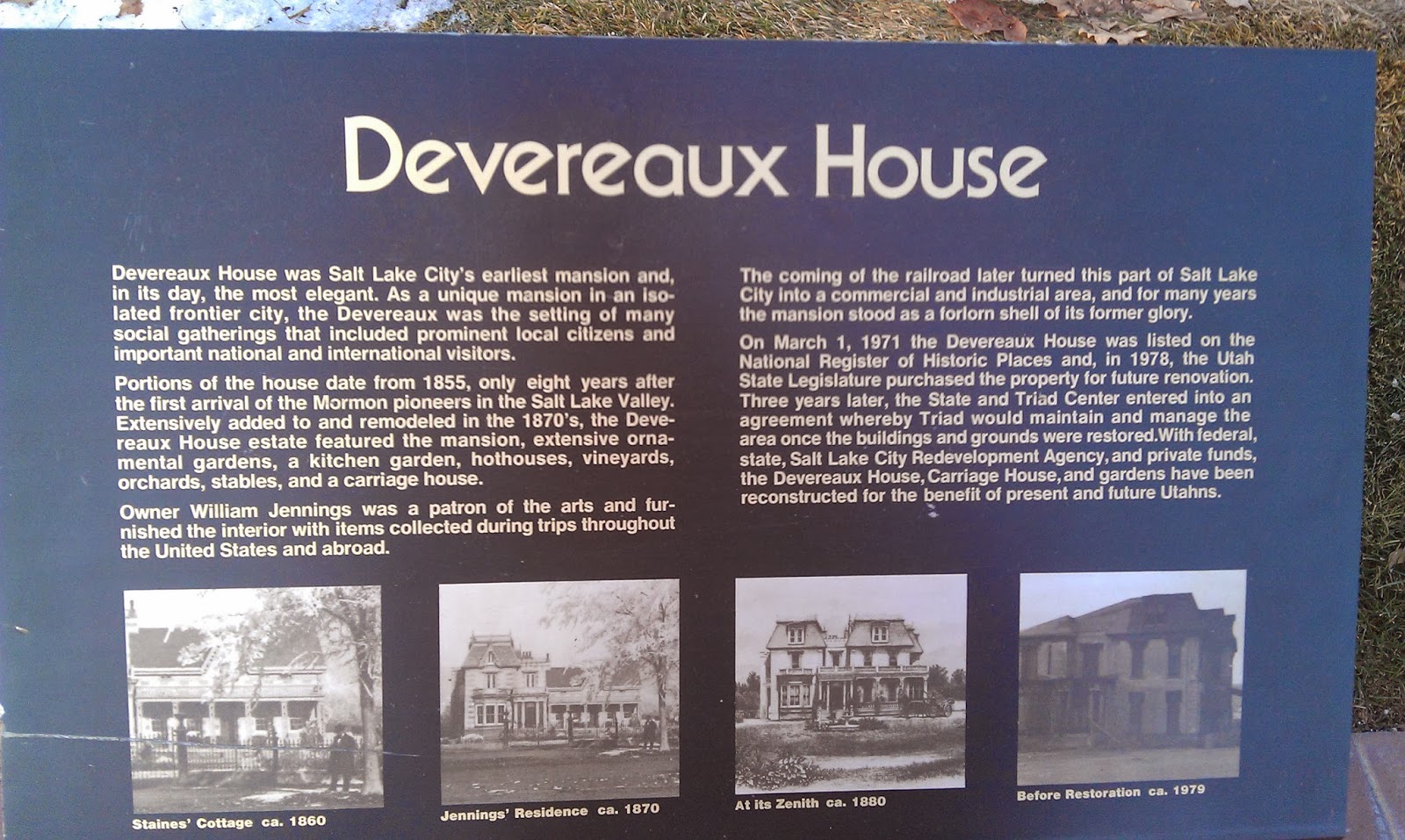 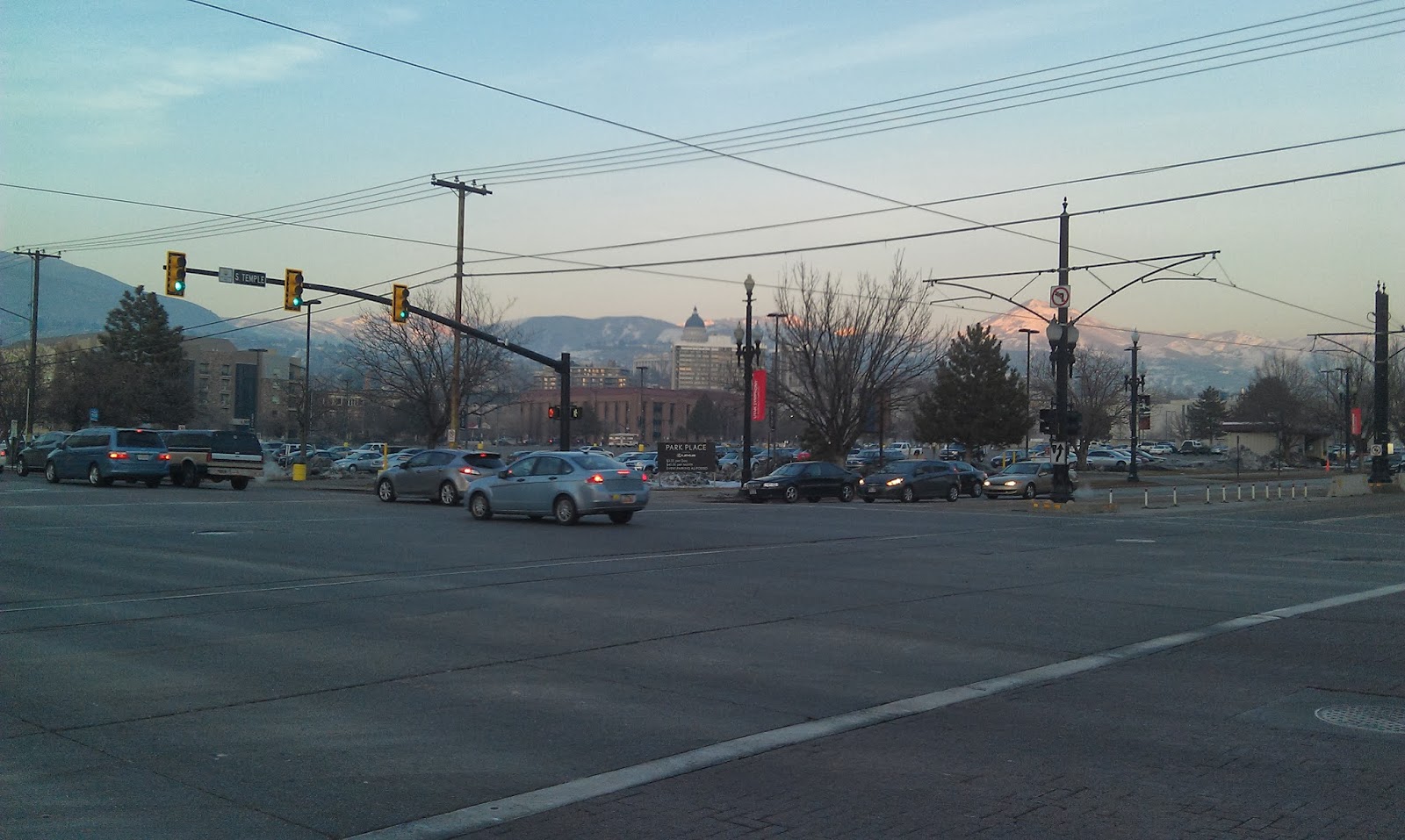