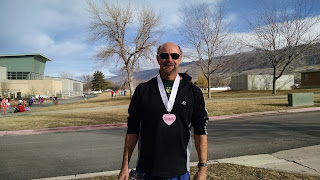 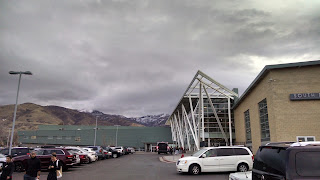 
To kick off the racing season each year, I usually do the Sweethearts 5K race in Bountiful, Utah.  The South Davis Recreation center puts on a great race on a very familiar course: they use the same 5K course for their Thanksgiving race and even a summer 5K.

It is an honest course with a fast start and then a final 1.5 mile grind to the finish.

The race is also super affordable: for under $30 you get a fully supported race, a tech shirt, a finisher's medal and usually a pretty sweet age group prize (if you are lucky / fast enough to grab one). 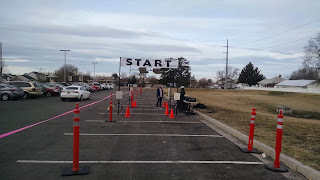 
I rolled in plenty early and was fighting for the last few spots in the parking lot. There was a youth basketball event that day and the parking lot was jammed.  I felt sorry for the people who would be arriving after I did.

I wandered into the recreation center (which is a beautiful building) and found the EXPO, which was upstairs instead of in the gym. I grabbed my shirt and bib and a few of the extras and headed back to my car. 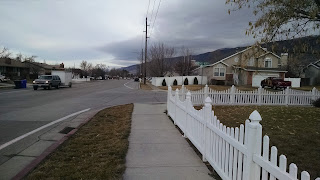 I did about a mile and quarter easy shake out run before returning to the center to use the facilities.  I did some more dynamic exercises and made my way over to the starting line for the 9 AM start.

This race (and their Thanksgiving race) usually start 5 to 10 minutes late.  This year, however, they started right on time.

I had run into a friend of mine who said I was going to thoroughly trounce him this race.  We usually run fairly competitively and now I actually had to live up to the challenge. My warm-up had been lackluster and while I had hopes of going sub 25 minutes, I had my doubt.

I also had been plagued with a foot injury.  My ingrown toenail had come back and I had run on it funny on Wednesday and Thursday.  As a result of landing differently, my left foot was definitely pissed off at me.  I had a pronounced limp on Friday and while I knew I could finish the 5K, the question for me was how much would it hurt?

The key to this race is getting off to a good start.  In the past, I've taken it too conservatively and have been unable to make up time in the final 2 miles.

Initially I was hemmed in.  The race appeals to a lot of rookies and many were lined up in front.  However, after about a minute I was able to run the pace I liked.

The friend that had challenged me was ahead of me and my initial reaction was just to hang behind him and then turn on the jets late in the race.  For 5Ks, that rarely works for me.  So at that point I threw caution to the wind and let it rip.

The first mile flew by and while I knew I was going into oxygen debt, I was shocked to see that I hit the first mile marker at sub 7:30.  While I was aided by a very small downhill, it certainly built up my confidence.  My challenger was behind me and I was honestly feeling pretty good.

The second mile starts off flat but you round a corner and begin heading back to the recreation center.  There is small hill you have to get up but just when the race is starting to get tough.  I dialed back my pace because I knew that the next mile was going to be even tougher.

I was running with a few people and chasing down a few others.  It wasn't until nearly mile 2 that some of the more even paced runners over took me.  Luckily, they weren't in my age group.

The final mile was a grind.  I was definitely hurting and while I had eaten some breakfast, I felt like it was going to make a reappearance.  My ears were ringing a bit and I just felt like I'd normally feel at the end of a 5K.

I just going and in the last few hundred yards I looked behind me and saw no one closing in behind me.  I was going to beat my challenger!

I realized I was on target for a really good race so I dug deep and just pushed as hard as I could.  As soon as I had reached the top of the hill I knew it was flat or slightly down all the way back.  I really kicked it into high gear. 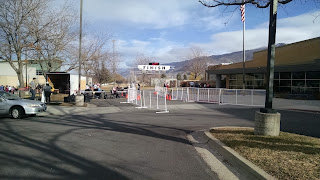 
To say the least I was super happy to have a finishing time of 24:31.  The last few times I've done this course I've finished in over 25 minutes.  While this wasn't an "A" race for me, it was important and it was the first time I've done better in a race versus the year's previous.

Even better I had won in my age group, netting me a very nice coffee mug.

In years past, they've been pretty slow with getting on with the awards, but this year they were pretty much spot on.

I grabbed a few things to eat, socialized and congratulated my friend on a good race (he was at a disadvantage coming off of a cold). 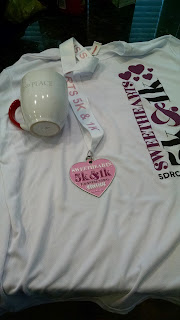 Overall, I have no complaints about the race.  It was affordable, started on time, and I definitely got a lot for my money.  I am also ecstatic (to put it mildly) with my time.  I totally beat my expectations and did well on this course.  This is the second race where I feel positive about and this bodes well for 2018!
Posted by Eddie Gaul at 10:26 AM