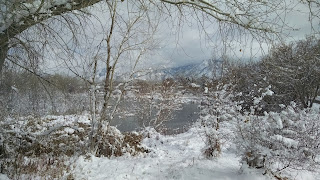 This week was sort of a blah week.  The weather was fairly good but I didn't seem to have a lot of energy to run.

My Sunday long run, however, went well and I was turning in some decent splits near the end of it.  I've been using Beet Performer for key workouts and races.  As far as beet juices go it isn't awful tasting, but it isn't something I'd sip on a cool day while reading the newspaper.  It seems to have a very mild (if any) performance boost to it.  There isn't any caffeine in it -- it is just filled with nitrates that open blood vessels, allowing you to process oxygen better -- at least that is the science behind it.  It seems to work -- whether it is a placebo effect or there really is something to it, I am not sure.  It does, however, make going to the bathroom afterwards "interesting".

I also used my juice before Wednesday's key workout.  Normally I like to do 2 miles at 5K pace, but opted instead for a slightly altered workout of a long run.  It was one of those nights that I felt like running long at a good clip versus a gut busting speed workout.  It paid off and it felt good to run at a quick pace without going all out.

My overall volume was also solid.  Good enough to maintain my endurance fitness as well as put me on the cusp of easily training for a marathon. 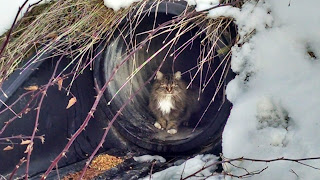 
I almost always run at the same time, same place during the week.  I get off by 4 PM, I fool around at home fro a bit and then head out by 4:30.  By 4:45 I pass by a place where I've been feeding a cute little feral that I've been calling Fluffy.  I've known this cat probably for 2 years.

Times are lean for the ferals.  With the ground covered by snow, I think they are short on food.  The mice that they thrive on, probably don't come out so they are hungry.

"Fluffy" knows my schedule and for the past few weeks she has been a regular customer.  I leave food and within a few minutes she appears (after I've stepped away) and it attacks the food.  It is a brief feel good moment for both of us and it gets me out the door on days I don't necessarily feel like running. 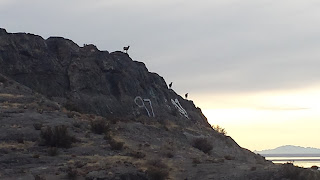 If you've ever driven from Salt Lake to Wendover you've probably seen the graffiti along the I-80 and wondered about it.  It turns out that graffiti was (often times) written by WW2 serviceman back in the 40s while they were developing the atomic bomb that ended the war (at least that's the story I am told).

I have run through that area many times and it is just an immensely beautiful area that not too many people know about.  It isn't hard to get to and a morning run is often a treat.

I was running there on Saturday and was going to go for a short run.  Normally I get sucked into it and my quick short run turns into a long run.  However, I fully intended to keep it short.

As I was running, I spotted a hill or peak that I had run by countless times but never actually climbed.  Since I was on a short run, I decided to see what was up there and what the views were like.  Also, I had spotted what looked to be a pronghorn antelope at the top.  It has been a while since I've seen the antelope.

The climb was sort of tough (but actually coming down was tougher) but it was safe and afforded some incredible views of the salt flats, Wendover and the surrounding canyon.  I also scared about 5 pronghorns who were highly suspicious of me (very few people venture out that way).

I got some good pictures -- I just wished I had brought a better camera with me.  I had my old phone and the picture quality isn't the greatest.

Here are the photos I took: 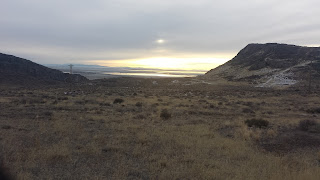 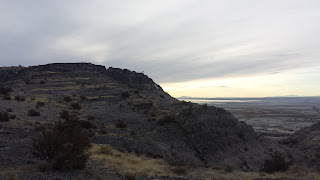 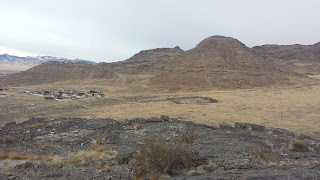 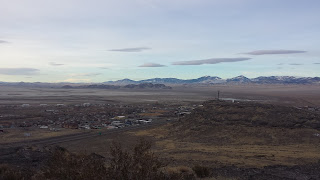 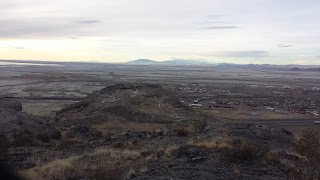 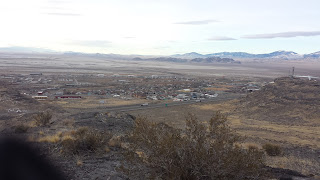 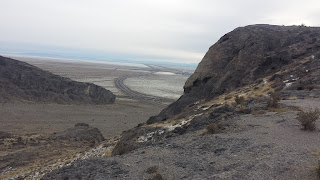 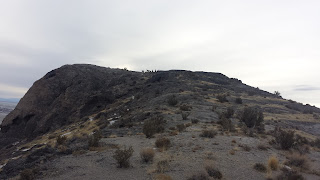 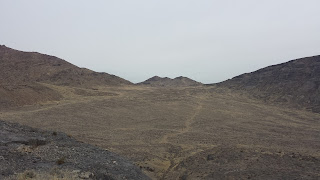 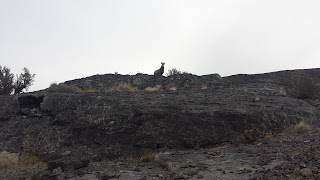 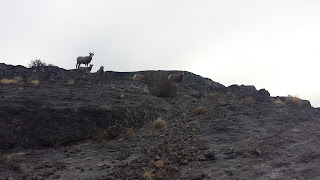 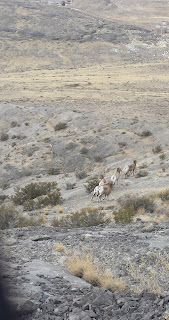 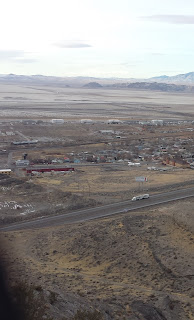 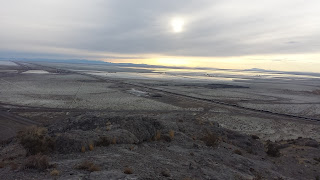 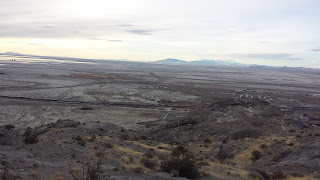 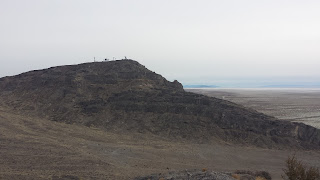 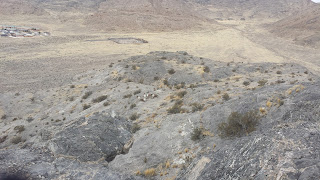 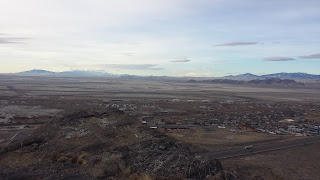 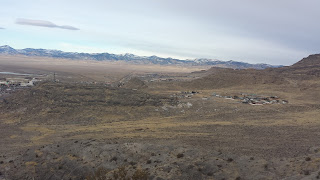 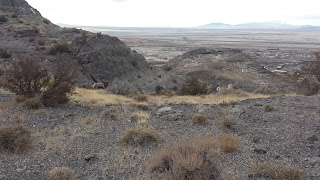