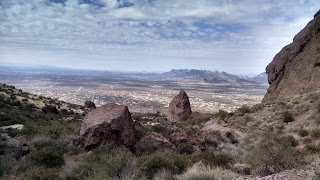 
While visiting my brother in Tempe Arizona, we opted to check out the Lost Dutchman State Park, in Apache Junction.  Apache Junction is about 30 minutes east of Phoenix and is fairly easy to get to.  The park is about 10 minutes from the freeway and with a $7 entry fee we were provided a map and a plan.

The visitor parking lot has clean bathrooms as well as water.  We were visiting in the winter, which meant really good temperatures.  I would NOT want to hike this park in the dead of summer.  There isn't much shade and the trail does get challenging. 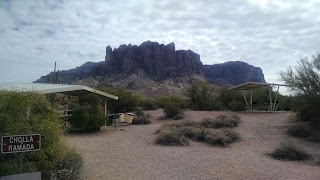 
The trail starts off innocently enough.  We started from the visitor's lot and made our way along the dirt trail.  The gap in the mountains kept getting closer.

Visiting on a Sunday we encountered several trail runners as well as plenty of hikers.  There are several trails here for entry level and basic hiking.  The Siphon Trail, however, is a bit more challenging.

We hadn't done our research into the trail and little did we know about this one.  After a mile or two the trail started to make its ascent into the Lost Dutchman Mountains.  The trail does become challenging.

Eventually you come to the first major challenge.  It is a lot of scrambling, getting on all fours and really working your cardiovascular fitness as you climb up almost a sheer wall.  I was able to do the climb (and subsequent descent) with regular running shoes.  Although my brother was in less than great shoes and he really struggled.

The 2/3rds of the way to the Flat Iron portion of the trail is where many people call it a day.  We opted to call it a day as well.  I had gone through a fair amount of water and I was definitely more worried about getting back down versus going up.  My brother was also struggling and the view that we had already earned was good enough.

The final stretch of the trail apparently is not maintained.  Although plenty of people had gone to the plateau at the top.  I watched several groups clamber up and down the remaining stretch and it was slow going and if not a bit dangerous.

My suggestions would be for those who go after the first summit is:
Overall this was a good hike.  I suspect it took us about 90 minutes at a fairly leisurely pace to reach the first summit.  The next day, I was surprisingly sore.  The climbing and putting myself into precarious positions really took a toll on me.

The views from the hike are outstanding and is a "must-do" if you are an adventurous hiker visiting the Lost Dutchman Park. 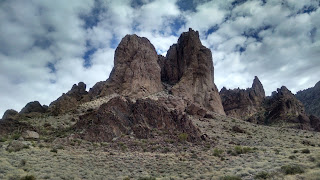 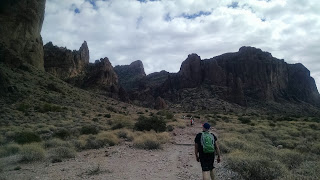 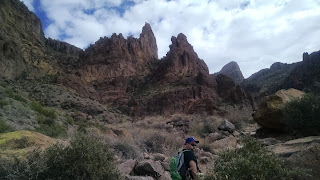 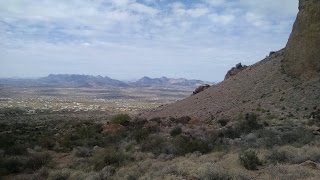 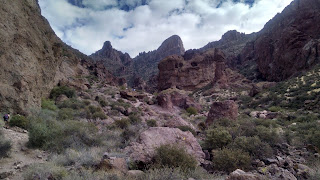 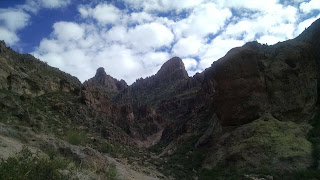 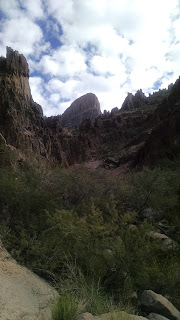 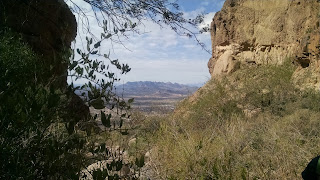 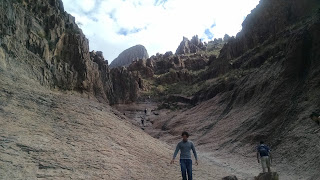 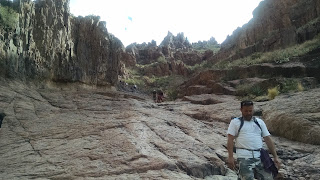 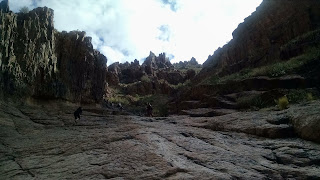 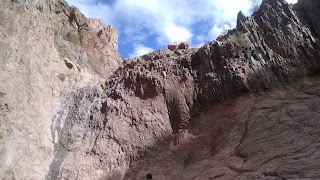 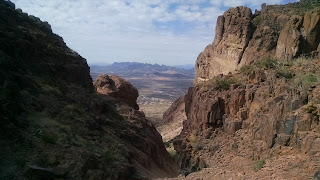 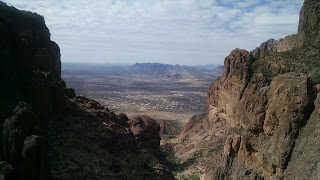 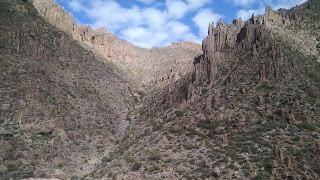 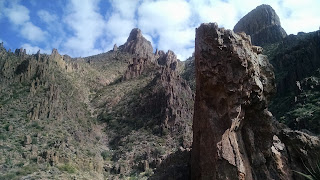 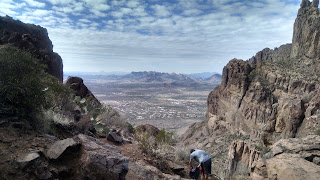 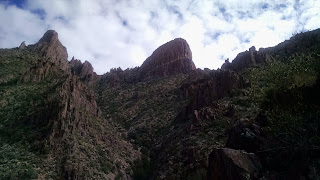 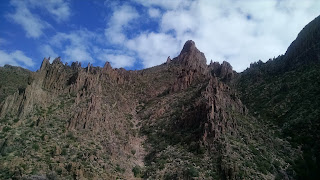 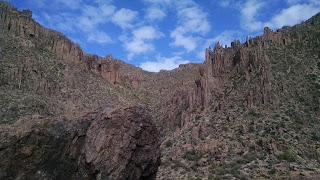 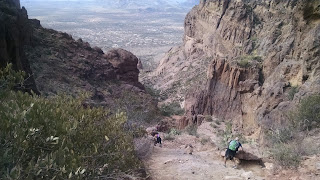 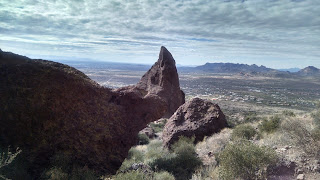