I had every intention of tearing it up this week and getting in some miles, but unfortunately my right food had different ideas.

Faithful readers may recall that my right foot was hurting and I was worried it was a stress fracture.  The pain throughout the week was fairly constant and a few days shy of Christmas I tried (weakly I might add) to find a doctor.  Most doctors were booked or were going on vacation -- strange, in Illinois I can generally get into a the doctors office "the day of".  Here it is always a week or two wait.   Whether this is fewer doctors or a side effect of Obamacare, I am not sure.

Either way, I don't think it is a stress fracture and the more I was able to pinpoint the pain and problems, the more convinced I was that I had Morton's Neuroma.  This sounds ominous but on Tuesday's run it felt like my sock was bunched up in my shoe (when it wasn't) and I felt something in the ball of my foot, akin to a tiny pebble.

I don't wear high heels and normally this problem affects women.  So I am not sure if my diagnosis is correct or if it is me reading about foot pain and trying to match my pain to a list of symptoms.  But a good deal of my aches and pains seemed to match up.

After making that decision, I came home, iced it and treated it with a heavy dose of anti-inflamatories.  I wound up taking Wednesday off and on Thursday I went out for a run and for the most part had zero problems with it.  On Friday I opted to take the day off.  Today, Saturday, I got in 7 and only felt mild discomfort from time to time.

Naturally, due to the injury, my running streak of attempting to run from Thanksgiving to New Years failed about a week shy.  Granted, I was training hard and I don't think I ever ran less than 3 miles, where as the minimum was at least one a day.

I also want to be able to race / train hard in the near future, so completing a magazine challenge that I've already done (last year) doesn't hold as much weight anymore.

The race calendar is still pretty bleak, but I am leaning on doing a 10K next Saturday up in Kaysville.  It is reasonably priced and the weather forecast looks like it should work out.  I'll make the final call on that in the next 24 hours.

I also would be tempted to do a New Year's Eve 5K but the forecast for that appears to be extremely cold -- i.e. single digit temperatures.  My cutoff for running tends to be about 10 - 15 degrees, but we'll see what the wind is doing and whether I want to battle the elements.

Pictures of the Week

Early this week, I caught some awesome sun reflections off the Wasatch Mountain range.  As the sun sets over the Nevada border it reflects off the snow caps in Utah.  It is a truly unique site that I managed to capture just before heading out for a run. The pictures below were taken on separate days from Winchester Park in Murray. 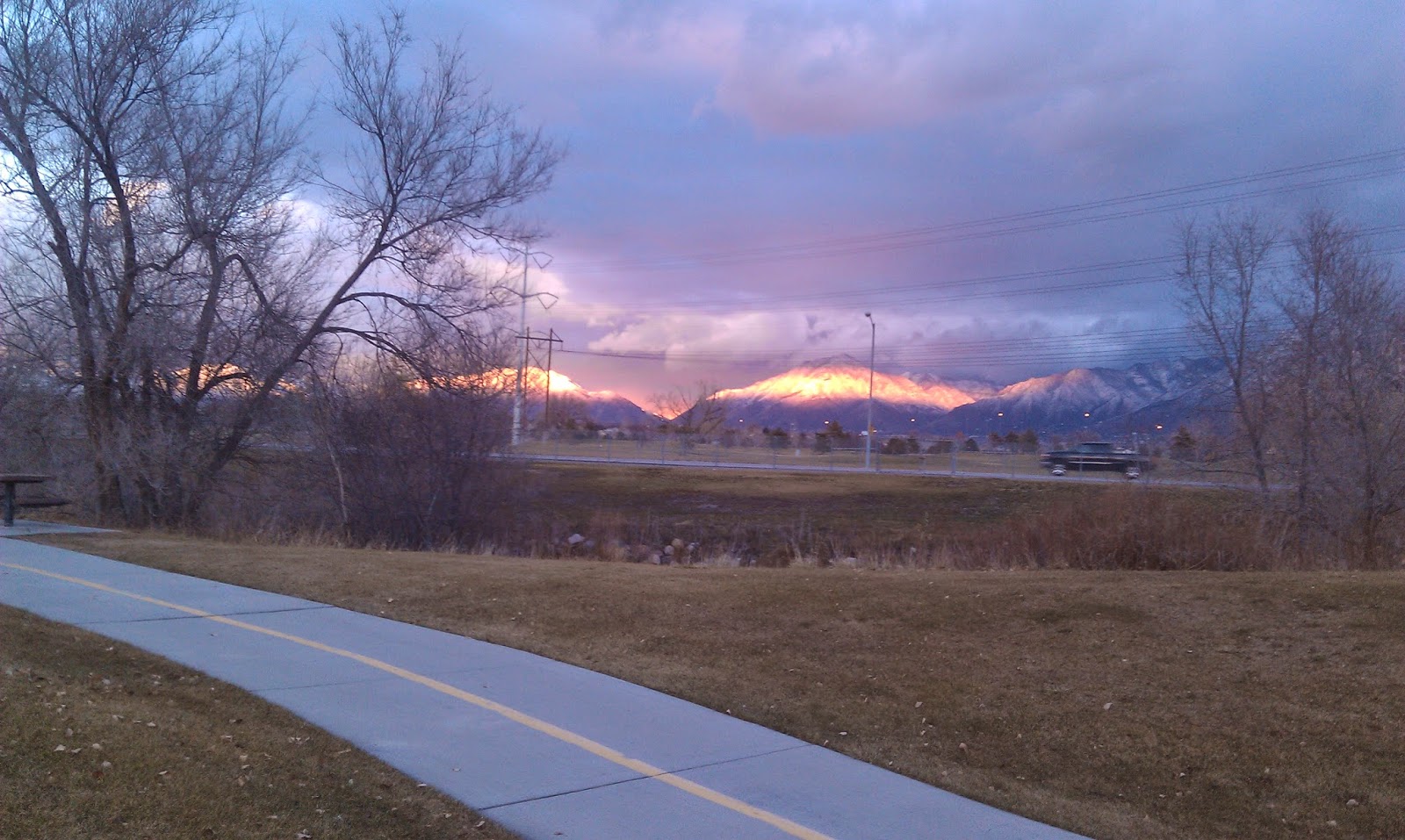 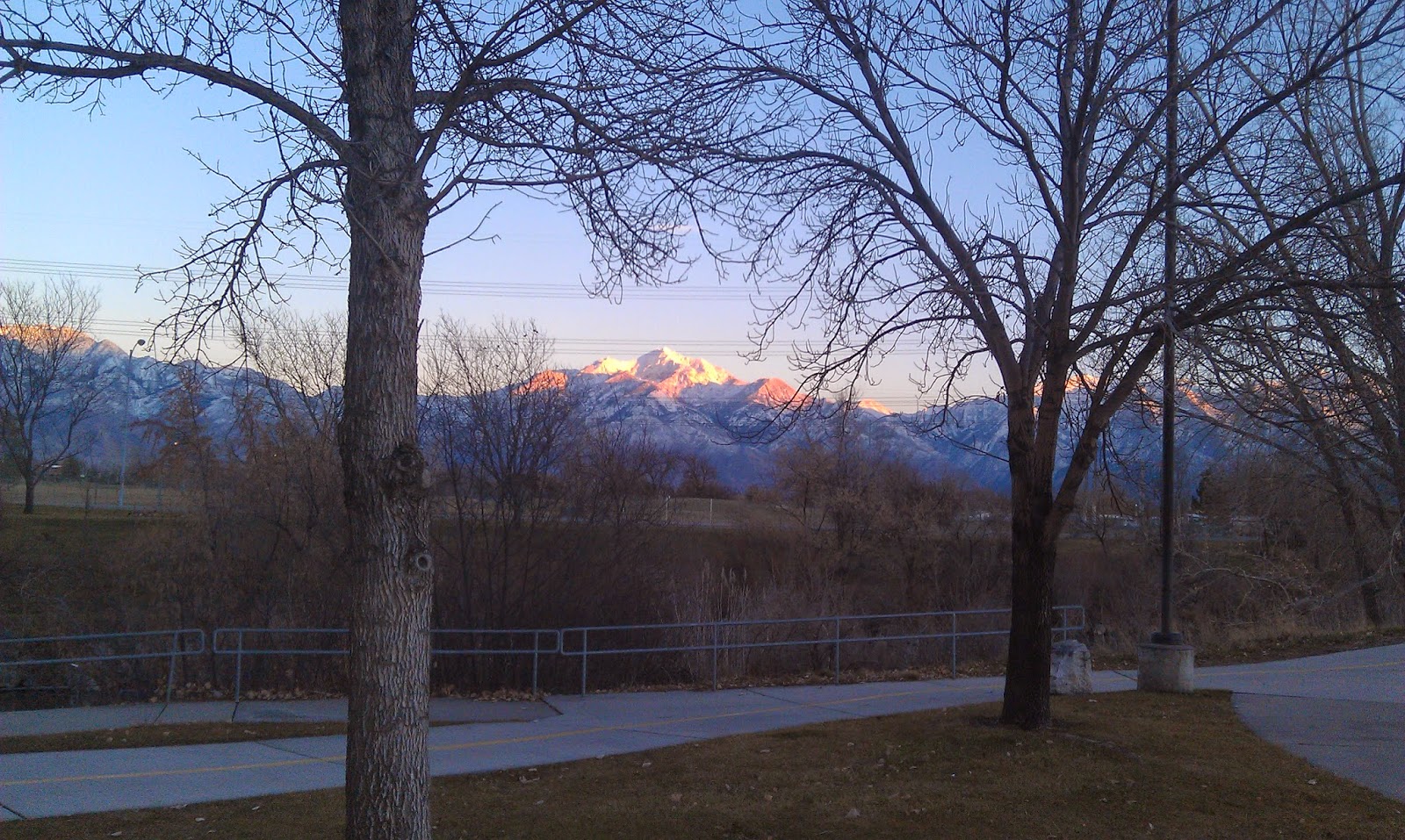