One of my favorite things to do when visiting a town is to go for a run in the morning and see the sites.  I had that opportunity on a recent trip to Elko, Nevada.  Since I was staying for two nights, it gave me the opportunity to get up both Saturday and Sunday morning and go exploring.

Saturday was a picture perfect day for north-central Nevada.  The temperature was in the upper 30's and the sun was painfully bright.  I took off from the Red Lion Hotel and Casino and headed west along Idaho Street.  There was hardly any traffic and the sidewalk was easy to run on.

My first historical site / sighting was the Northeastern Nevada Museum and a historical marker commemorating the city of Elko.  I would later visit the museum (which I'll talk about in a future post).  I also saw the Sherman Station which was used as a stop for the Pony Express and is now using for the chamber of commerce: 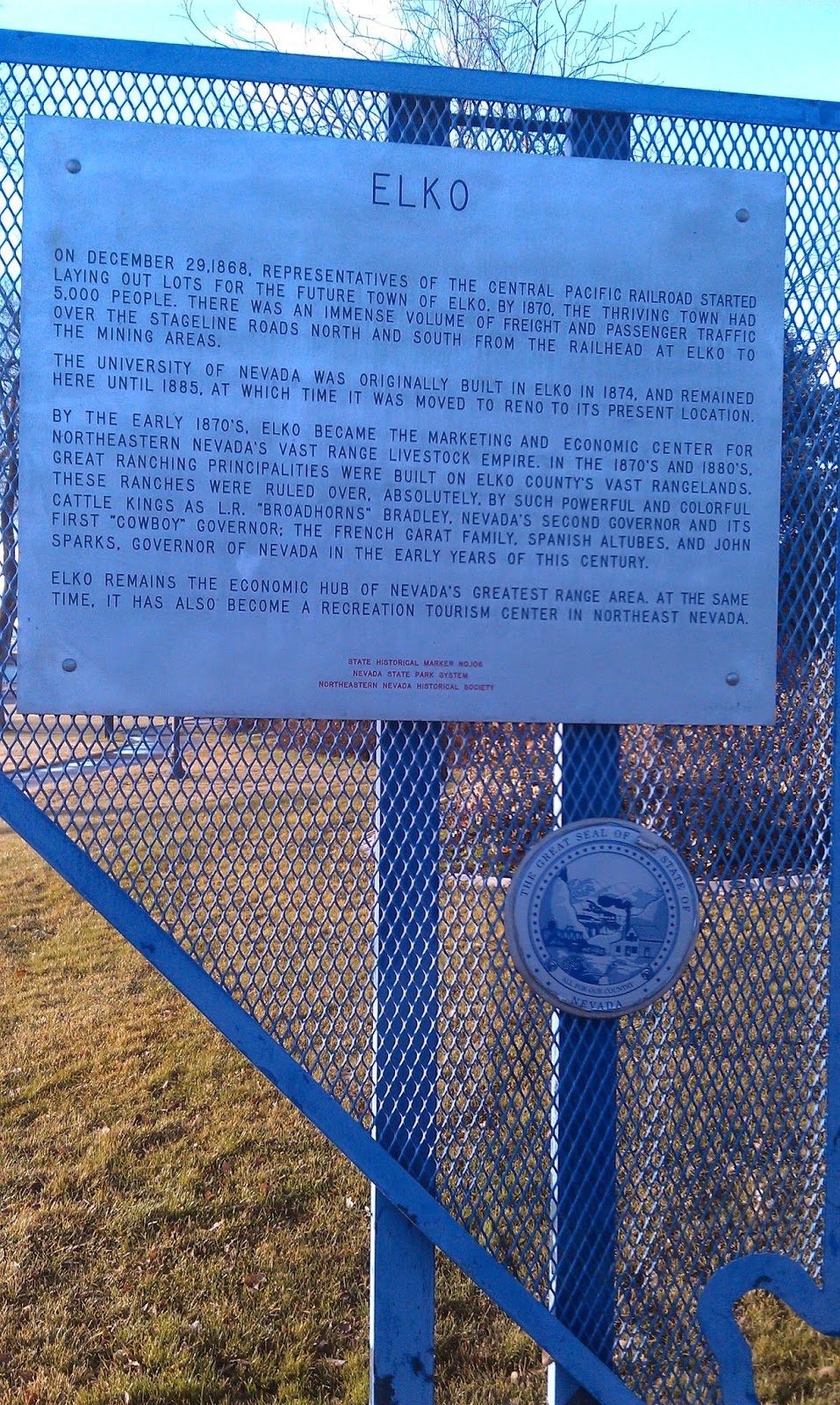 After snapping a few pictures I continued west and I got my first glimpse of the downtown area: 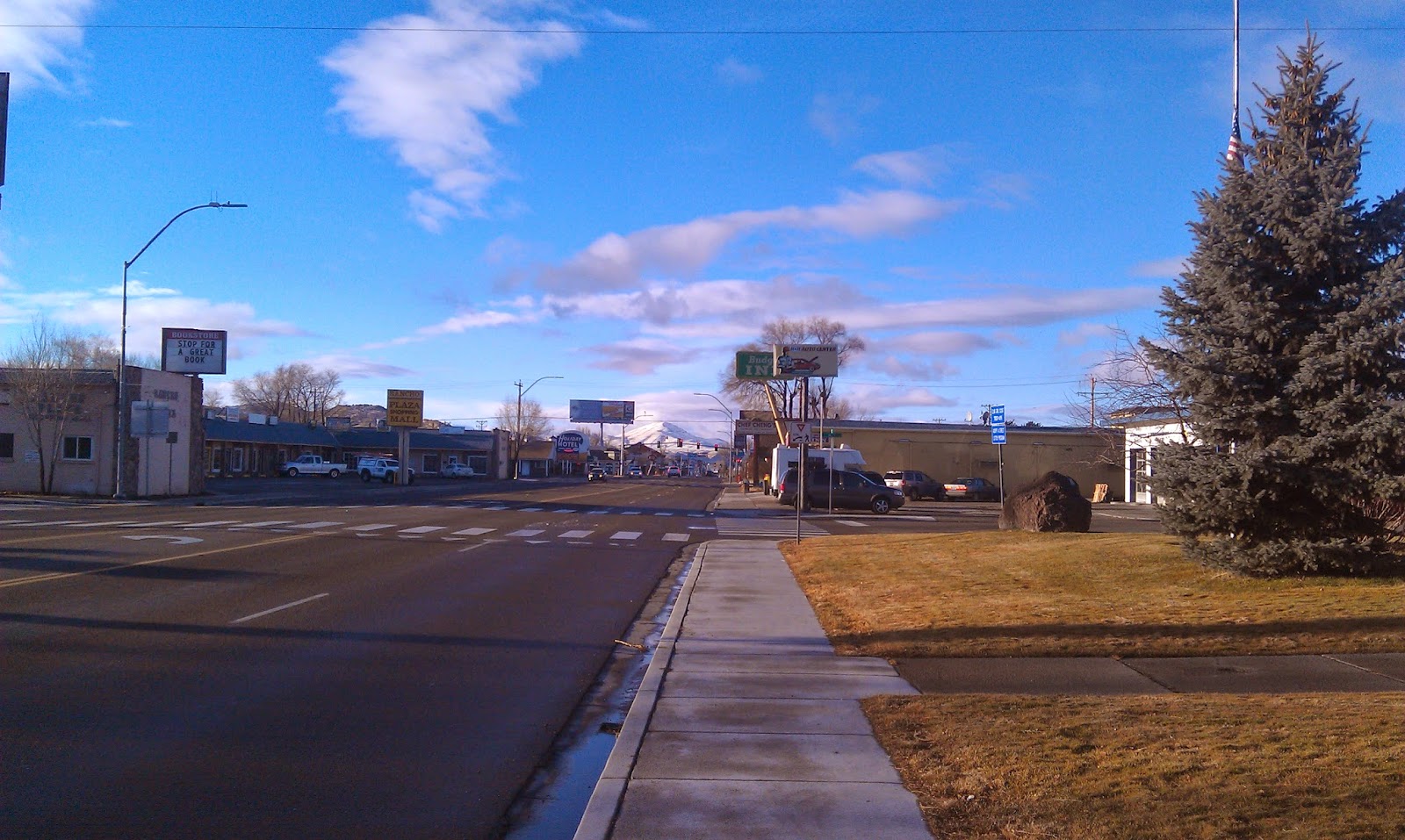 I quickly ran by the court house and then I was unceremoniously dumped into the downtown area, where there area a pair of older casinos. 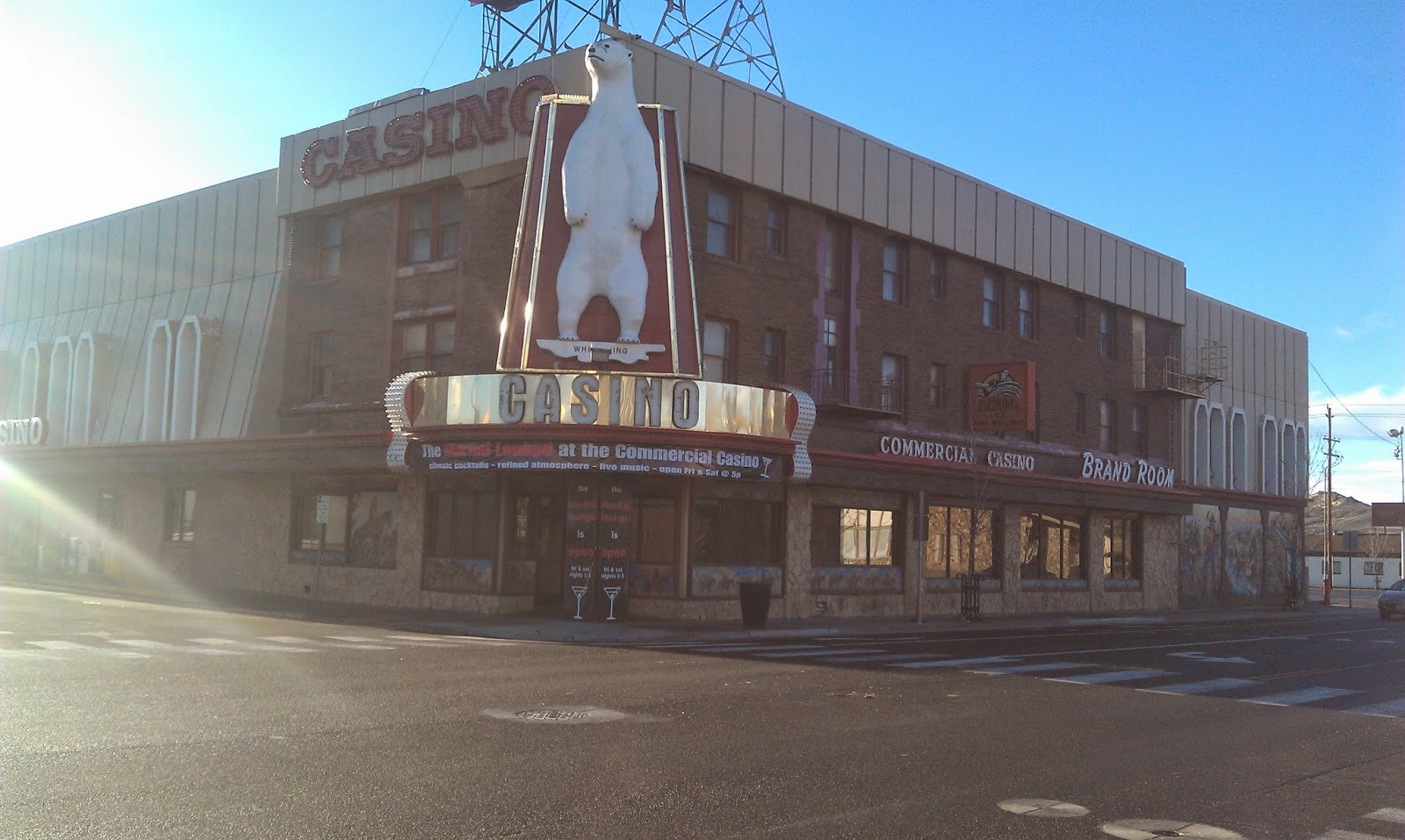 Not soon afterwards, I took Idaho street back to the hotel. However, on the way back I was greeted by a procession of just about every municipal city vehicle -- sirens blazing.  This also included Santa in the lead car.  There had to be about 30+ cars and each vehicle carried several kids.  On the way into town on the previous night we had heard on the radio (KELK) that Shop with a Cop was going on, but I didn't think they would make that big of a deal out of it.  It was pretty cool waving to the kids and getting cheered on by the children who were allowed to use the loud speakers on the police vehicles.  I did, however, probably lose a bit of hearing on account of the sirens: 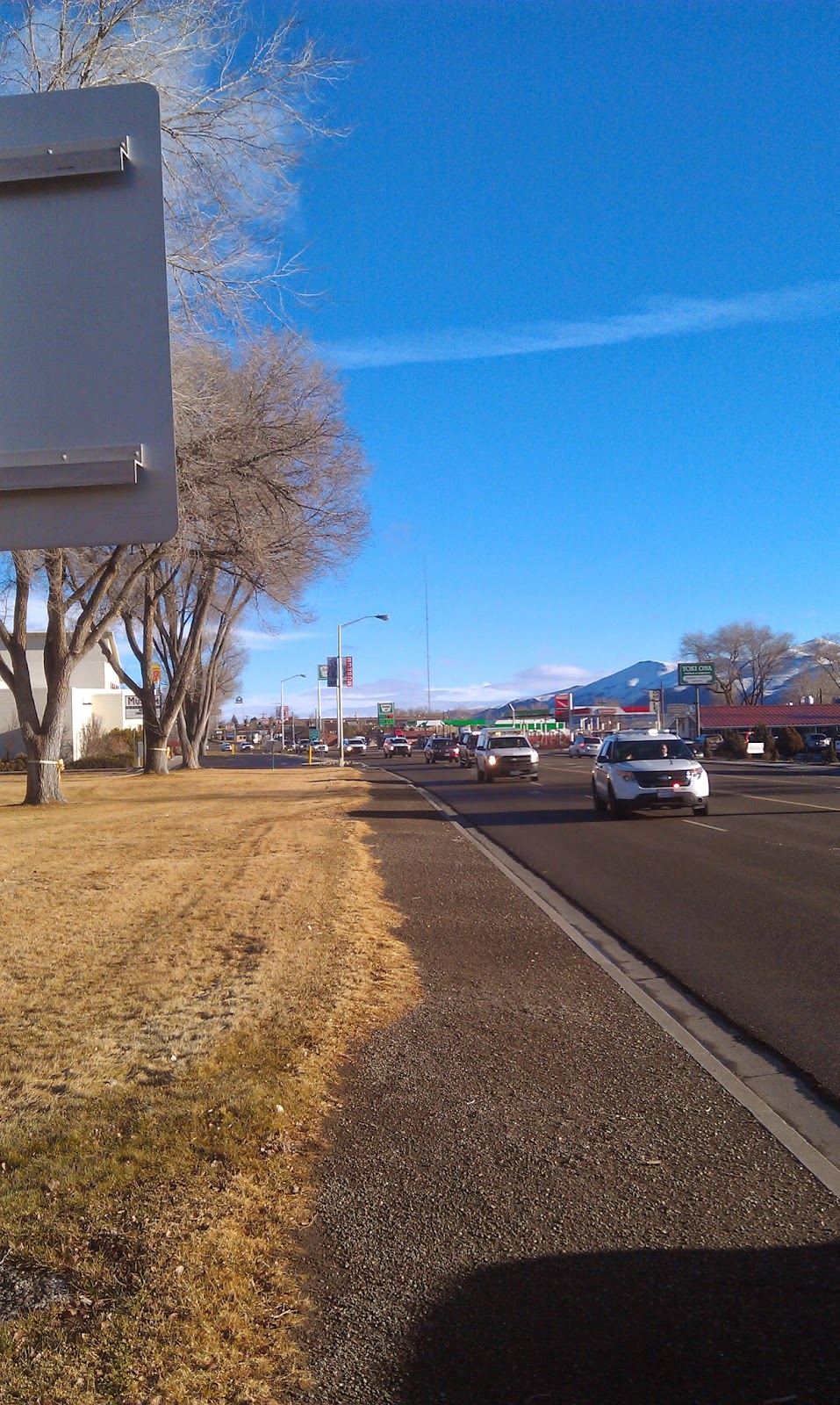 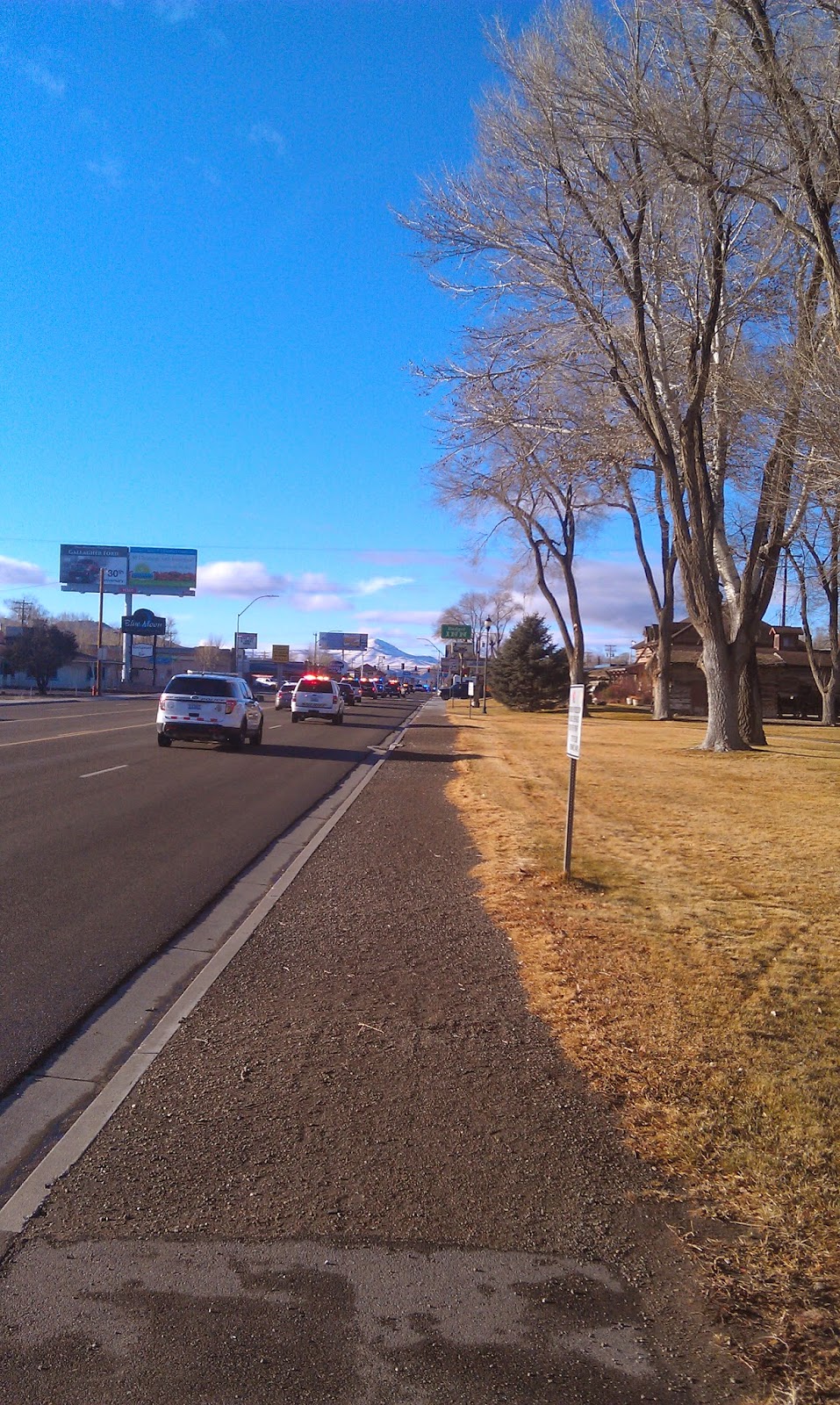 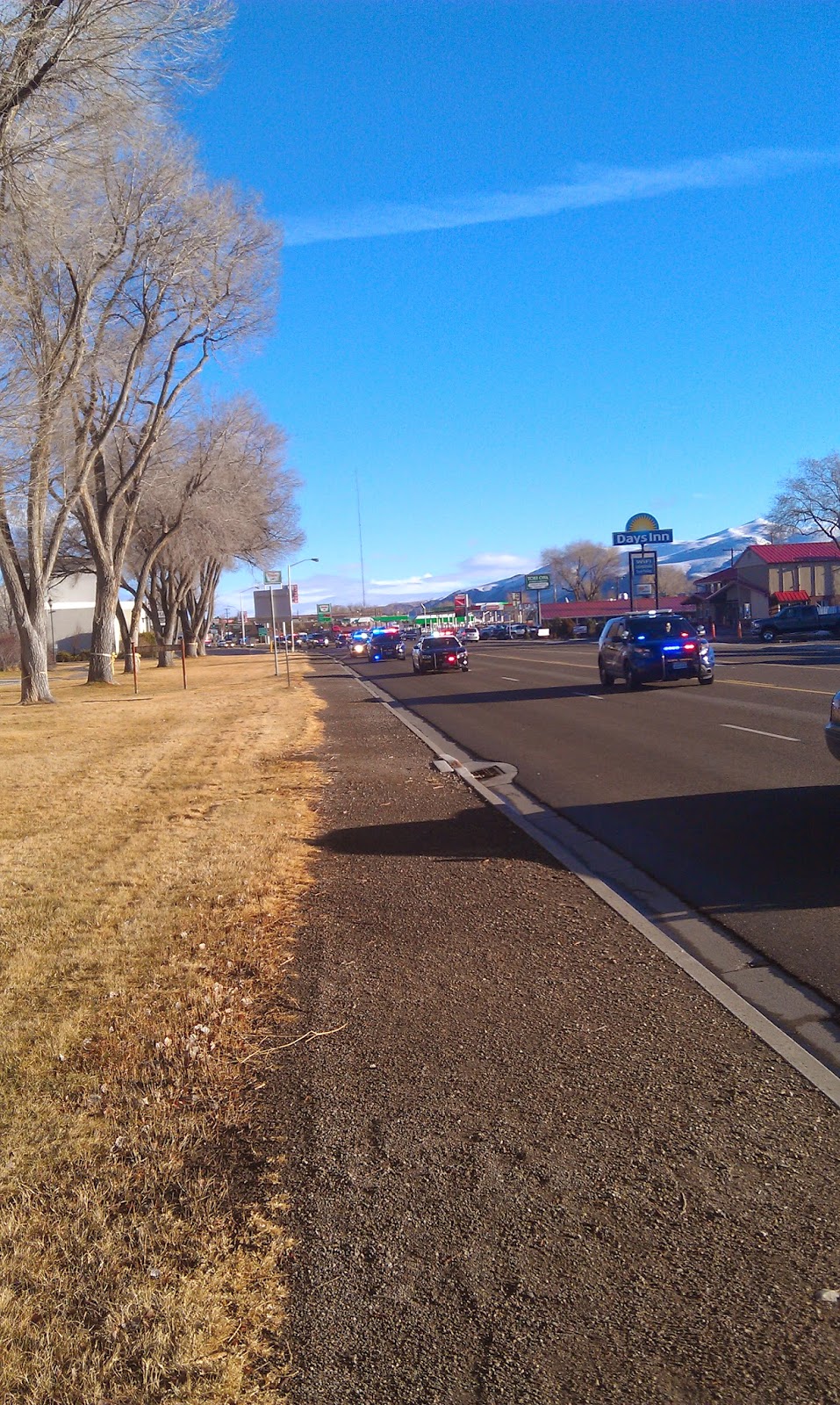