Shari and I didn't go to Elko just to gamble.  I found a bunch of things to do and one of the stops I wanted to make was to the Northeastern Nevada Museum. Located about 1/2 mile from the Red Lion Hotel on Idaho Street, it was a quick and easy trip.  For $5 for each of us, we had the the opportunity to explore a really nice museum.

After paying for admission, I was greeted with a very cool quartet of vintage slot machines.  I love looking at the old machines and these were really in great condition.  One has to wonder how many people had played them in the past and where they had been used:

The first thing one will notice upon entering the museum is a wing to the east filled with preserved animals.  Known as the Wanamaker Wildlife exhibit, this wing is filled with all kinds of animals that have been perfectly preserved.  They are incredibly life-like.  And just when you think you've spotted them all, you find another critter hidden in the exhibit.  We spent a good 20 - 30 minutes just circling the area finding new and interesting things.  It was also a great opportunity to take some incredible pictures:

Please note: the exhibits below are real, preserved animals, not replicas: 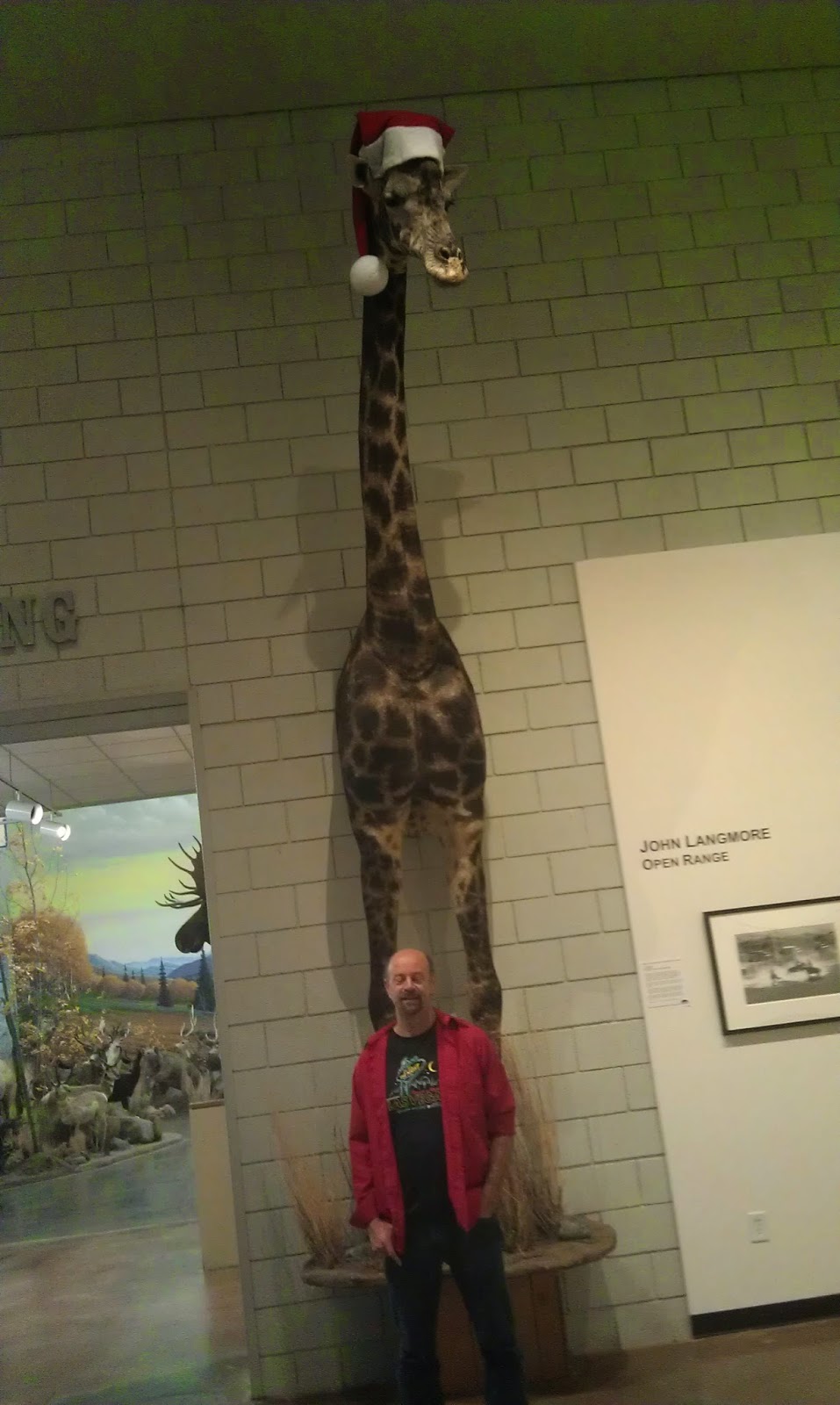 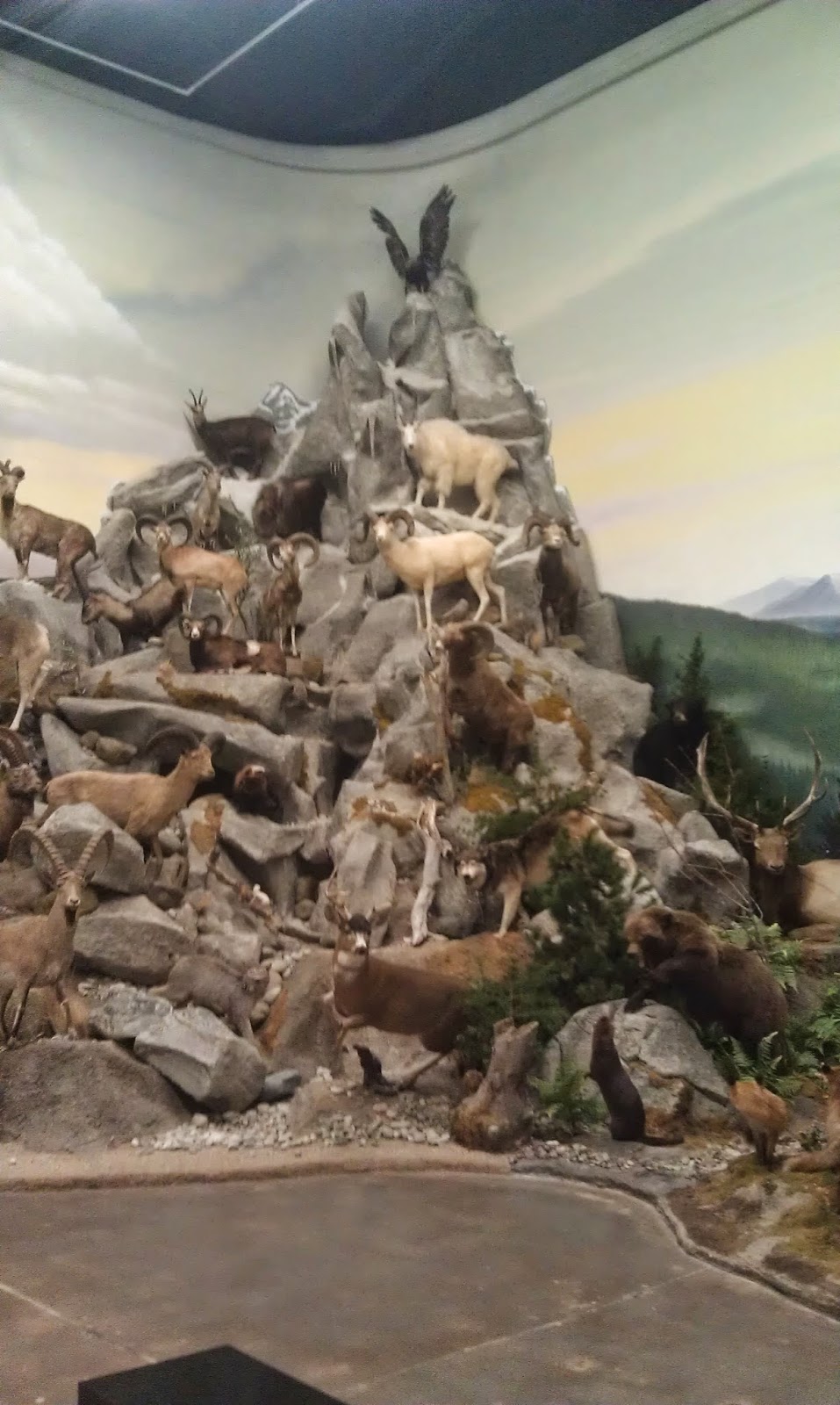 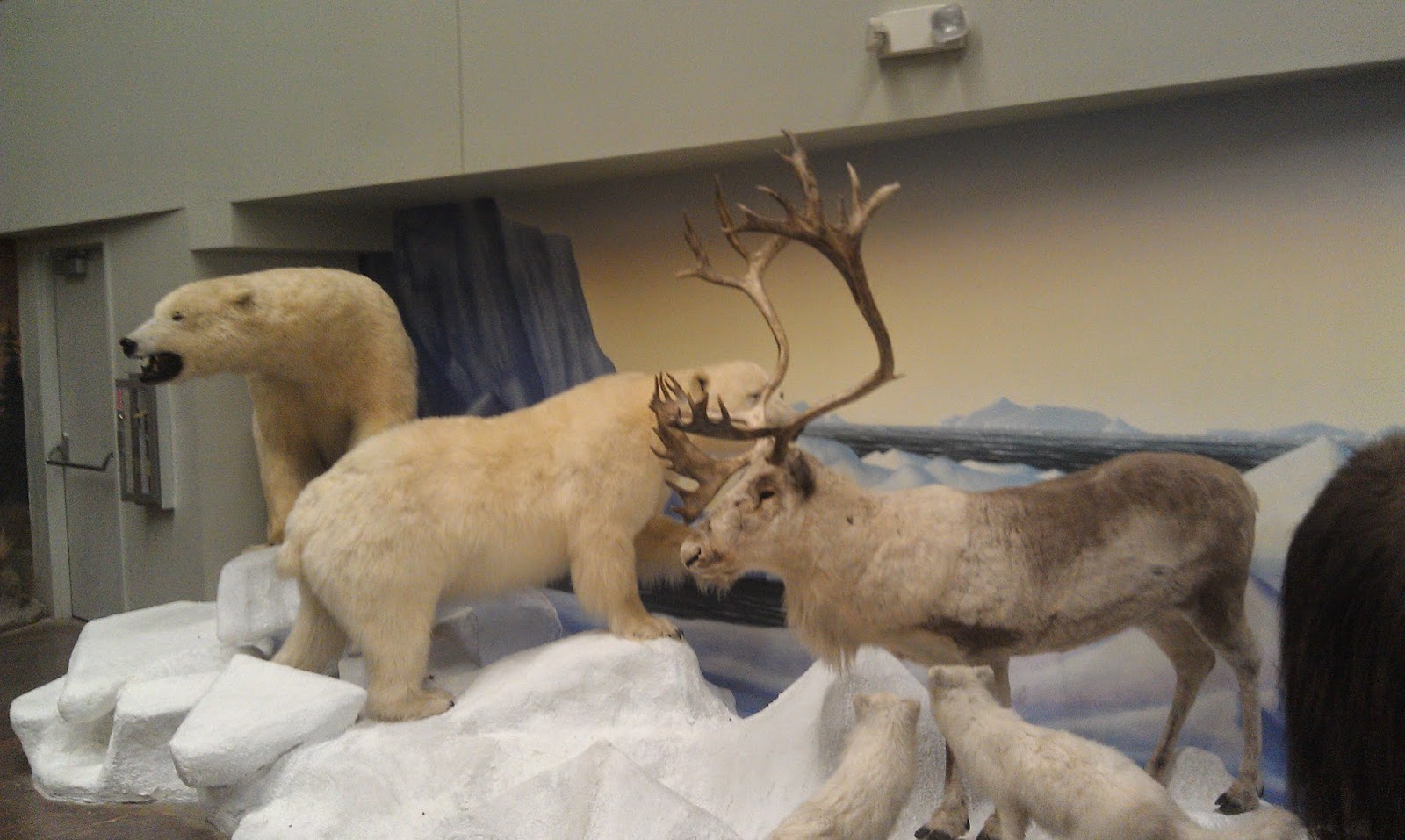 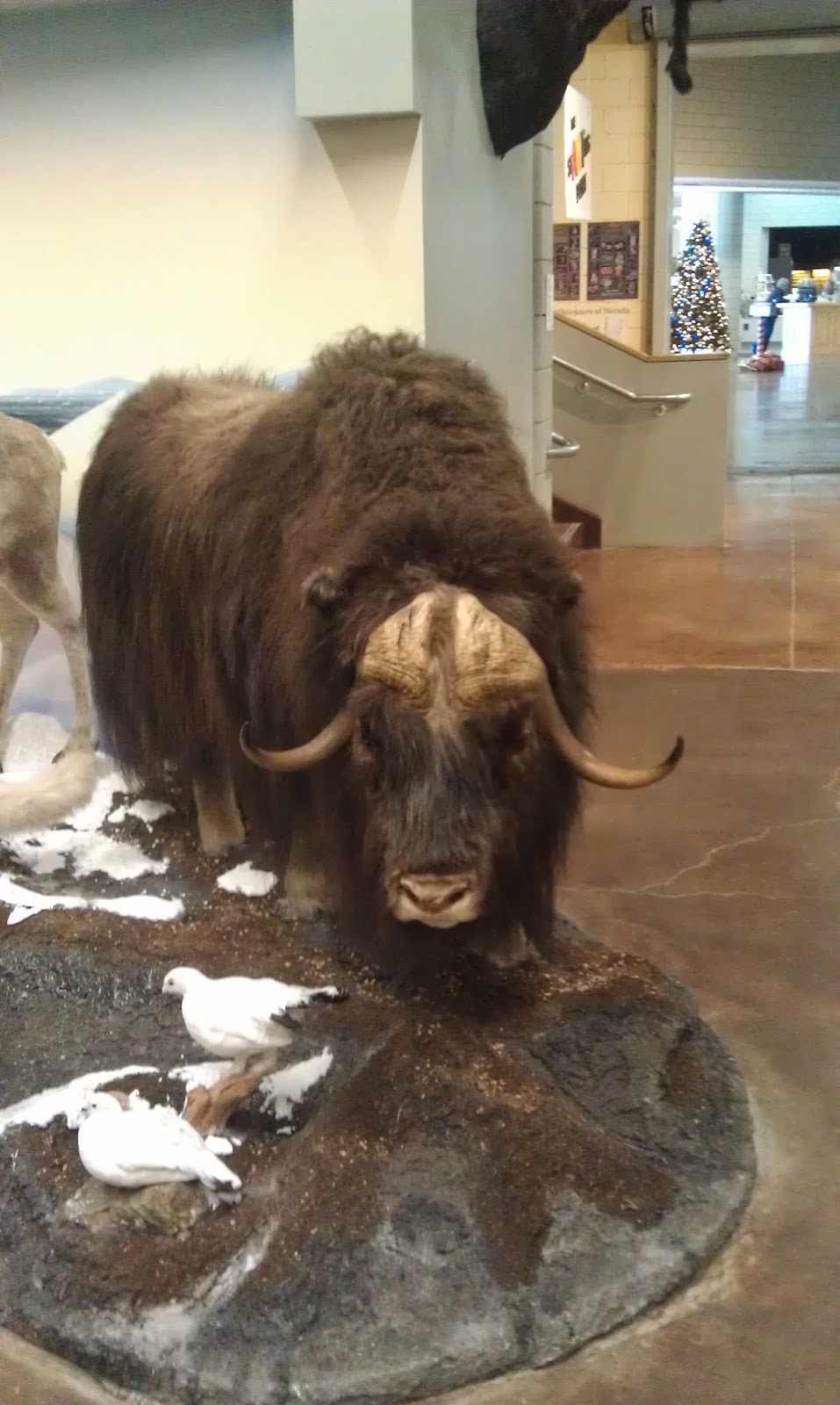 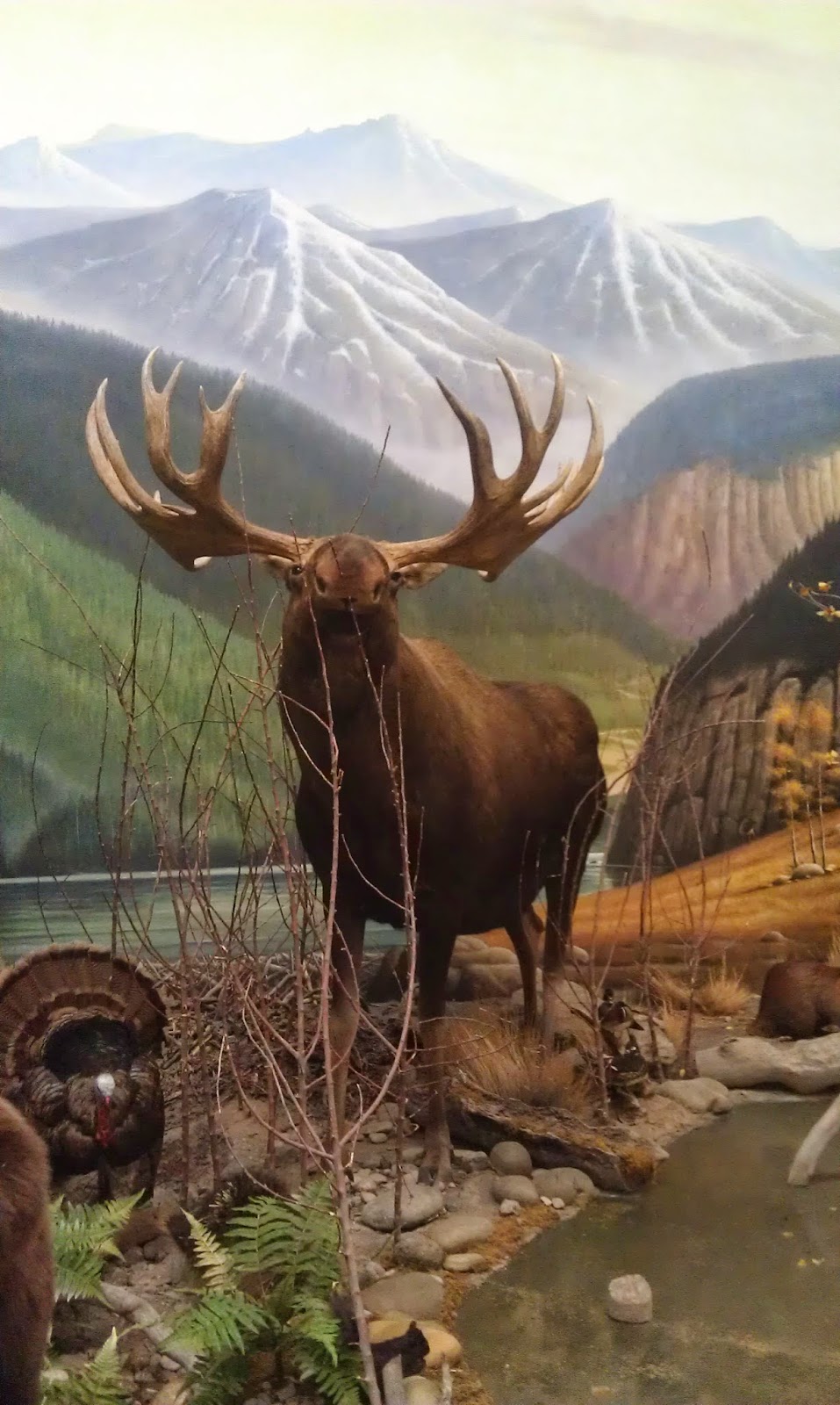 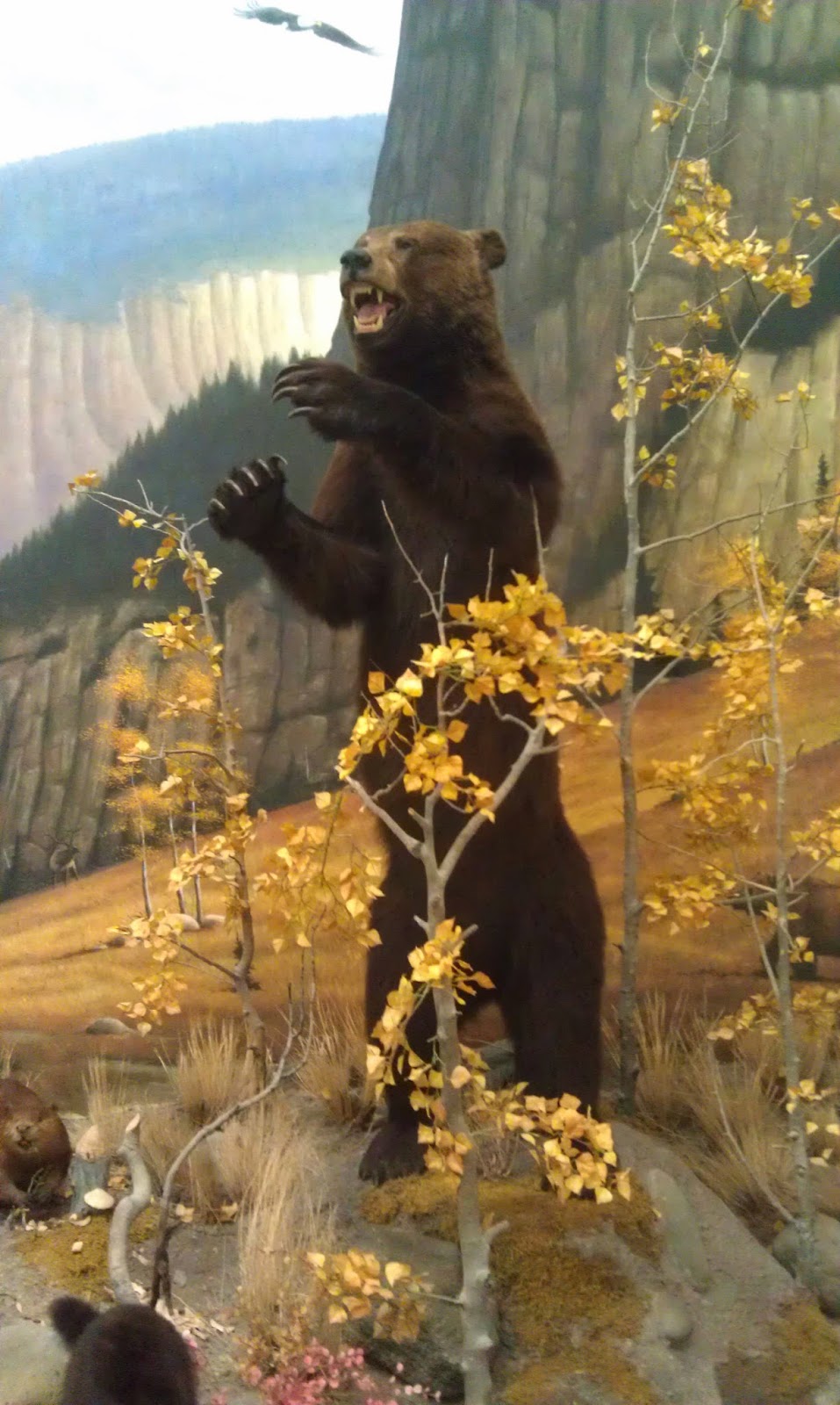 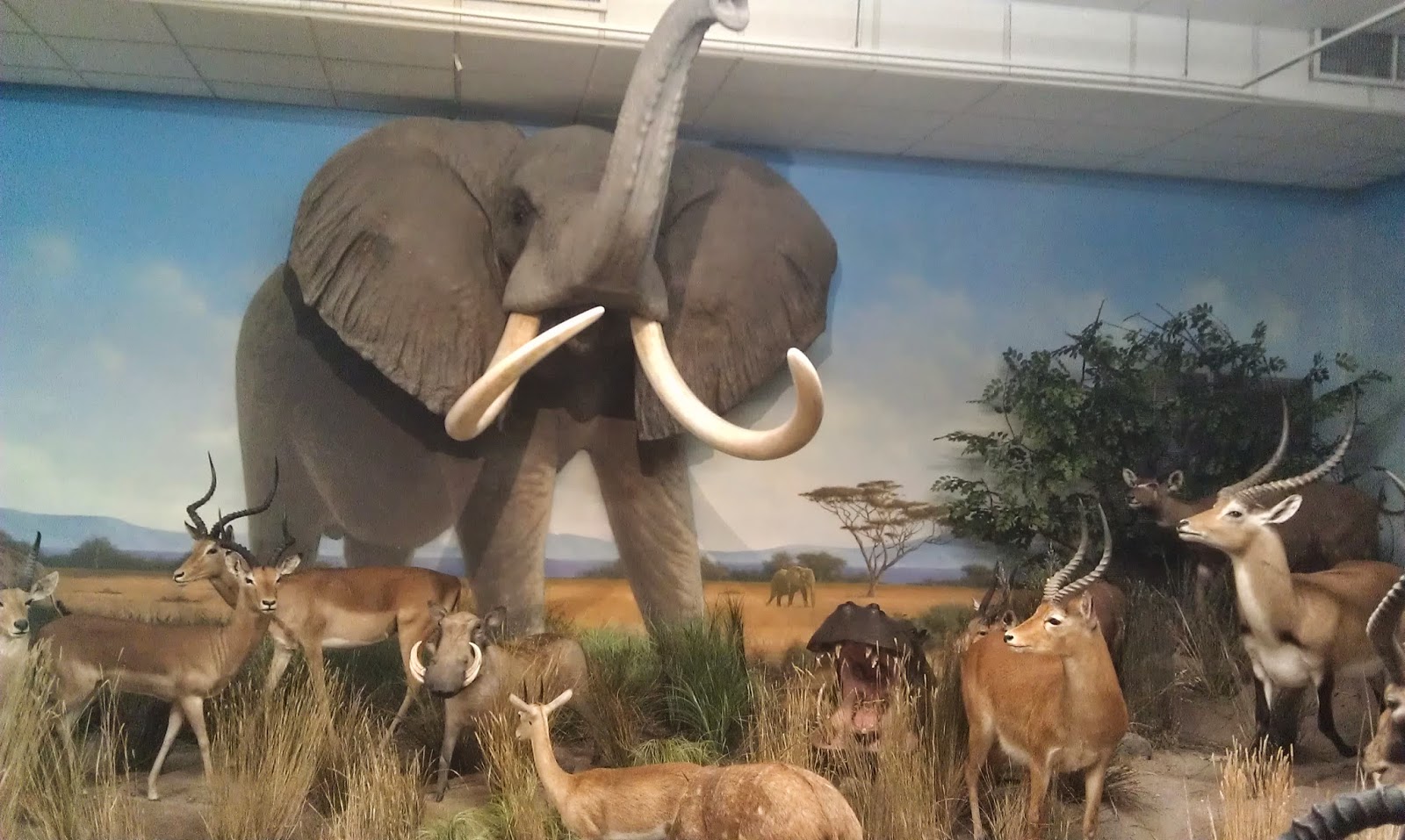 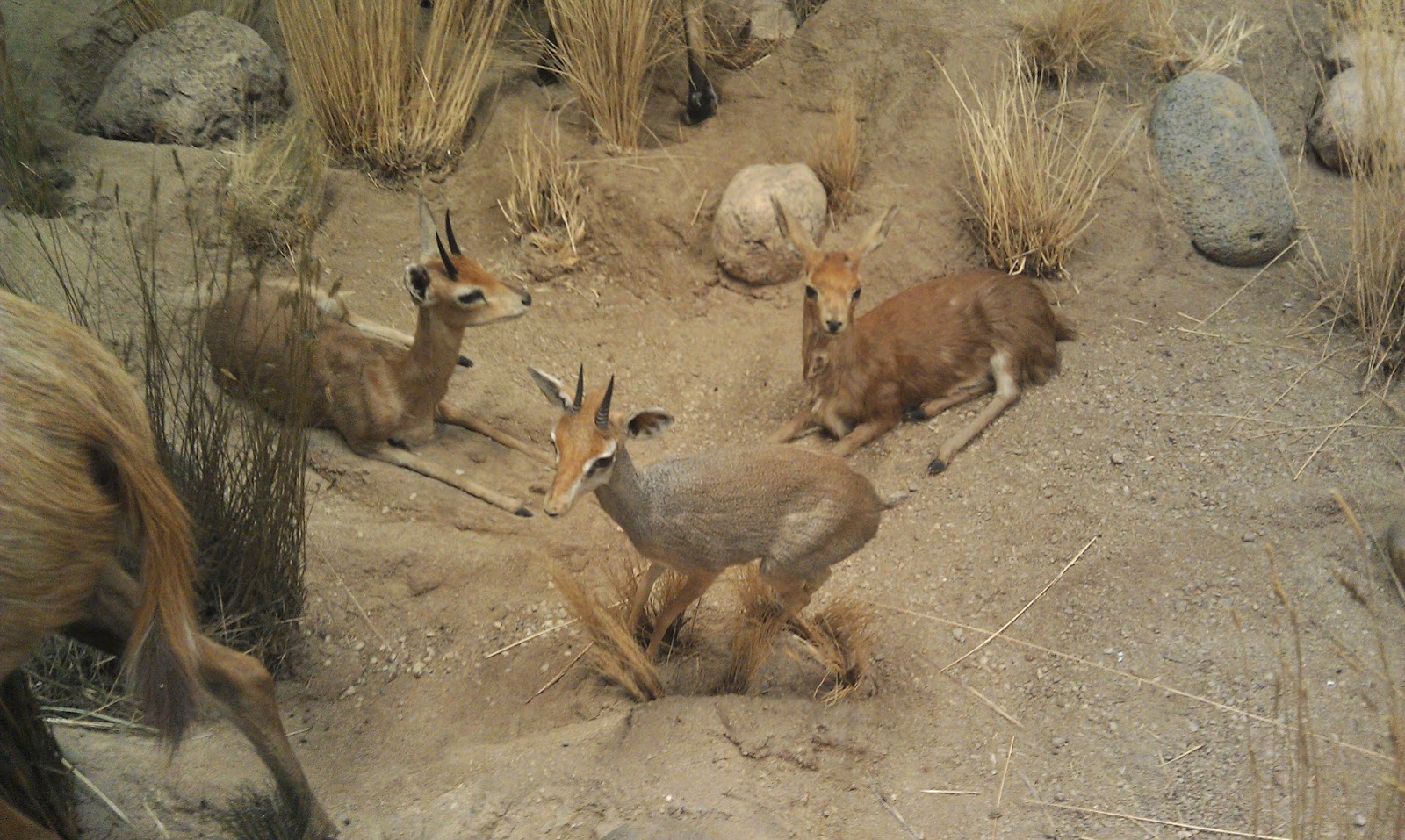 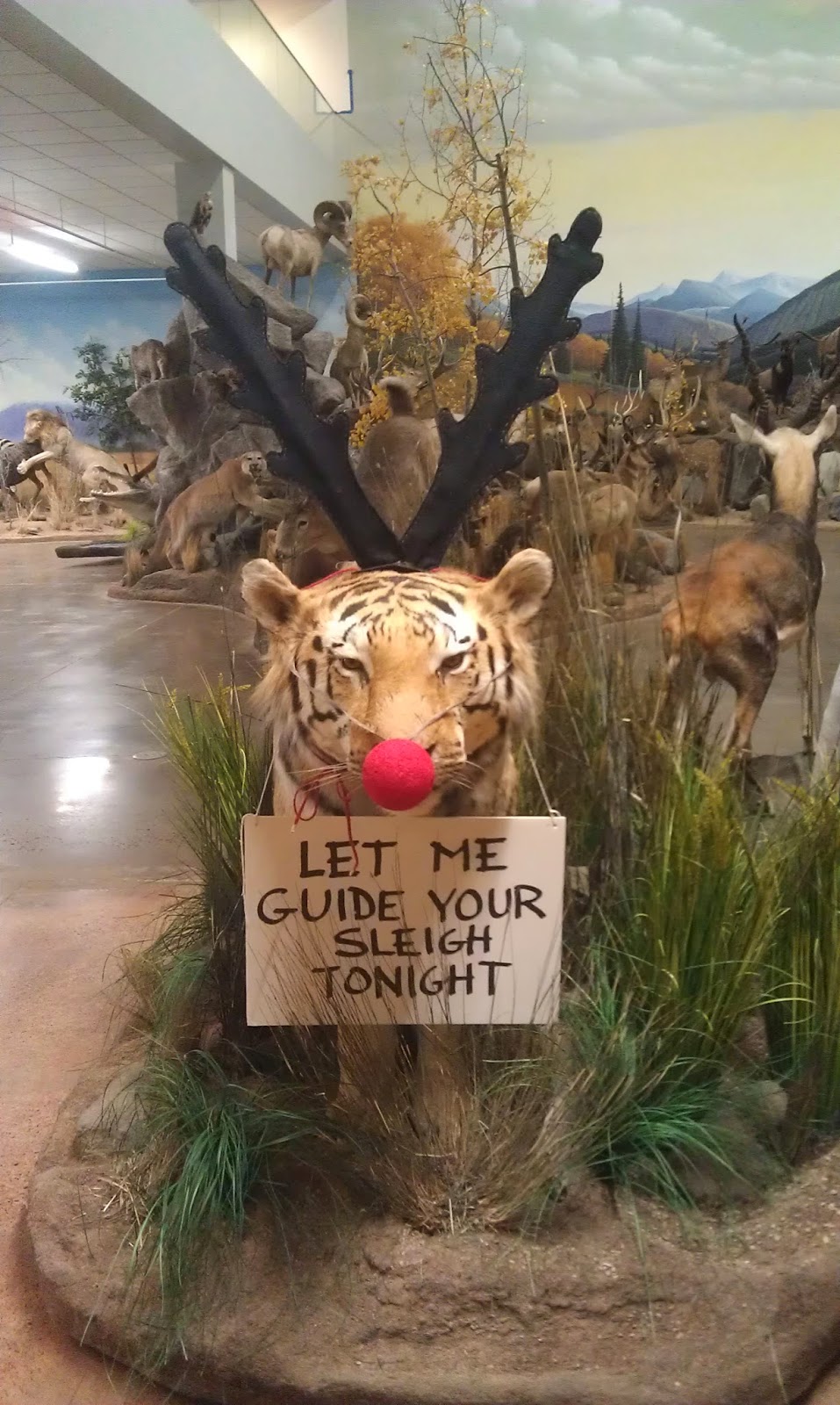 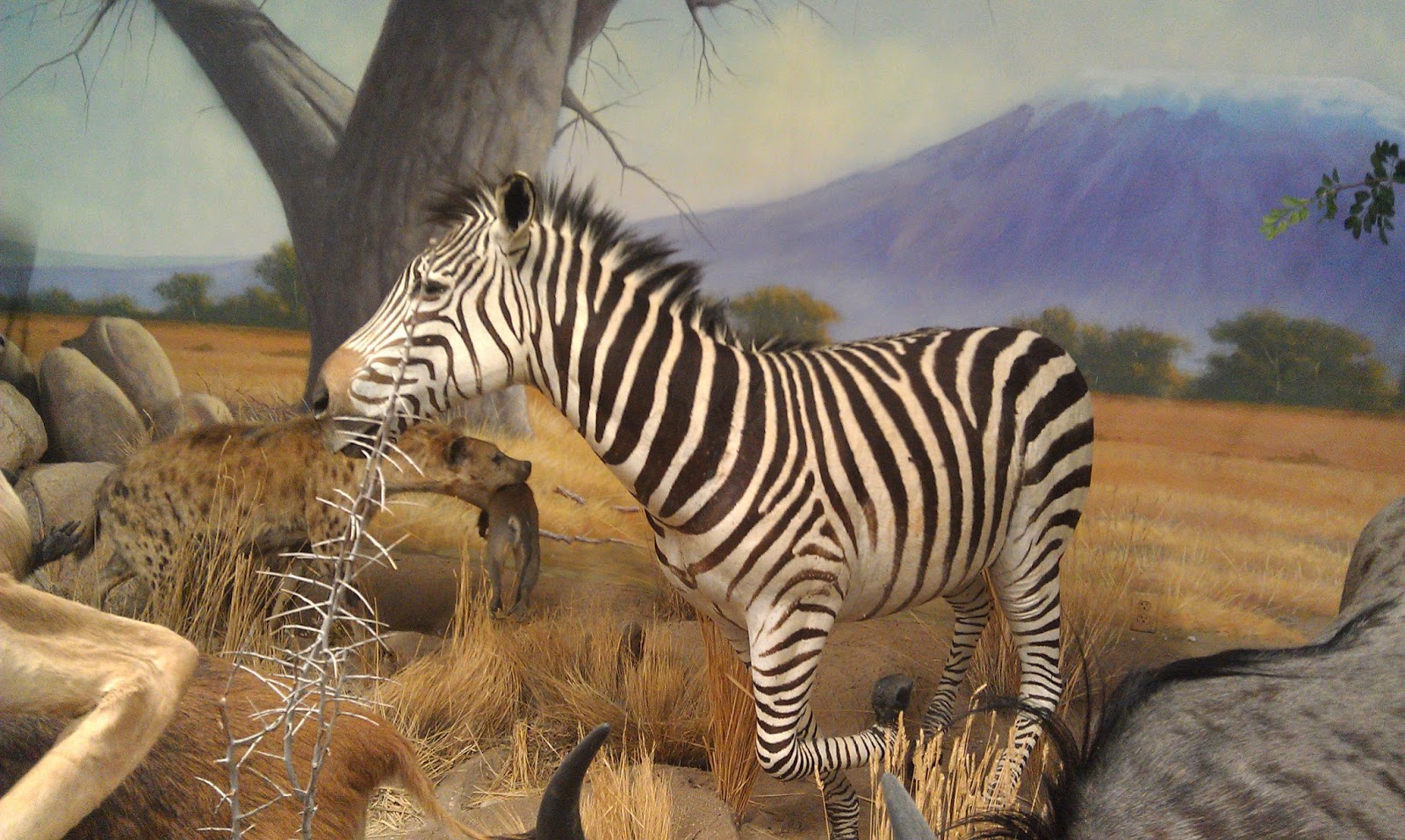 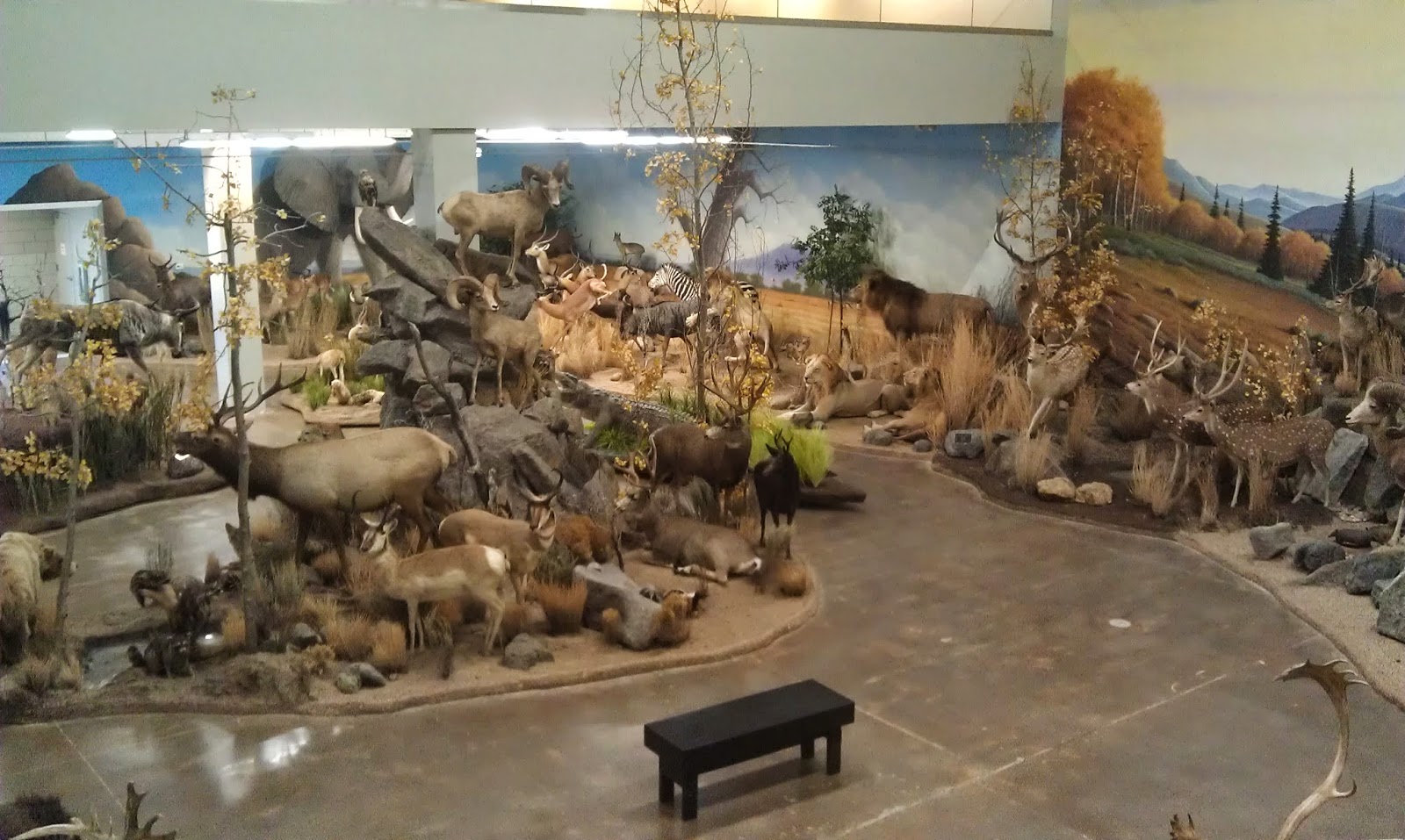 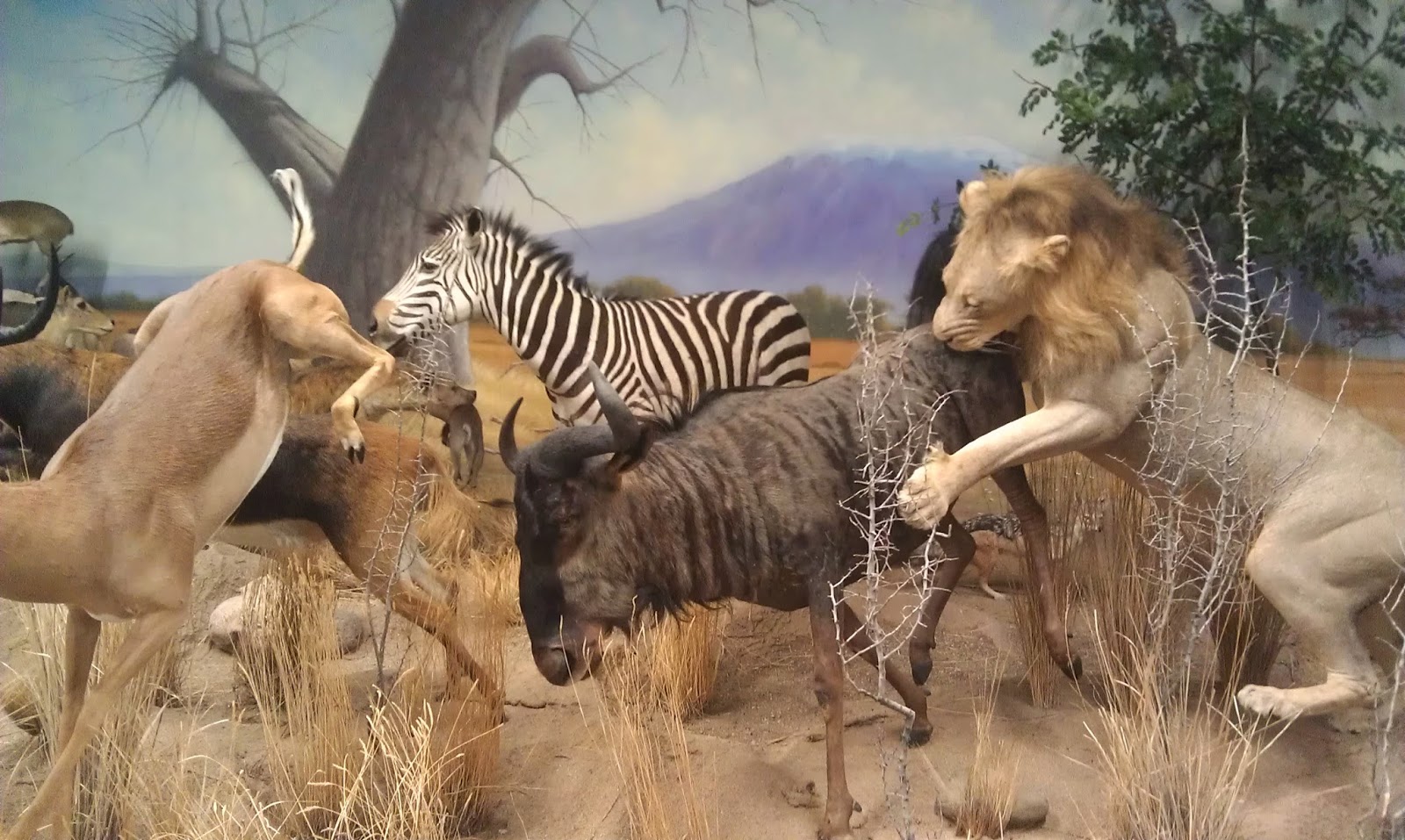 After visiting the animals we went upstairs.  Up there were a few more trophy heads from various animals.  However, the primary purpose of that section was to show painting and writings from various authors, presumably from Nevada.  Many of the pictures were from other parts of the country (Arizona and California to name a few) but it added some western flair to the museum.

The west side of the museum is primarily dedicated to information about what Elko and the surrounding area was like in the 1850's.  There were some informational exhibits showing how the settlers went across the state of Nevada on their way to California and included some information on some of the now ghost towns that are littered across the area.


Again, we spent about an hour in the museum. They do have an obligatory gift shop as well which was selling a lot of Elko-related memorabilia.  While the entire museum wasn't dedicated to Elko history, it did have a lot of information about the state in general. It was well worth the price of admission and we largely had the place to ourselves.
Posted by Eddie Gaul at 7:11 PM