One of my favorite things to do when visiting a town is to go for a run in the morning and see the sites.  I had that opportunity on a recent trip to Elko, Nevada.  Since I was staying for two nights, it gave me the opportunity to get up both Saturday and Sunday morning and go exploring.

I hadn't slept particularly well on Saturday night and we sort of wanted to head out early so as to get to Wendover for breakfast, so I knew I had a limited amount of time for running.

Also, what compounded the difficulty was that it was *cold*.  Like 22F cold out.  I had only packed minimal running gear which included shorts, a couple of tech shirts and of course gloves.  I doubled up on the shirts and crossed my fingers and hoped for the best.

Luckily there was no wind and I am happy to report that while I was chilled, it really wasn't that bad.  Normally 25F is my limit for shorts, but other than some red legs, I really didn't suffer much.

Once again, I took off from the Red Lion and headed east.  My goal was to get some better photos of the downtown area and take a tour of the seedier (in my opinion) side of Elko.  The previous night I had spotted the brothels behind Stockmen's Casino.  My phone takes lousy pictures so I figured I'd run down the street and do some exploring.

I reached the downtown area in no time at all.  My legs really felt fresh and I was really excited to do one of my favorite things.  The downtown area was pretty deserted but there were a few hanger ons in the bars, even at 7:30AM.

Luckily I got a ton of really good pictures: 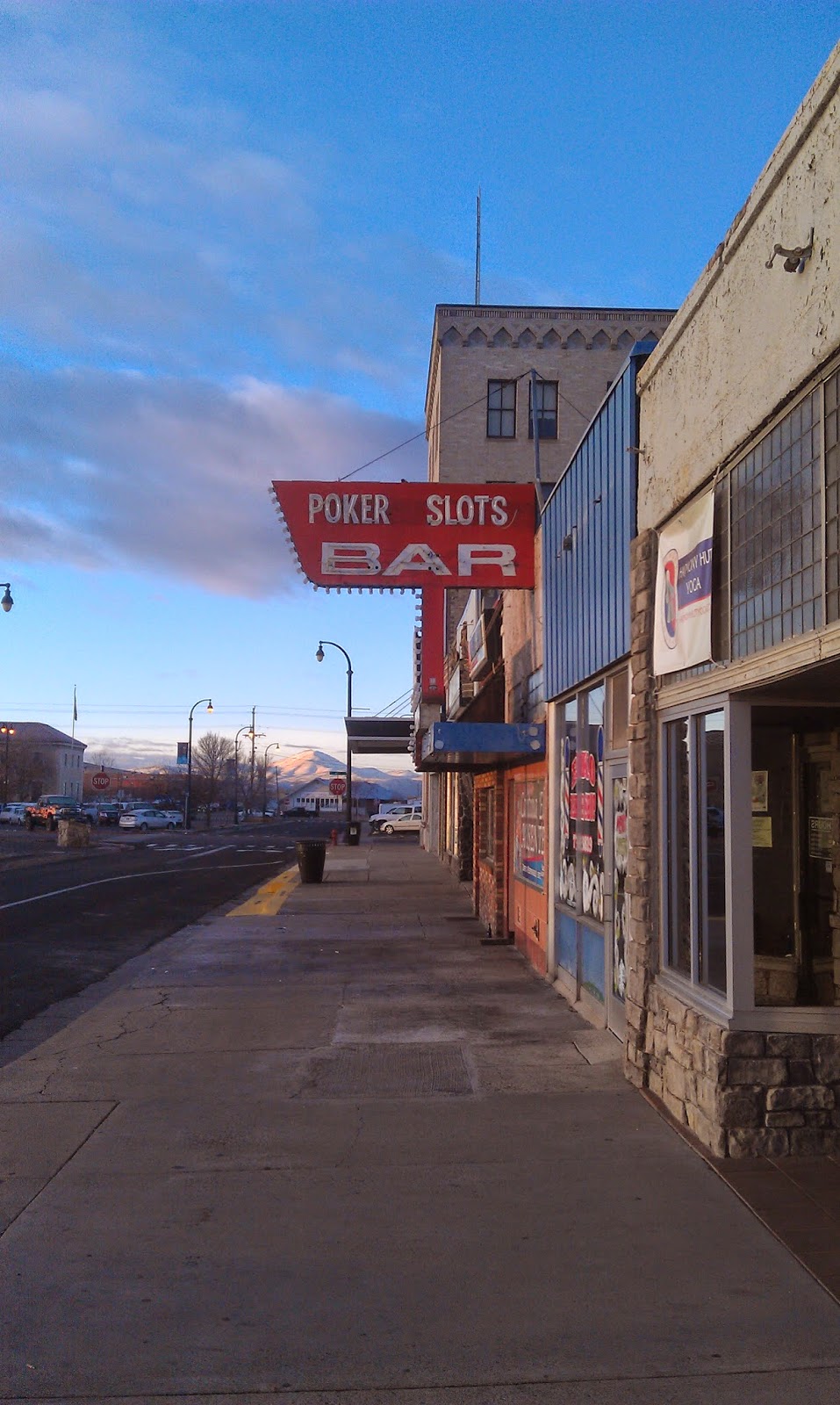 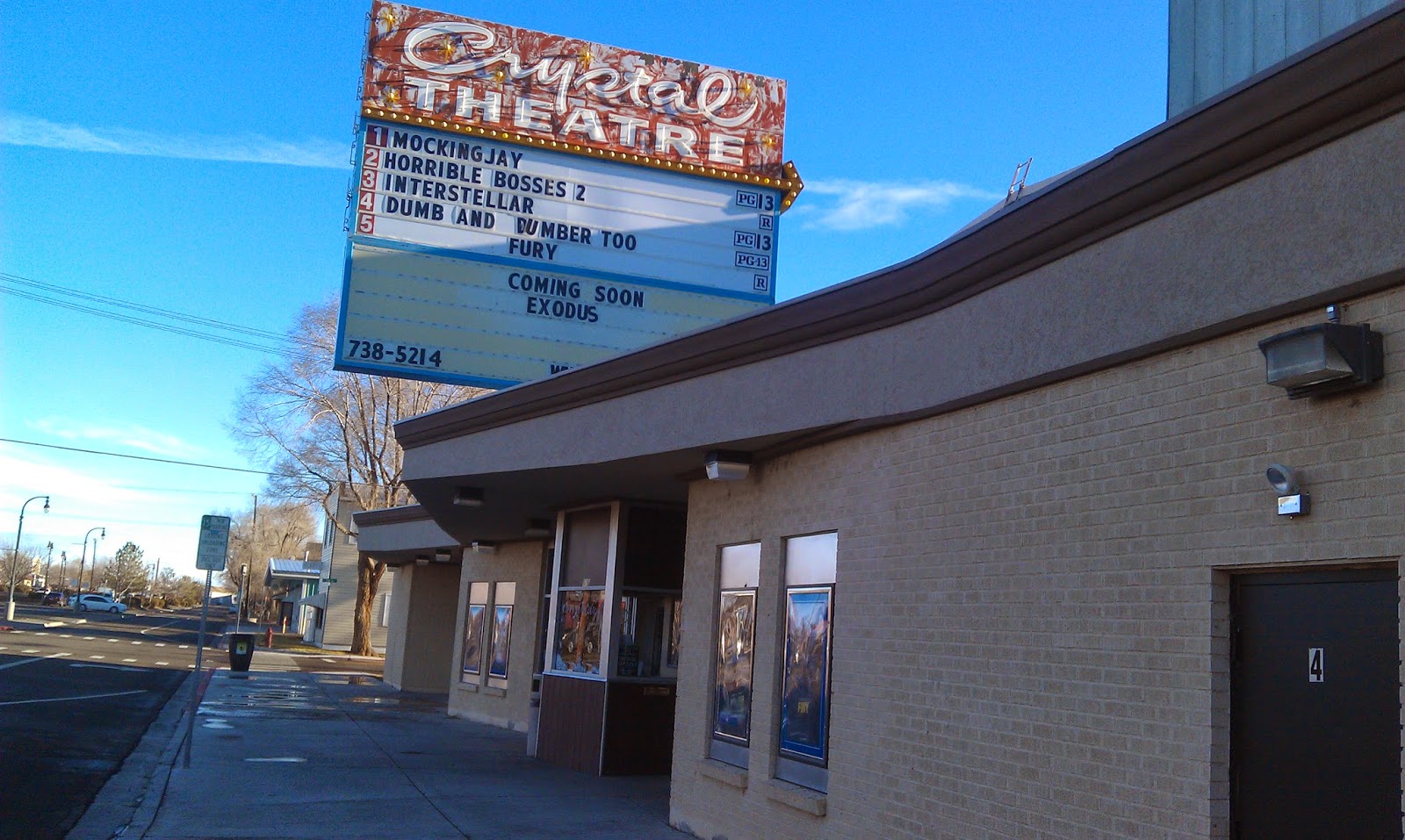 After running around the downtown area (and also seeing another run totally bundled up) I went behind the Stockmen's Casino down 3rd street and found 3 brothels.  I had heard a rumor that they were outside of town so I was a bit surprised to see them in the heart of the downtown area as well as a residential area:

After snapping a few pictures, I took off down Water Street.  This is a pretty lonely stretch of road and the residents living there seemed to be in trailers.  Just had a really rough vibe to it.  Also there were lots of chain link fences with barking dogs behind them. 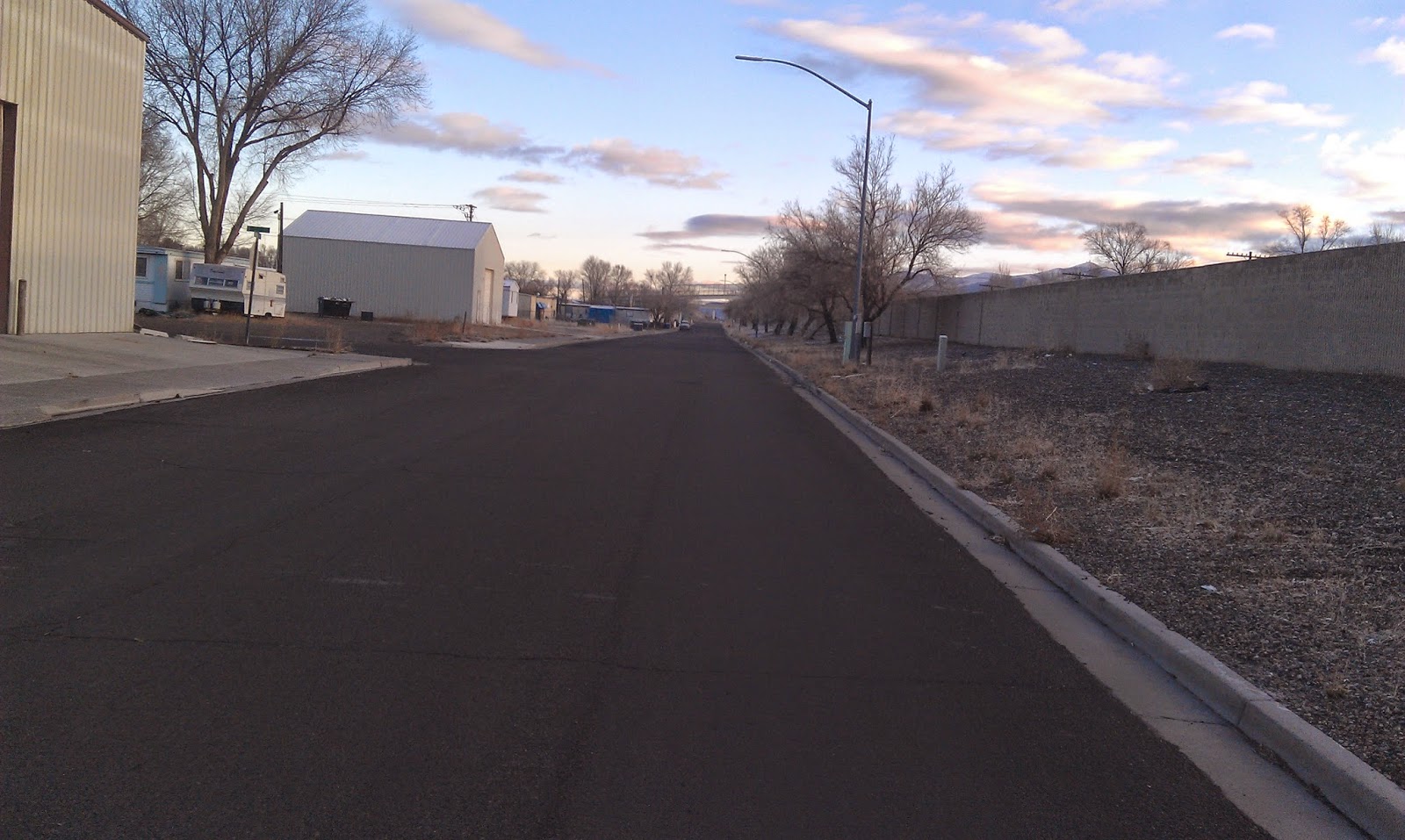 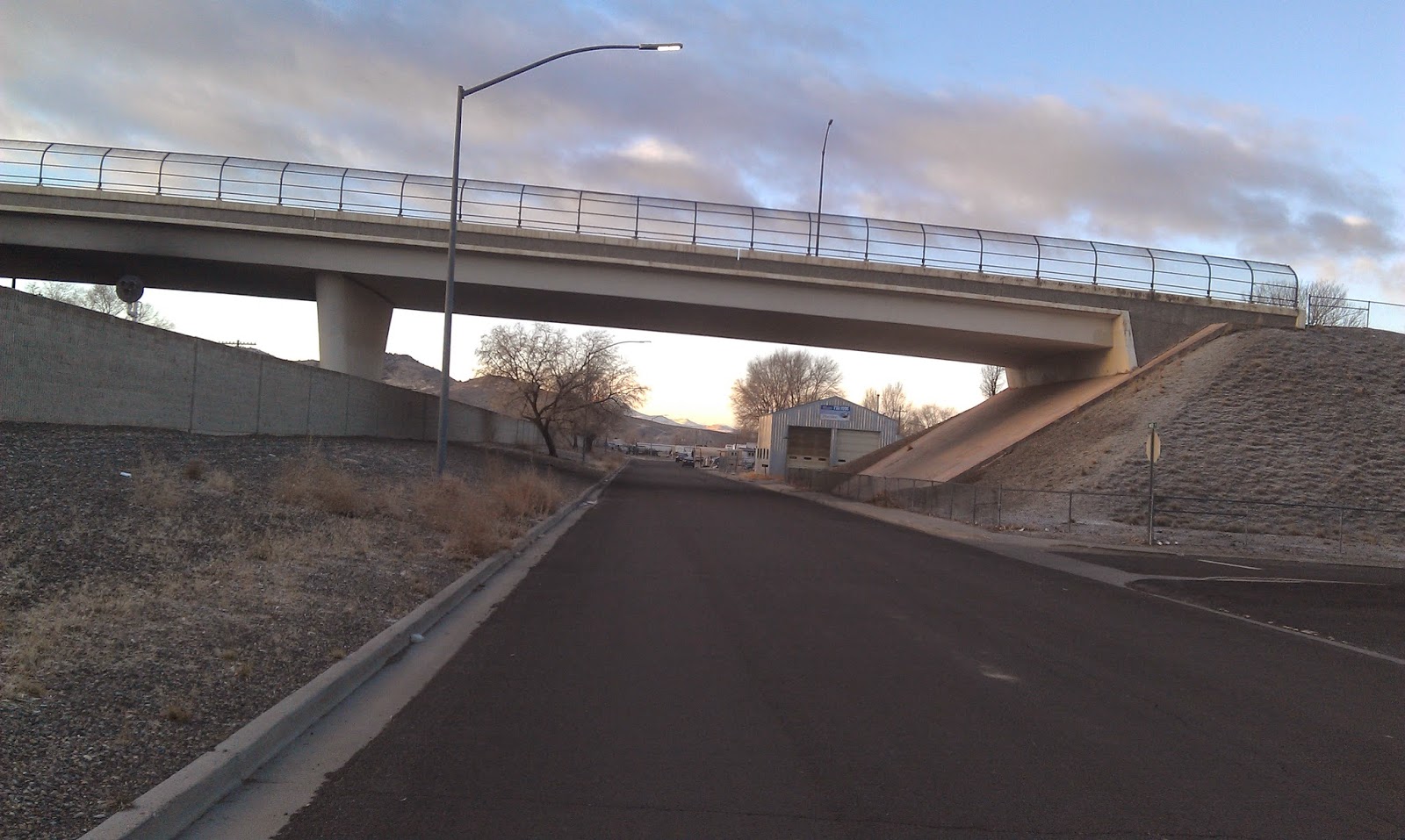 I took a random turn on one of the streets to head back to Idaho Street when I spotted the most unusual house ever.  It looks like someone took the frame of their house and did something to make it look like a castle: 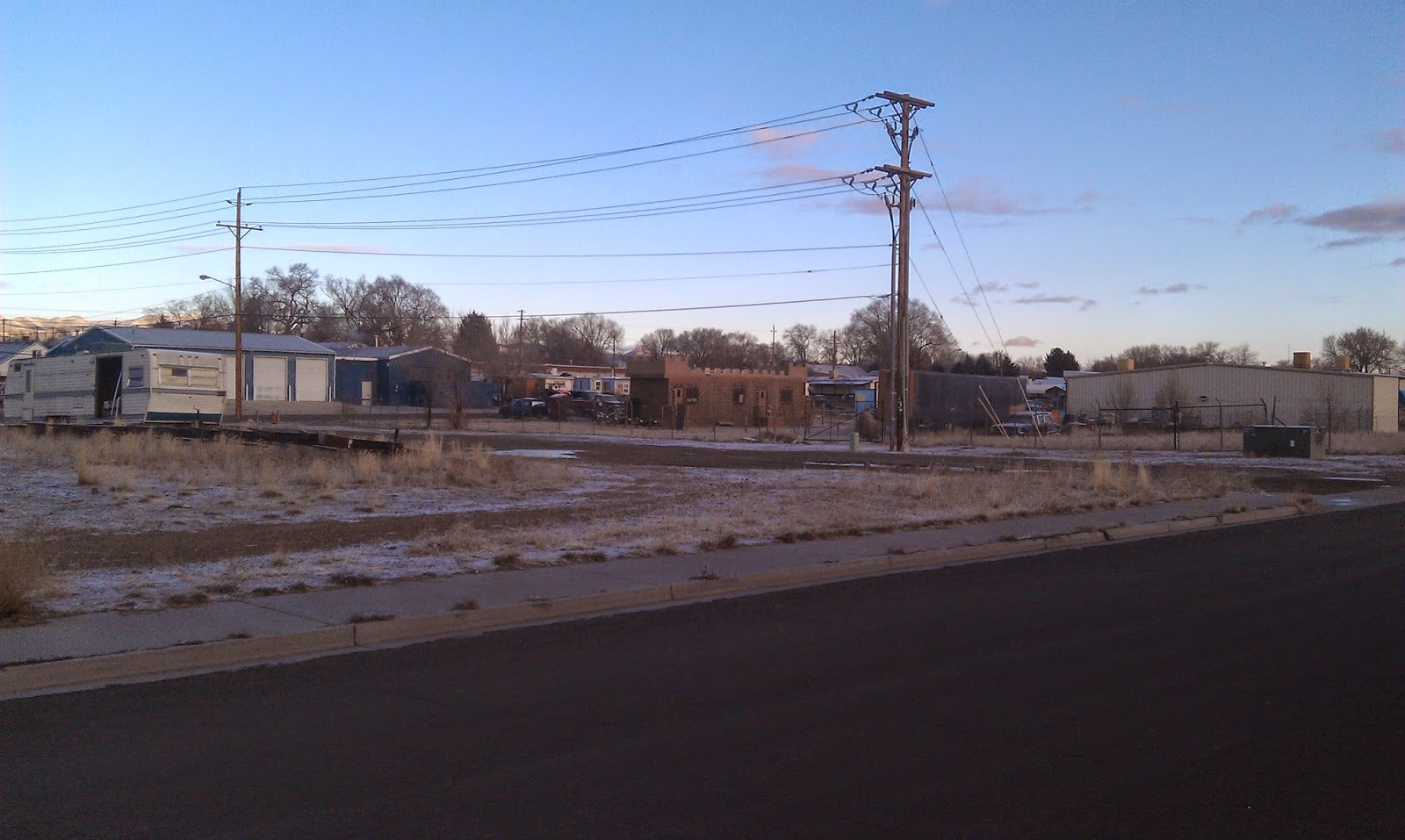 About 15 minutes later I arrived back at the hotel feeling like I've really now seen all Elko has to offer.