This week wasn't bad at all.  I meant to take it easy and I was really happy with my hiking performance on Sunday.  I was passing people half my age.

I had a bit of a shocker on Wednesday.  I ran 4 miles, but stopped after 3.  I was 100% completely drained.  I had nothing, and when I stopped I was ready to throw up, I was dizzy and I was about ready to take off my running shoes and throw them in the Jordan River and forget running forever.


On Thursday I made it a point to eat clean. Other than a finger sized Crunch bar, I want to say I accomplished that goal.  No more cookies and I am ready to pitch my Lucky Charms (which seems to set me on edge), just fruit, protein and healthy stuff.  Hopefully I can continue the trend.  I did have an ice cream sandwich bar after the race on Friday night but after running 13 miles, I deserved it.

I am planning on going to Wendover on Thursday.  I checked and they have a low-key 5K on Friday morning for the 4th of July at the golf course.  It looks totally informal (I think they were asking for $7) so it'll be fun and an opportunity to see where I am at 5K-wise.

I am on the fence for two half marathons in mid-July.  I am tempted to do my Legacy Midnight run up in Bountiful.  On the other hand I met the race director of the Heber Valley Half Marathon and from the sounds of it, he has a very unique experience.  You get to ride the old "Heber Creeper" train to the starting line and run back to the station.  So I have some decisions to make.

Running Photo of the Week

I admit, I took this photo about a week ago, but it always brought a smile to my face when I saw it.  They have since fixed the signage but it stood that way for the better part of a month.  I would figure uptight Utah would've taken care of it within hours... 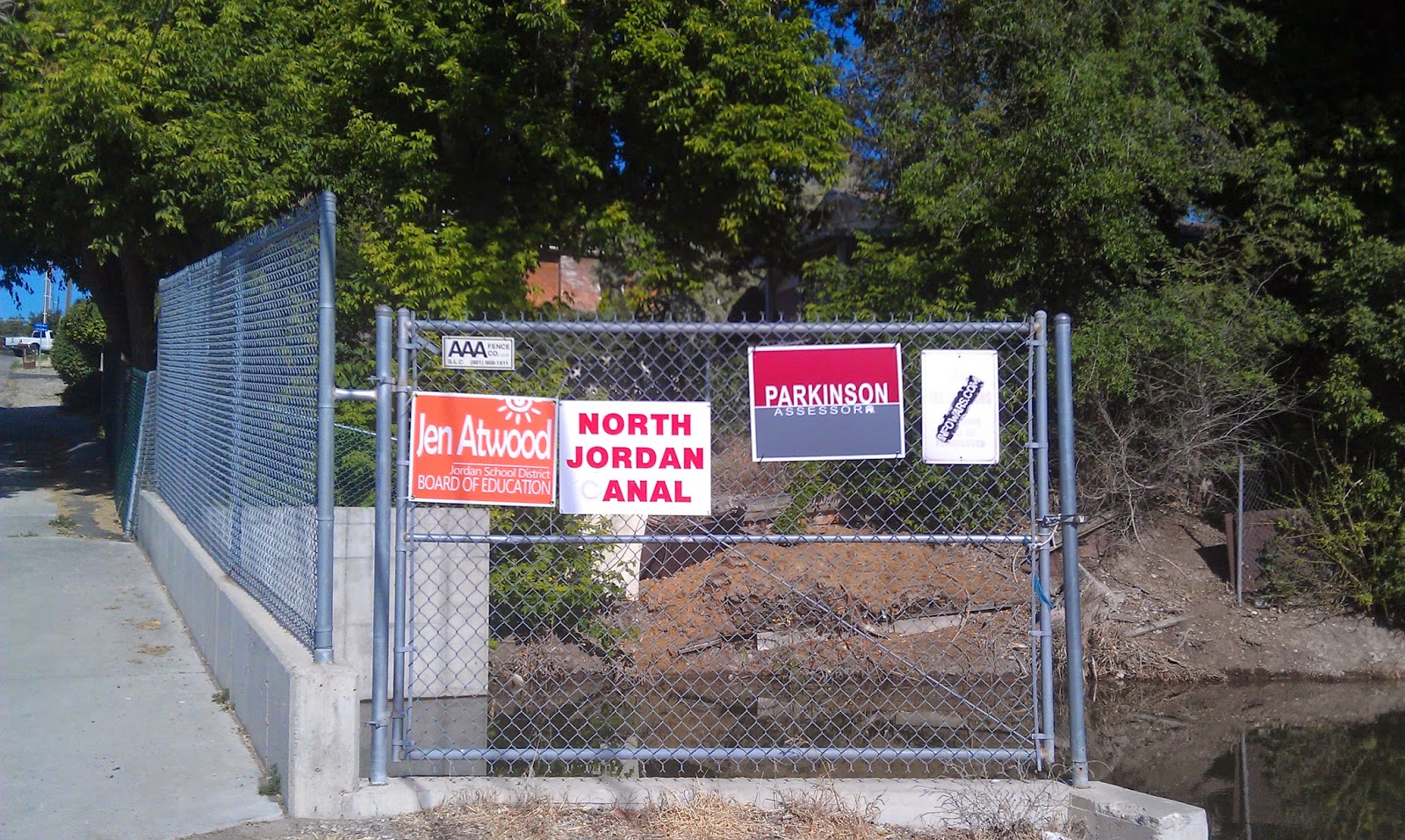