Overall this was a solid week of training.  I put in close to 46 miles for the week, not bad considering I am still technically recovering from the Casper Marathon that I did 3 weeks ago.

Here is my daily running report:


I still find myself getting fatigued easily. Again, I don't think I am recovering as fast as I used to.

Also, keep in mind that I generally walk at lunch time -- to the tune of 10 more miles per week.

This week will likely be an easy / down week. I hit it hard last week too.

On a side note, after returning back from Casper a few weeks ago I weighed myself.  I was 177 pounds.  Many people would probably kill to weigh 177 pounds, but that is the heaviest I've ever been -- in my life.  The buffets and the free candy drawer at work has clearly taken a toll on my weight and body composition.  The past few weeks I've made a conscious effort to eat a bit better, work harder and try to at least restrain myself at the buffets.  I am proud to report I am starting to settle back into my normal weight of 172-ish.  I'd love to weigh in at the low 160's, which was where I was at during my racing prime.

Finally, here is a photo I took while running the other night. I love the sunsets here. Just think -- Nevada is another 100 miles over the distant mountains... 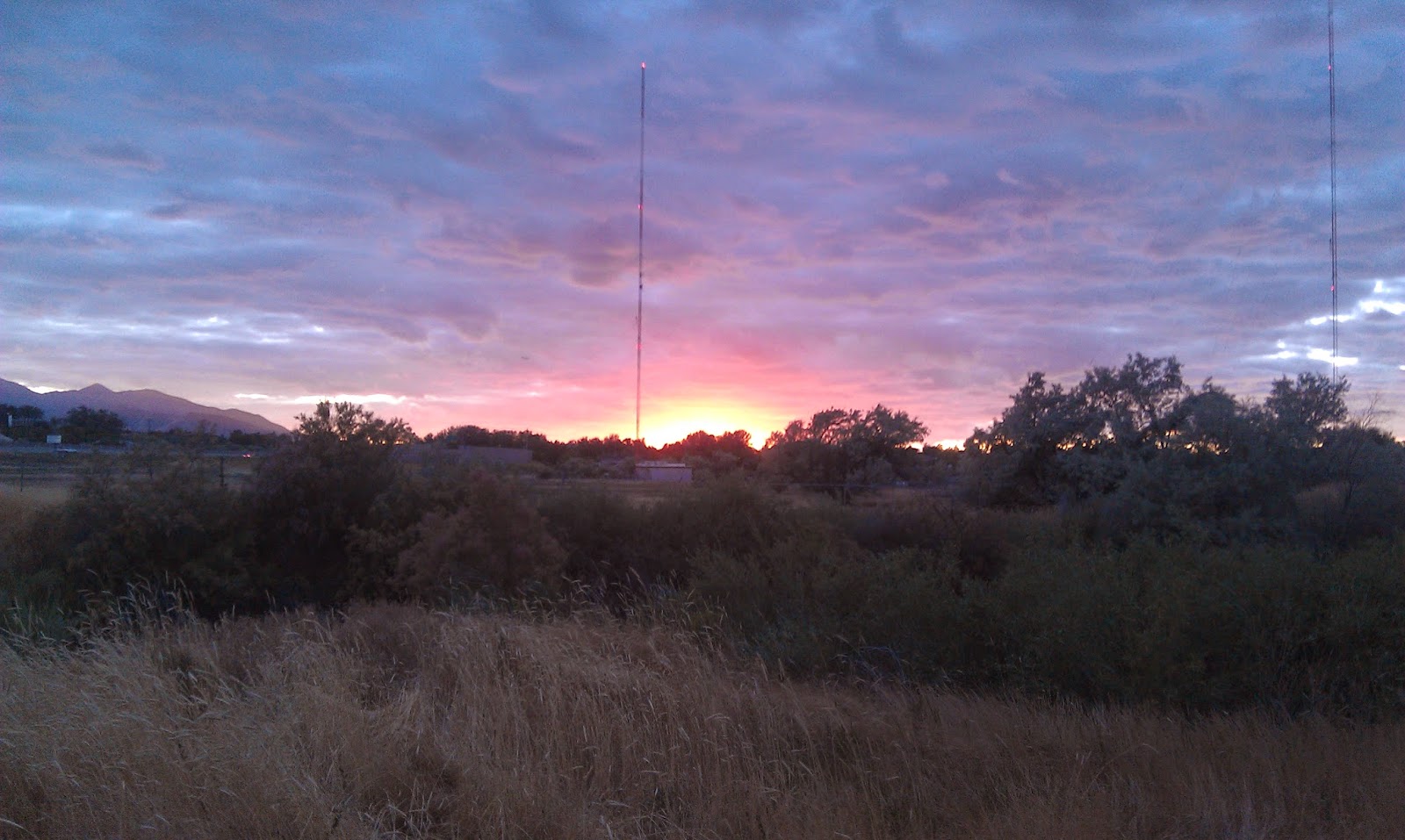 The mother in law is recovering well so all things point to allow me to get on with life soon.

I am hoping to make it out to Lamoille Canyon / Elko to run their half marathon.  I wish I had known that they had a full marathon ahead of time, I might've considered doing it.  Either way, I have to be there by 7pm on Friday night, which means I have to drop Shari and her mom off at the airport early on Friday and not miss a beat in making the 3 hour trip to Elko (I'd leave Salt Lake at about 3).  If my mother in law's health isn't good enough to warrant a flight (which may be likely) my plans could change.  I suppose I'll know more by Monday night.  If I do go out to Elko, I'll spend the weekend out there and see the sights.

Again, that can all change.  If that fails and I can do it, I'll  jump into another half marathon in Provo on Friday night (I believe a late night run).  I am itching to toe the line at a race and the night runs I thoroughly enjoy.

I remember I used to do 30+ races a year, now I eek out about 10 and I think that is why I've gotten a bit slower over the years: I am just not racing enough.  Also, I've been doing a lot more longer distance stuff where endurance trumps speed.  It is getting harder and harder for me to muster the energy for another 5K...