Weekend Recap for the trip to Casper Wyoming

I managed to get out of the house and hit the road by 8AM.  It was smooth sailing and there was hardly any traffic on the road.  Just a perfect day for driving to be honest and east of Park City was absolutely gorgeous.  I always forget how idyllic Echo Reservoir can be (mental note: must get in a run out there).

Thanks to drinking an iced tea for breakfast I had to make a pit stop in Lyman Wyoming.  They have a fairly nice rest stop and you can see the snow capped mountains in the background in the photo below.  They do also have a monument to the Mormon Settlers here, but I didn't see it (I learned about it after I had left). 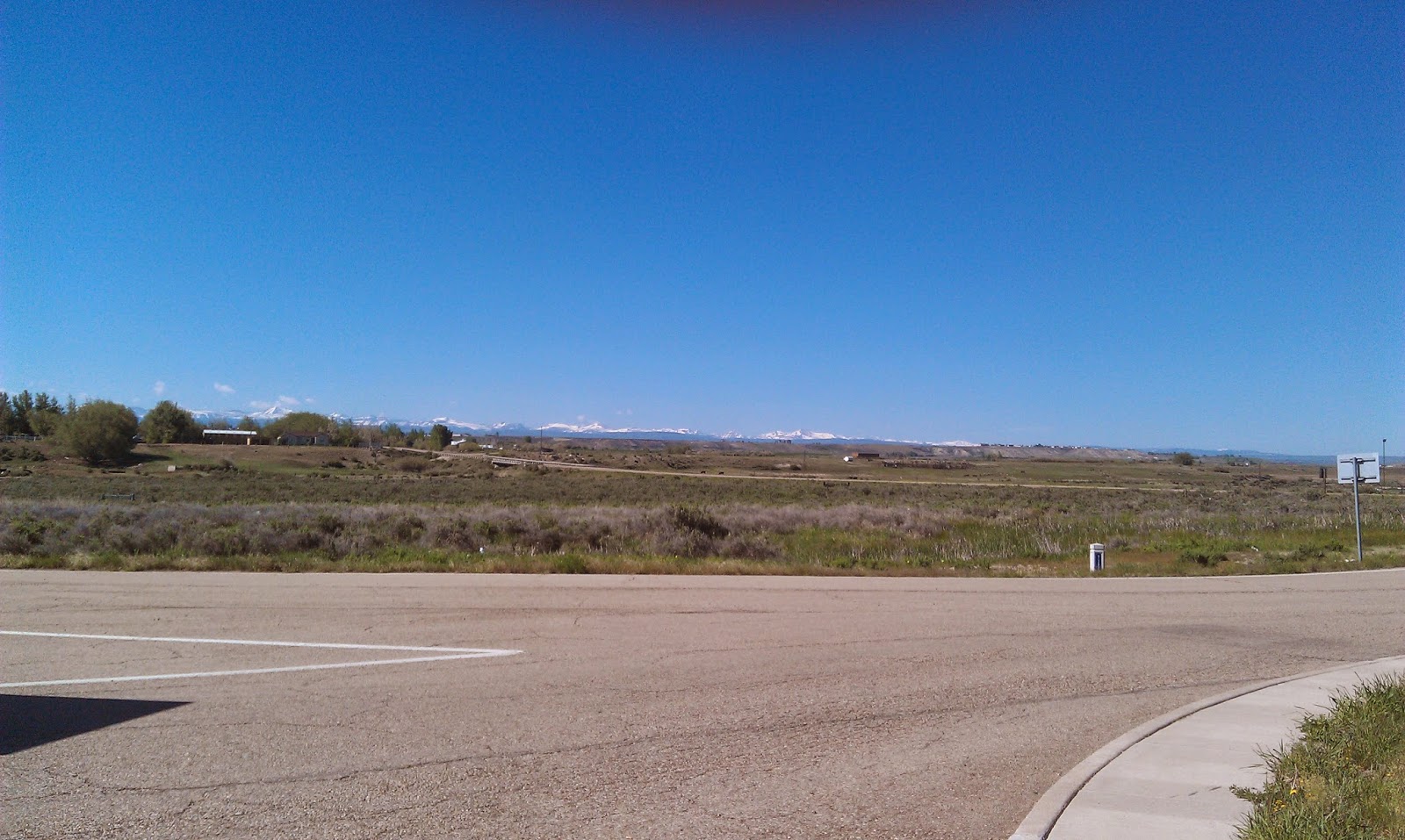 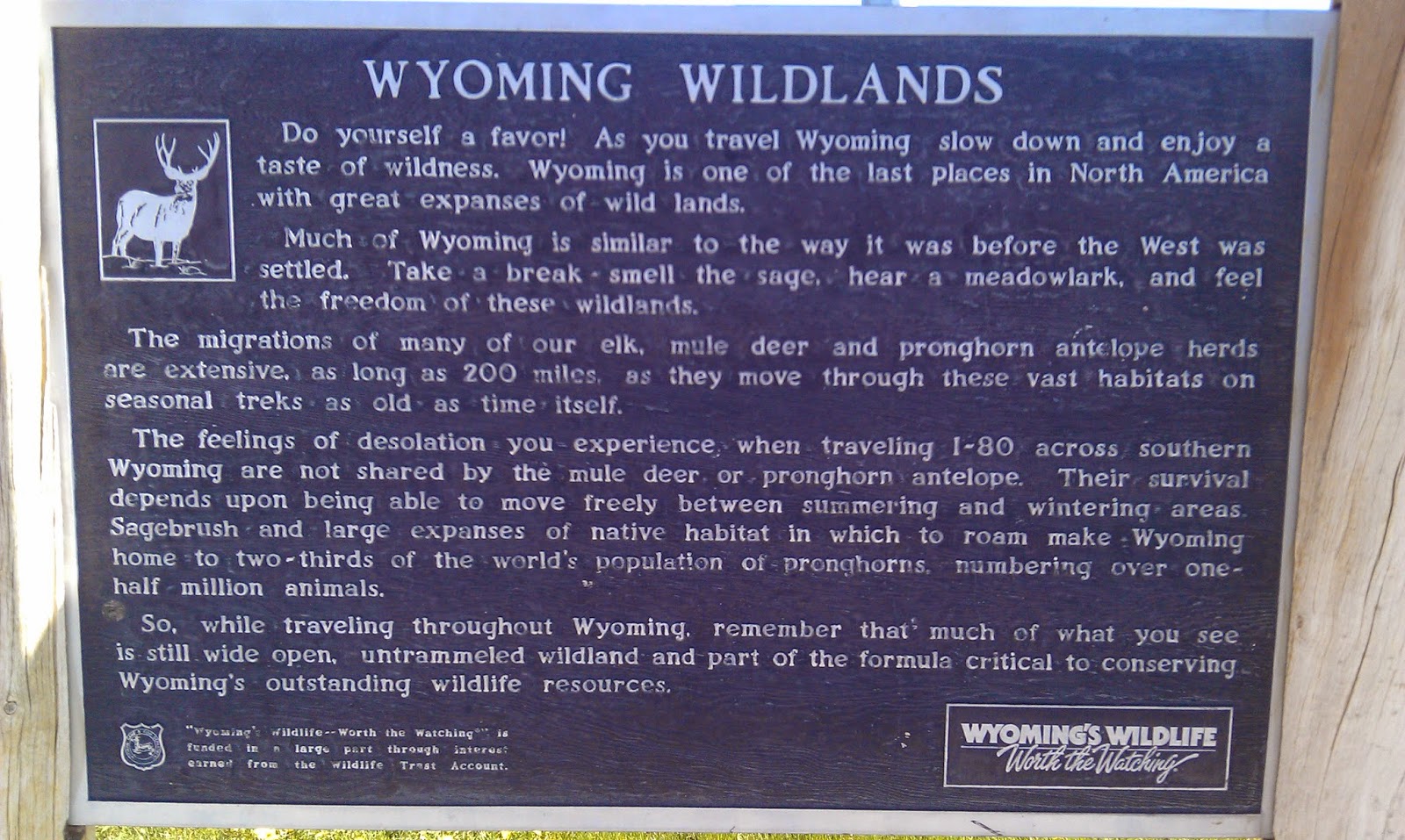 After the stop I made it to Rawlins where I gassed up at the local Conoco and decided to try my luck at Cabby's Restaurant.  These types of restaurants can be hit or miss.  I want to say this was largely a check swing.  It was passable but Diners, Drive-ins and Dives won't be making an appearance here.  I had a fish sandwich with fries -- probably more grease than I wanted, but it sounded good and it certainly was a filling meal:

After lunch I hit up the Rawlins State Penitentiary Tour, which you could read about it here.

After the tour I meant to hit up a reservoir.  There are two or three of them on the way up to Casper, but at that point it was windy, cold and I was behind schedule.  Also there is no cell phone connection between Rawlins and Casper and it just made me nervous.

I did capture a few shots of Alcova Reservoir.  It looked absolutely beautiful and it appears they are building high-end houses in the area.  I am not sure who or why anyone would live out there since it would be a good 45 minutes to get groceries but I could certainly appreciate the views the houses were soon to get: 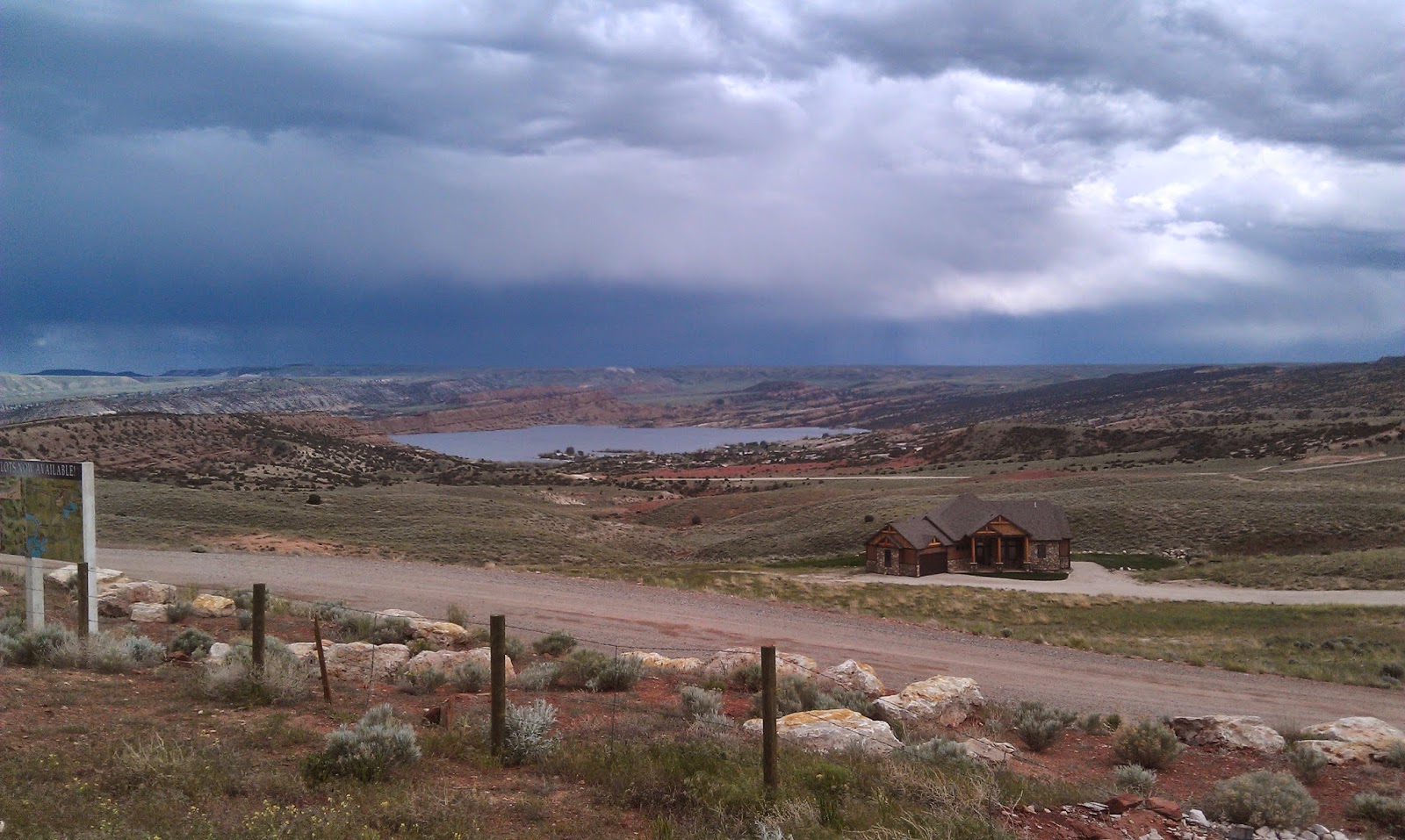 After arriving in Casper I hit up the expo to collect my t-shirt / bib for the marathon.  My first impression of Casper was that it was spread out.  It isn't a terribly wide town, it is just long (from east to west).  There's also a TON of stop lights, most of them not synchronized.  Seems like everywhere I looked there was a stop light and the speed limits seemed incredibly slow.  They had a warning sign when you roll into town that says "30mph unless otherwise posted".  So it was incredible difficult to know how fast you were supposed to go.

I stayed at the Motel 6 in Casper. It was clean, comfortable and cheap -- about $90 for the two nights.  Unfortunately, the good stops there.  It was incredibly noisy.   From jerks who wanted to blast heavy metal at midnight to the idiots from Arizona that gunned their diesel truck and left it idling in the parking lot for an hour -- I just found it hard to sleep.  I don't think I'll ever stay in a motel with outdoor facing doors again unless I can't help it.  I think the two nights I was in Casper, I slept a total of 8 hours.

On Saturday night I did take a brief tour around the downtown area.  It was pretty tame -- I figured I'd see a saloon or two, but it was pretty much a ghost town.  They have a pair of nostalgic feeling theaters though and it was clean and safe.  I did snap a few pictures of the downtown area: 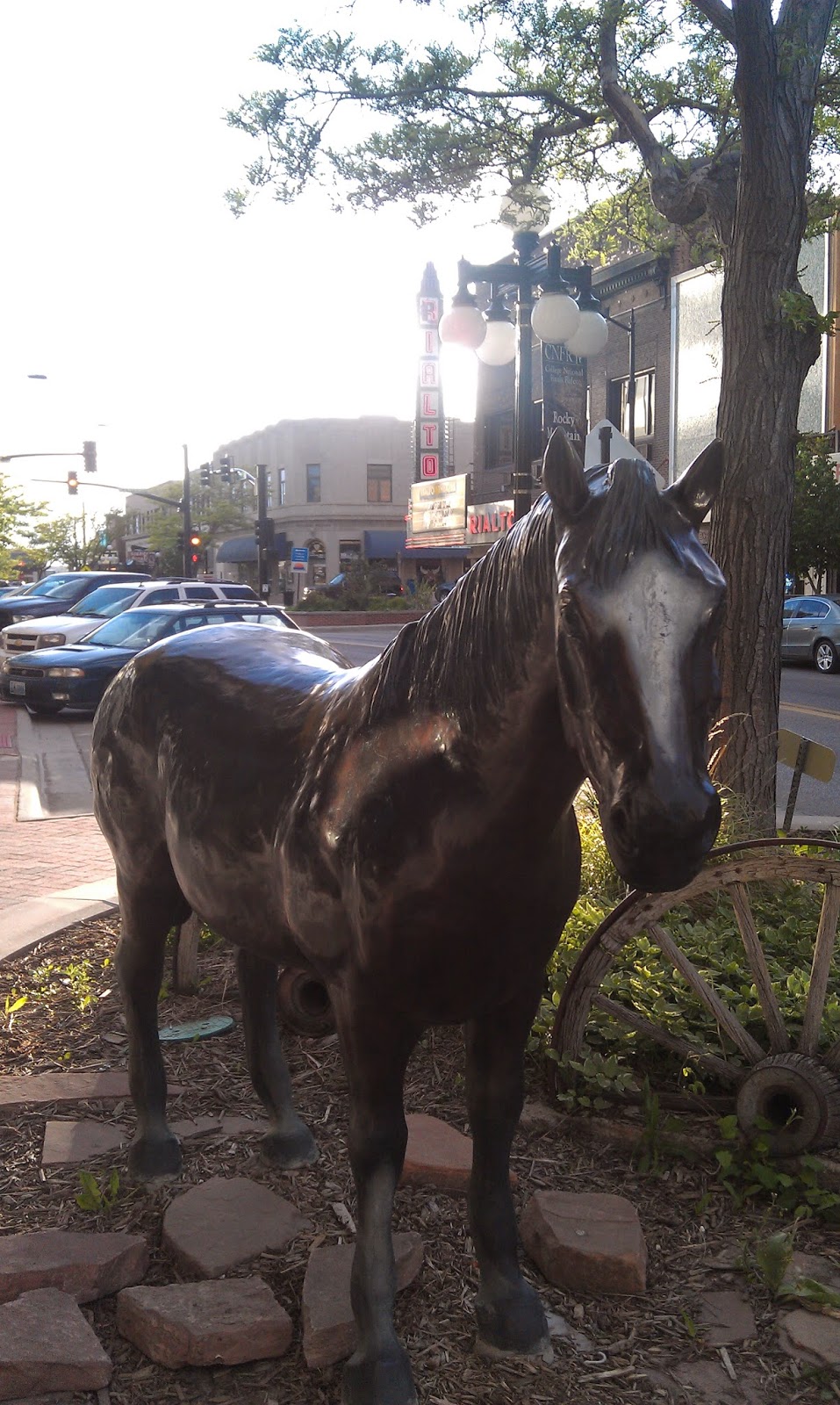 You can read about my marathon experience, which largely consumed the day.  I also visited Fort Casper Museum that afternoon, despite my left hip feeling like someone was digging a knife in it (I get very sore hips after long runs).

For dinner, I had done my research and knew that a Golden Corral was in town.  I also lucked out and nabbed a $2 off coupon.  Bingo!  Unfortunately, I can't chew well after a marathon.  I don't know if it is because of the pounding or the Gatorade that wears down the enamel on my teeth, but I am in pain from it.  I suppose sipping on sports drinks for 4 hours does that to people. 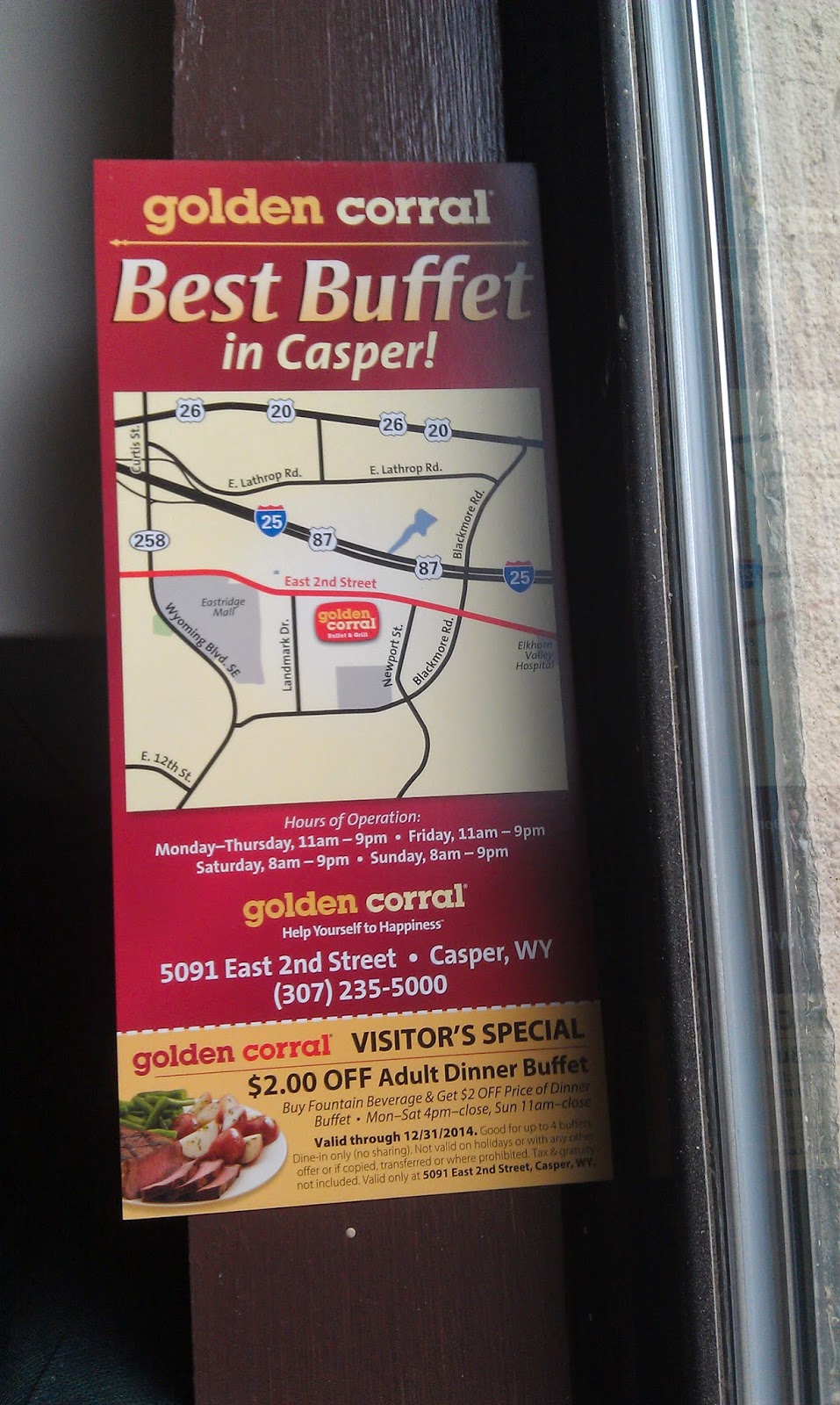 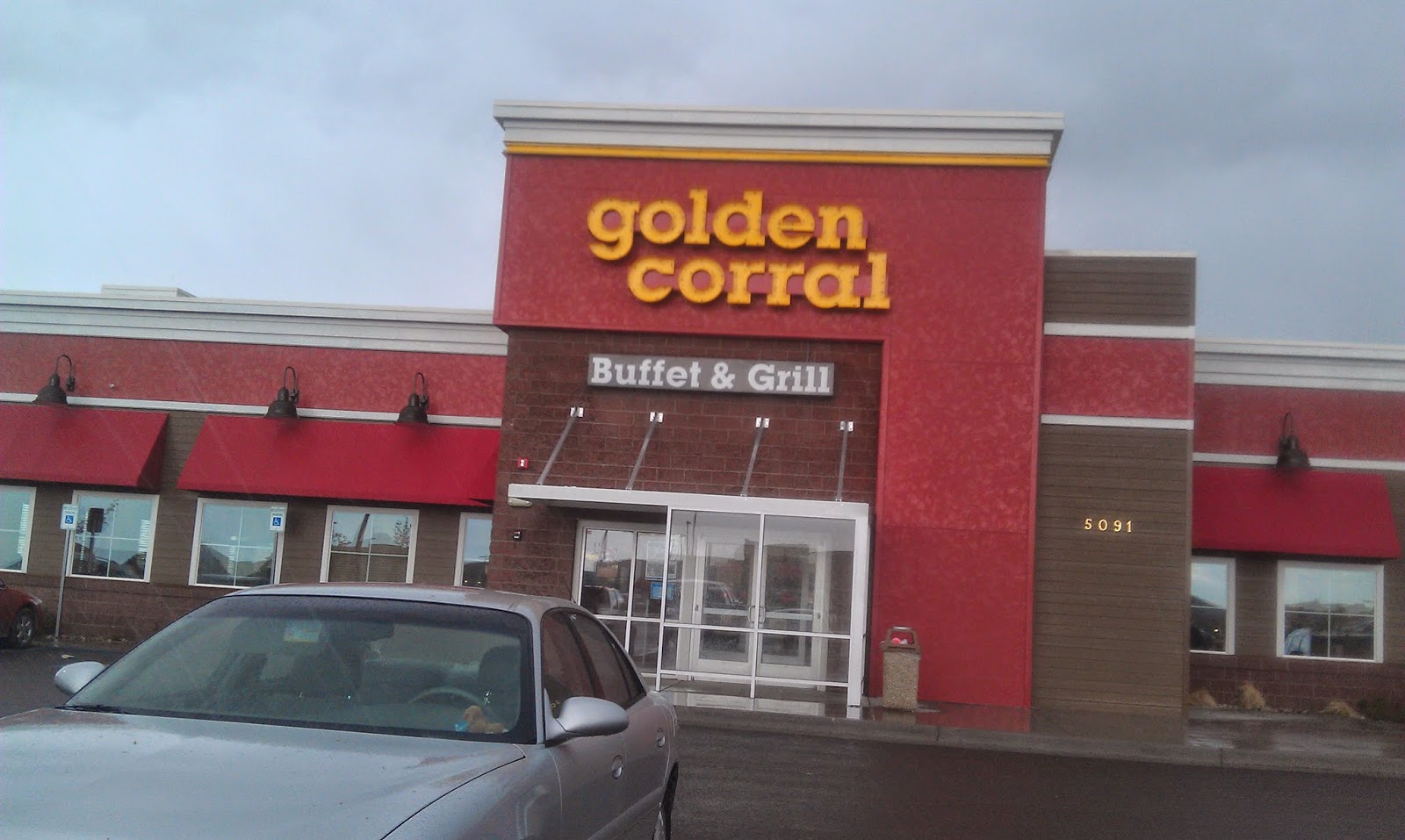 It was another frustrating night at the motel and believe it or not, I just wanted to get home.  I was exhausted and as much as I wanted to visit Ayer's Natural Bridge just outside of Douglas, Wyoming, I just couldn't see myself driving nearly 90 minutes more than I had to.  I also had a number of places I wanted to stop at on the way home.

I did spot a deer along the side of the 220E about half way between Rawlins and Casper and slammed on my breaks for a quick picture.  There is just an abundance of wildlife out there. 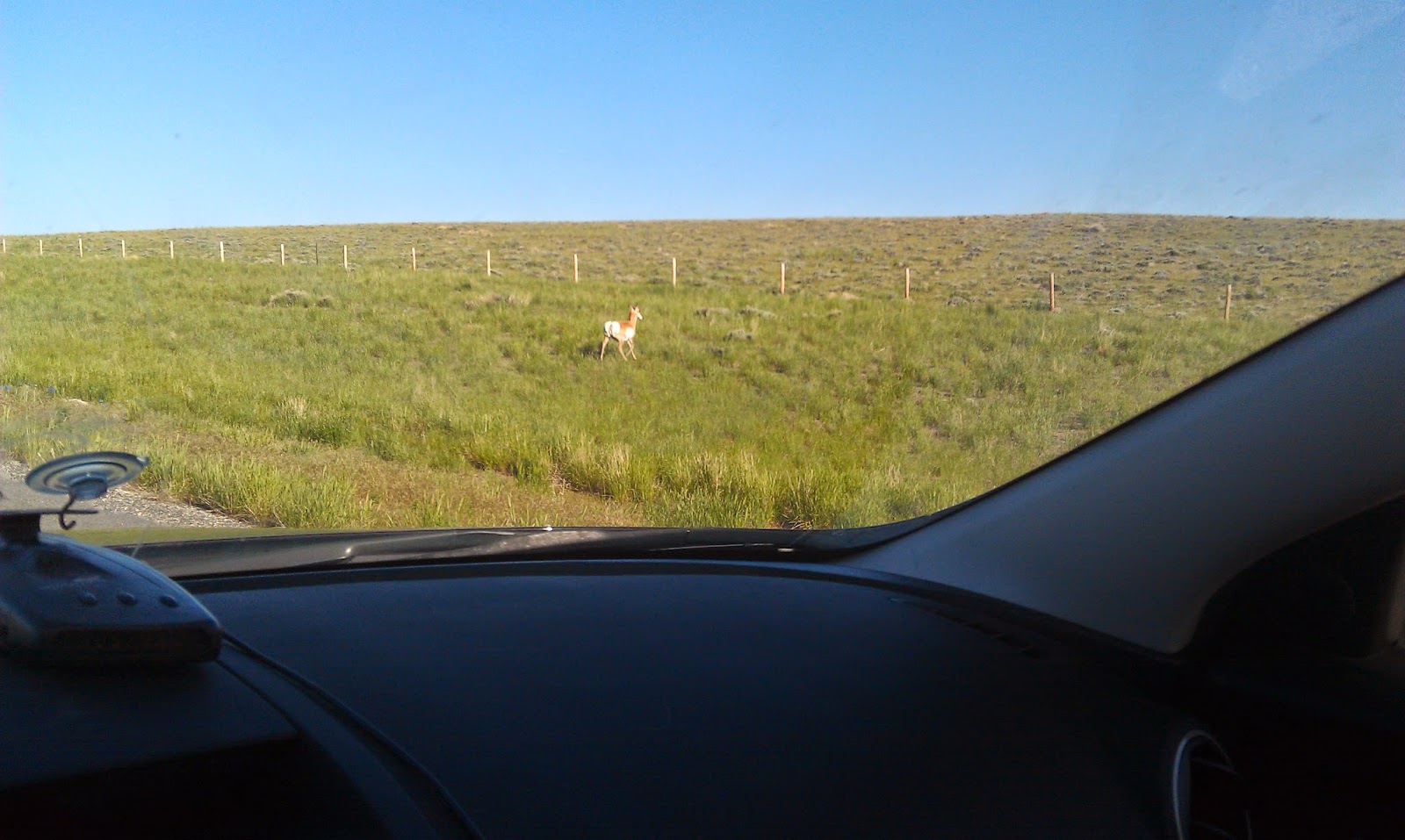 In short, I would definitely visit Casper and do their marathon again.  I don't think I'd make a special trip out there other than to run their race.  There is still more I'd love to see out there and hopefully one day I'll get the chance to go out there again.

This trip was certainly one I will remember for a long time and am glad to share it with you.