On the way to run the Casper Wyoming Marathon I made a point to stop by Independence Rock.  This free tourist attraction is about half way between the city of Casper and Rawlins and is hard to miss.  It simply is a rounded hill in the middle of the prairie.  Also, the area has a nice rest stop.

Independence Rock gets its name from the fact that early pioneers, on there way westward, would stop at this very unique rock and carve their initials into the rock.  Weather, time and vandalism has erased many of the signatures but if you look closely, behind a gated area, you'll see some names are still there.

It was threatening rain when I got there, so I made a quick trip (it wound up spitting rain and getting windy).  I literally ran from my car through the gate and luckily went east where in a few minutes I spotted the signatures. If it wasn't for the bars protecting the area I likely would've missed it.  I decided to run around the entire rock (probably about three quarters of a mile around) and came across a boy scout memorial and another gated area that I discovered afterwards was the grave site of some pioneers.

I was a little under whelmed by this but none the less I could certainly appreciate what I was looking at and it is amazing that the signatures still remain, over 150 years after their initial impressions. 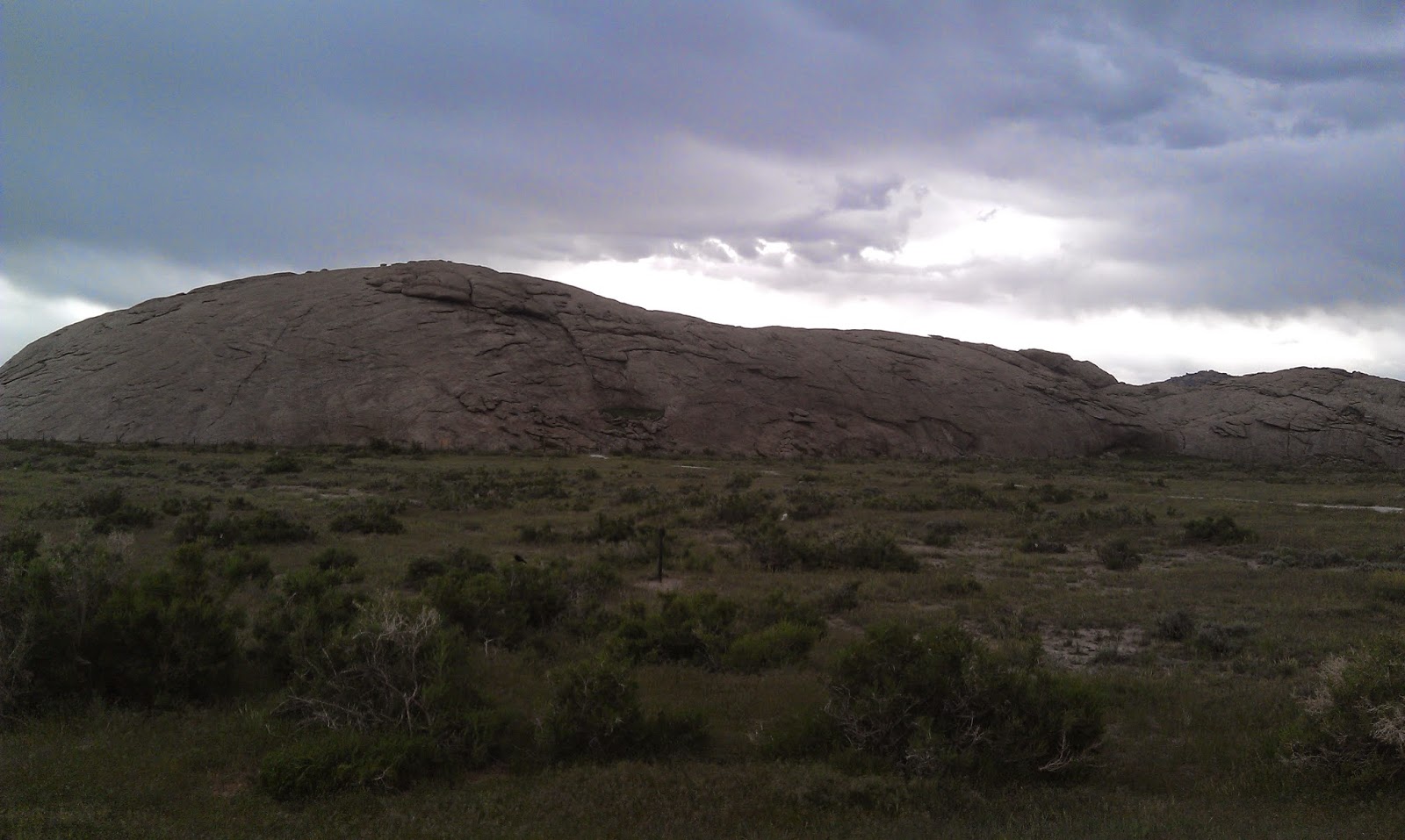 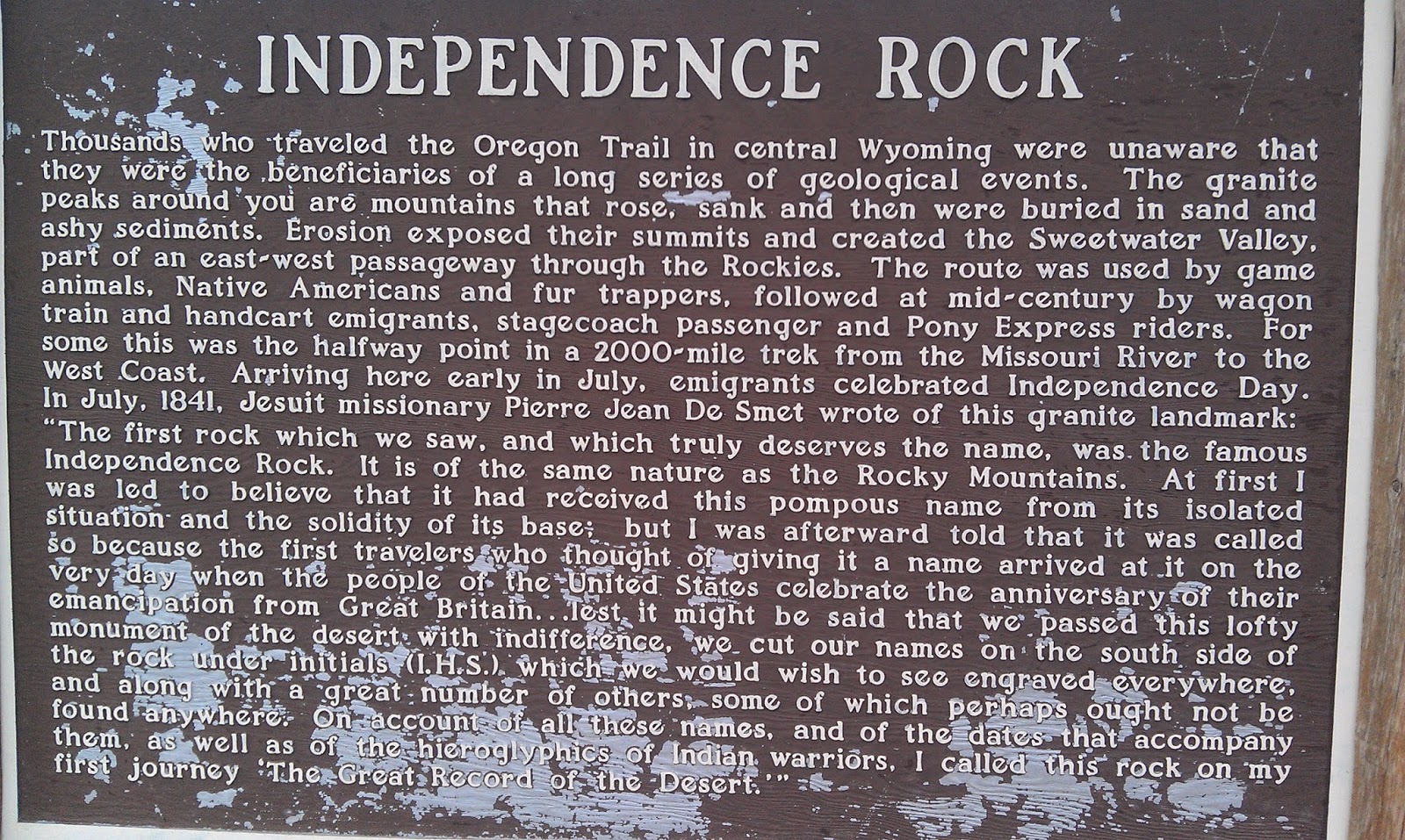 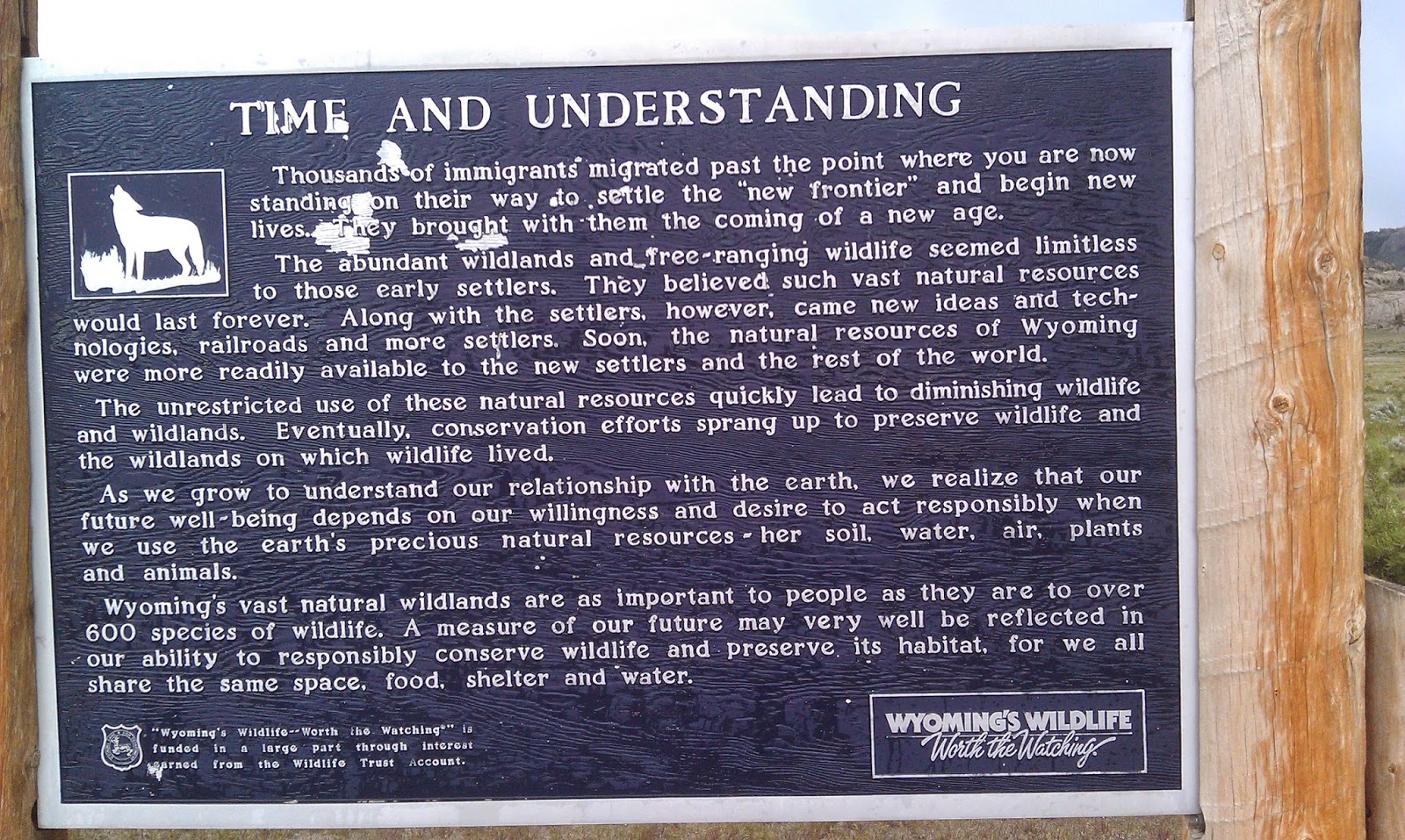 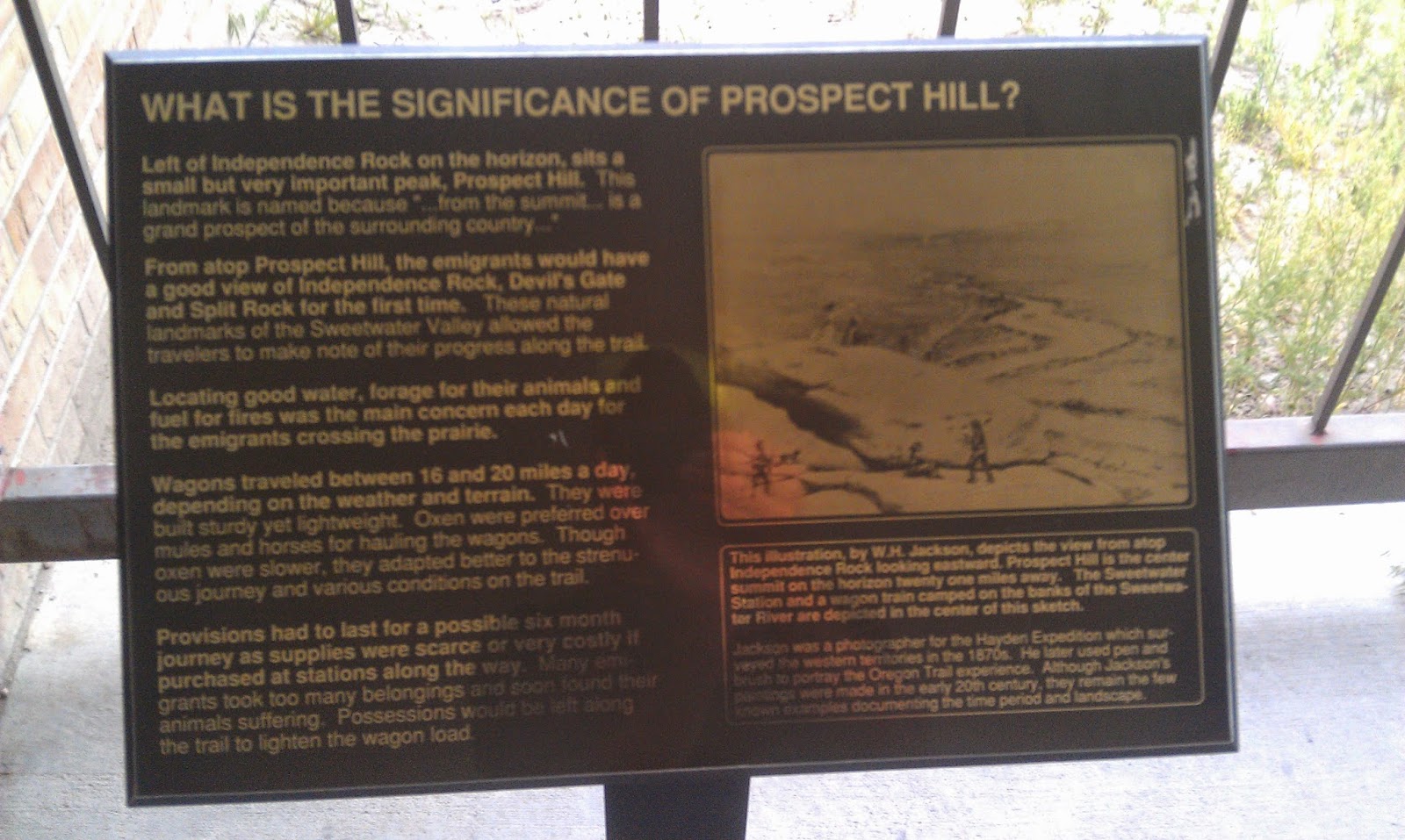 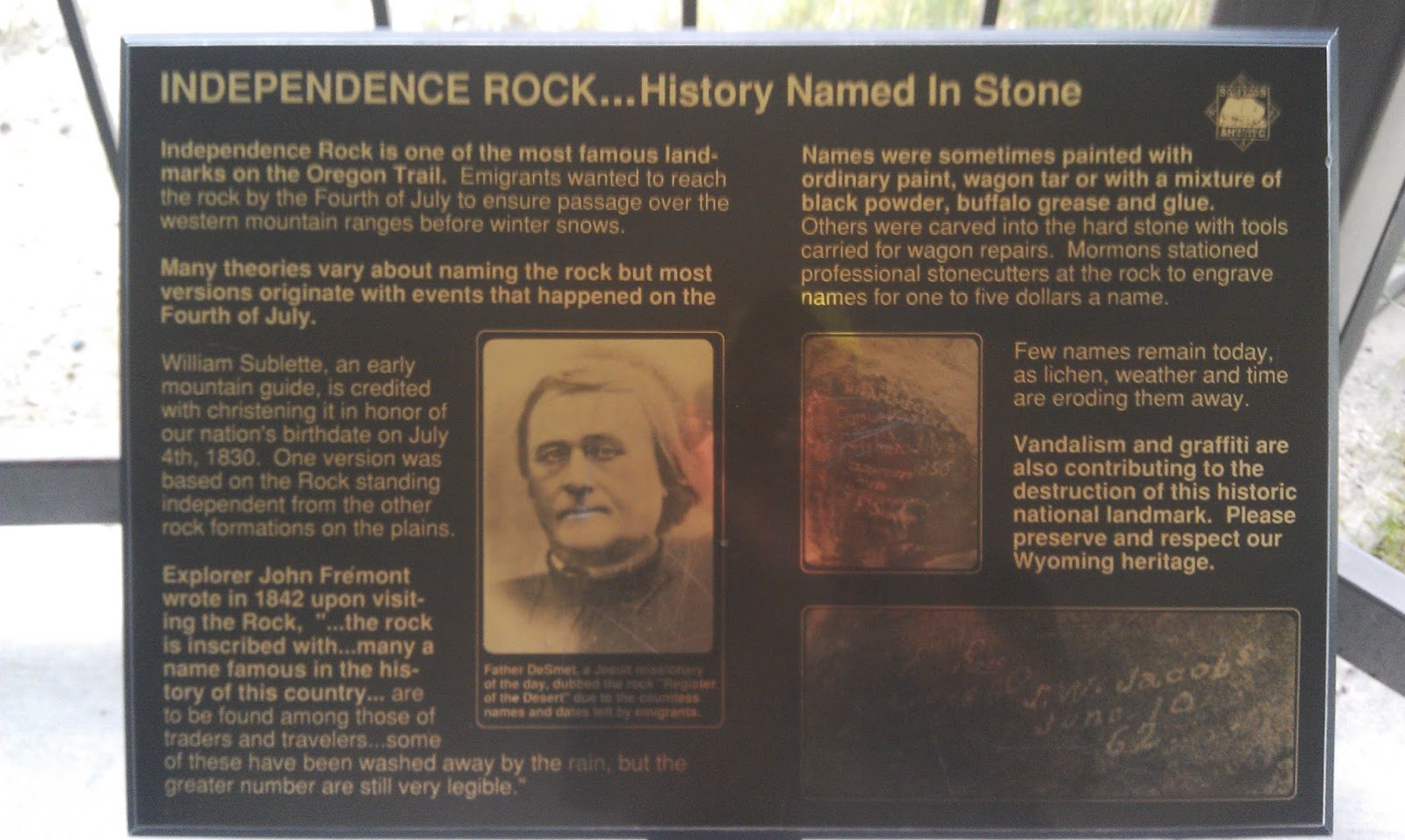 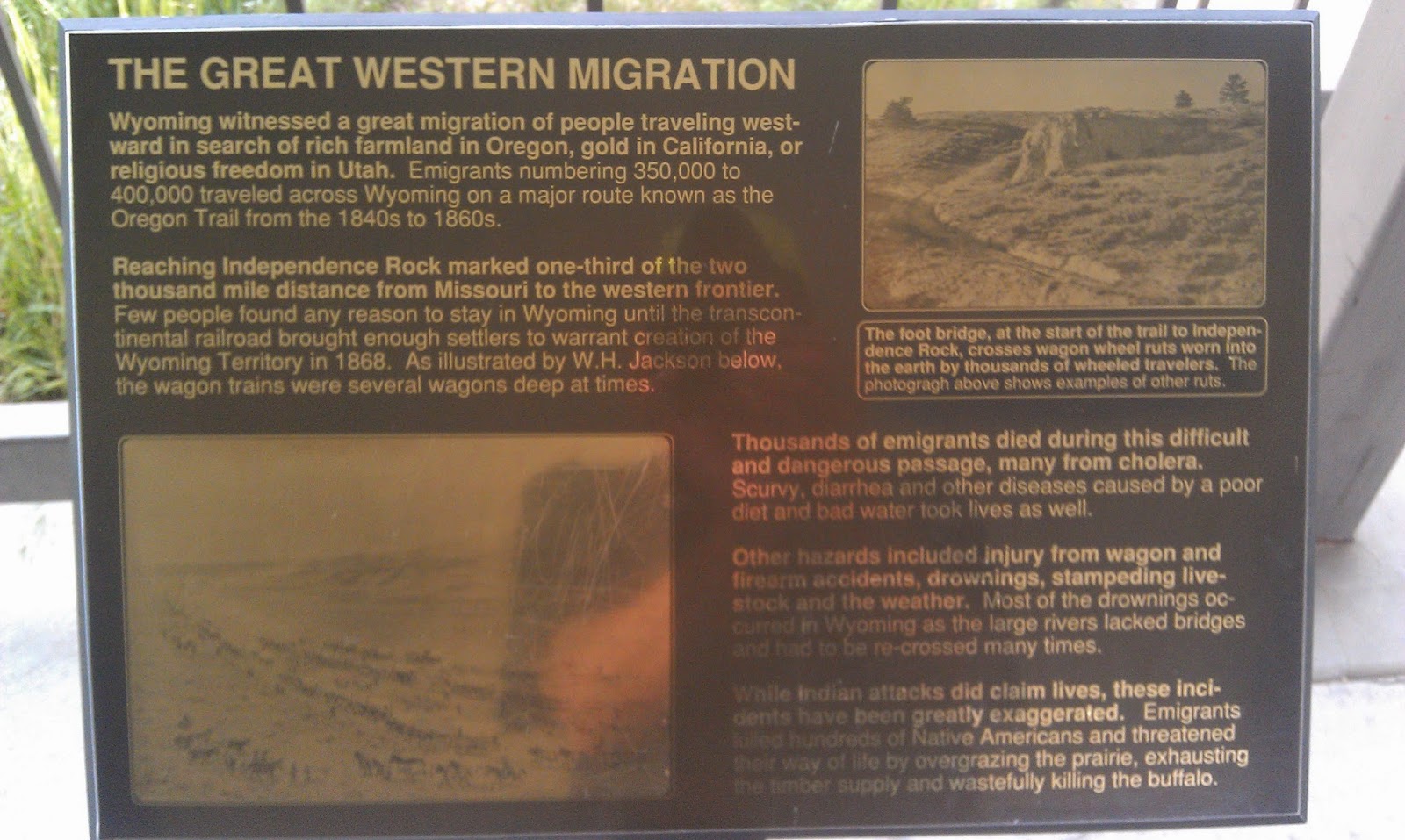 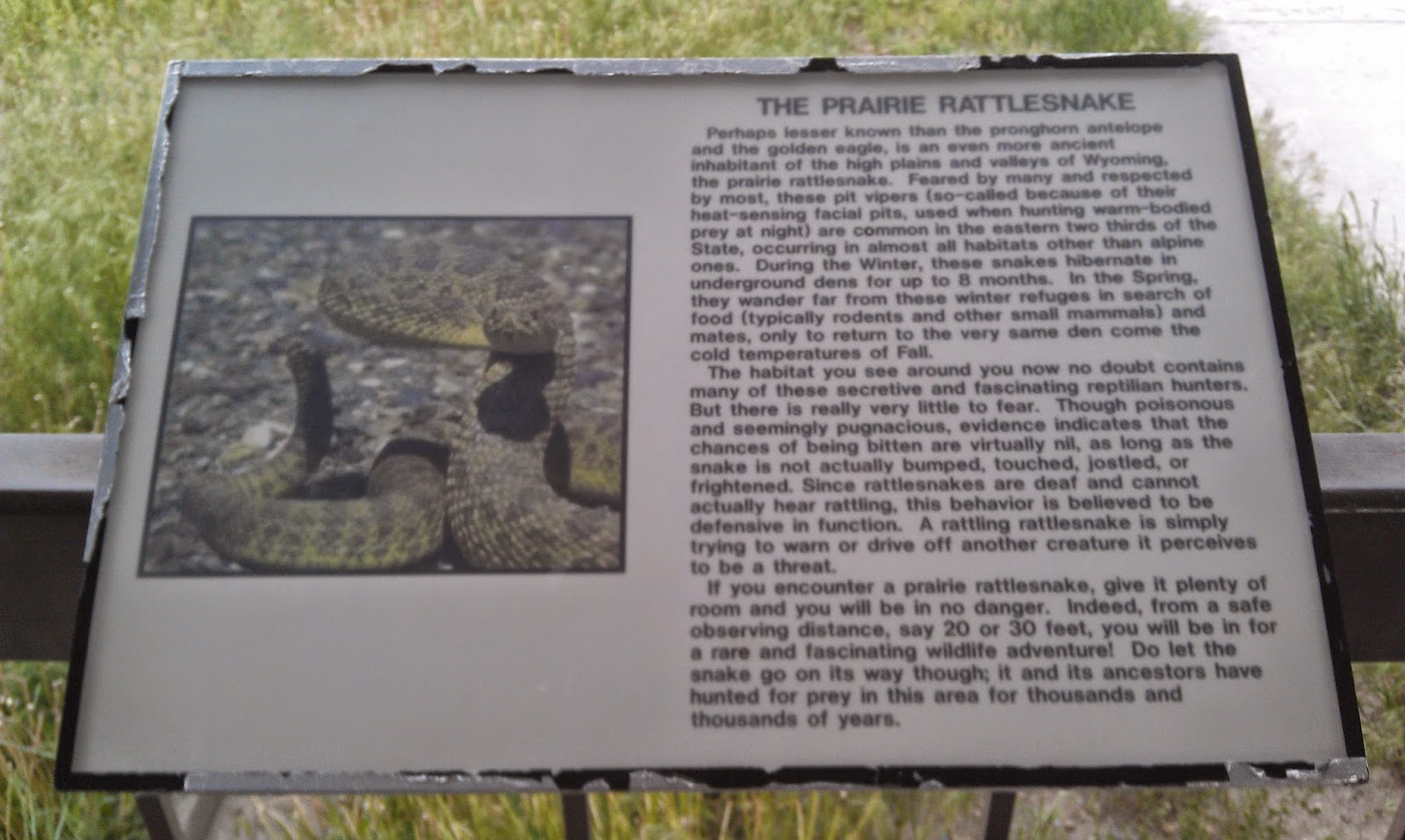 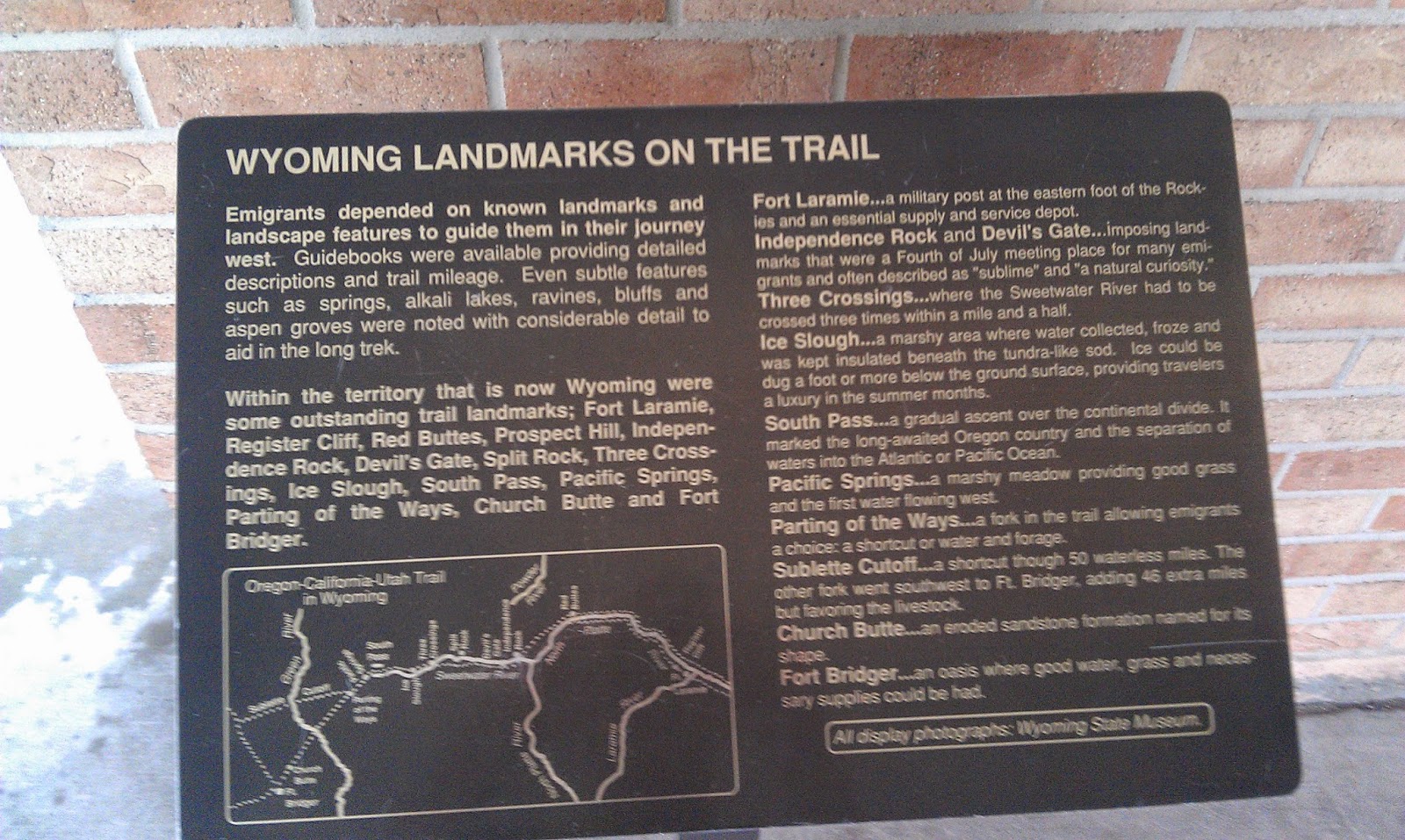 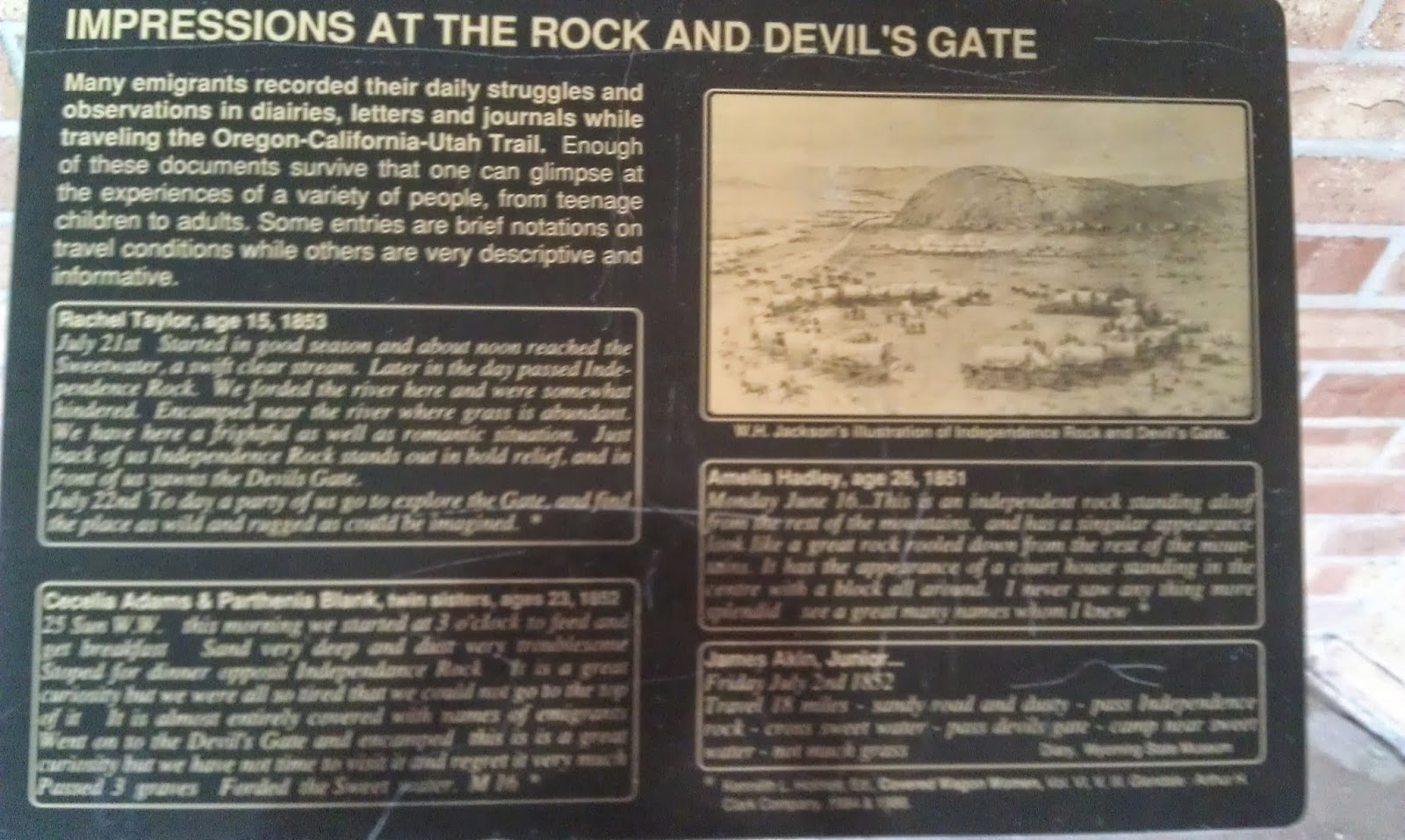 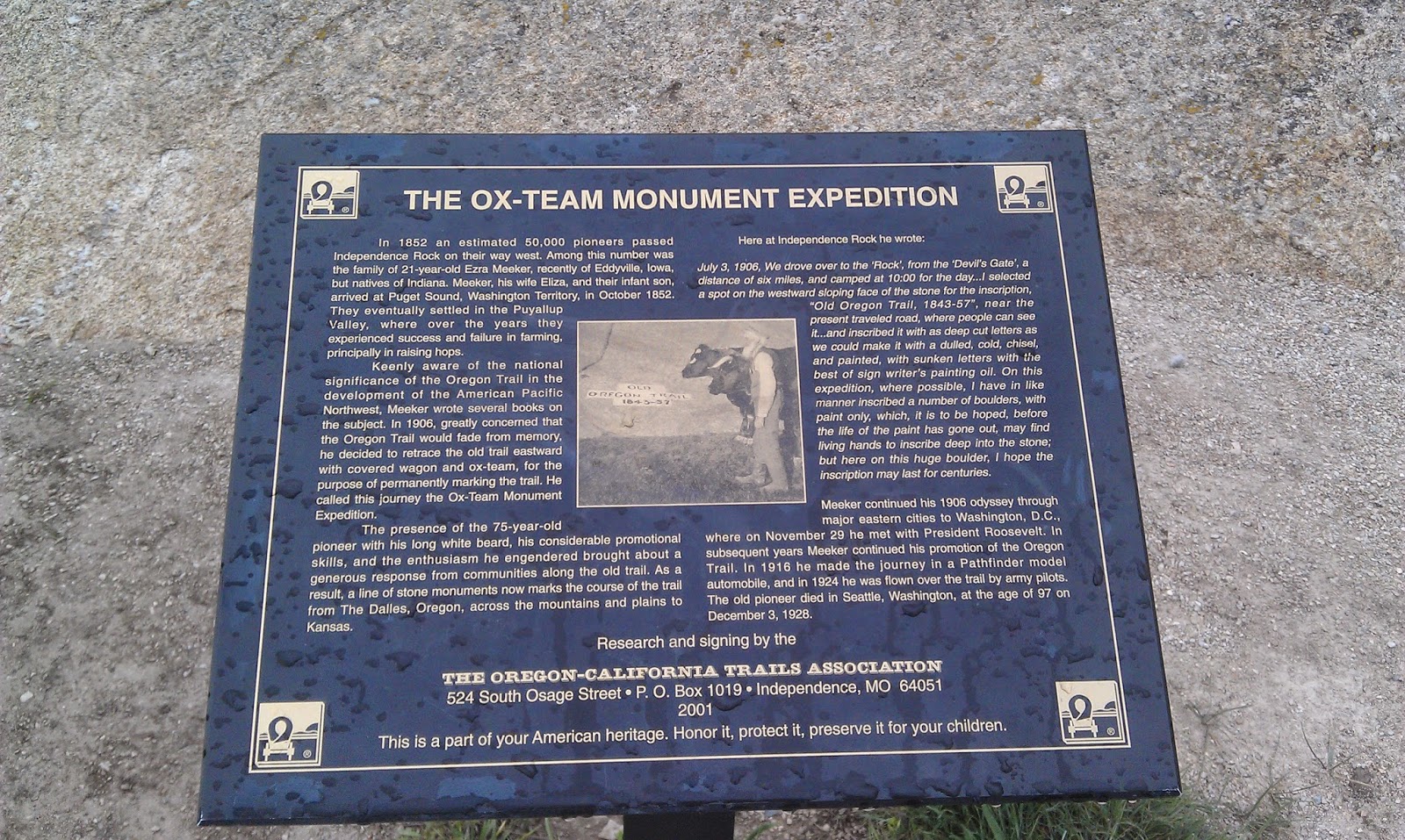 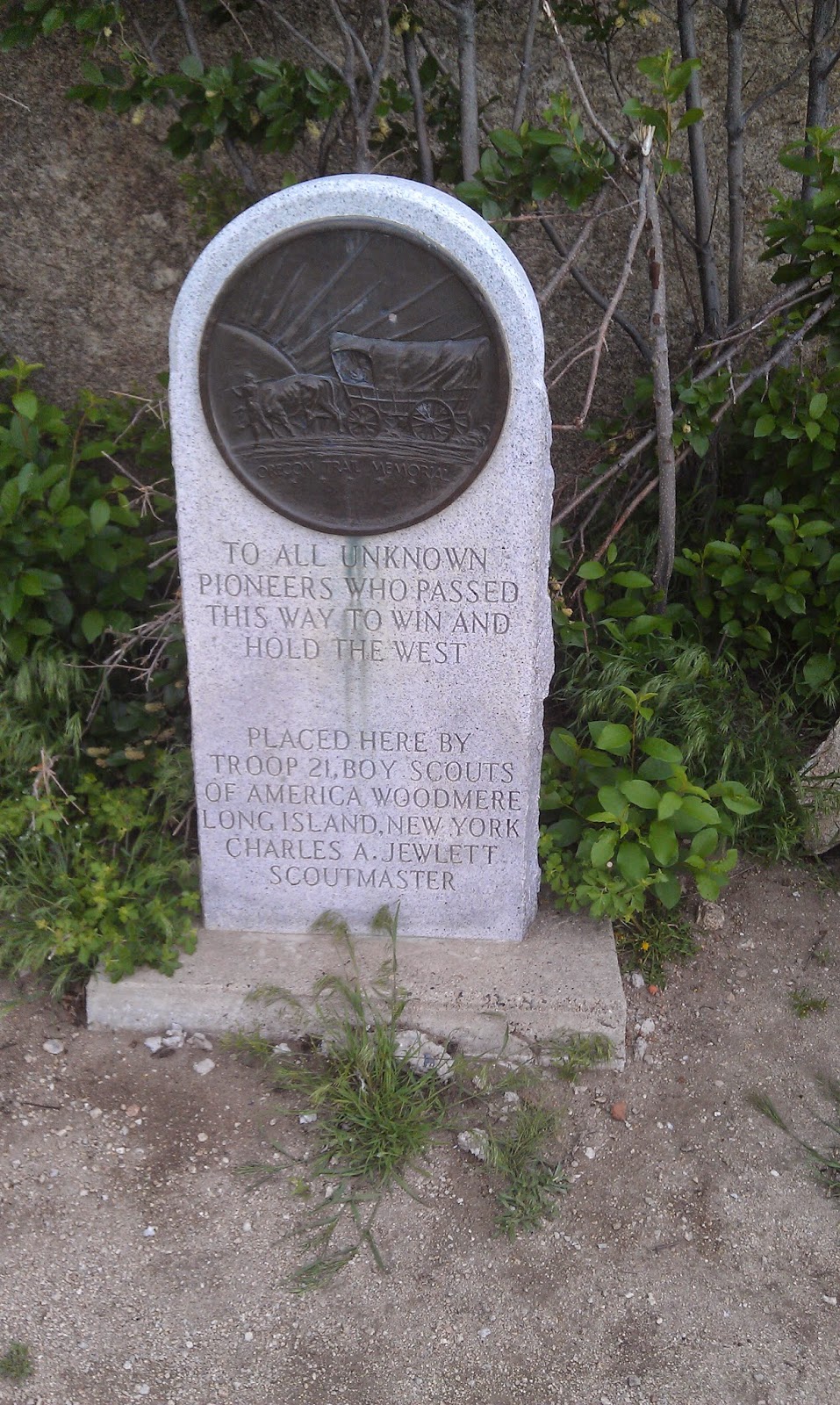 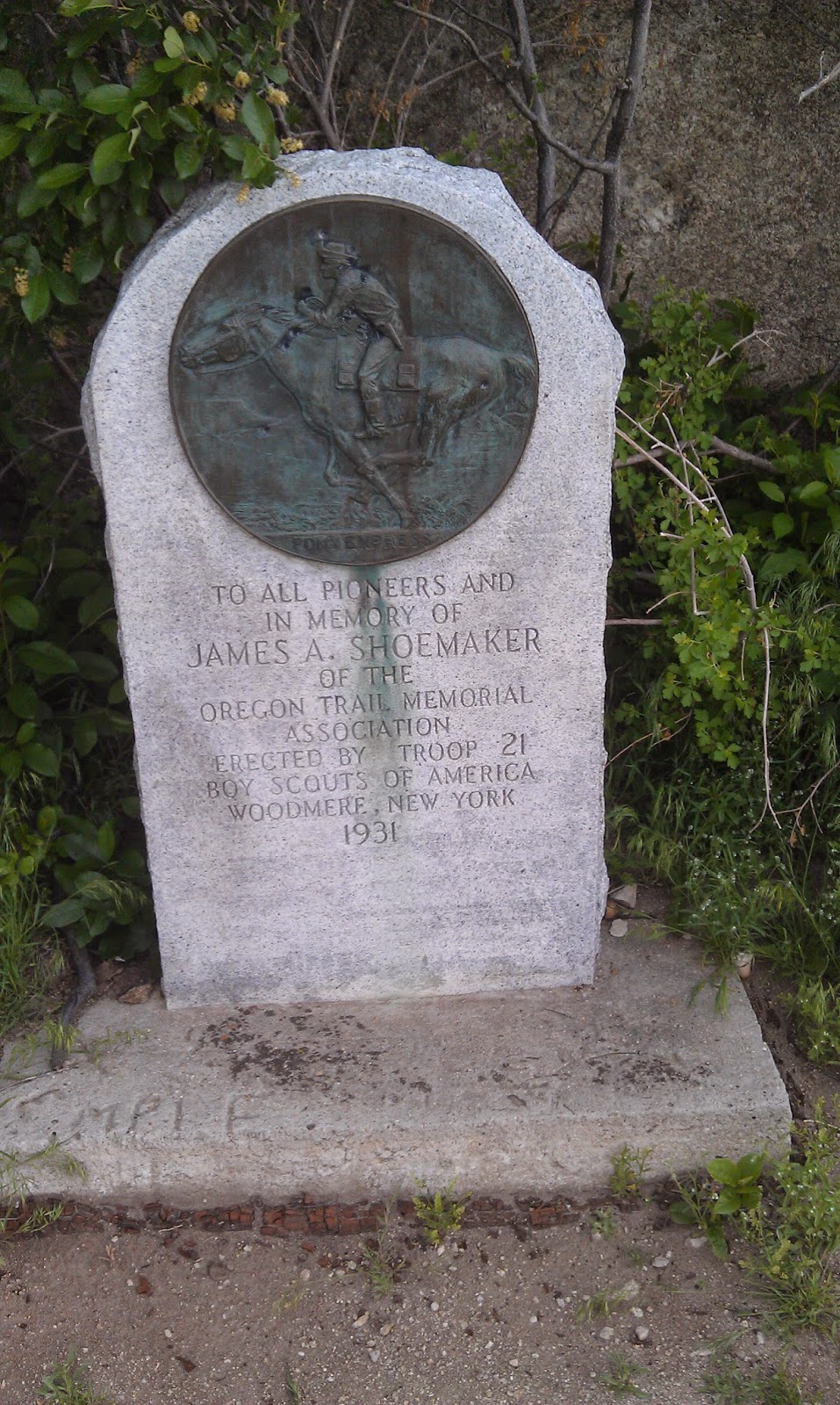 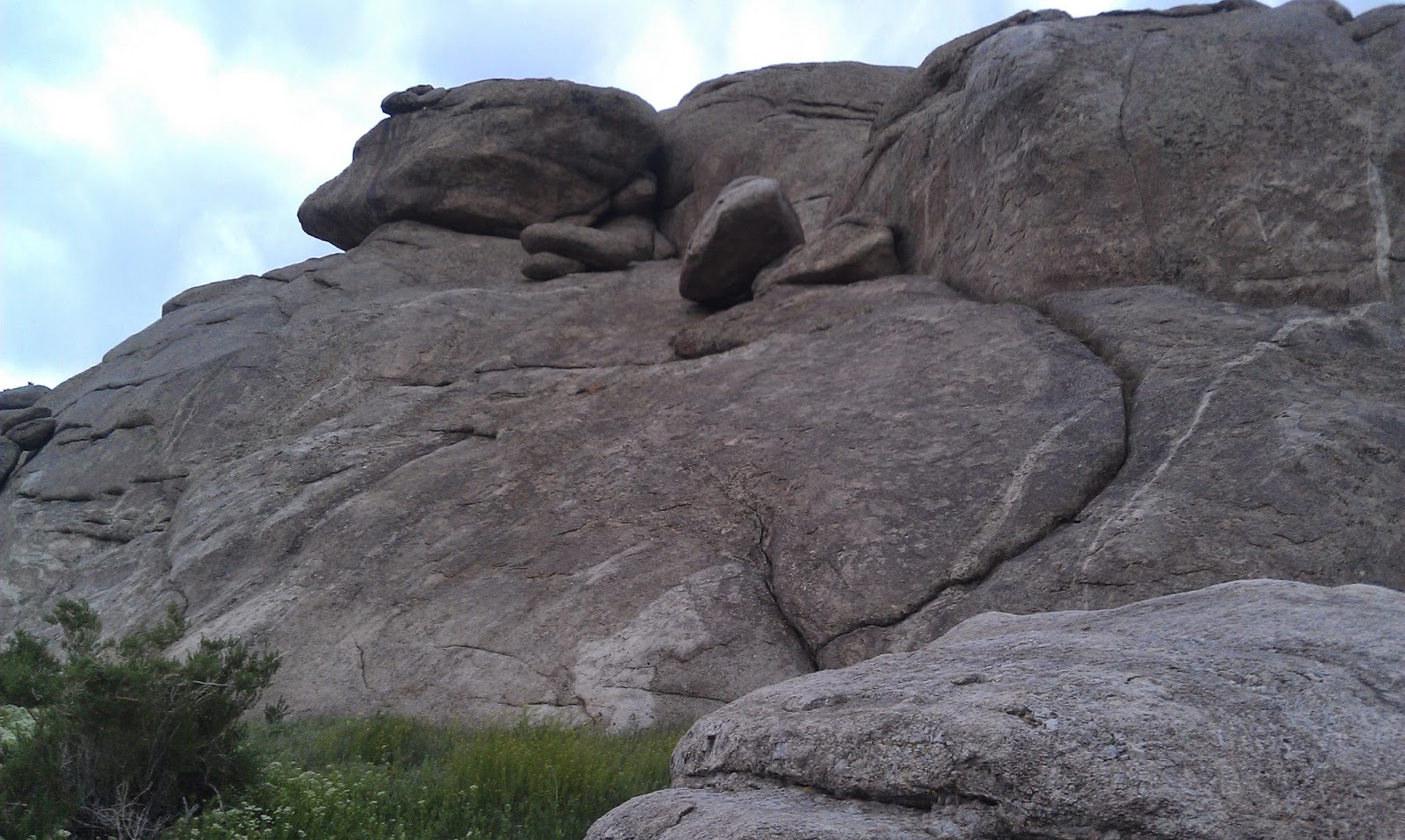 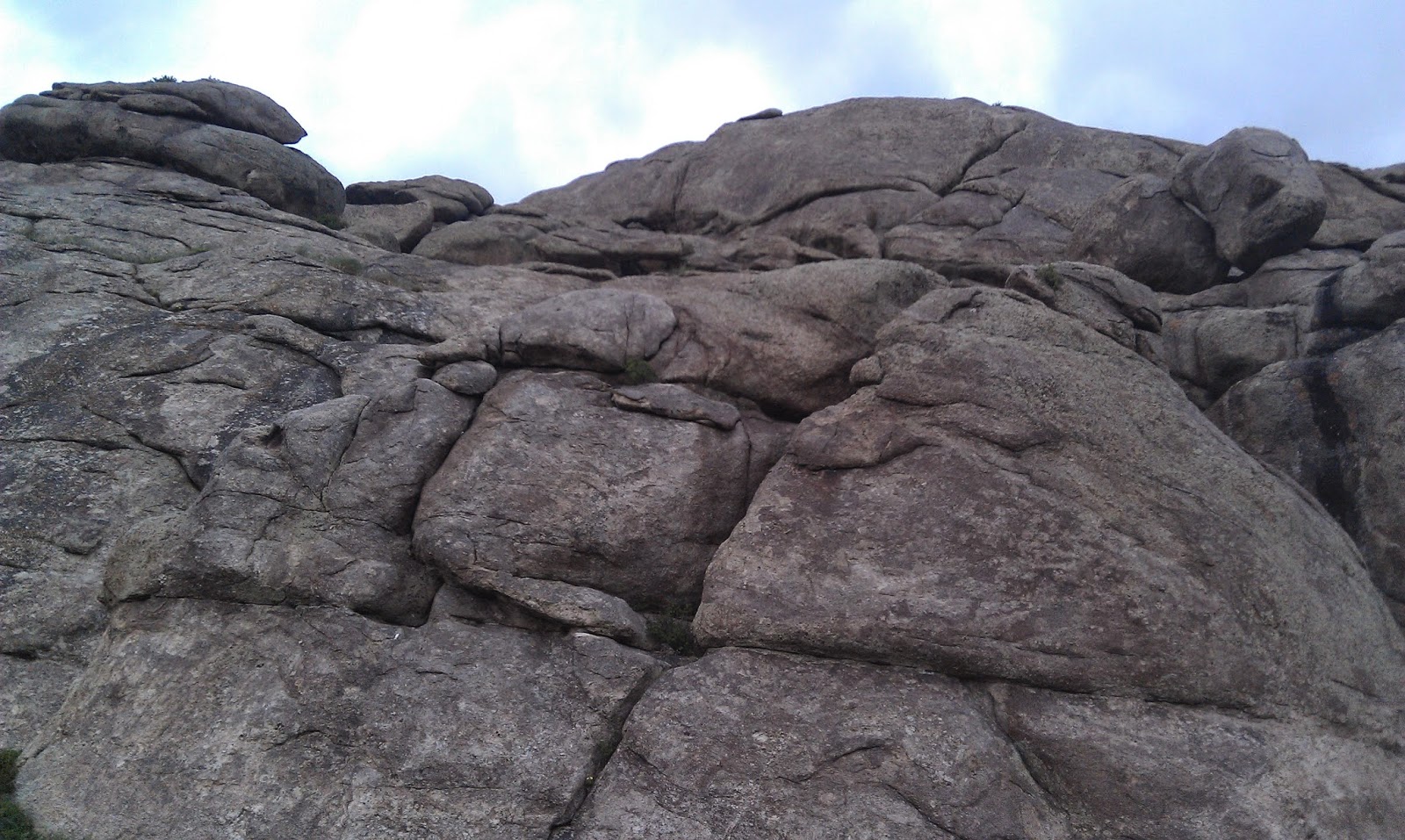 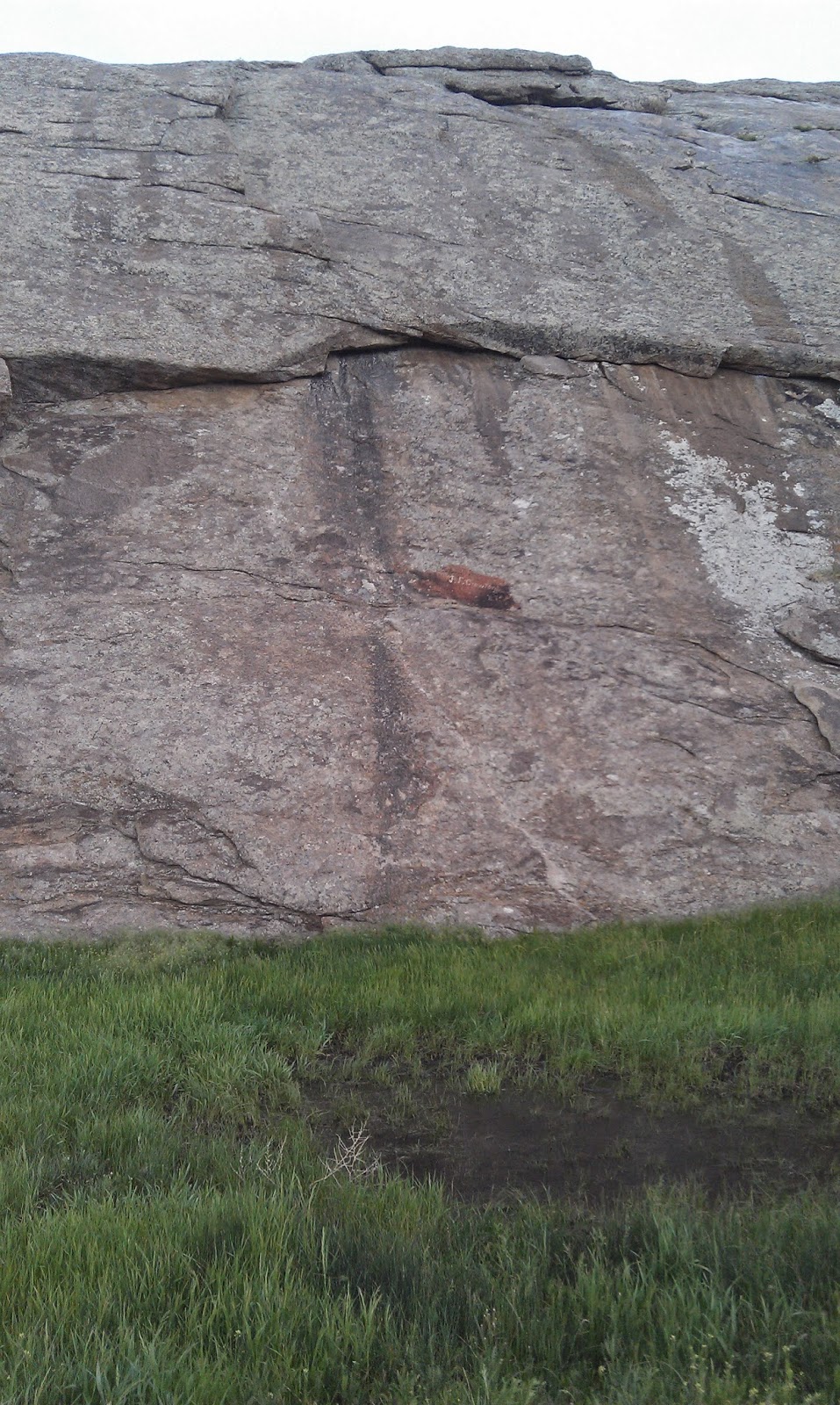 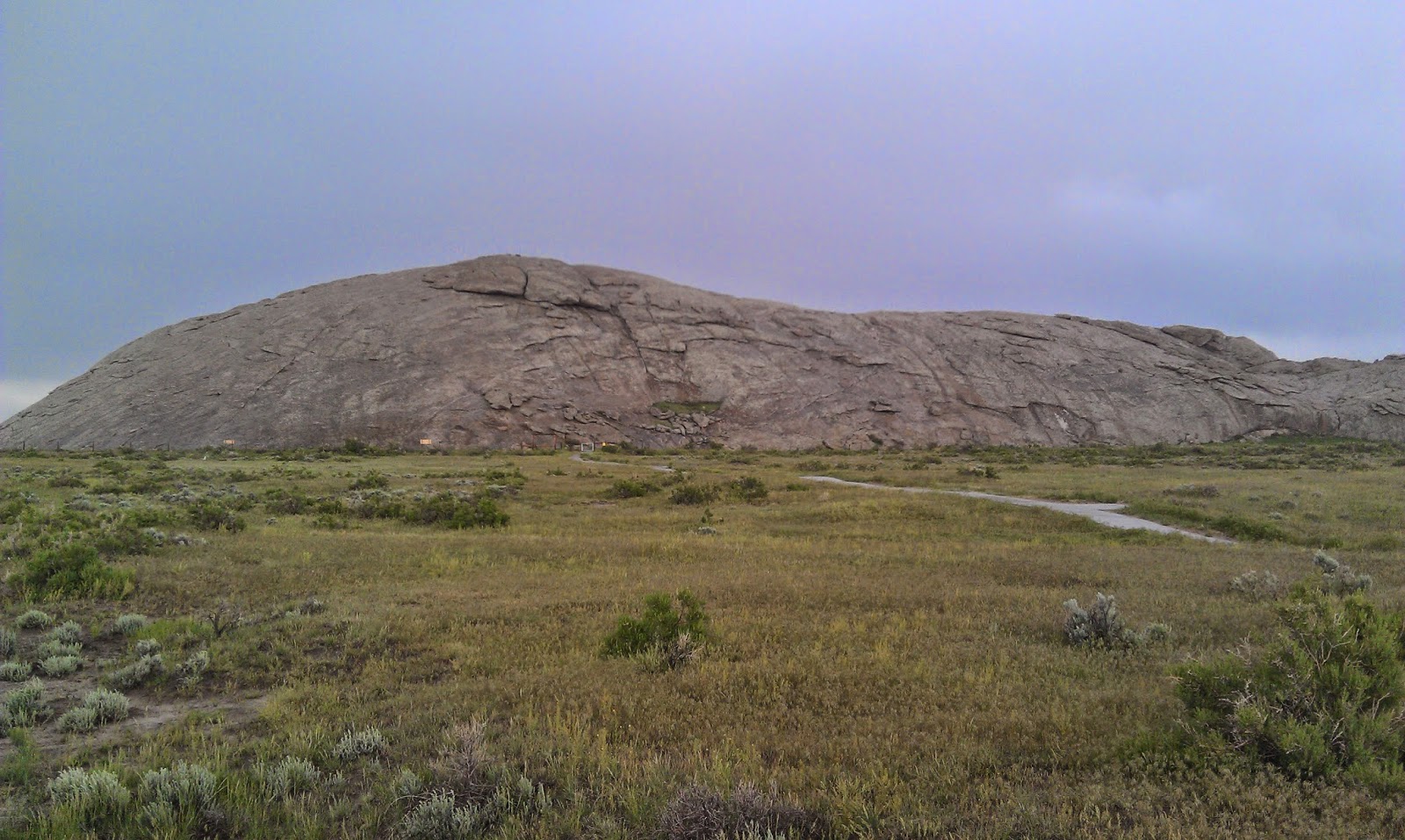