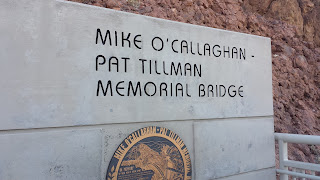 On my way down to Arizona to my new diggs, I decided to stop into the Hoover Dam Lodge for the night.  I had been on the road for 6+ hours and I had another 4 to go before reaching Phoenix.  I've stayed there before and it is a nice hotel and conveniently located near the Hoover Dam and Lake Mead.

Their parking lot backs up to the Train Trail which is the old route that trains took to supply the workers at the Hoover Dam with materials.  The tracks are long gone but the tunnels and the path remains.

Whenever I get a chance, I love to walk or run along this trail.

On Sunday morning I opted to get up early, load up some water in a canteen and make my way to the Hoover Dam.  I almost took a spill when I tripped on a rock on the way down, but other than that, this route is pretty flat and easy to deal with.  I've also run this stretch of trail for a few races, namely the Saints and Sinners Half and the 6 Tunnels Half.

Just as I was closing in on the dam I decided to run across the Pat Tillman bridge and come within inches of crossing into Arizona.  Unfortunately the way is blocked off so you can't quite do it.

I was there pretty early so I had avoided most of the crowds but there were a few people there beating the heat.

It was roughly a 4 mile run from the hotel to the bridge and I took my time.  There are some bathrooms and drinking fountains along the way.  However, I'd definitely bring some of your hydration if the weather is warm.

There are signs directing you to do the dam or bridge so it is hard to get lost.

I love runs like this.  I sort of got the back entrance tour (and it was free) to the dam. 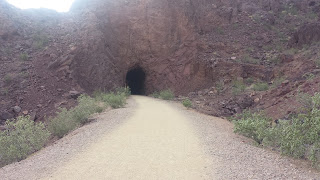 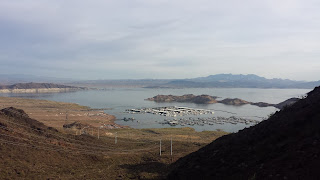 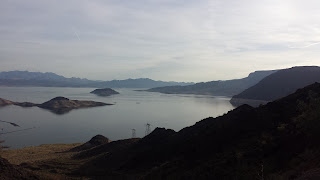 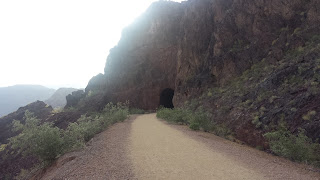 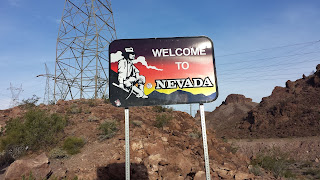 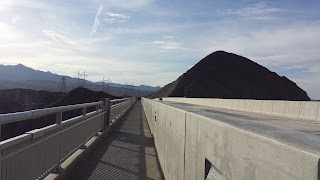 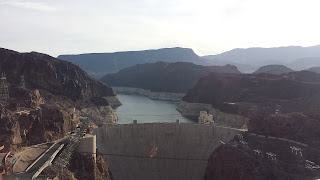 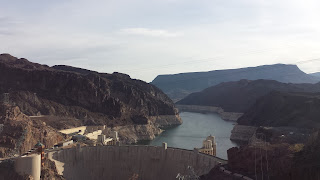 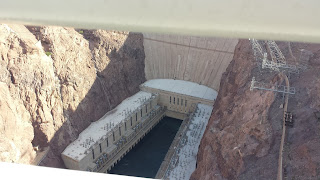 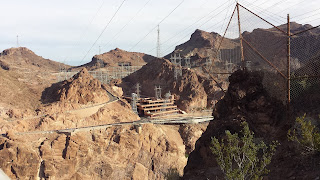 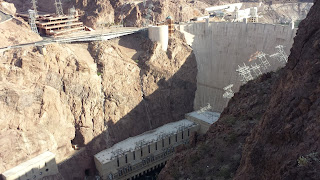 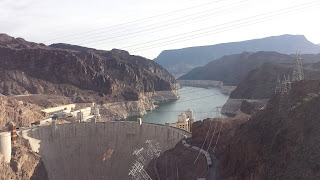